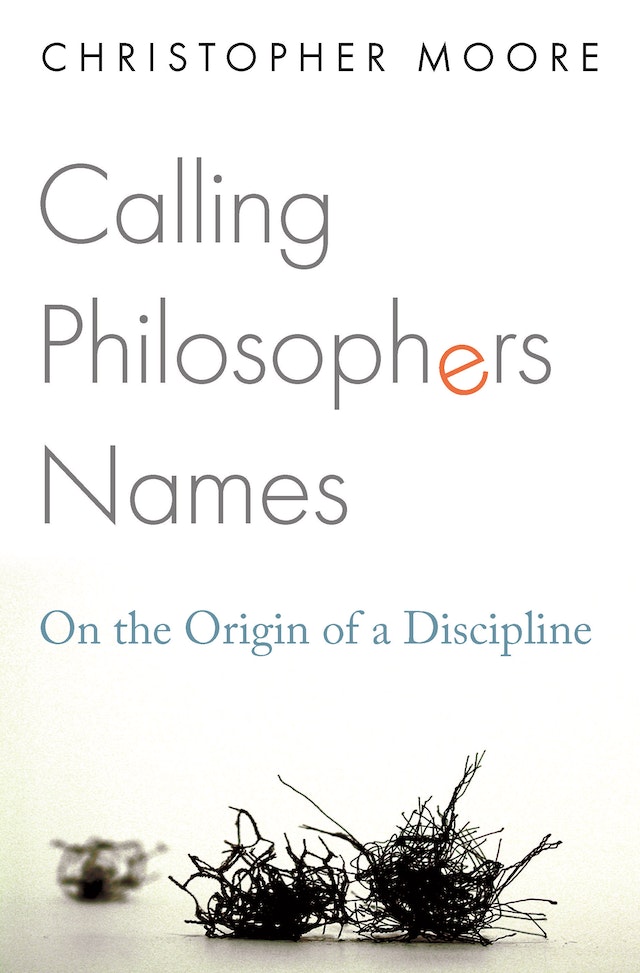 Calling Philosophers Names provides a groundbreaking account of the origins of the term philosophos or “philosopher” in ancient Greece. Tracing the evolution of the word’s meaning over its first two centuries, Christopher Moore shows how it first referred to aspiring political sages and advice-givers, then to avid conversationalists about virtue, and finally to investigators who focused on the scope and conditions of those conversations. Questioning the familiar view that philosophers from the beginning “loved wisdom” or merely “cultivated their intellect,” Moore shows that they were instead mocked as laughably unrealistic for thinking that their incessant talking and study would earn them social status or political and moral authority.

Taking a new approach to the history of early Greek philosophy, Calling Philosophers Names seeks to understand who were called philosophoi or “philosophers” and why, and how the use of and reflections on the word contributed to the rise of a discipline. Drawing on a wide range of evidence, the book demonstrates that a word that began in part as a wry reference to a far-flung political bloc came, hardly a century later, to mean a life of determined self-improvement based on research, reflection, and deliberation. Early philosophy dedicated itself to justifying its own dubious-seeming enterprise. And this original impulse to seek legitimacy holds novel implications for understanding the history of the discipline and its influence.

Christopher Moore is associate professor of philosophy and classics at Pennsylvania State University. He is the author of Socrates and Self-Knowledge.

"This fascinating scholarly book is a breakthrough study about the origins of the term philosopher in Ancient Greece."—Paradigm Explorer

"Extraordinarily rigorous and detailed in its research, this book provides an exciting new perspective on the origins of philosophy in ancient Greece."—Richard Bett, Johns Hopkins University

"Providing a novel account of the emergence of philosophy as a practice from the early fifth century through Aristotle, this book is set to become a central reference on early Greek thought."—Joshua Billings, Princeton University