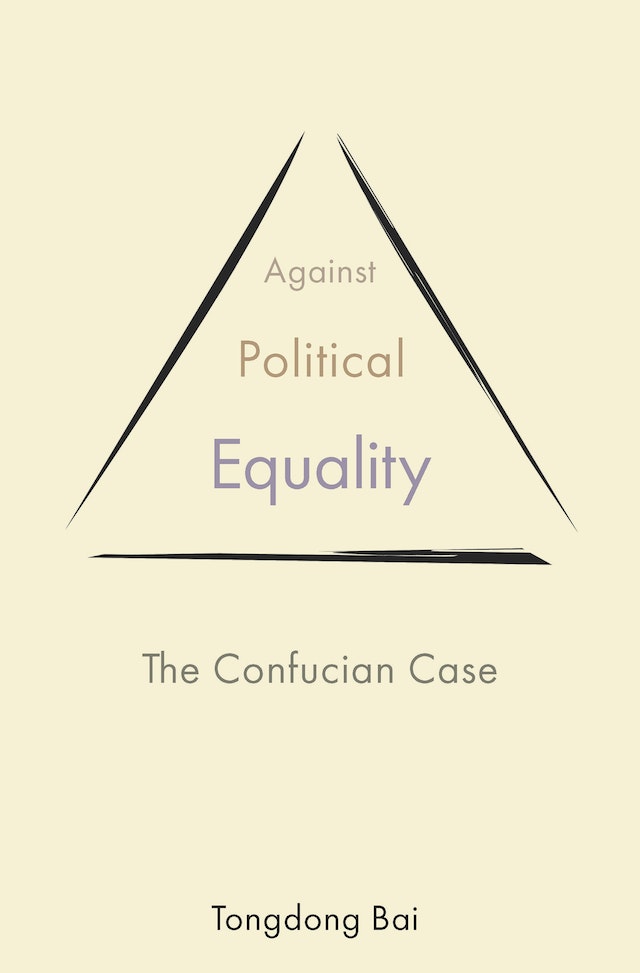 What might a viable political alternative to liberal democracy look like? In Against Political Equality, Tongdong Bai offers a possibility inspired by Confucian ideas.

Bai argues that domestic governance influenced by Confucianism can embrace the liberal aspects of democracy along with the democratic ideas of equal opportunities and governmental accountability to the people. But Confucianism would give more political decision-making power to those with the moral, practical, and intellectual capabilities of caring for the people. While most democratic thinkers still focus on strengthening equality to cure the ills of democracy, the proposed hybrid regime—made up of Confucian-inspired meritocratic characteristics combined with democratic elements and a quasi-liberal system of laws and rights—recognizes that egalitarian qualities sometimes conflict with good governance and the protection of liberties, and defends liberal aspects by restricting democratic ones. Bai applies his views to the international realm by supporting a hierarchical order based on how humane each state is toward its own and other peoples, and on the principle of international interventions whereby humane responsibilities override sovereignty.

"An insightful guide to a mode of thinking becoming ever stronger in a China that has turned strongly against liberalism."—Rana Mitter, Financial Times

"Bai possesses a rare combination of expertise in contemporary political philosophy and classical textual exegesis. He occupies his own well-defined territory in the intellectual and ideological landscape of contemporary Chinese political thought, and Against Political Equality is a welcome and much-needed addition to the field."—Justin Tiwald, San Francisco State University

"In this rich, engaging, and important book, Bai’s perspective is that of a contemporary political philosopher influenced by both early Confucianism and Rawls. He thinks creatively about the challenges and needs of contemporary polities, and Against Political Equality is well-argued, provocative, and methodologically sound. This is a significant contribution to the emerging literature on Confucian political philosophy, and will attract much notice."—Stephen C. Angle, Wesleyan University