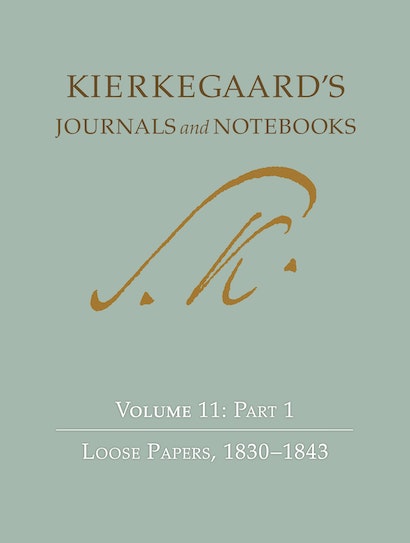 Volume 11, Parts 1 and 2, present an exciting, enlightening, and enormously varied treasure trove of papers that were found, carefully sorted and stored by Kierkegaard himself, in his apartment after his death. These papers—many of which have never before been published in English—provide a window into many different aspects of Kierkegaard’s life and creativity. Volume 11, Part 2, includes writings from the period between 1843, the year in which he published his breakthrough Either/Or, and late September 1855, a few weeks before his death, when he recorded his final reflections on “Christendom.” Among the highlights are Kierkegaard’s famous description of the “Great Earthquake” that shaped his life; his early reflections on becoming an author; his important, though never-delivered, lectures on “The Dialectic of Ethical and Ethical-Religious Communication”; and his final, incandescent assault on the tendency—new in his time—to harness Christianity in support of a specific social and political order.