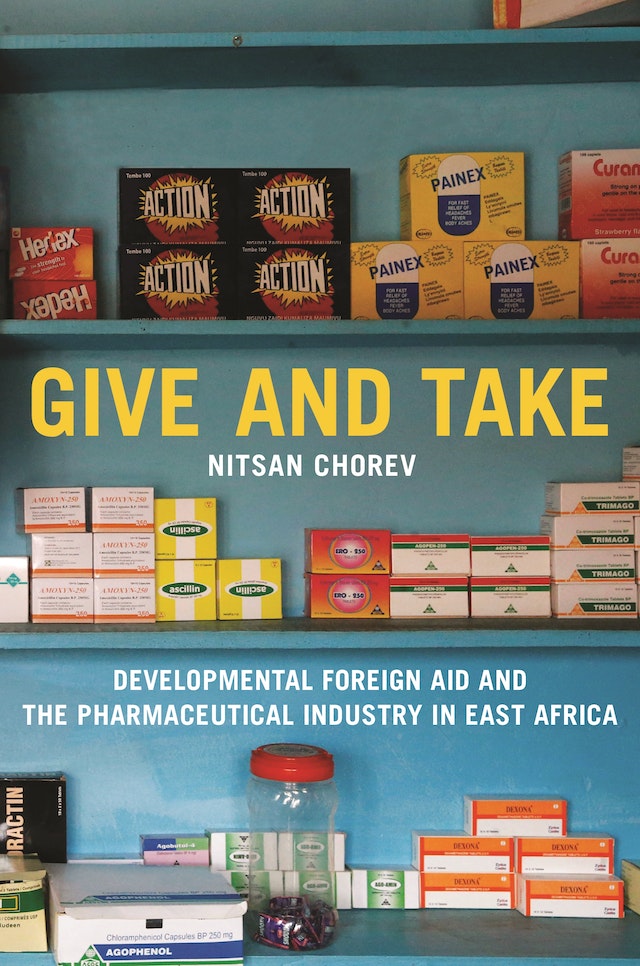 Give and Take looks at local drug manufacturing in Kenya, Tanzania, and Uganda, from the early 1980s to the present, to understand the impact of foreign aid on industrial development. While foreign aid has been attacked by critics as wasteful, counterproductive, or exploitative, Nitsan Chorev makes a clear case for the effectiveness of what she terms “developmental foreign aid.”

Against the backdrop of Africa’s pursuit of economic self-sufficiency, the battle against AIDS and malaria, and bitter negotiations over affordable drugs, Chorev offers an important corrective to popular views on foreign aid and development. She shows that when foreign aid has provided markets, monitoring, and mentoring, it has supported the emergence and upgrading of local production. In instances where donors were willing to procure local drugs, they created new markets that gave local entrepreneurs an incentive to produce new types of drugs. In turn, when donors enforced exacting standards as a condition to access those markets, they gave these producers an incentive to improve quality standards. And where technical know-how was not readily available and donors provided mentoring, local producers received the guidance necessary for improving production processes.

Without losing sight of domestic political-economic conditions, historical legacies, and foreign aid’s own internal contradictions, Give and Take presents groundbreaking insights into the conditions under which foreign aid can be effective.

Nitsan Chorev is the Harmon Family Professor of Sociology and International and Public Affairs at Brown University. She is the author of The World Health Organization between North and South and Remaking U.S. Trade Policy.

"Hands down the best book ever written on foreign aid! Chorev moves past tired debates on whether foreign aid makes a difference, to provide an in-the-trenches, evidence-based, paradigm-shifting analysis of how foreign aid can make a difference. A must-read for all funders, policymakers, and scholars of development."—Jocelyn Viterna, Harvard University

"Drawing on a broad range of sources and displaying an impressive expertise on pharmaceutical markets, Chorev examines the conditions under which foreign aid successfully stimulates local industrial development. The clarity and conceptualization of Chorev’s claims, as well as the sound empirical basis of her work, make this book a towering contribution to discussions about the state, aid, development, and public health."—Monika Krause, London School of Economics and Political Science

"This is the book interdisciplinary scholars on globalization and development have long been hoping for. Taking on one of the world’s intractable problems—foreign aid’s effectiveness—Chorev presents a novel way forward with a brilliant contingent theory that is empirically grounded, conceptually sophisticated, and pragmatically consequential. Give and Take shifts social science scholarship on development into a new phase. This should be mandatory reading for leaders in every institution of global governance and aid and for every OECD foreign ministry and development agency."—Terence C. Halliday, American Bar Foundation and coauthor of Global Lawmakers: International Organizations in the Crafting of World Markets

"Give and Take provides a powerful analysis into the possibilities of using foreign aid to spur industrial development. Chorev intervenes in the debates over aid effectiveness by bringing sociological insights to bear on the subject. This clearly argued book resets the agenda for research on foreign aid and stands to rejuvenate the field in a more effective direction."—Amy A. Quark, author of Global Rivalries: Standards Wars and the Transnational Cotton Trade