An authoritative look at William Blake's life and enduring relevance as a prophetic artist, poet, and printmaker 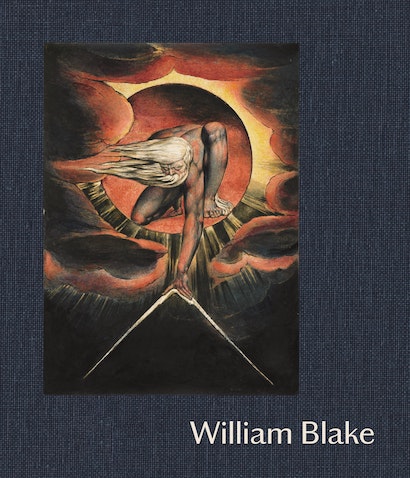 William Blake (1757–1827) created some of the most iconic images in the history of art. He was a countercultural prophet whose personal struggles, technical innovations, and revelatory vision have inspired generations of artists. This marvelously illustrated book explores the biographical, artistic, and political contexts that shaped Blake’s work, and demonstrates why he was a singularly gifted visual artist with renewed relevance for us today.

The book explores Blake’s relationship with the art world of his time and provides new perspectives on his craft as a printmaker, poet, watercolorist, and painter. It makes sense of the profound historical forces with which he contended during his lifetime, from revolutions in America and France to the dehumanizing effects of industrialization. Readers gain incomparable insights into Blake’s desire for recognition and commercial success, his role as social critic, his visionary experience of London, his hatred of empire, and the bitter disappointments that drove him to retire from the world in his final years. What emerges is a luminous portrait of a complicated and uncompromising artist who was at once a heretic, mystic, saint, and cynic.

With an afterword by Alan Moore, this handsome volume features many of the most sublime and exhilarating images Blake ever produced. It brings together watercolors, paintings, and prints, and draws from such illuminated masterpieces as Songs of Innocence and of Experience, Europe a Prophecy, and apocalyptic works such as Milton and Jerusalem.

Published in association with Tate

Martin Myrone is senior curator of pre-1800 British art at Tate and visiting tutor in the history of art at the University of York. His books include The Blake Book and Bodybuilding: Reforming Masculinities in British Art, 1750–1810. Amy Concannon is curator of British art, 1790–1850, at Tate. Alan Moore is widely regarded as one of the most influential writers in the history of comics. His acclaimed graphic novels include From Hell and V for Vendetta.

"Published to accompany the major, one-stop-only Blake retrospective now at the Tate Britain (through Feb. 2), this beautiful book distills the spirit of the revolutionary poet, artist and prophet-saint of what we now call social justice. The scholar E. P. Thompson once said that to study Blake (1757-1827) is to realize that there are “a great many William Blakes.” And there’s a new one to be found here at every turn of the page."—Holland Cotter, The New York Times

"With its art-historical focus, [William Blake] helpfully contextualizes Blake while still acknowledging his originality. Thus, it will be especially valuable for those new to Blake and the art of his time, but it will also be useful to Blake scholars focused on literature."—D.D. Schierenbec, Choice