An exploration of the interdisciplinary methods used to understand religious practice 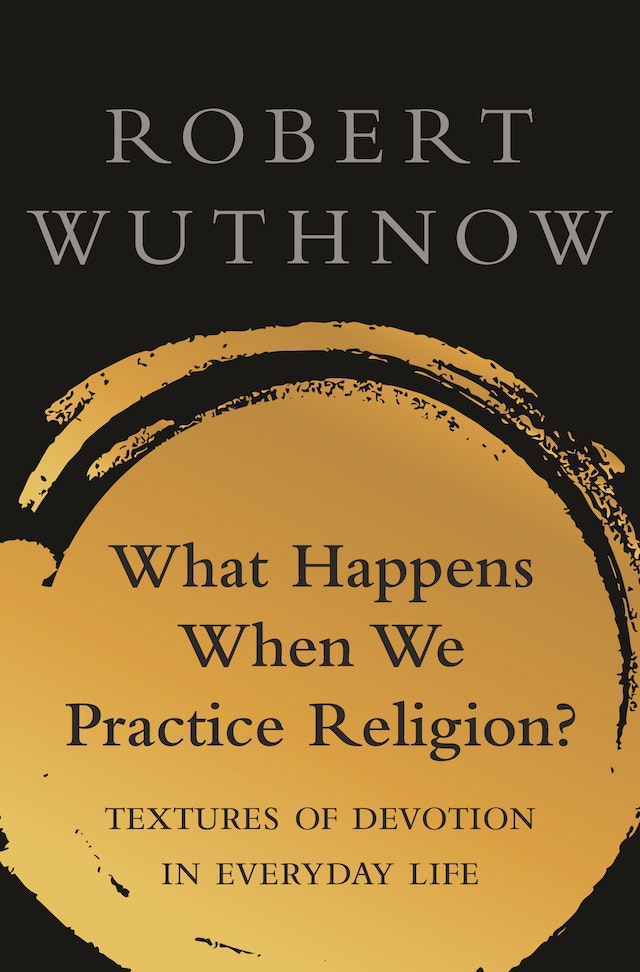 Religion is commonly viewed as something that people practice, whether in the presence of others or alone. But what do we mean exactly by “practice”? What approaches help to answer this question? What Happens When We Practice Religion? delves into the central concepts, arguments, and tools used to understand religion today.

Throughout the past few decades, the study of religion has shifted away from essentialist arguments that grandly purport to explain what religion is and why it exists. Instead, using methods from anthropology, psychology, religious studies, and sociology, scholars now focus on what people do and say: their daily religious habits, routines, improvisations, and adaptations. Robert Wuthnow shows how four intersecting areas of inquiry—situations, intentions, feelings, and bodies—shed important light on religious practice, and he explores such topics as the role of religious experiences in sacred spaces, gendered social relationships, educational settings, the arts, meditation, and ritual.

Suitable for undergraduate and graduate courses, What Happens When We Practice Religion? provides insights into the diverse ways that religion manifests in ordinary life.

Robert Wuthnow is the Gerhard R. Andlinger '52 Professor of Social Sciences at Princeton University. His many books include The Left Behind and Rough Country (both Princeton).

"With his characteristic insight and erudition, Robert Wuthnow has produced another gem of a book. What Happens When We Practice Religion? is a broad-ranging and generous text, distilling several generations' worth of social scientific work on the paradigms of practice that will engage newcomers and old-timers alike."—Matthew Engelke, Columbia University

"This highly interdisciplinary book offers an integrated theoretical framework and a set of research tools for probing religious practice more deeply. Robert Wuthnow weaves together a vast amount of literature that clearly and effectively advances his arguments."—Ann Taves, University of California, Santa Barbara