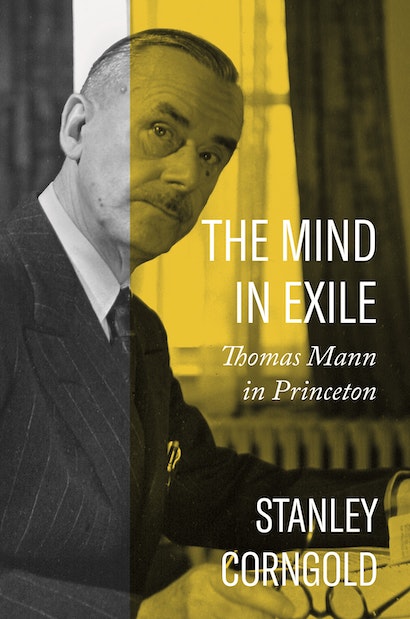 In September 1938, Thomas Mann, the Nobel Prize-winning author of Death in Venice and The Magic Mountain, fled Nazi Germany for the United States. Heralded as “the greatest living man of letters,” Mann settled in Princeton, New Jersey, where, for nearly three years, he was stunningly productive as a novelist, university lecturer, and public intellectual. In The Mind in Exile, Stanley Corngold portrays in vivid detail this crucial station in Mann’s journey from arch-European conservative to liberal conservative to ardent social democrat.

On the knife-edge of an exile that would last fully fourteen years, Mann declared, “Where I am, there is Germany. I carry my German culture in me.” At Princeton, Mann nourished an authentic German culture that he furiously observed was “going to the dogs” under Hitler. Here, he wrote great chunks of his brilliant novel Lotte in Weimar (The Beloved Returns); the witty “Legend of India,” titled The Transposed Heads; and the first chapters of Joseph the Provider, which contain intimations of his beloved President Roosevelt’s economic policies. Each of Mann’s university lectures—on Goethe, Freud, Wagner—attracted nearly 1,000 auditors, among them the baseball catcher, linguist, and O.S.S. spy Moe Berg. Meanwhile, Mann had the political will to travel throughout the United States, where he delivered countless speeches in defense of democratic values.

In Princeton, Mann accomplished his “stupendous capacity for work” in a circle of friends, all highly accomplished exiles, including Hermann Broch, Albert Einstein, and Erich Kahler. The Mind in Exile portrays this luminous constellation of intellectuals at an extraordinary time and place.

Stanley Corngold is professor emeritus of German and comparative literature at Princeton University. His many books include Walter Kaufmann: Philosopher, Humanist, Heretic and Lambent Traces: Franz Kafka (both Princeton).