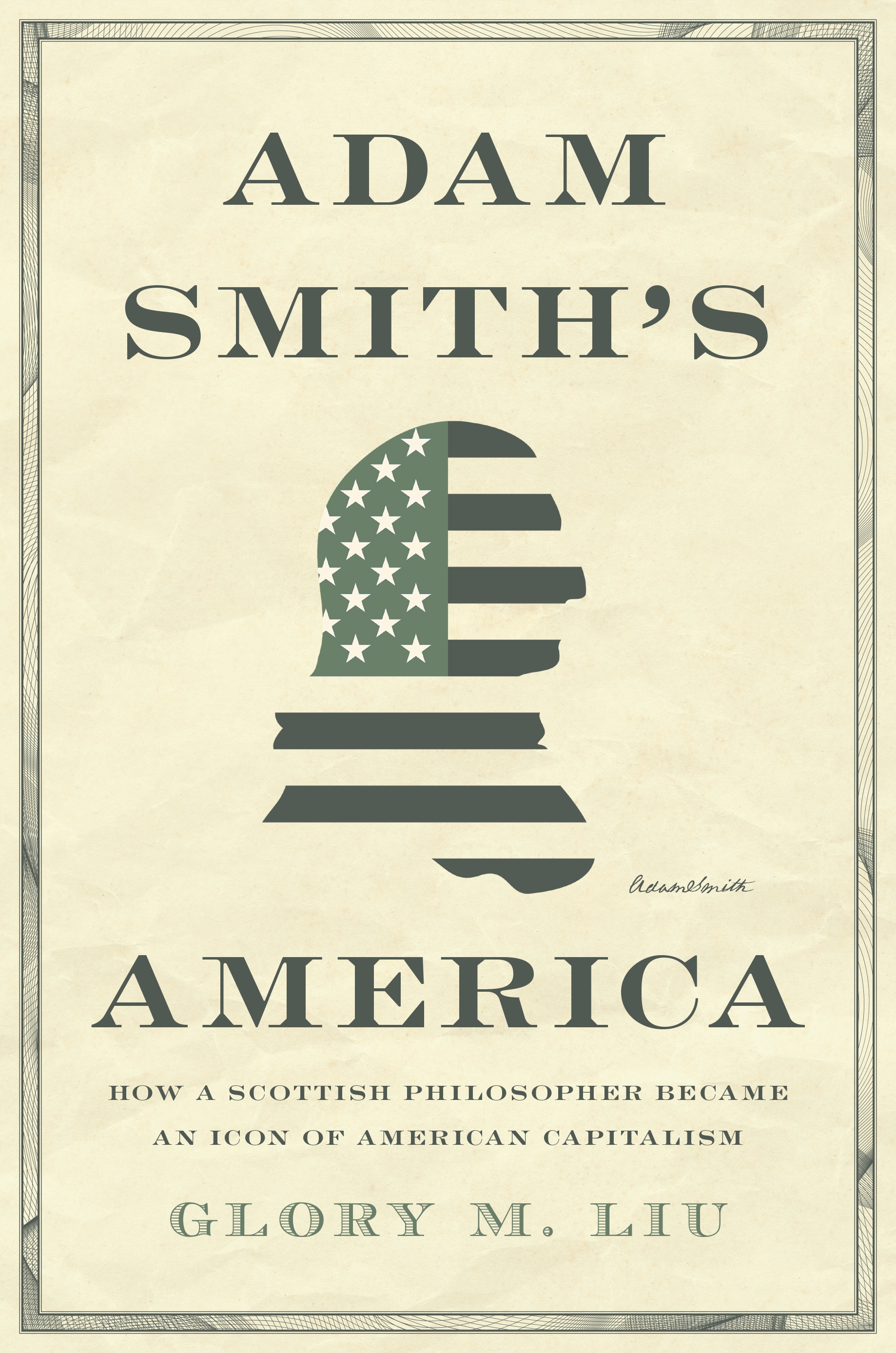 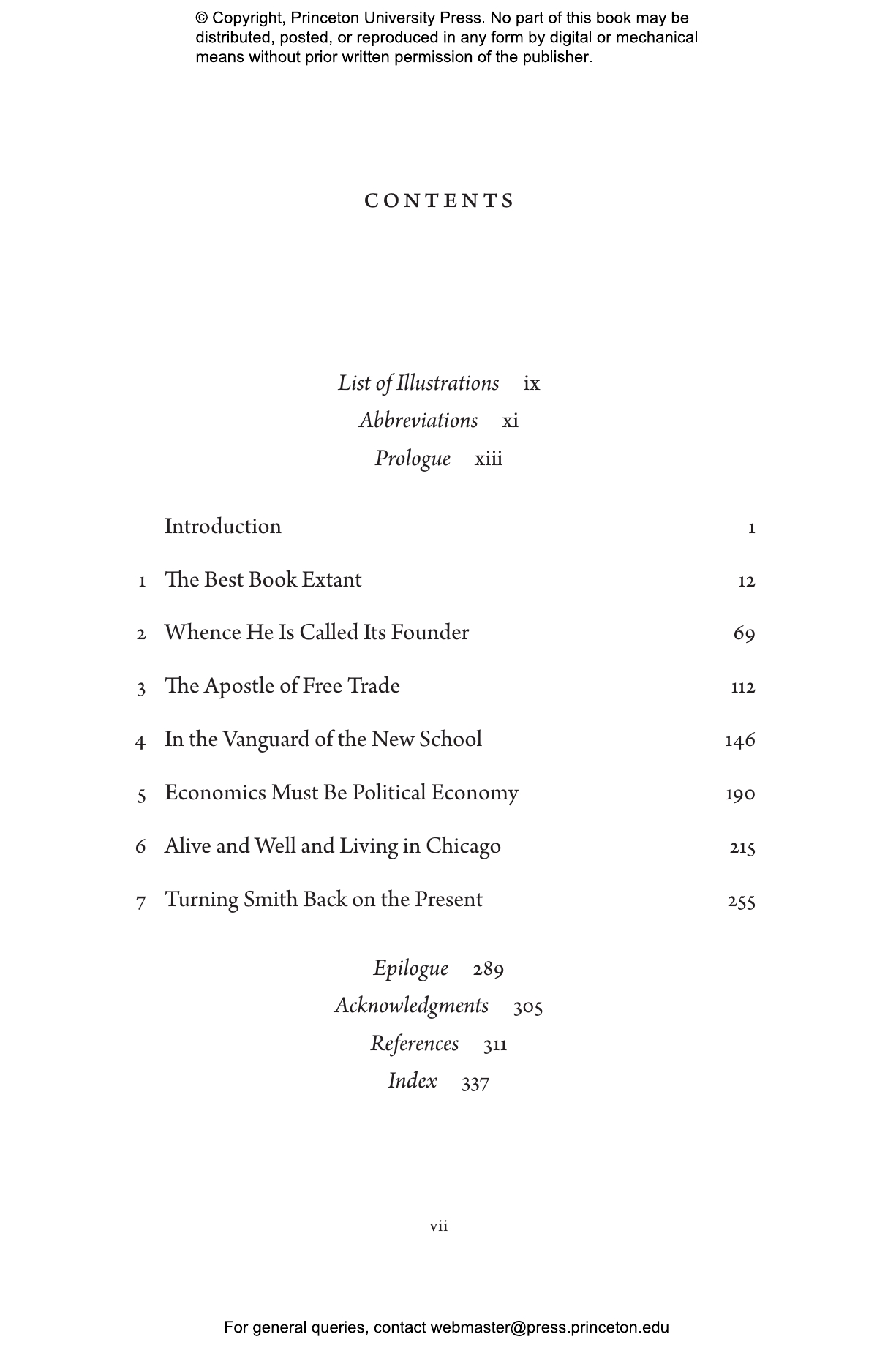 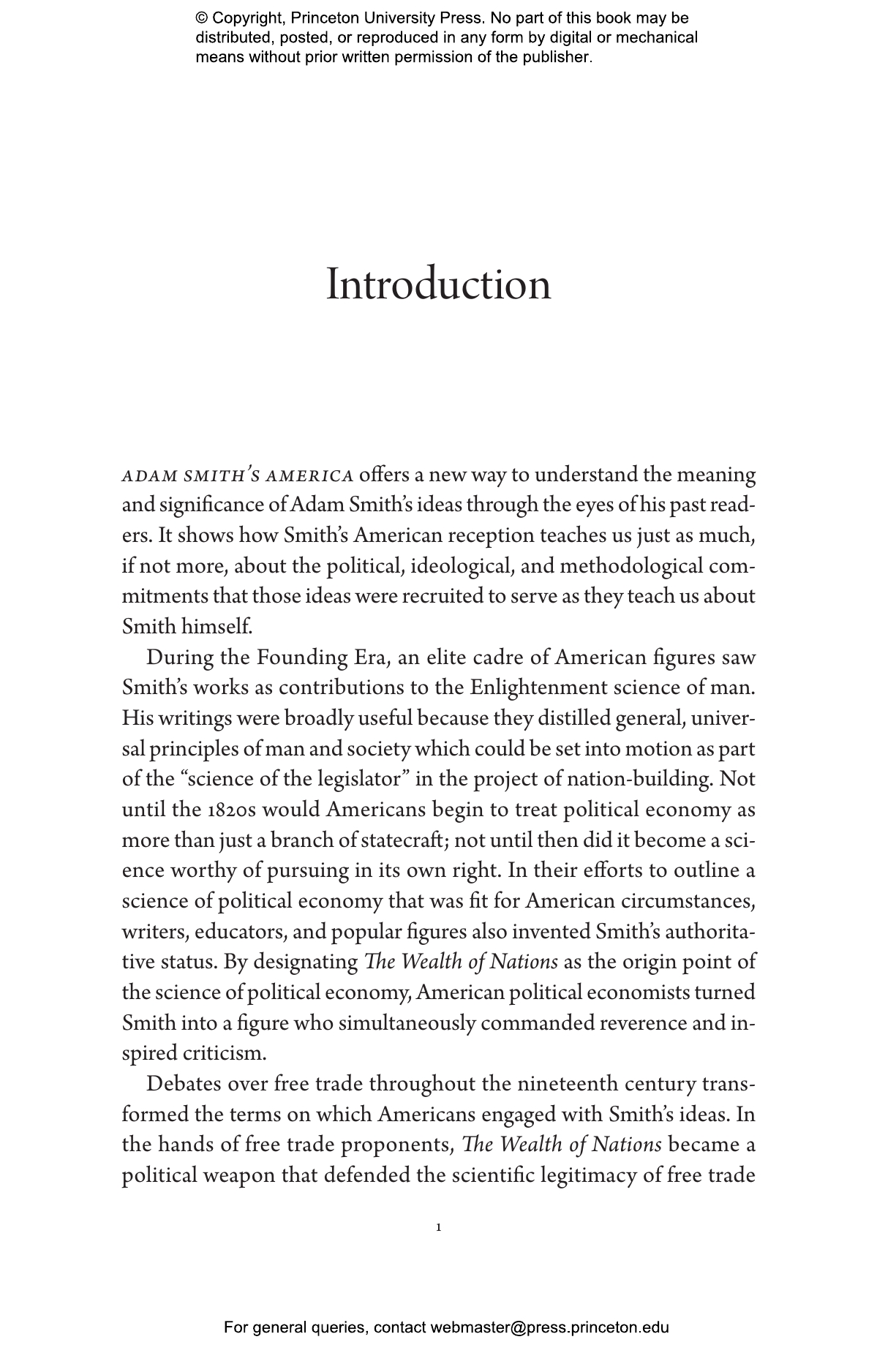 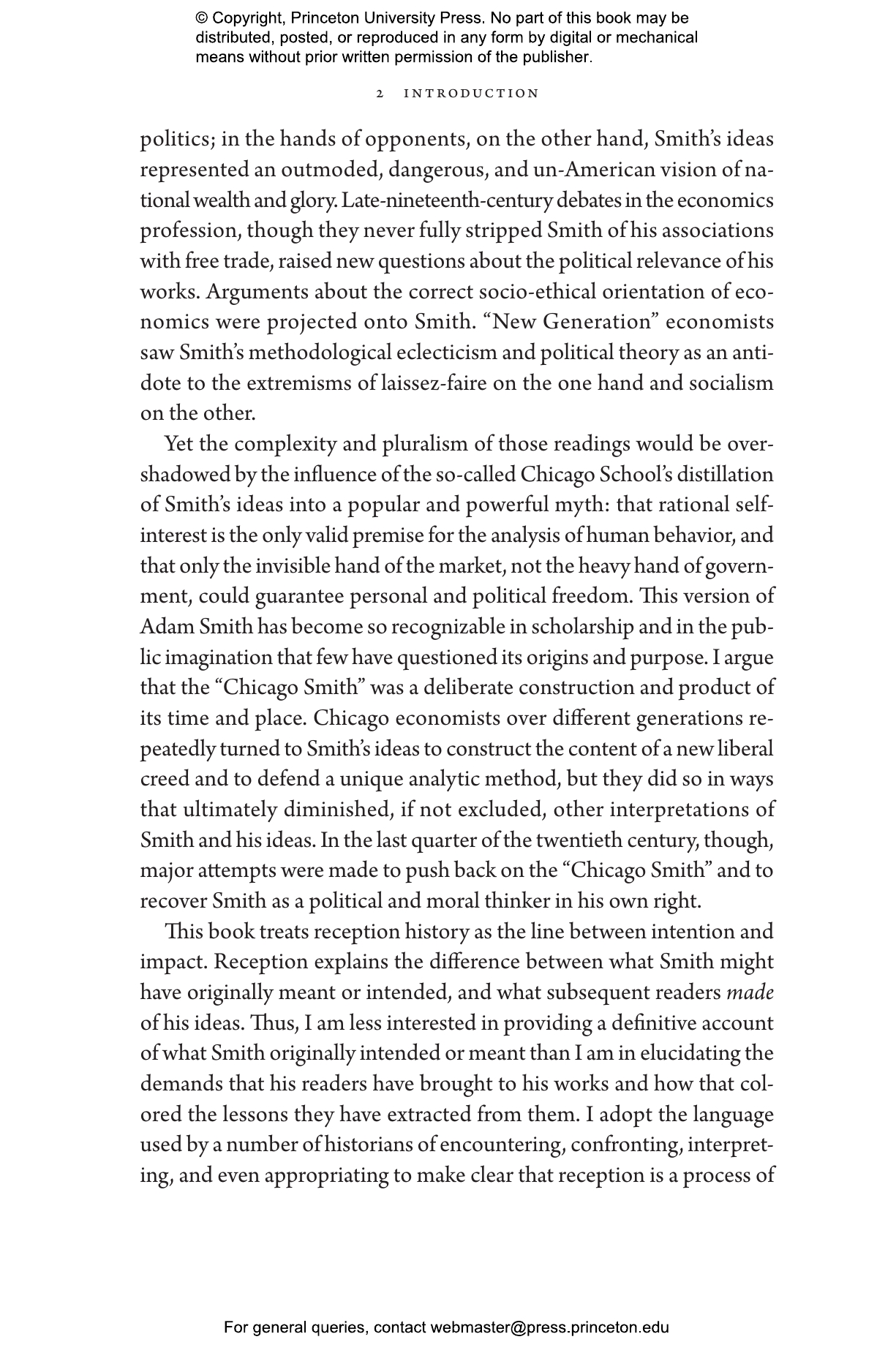 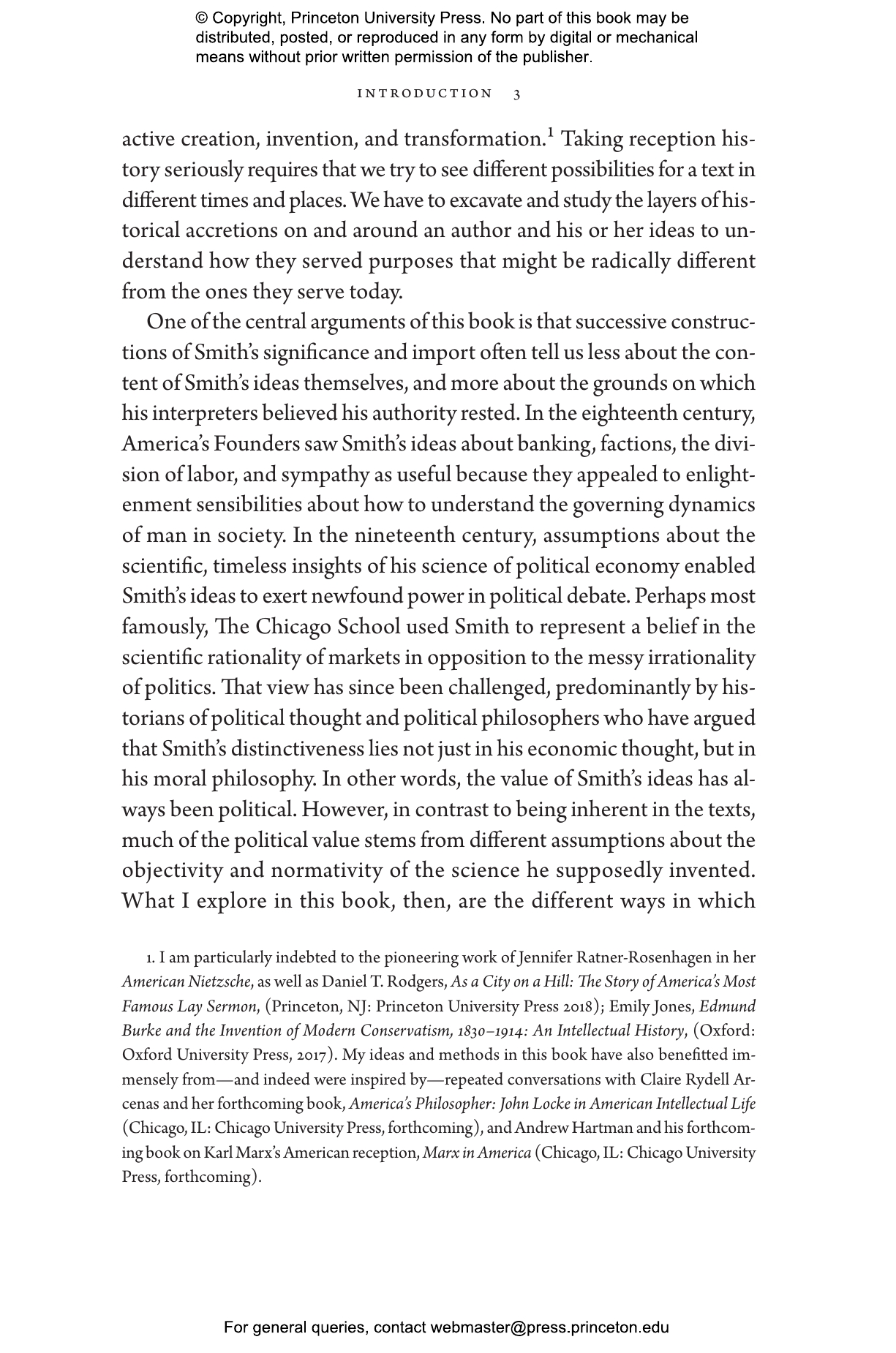 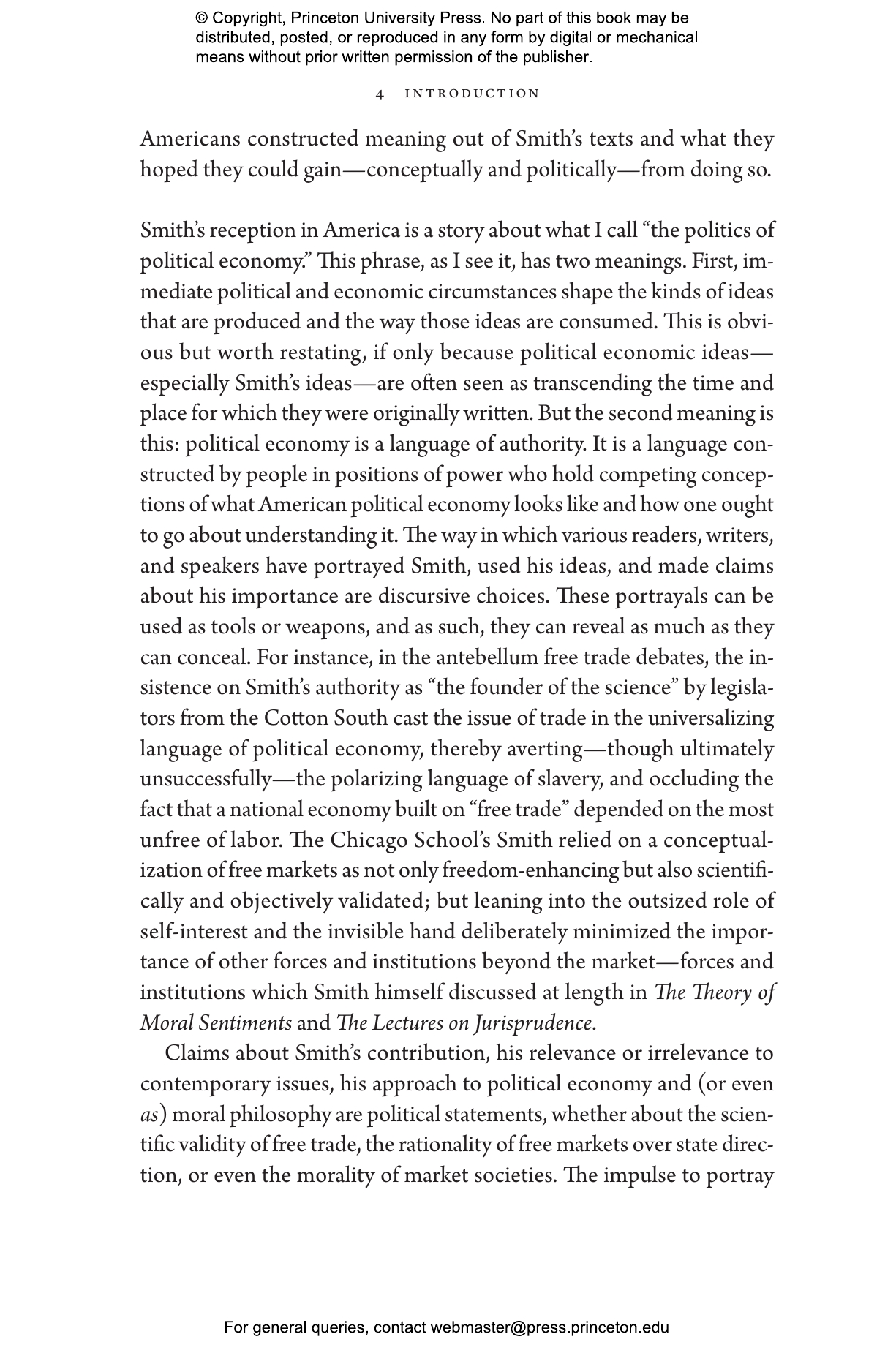 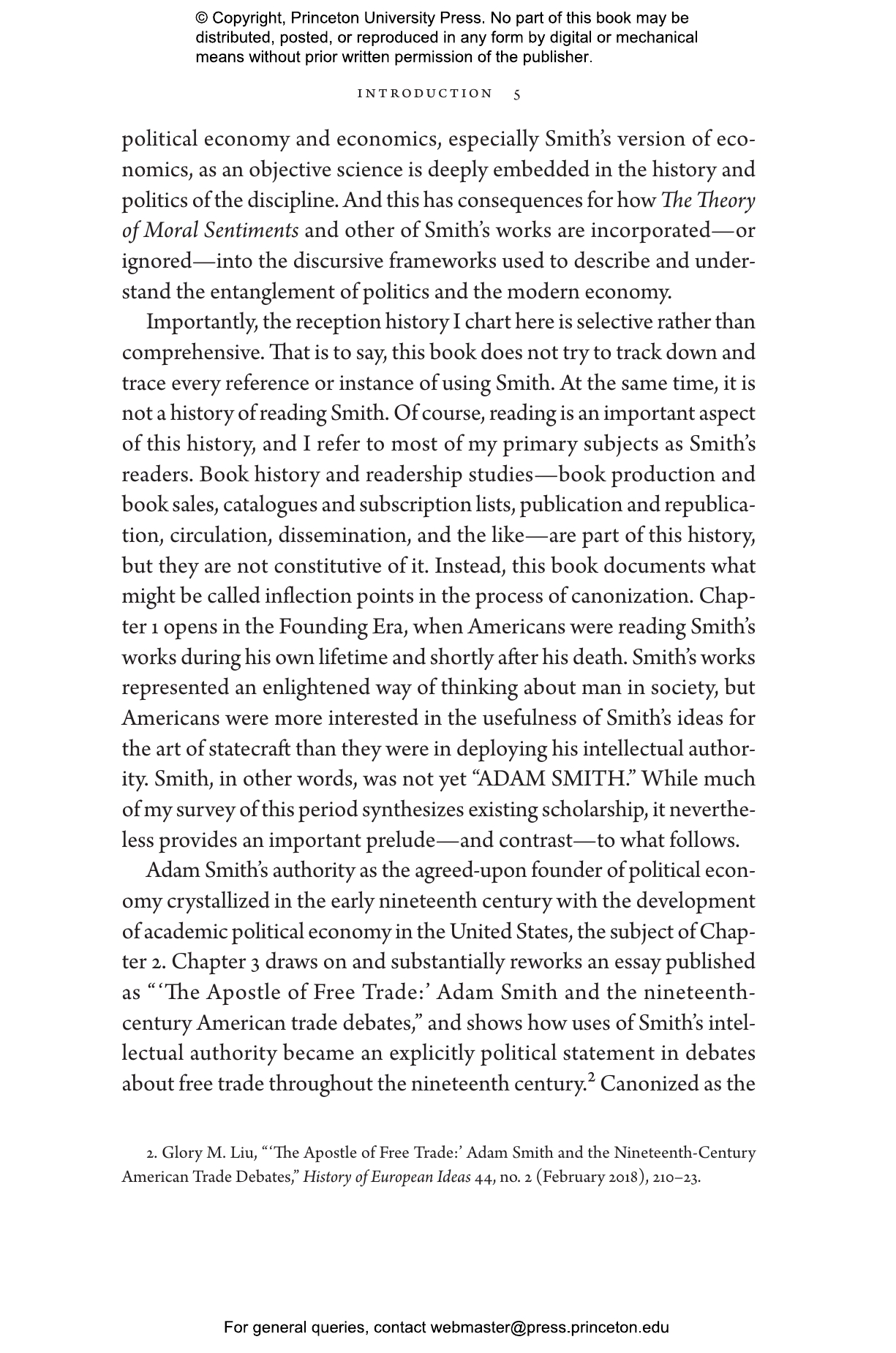 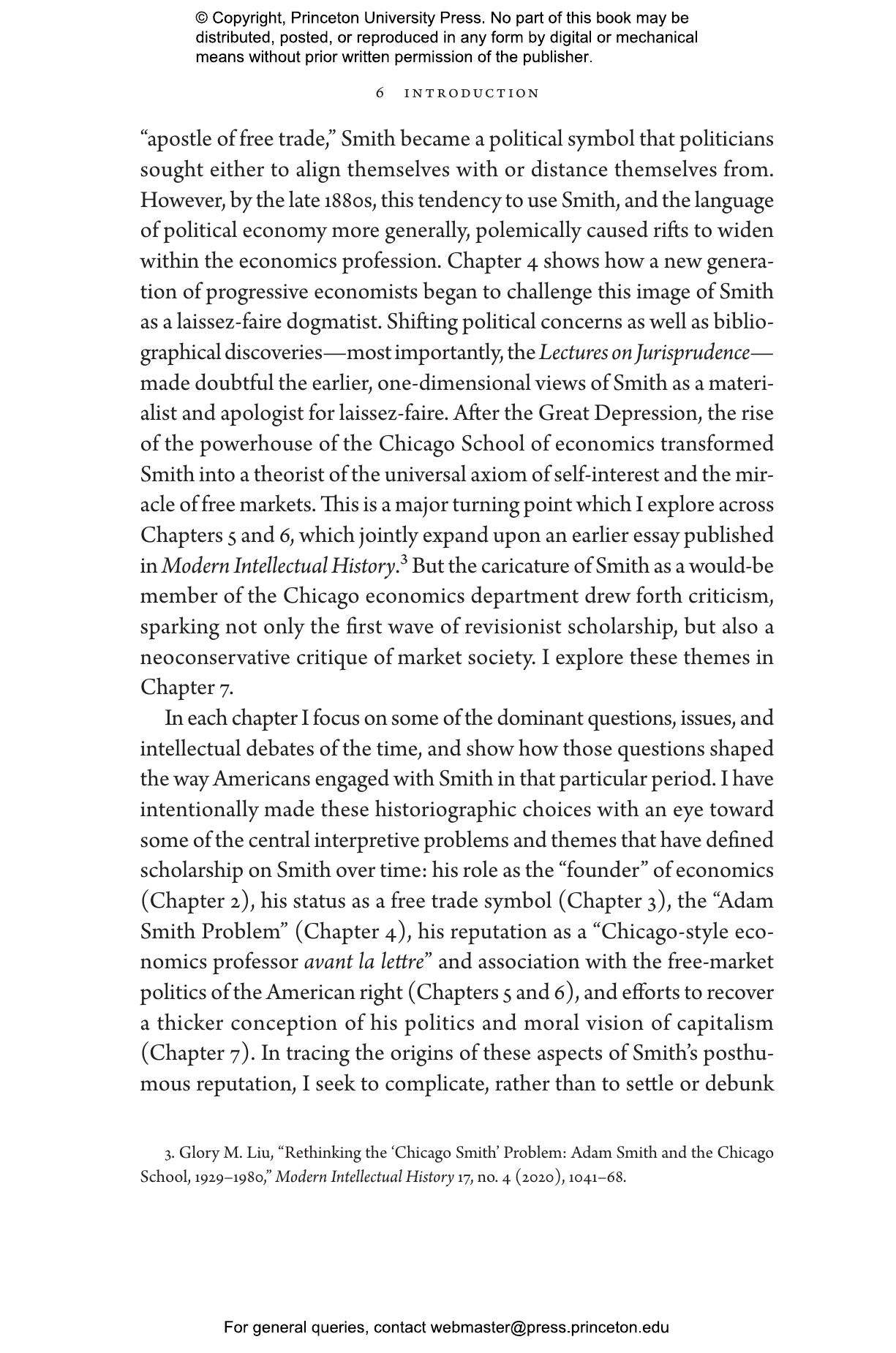 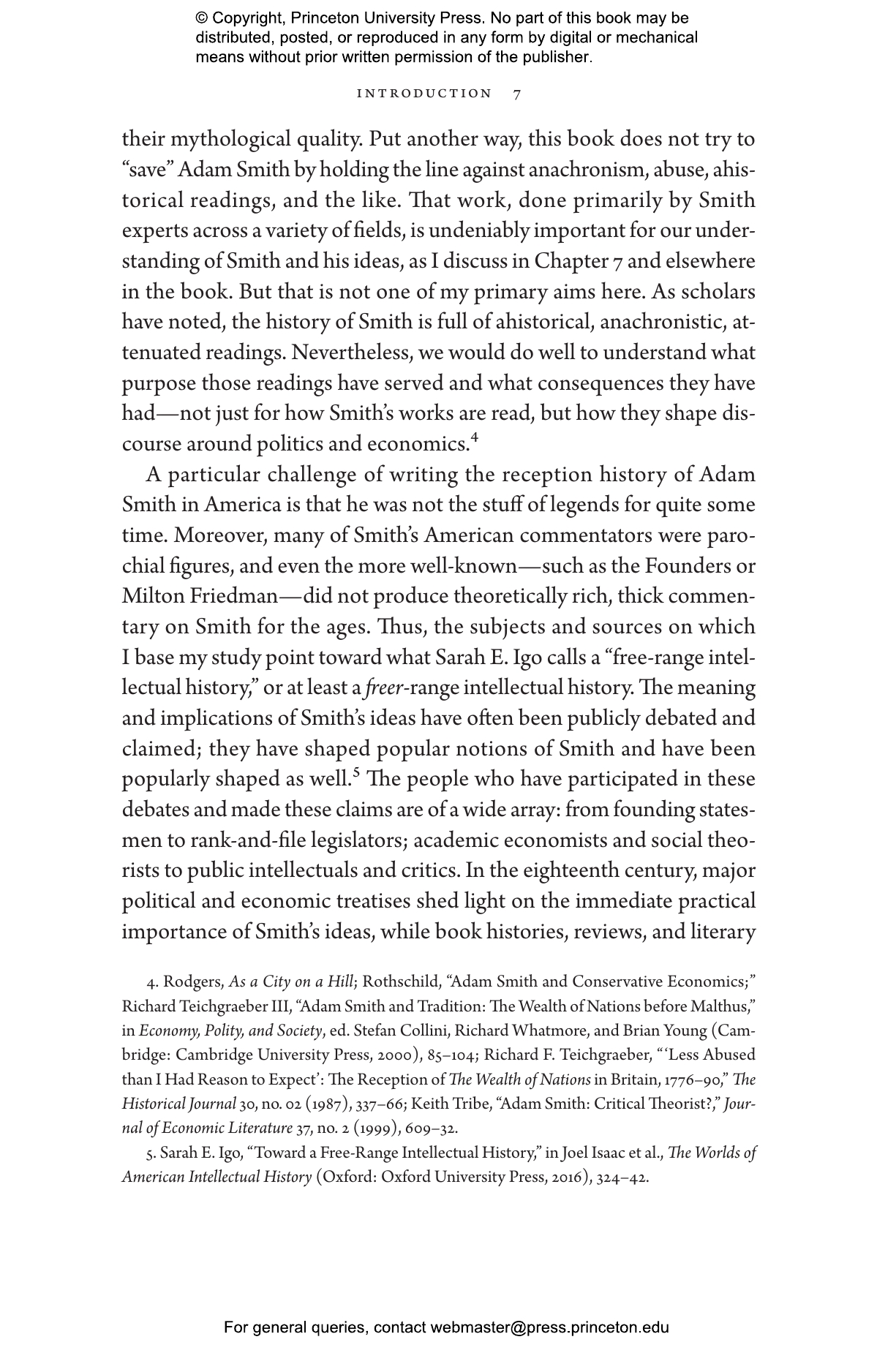 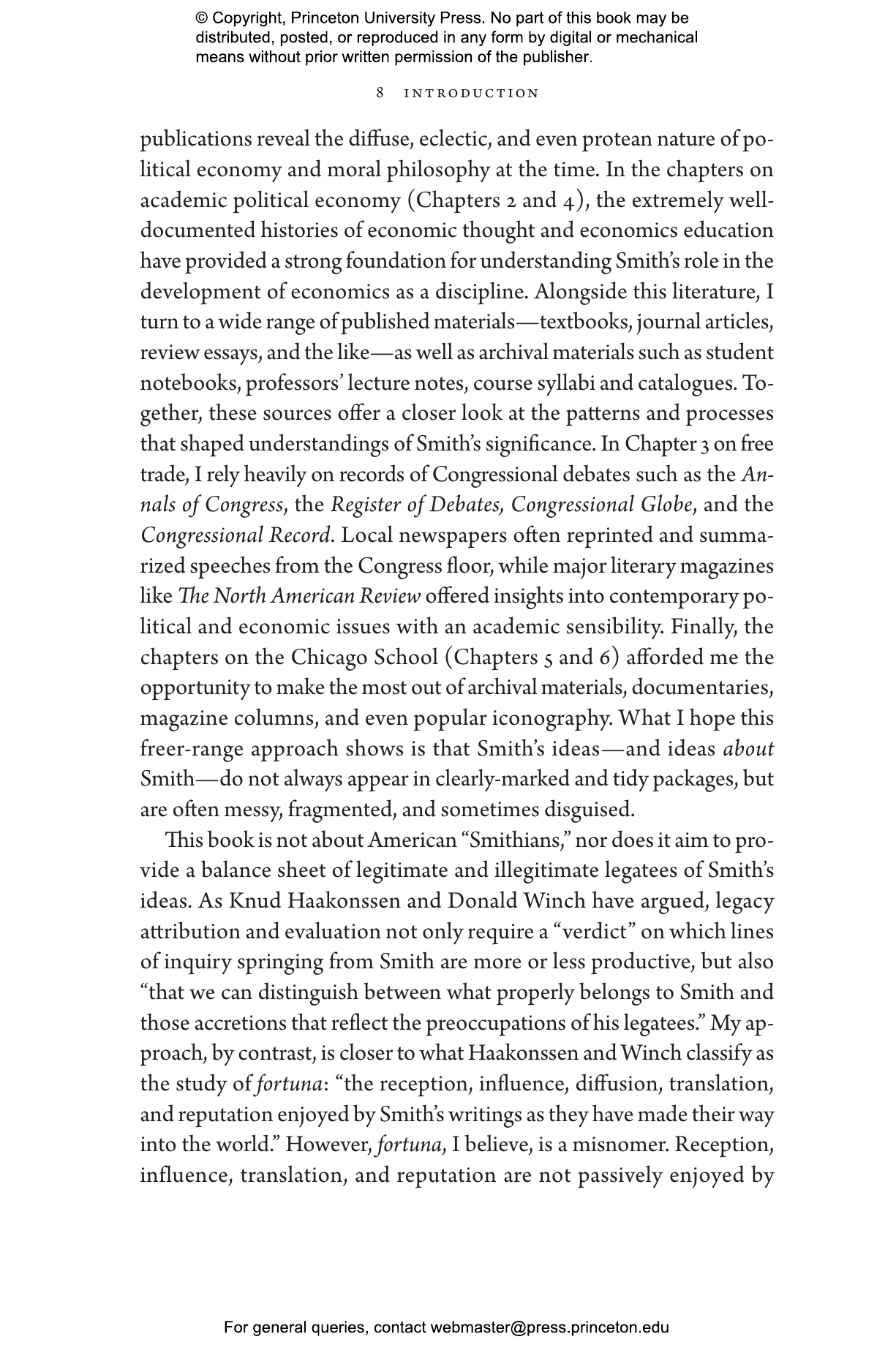 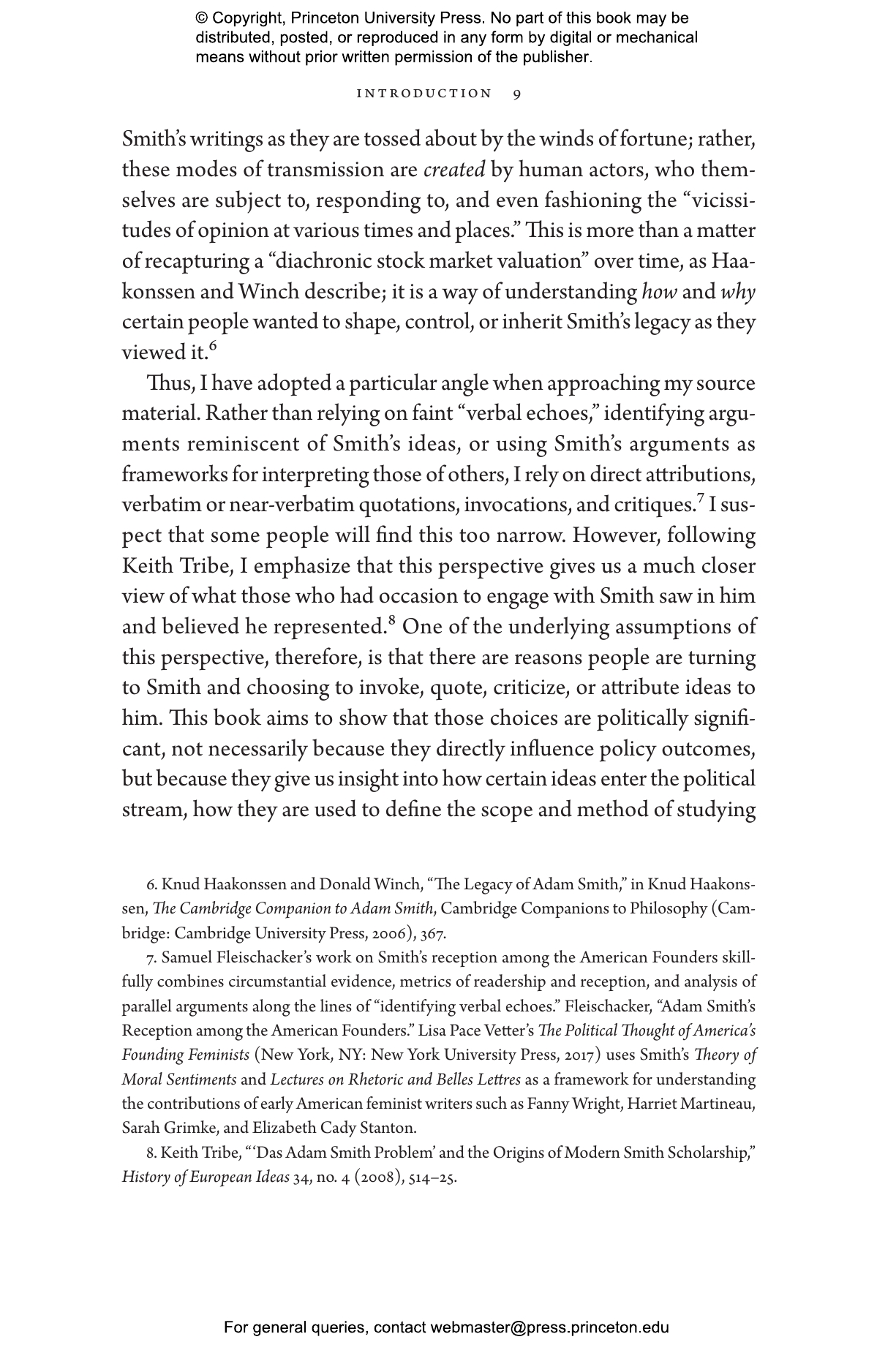 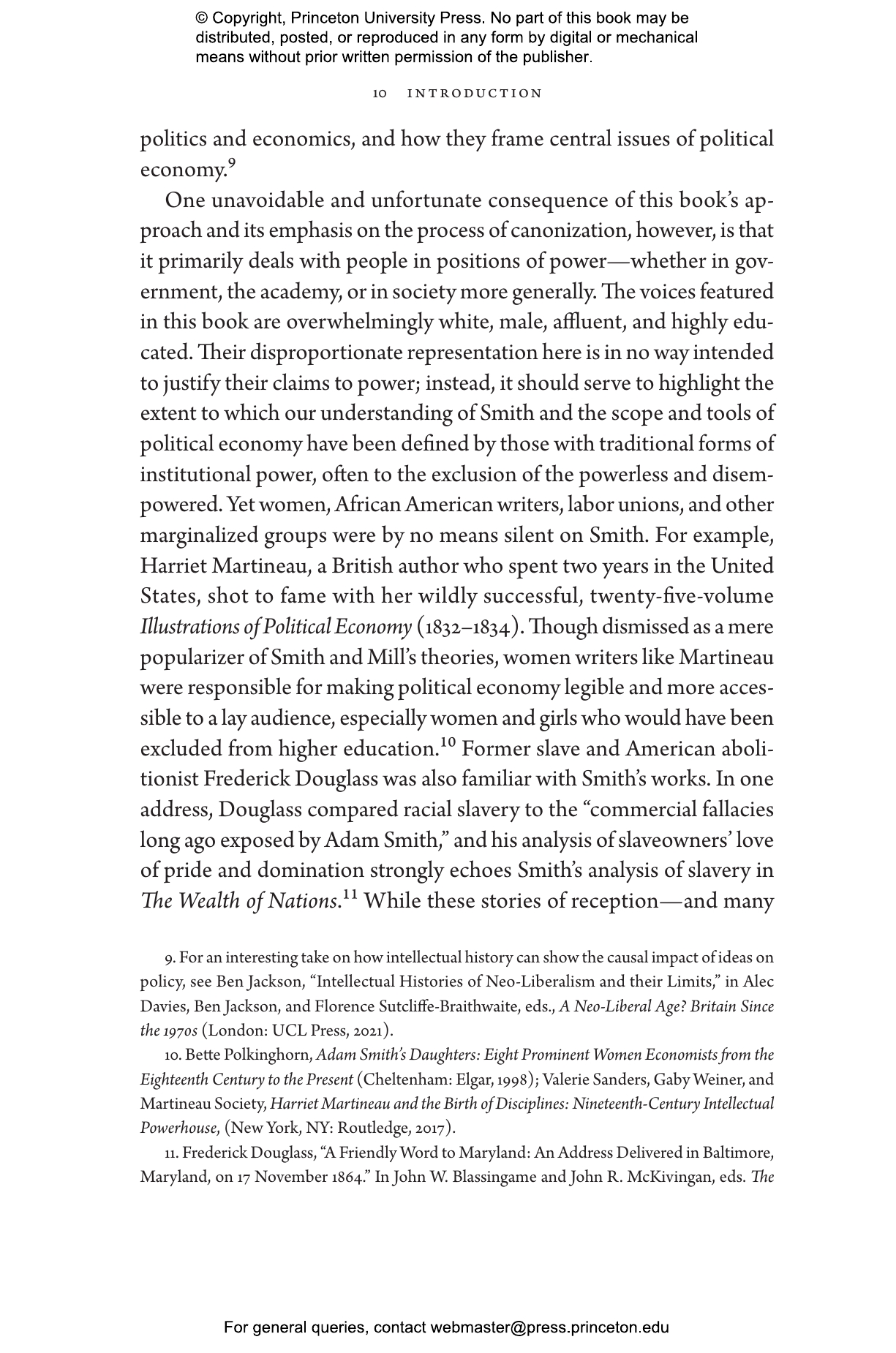 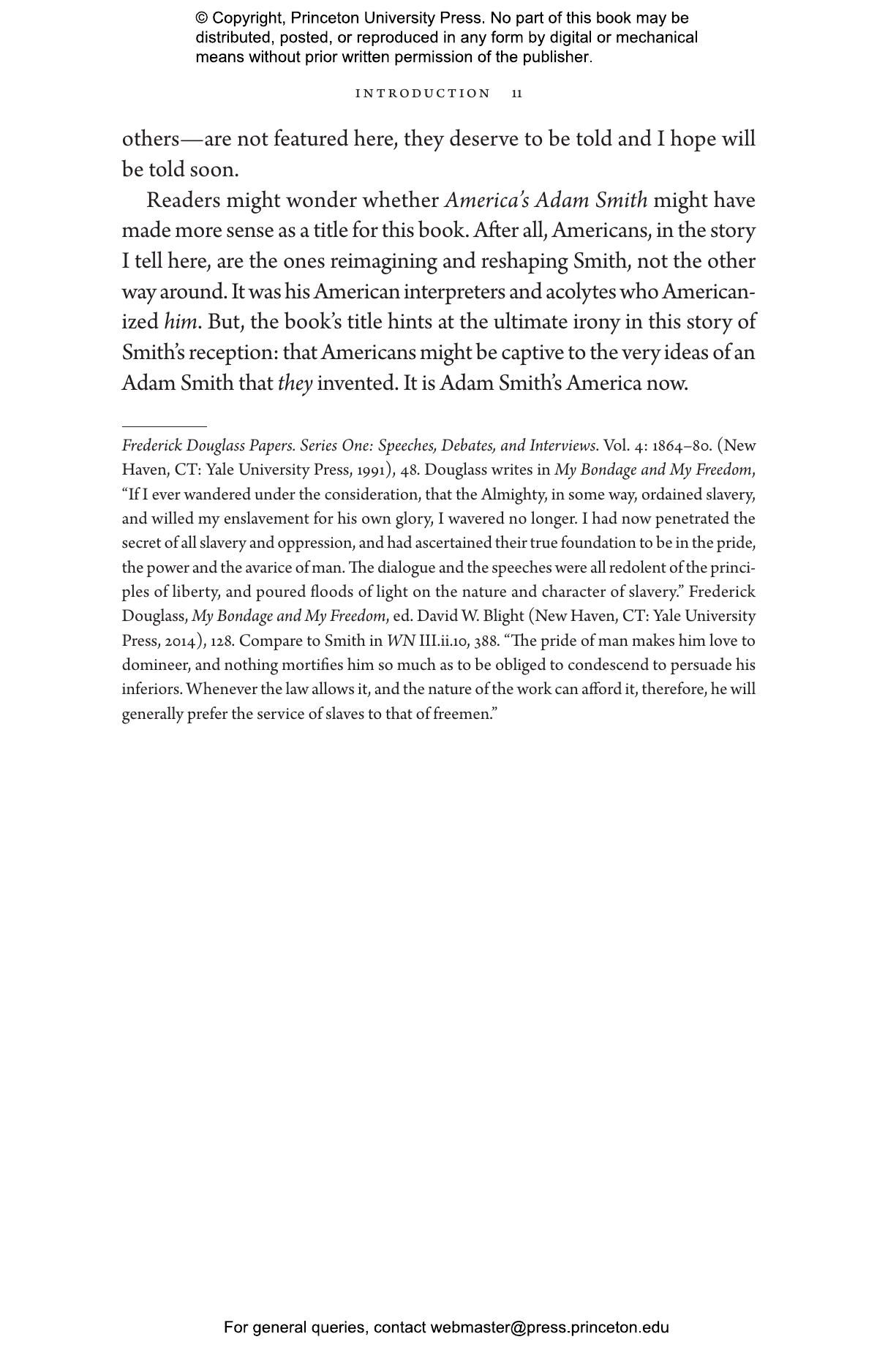 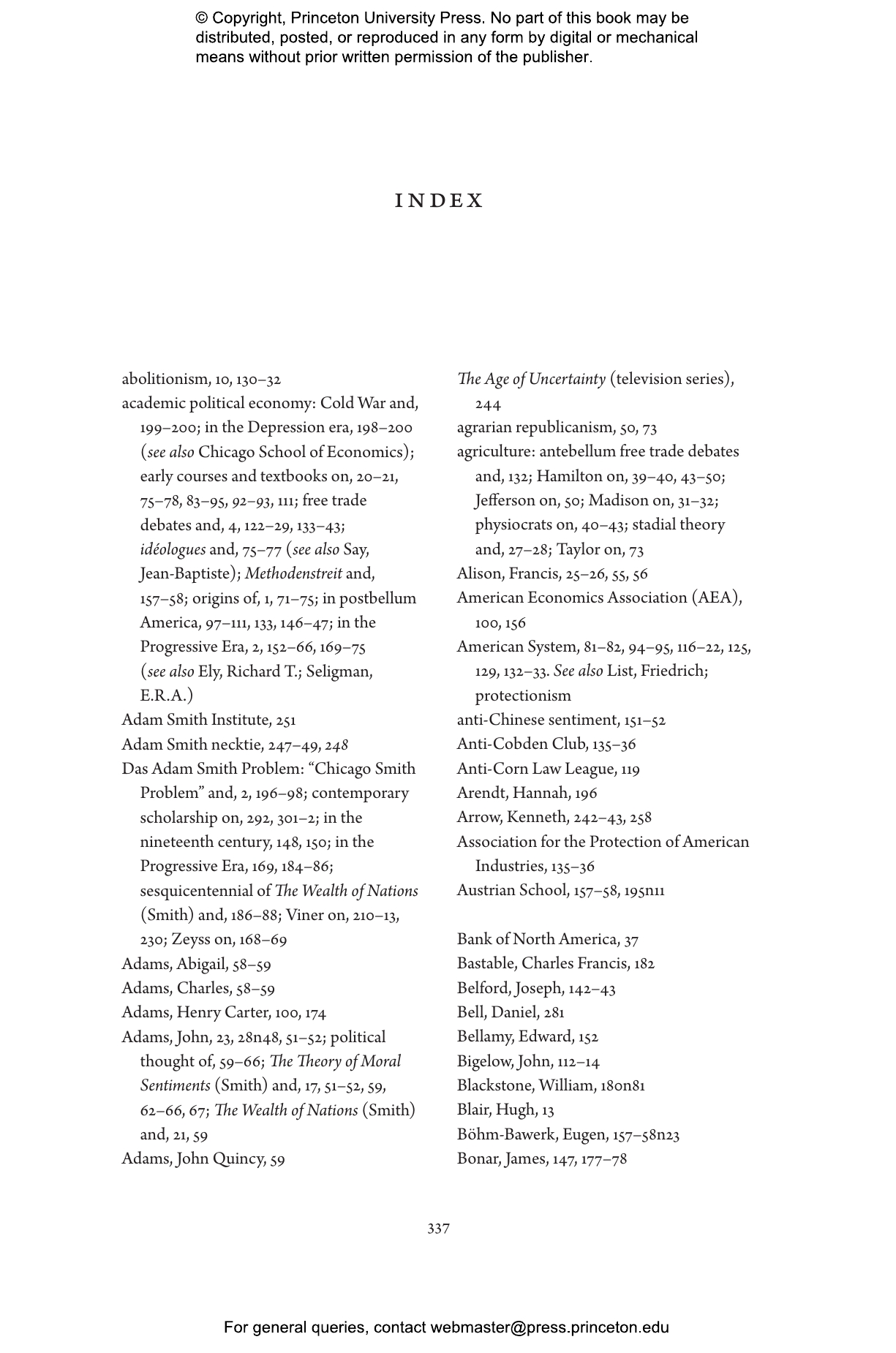 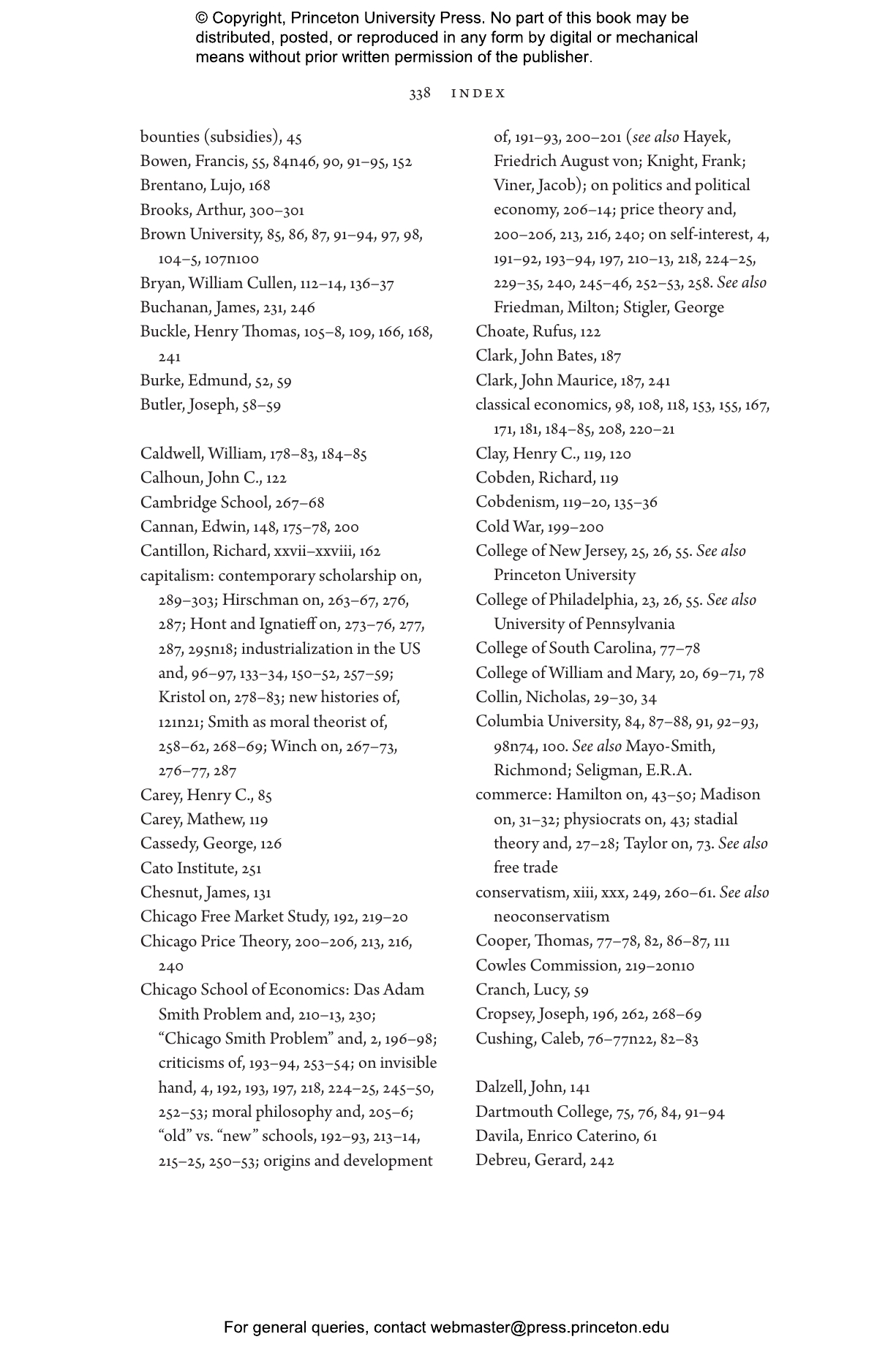 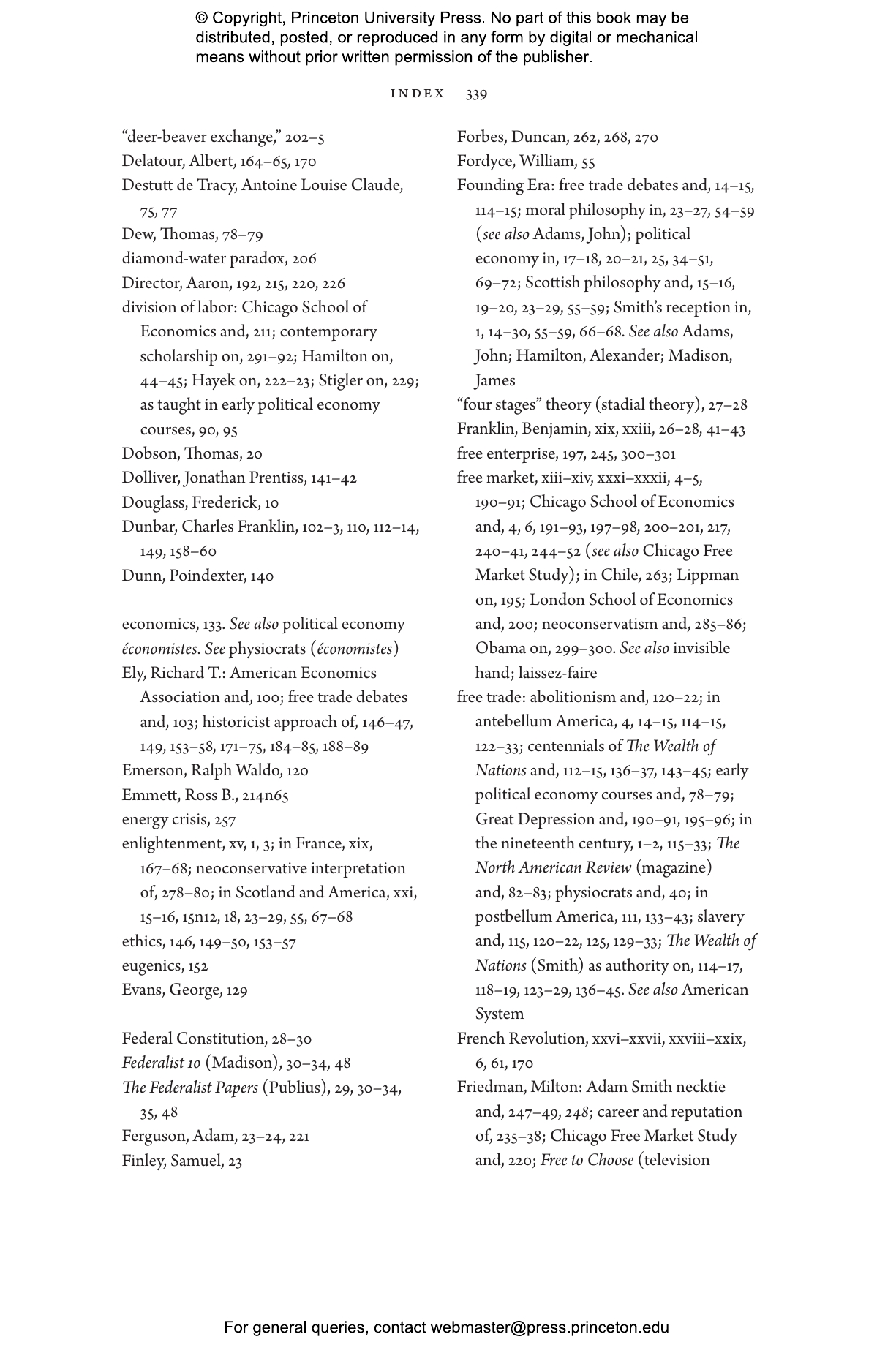 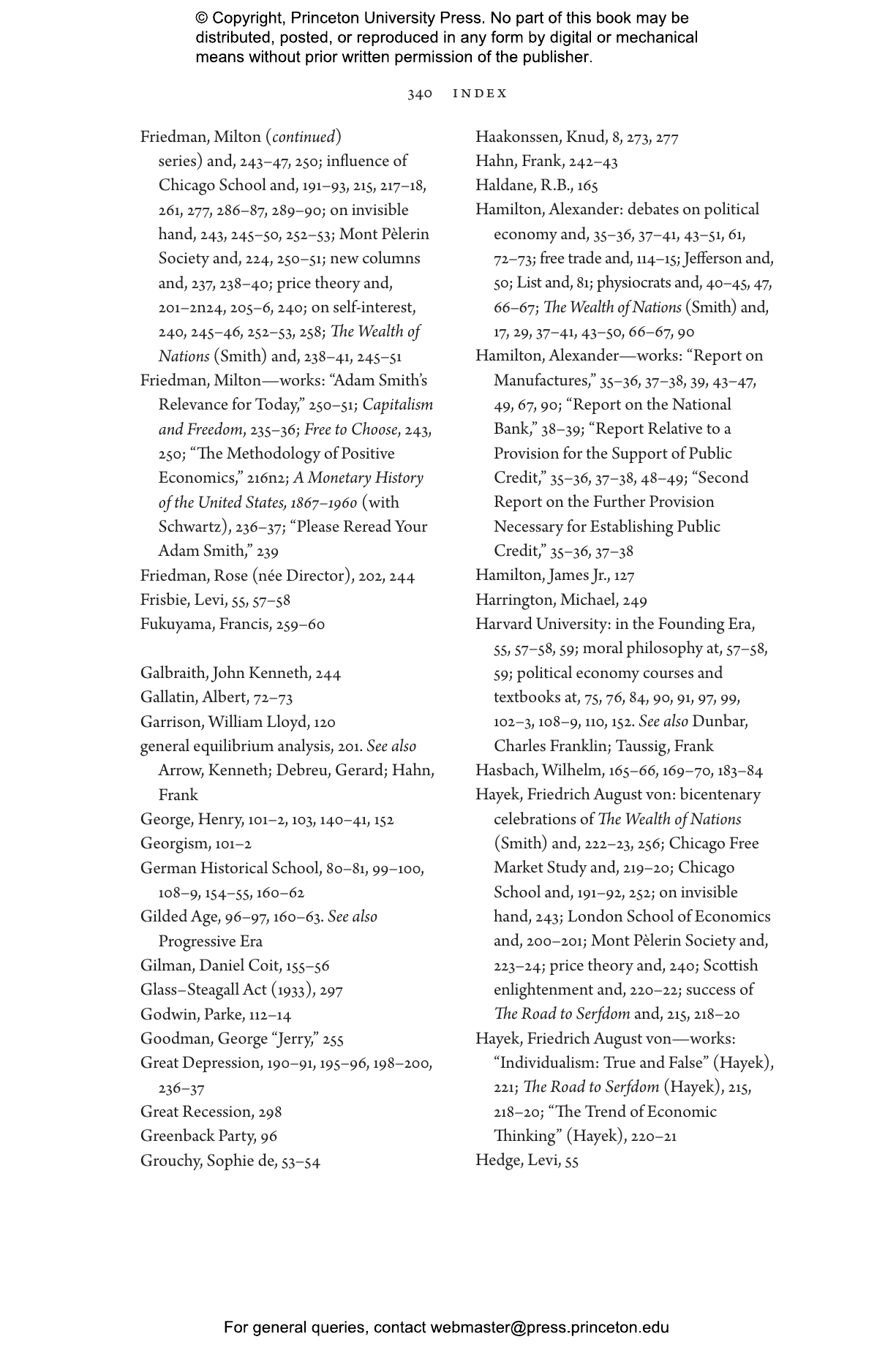 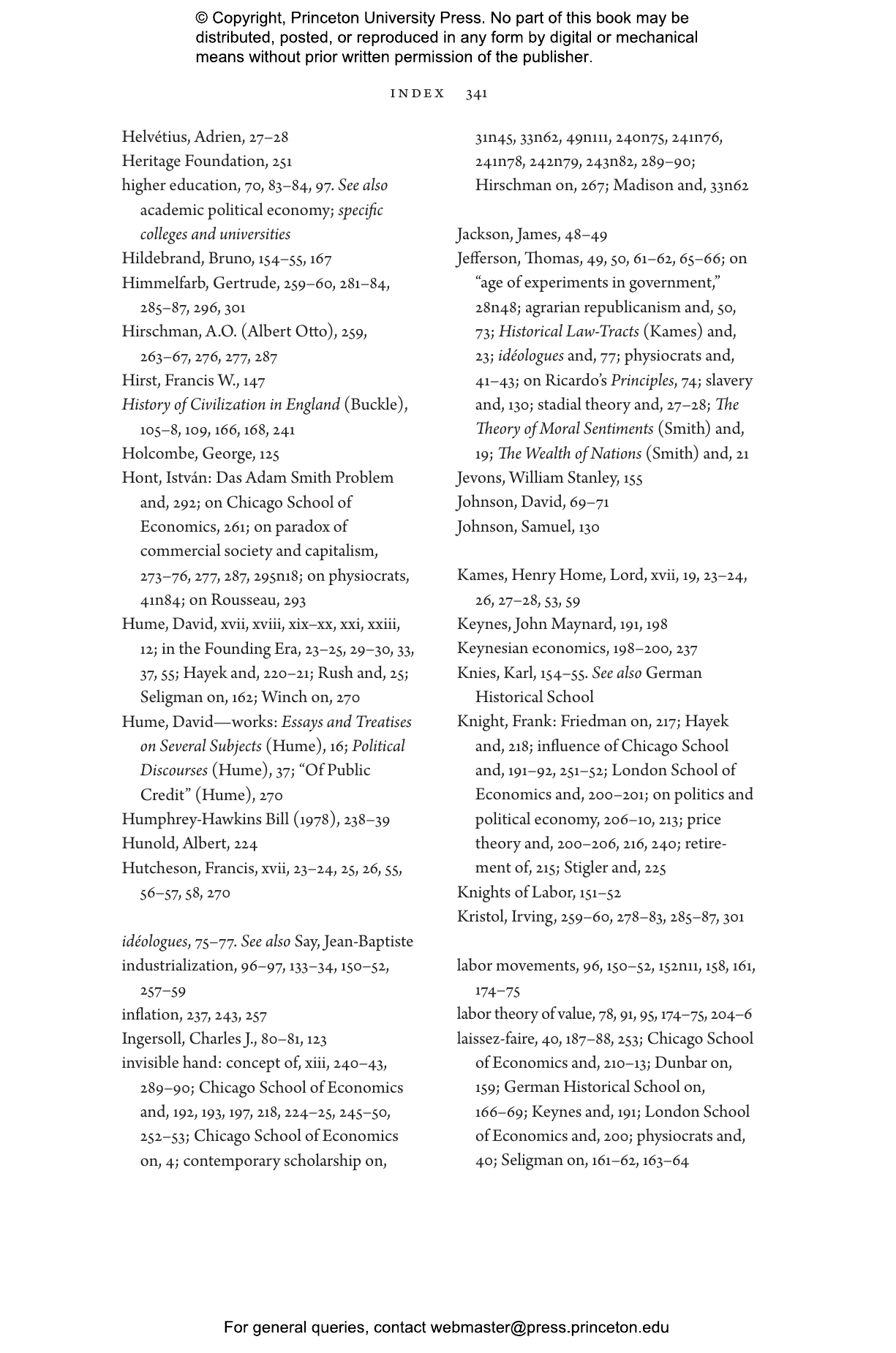 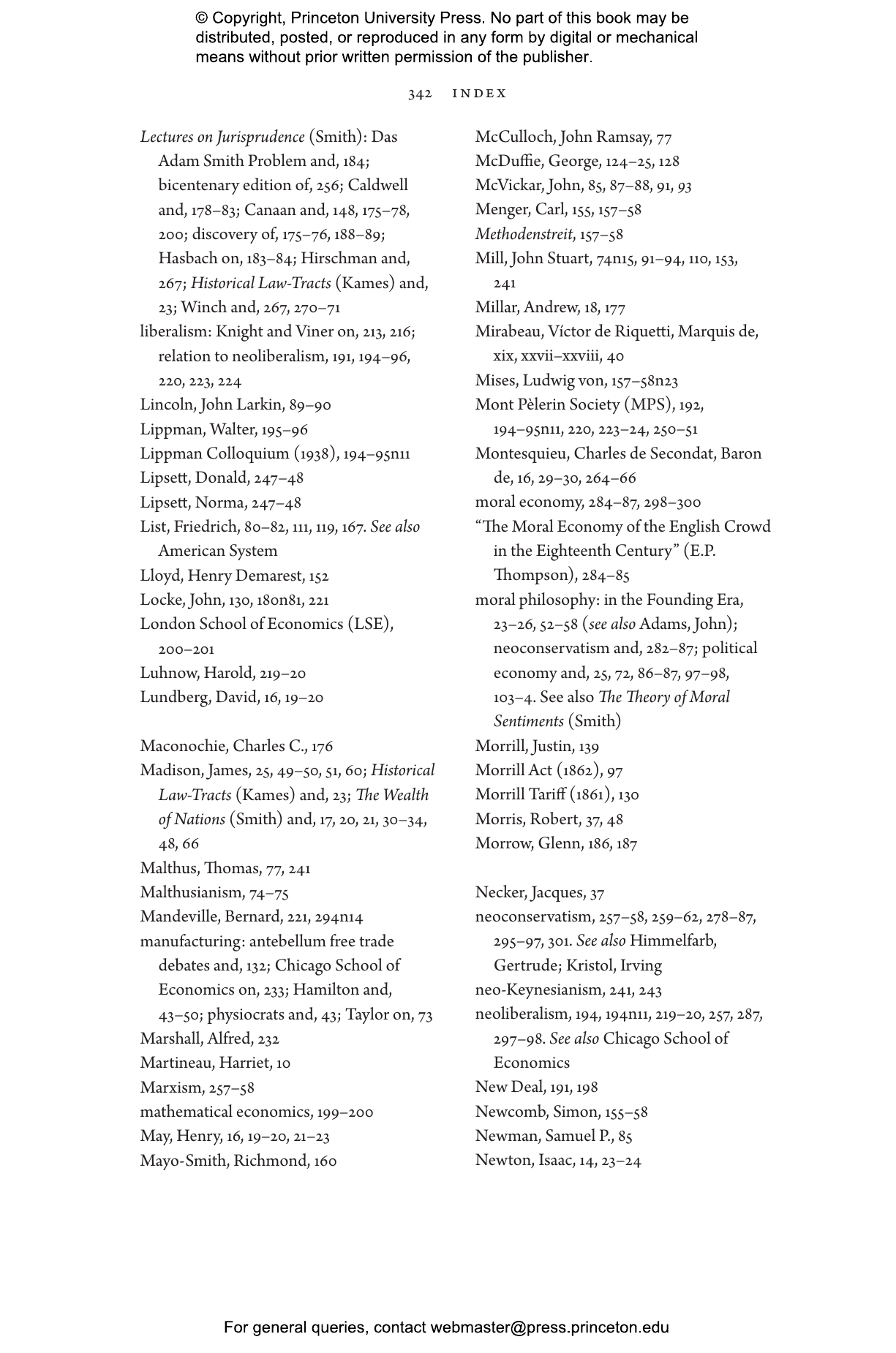 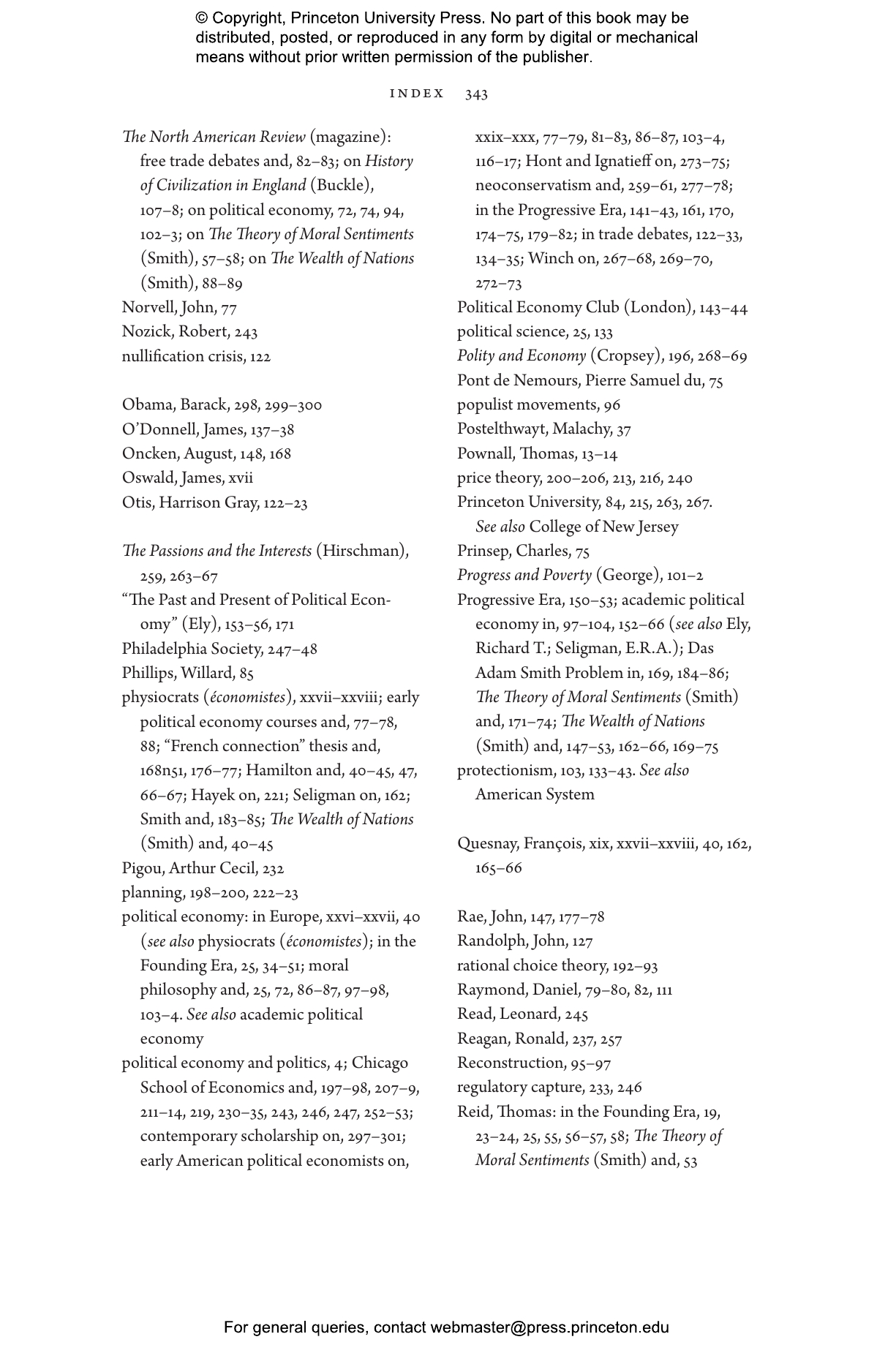 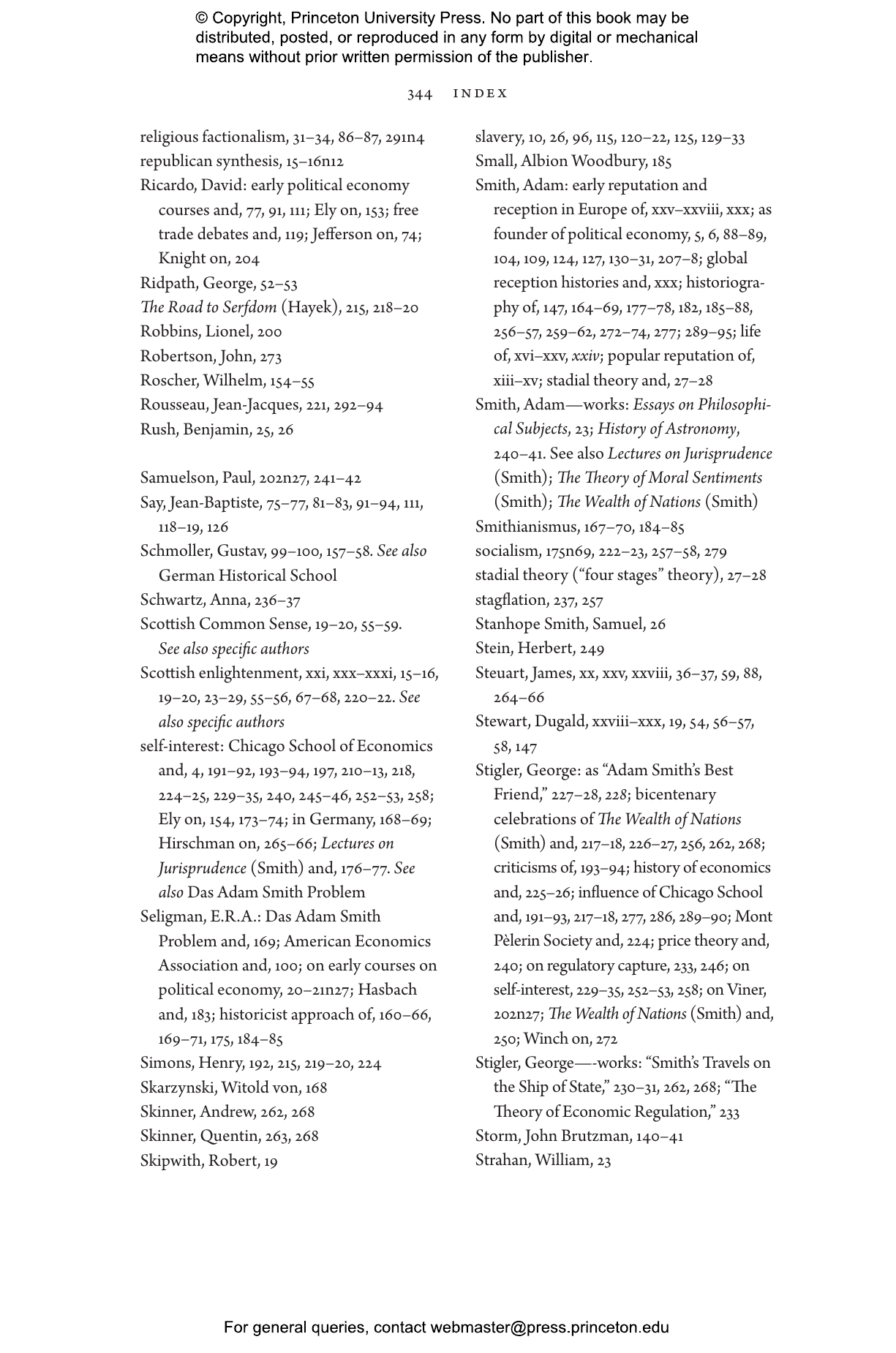 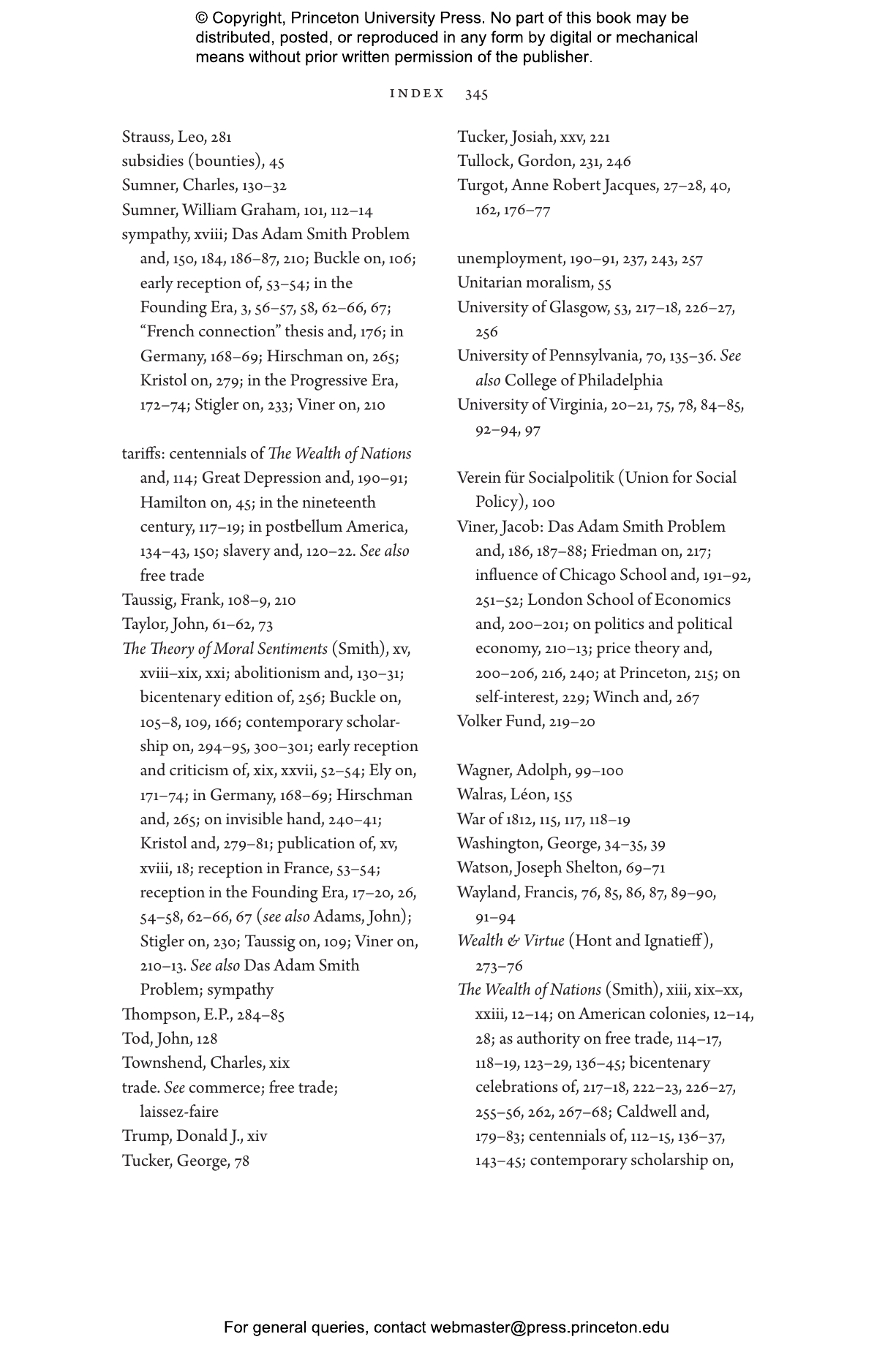 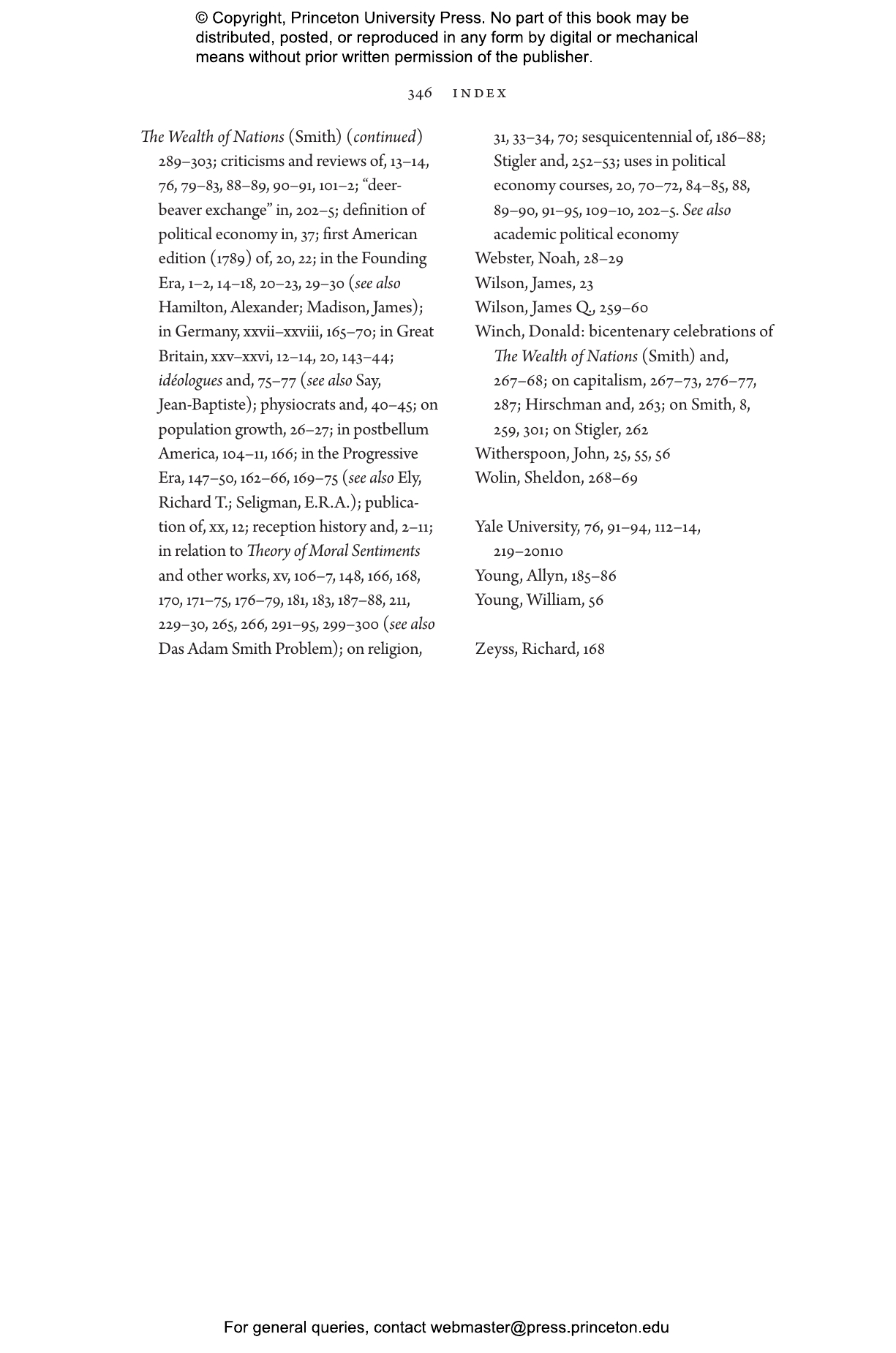 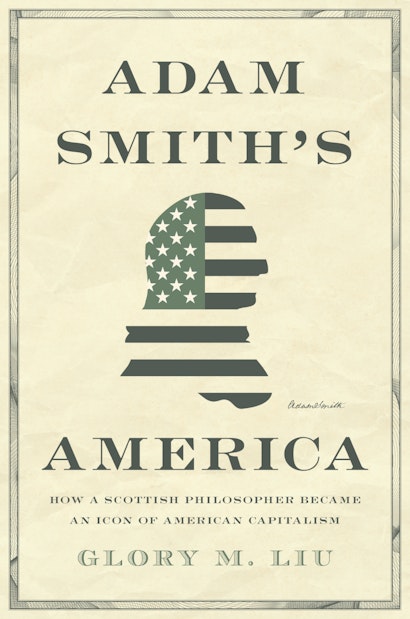 Originally published in 1776, Adam Smith’s The Wealth of Nations was lauded by America’s founders as a landmark work of Enlightenment thinking about national wealth, statecraft, and moral virtue. Today, Smith is one of the most influential icons of economic thought in America. Glory Liu traces how generations of Americans have read, reinterpreted, and weaponized Smith’s ideas, revealing how his popular image as a champion of American-style capitalism and free markets is a historical invention.

Drawing on a trove of illuminating archival materials, Liu tells the story of how an unassuming Scottish philosopher captured the American imagination and played a leading role in shaping American economic and political ideas. She shows how Smith became known as the father of political economy in the nineteenth century and was firmly associated with free trade, and how, in the aftermath of the Great Depression, the Chicago School of Economics transformed him into the preeminent theorist of self-interest and the miracle of free markets. Liu explores how a new generation of political theorists and public intellectuals has sought to recover Smith’s original intentions and restore his reputation as a moral philosopher.

Charting the enduring fascination that this humble philosopher from Scotland has held for American readers over more than two centuries, Adam Smith’s America shows how Smith continues to be a vehicle for articulating perennial moral and political anxieties about modern capitalism.

Glory M. Liu is a college fellow in social studies at Harvard University. Her work has appeared in publications such as Modern Intellectual History, the Washington Post, and Aeon. 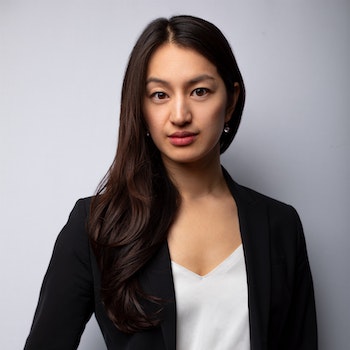 "[A] provocative analysis of Scottish moral philosopher Adam Smith’s influence on U.S. politics and business. . . . This is a rewarding reconsideration of an influential thinker."—Publishers Weekly

"The iconic economist has become all things to all people over time, from Friedman-esque libertarian to anti-capitalist crusader. . . . Even if Chicago, the Heritage Foundation, and other right-leaning entities have tried to seize him for their cause, Liu examines the possibility that he may be ‘closer to the values of the contemporary left’—thus are the many ambiguities in his work. A bracing study not just of Smith’s ideas, but also of how scholars and activists have used (and misused) them."—Kirkus Reviews

“Adam Smith’s America is a fascinating exploration of the politics of political economy. It illuminates how economic ideas have been used and reimagined over two centuries of American history, and is at the same time an important inquiry into political disputes over markets, states, and moral values.”—Emma Rothschild, author of An Infinite History: The Story of a Family in France over Three Centuries

“Adam Smith was a moral philosopher well aware of the quirks of human psychology. So how is it that in America he wound up as the poster child for a free-market order that rests on false assumptions about human hyperrationality? This fascinating story is very important, very instructive, and has never been told. Glory Liu tells it with great verve and great charm.”—J. Bradford DeLong, author of Slouching towards Utopia: An Economic History of the Twentieth Century

“Adam Smith’s Wealth of Nations has long been a touchstone of American thought, powering conversations about markets and politics alike. Yet its message has been continually reinvented since the eighteenth century. In this lively reception history, Glory Liu explains how and why Smith turned into such a potent political weapon—and what impact the rewriting of his legacy, largely untethered from the text itself, has had on political economic thought in the United States to this day.”—Sophia Rosenfeld, author of Democracy and Truth: A Short History

“The import of Adam Smith in America is a hitherto neglected topic for understanding both Smith and the history of the nation. Glory Liu admirably fills this gap, reflecting a great wealth of learning and reaffirming the critical role of Adam Smith and his ideas for our world.”—Tyler Cowen, bestselling author of The Complacent Class: The Self-Defeating Quest for the American Dream

“Adam Smith’s journey from Kirkcaldy to Chicago was a long, winding, and fascinating one, as Glory Liu brilliantly demonstrates. Adam Smith’s America draws on a vast array of source material to make that rarest of things, a genuinely new contribution to the field.”—Dennis C. Rasmussen, author of Fears of a Setting Sun: The Disillusionment of America’s Founders

“Few thinkers have inspired such a tangle of conflicting interpretations as Adam Smith. Glory Liu incisively cuts through this thicket, providing a lucid and engaging tour through more than two hundred years of American writings on political economy. Adam Smith’s America shows that while the meaning of Smith’s work remains fraught with ambiguities, his reception reveals much about the ideals and imaginations of his readers.”—Angus Burgin, author of The Great Persuasion: Reinventing Free Markets since the Depression

“Glory Liu’s engaging and thorough study tells an important story that has largely gone untold. Her documentation of the complex and often surprising reception of Adam Smith in American politics and economics from his day to ours will be of interest both to students and to advanced scholars—and indeed to anyone who may have wondered what all the fuss over Smith is all about!”—Ryan Patrick Hanley, author of Our Great Purpose: Adam Smith on Living a Better Life