A masterful history of the LGBT workforce in America 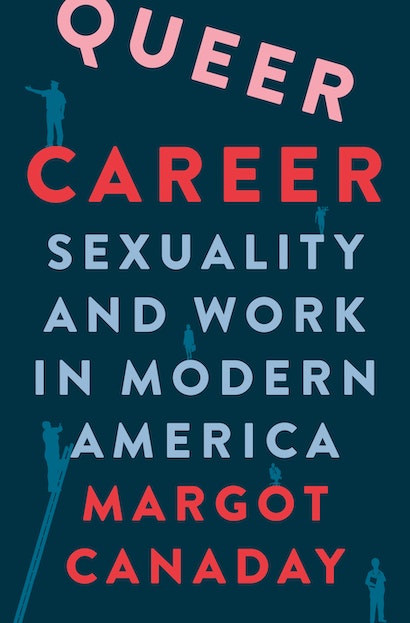 Workplaces have traditionally been viewed as “straight spaces” in which queer people passed. As a result, historians have directed limited attention to the experiences of queer people on the job. Queer Career rectifies this, offering an expansive historical look at sexual minorities in the modern American workforce. Arguing that queer workers were more visible than hidden and, against the backdrop of state aggression, vulnerable to employer exploitation, Margot Canaday positions employment and fear of job loss as central to gay life in postwar America.

Rather than finding that many midcentury employers tried to root out gay employees, Canaday sees an early version of “don’t ask/don’t tell”: in all kinds of work, as long as queer workers were discreet, they were valued for the lower wages they could be paid, their contingency, their perceived lack of familial ties, and the ease with which they could be pulled in and pushed out of the labor market. Across the socioeconomic spectrum, they were harbingers of post-Fordist employment regimes we now associate with precarity. While progress was not linear, by century’s end some gay workers rejected their former discretion, and some employers eventually offered them protection unattained through law. Pushed by activists at the corporate grassroots, business emerged at the forefront of employment rights for sexual minorities. It did so, at least in part, in response to the way that queer workers aligned with, and even prefigured, the labor system of late capitalism.

Queer Career shows how LGBT history helps us understand the recent history of capitalism and labor and rewrites our understanding of the queer past.

Margot Canaday is professor of history at Princeton University. She is the author of The Straight State (Princeton).

“Margot Canaday brings sexuality into the history of capitalism with dazzling results. Deeply researched and deftly narrated, Queer Career abounds with startling discoveries, vivid stories, and singular insights—not least into how the enduring vulnerability of lesbians and gay men prefigured the precarity now affecting most workers, whatever their sexual orientation. Masterful scholarship, this is also a richly rewarding read.”—Nancy MacLean, author of Democracy in Chains: The Deep History of the Radical Right’s Stealth Plan for America

“In this beautifully written book, Margot Canaday turns her powerful analytical lens on sexuality and the workplace. Queer Career makes the insightful claim that the world of gay labor in the 1950s and 1960s anticipated the post-Fordist economy we all live in today. This brilliant and timely ethnographic history reminds us that the intimate and the economic are intricately bound together.”—Robert O. Self, author of All in the Family: The Realignment of American Democracy since the 1960s

“With deep insight and expansive vision, Margot Canaday charts a history of queer vulnerability in the workforce and reveals the big-picture significance of queer labor for post-Fordist capitalism. This book is full of powerful ideas, and the voices of Canaday’s oral history narrators give it great heart.”—Regina Kunzel, author of Criminal Intimacy: Prison and the Uneven History of Modern American Sexuality