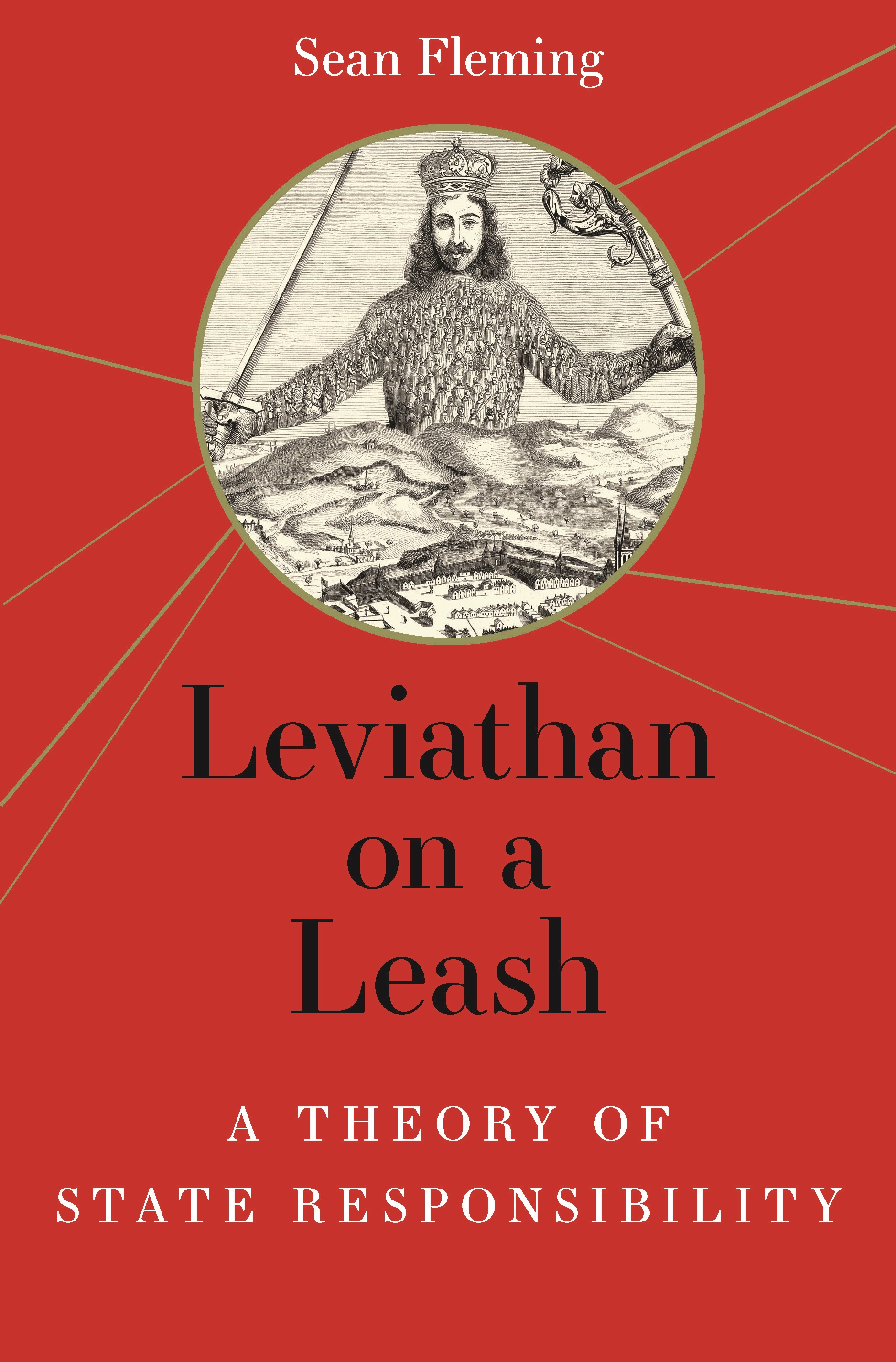 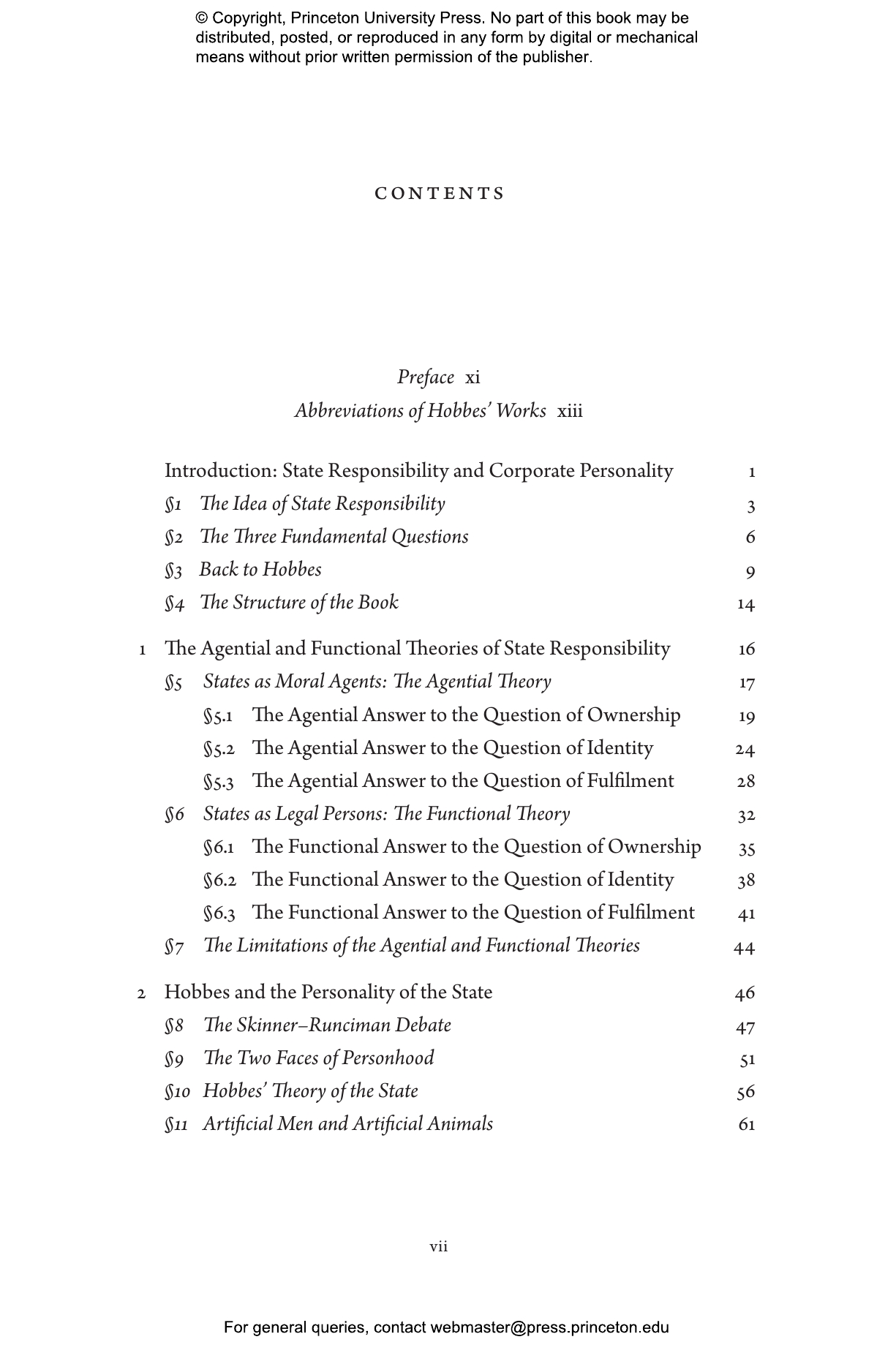 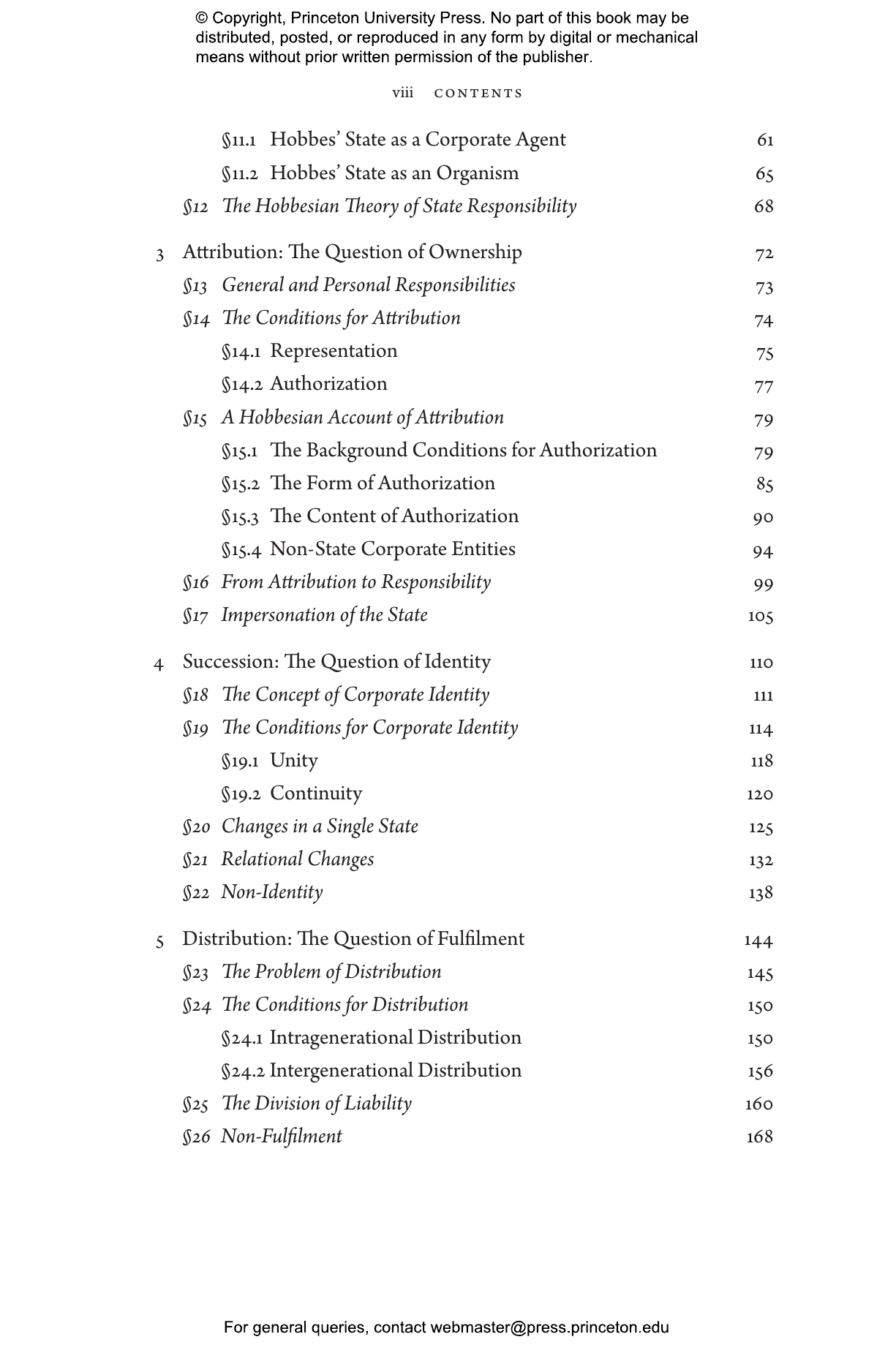 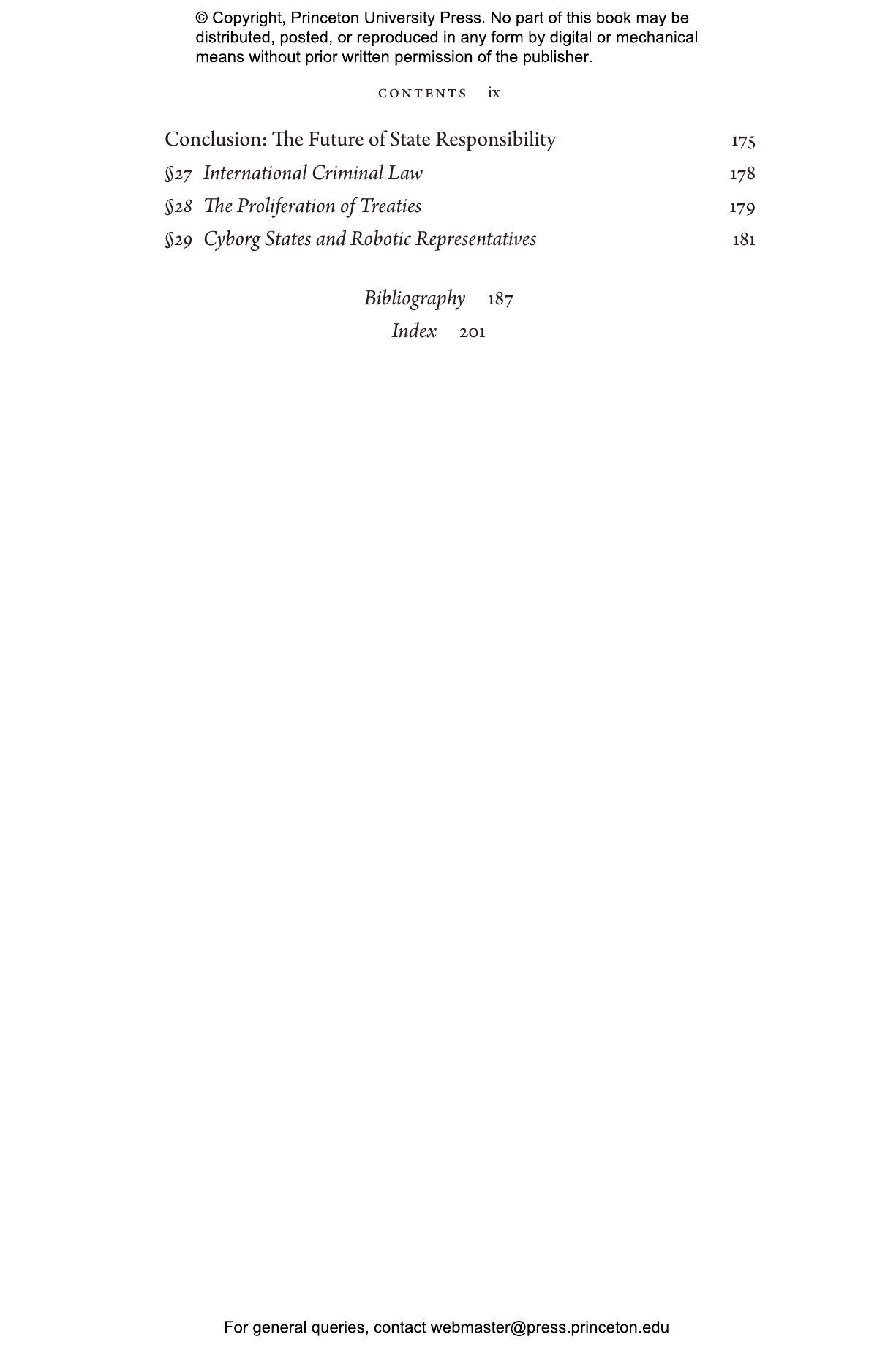 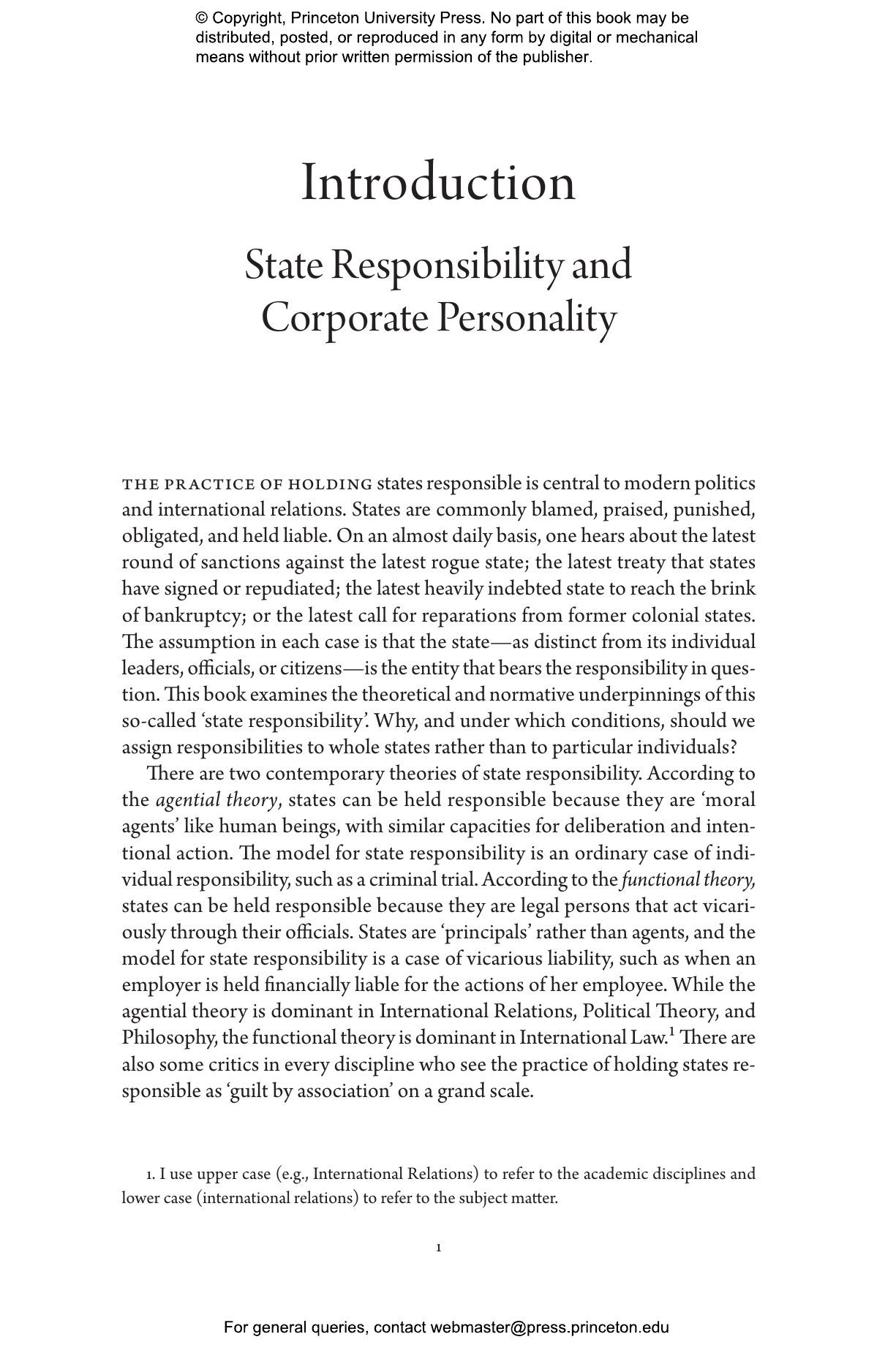 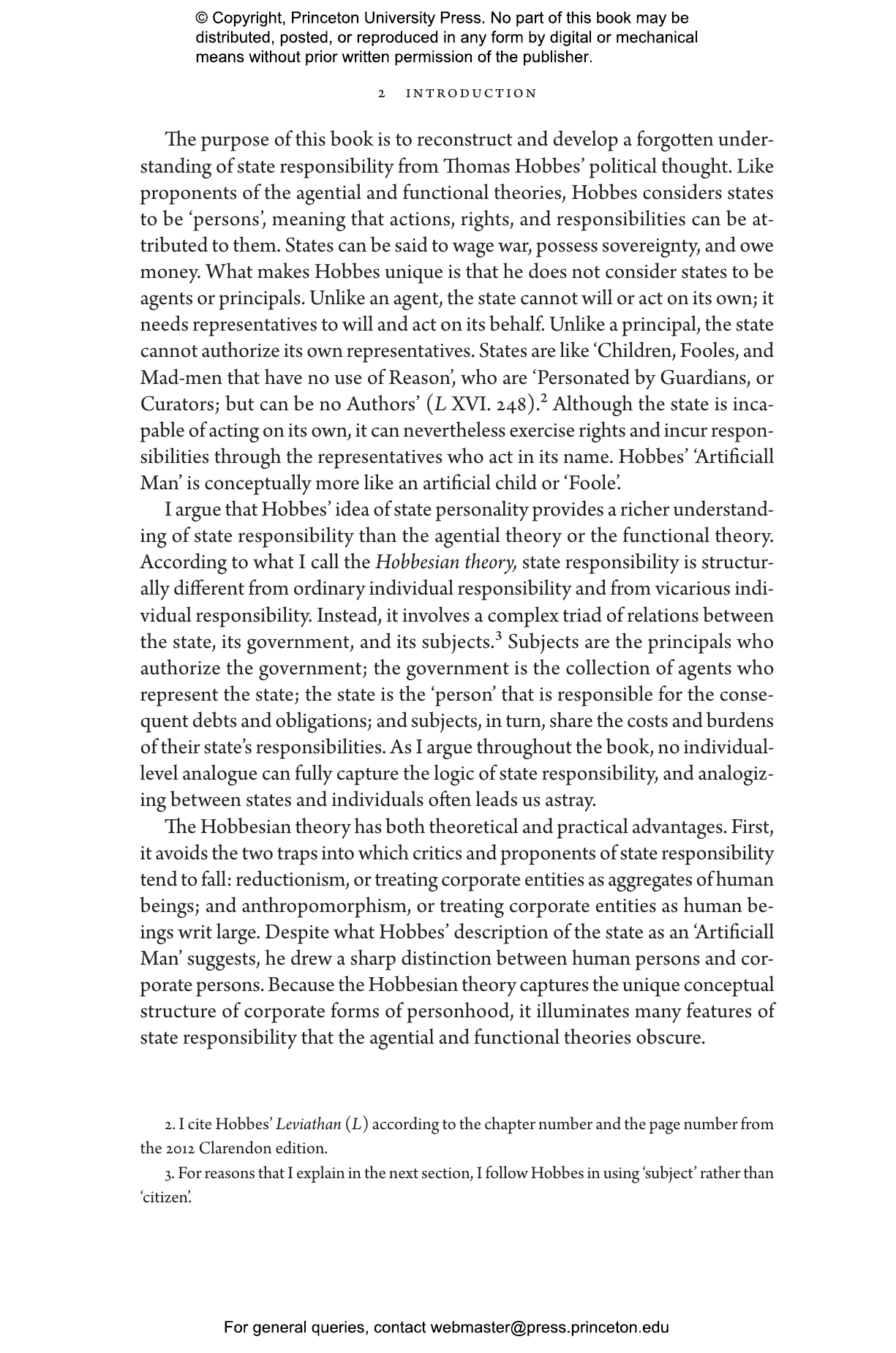 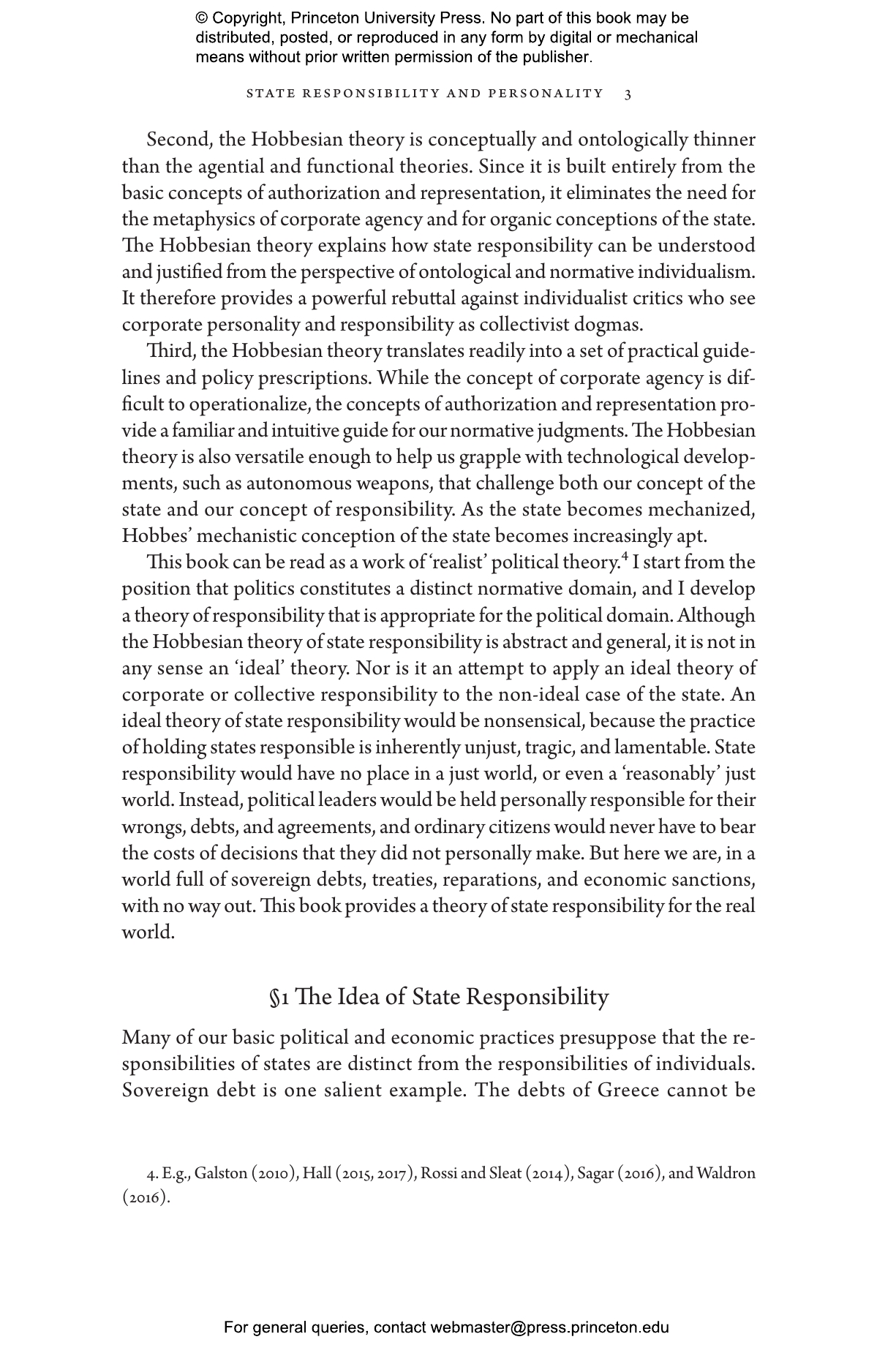 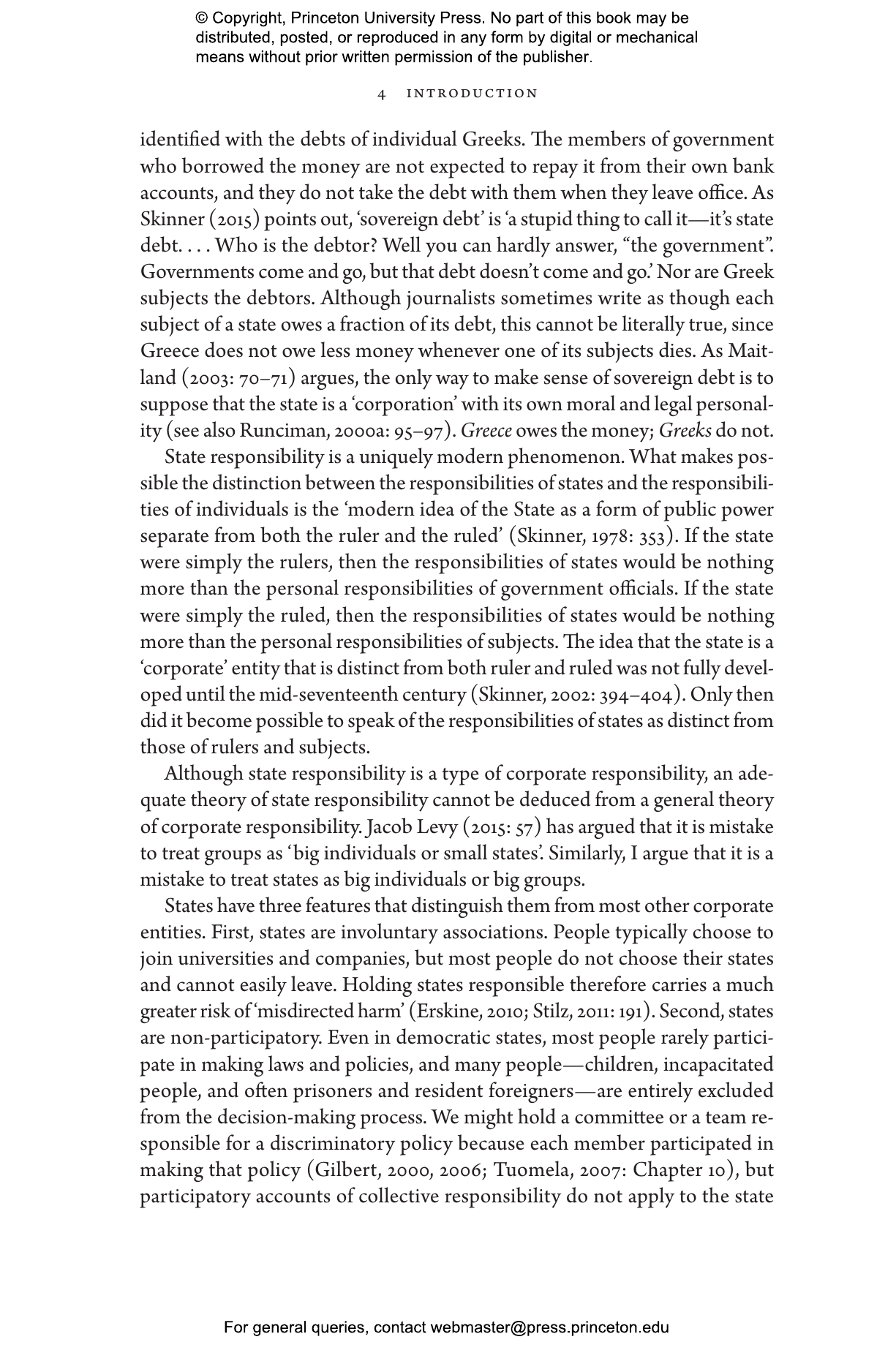 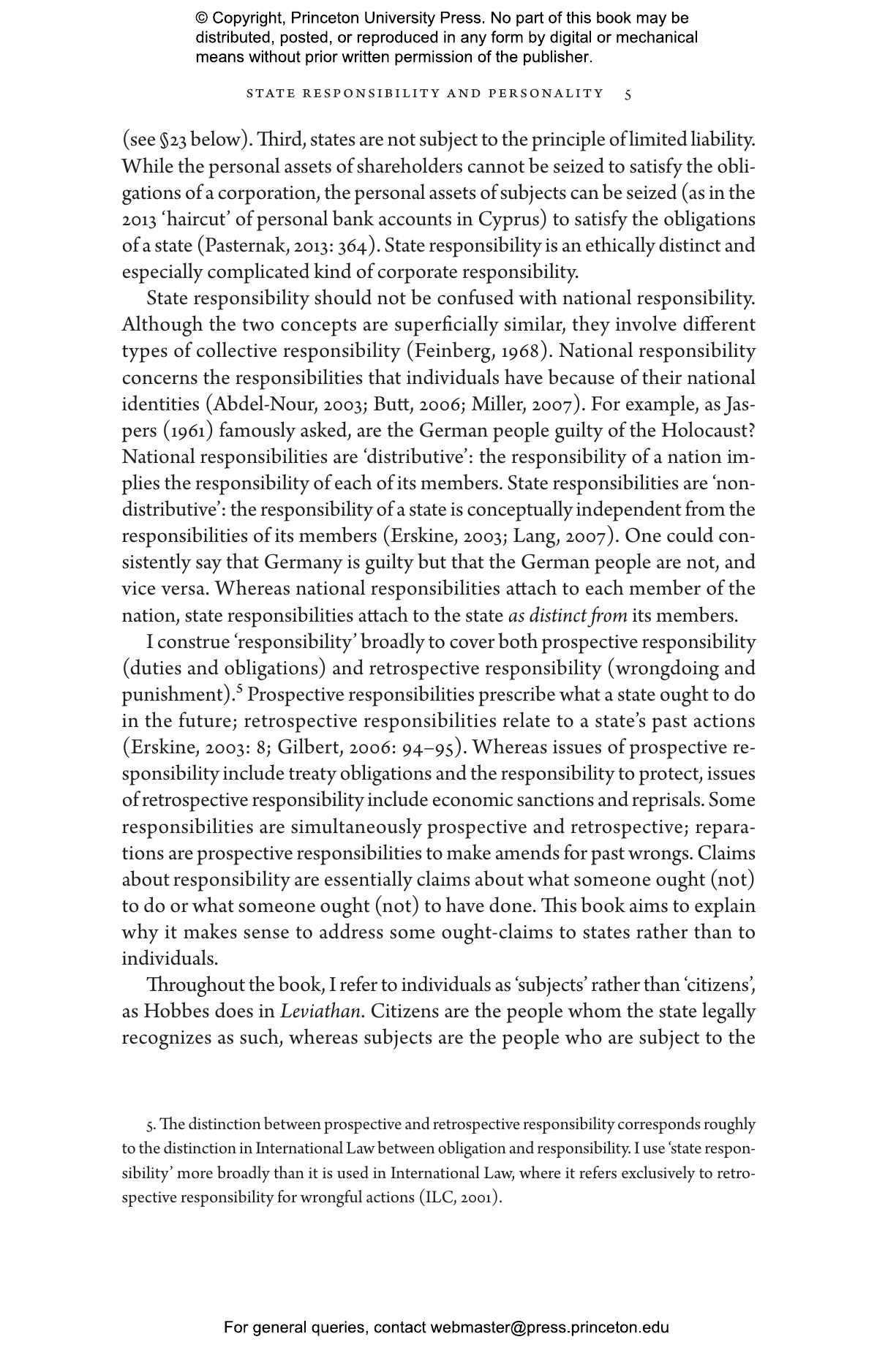 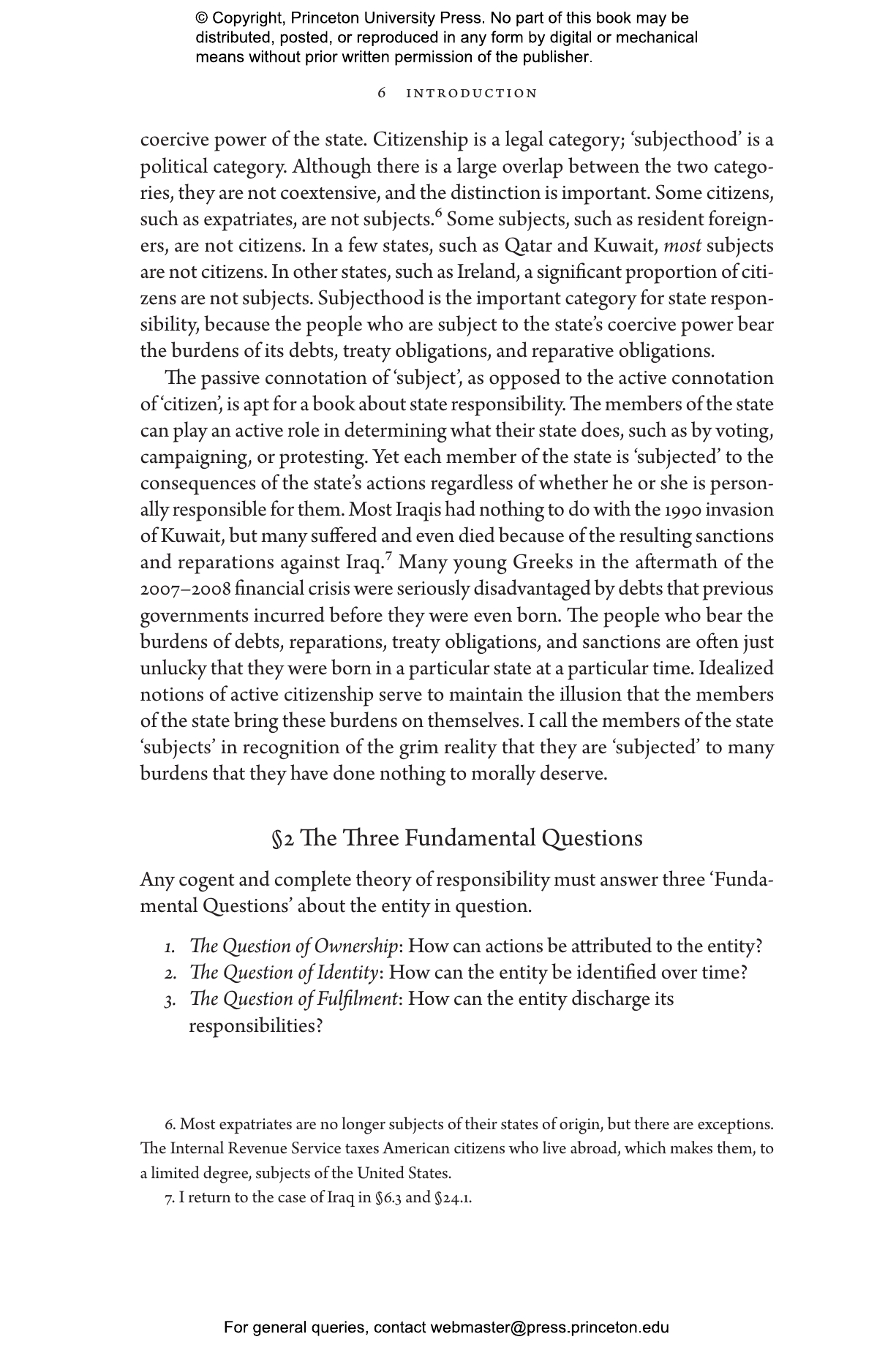 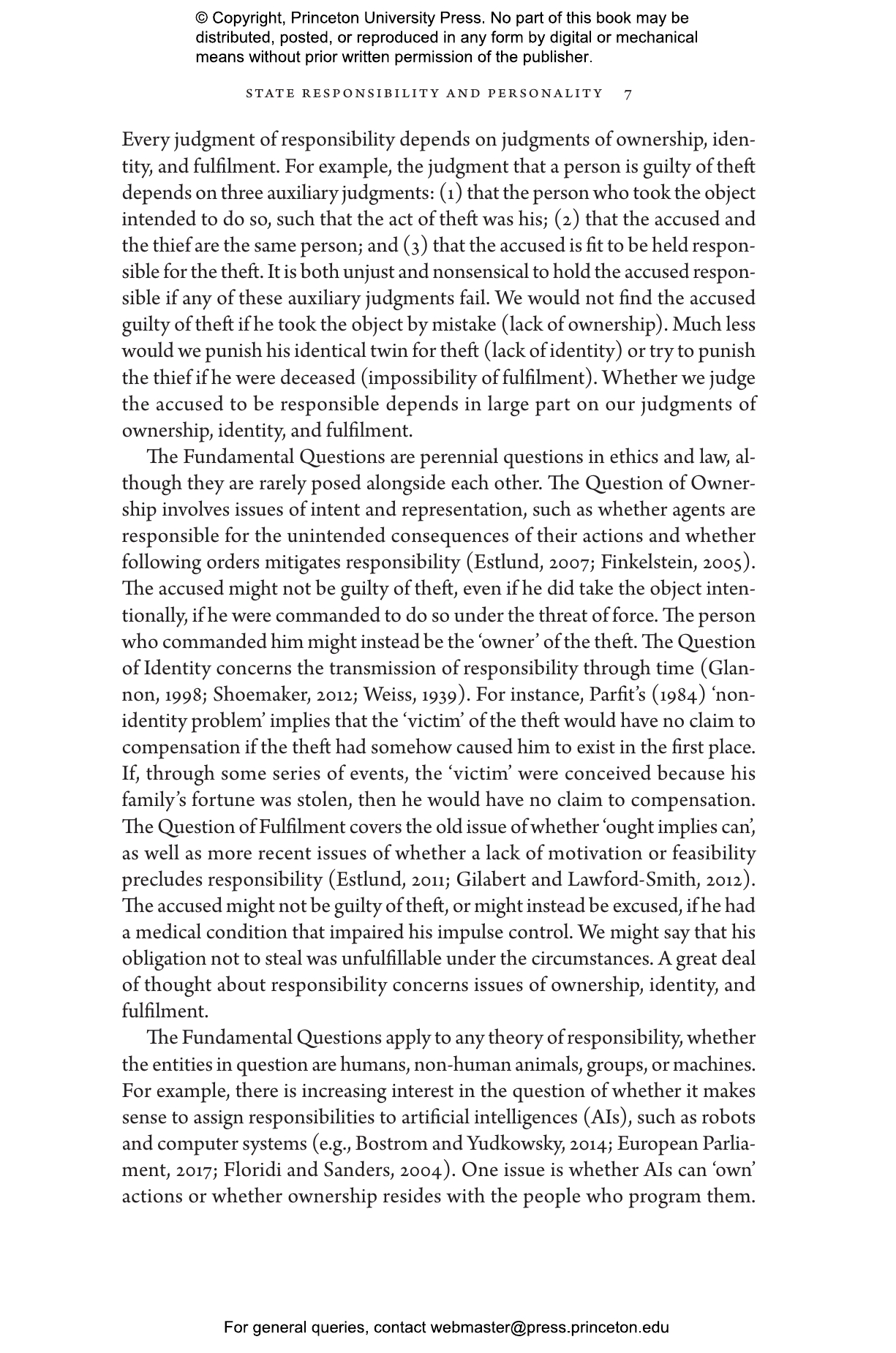 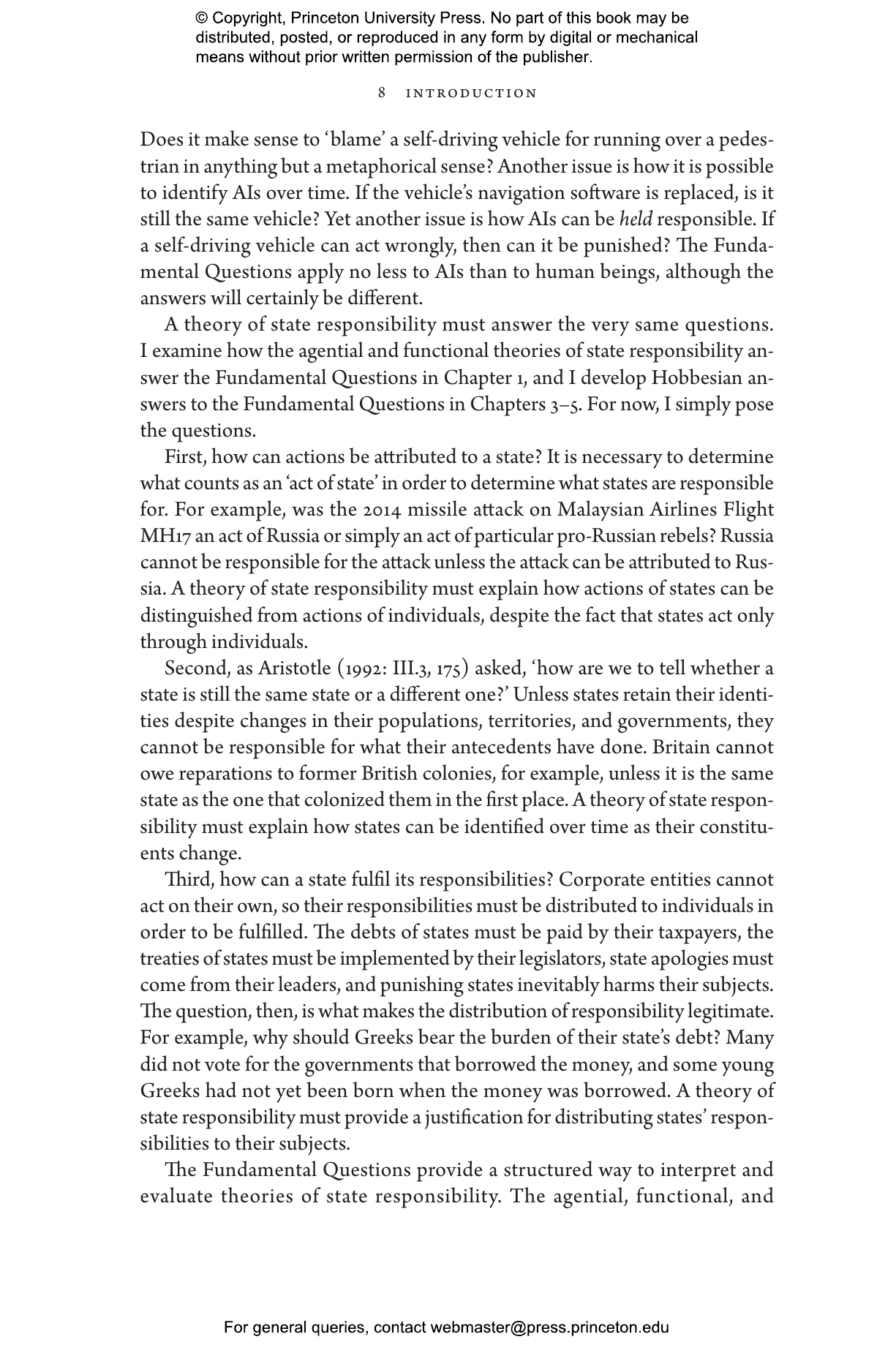 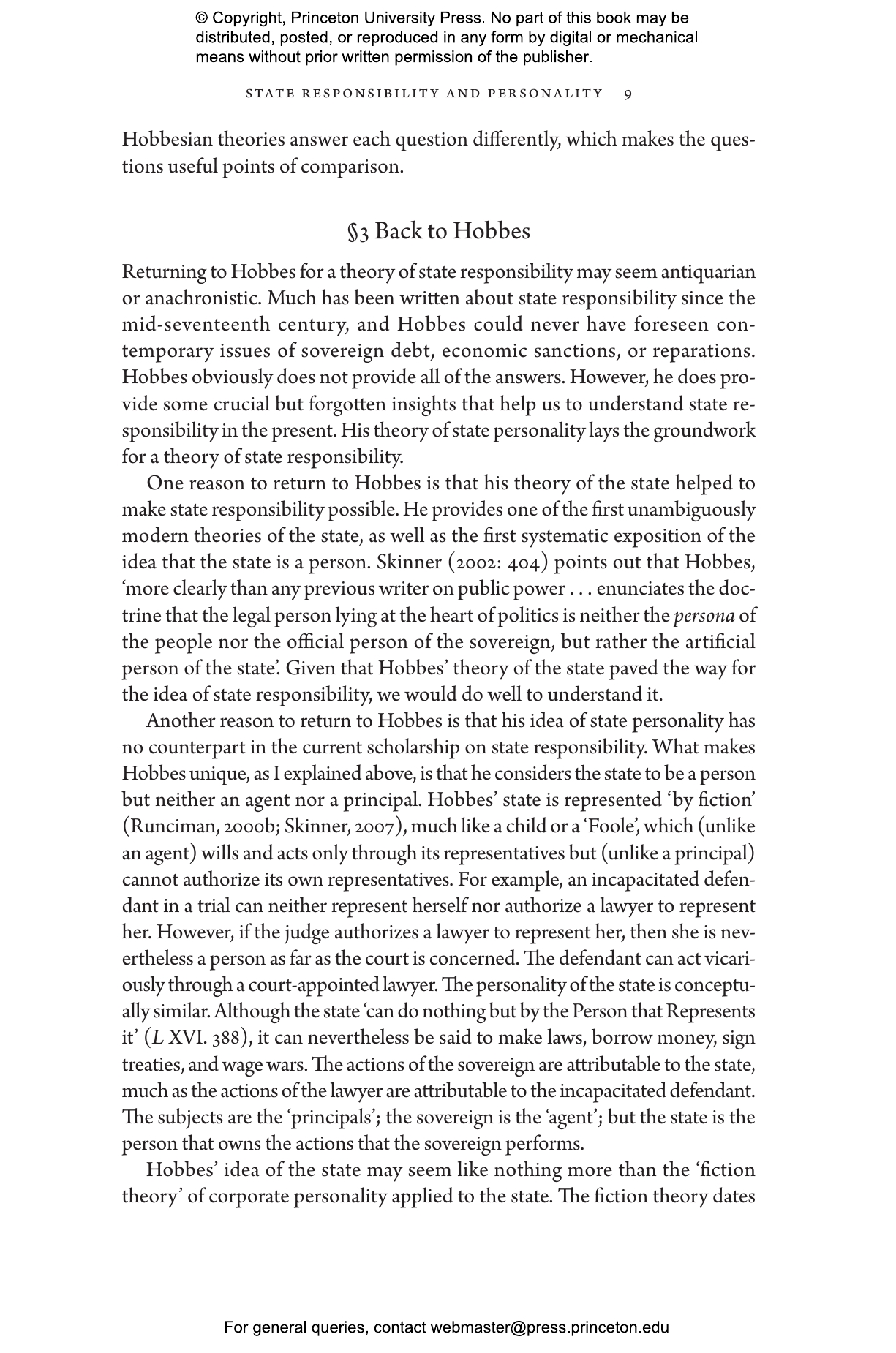 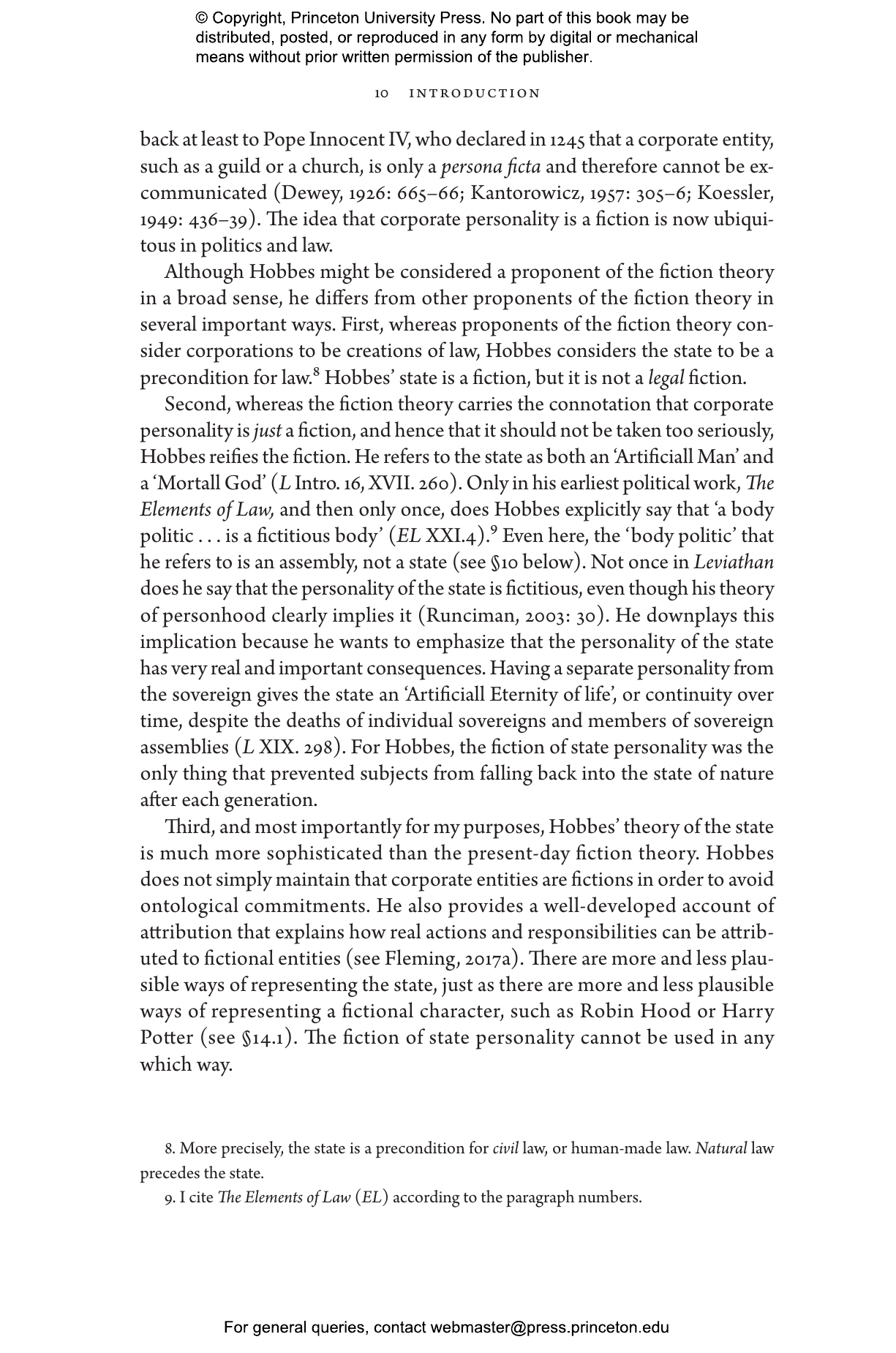 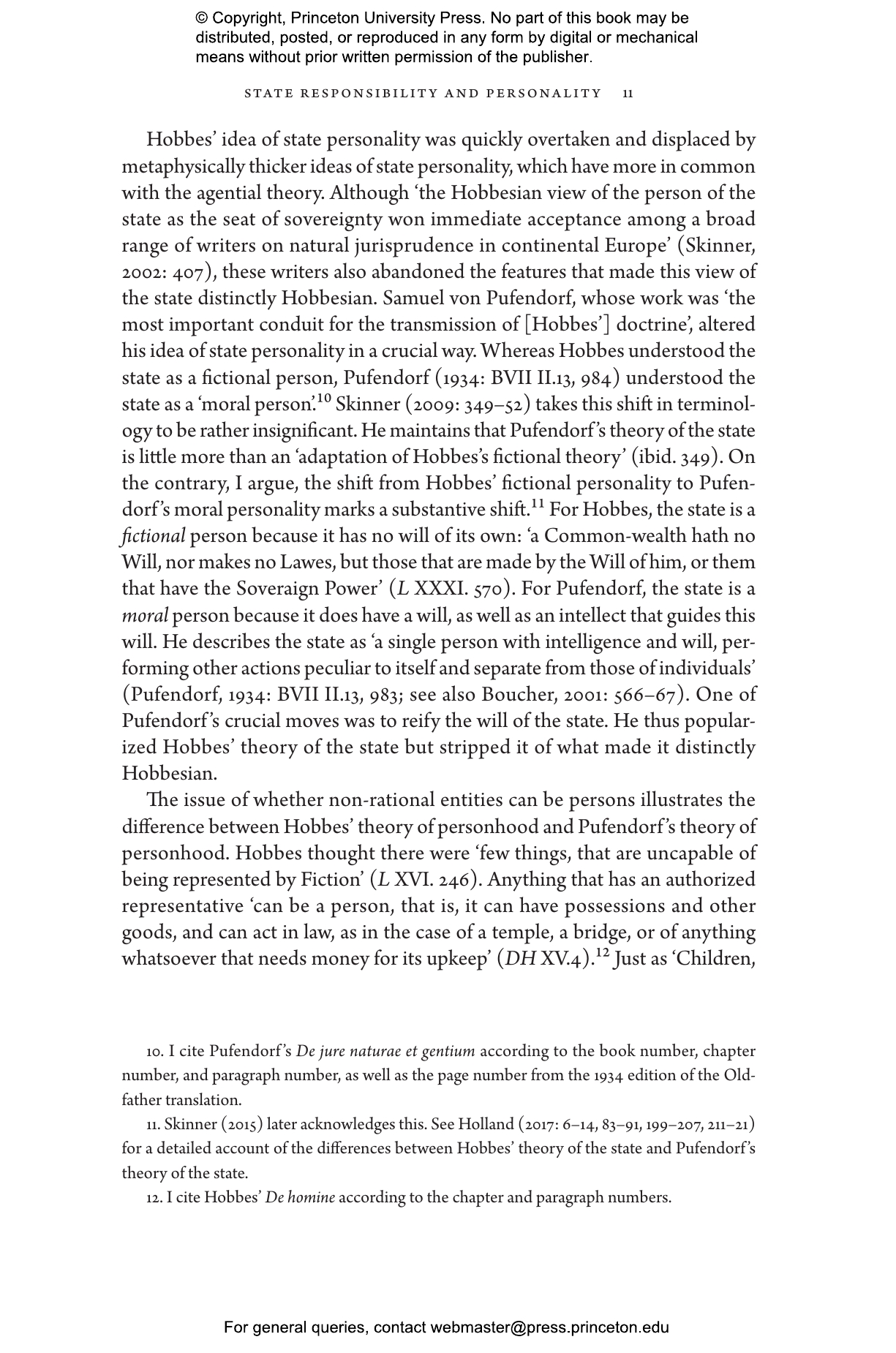 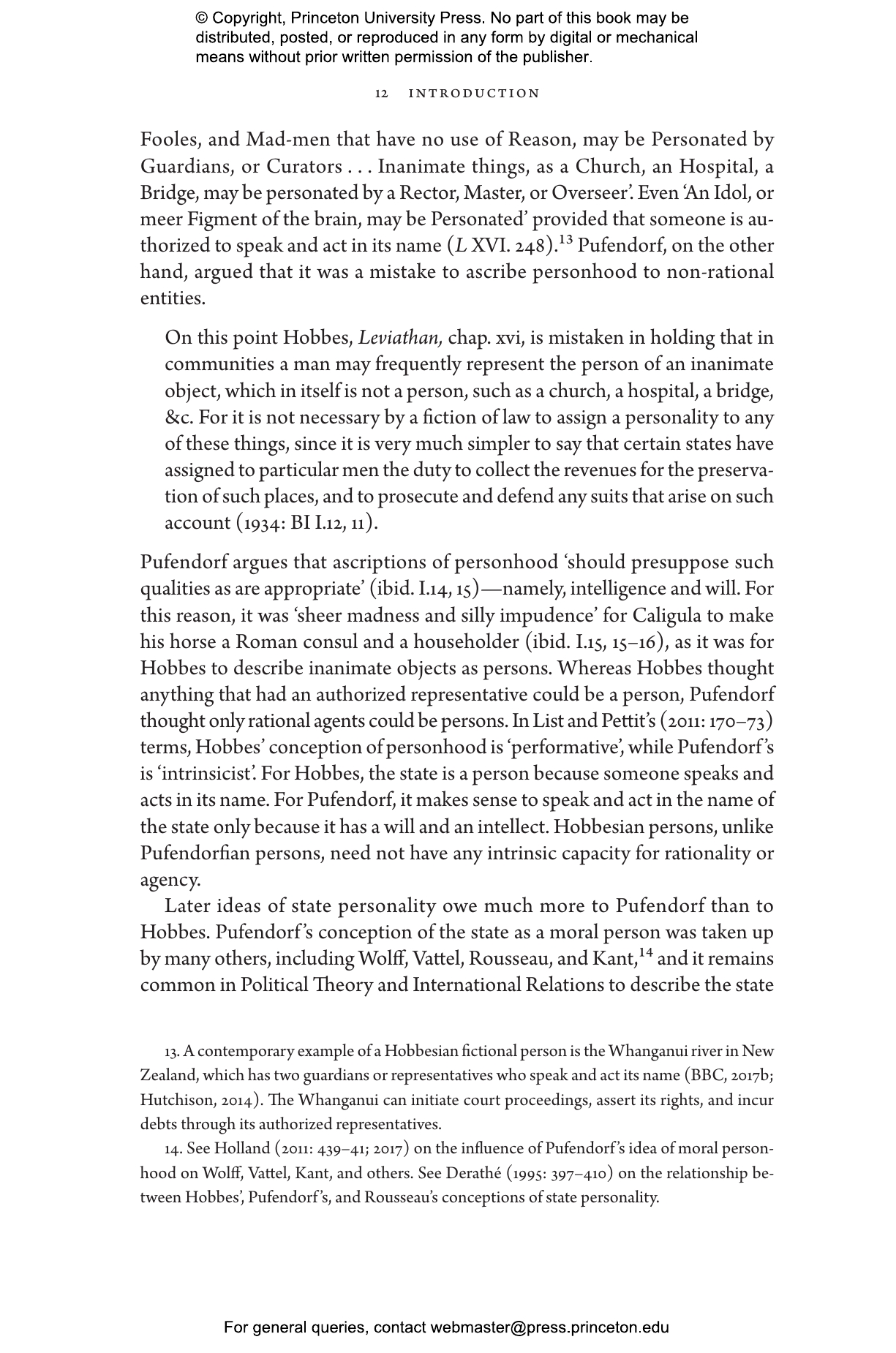 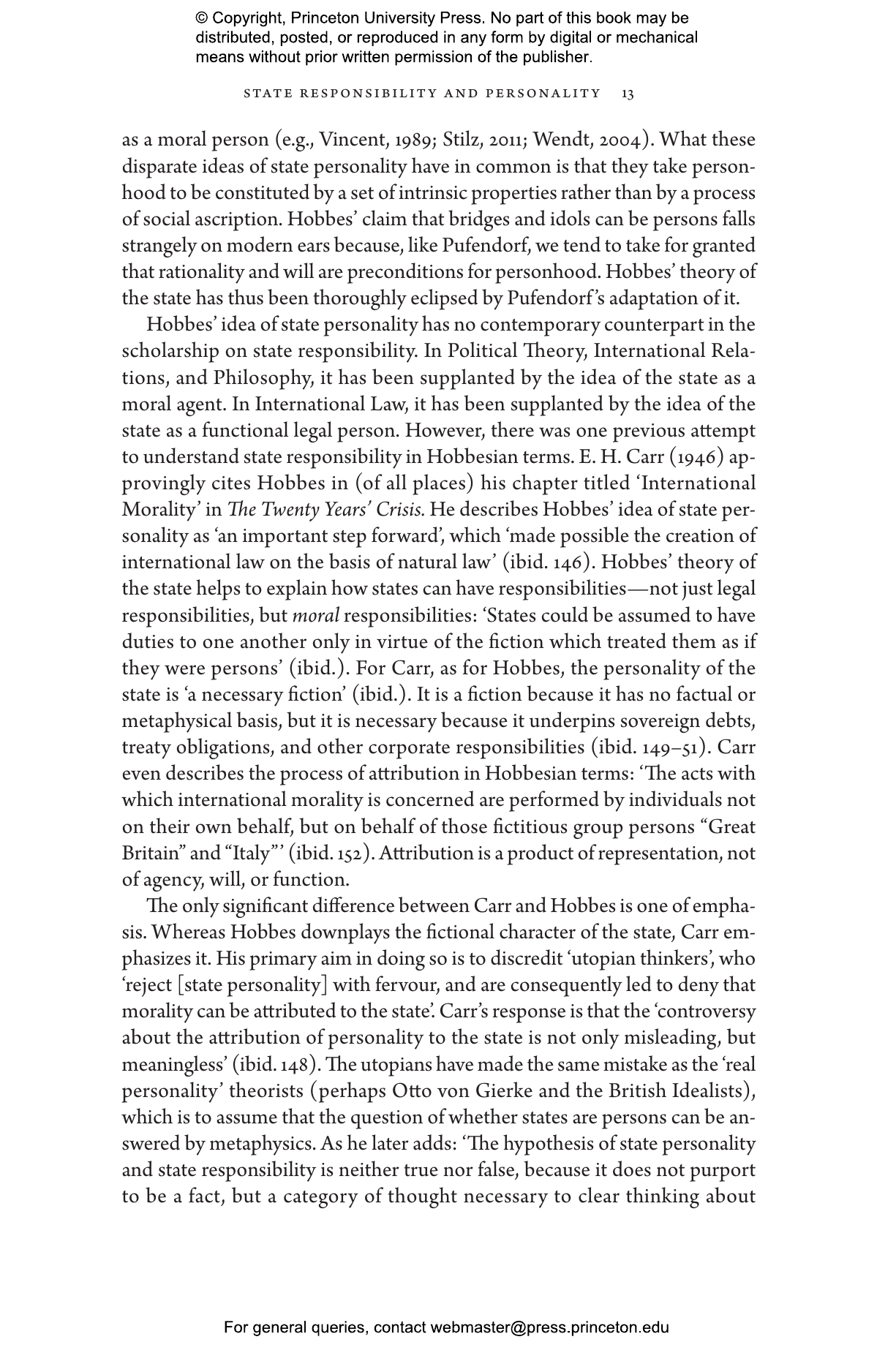 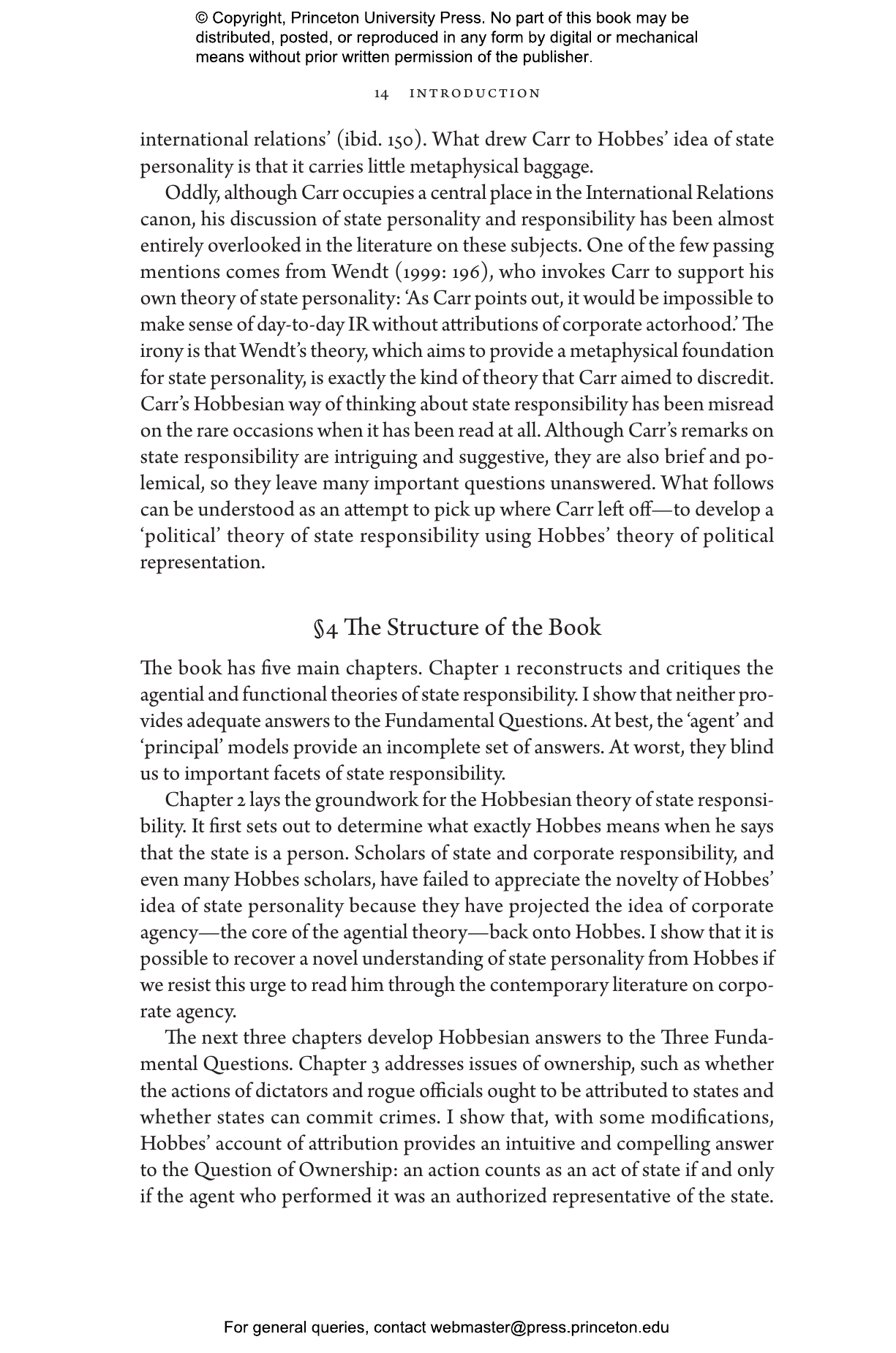 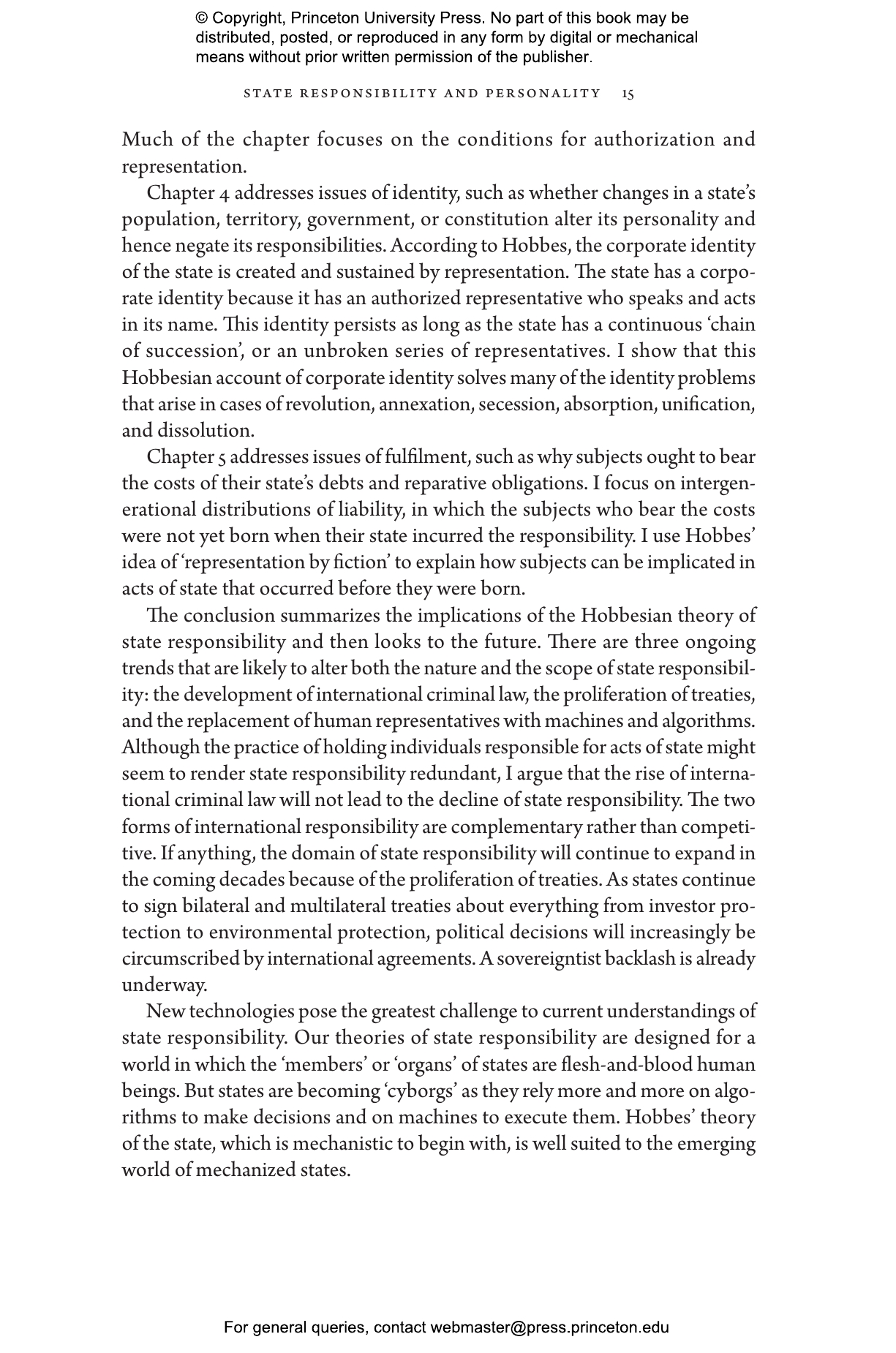 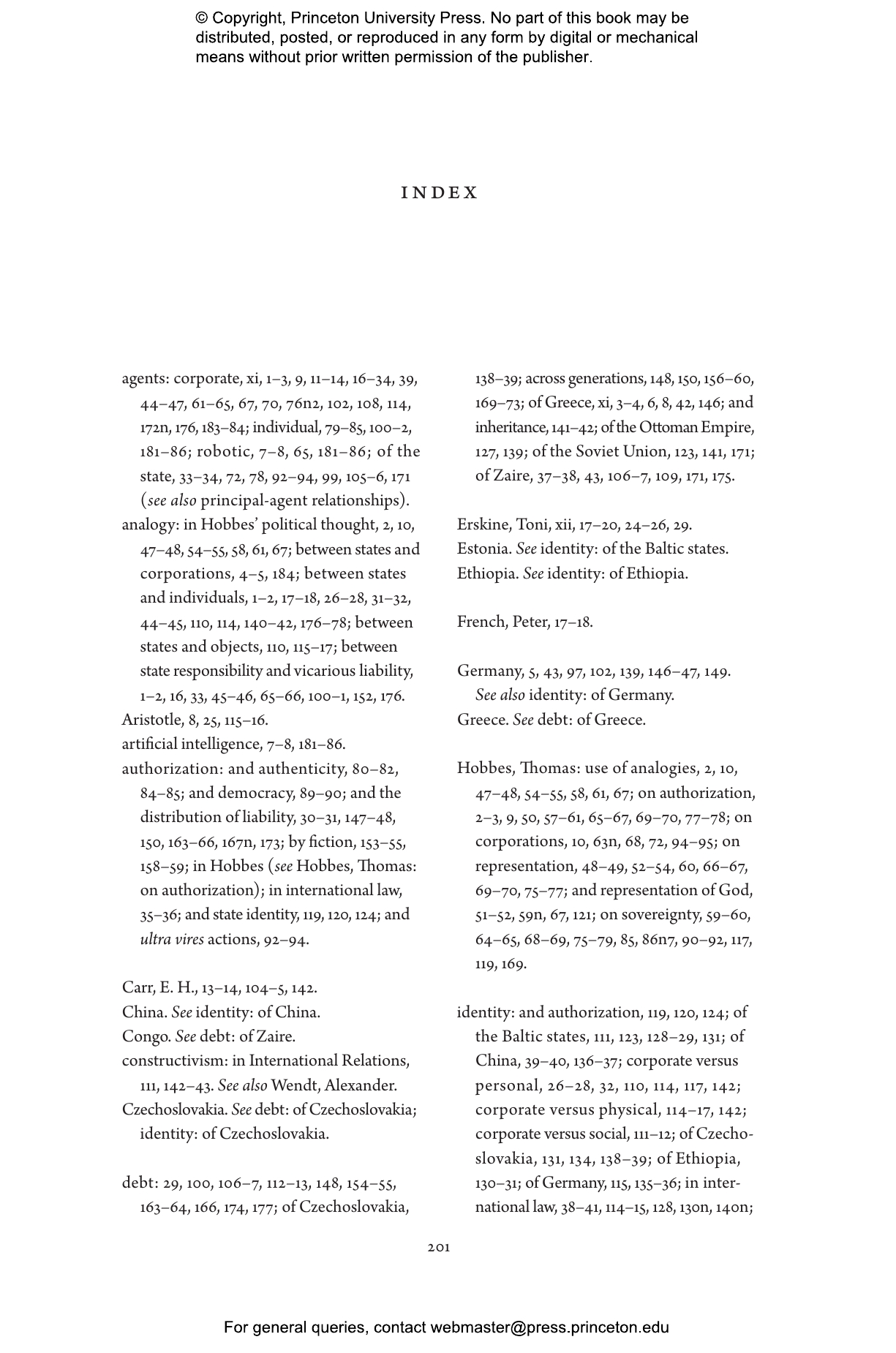 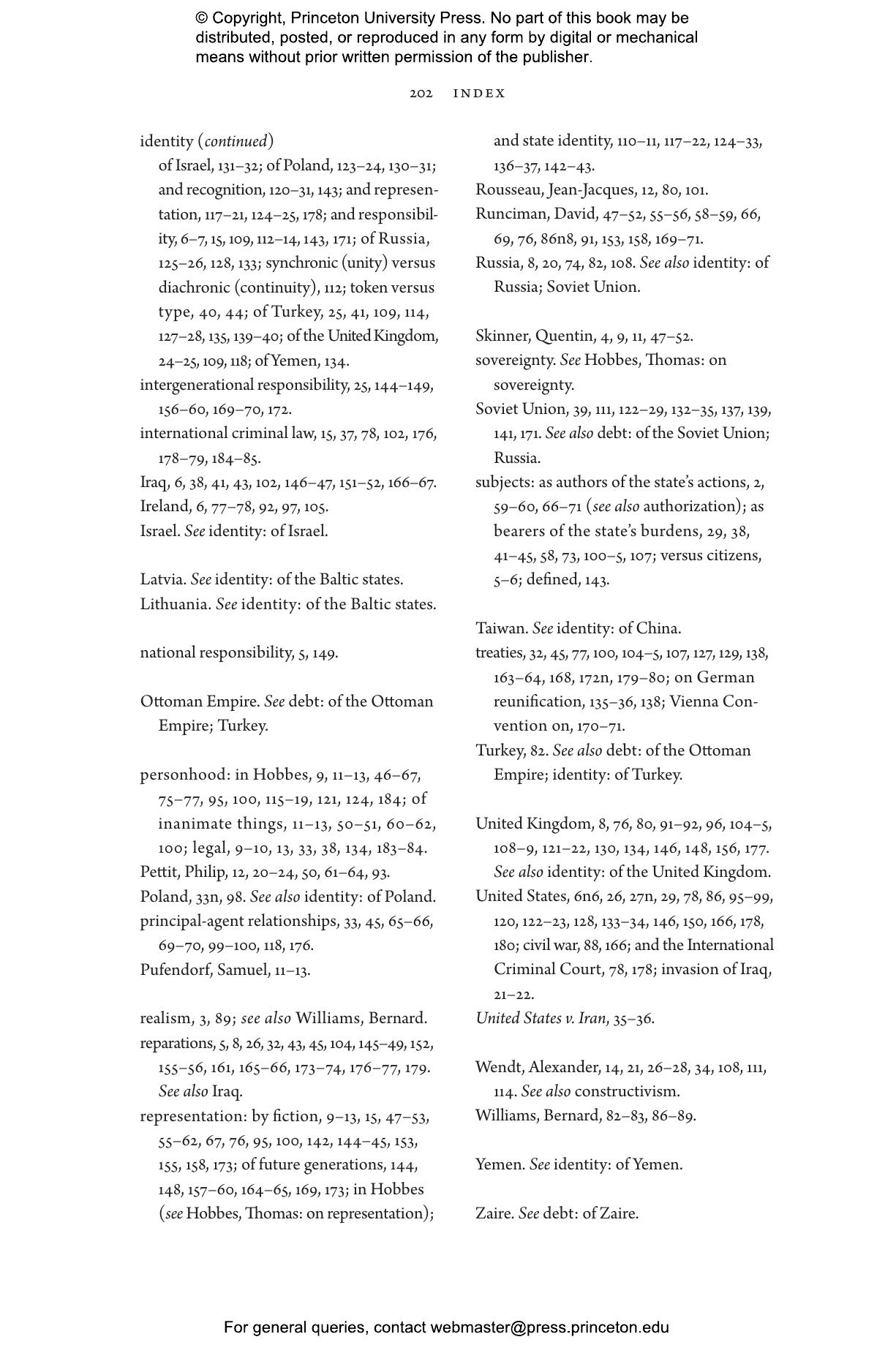 New perspectives on the role of collective responsibility in modern politics 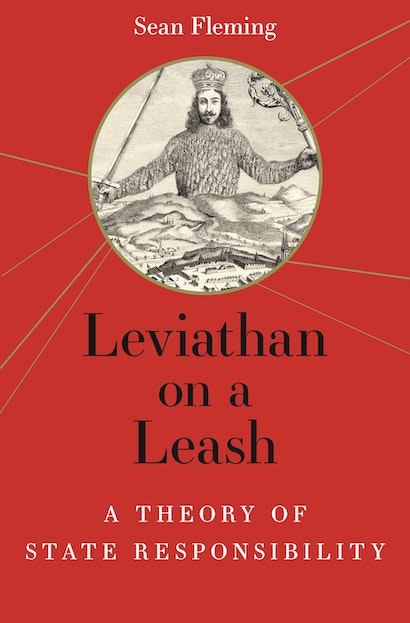 States are commonly blamed for wars, called on to apologize, held liable for debts and reparations, bound by treaties, and punished with sanctions. But what does it mean to hold a state responsible as opposed to a government, a nation, or an individual leader? Under what circumstances should we assign responsibility to states rather than individuals? Leviathan on a Leash demystifies the phenomenon of state responsibility and explains why it is a challenging yet indispensable part of modern politics.

Taking Thomas Hobbes’ theory of the state as his starting point, Sean Fleming presents a theory of state responsibility that sheds new light on sovereign debt, historical reparations, treaty obligations, and economic sanctions. Along the way, he overturns longstanding interpretations of Hobbes’ political thought, explores how new technologies will alter the practice of state responsibility as we know it, and develops new accounts of political authority, representation, and legitimacy. He argues that Hobbes’ idea of the state offers a far richer and more realistic conception of state responsibility than the theories prevalent today, and demonstrates that Hobbes’ Leviathan is much more than an anthropomorphic “artificial man.”

Leviathan on a Leash is essential reading for political theorists, scholars of international relations, international lawyers, and philosophers. This groundbreaking book recovers a forgotten understanding of state personality in Hobbes’ thought and shows how to apply it to the world of imperfect states in which we live.

Sean Fleming is a junior research fellow at Christ's College and in the Department of Politics and International Studies at the University of Cambridge.

"Leviathan on a Leash [is] an extremely refreshing and rewarding read; indeed, I struggle to think of any other work that so successfully draws on and revises Hobbes’s ideas to make such an important intervention into contemporary debates."—Robin Douglass, Hobbes Studies

"In this imaginative and insightful book, Sean Fleming deploys the work of Thomas Hobbes to construct a theory of state responsibility that speaks to some of the most complex and contested practices in international law and politics. Fleming sets a new standard for how to use the history of political thought to understand contemporary global politics."—Anthony F. Lang Jr., University of St Andrews

"Leviathan on a Leash is a major scholarly achievement. Fleming offers a genuinely original conceptualization of the state, showing how and why Hobbes' epochal account of state personation needs to be updated for conditions of twenty-first-century domestic and international politics."—Paul Sagar, author of The Opinion of Mankind: Sociability and the Theory of the State from Hobbes to Smith

"Employing a carefully reworked understanding of Hobbes’ conception of the state, Fleming offers a new account of state personality—a matter that has vexed both international relations theory and international law—and applies it to the equally vexing question of state responsibility."—Harry D. Gould, author of The Legacy of Punishment in International Law