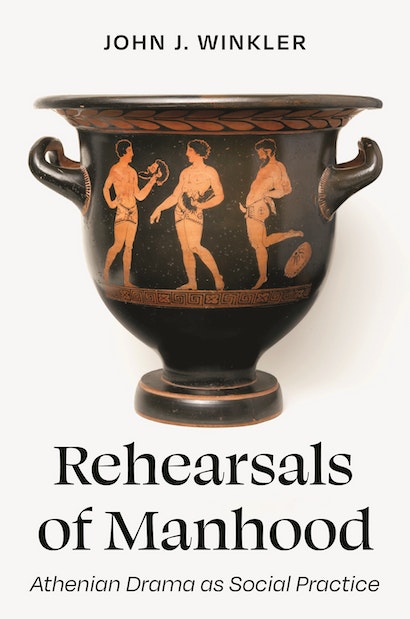 When John Winkler died in 1990, he left an unpublished manuscript containing a highly original interpretation of the development and meaning of ancient Greek drama. Rehearsals of Manhood makes this groundbreaking work available for the first time, presenting an entirely novel picture of Greek tragedy and a vivid portrait of the cultural poetics of Athenian manhood.

Ancient Athens was a military conclave as well as an urban capital, and male citizens were expected to embody the ideal of the Athenian citizen-soldier. Winkler understands Attic drama as a secular manhood ritual, a collaborative aesthetic and civic enterprise focused on the initiation of boys into manhood and the training, testing, and representation of young male warriors. Past efforts to discover the origins and development of Greek tragedy have largely treated drama as a literary genre, isolating it from other Athenian social practices. Winkler returns Greek tragedy to its social context, showing how it was one among many forms of display and performance cultivated by elite males in ancient Greece.

The final work of a celebrated classical scholar, Rehearsals of Manhood highlights the civic function of the dramatic festivals at classical Athens as occasions for the examination and representation of boys on the verge of manhood, and offers a fresh explanation of how dramatic performance fit into the social life and gender politics of the Athenian state.

John J. Winkler (1943–1990) was professor of classics at Stanford University. His books include The Constraints of Desire: The Anthropology of Sex and Gender in Ancient Greece and Auctor & Actor: A Narratological Reading of Apuleius's "The Golden Ass." 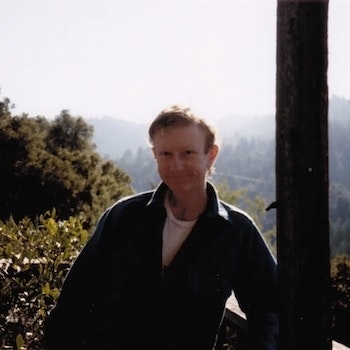 "Before his untimely death, Winkler was working on a fully revised and expanded version of his argument concerning the relationship between Athenian drama and the rite of passage from boyhood to full manhood. Winkler's thesis was and remains original and powerful. There is so much of permanent value here that everyone will be grateful for the publication of this volume."—David Konstan, author of In the Orbit of Love: Affection in Ancient Greece and Rome

"Anyone who knew Winkler will hear his voice again in these pages. Ebullient, incisive, and willful by turns, it's the real Jack speaking, as provocative en revenant as he was in the flesh."—Maud W. Gleason, author of Making Men: Sophists and Self-Presentation in Ancient Rome