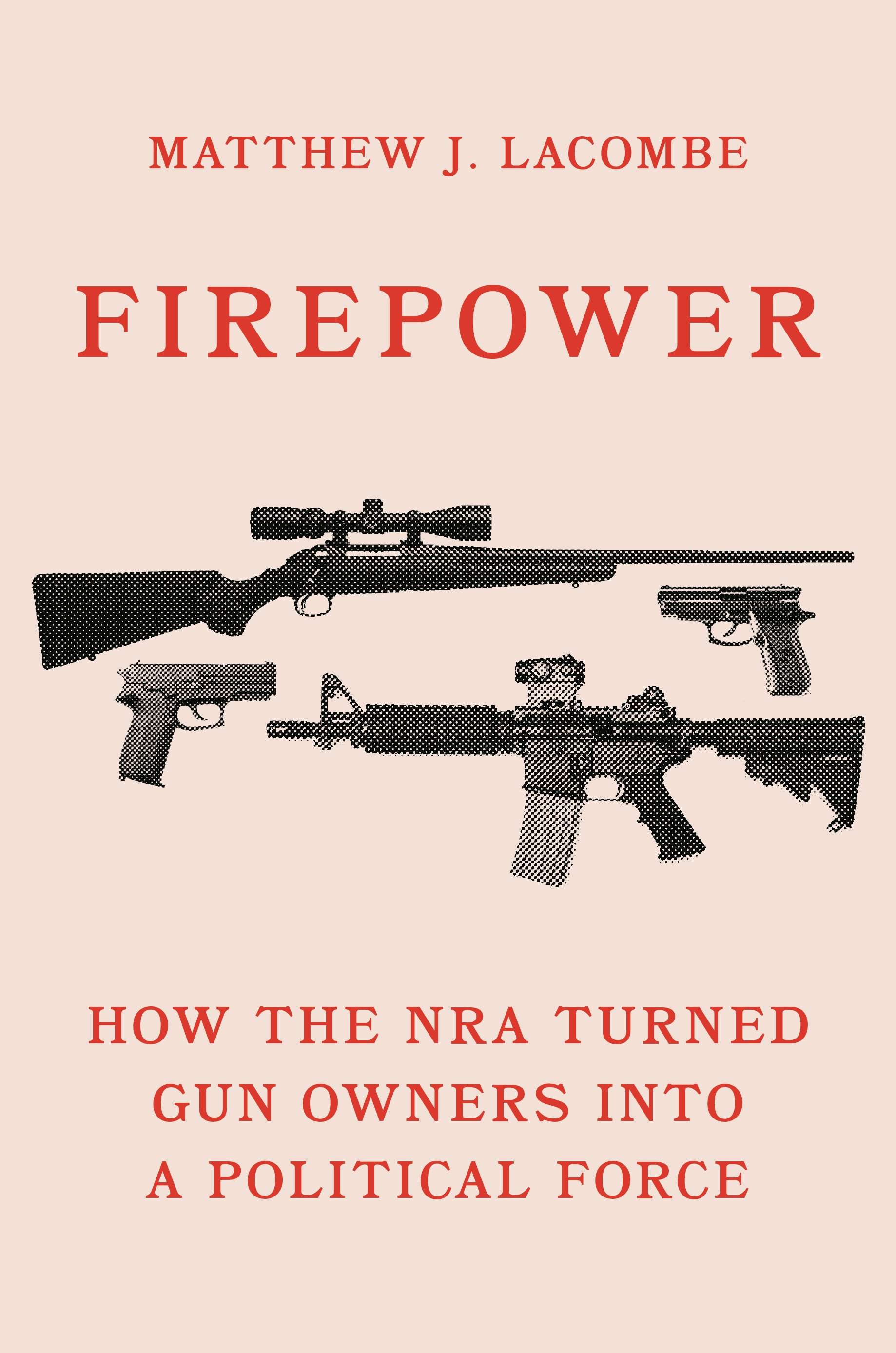 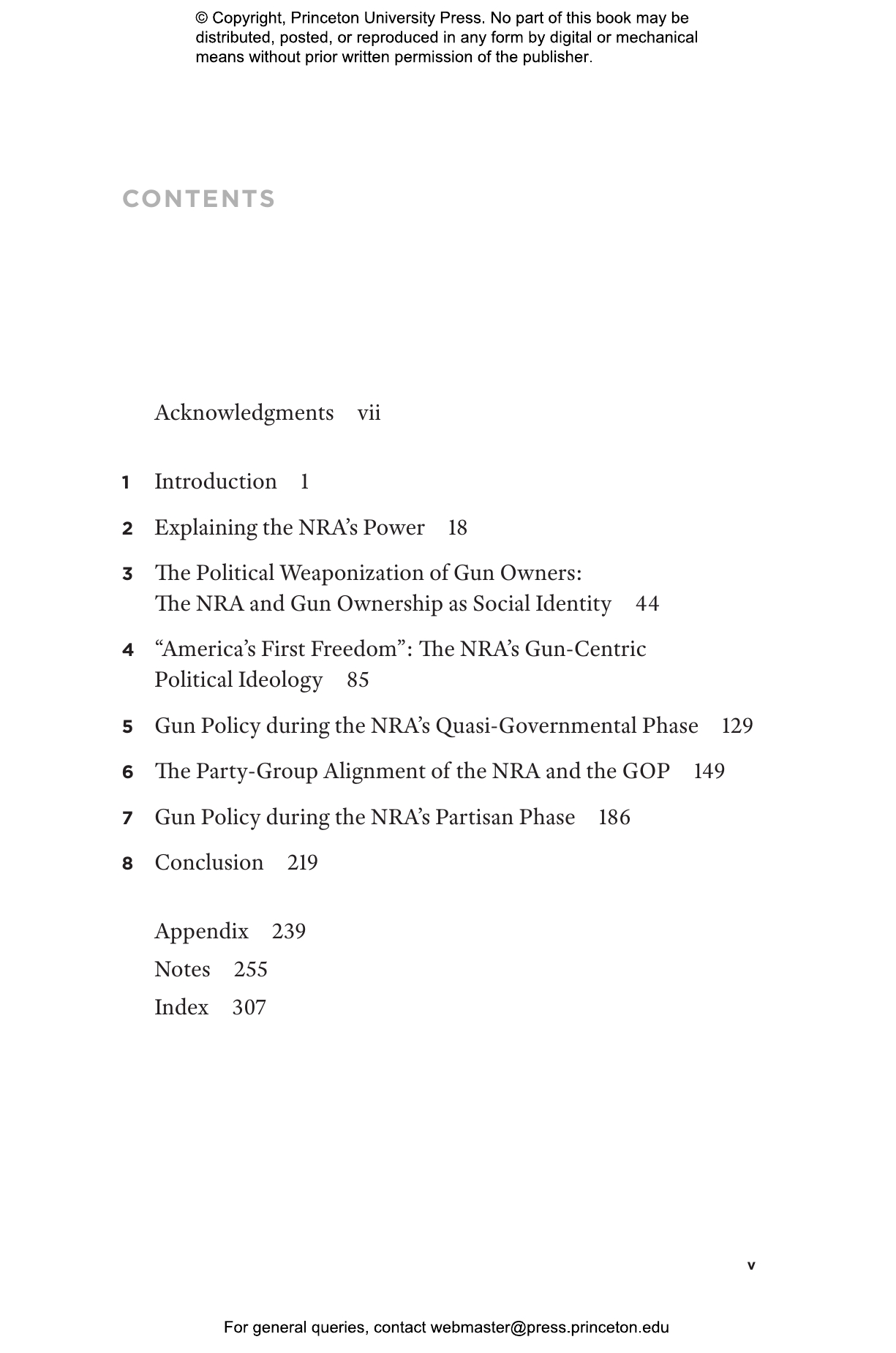 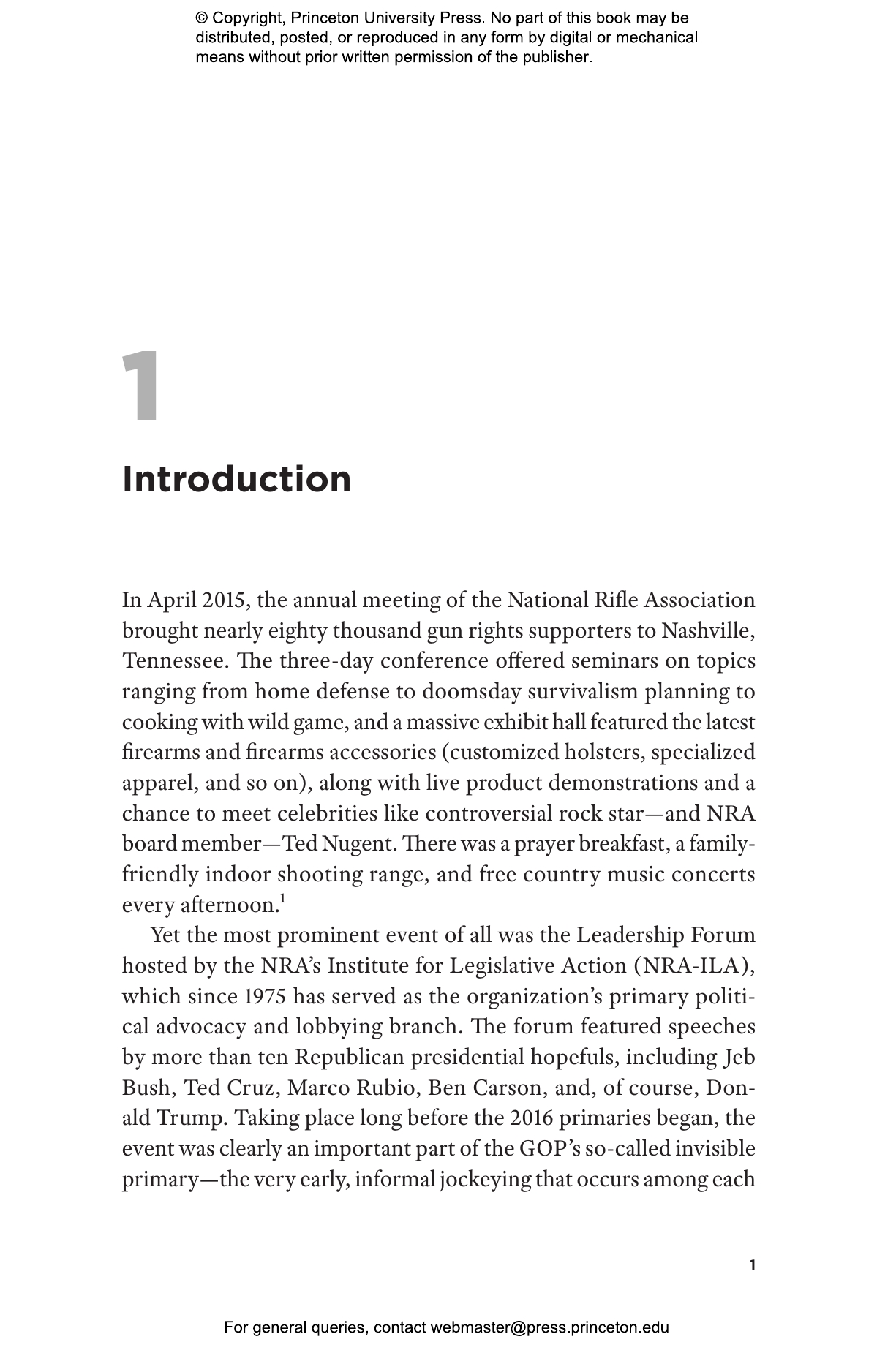 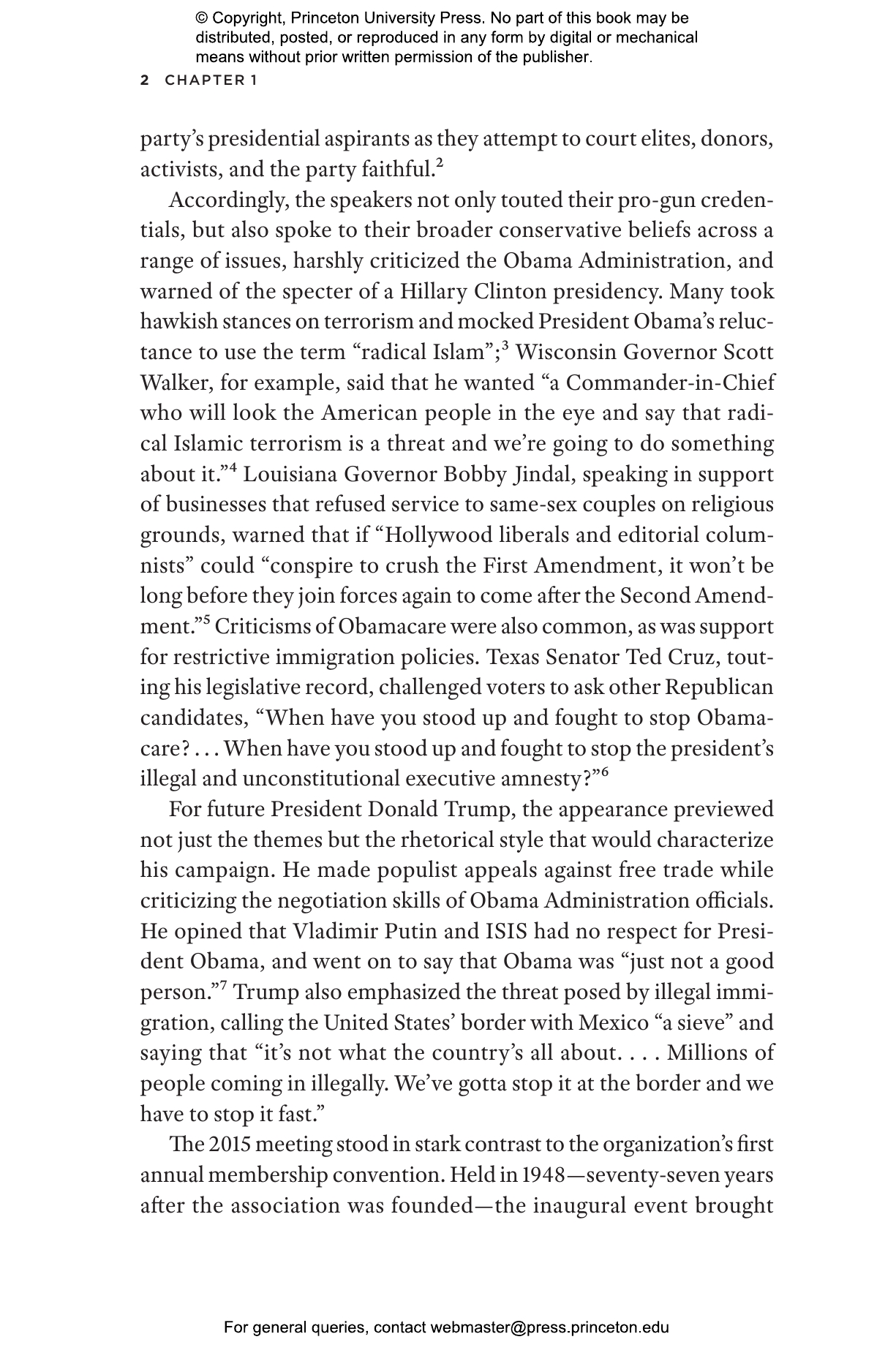 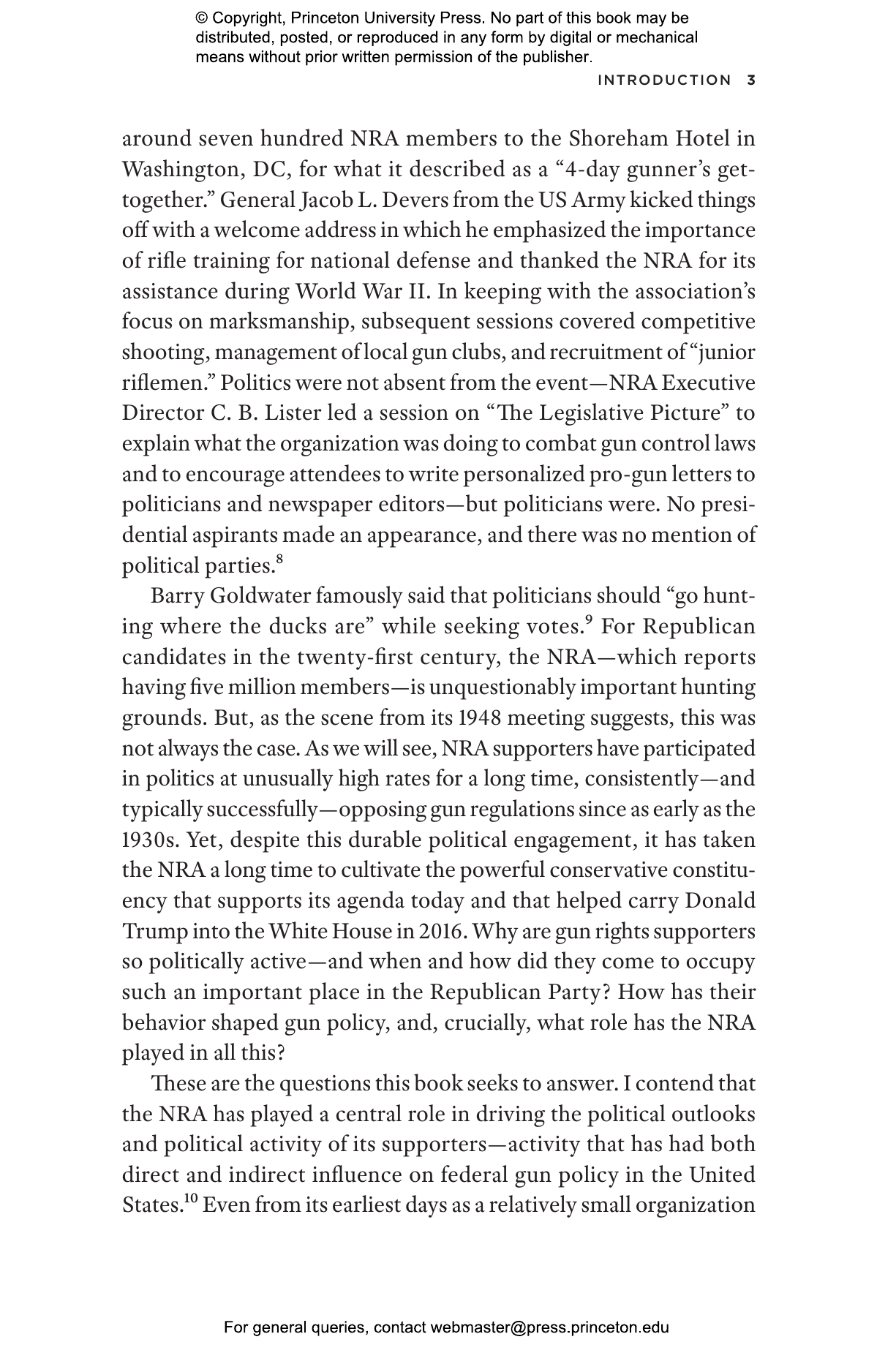 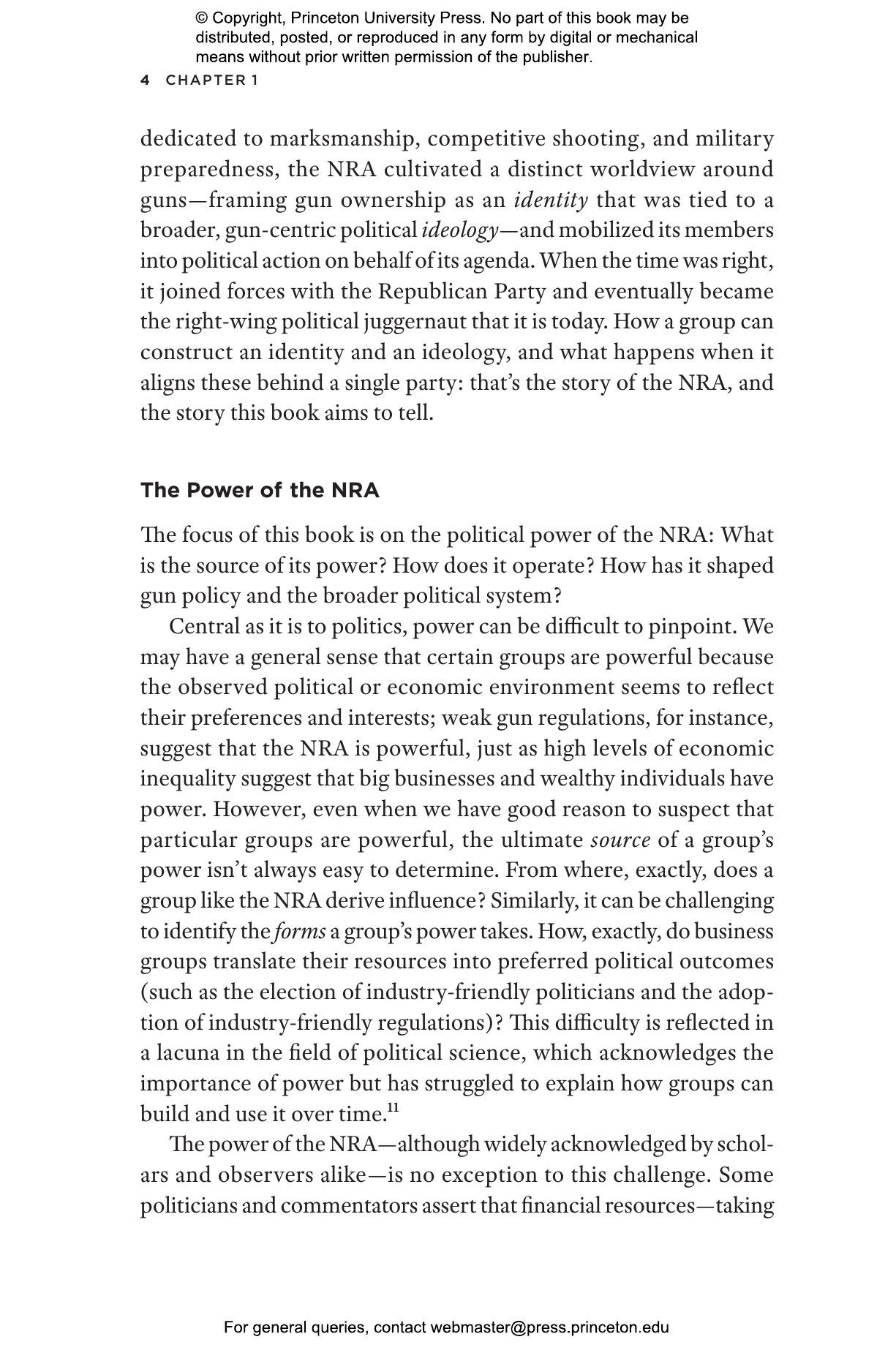 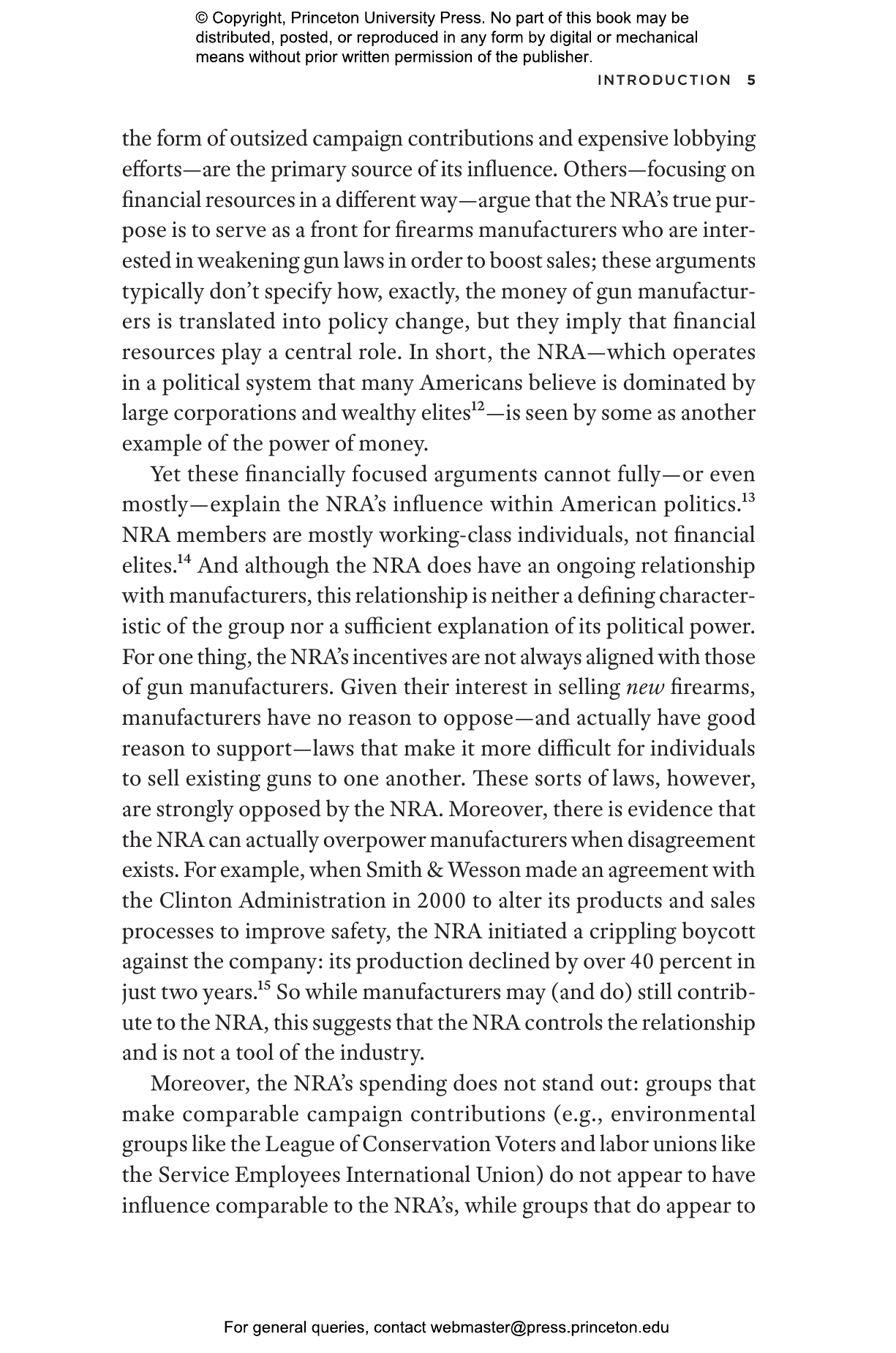 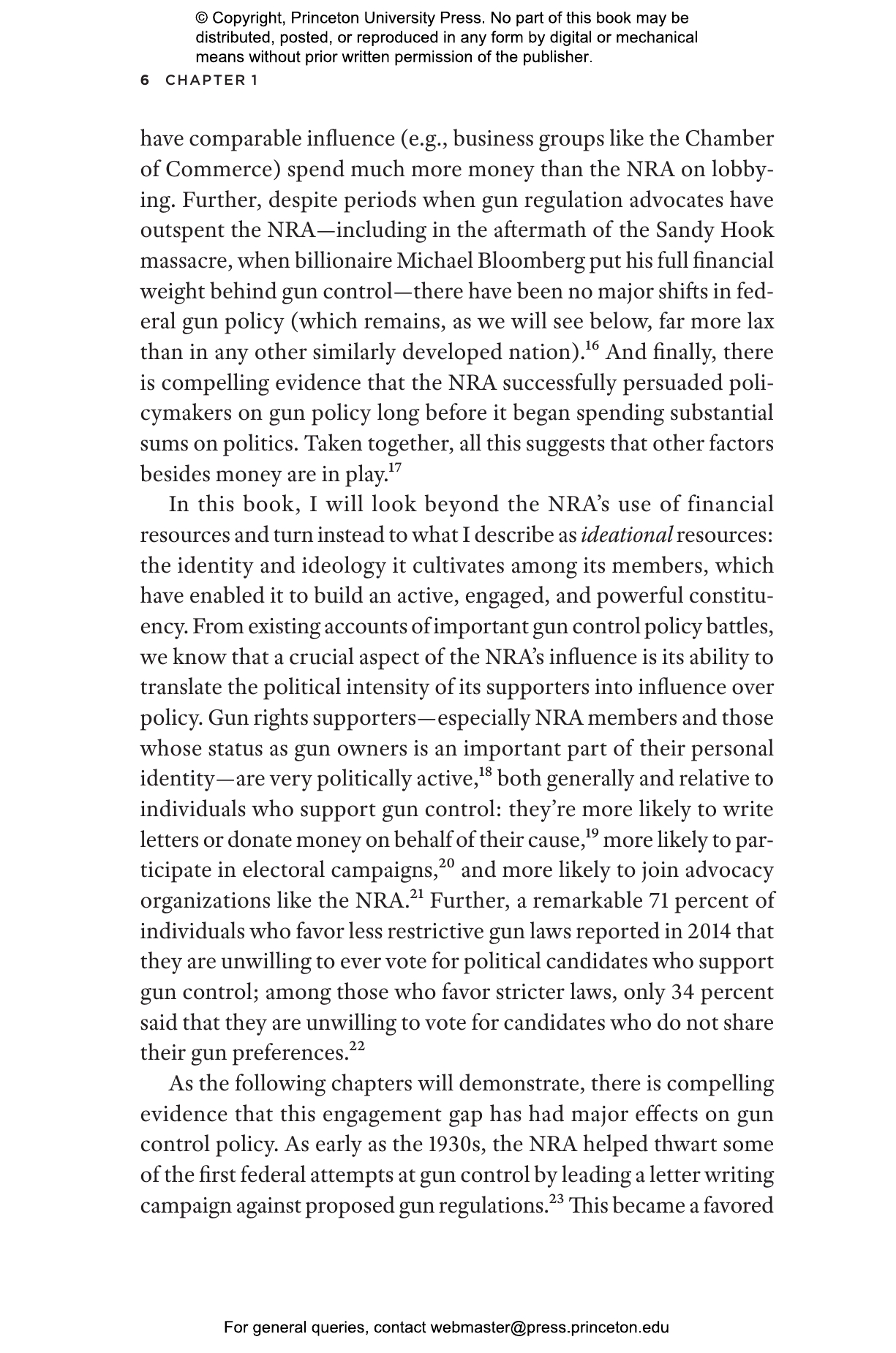 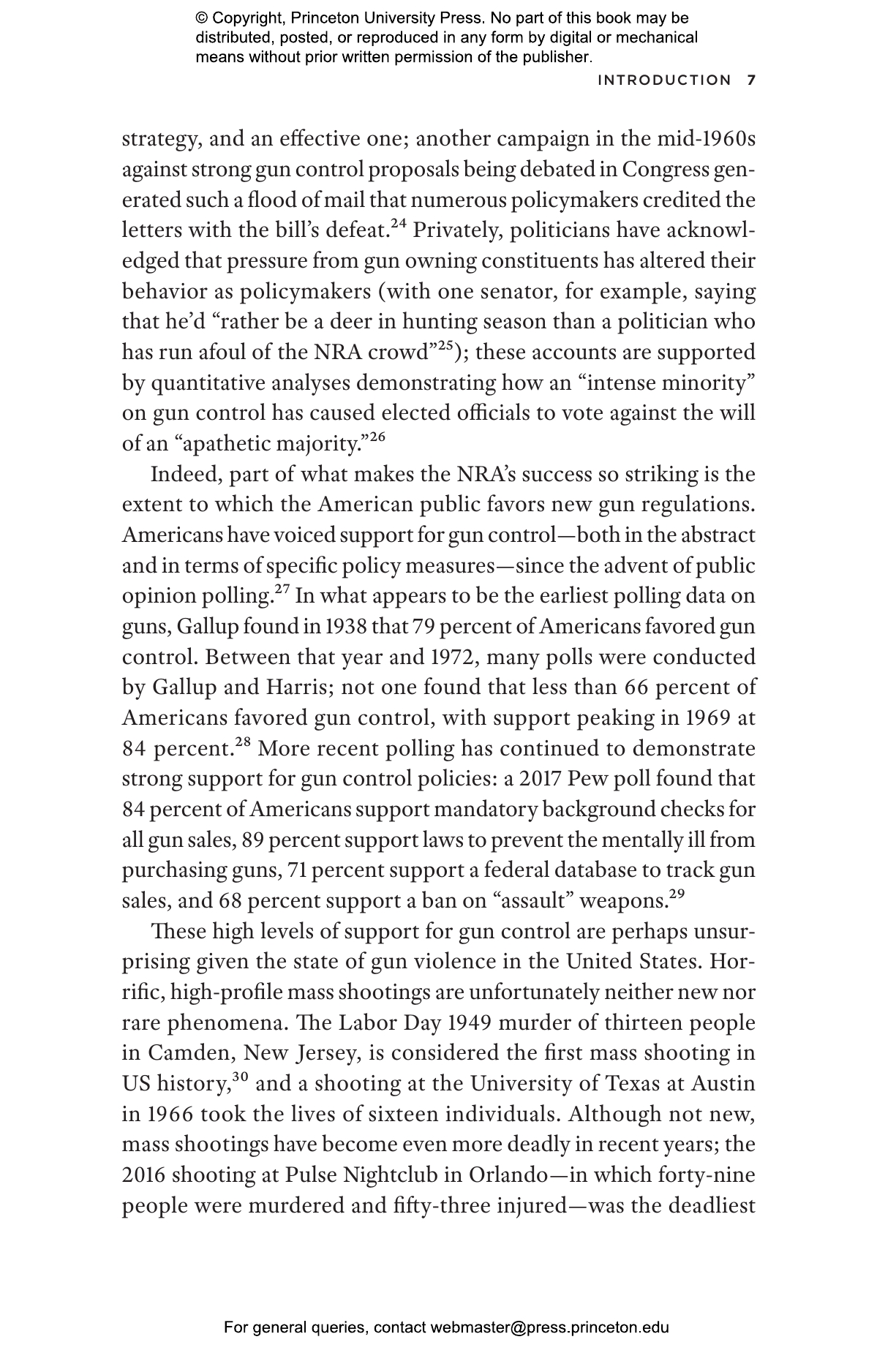 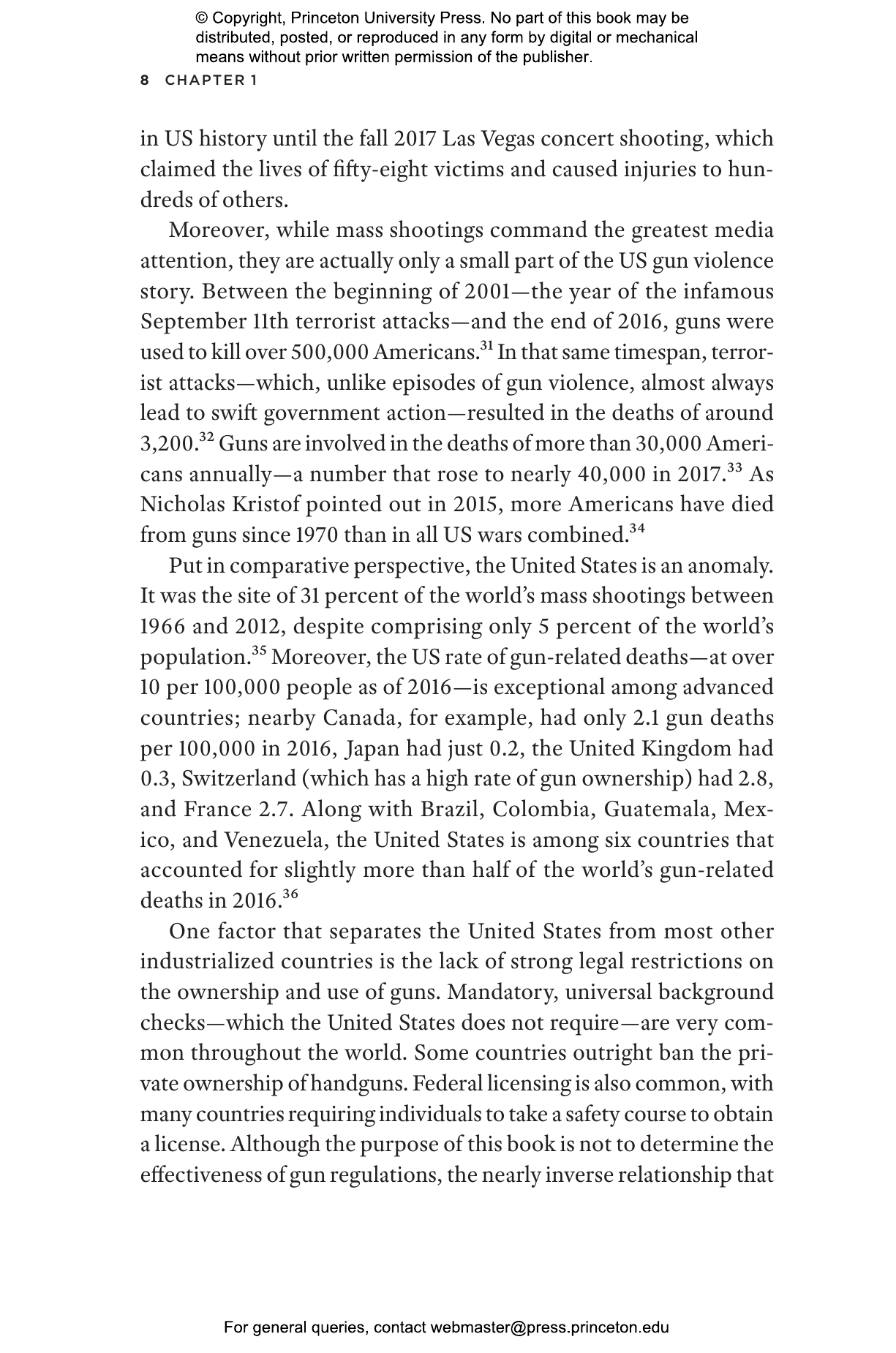 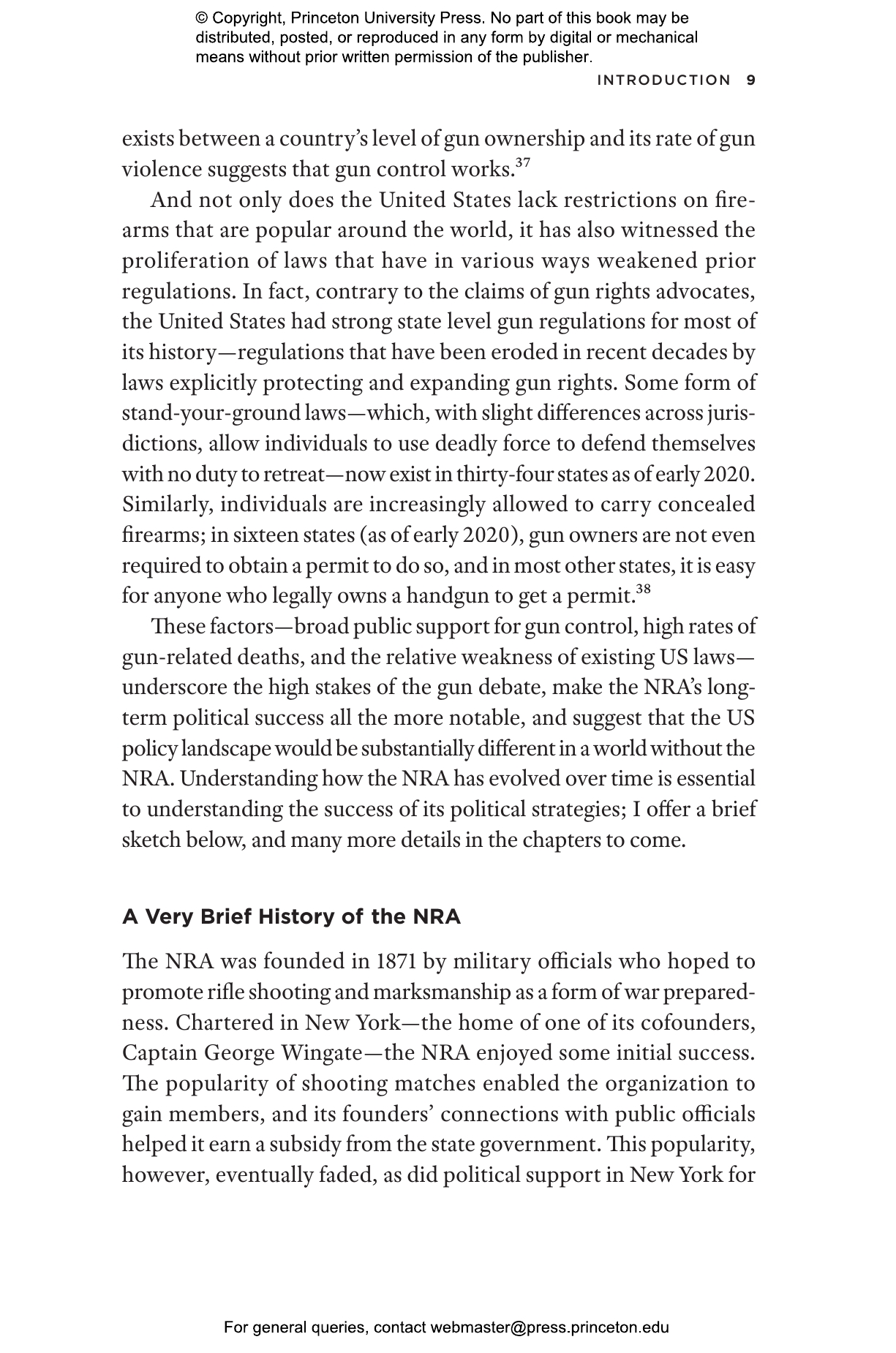 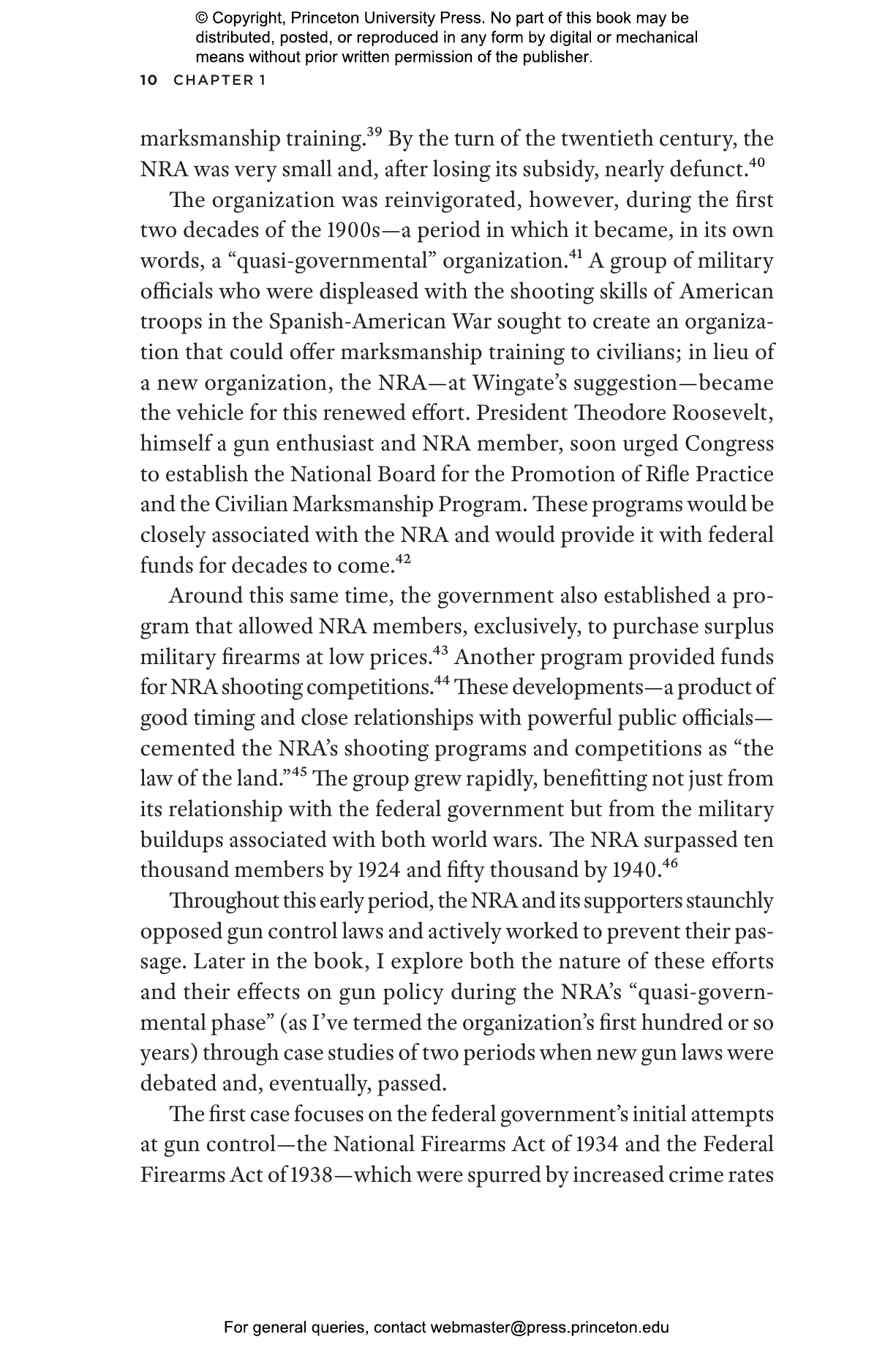 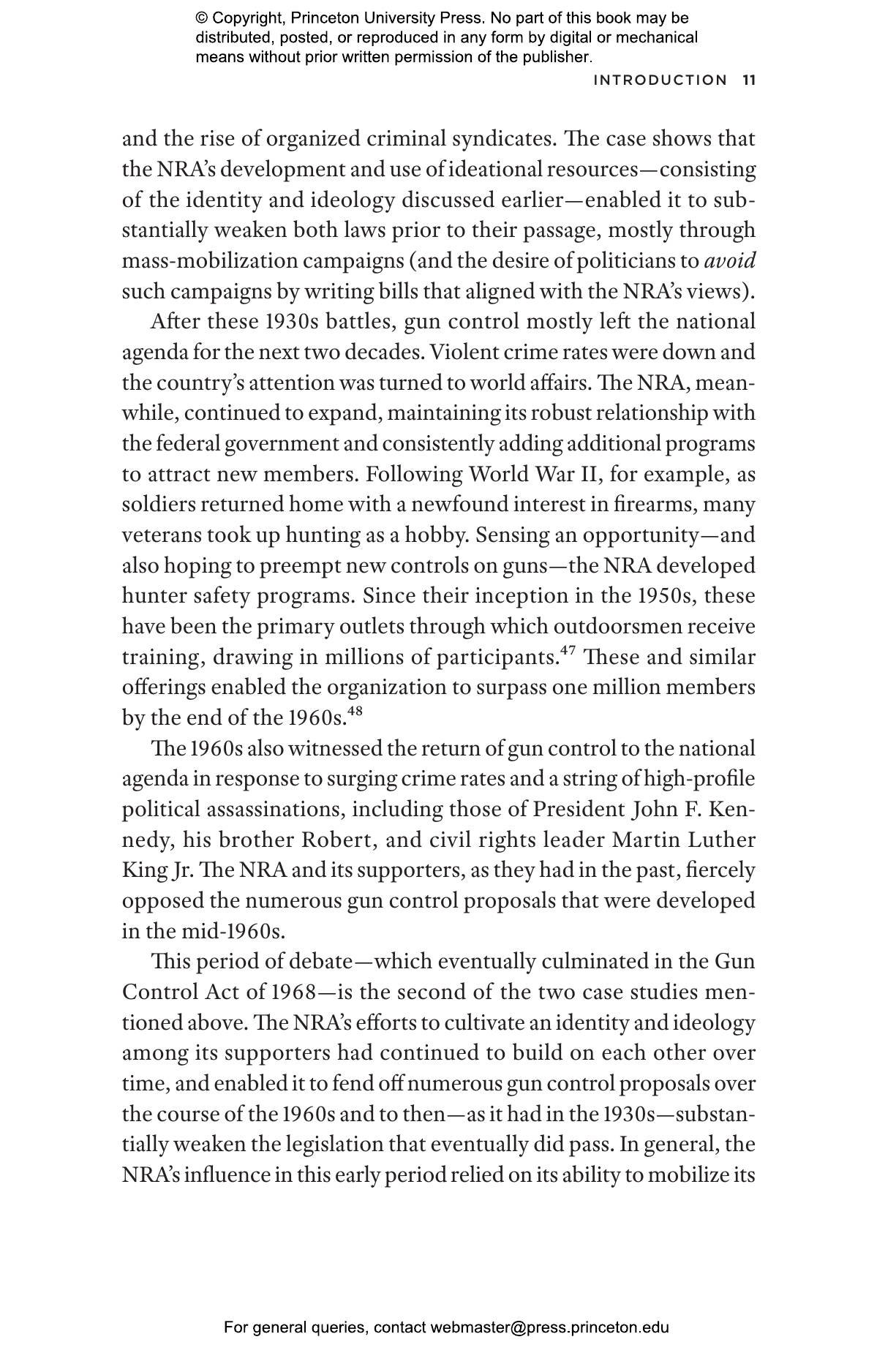 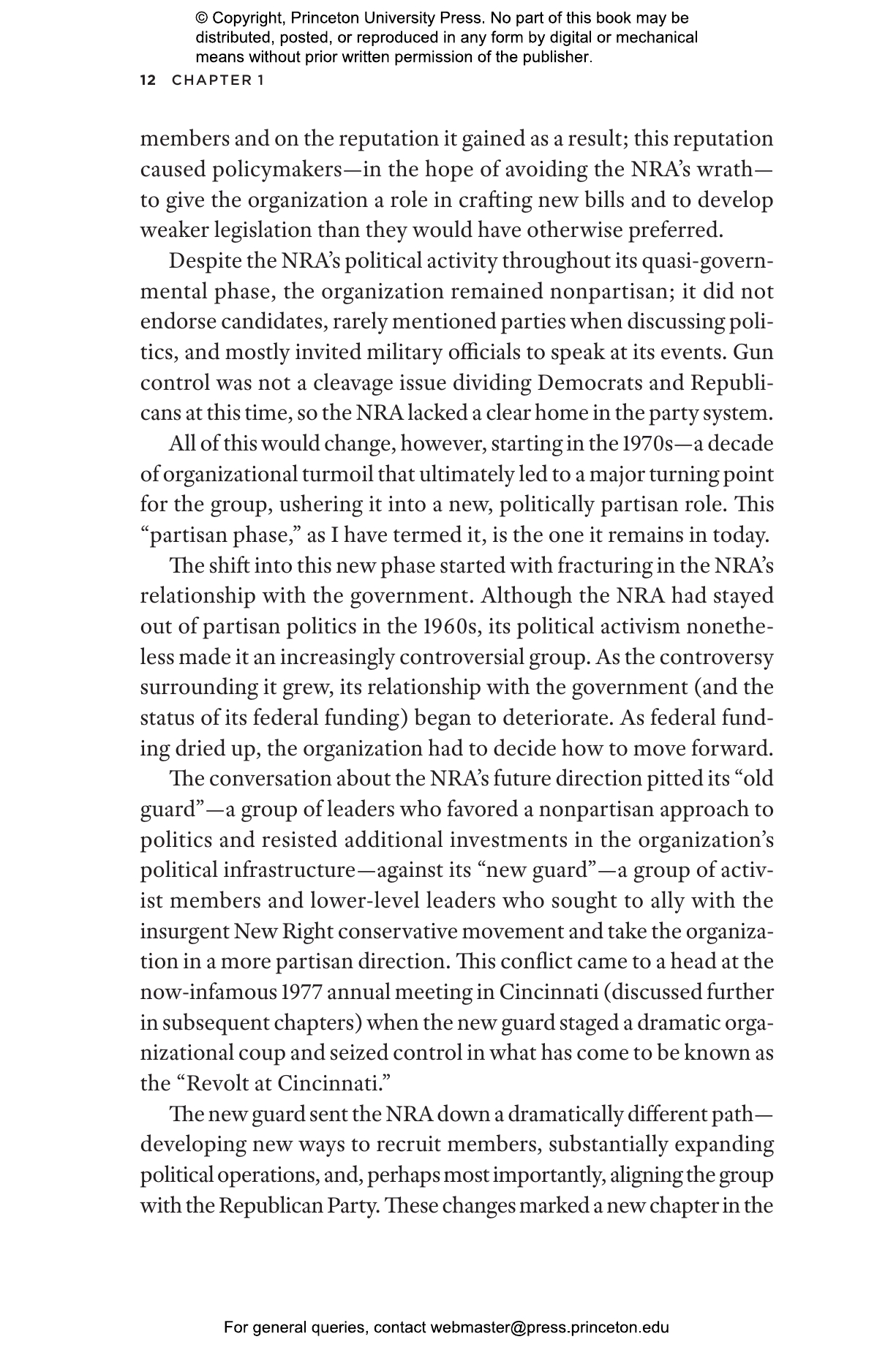 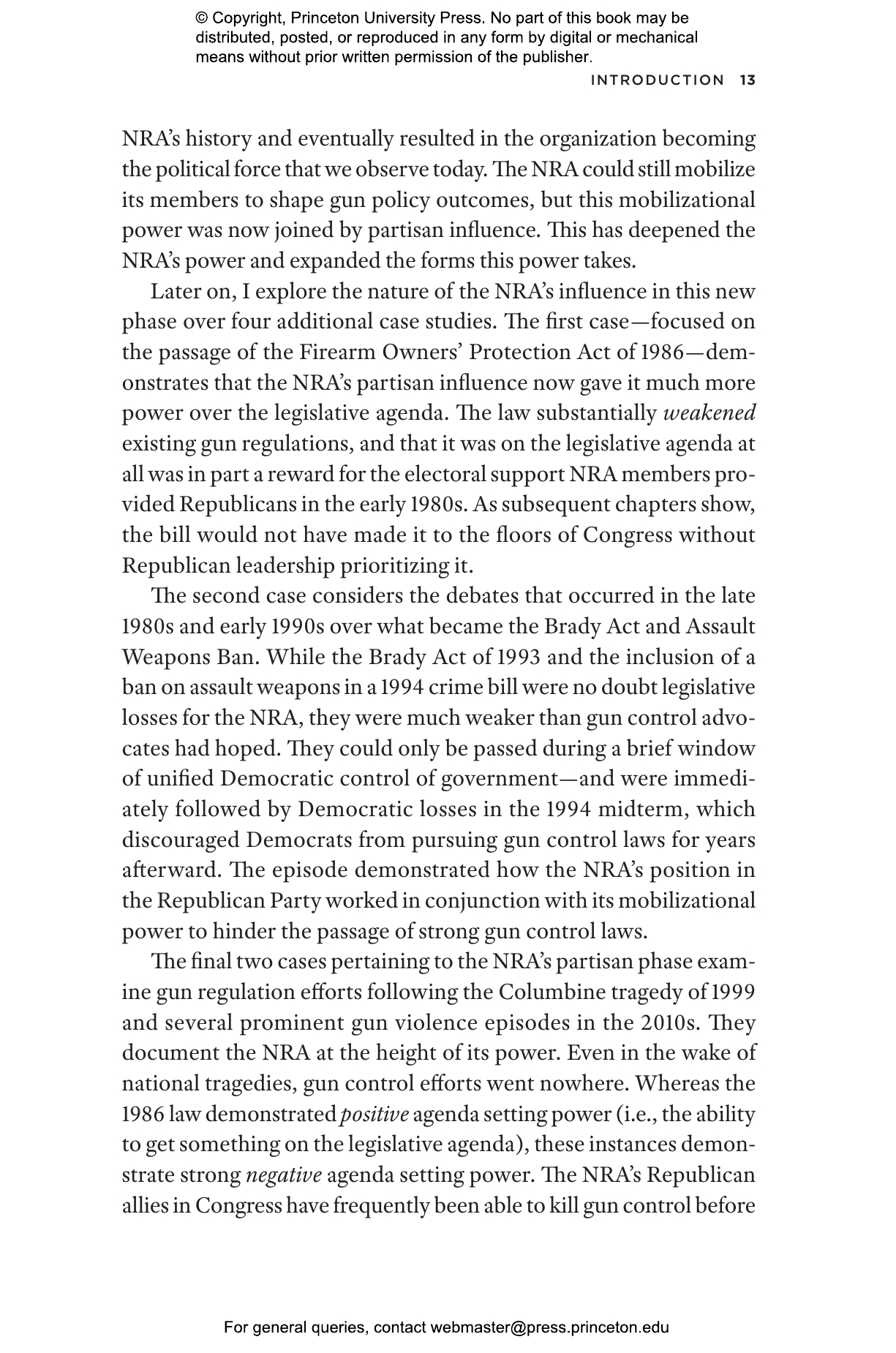 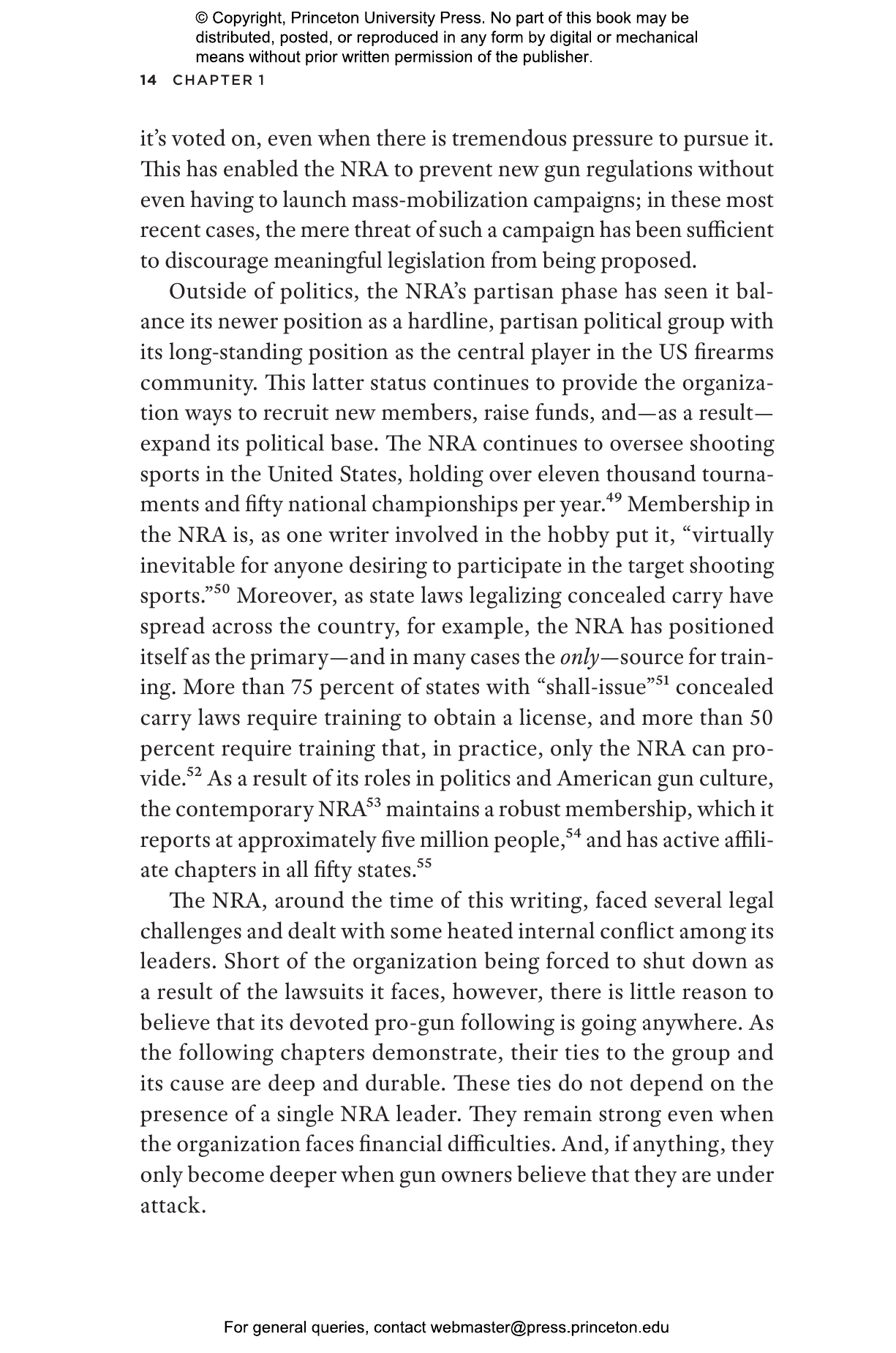 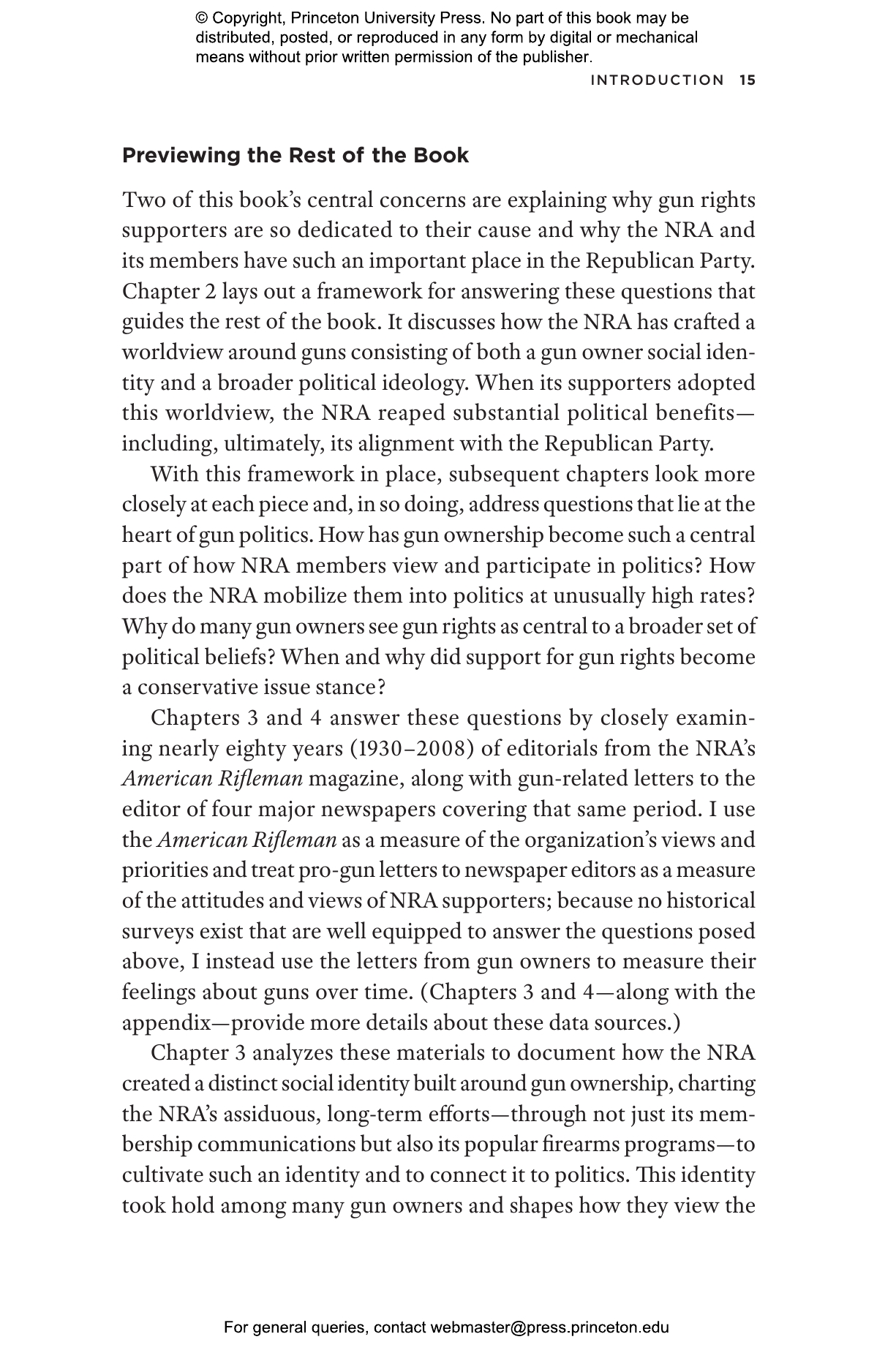 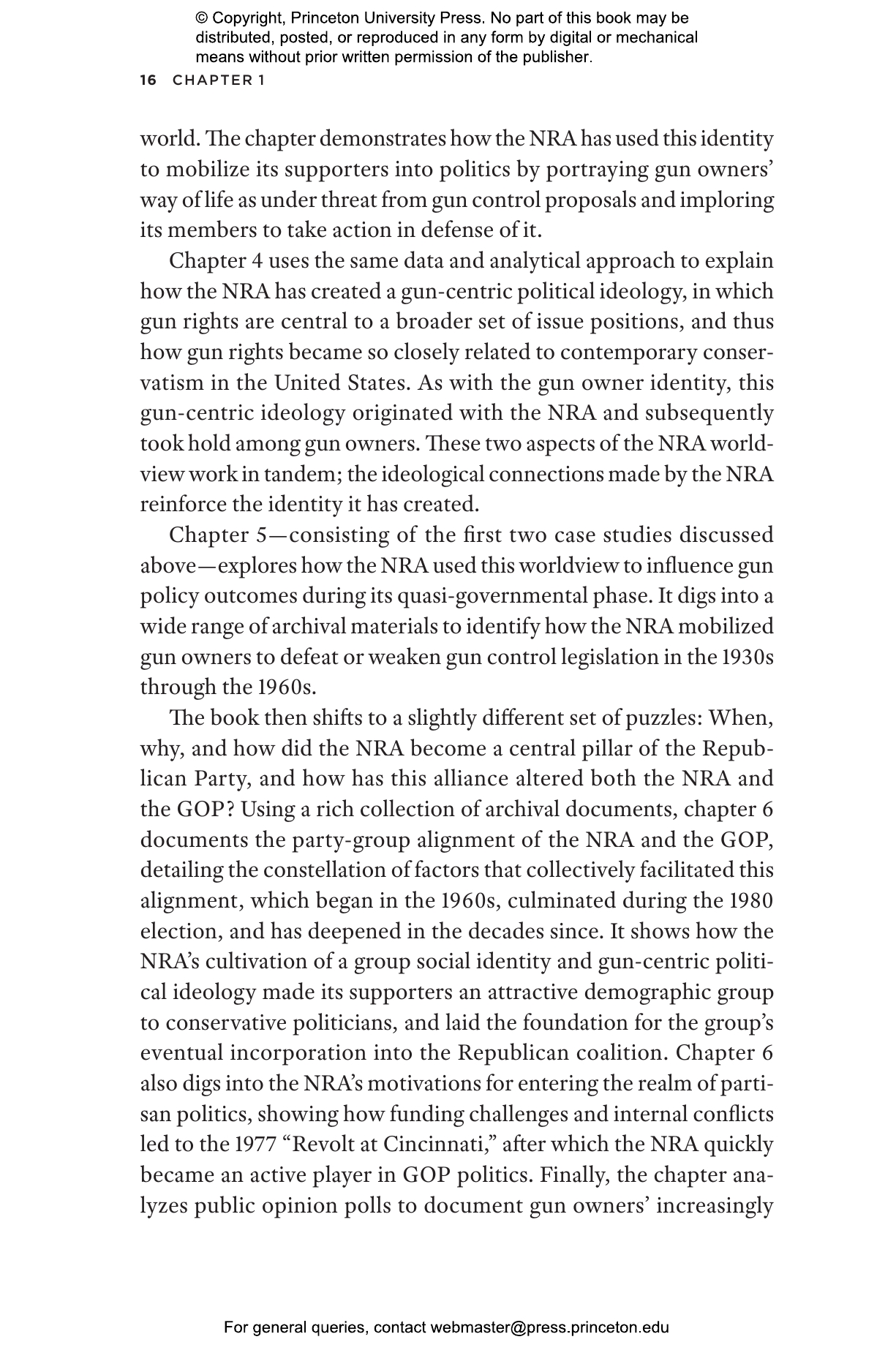 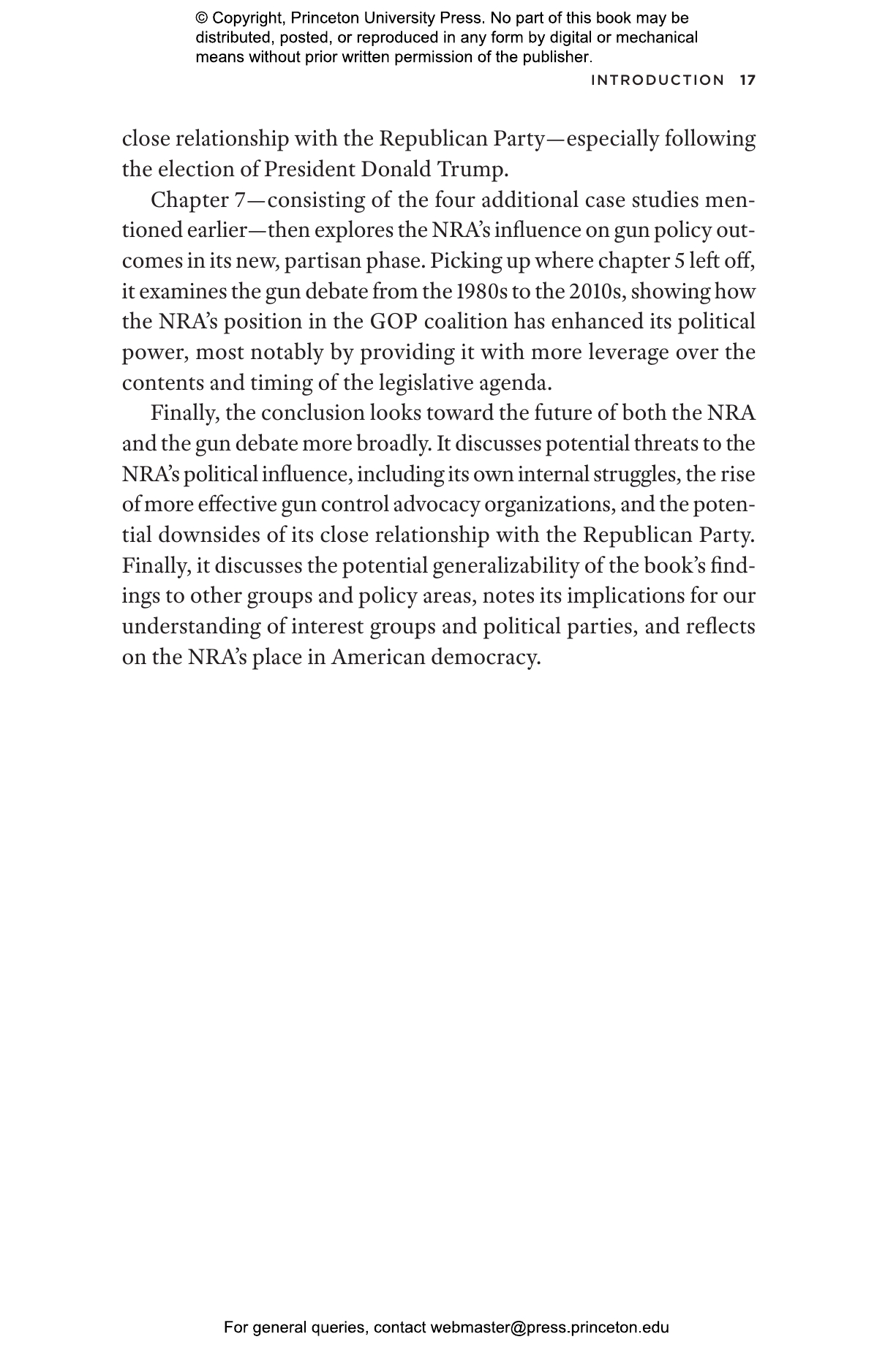 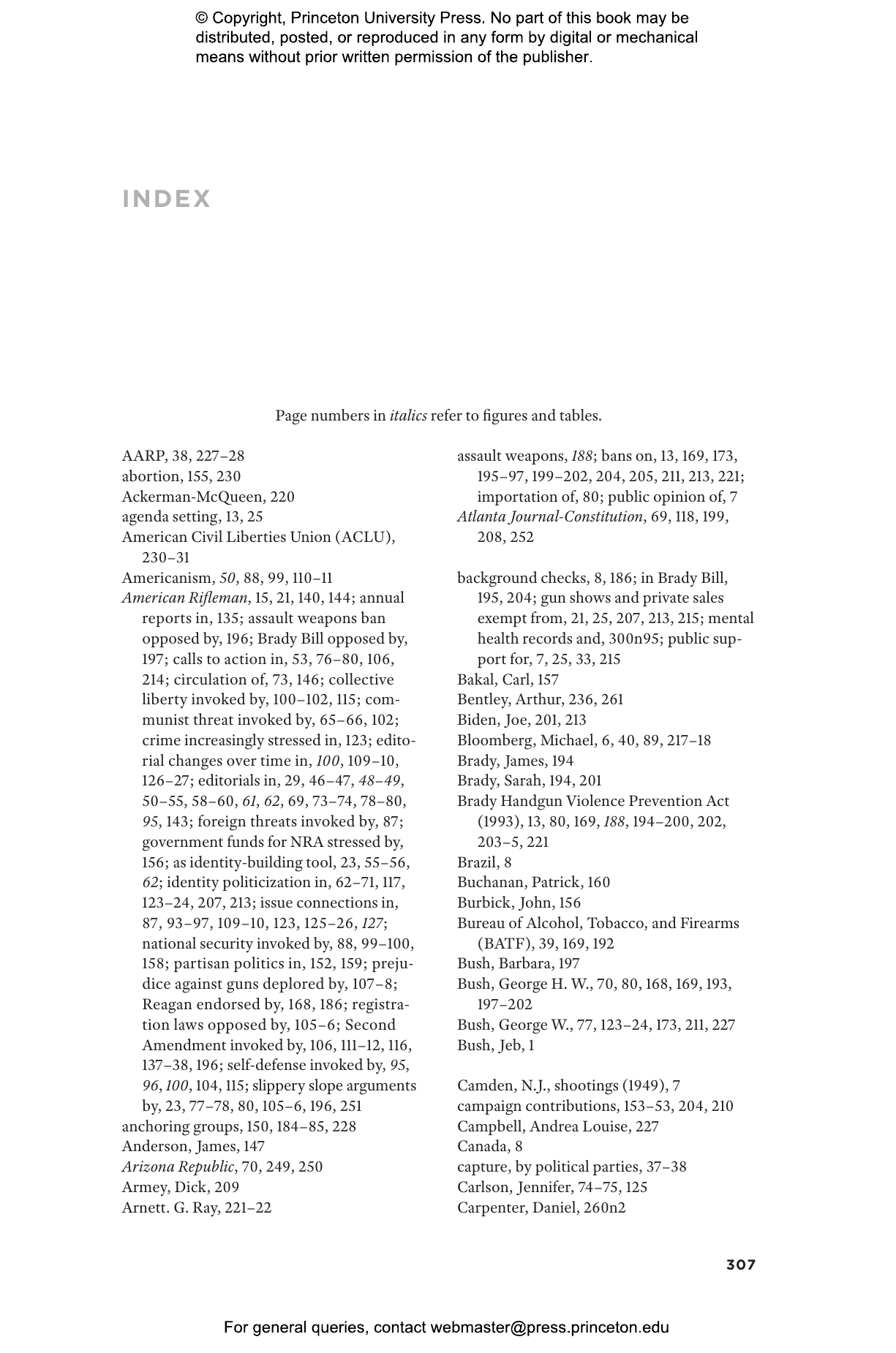 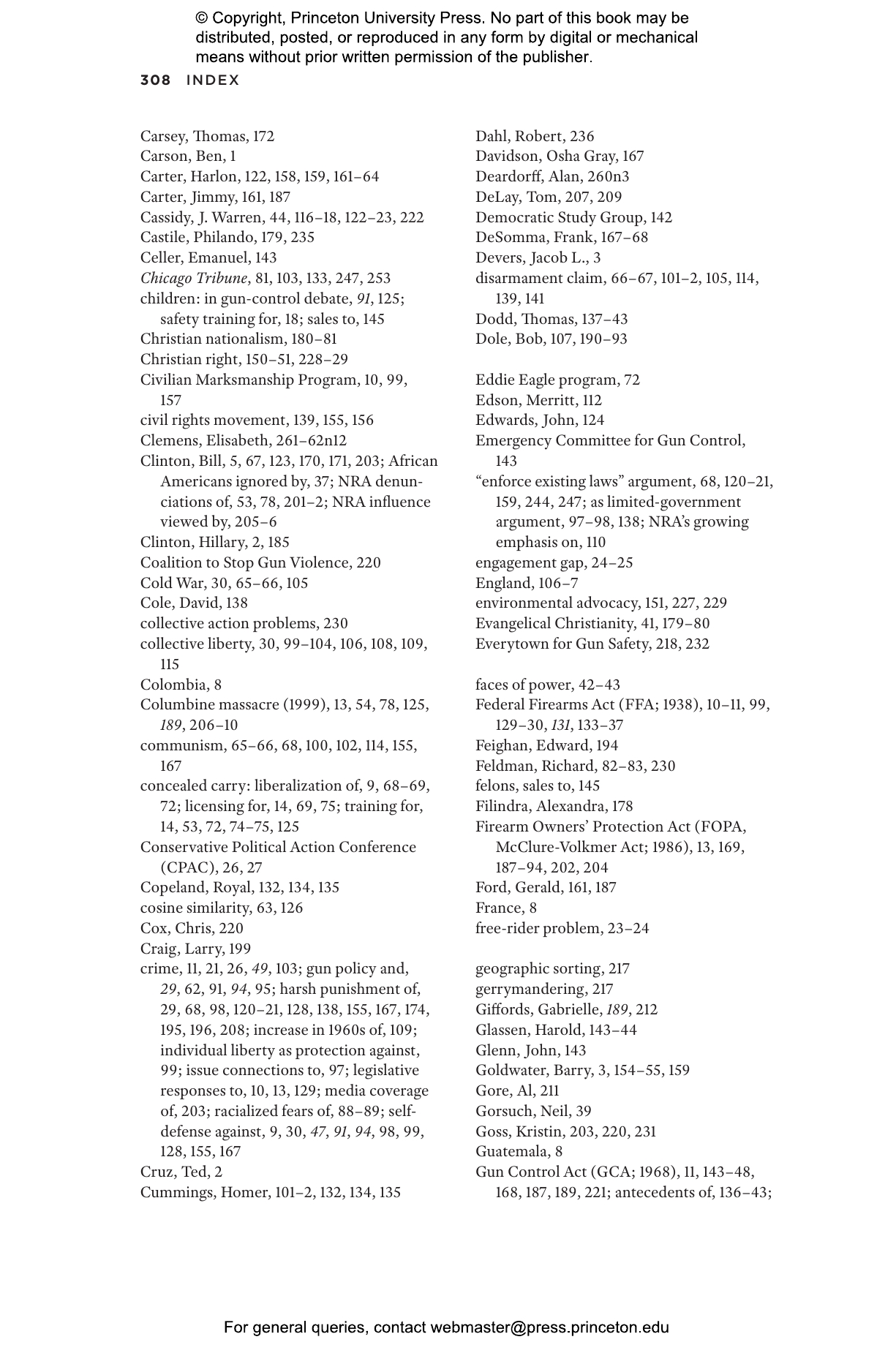 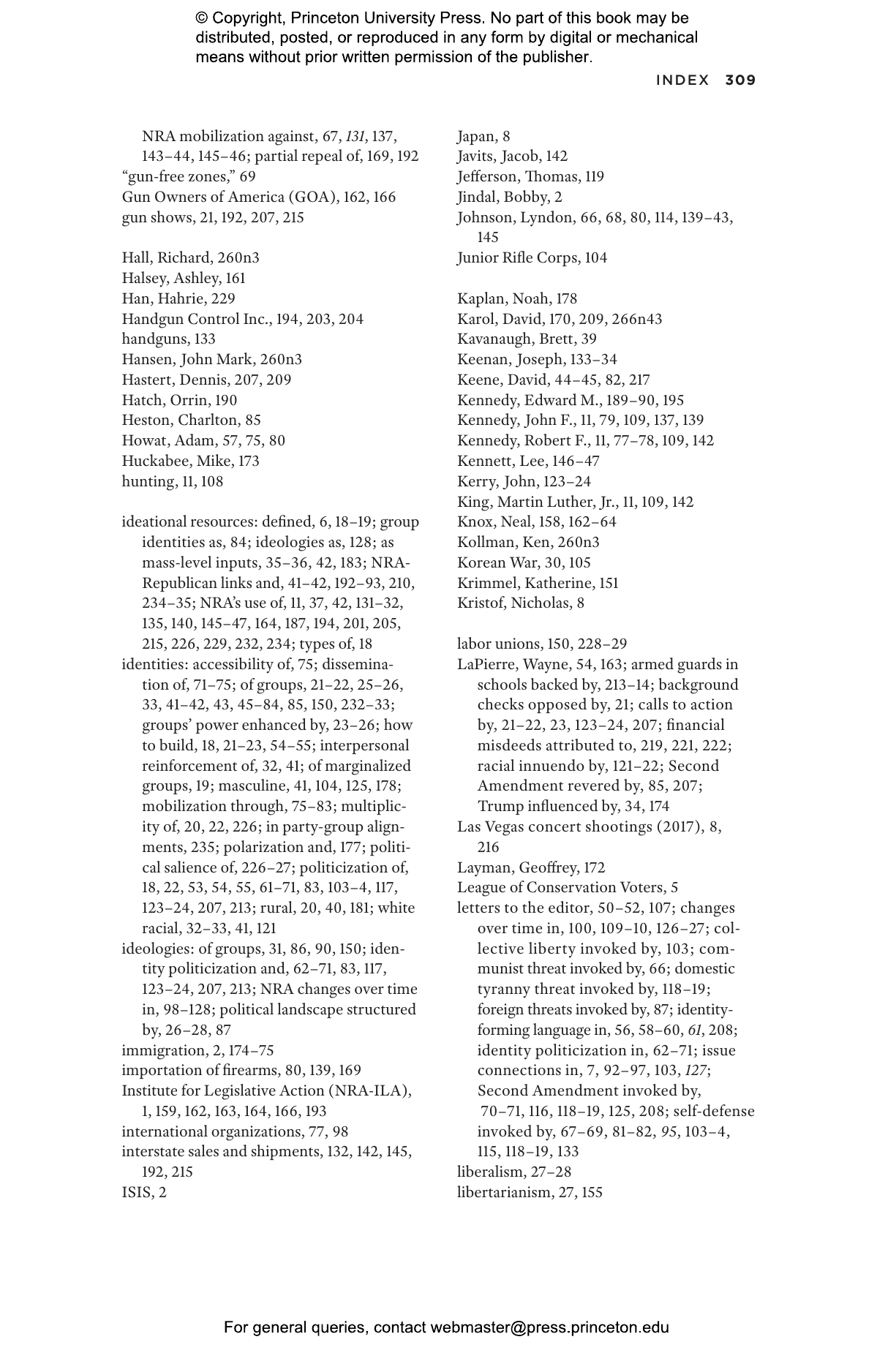 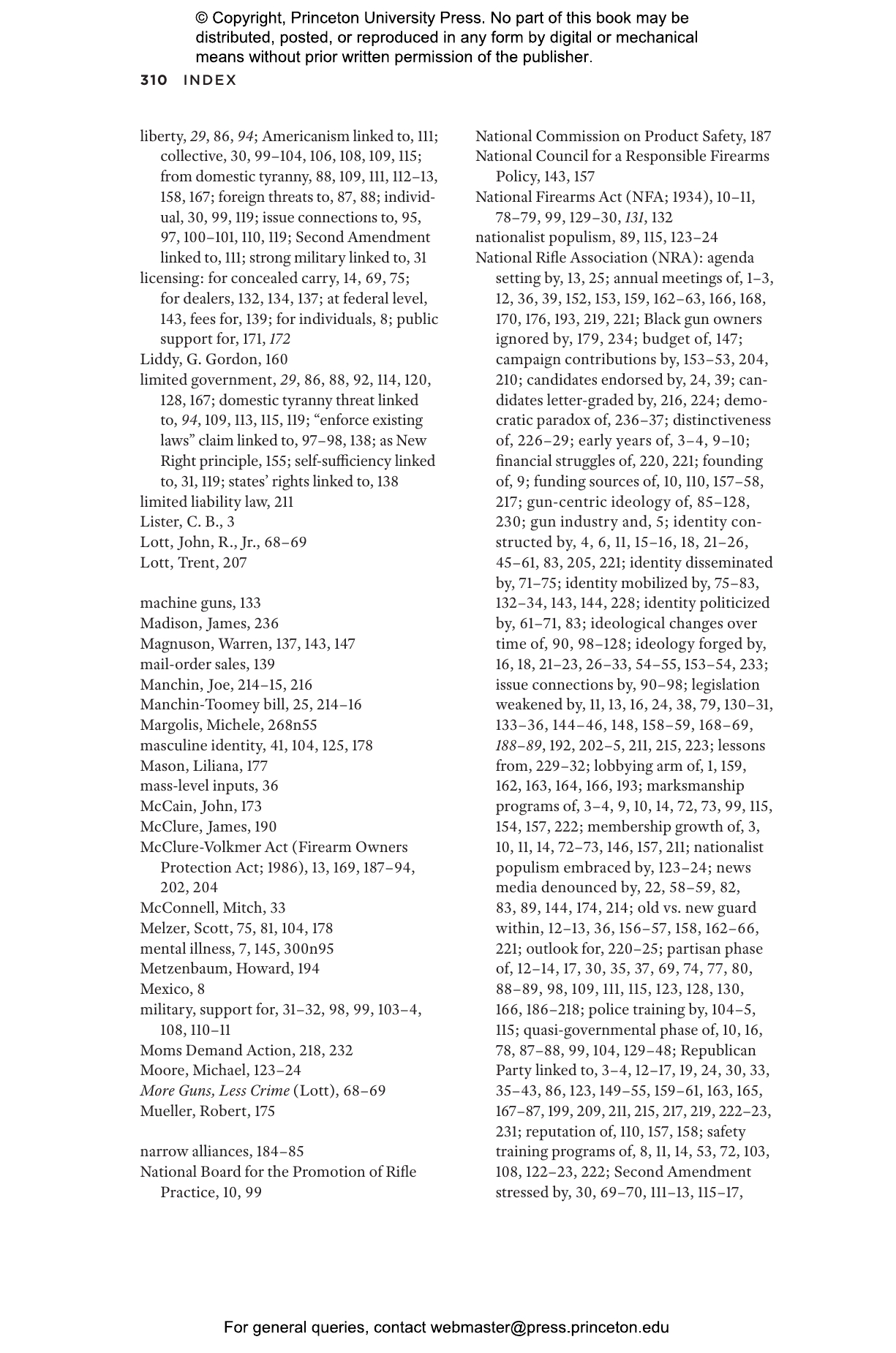 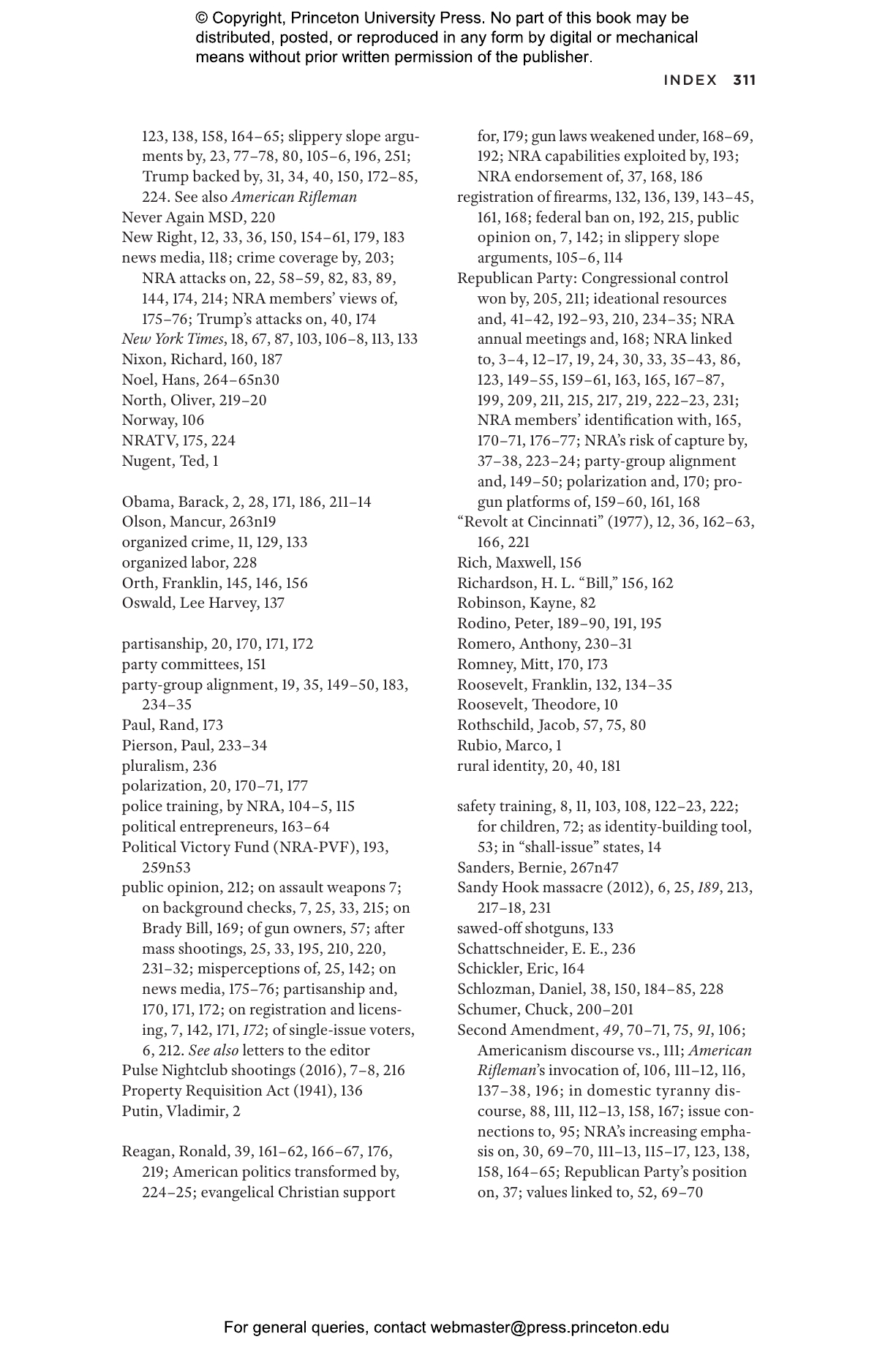 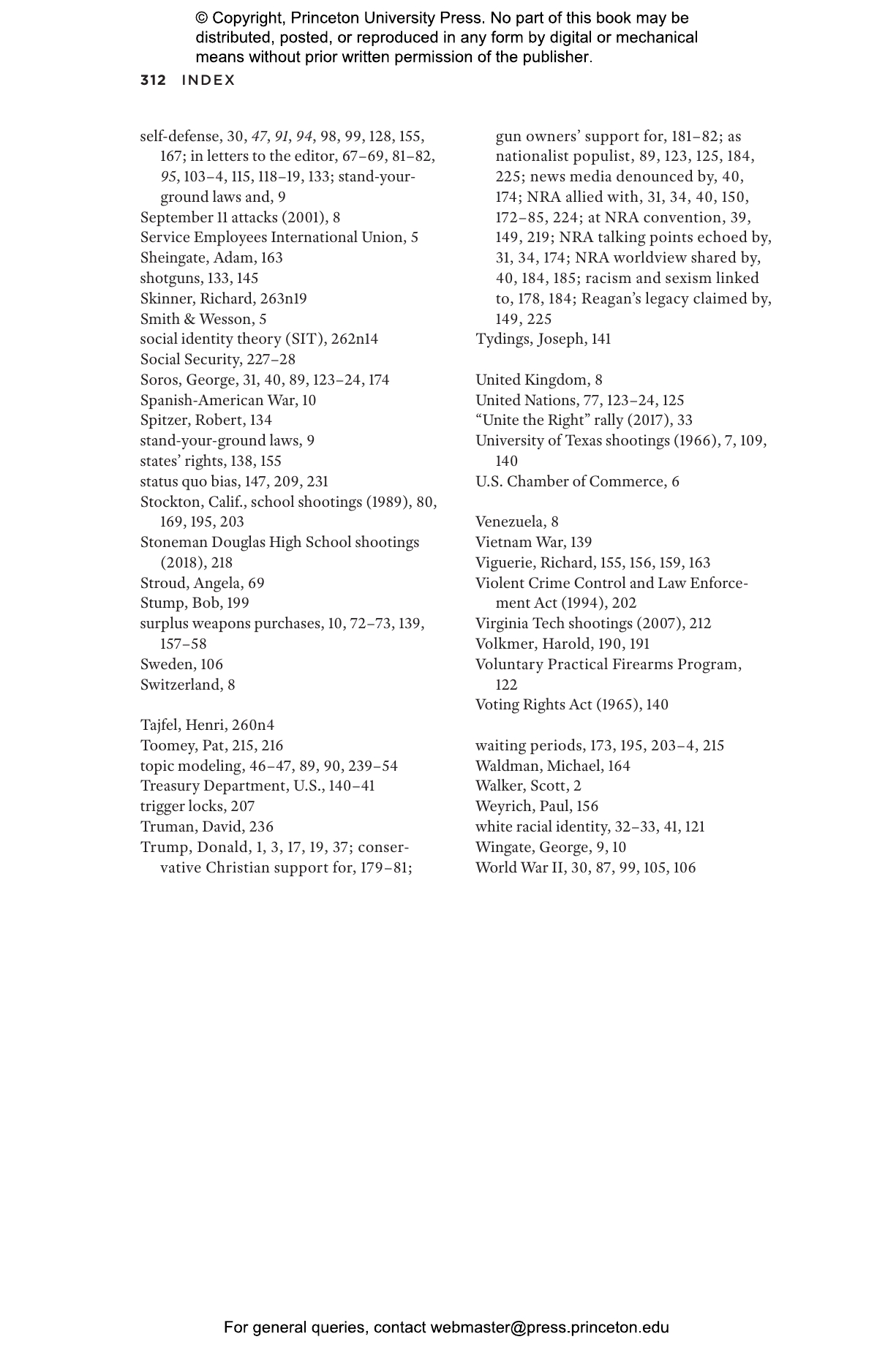 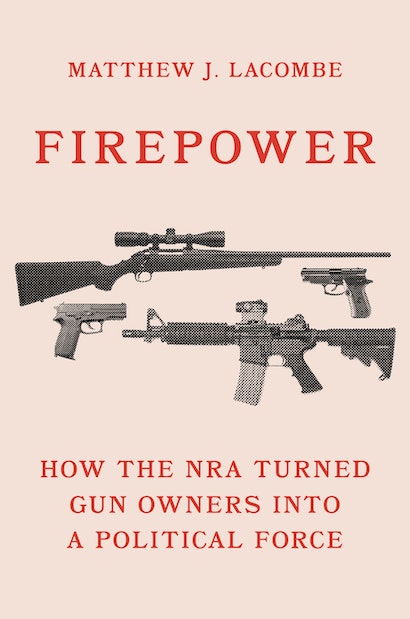 The National Rifle Association is one of the most powerful interest groups in America, and has consistently managed to defeat or weaken proposed gun regulations—even despite widespread public support for stricter laws and the prevalence of mass shootings and gun-related deaths. Firepower provides an unprecedented look at how this controversial organization built its political power and deploys it on behalf of its pro-gun agenda.

Taking readers from the 1930s to the age of Donald Trump, Matthew Lacombe traces how the NRA’s immense influence on national politics arises from its ability to shape the political outlooks and actions of its followers. He draws on nearly a century of archival records and surveys to show how the organization has fashioned a distinct worldview around gun ownership and used it to mobilize its supporters. Lacombe reveals how the NRA’s cultivation of a large, unified, and active base has enabled it to build a resilient alliance with the Republican Party, and examines why the NRA and its members formed an important constituency that helped fuel Trump’s unlikely political rise.

Firepower sheds vital new light on how the NRA has grown powerful by mobilizing average Americans, and how it uses its GOP alliance to advance its objectives and shape the national agenda.

Matthew J. Lacombe is the Alexander P. Lamis Associate Professor in American Politics at Case Western Reserve University. He is the coauthor of Billionaires and Stealth Politics. 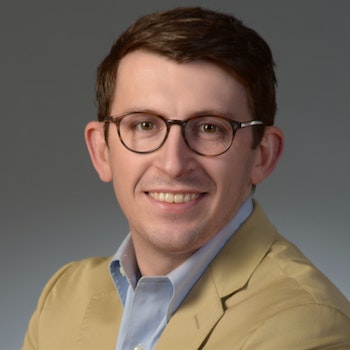 "Firepower is the best scholarly analysis of the National Rifle Association (NRA) yet published …. [Lacombe] effectively argues that the NRA has long been political, but that the form of its politics changed from its "quasi-governmental phase" (pre-1970s) to its "partisan phase" (1970s onward) …. Anyone interested in the NRA and gun politics today should read this book."—Choice

"Lacombe’s book is a worthy read because it provides a new lens through which to view the NRA and the development of the gun rights movement more broadly. Its reorientation of the discussion from material and partisan to psychological processes makes Firepower an important addition to any syllabus on gun politics and interest group politics."—Alexandra Filindra, Perspectives on Politics

"Timely and persuasive. Firepower is the book that everyone who studies gun politics has been waiting for."—Kristin A. Goss, coauthor of The Gun Debate: What Everyone Needs to Know

"This is an insightful book. Lacombe tells a great story and backs it up with important new data and analysis."—Matt Grossmann, coauthor of Asymmetric Politics: Ideological Republicans and Group Interest Democrats

"Firepower is a must-read for anyone who wants to understand the political power of the NRA. Combining trenchant analysis with careful empirics, Lacombe shows that the strategies the NRA used to build its constituency base had far-reaching ramifications for the power it exerted in the political arena. This book demystifies how some organizations turn people into political power."—Hahrie Han, inaugural director, SNF Agora Institute, and professor of political science, Johns Hopkins University

"Lacombe has written a groundbreaking book that explains the overwhelming political power of the NRA to prevent gun-control policies from being enacted despite widespread public support for them, tackling a central puzzle of American policymaking. Firepower lays the groundwork for a novel research agenda that will inspire future scholars interested in political influence and identity building."—Lilliana H. Mason, University of Maryland