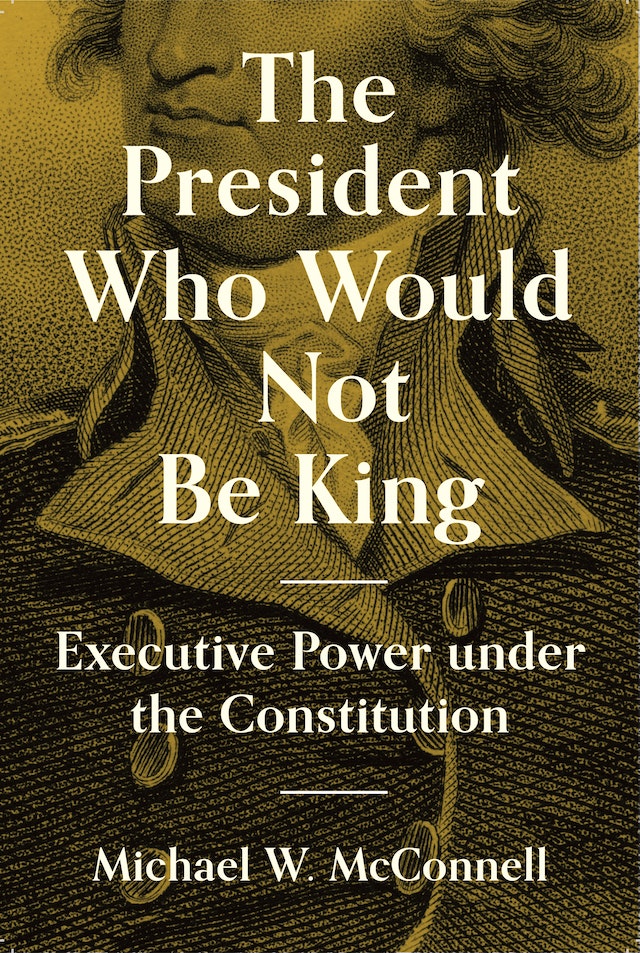 One of the most vexing questions for the framers of the Constitution was how to create a vigorous and independent executive without making him king. In today’s divided public square, presidential power has never been more contested. The President Who Would Not Be King cuts through the partisan rancor to reveal what the Constitution really tells us about the powers of the president.

Michael McConnell provides a comprehensive account of the drafting of presidential powers. Because the framers met behind closed doors and left no records of their deliberations, close attention must be given to their successive drafts. McConnell shows how the framers worked from a mental list of the powers of the British monarch, and consciously decided which powers to strip from the presidency to avoid tyranny. He examines each of these powers in turn, explaining how they were understood at the time of the founding, and goes on to provide a framework for evaluating separation of powers claims, distinguishing between powers that are subject to congressional control and those in which the president has full discretion.

Based on the Tanner Lectures at Princeton University, The President Who Would Not Be King restores the original vision of the framers, showing how the Constitution restrains the excesses of an imperial presidency while empowering the executive to govern effectively.

Michael W. McConnell is the Richard and Frances Mallery Professor and director of the Constitutional Law Center at Stanford Law School and a senior fellow at the Hoover Institution. His books include Scalia's Constitution: Essays on Law and Education and Religion and the Constitution.

"A magnificent, enduring accomplishment. This is the very best account of the founders' understanding of the presidency—their aspirations, their fears, their achievement."—Cass R. Sunstein, Harvard University and author of On Freedom

"McConnell's fascinating and exhaustive account sees the framers as centrally concerned with domesticating prerogative powers so as to produce a presidency fit for a republic. One doesn’t have to agree with his conclusions to find this book an extremely valuable resource, and it will undoubtedly play a starring role in ongoing constitutional debates over presidential authority."—Gillian Metzger, Columbia Law School

"McConnell makes a spectacular contribution to our understanding of both the presidency and the separation of powers. All future scholarship on the meaning of Article II will start with this book."—Steven G. Calabresi, cofounder of the Federalist Society

“The President Who Would Not Be King is an essential work by one of the nation’s leading legal scholars. This important and provocative book offers an innovative account of the presidency’s origins that also dispels numerous longstanding myths. It made me think more deeply and in new ways.”—Martin S. Flaherty, author of Restoring the Global Judiciary: Why the Supreme Court Should Rule in U.S. Foreign Affairs

"McConnell develops his narrative clearly, patiently, and evenhandedly, and his analysis is rich and strikingly original. I have no doubt that this masterful and deeply illuminating book will become a standard reference on presidential powers and will help set the scholarly agenda in this area for many years to come."—John Mikhail, Georgetown University