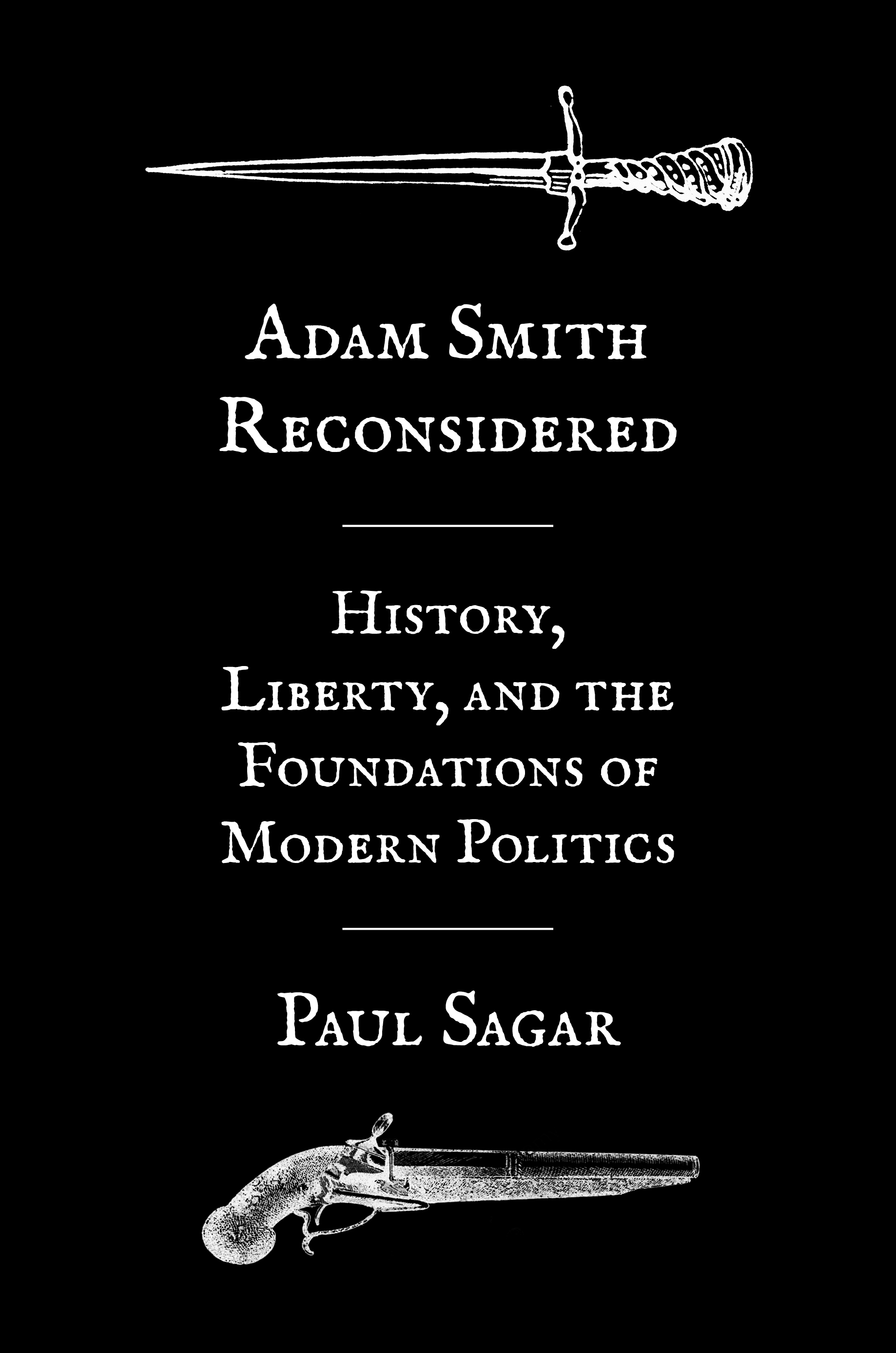 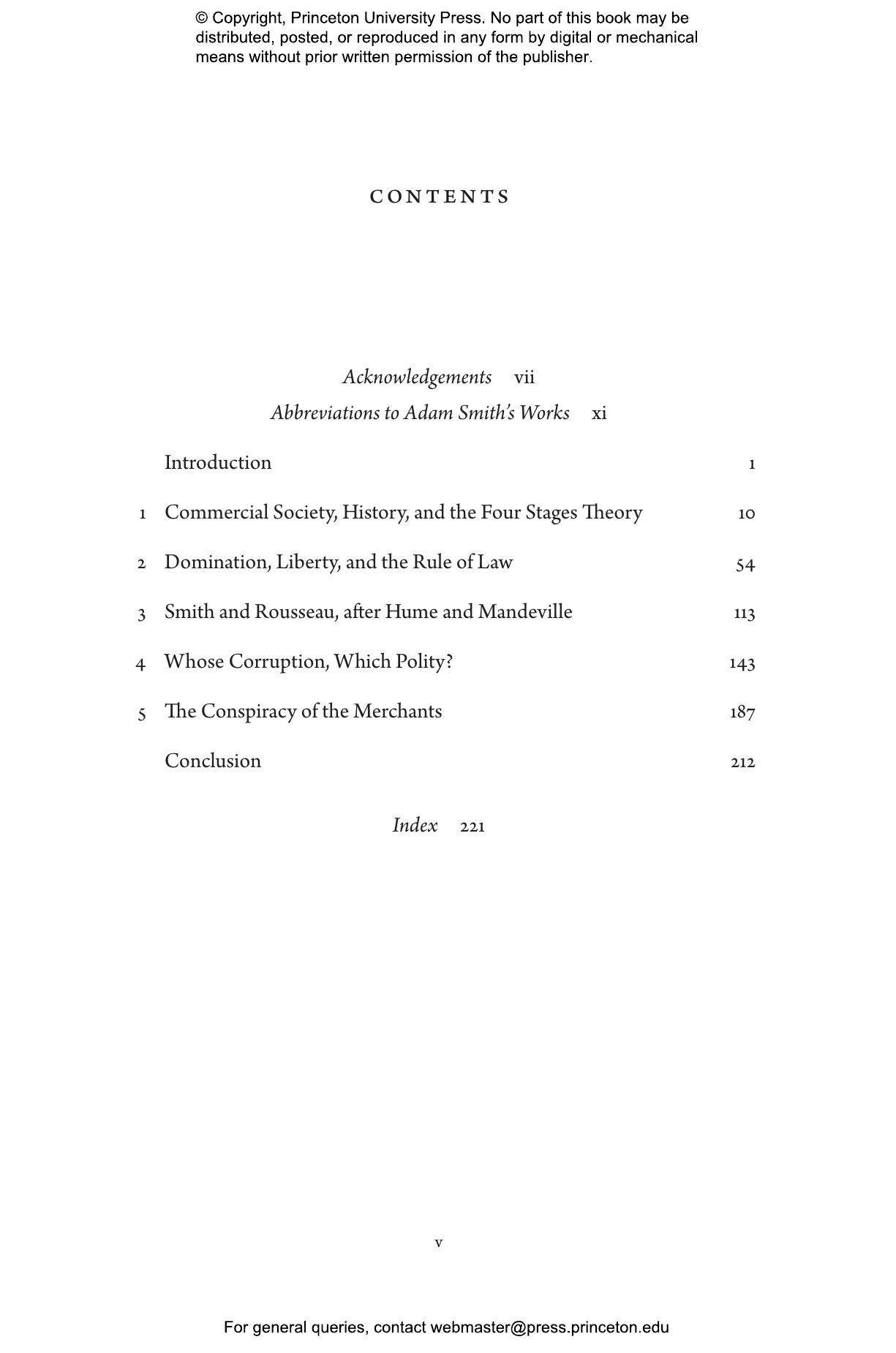 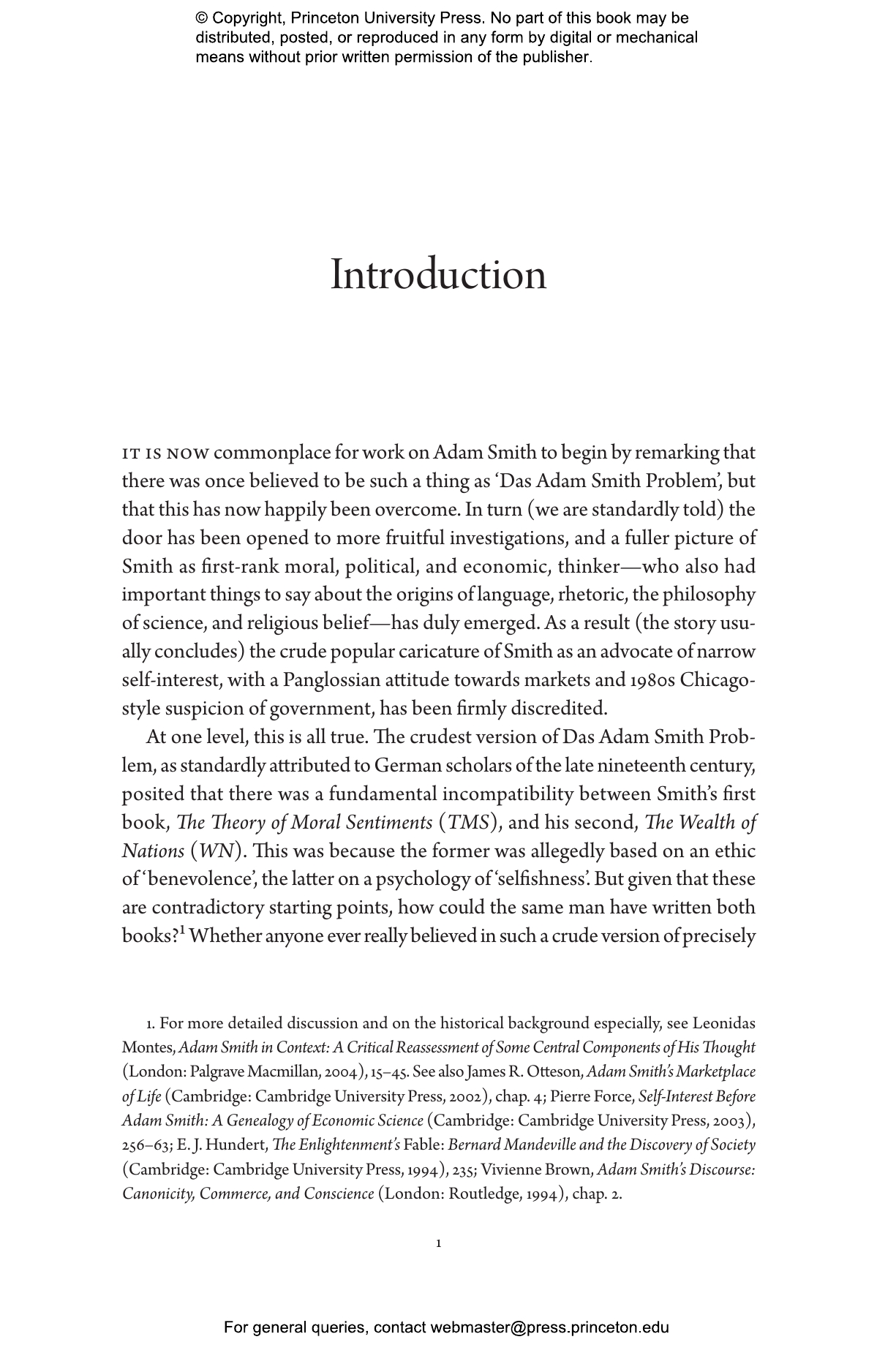 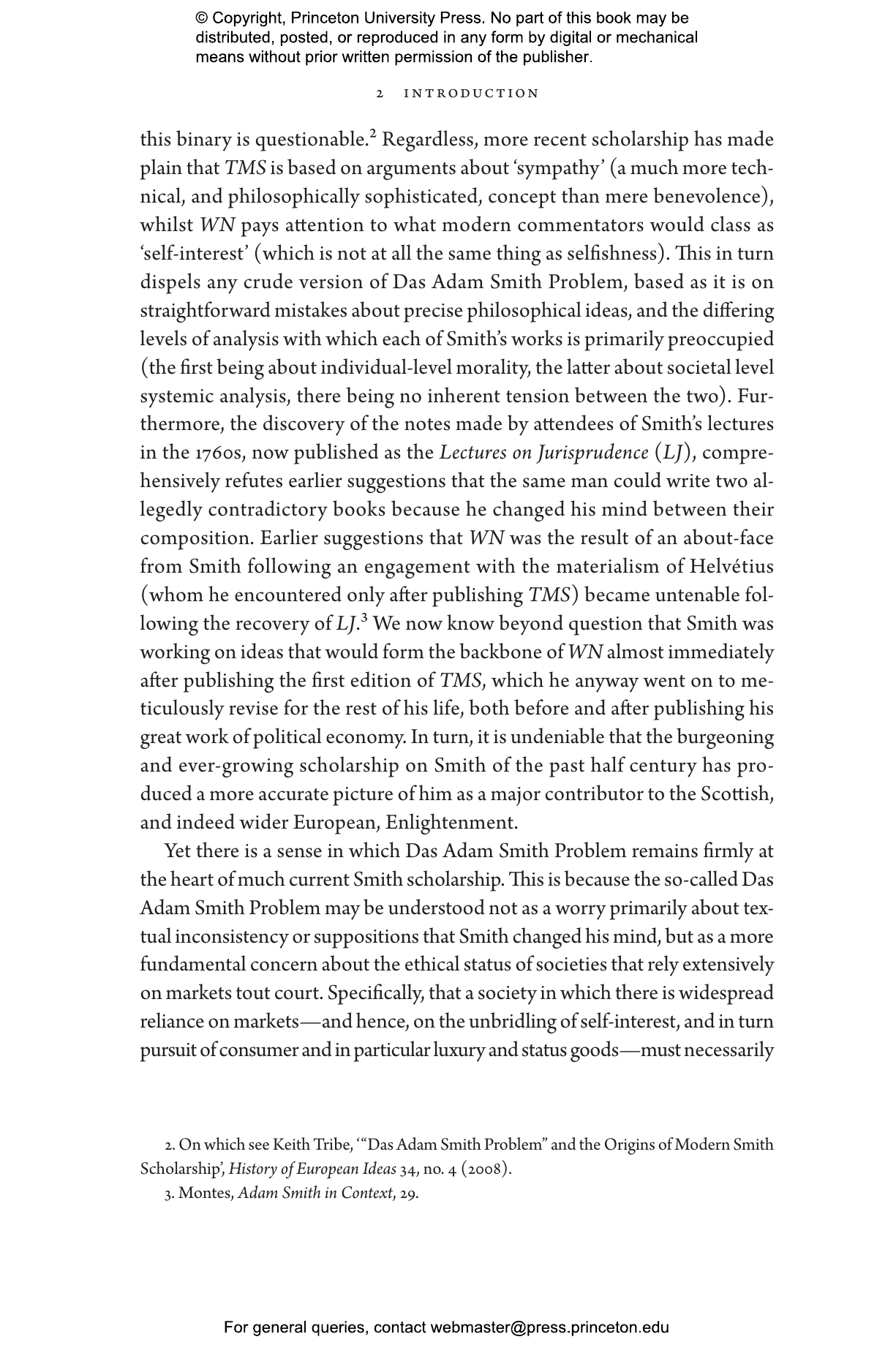 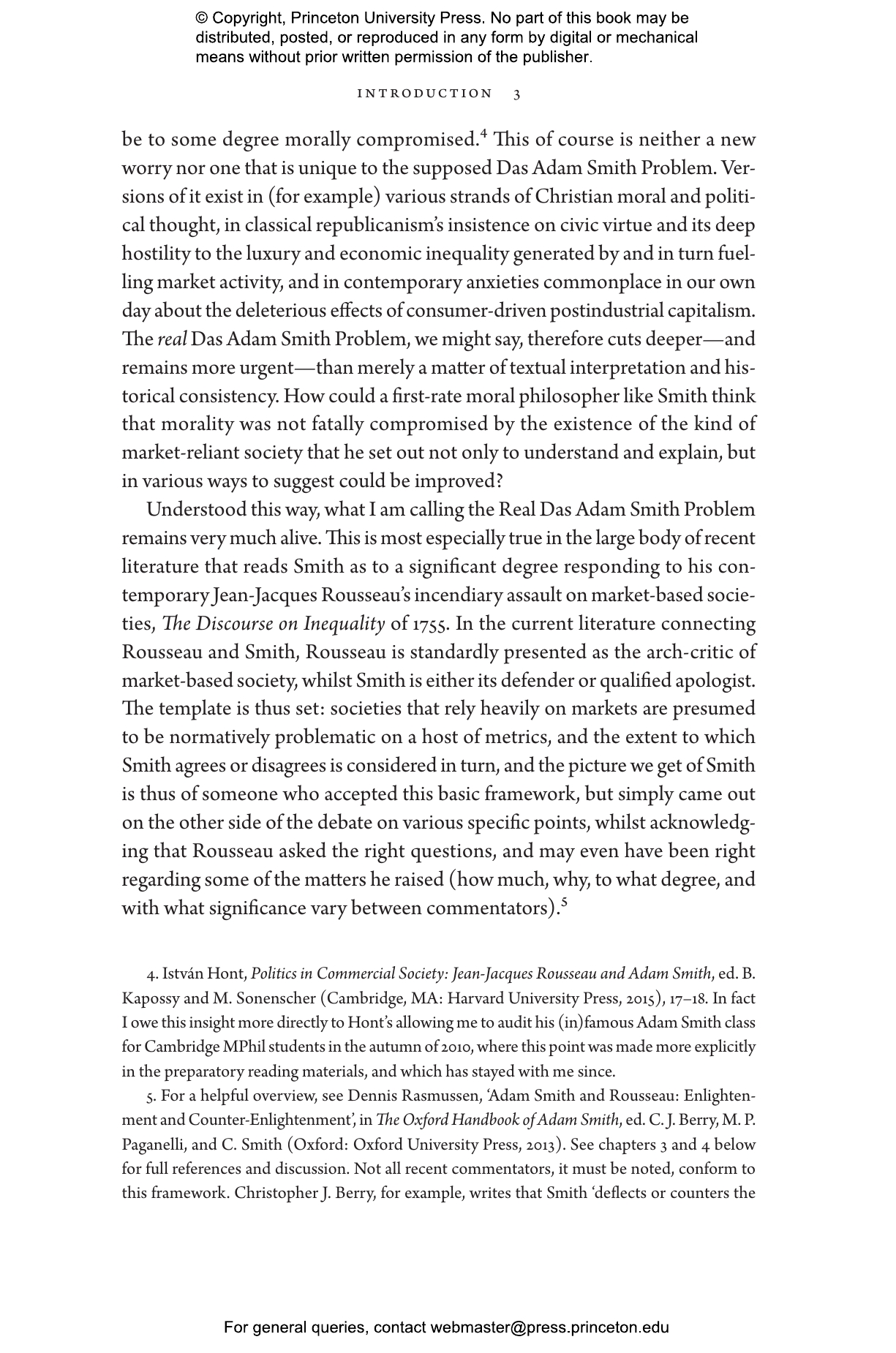 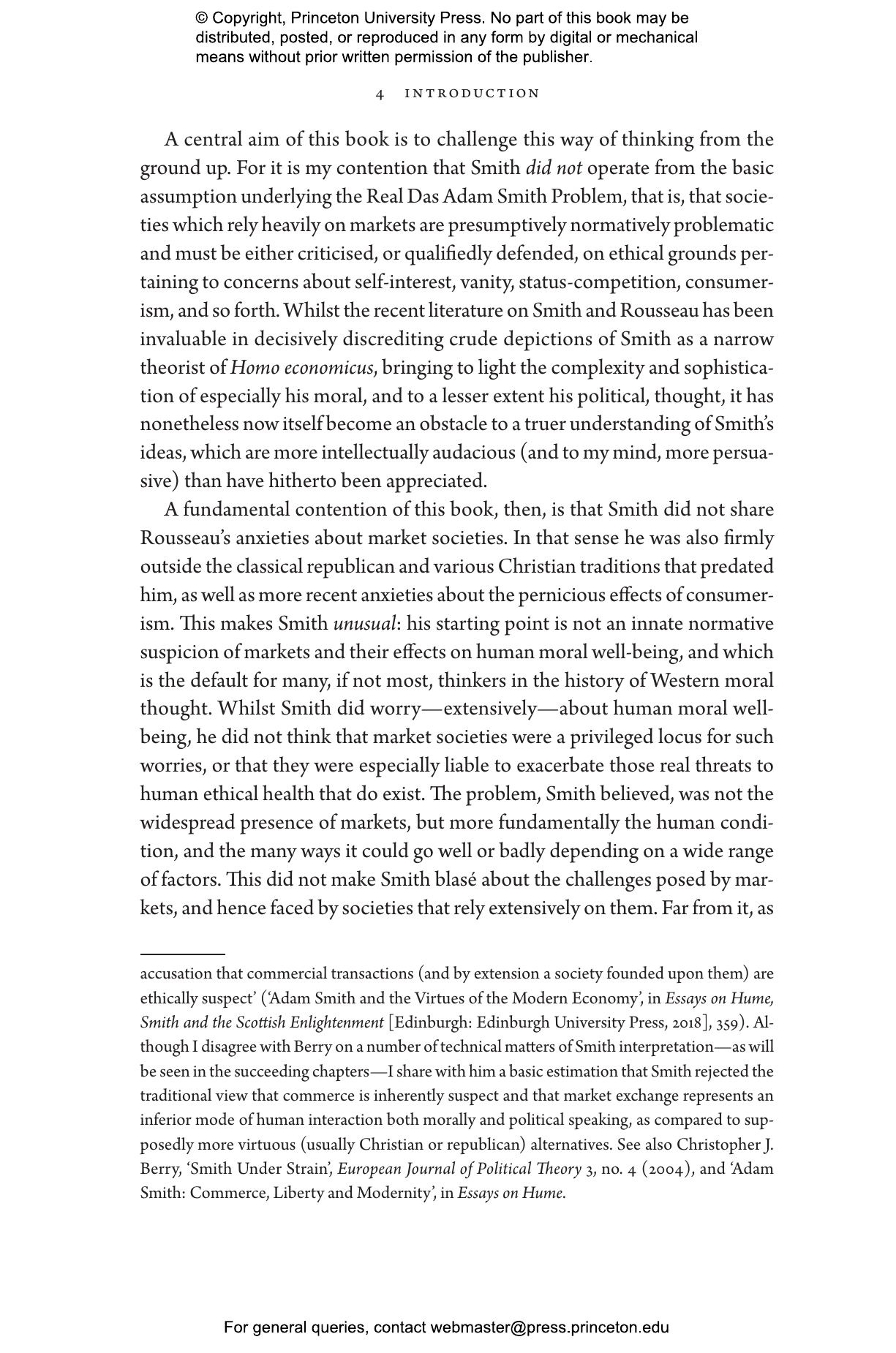 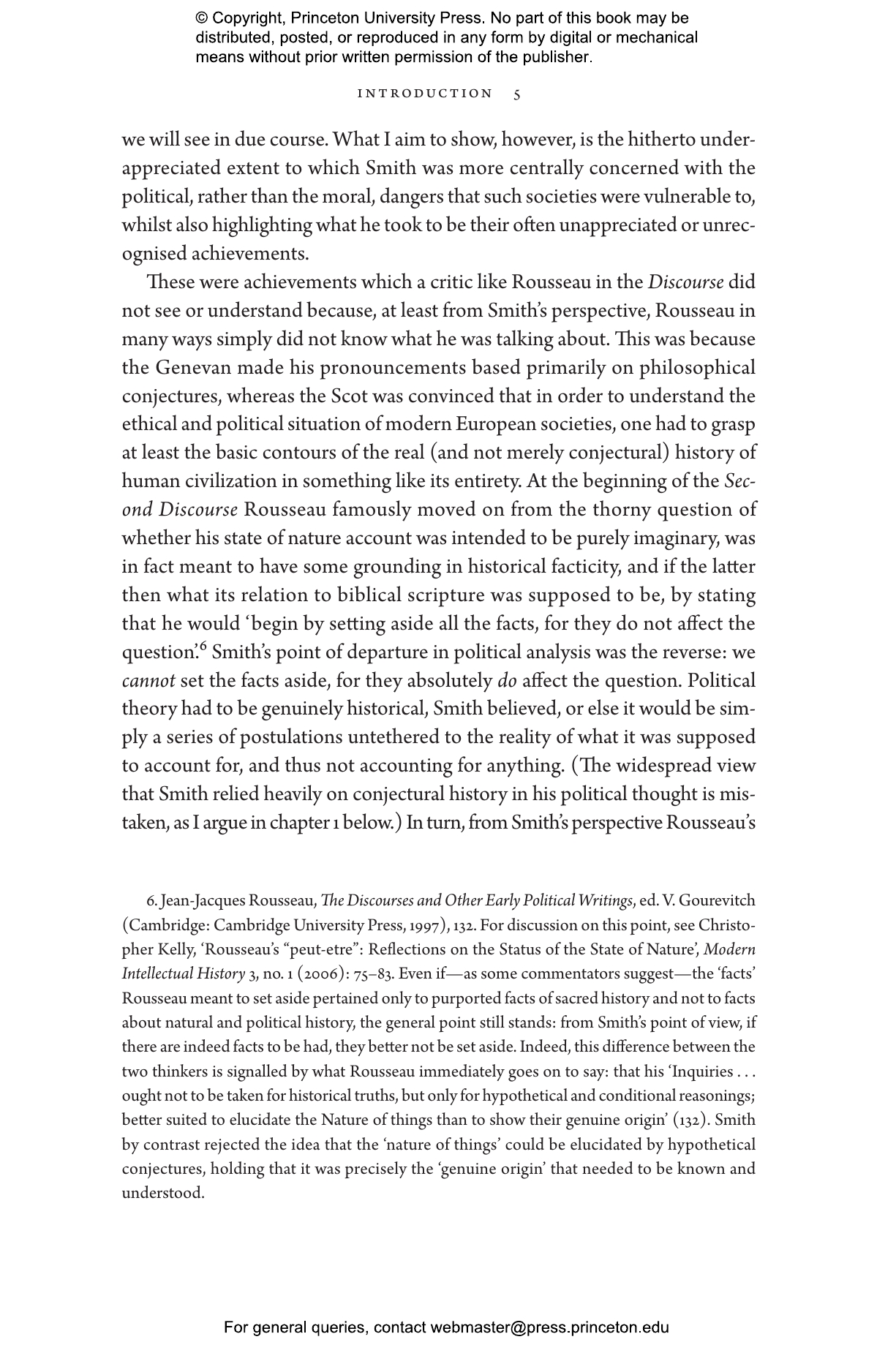 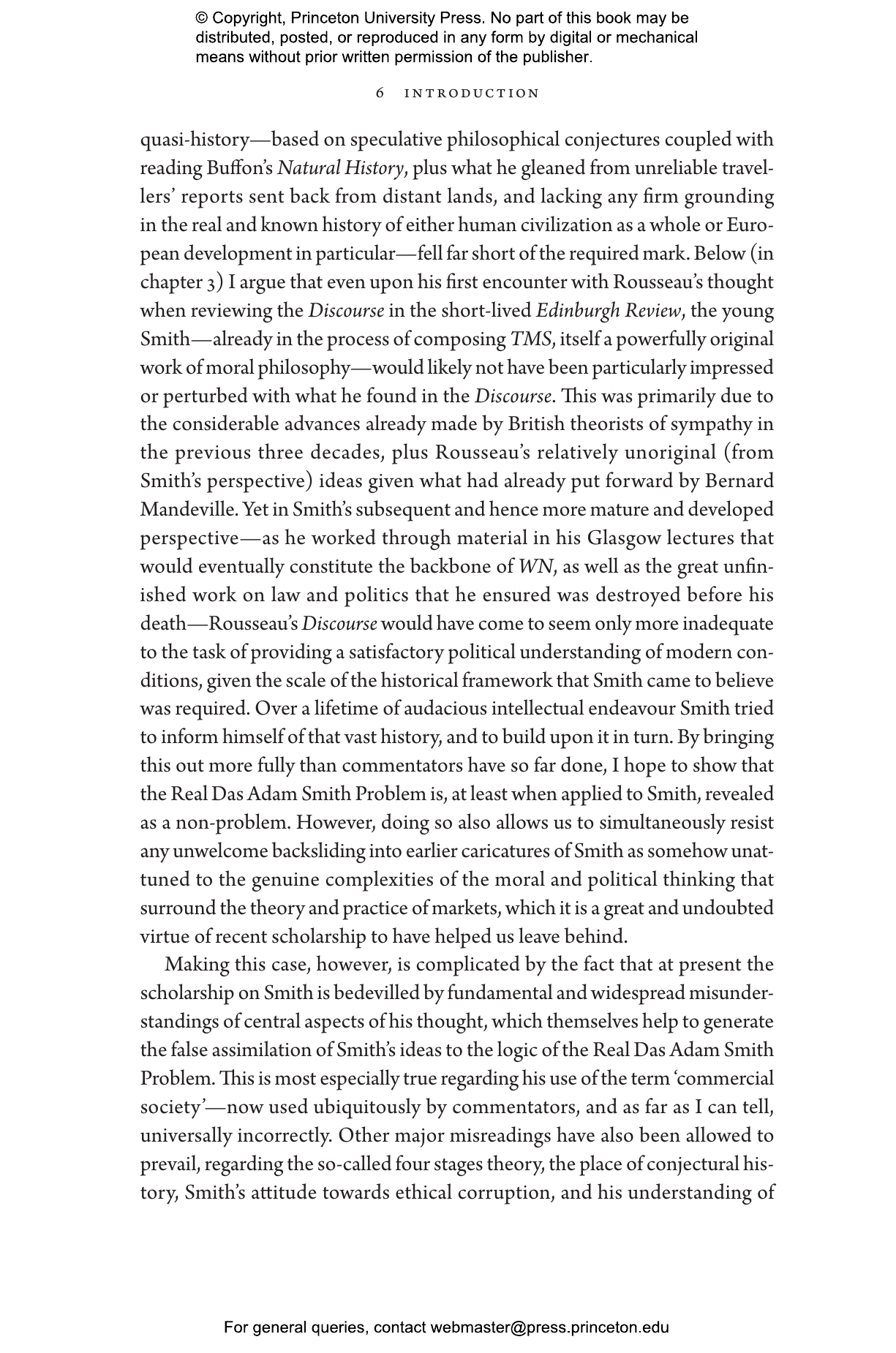 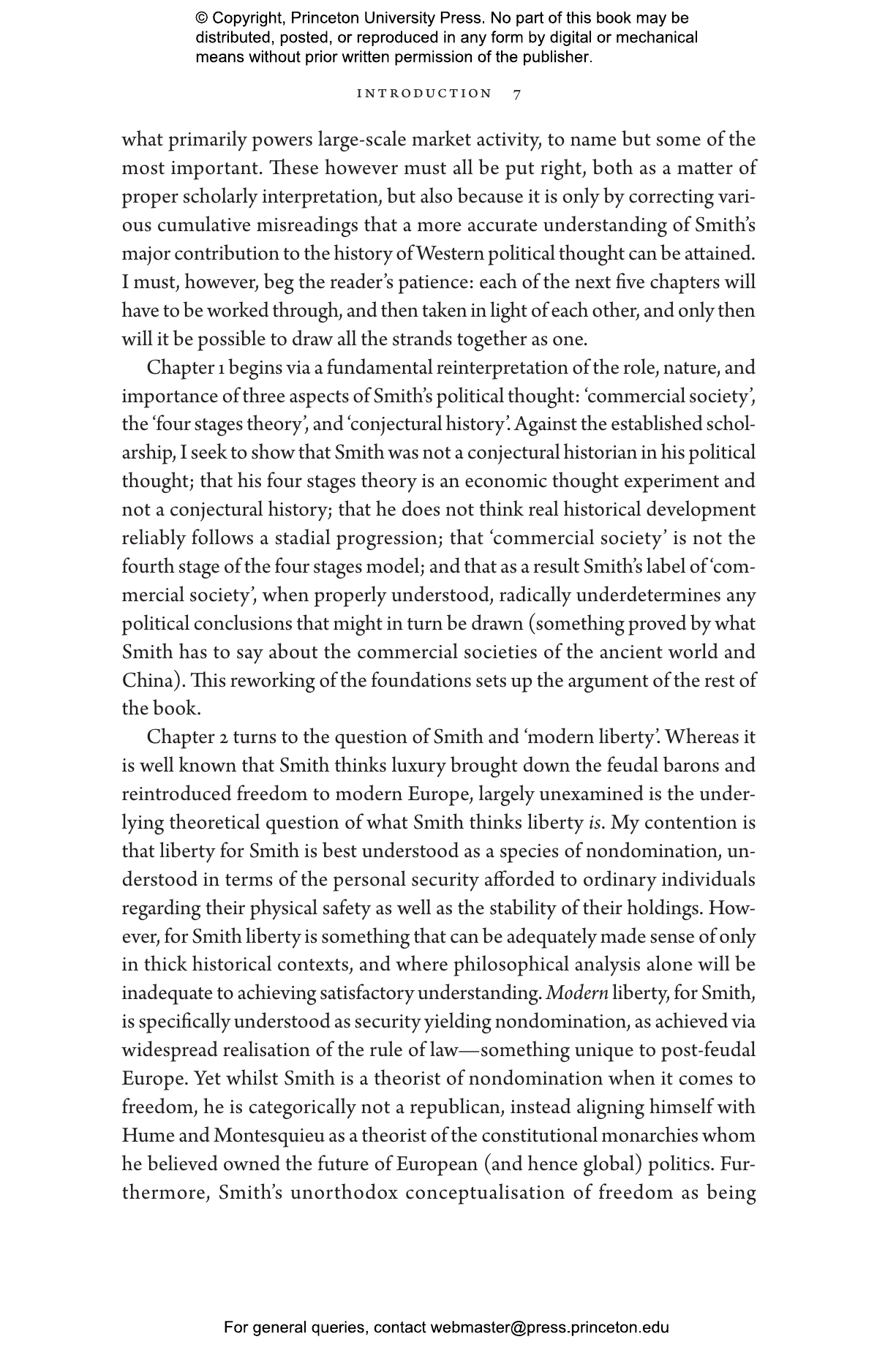 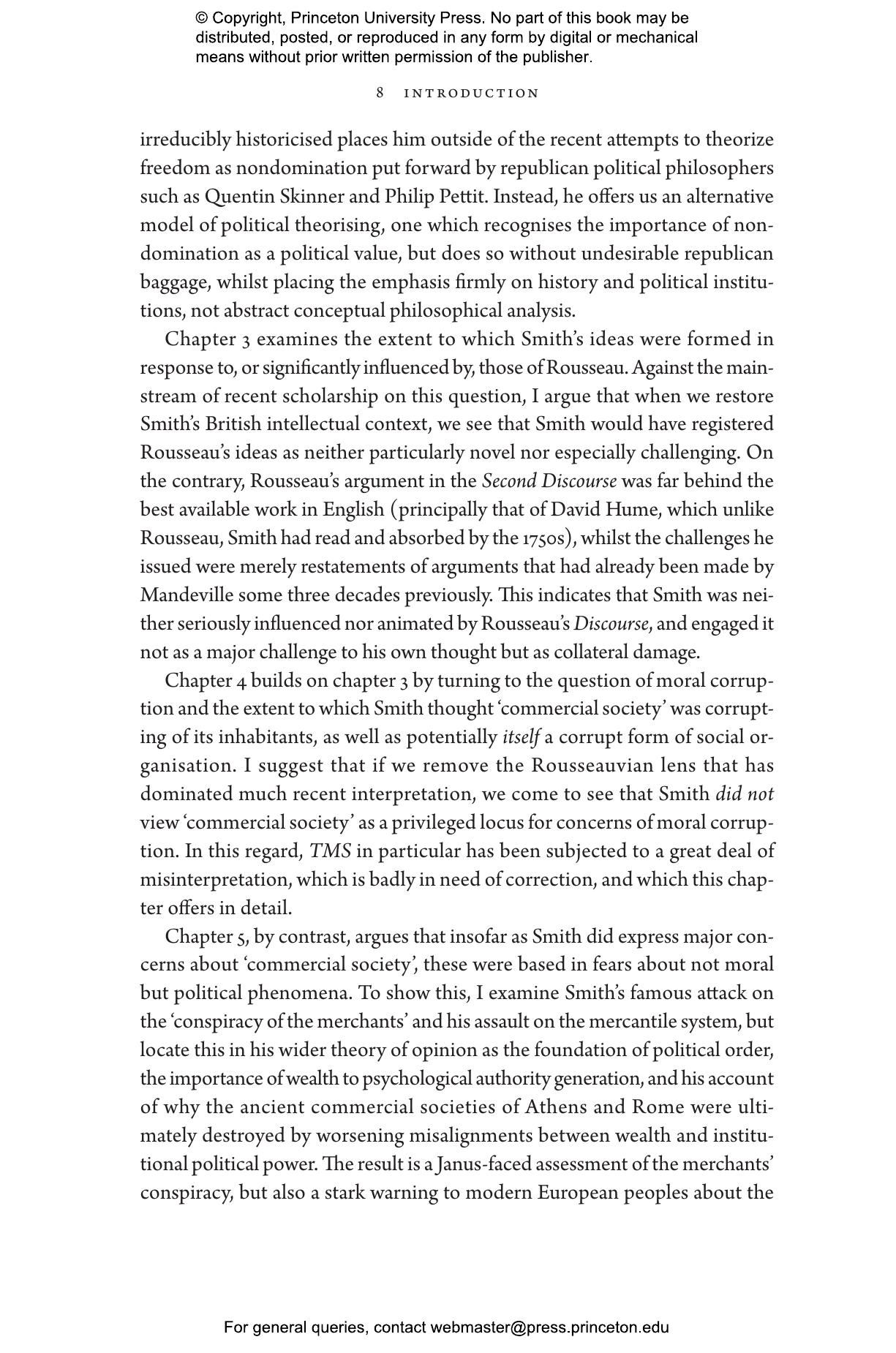 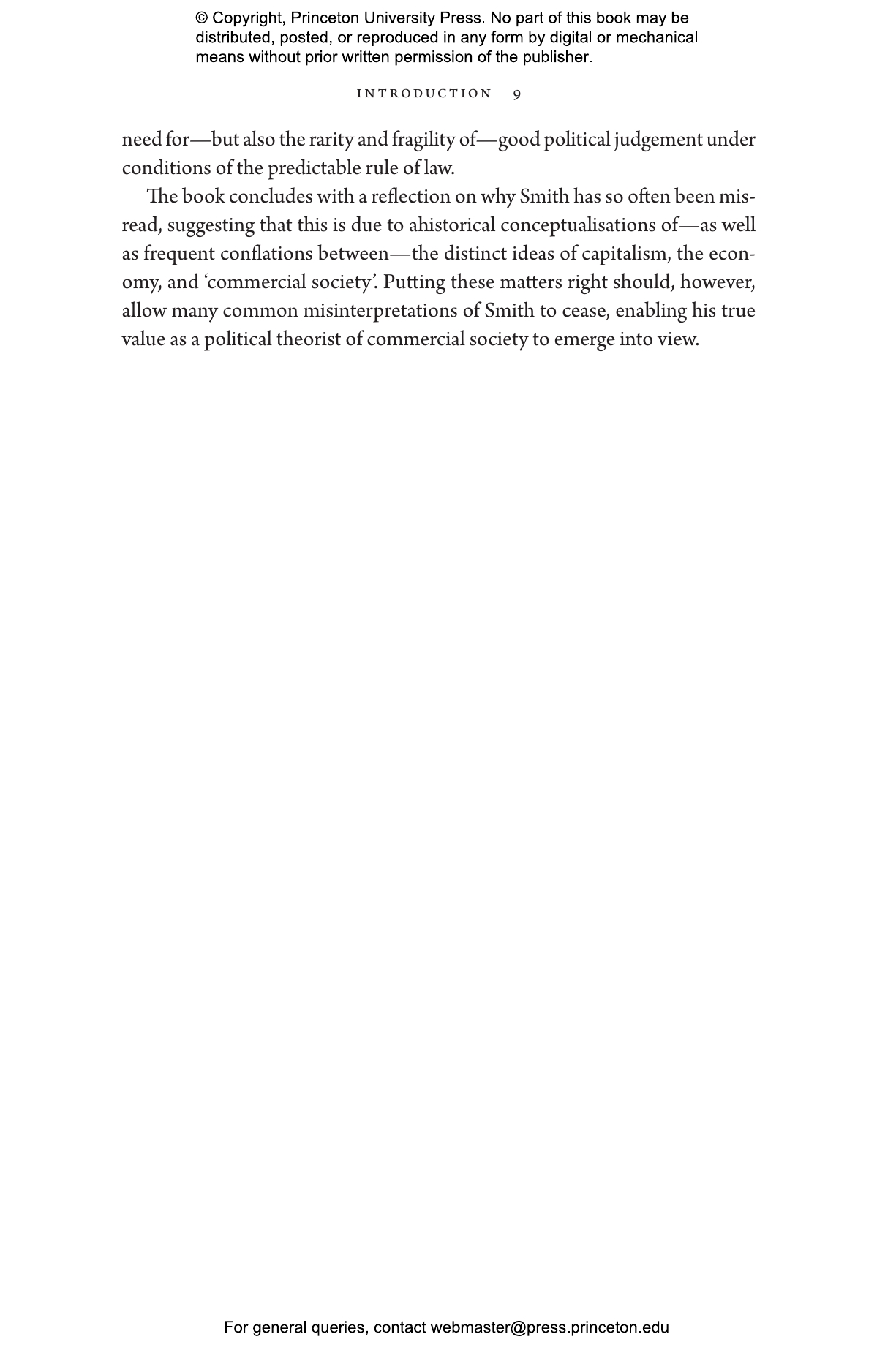 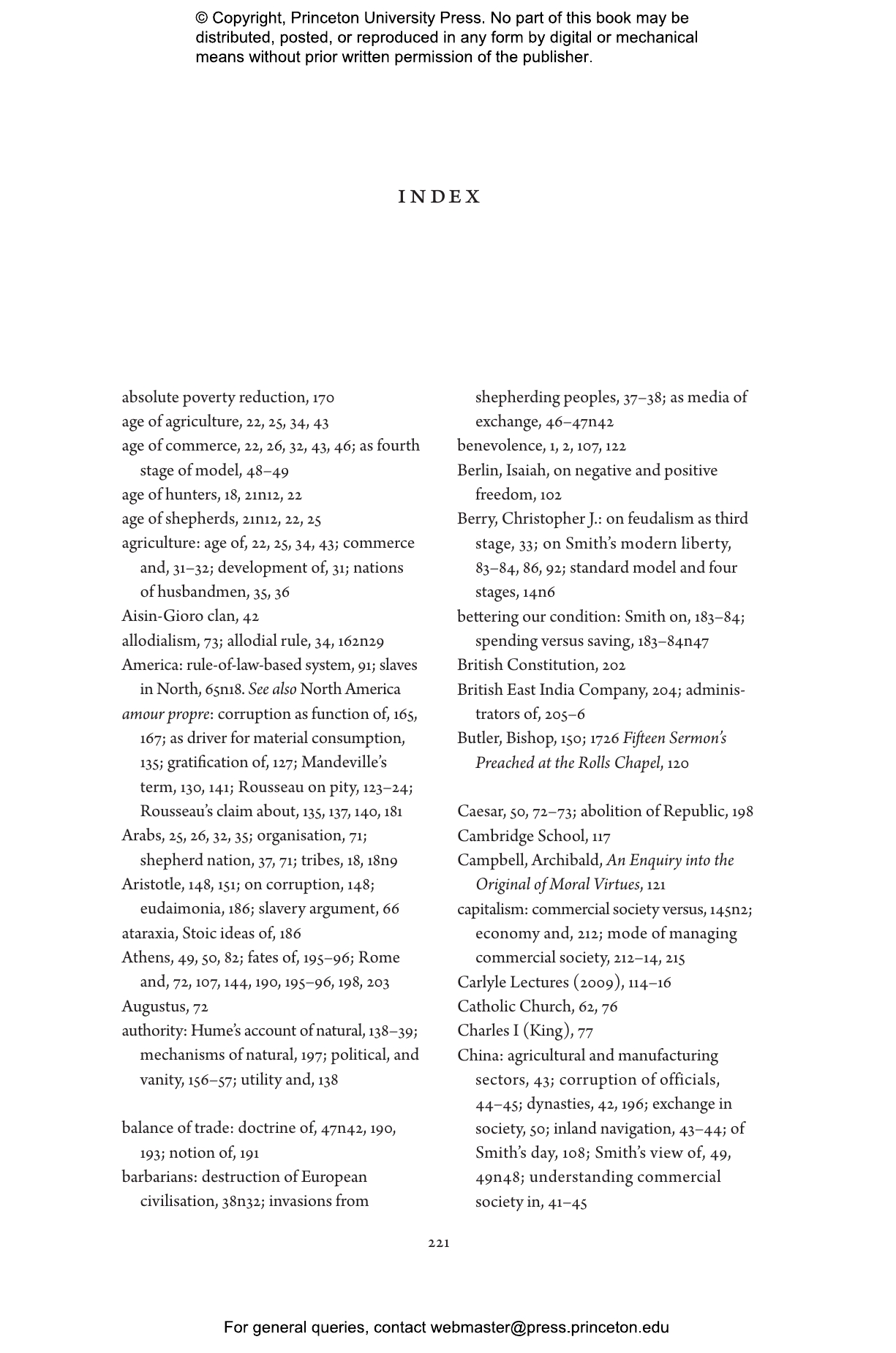 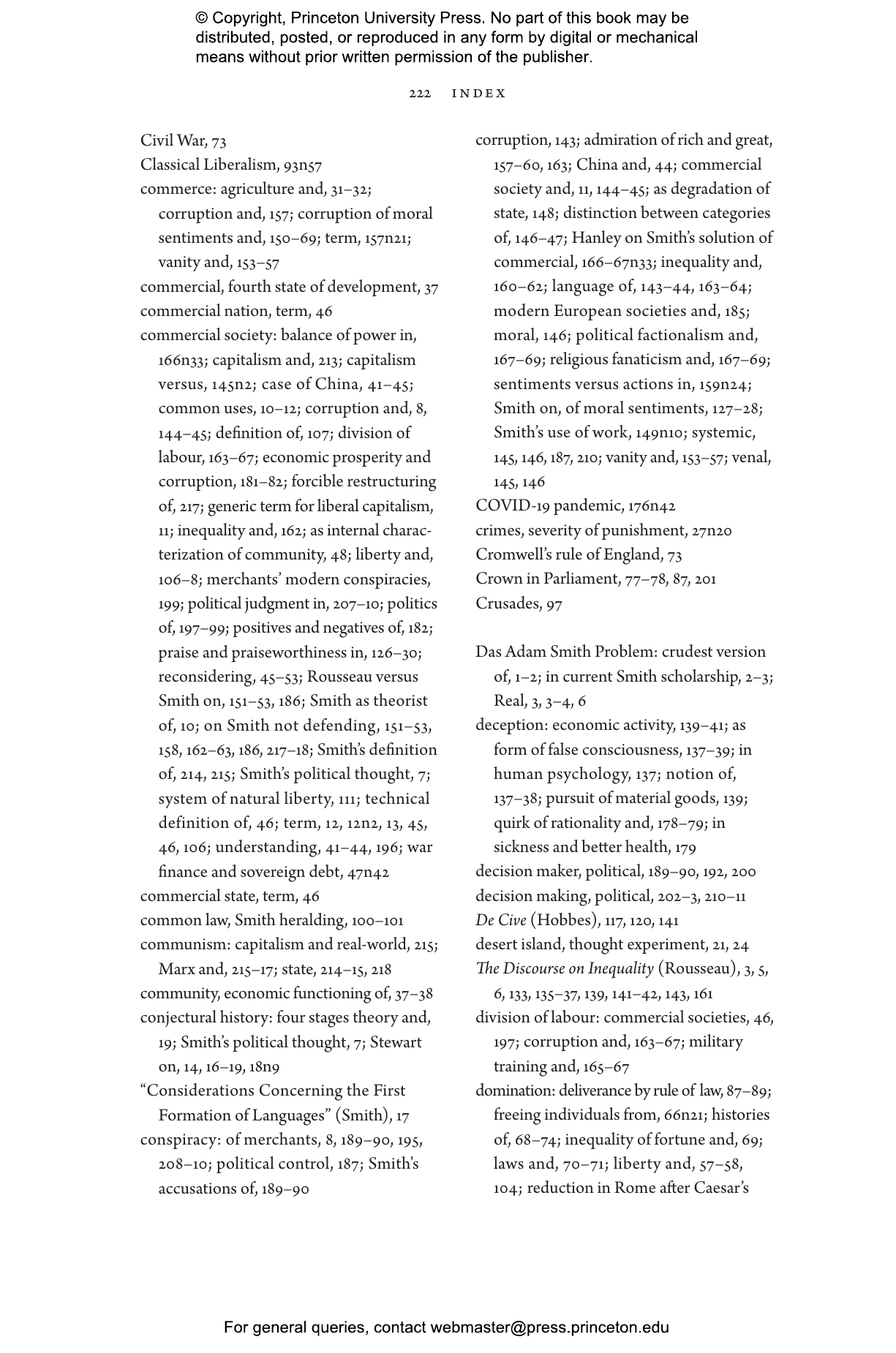 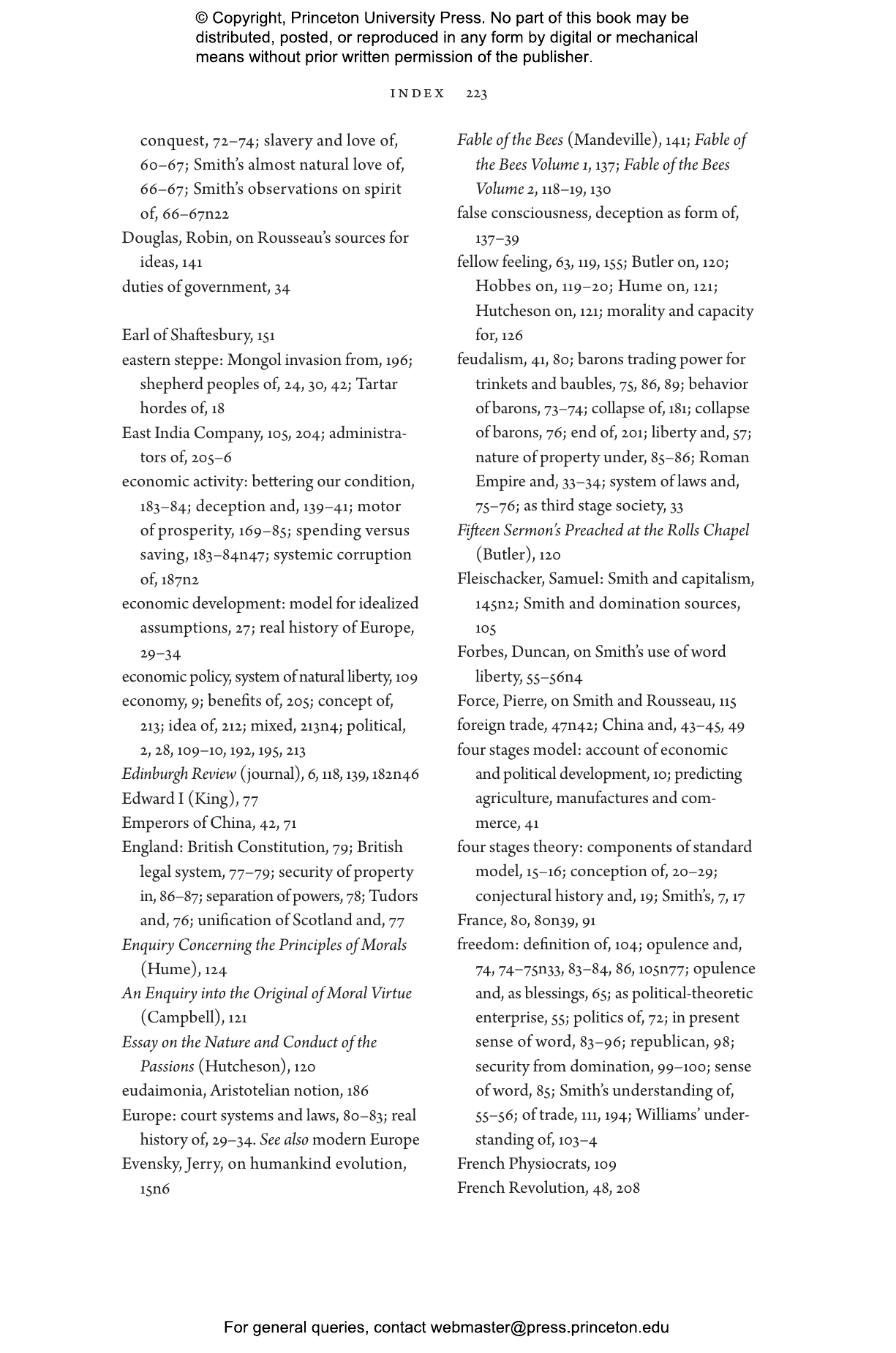 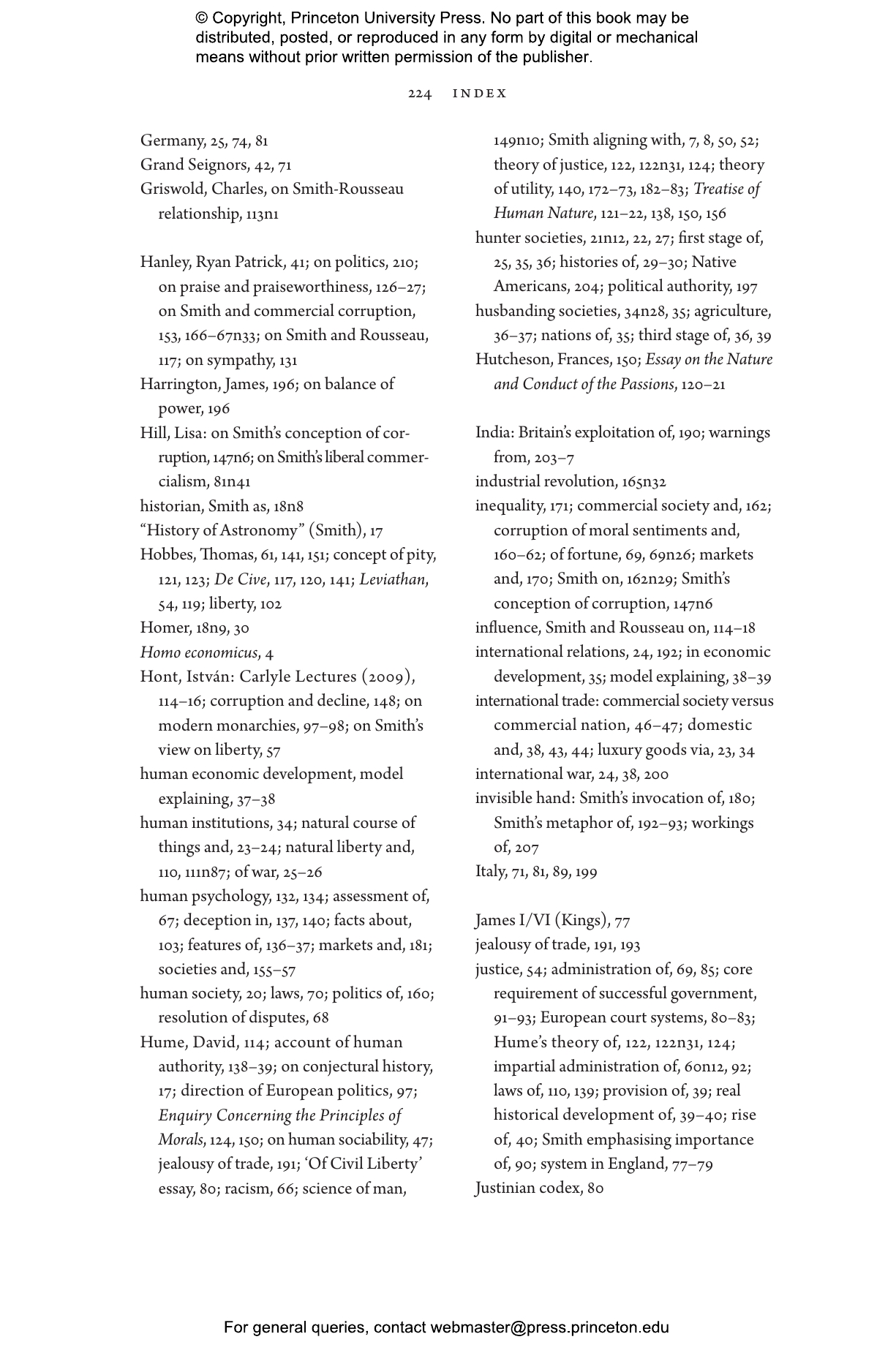 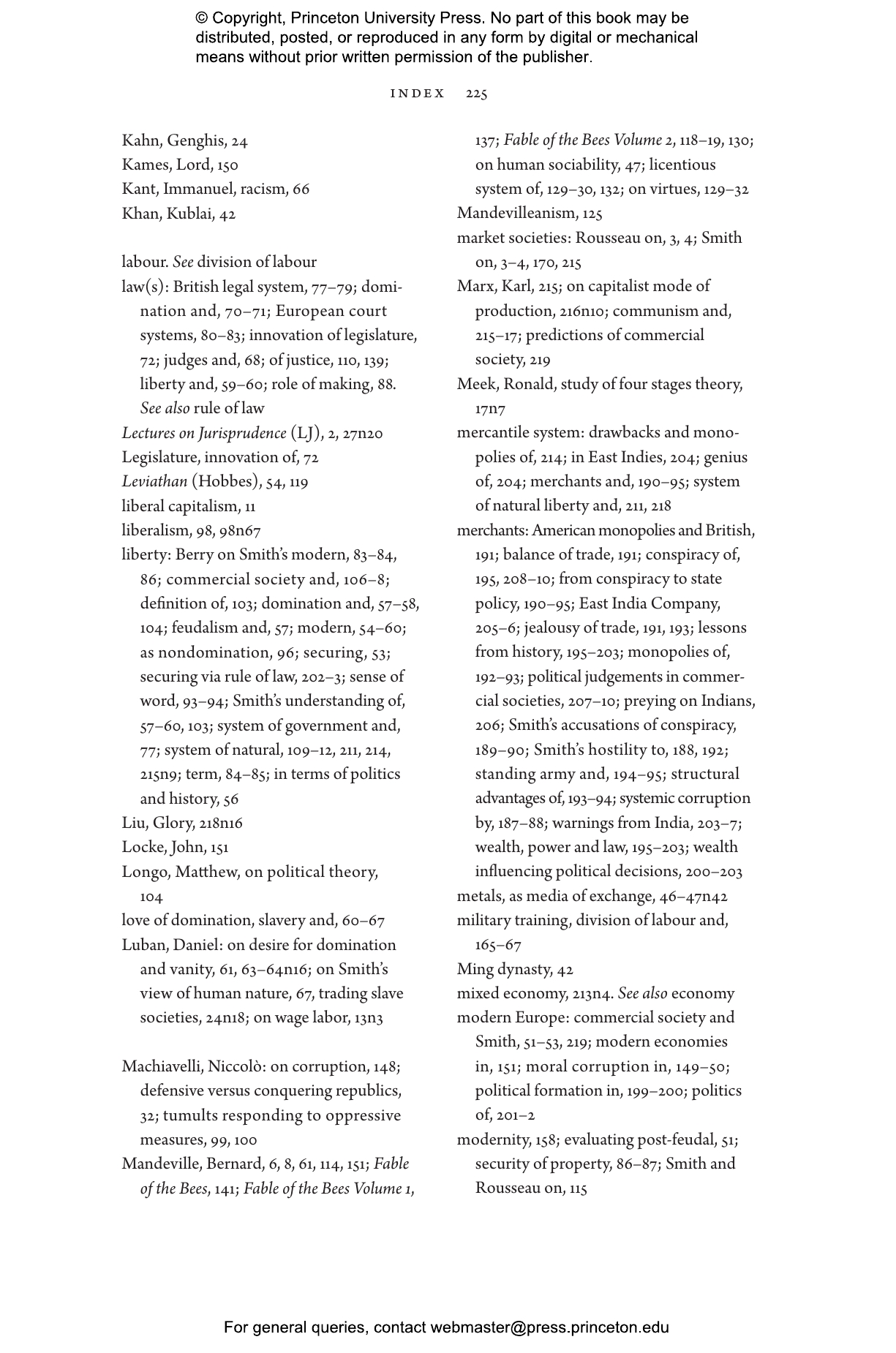 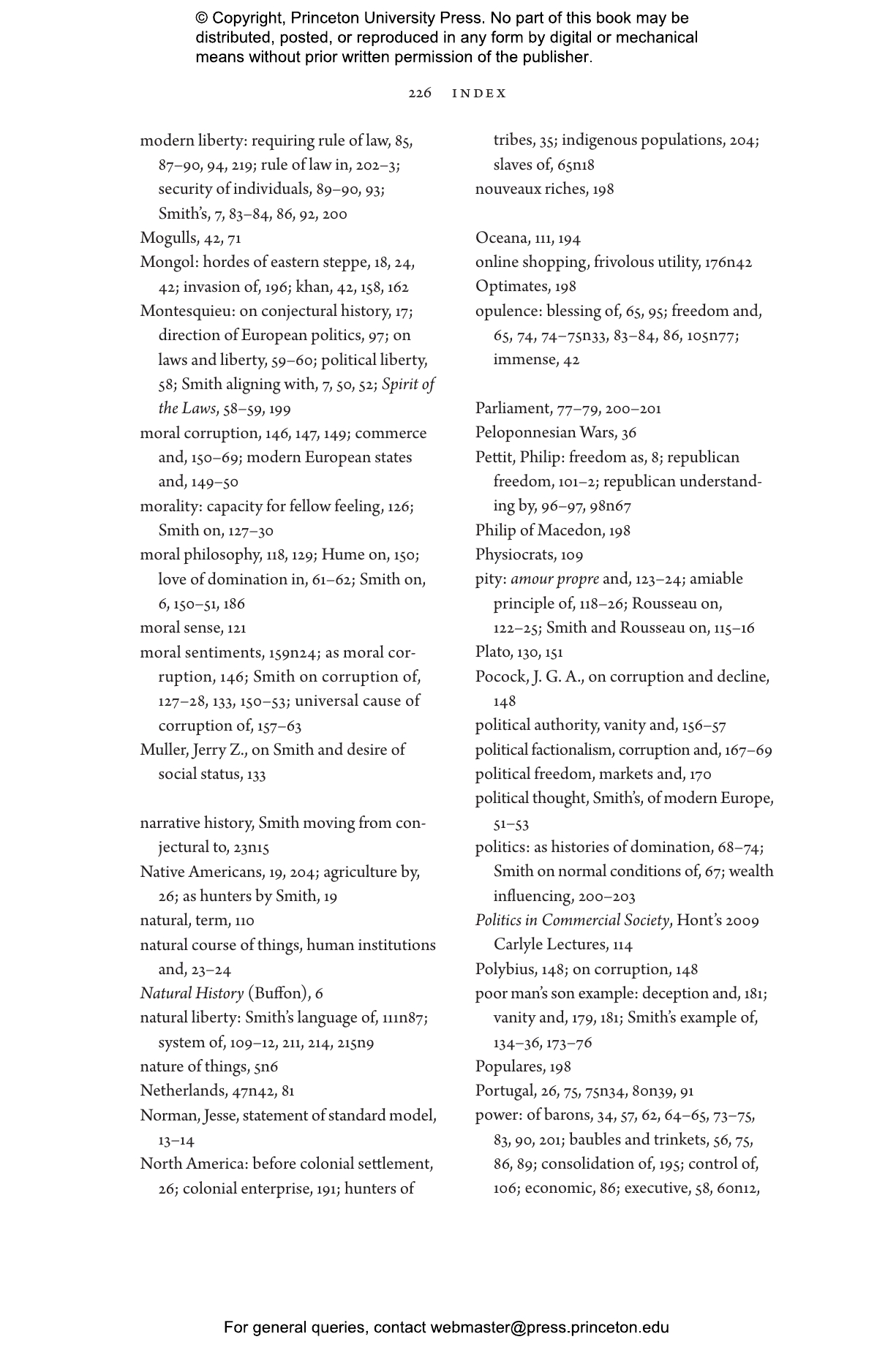 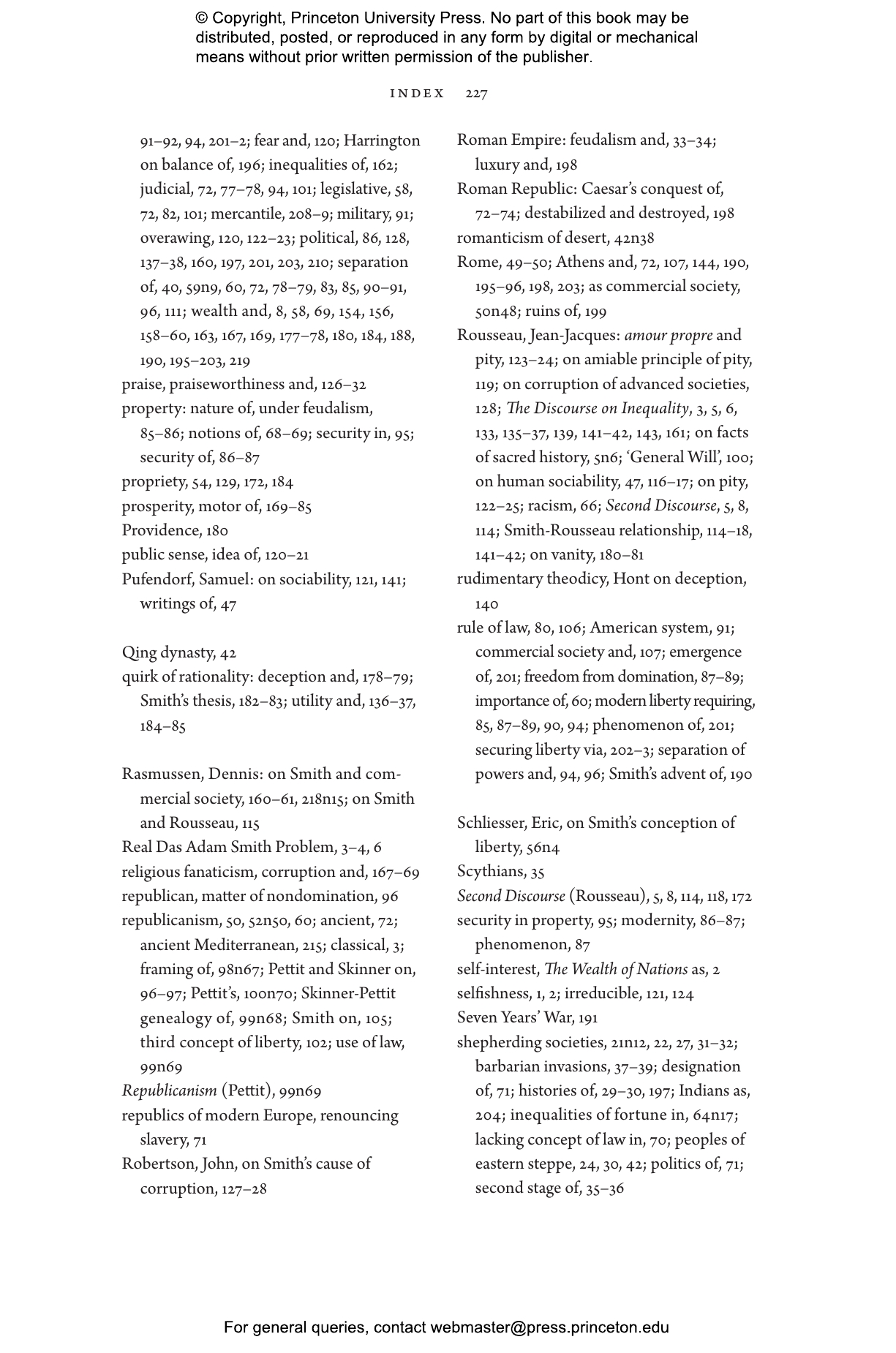 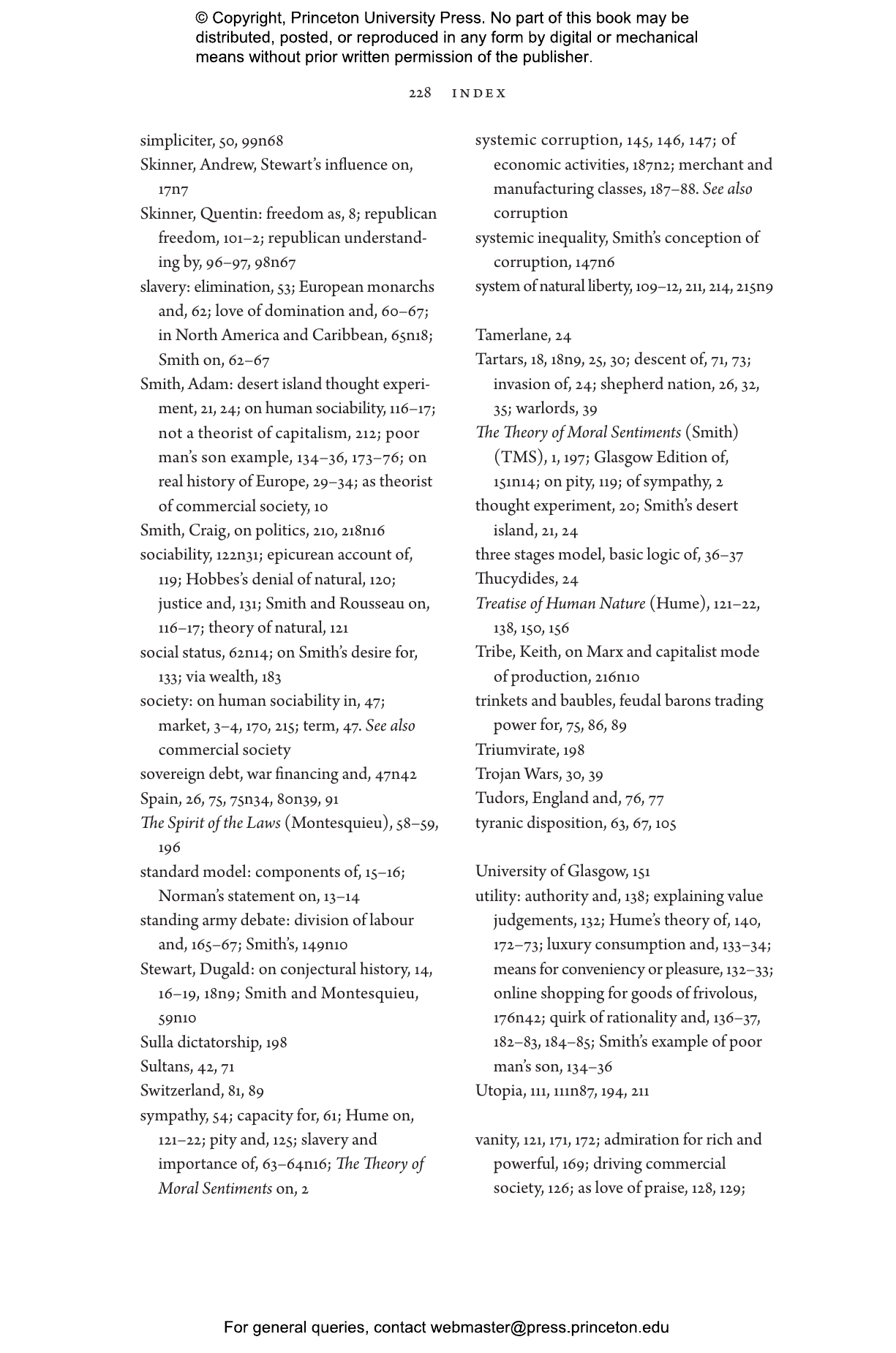 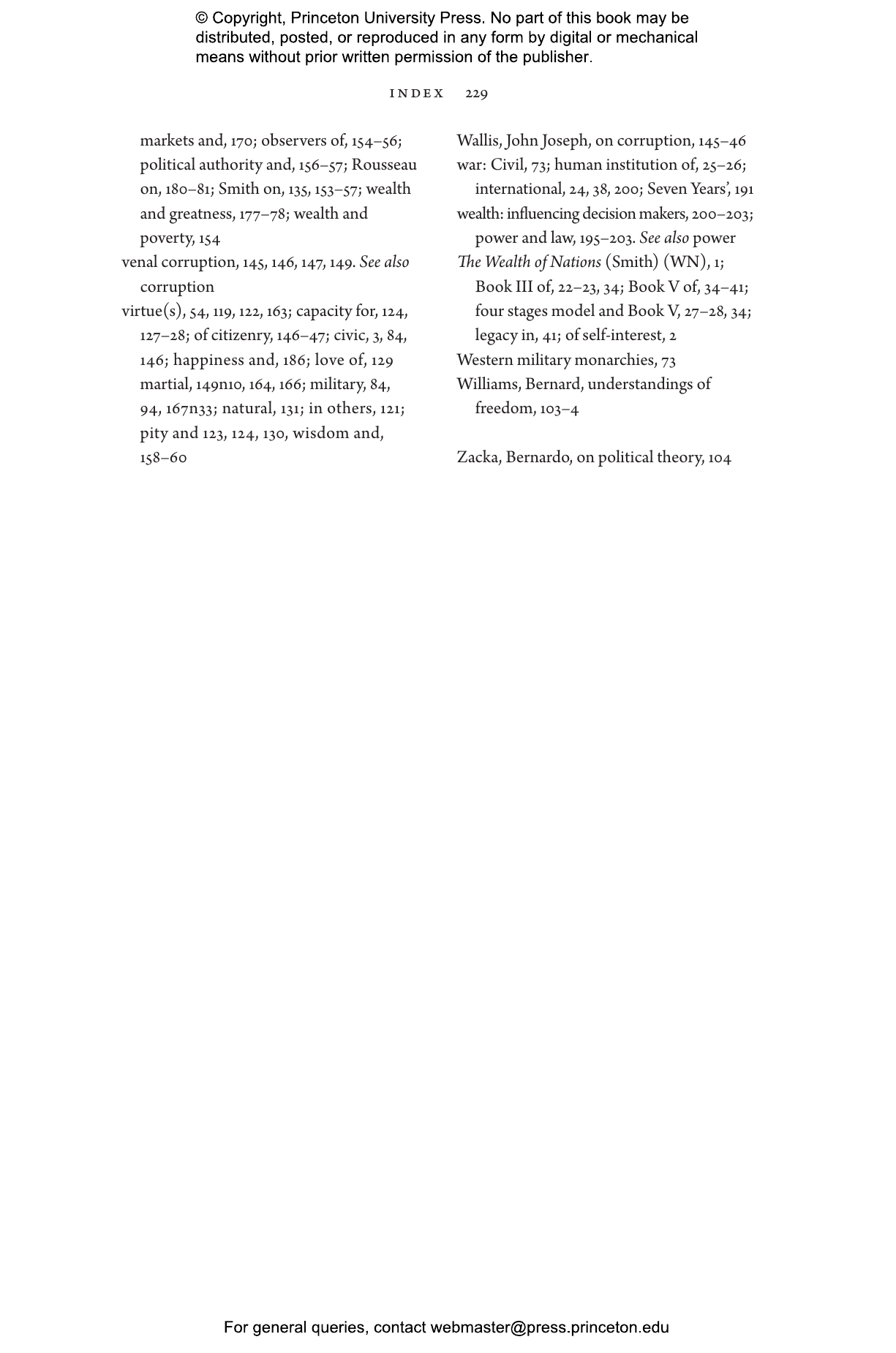 A radical reinterpretation of Adam Smith that challenges economists, moral philosophers, political theorists, and intellectual historians to rethink him—and why he matters 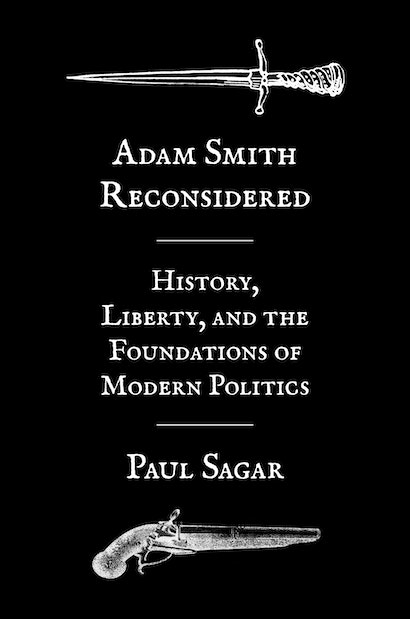 Adam Smith has long been recognized as the father of modern economics. More recently, scholars have emphasized his standing as a moral philosopher—one who was prepared to critique markets as well as to praise them. But Smith’s contributions to political theory are still underappreciated and relatively neglected. In this bold, revisionary book, Paul Sagar argues that not only have the fundamentals of Smith’s political thought been widely misunderstood, but that once we understand them correctly, our estimations of Smith as economist and as moral philosopher must radically change.

Rather than seeing Smith either as the prophet of the free market, or as a moralist who thought the dangers of commerce lay primarily in the corrupting effects of trade, Sagar shows why Smith is more thoroughly a political thinker who made major contributions to the history of political thought. Smith, Sagar argues, saw war, not commerce, as the engine of political change and he was centrally concerned with the political, not moral, dimensions of—and threats to—commercial societies. In this light, the true contours and power of Smith’s foundational contributions to western political thought emerge as never before.

Offering major reinterpretations of Smith’s political, moral, and economic ideas, Adam Smith Reconsidered seeks to revolutionize how he is understood. In doing so, it recovers Smith’s original way of doing political theory, one rooted in the importance of history and the necessity of maintaining a realist sensibility, and from which we still have much to learn.

Paul Sagar is senior lecturer in political theory at King’s College London and the author of The Opinion of Mankind: Sociability and the Theory of the State from Hobbes to Smith (Princeton).

“While Adam Smith has long been viewed as an economist or a moral philosopher, Adam Smith Reconsidered puts his politics front and center. This rich new reading will surely renew and enliven the debate over Smith’s place in the history of political thought.”—Dennis C. Rasmussen, author of The Infidel and the Professor: David Hume, Adam Smith, and the Friendship That Shaped Modern Thought

“A bold rethinking of Adam Smith, this stimulating and insightful book will provoke a lively and instructive debate.”—Charles L. Griswold, Boston University

“Provocative and carefully reasoned, Adam Smith Reconsidered turns a major portion of the writing on Smith on its head.”—Barry R. Weingast, Stanford University