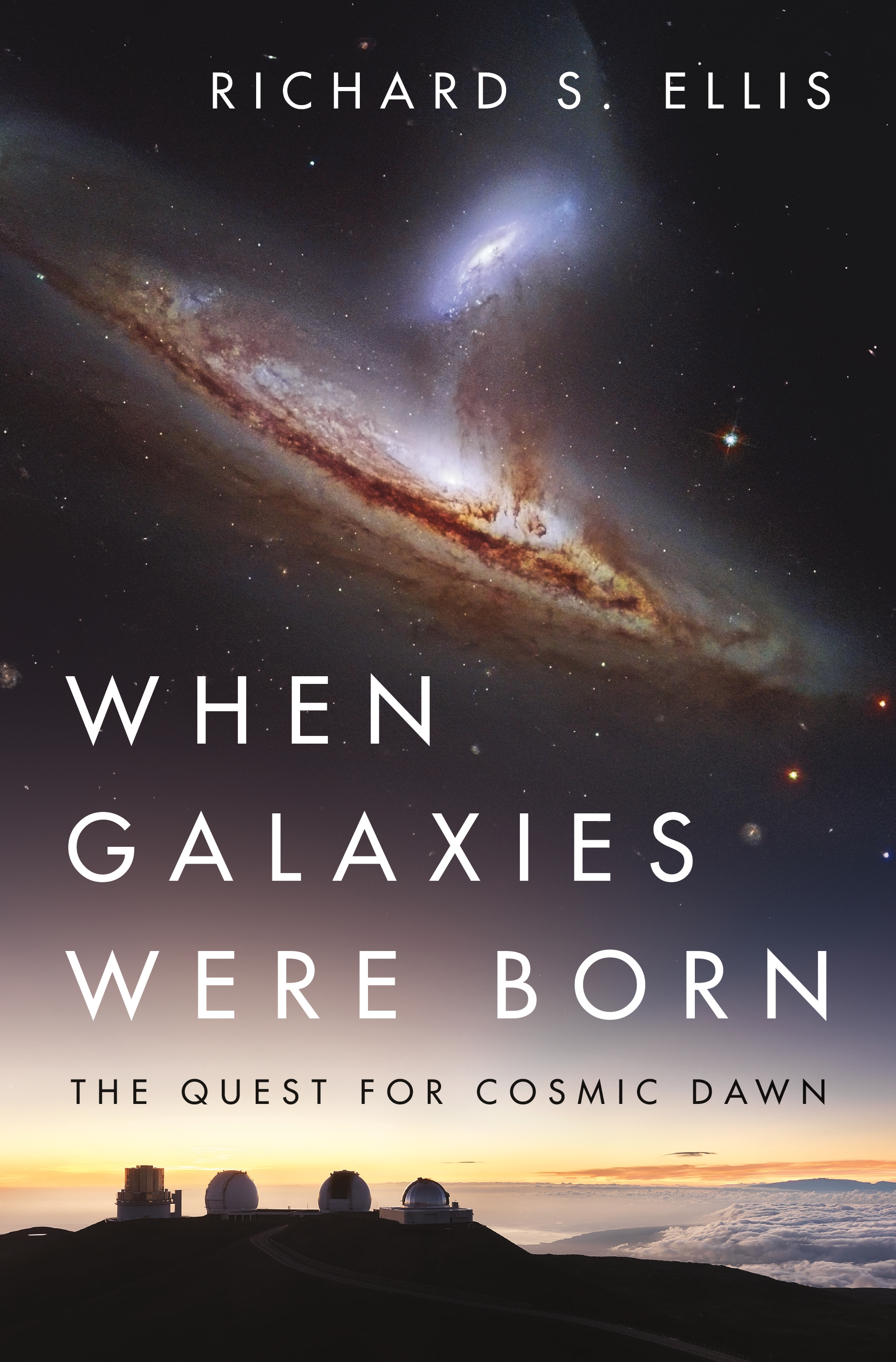 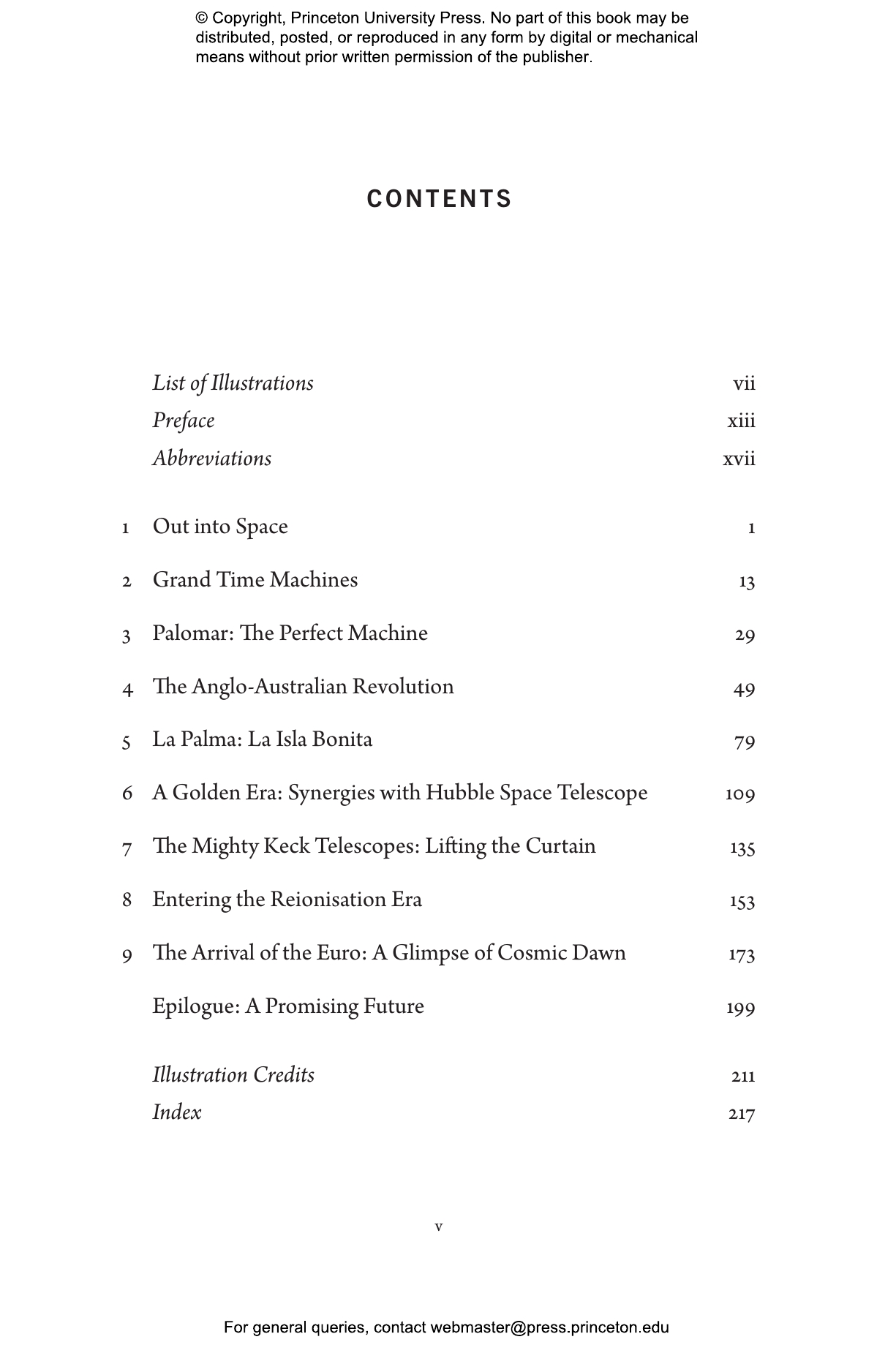 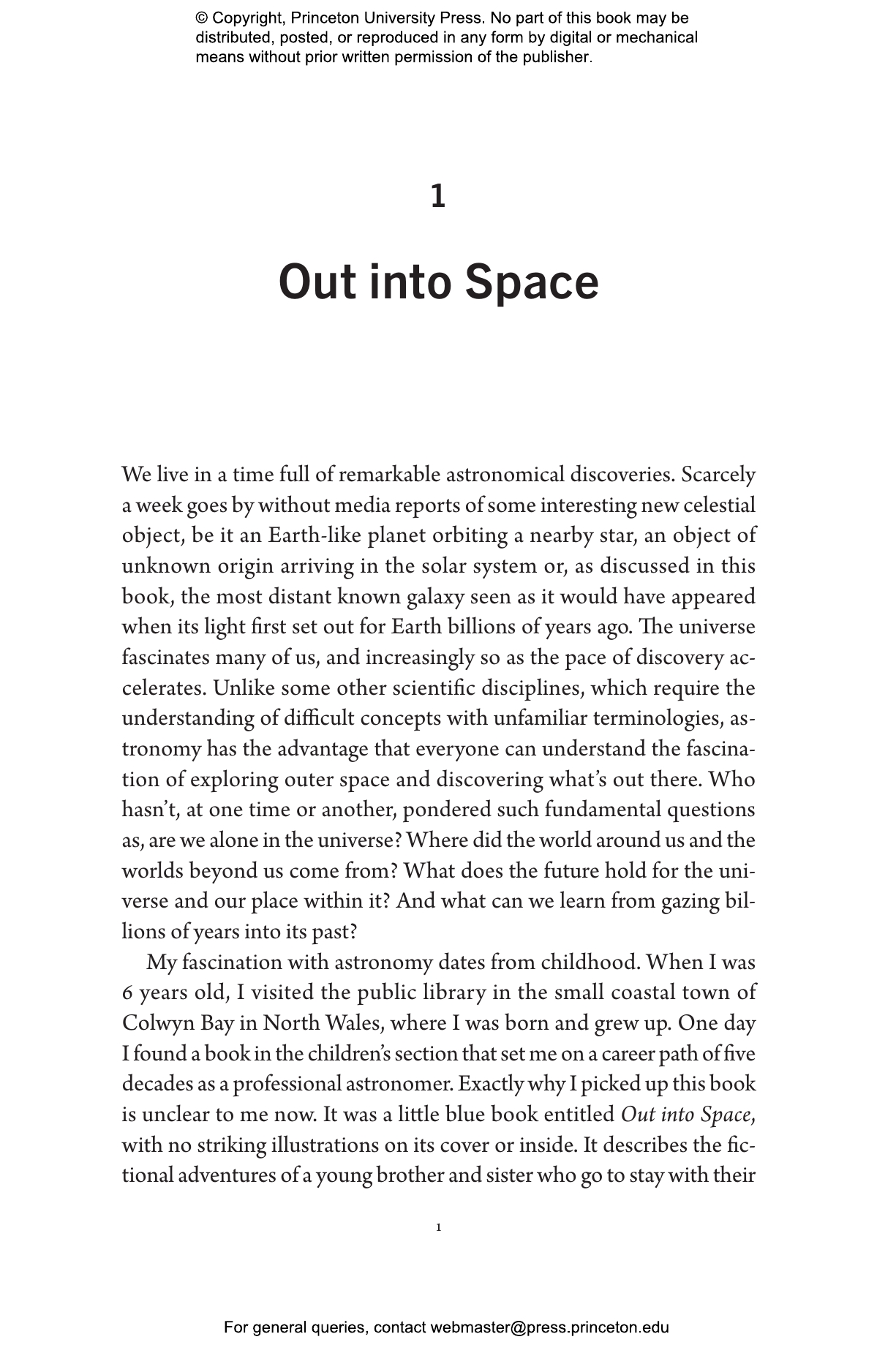 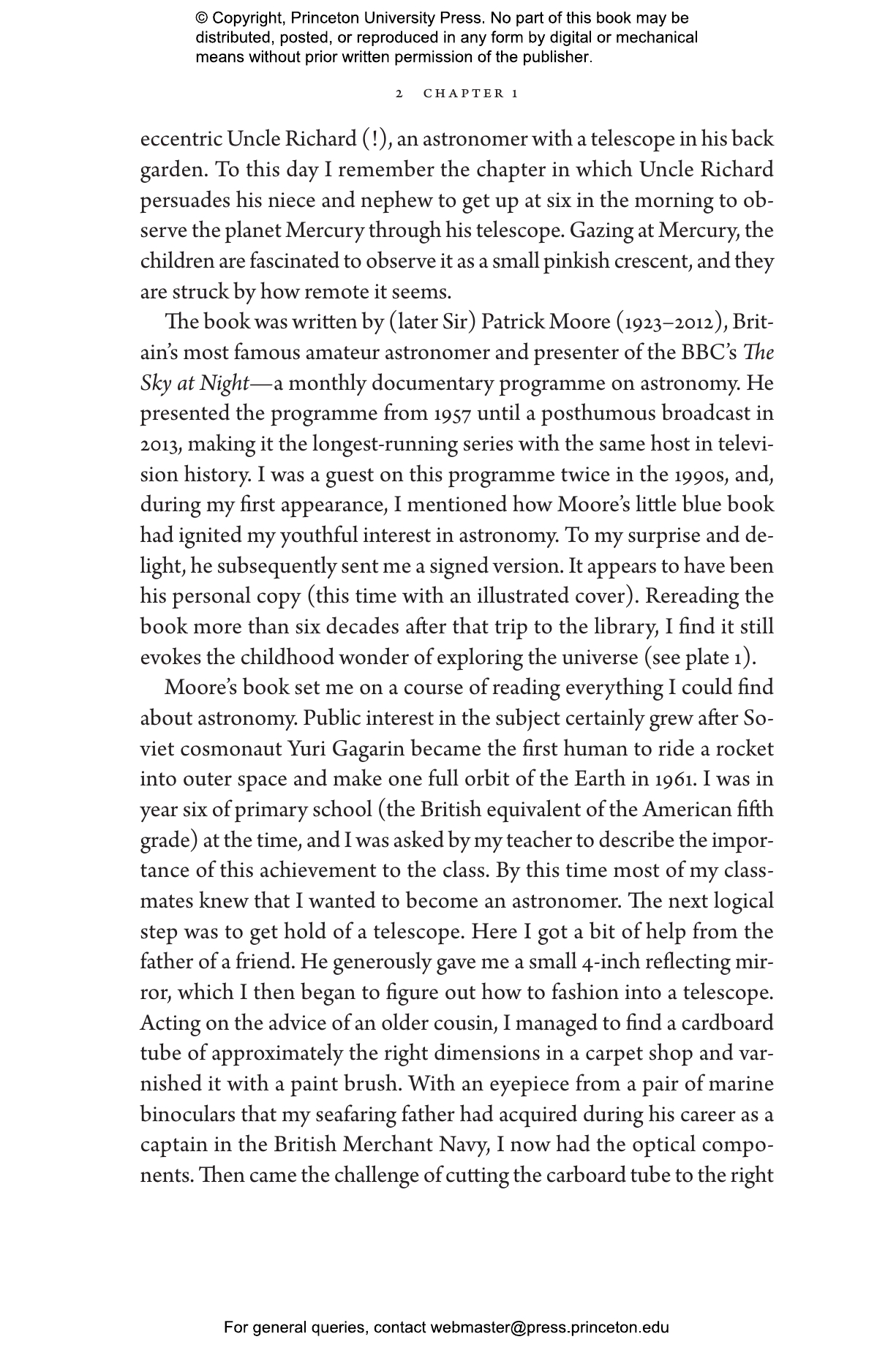 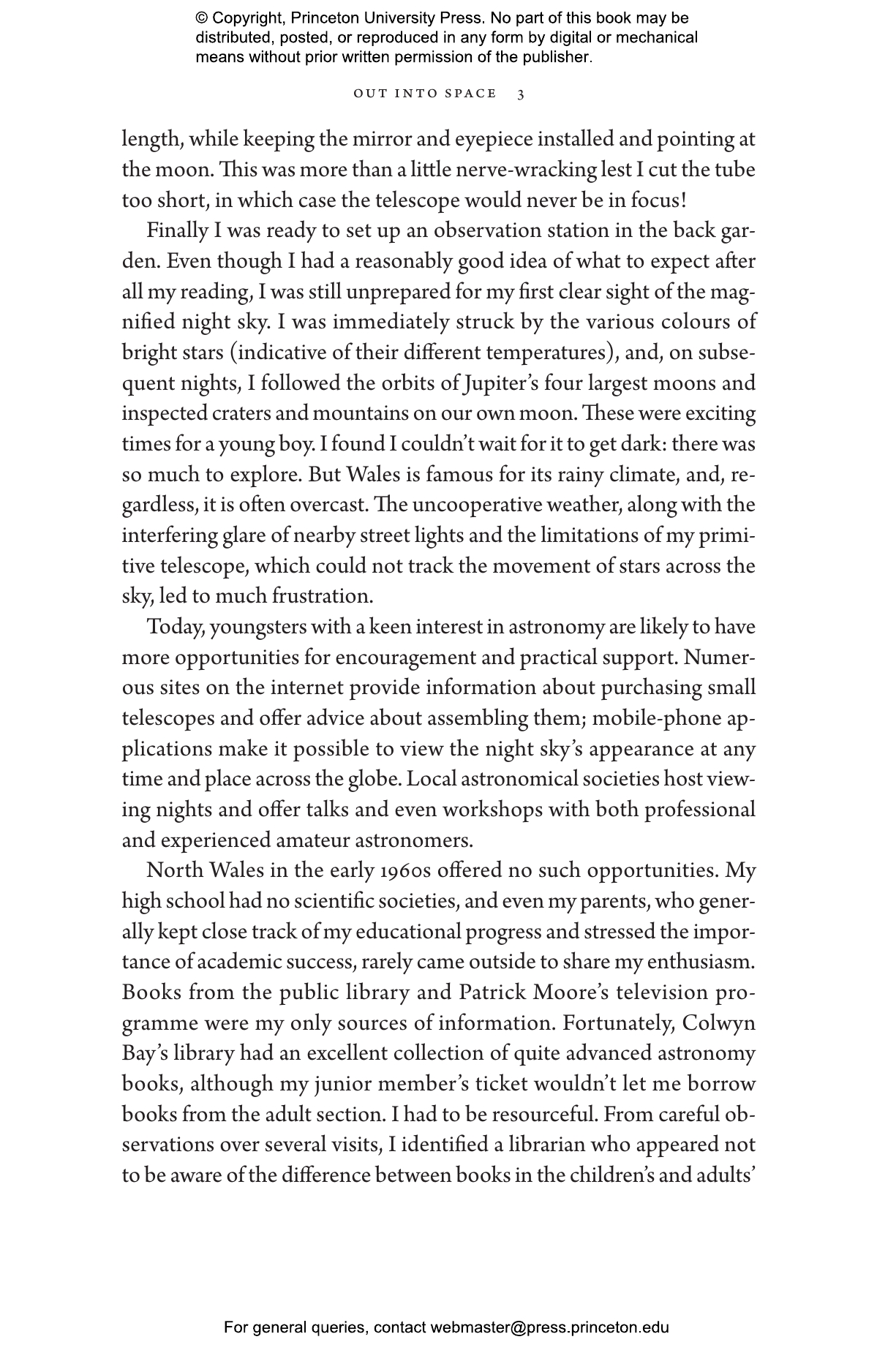 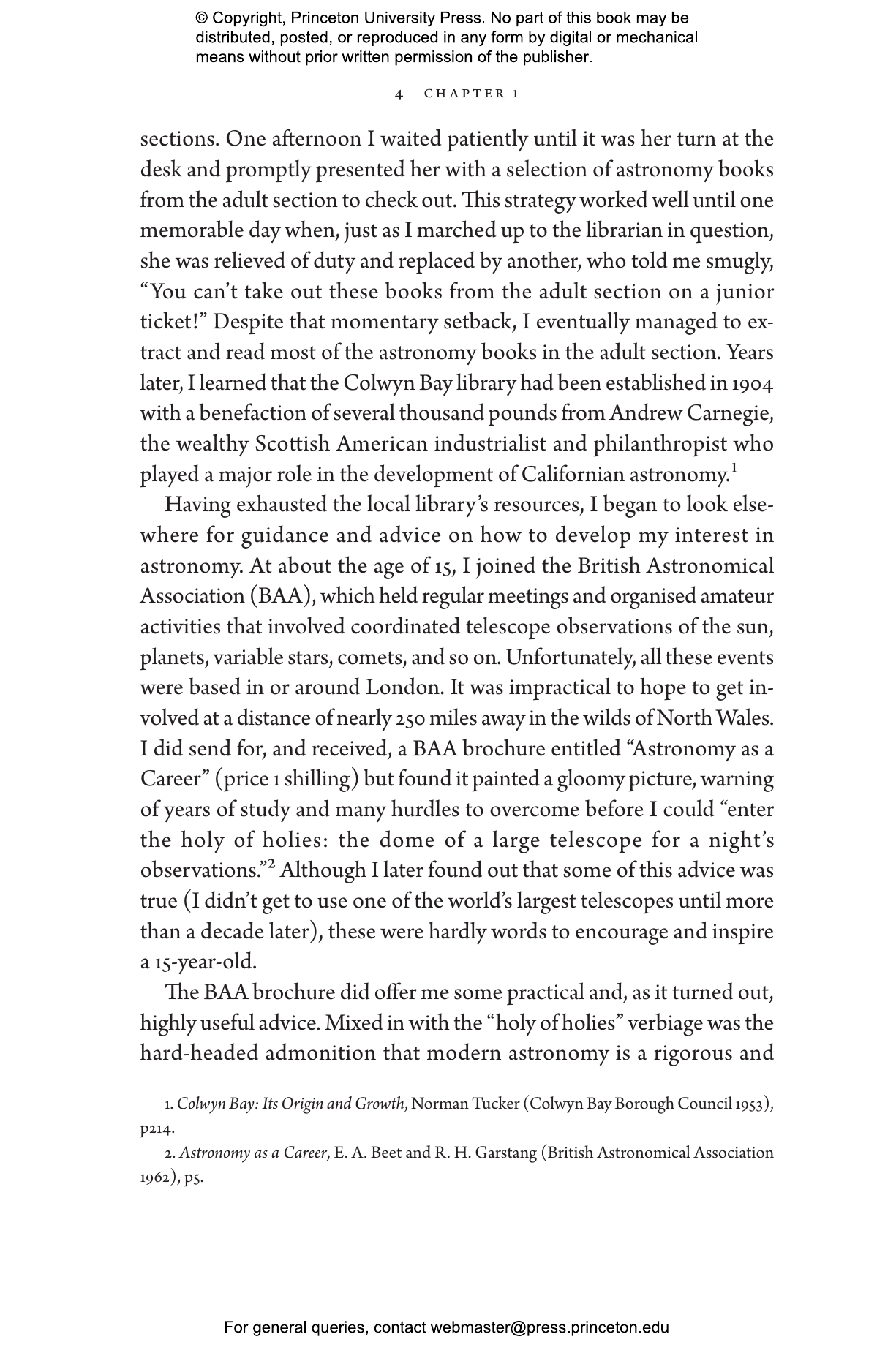 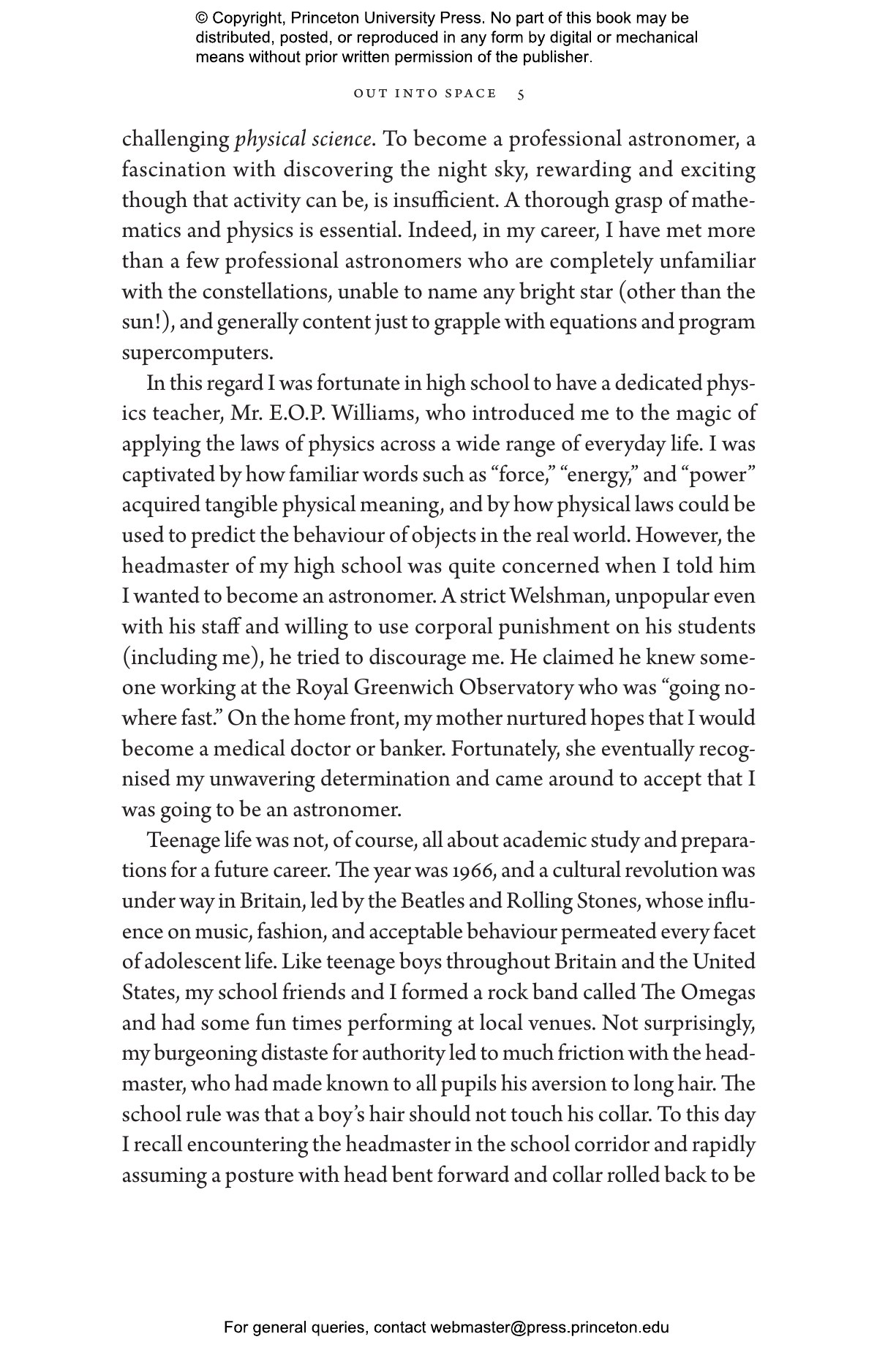 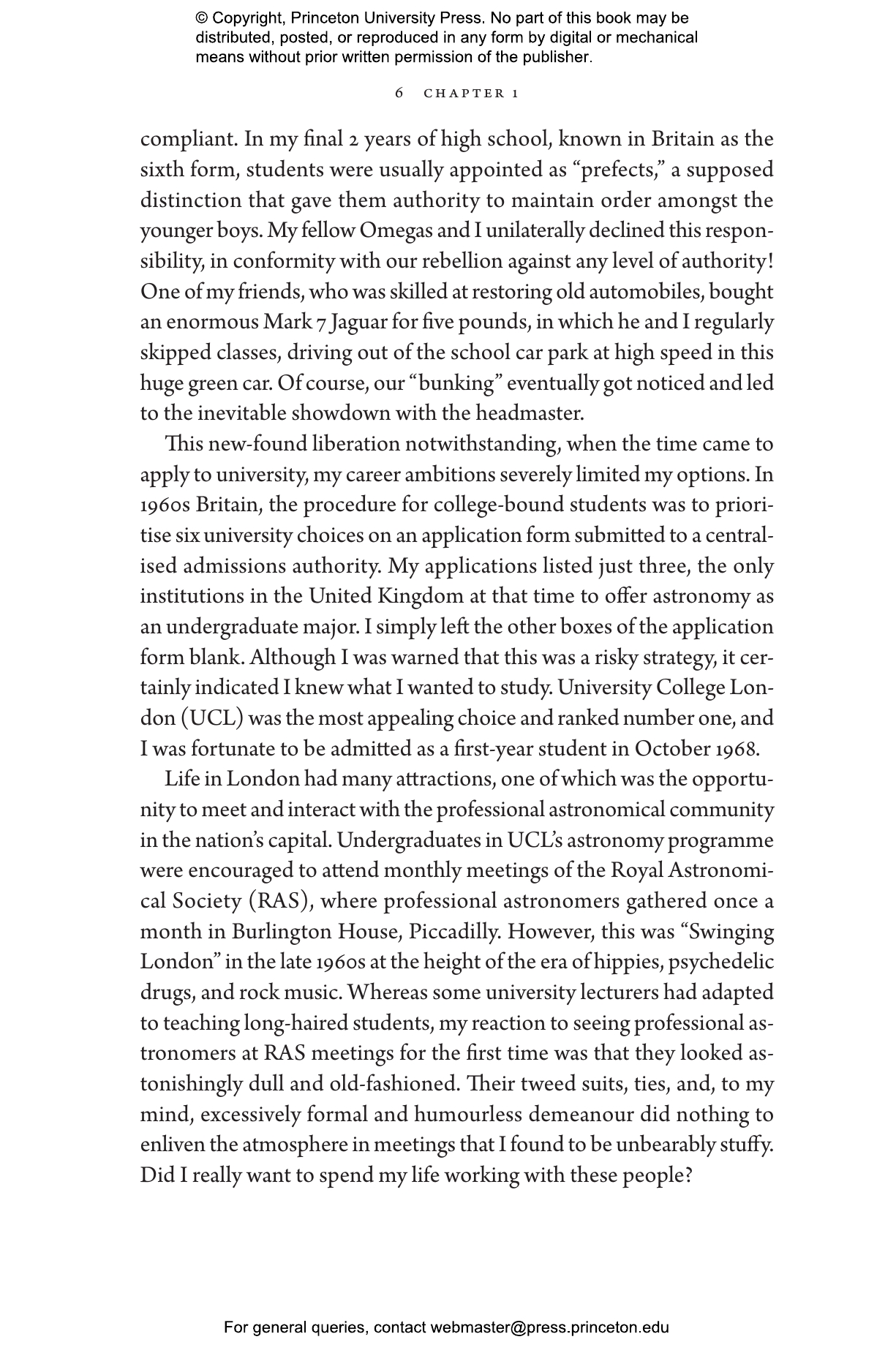 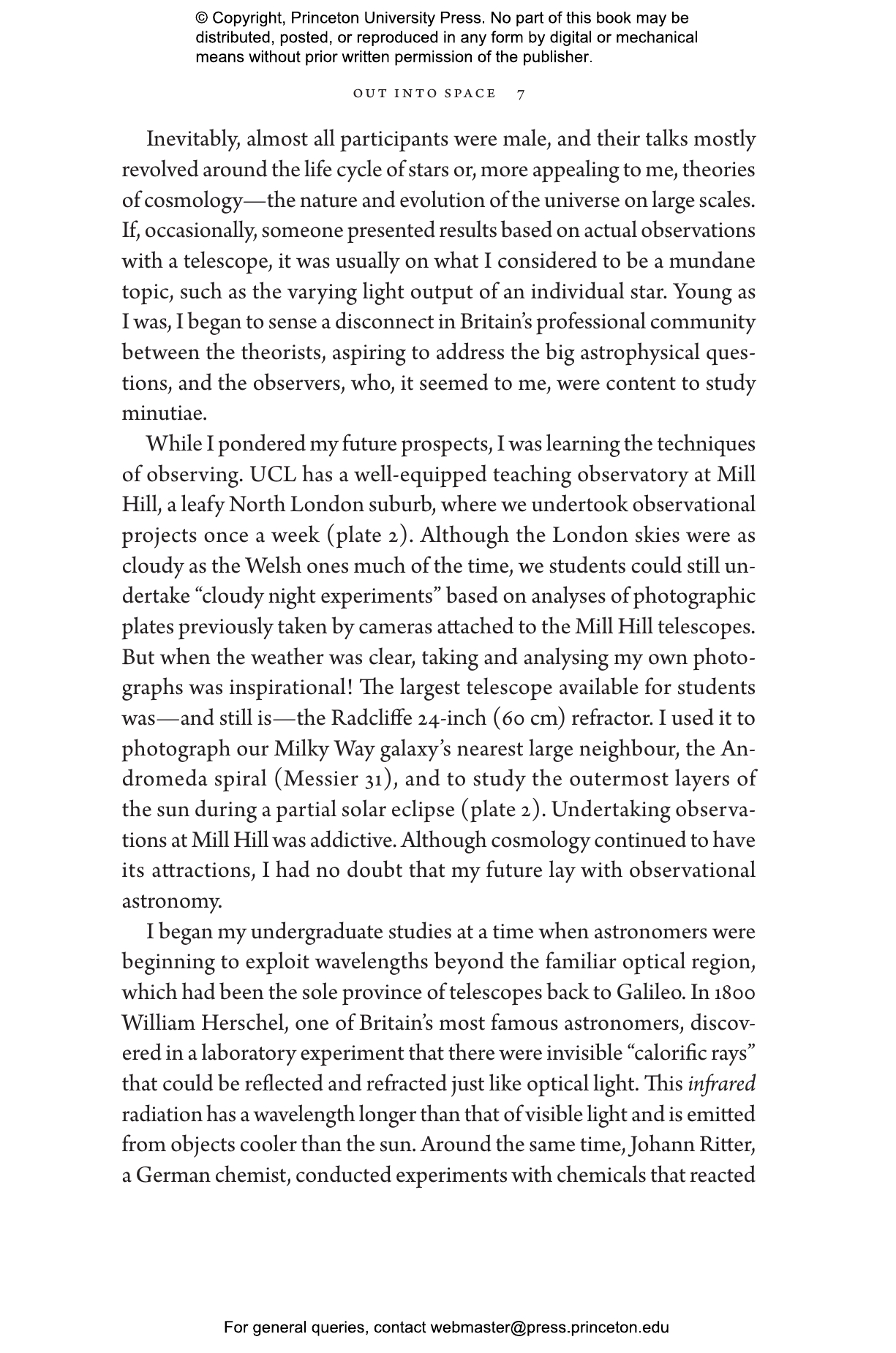 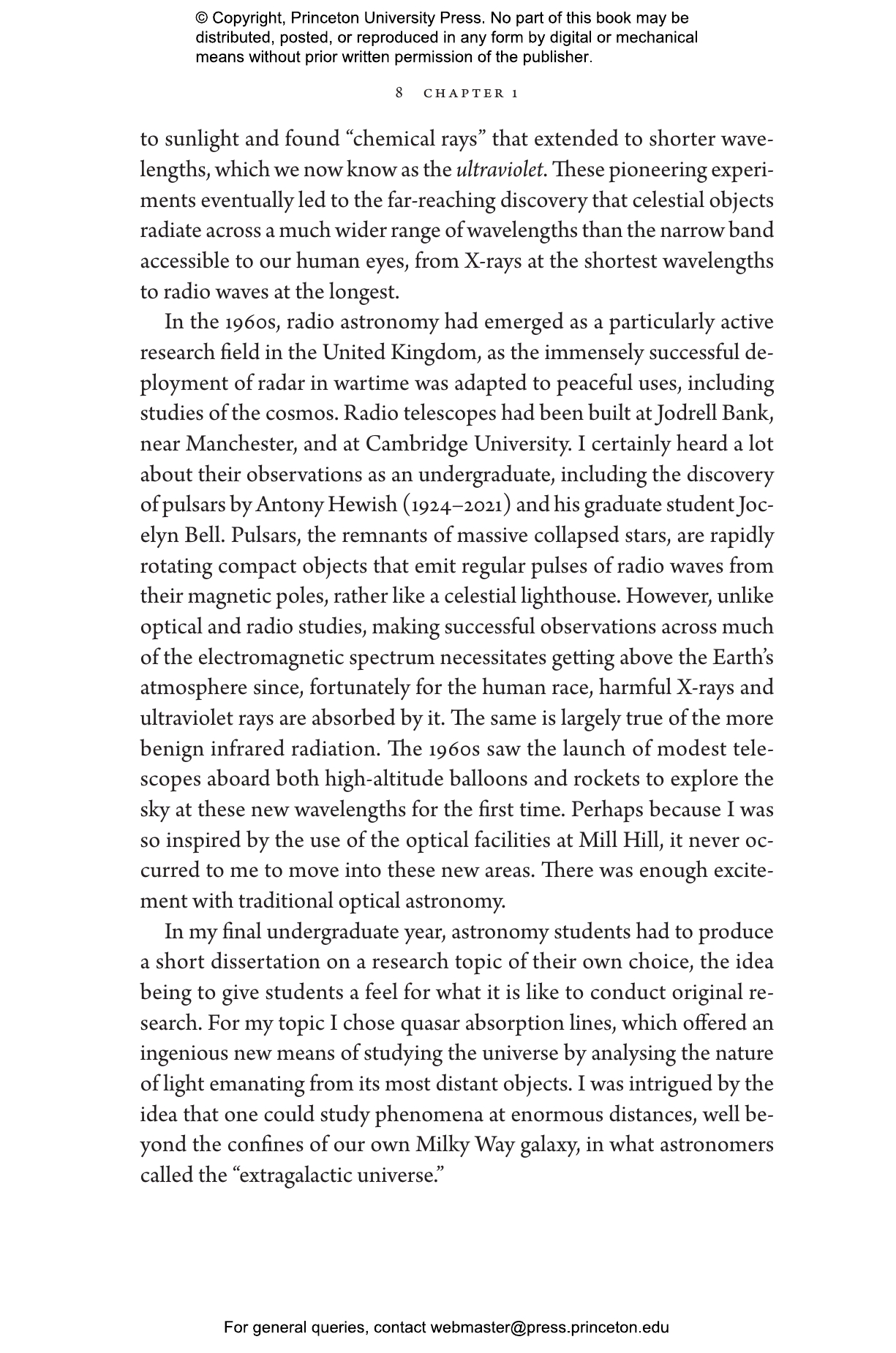 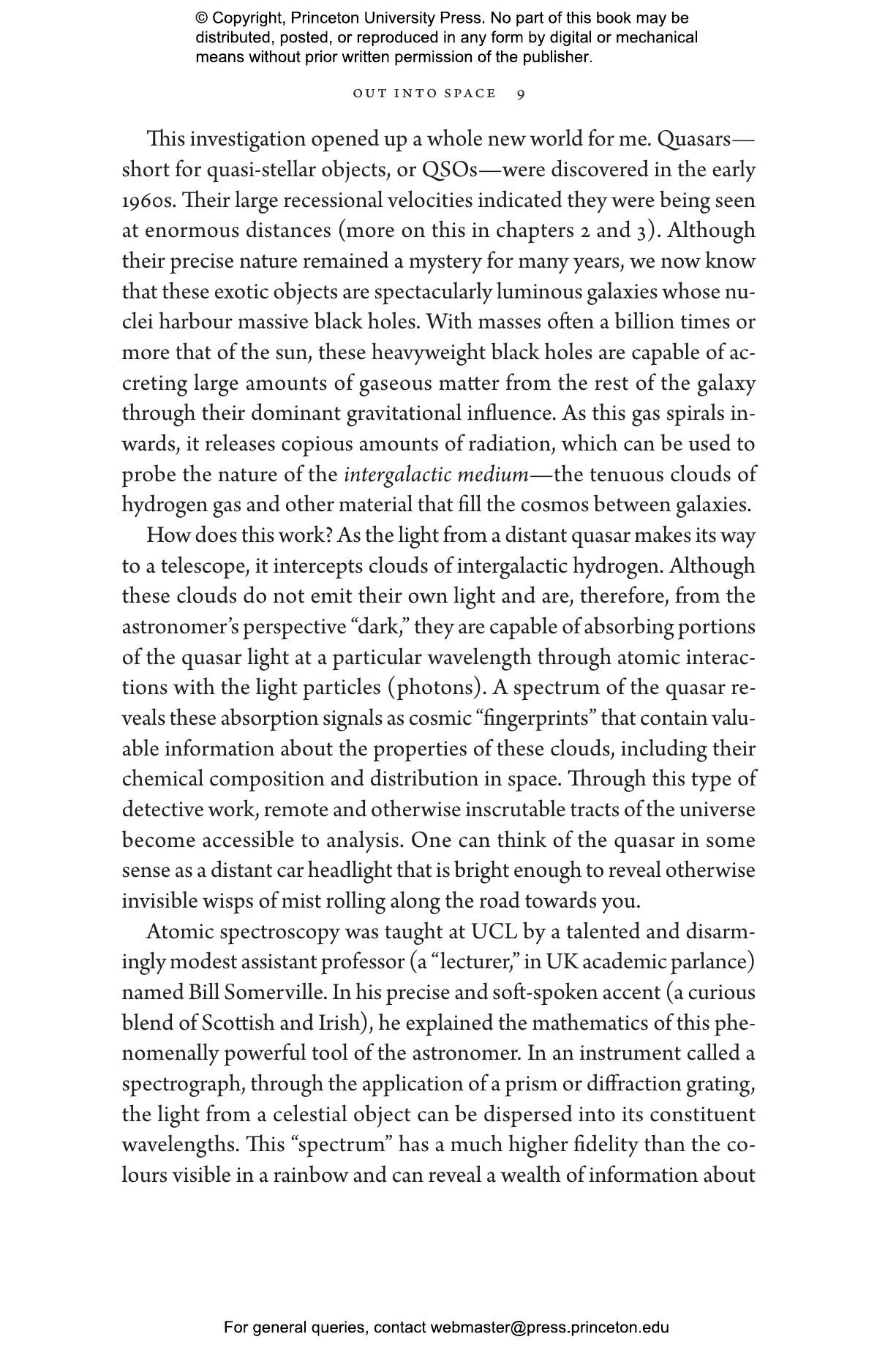 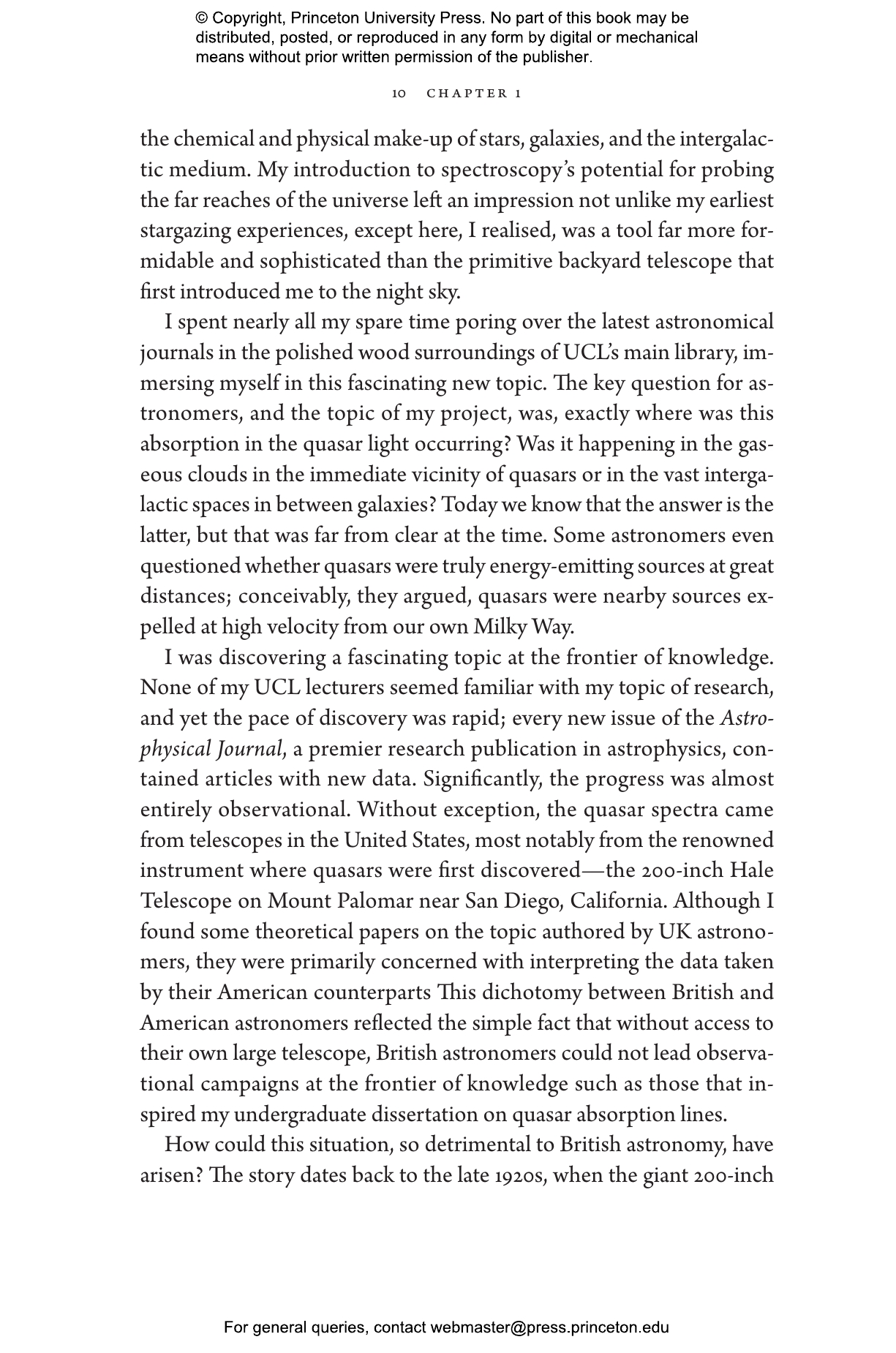 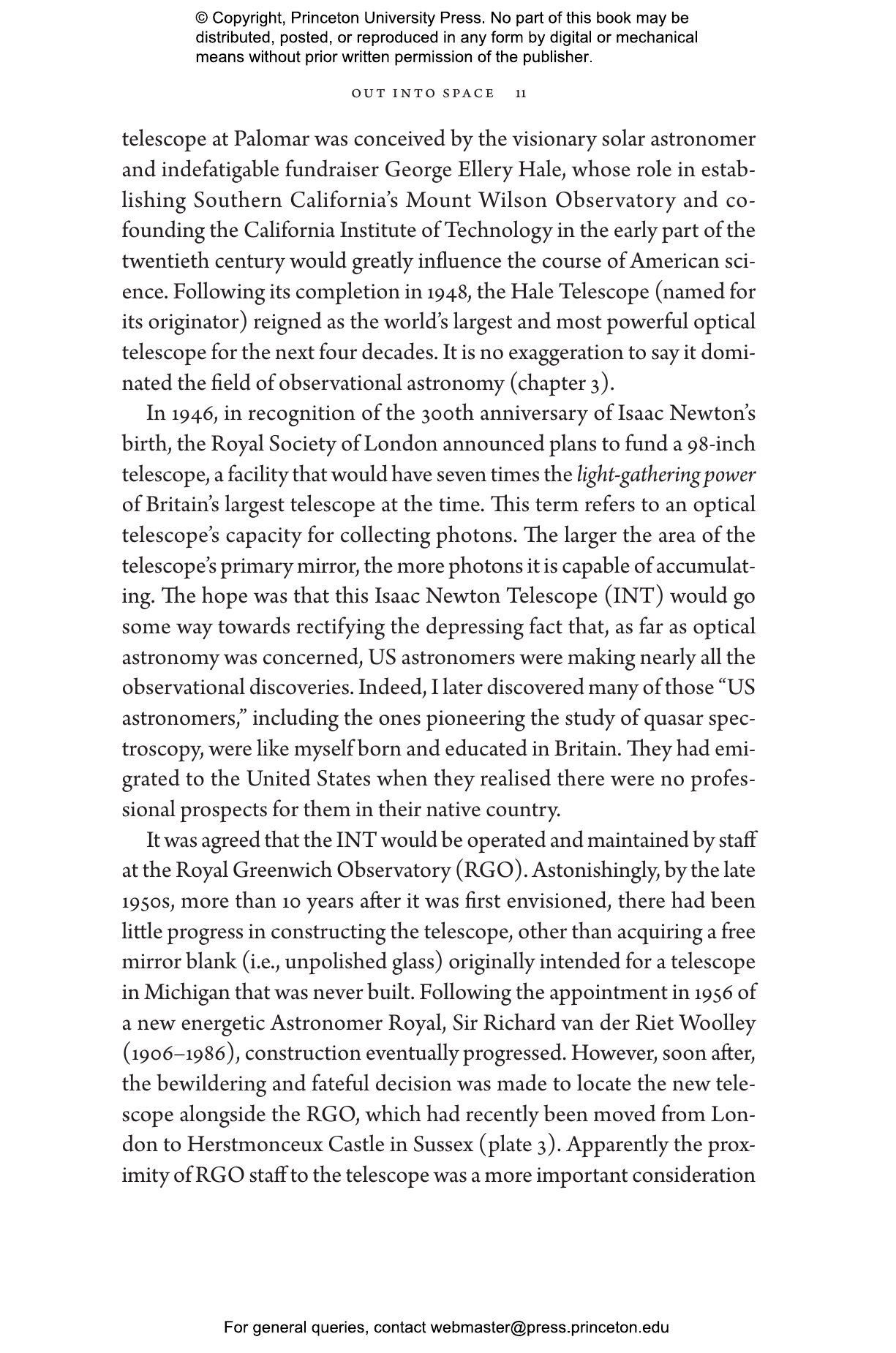 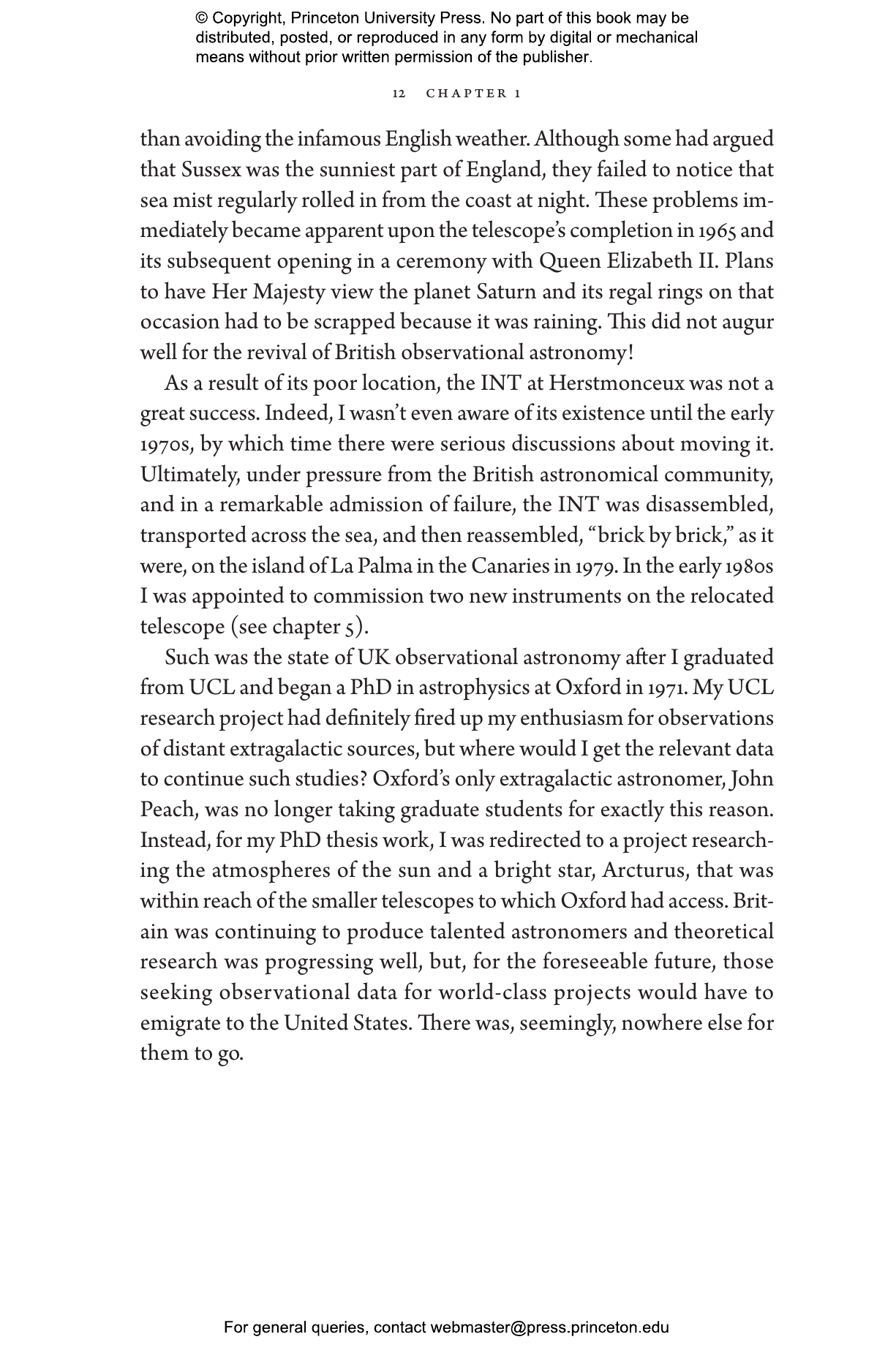 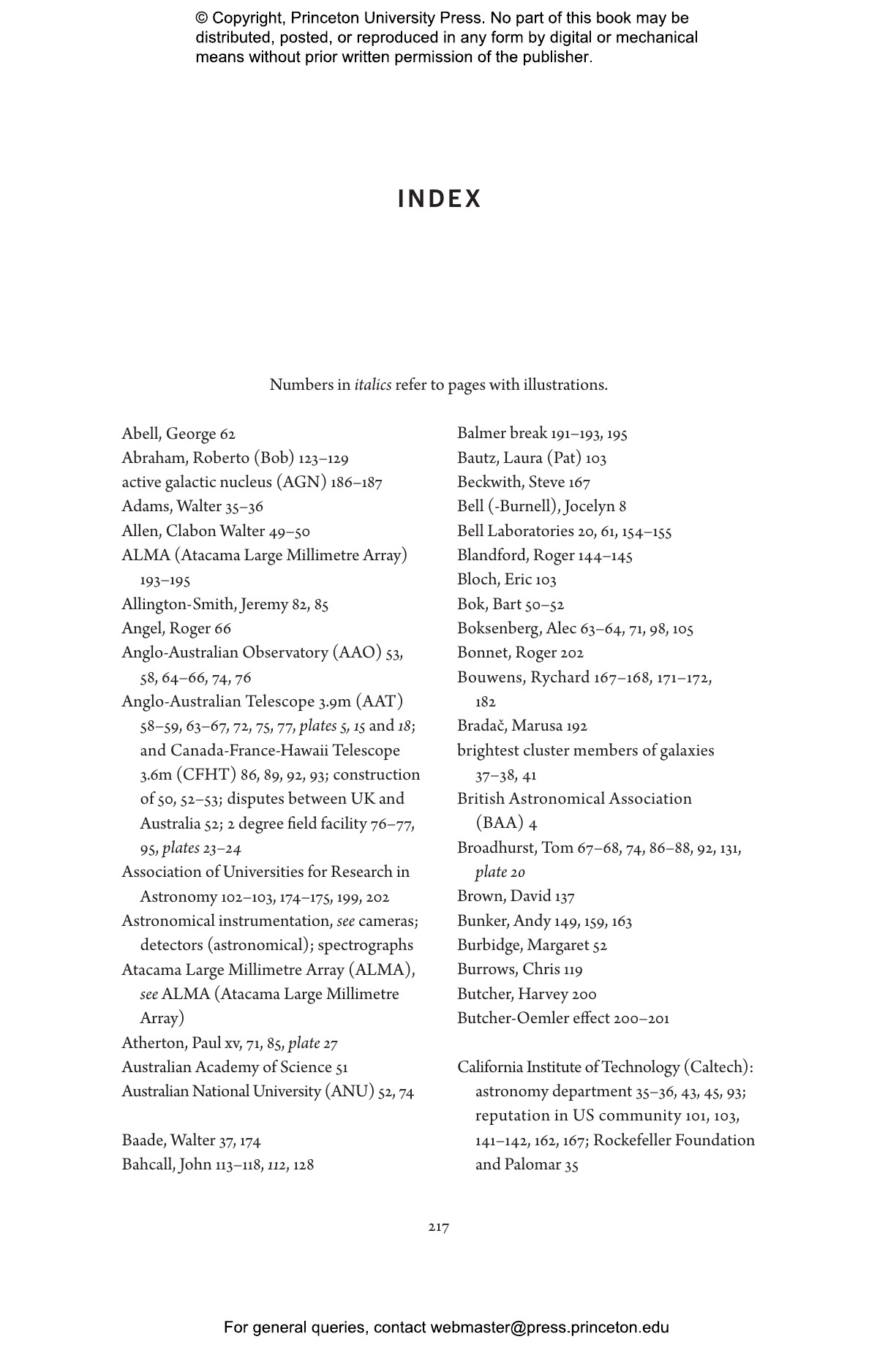 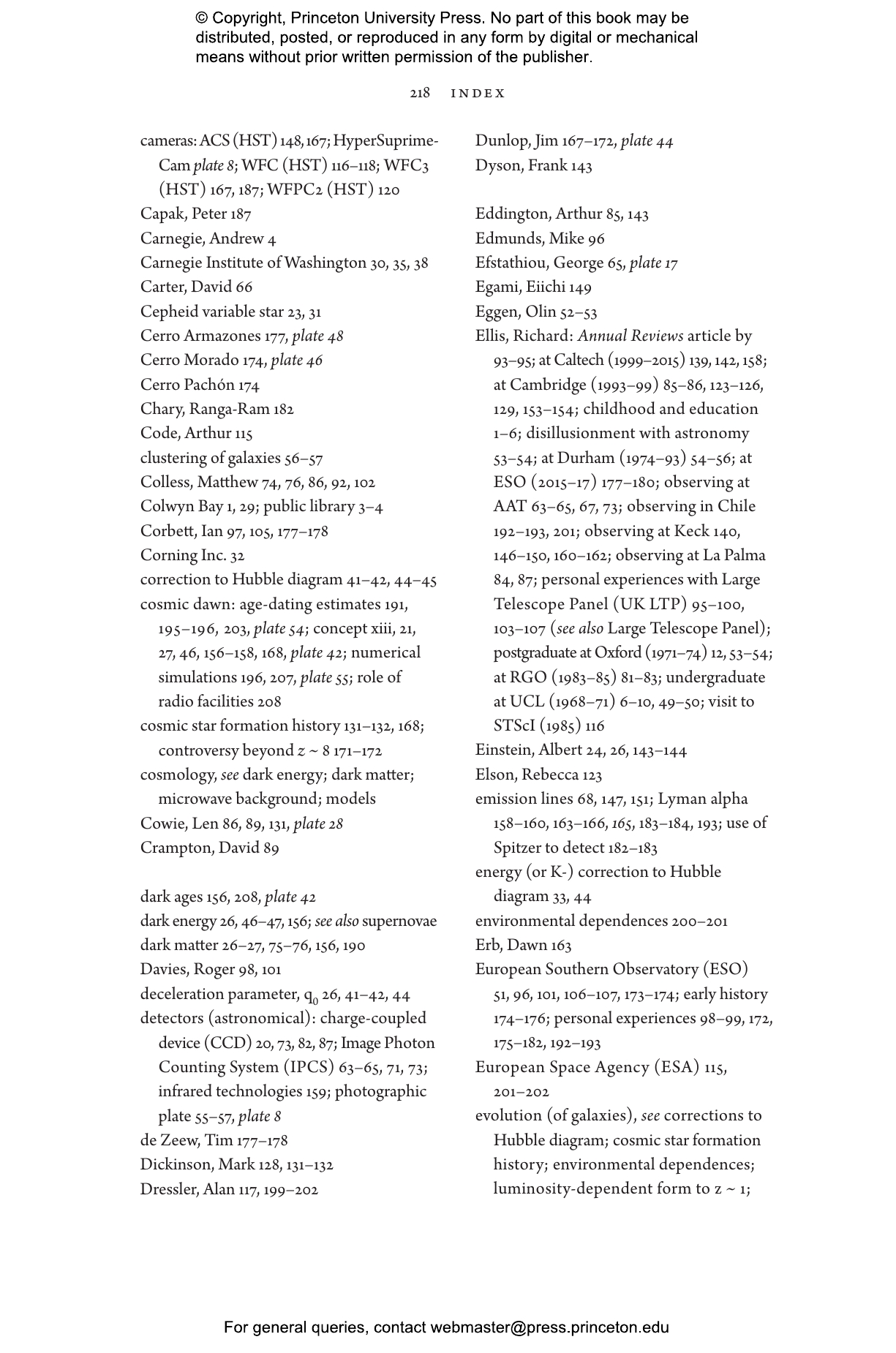 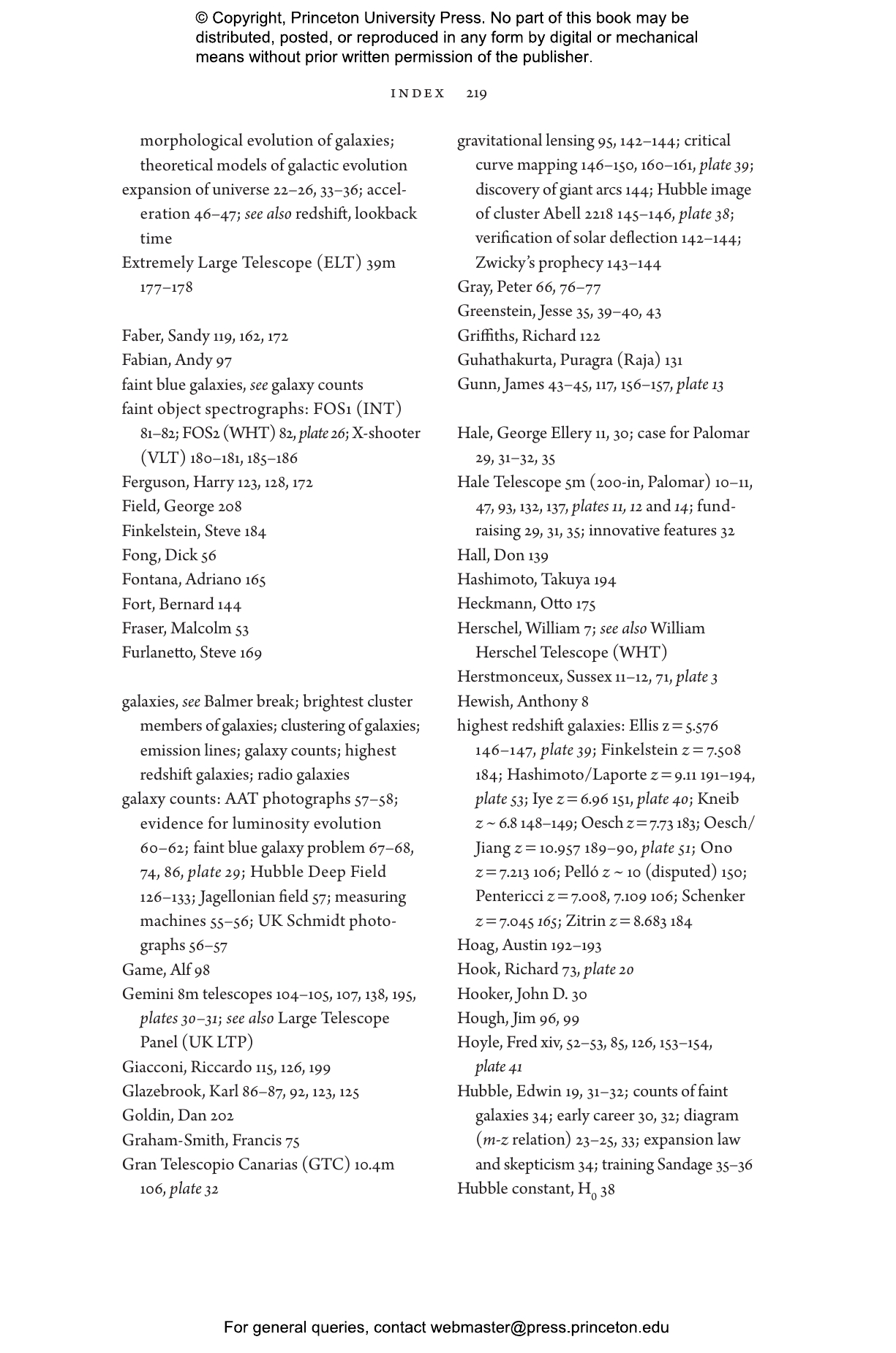 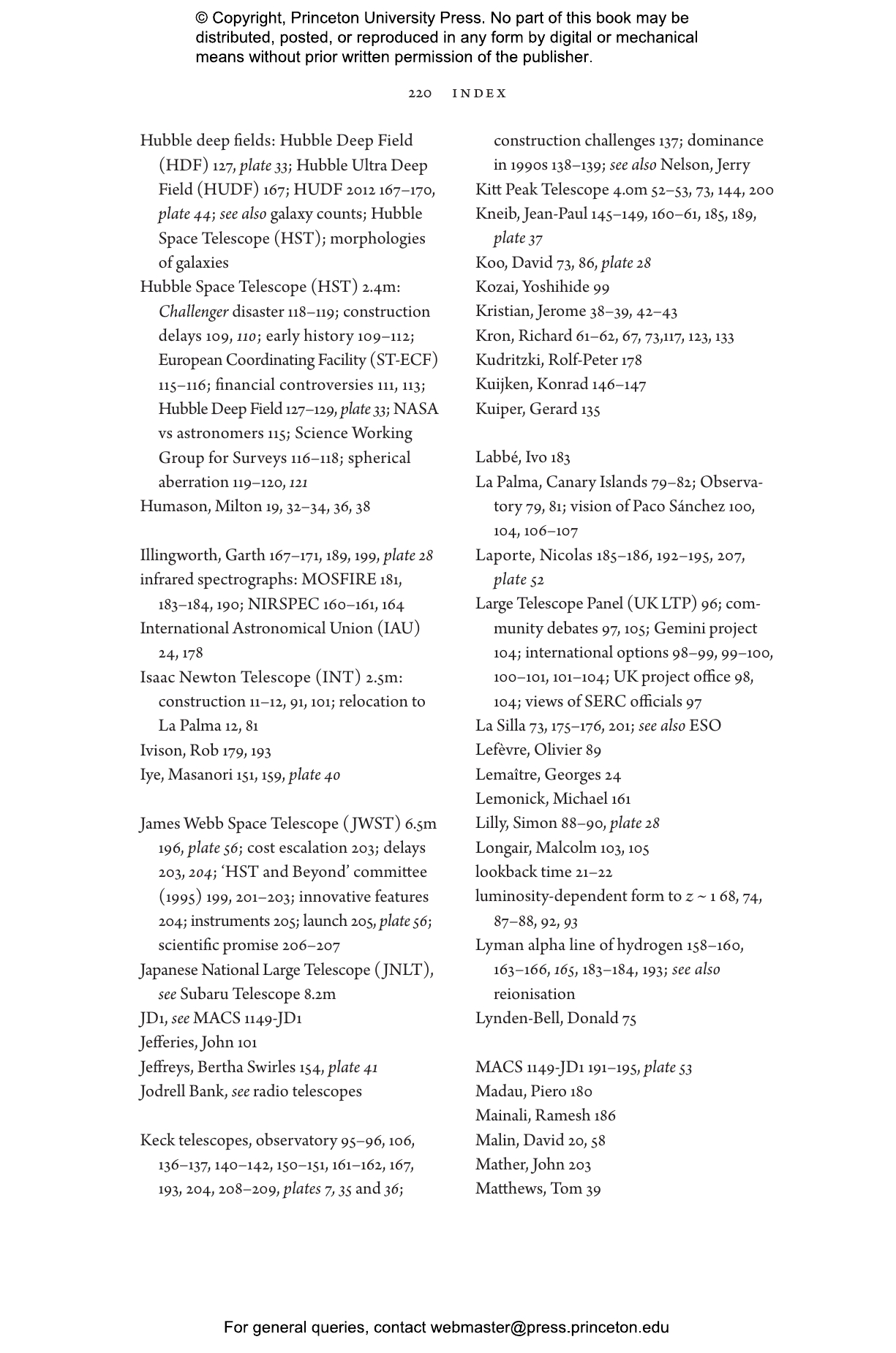 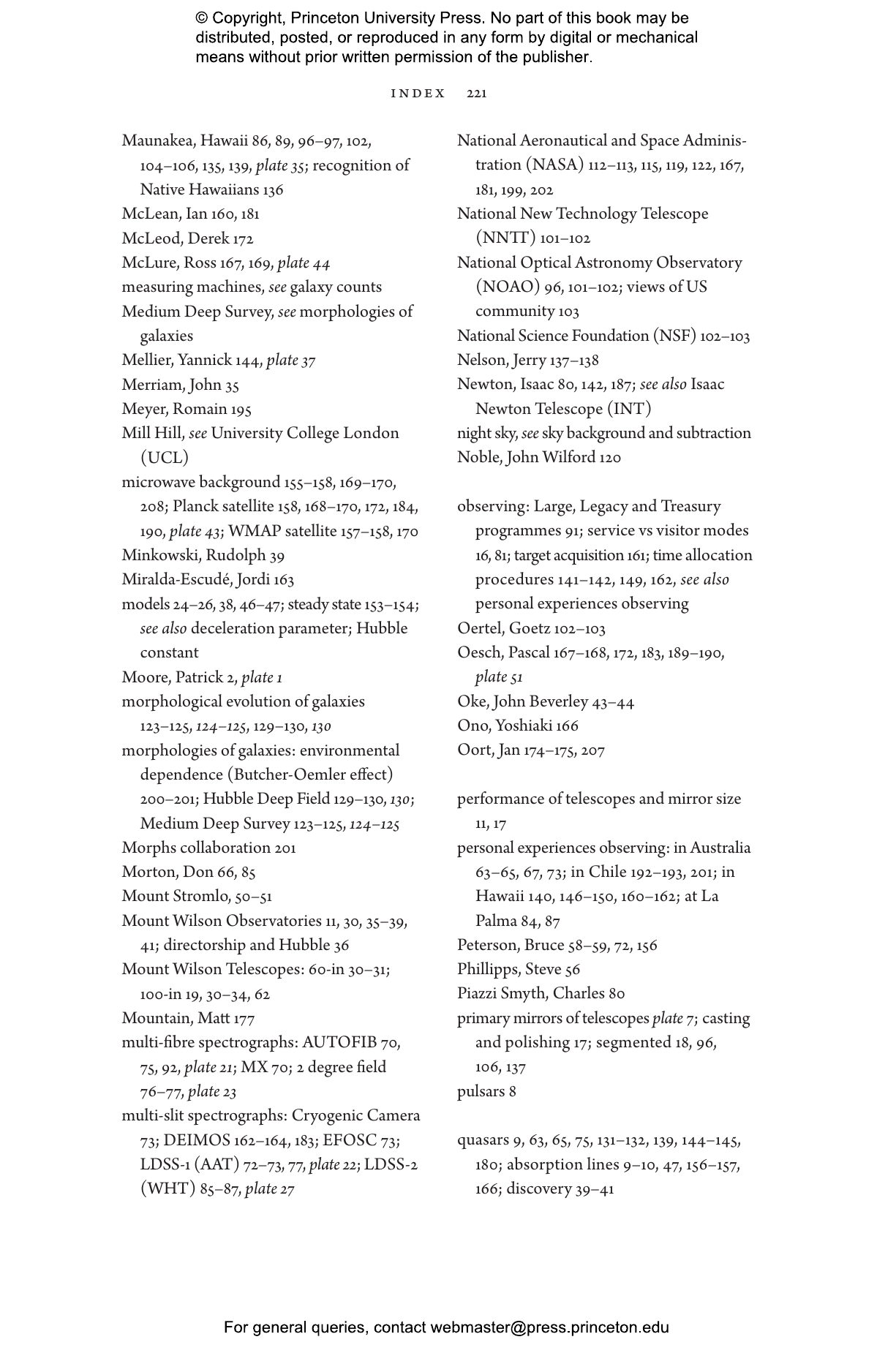 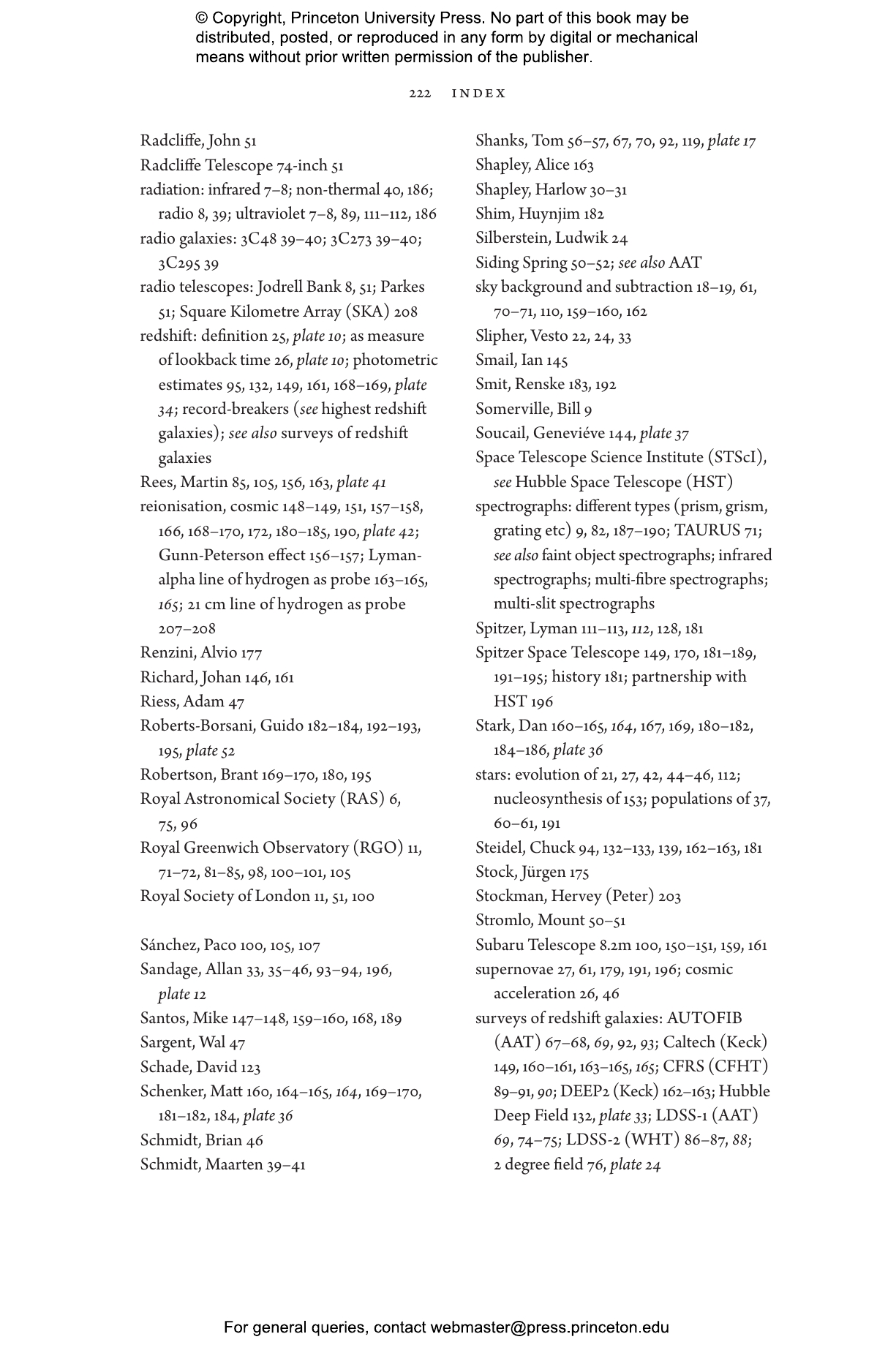 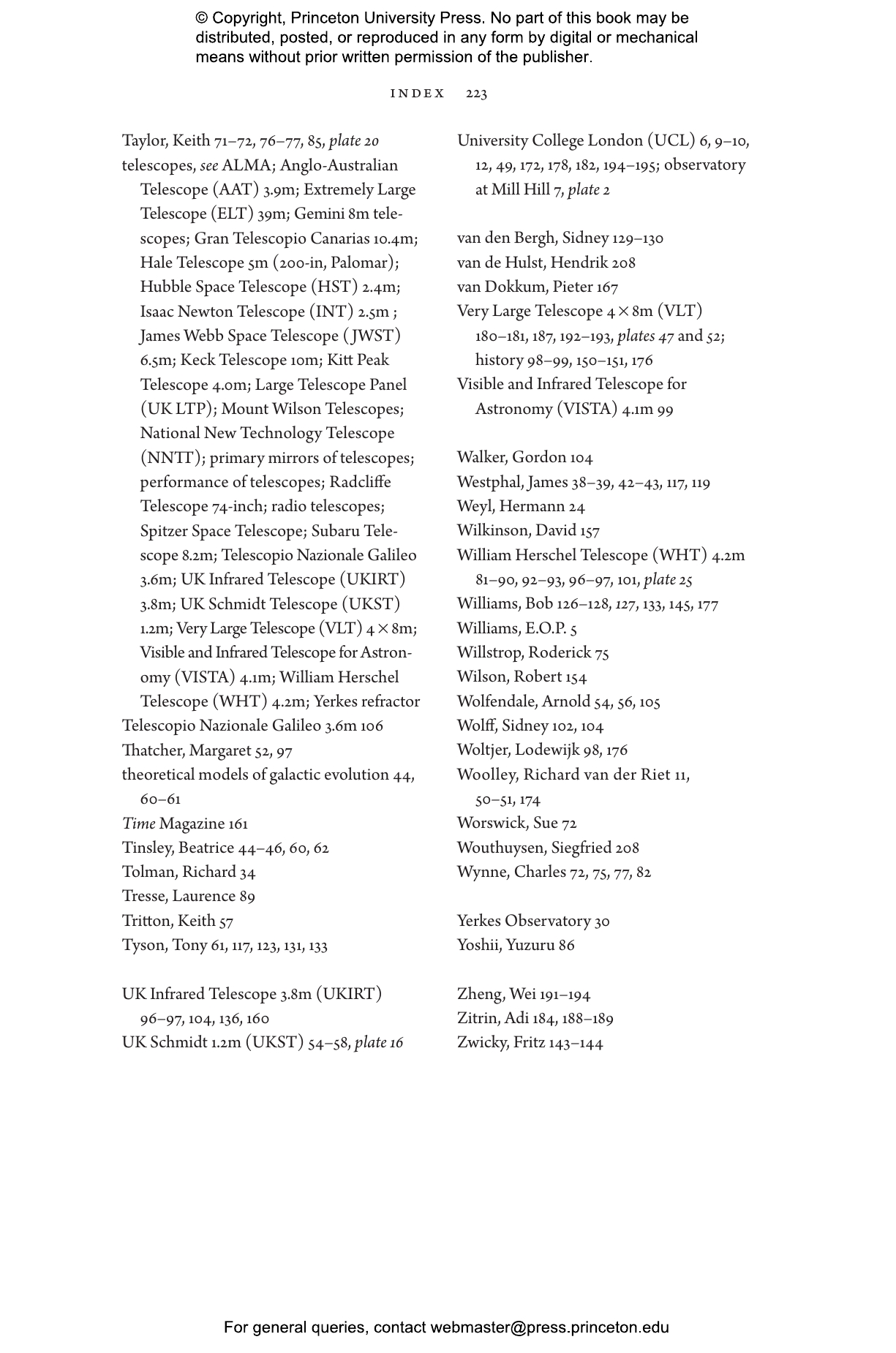 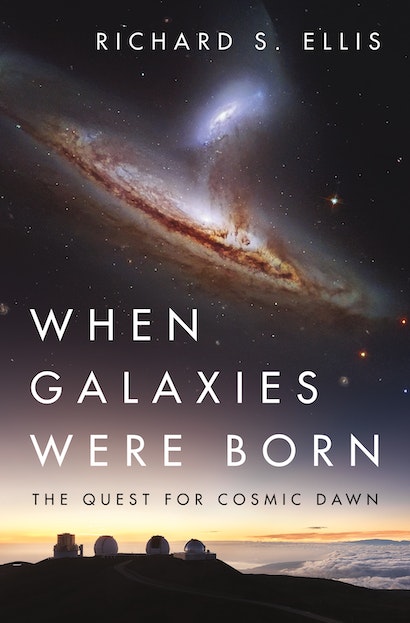 In a remarkable career spanning more than forty years, Ellis has made some of the most spectacular discoveries in modern cosmology. He has traveled the world to conduct observations in locales as beautiful and remote as the Australian outback, the Canary Islands, Hawaii, and the Chilean desert. In this book, he brings to life a golden age of astronomy, describing the triumphs and the technical setbacks, the rivalries with competing teams, and the perennial challenge of cloudy nights. Ellis reveals the astonishing progress we have made in building ever larger and more powerful telescopes, and provides a tantalizing glimpse of cosmic dawn.

Stunningly illustrated with a wealth of dramatic photos, When Galaxies Were Born is a bold scientific adventure enlivened by personal insights and anecdotes that enable readers to share in the thrill of discovery at the frontiers of astronomy.

Richard S. Ellis on When Galaxies Were Born 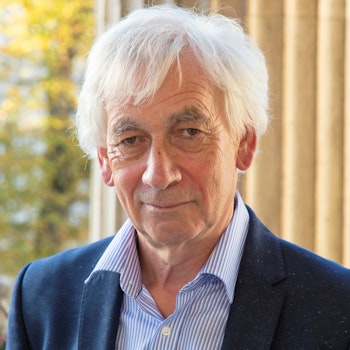 “Richard Ellis takes readers on a whirlwind tour of the deep questions of galaxy formation, providing an insider’s view of the complex astropolitical landscape giving rise to the essential tools of astronomy: telescopes, instruments, and human collaborations. As one of the leading extragalactic astronomers of his generation, Ellis is uniquely qualified to tell this gripping tale of our earliest cosmological origins while at the same time sharing his fierce love of observing on the world’s greatest telescopes.”—Alice Shapley, University of California, Los Angeles

“A riveting account of how the confluence of ideas and instruments have propelled remarkable astronomical breakthroughs and taken us to the very edge of the visible universe. This beautiful memoir is a must-read for anyone who is interested in the human side of science or has ever marveled at the night sky.”—Priyamvada Natarajan, author of Mapping the Heavens: The Radical Scientific Ideas That Reveal the Cosmos

“Ellis takes us on a whistle-stop tour through the revolutions that have produced new insights in astronomy. This personal account reveals the challenges of developing and implementing the innovative technologies that powered a transformation in our understanding of how galaxies are built and along the way gives us an insight into the rivalries that can drive creativity.”—Roger Davies, director of the Oxford Hintze Centre for Astrophysical Surveys

“As a world-renowned astronomer who has witnessed firsthand many of the events described here, Ellis does a remarkable job of capturing the excitement and personalities behind the breakthroughs in observational cosmology over the past forty years. He also provides what I believe to be the best account of the life of a professional astronomer. I was unable to put the book down.”—Joss Bland-Hawthorn, University of Sydney

“A revolution has occurred in astronomy over the past half century, and Richard Ellis, driven by his insatiable scientific curiosity, is one of its most articulate leaders. This book gives you a ringside seat to the changing landscape of telescopes, instruments, and personalities that have transformed our view of the cosmos.”—Matt Mountain, president of the Association of Universities for Research in Astronomy

“This vibrant book gives the reader a captivating historical perspective on the study of galaxy evolution, describing the role of large telescopes in shaping our understanding of cosmic dawn, the era in which the first galaxies formed. Bringing the story to life, Ellis weaves in personal and behind-the-scenes accounts, sharing the realities and sheer joy of doing frontier science.”—Katherine E. Whitaker, University of Massachusetts, Amherst

“An engaging, entertaining, and highly personal journey into the far depths of space and time. Written by a recognized expert in the study of galaxy evolution who has used the largest telescopes throughout the world, this is a true insider’s story of the exciting but competitive world of cutting-edge astronomy.”—Alex Filippenko, coauthor of The Cosmos: Astronomy in the New Millennium

“Ellis gracefully tells the story of our astonishing progress in the development of powerful telescopes while also recounting his career as an internationally renowned observational cosmologist. The book is brimming with personal anecdotes, which show that the amazing discoveries in the quest for the dawn of galaxies all rest on individuals and their constructive collaboration.”—Xavier Barcons, director general of the European Southern Observatory

“This is a truly unique book. Remarkable for its broad scope and fine historical detail, When Galaxies Were Born provides an uncommonly frank assessment of the science behind our collective search for cosmic dawn. It would be hard to find a better exposition of this extraordinary story.”—Robert Williams, director emeritus, Space Telescope Science Institute

“Ellis shares an accessible and personal history of the study of galaxy evolution and the observational search for galaxies at the epoch of cosmic dawn.”—Caryl Gronwall, Pennsylvania State University