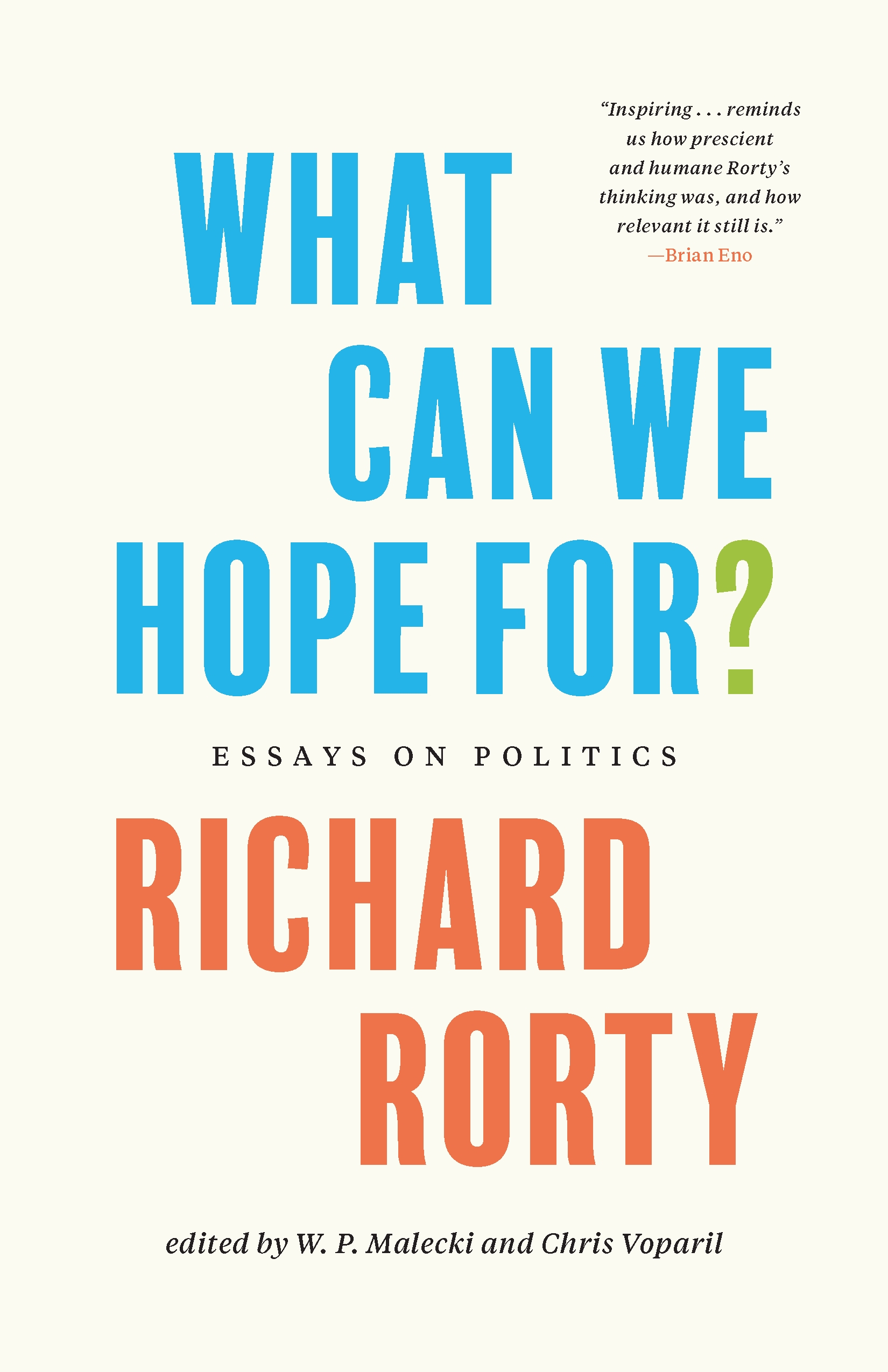 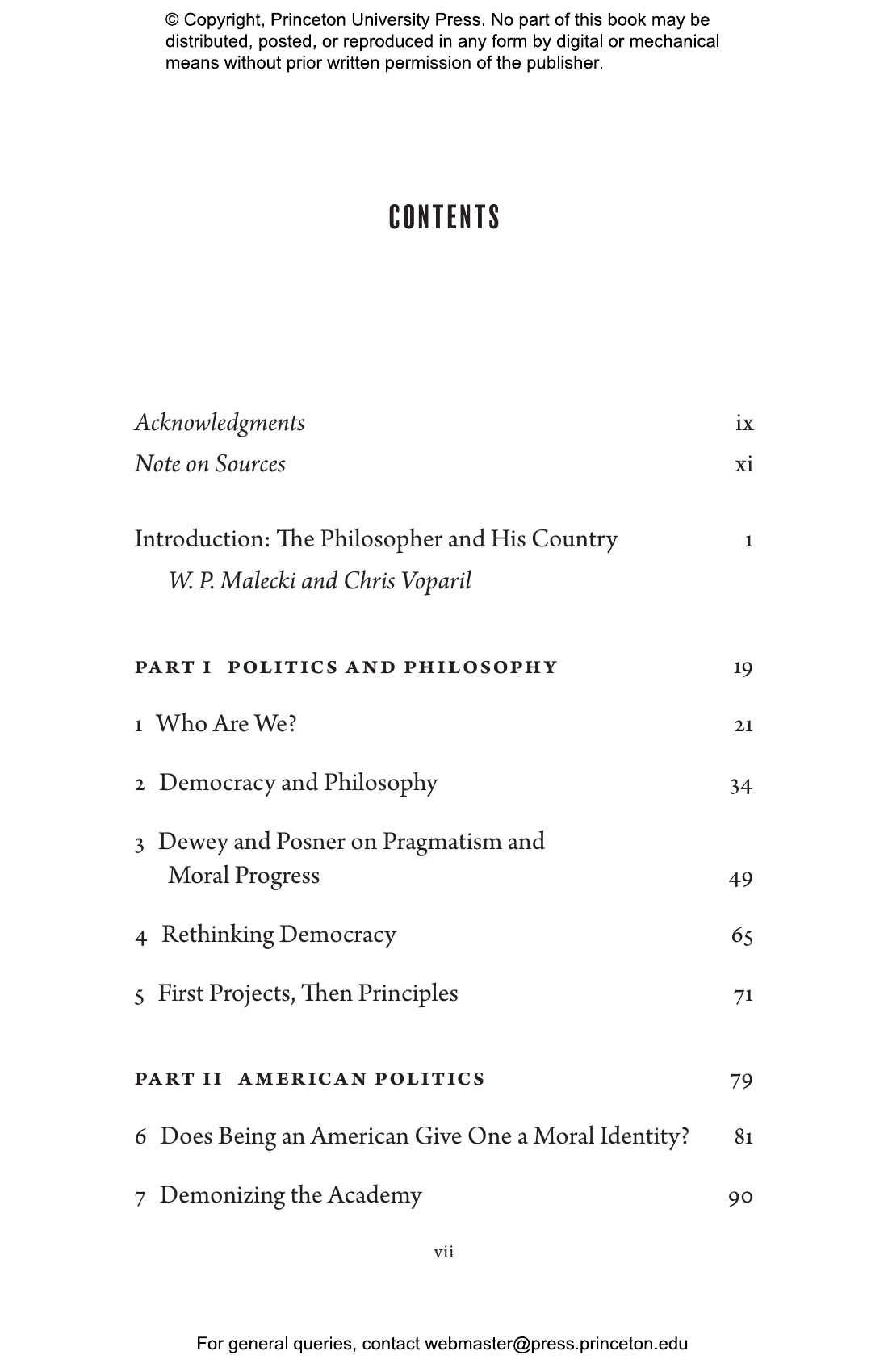 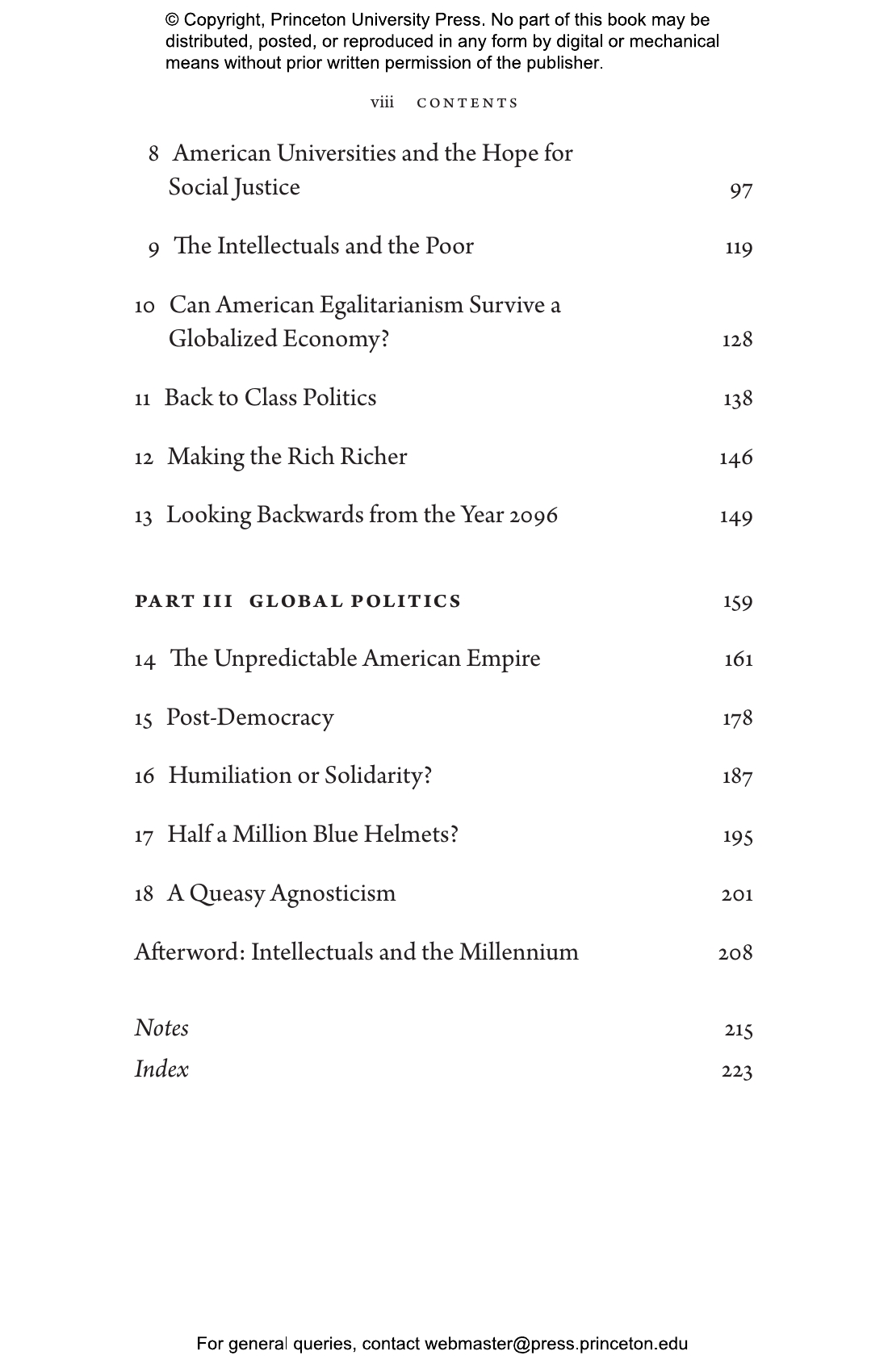 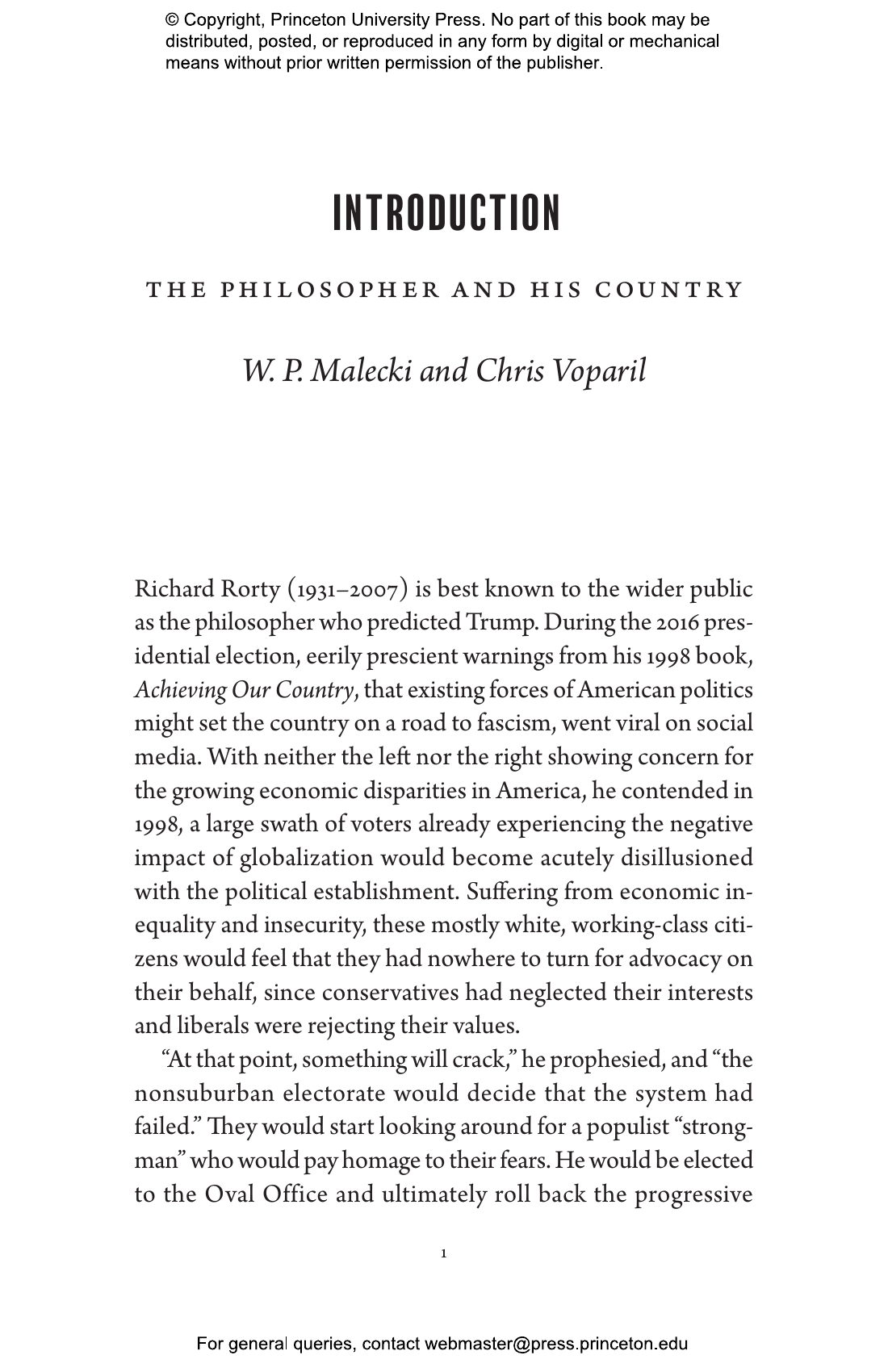 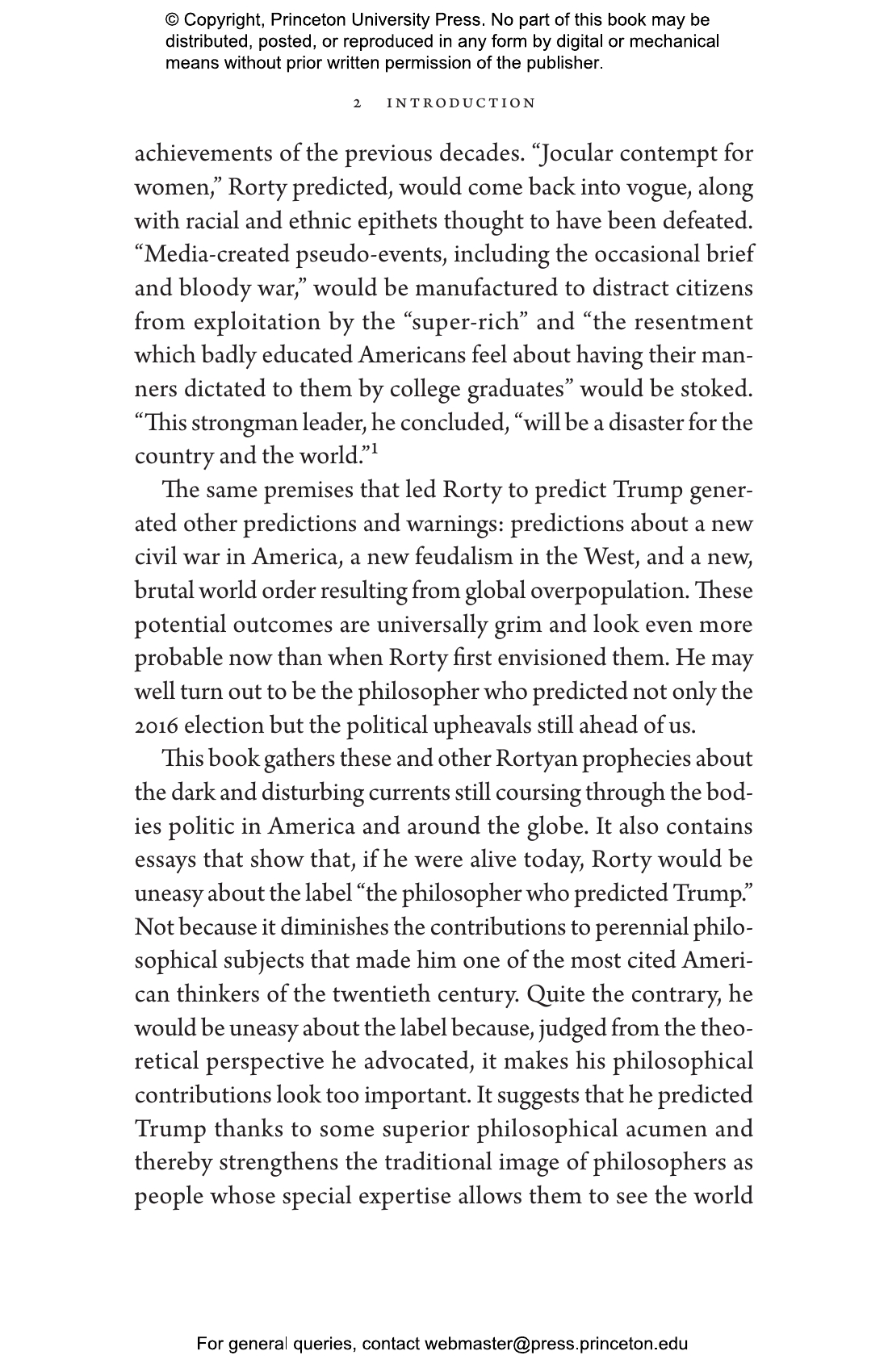 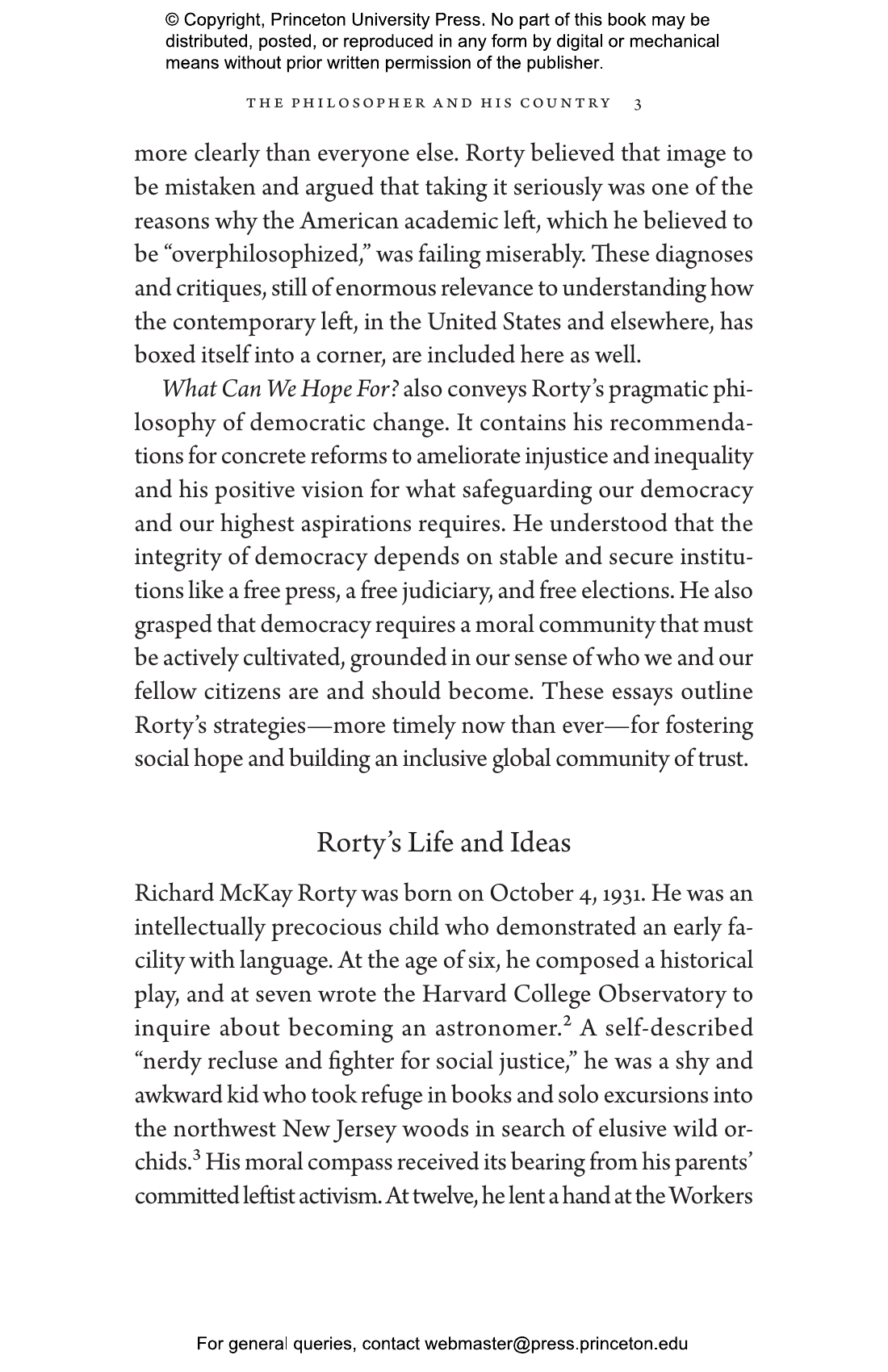 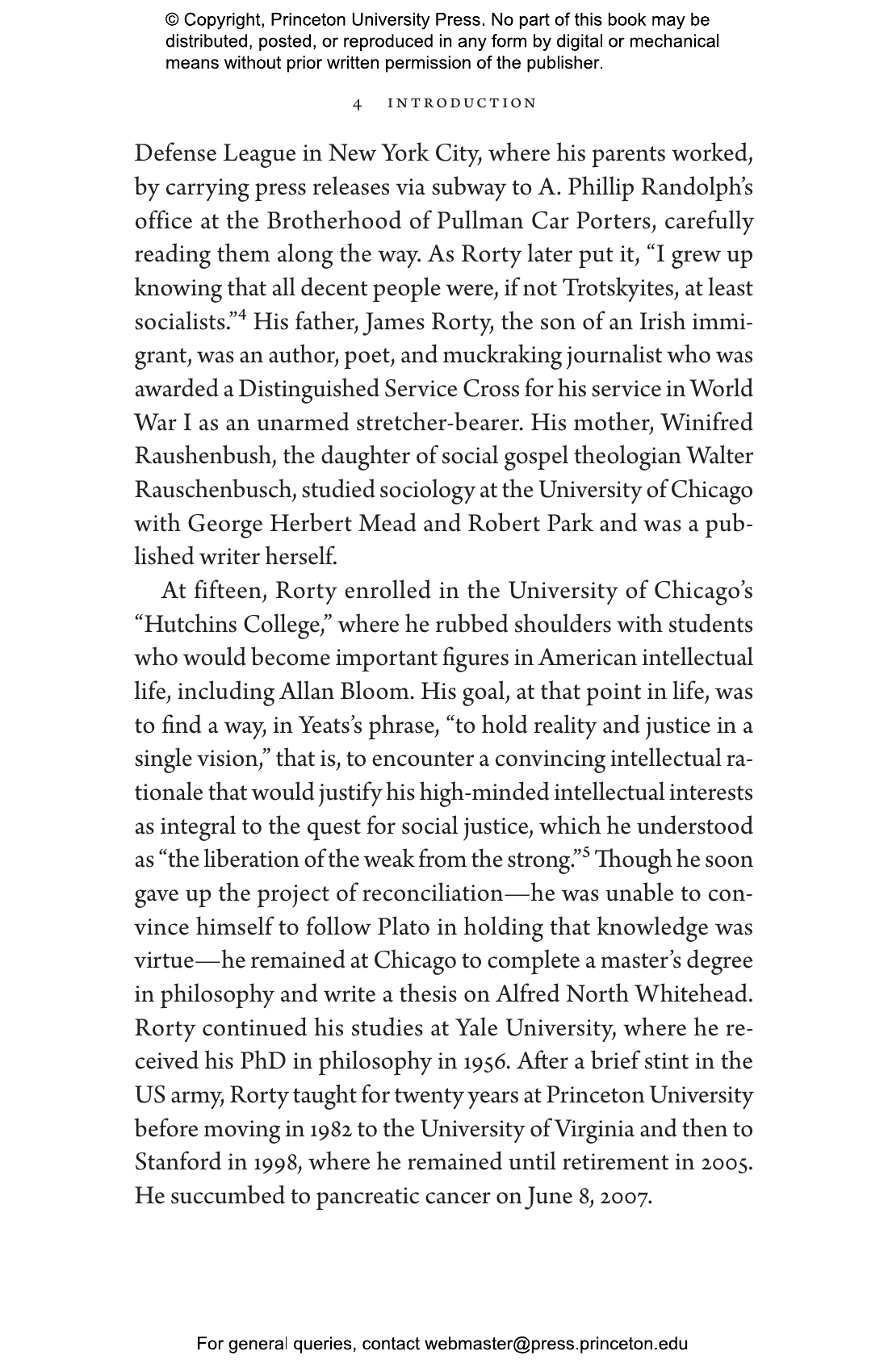 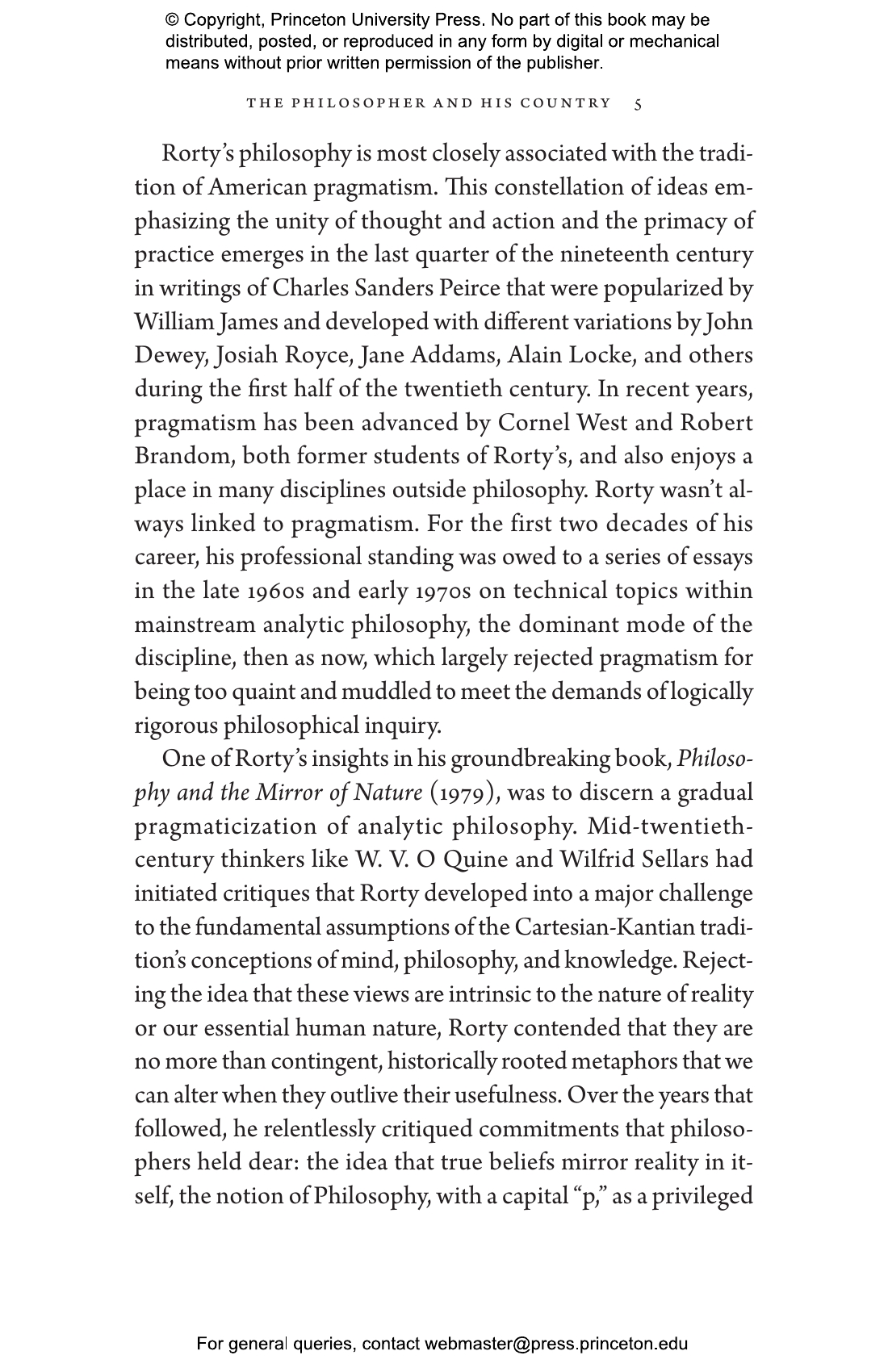 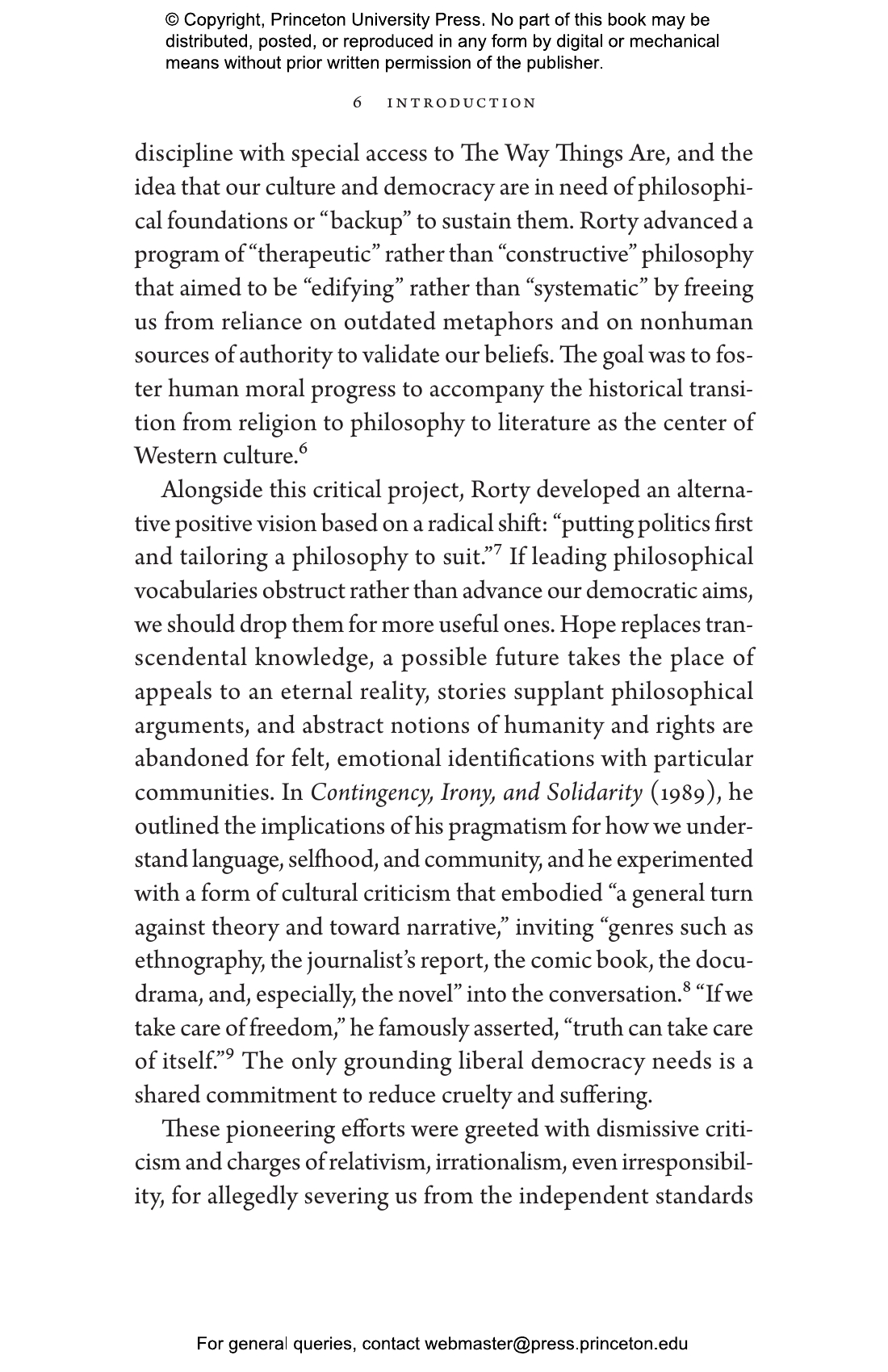 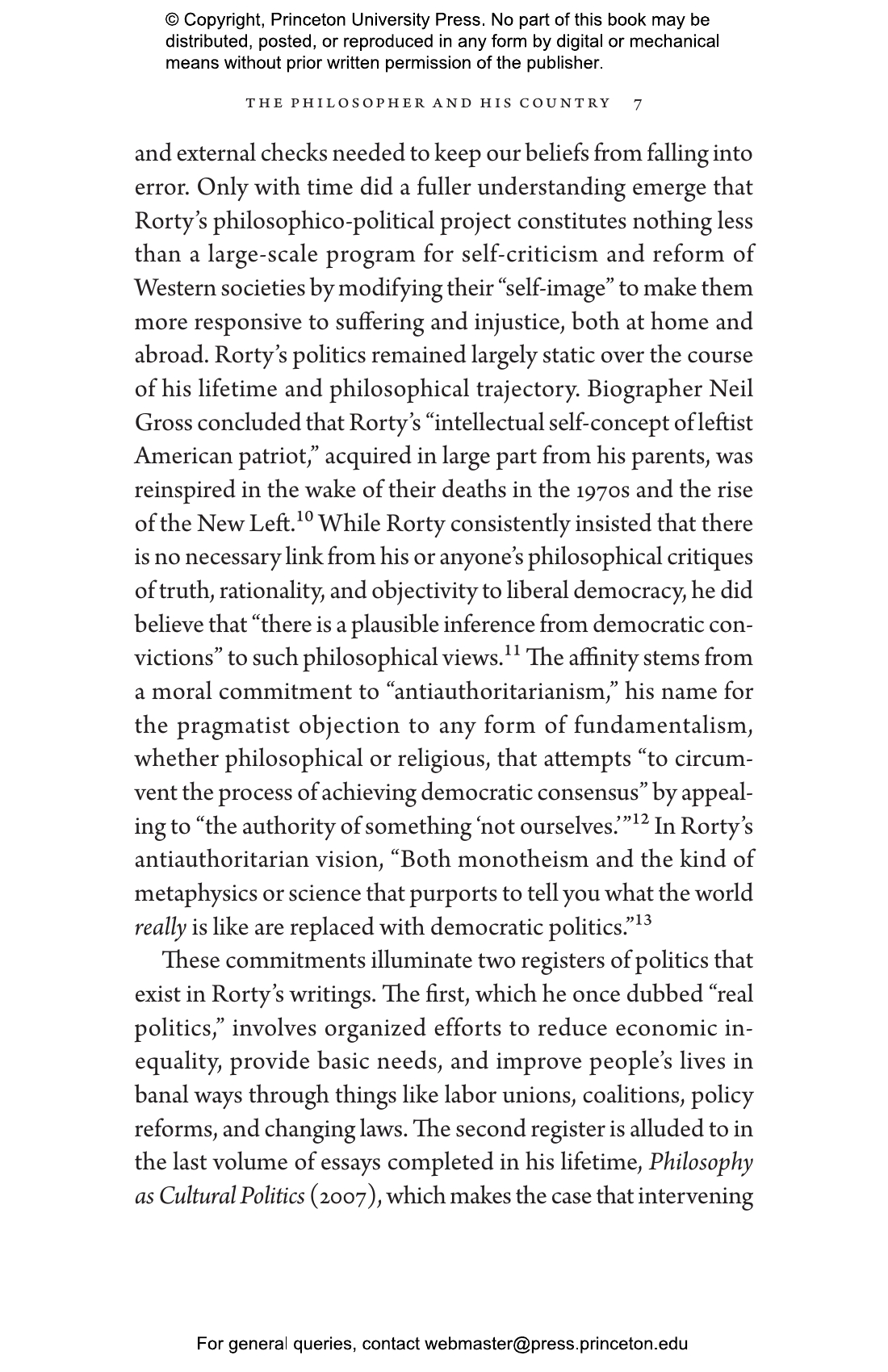 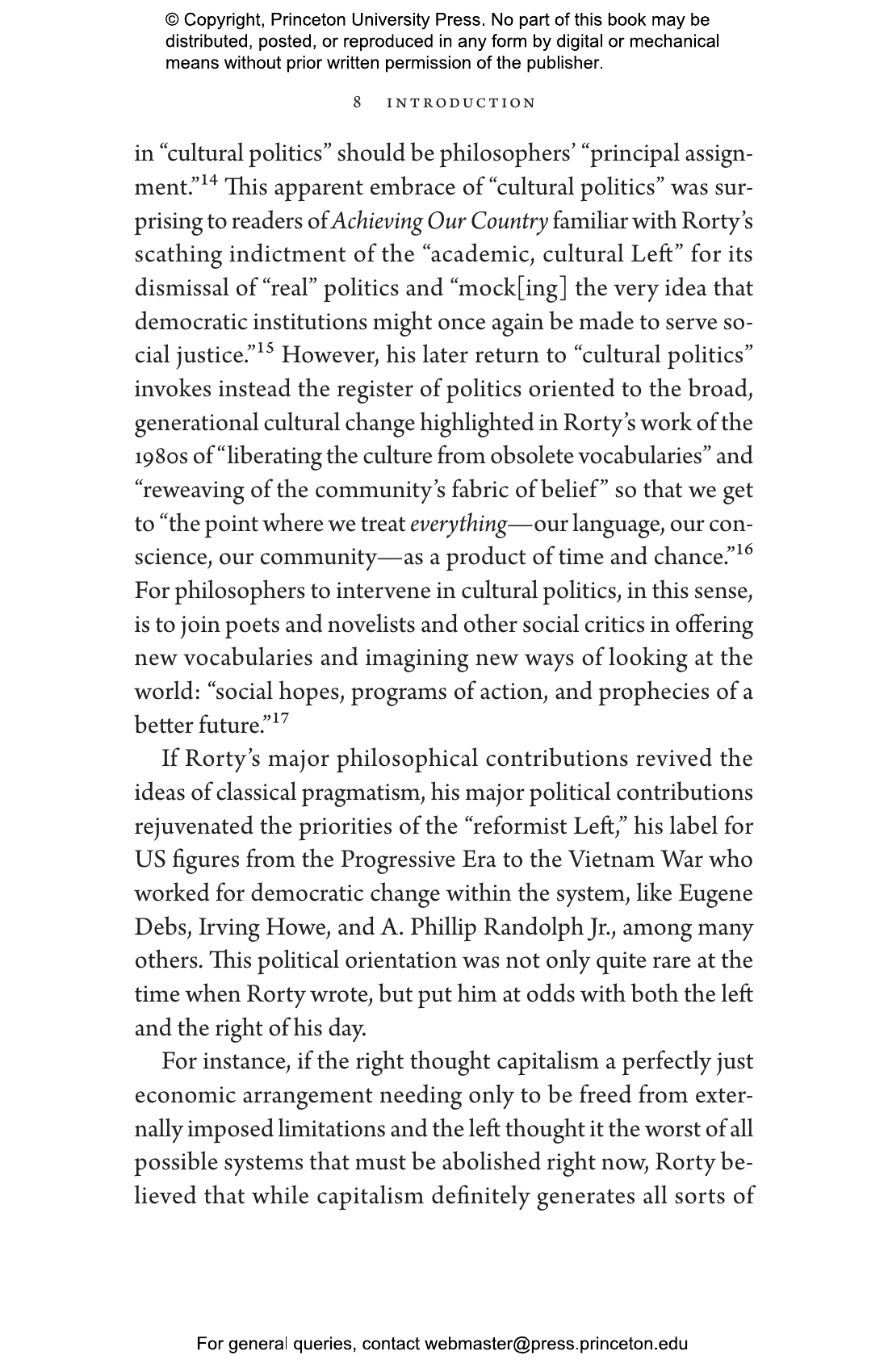 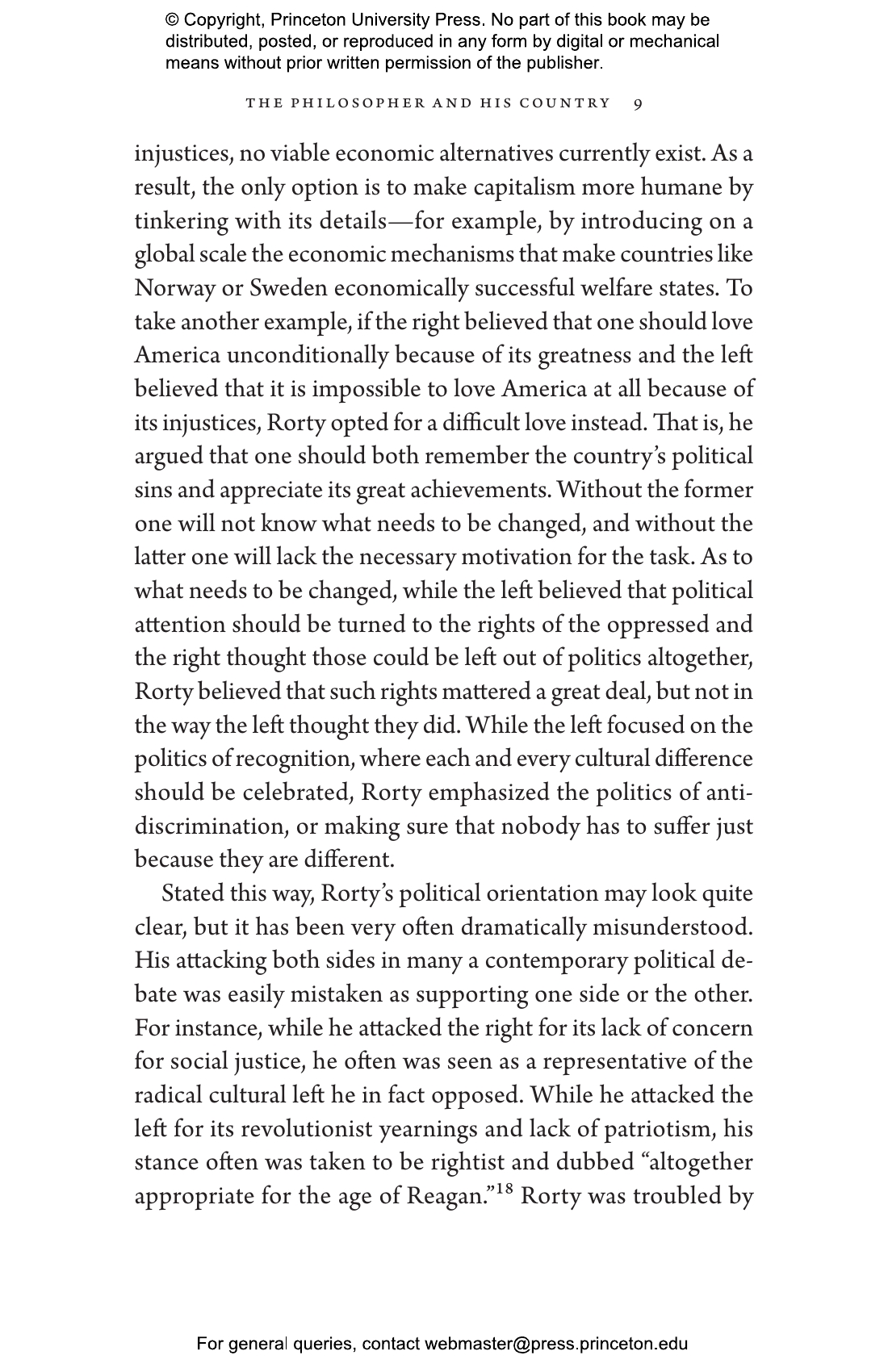 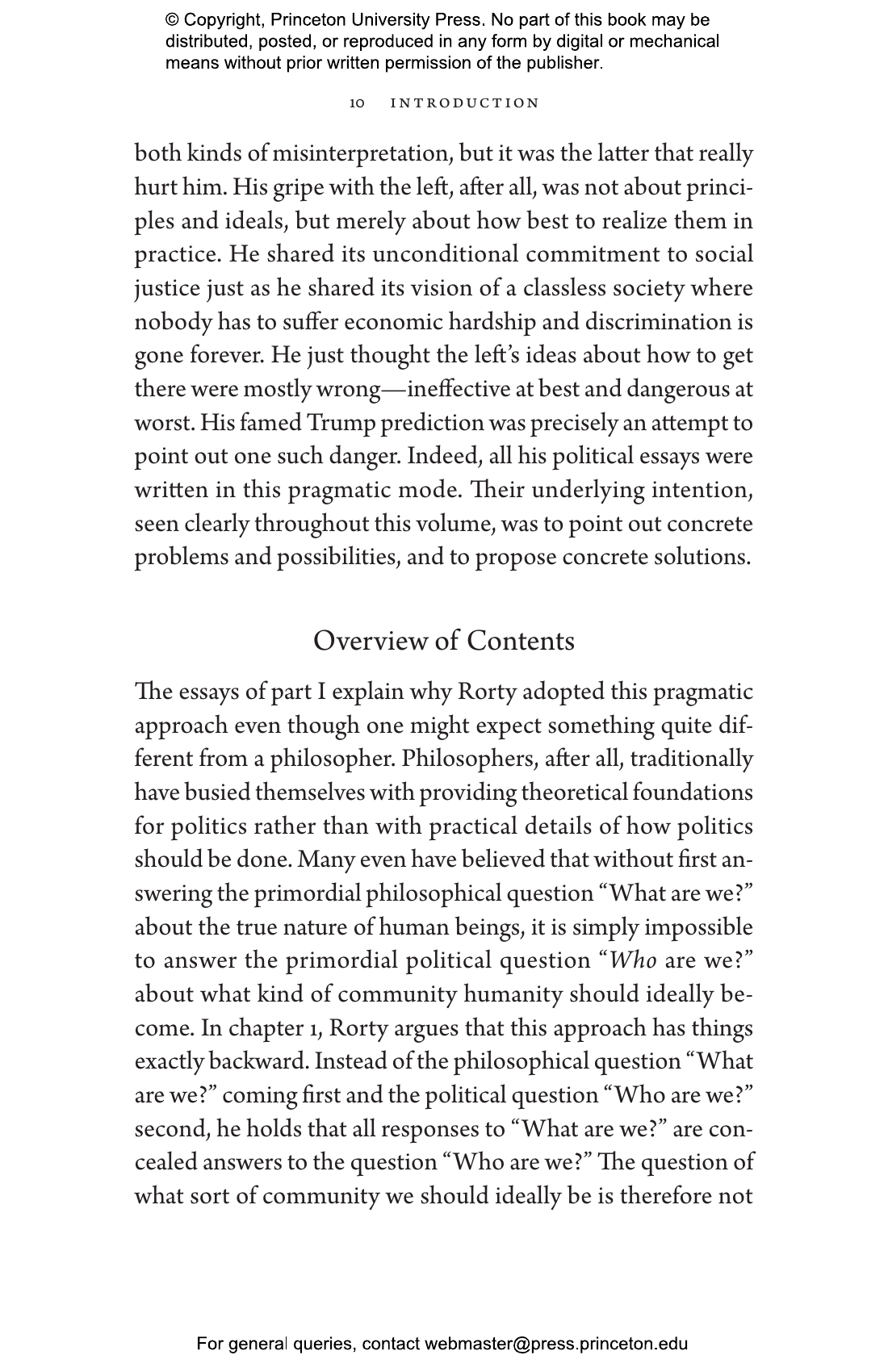 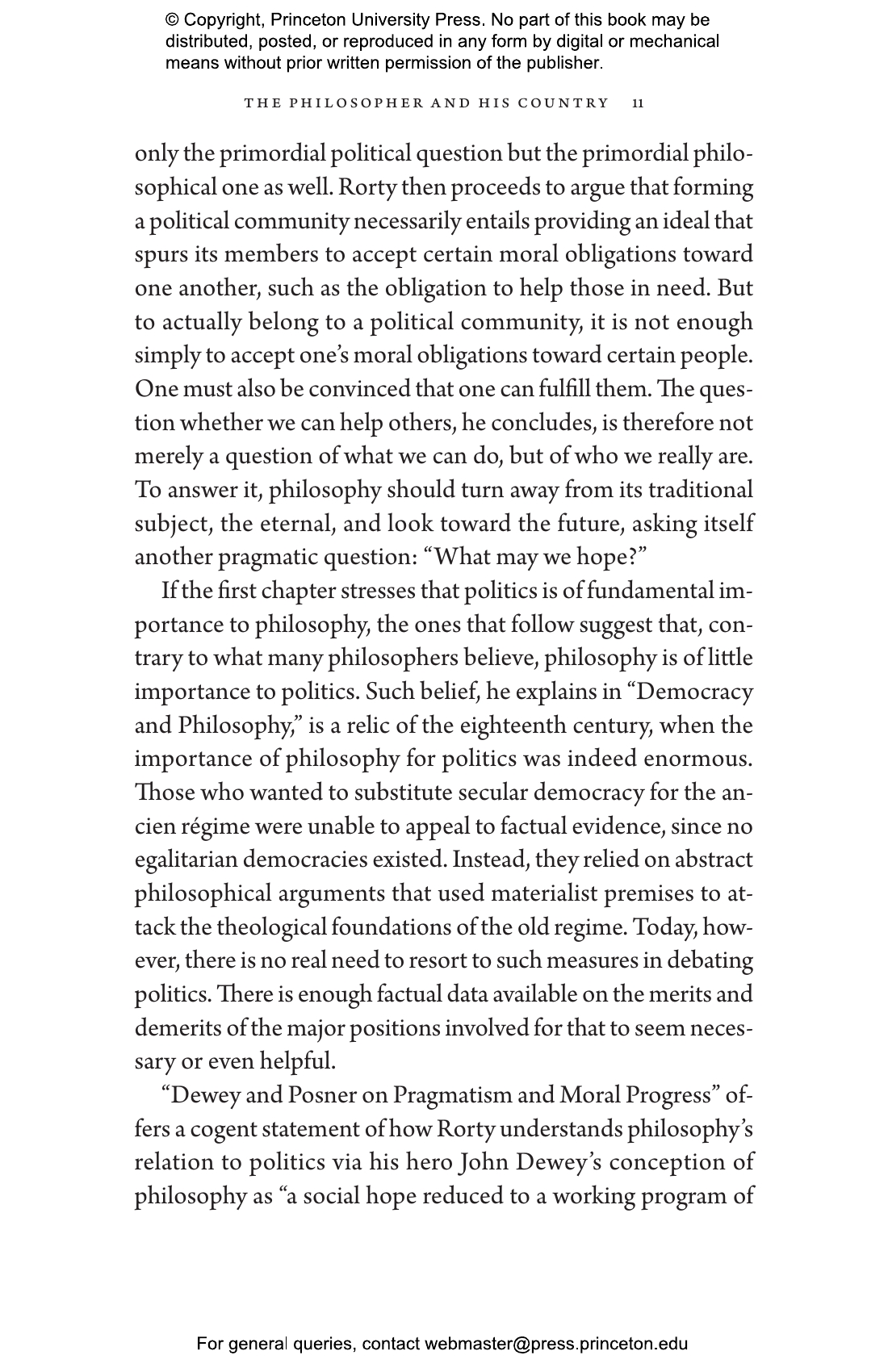 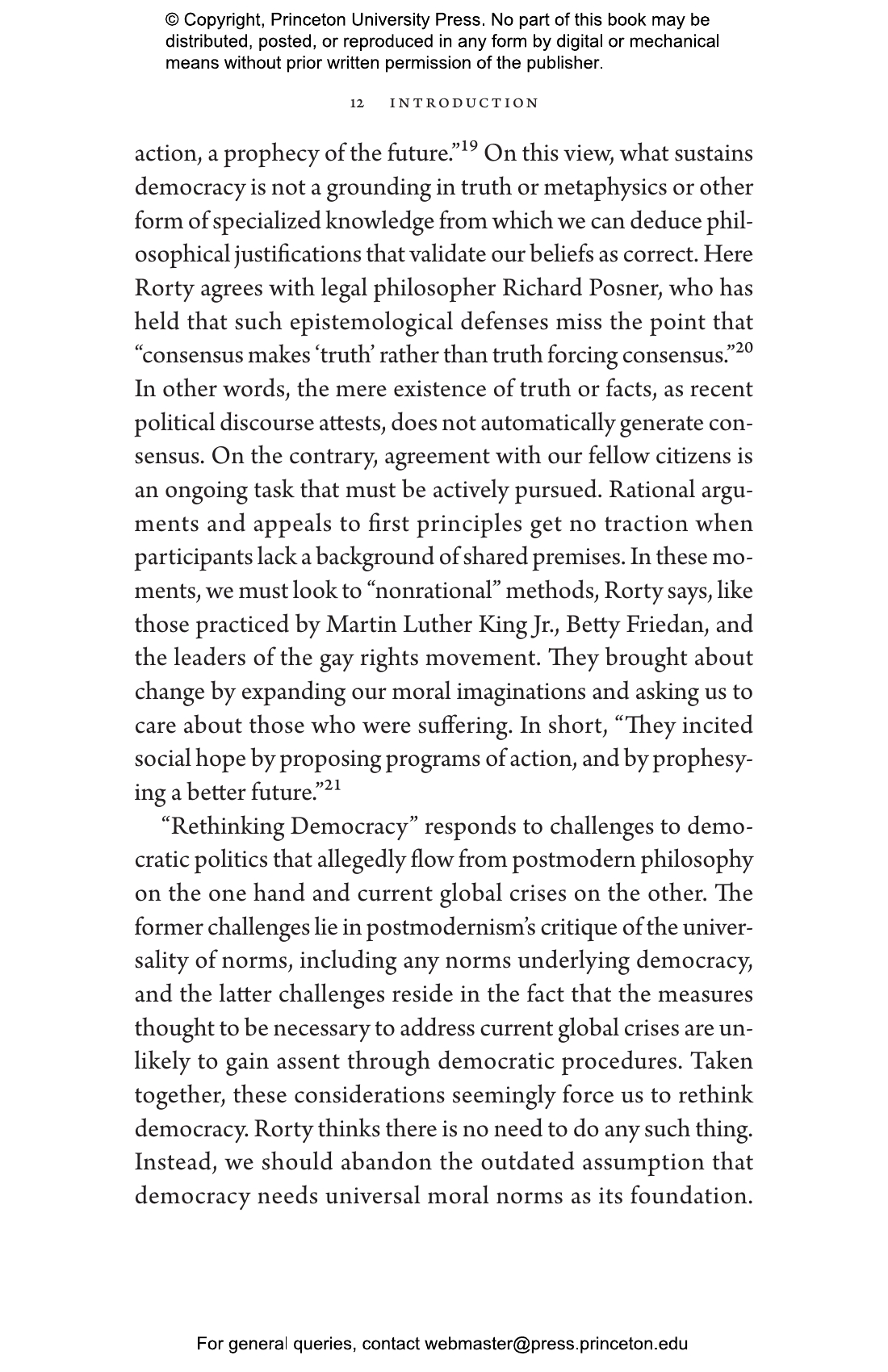 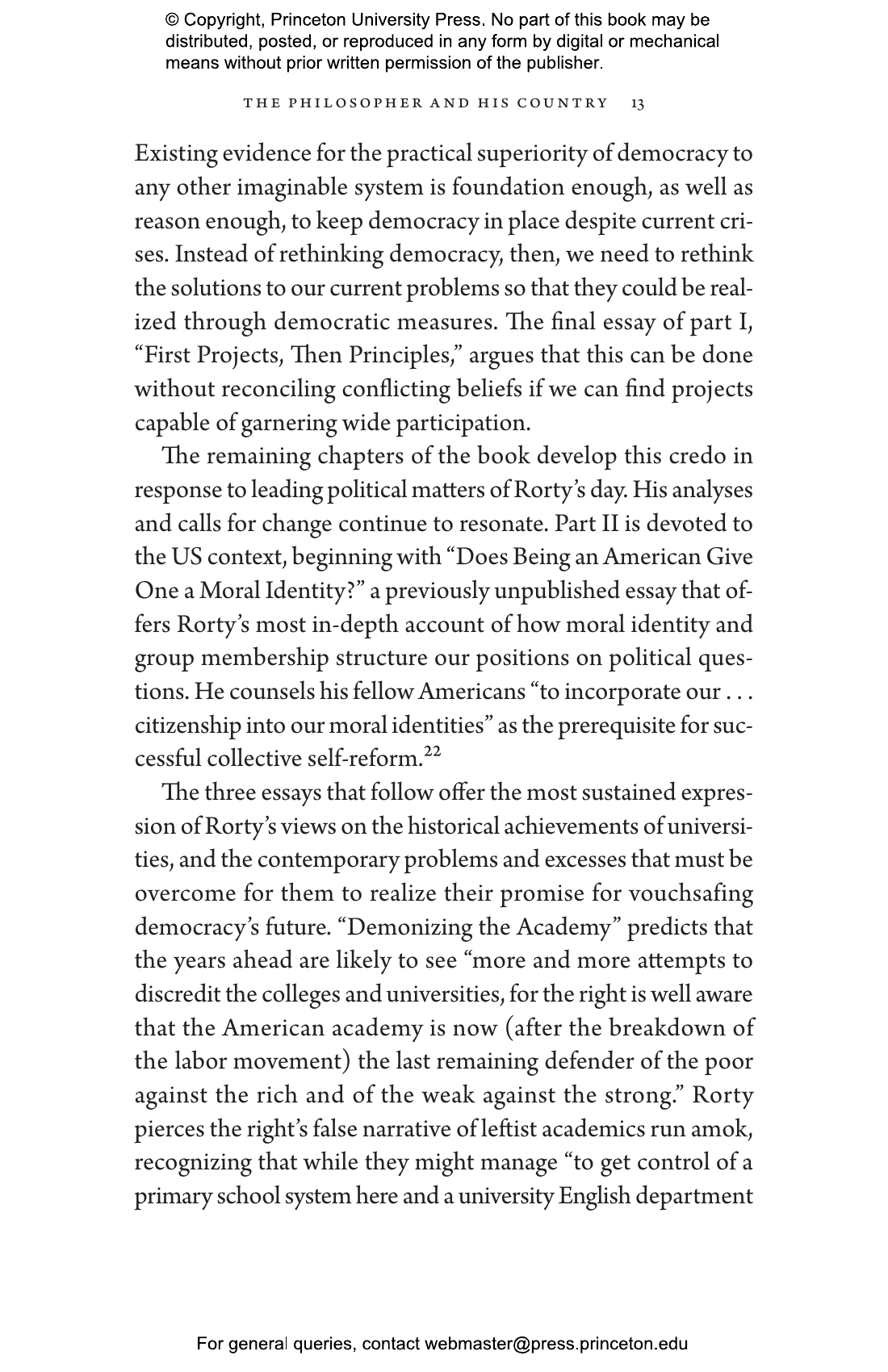 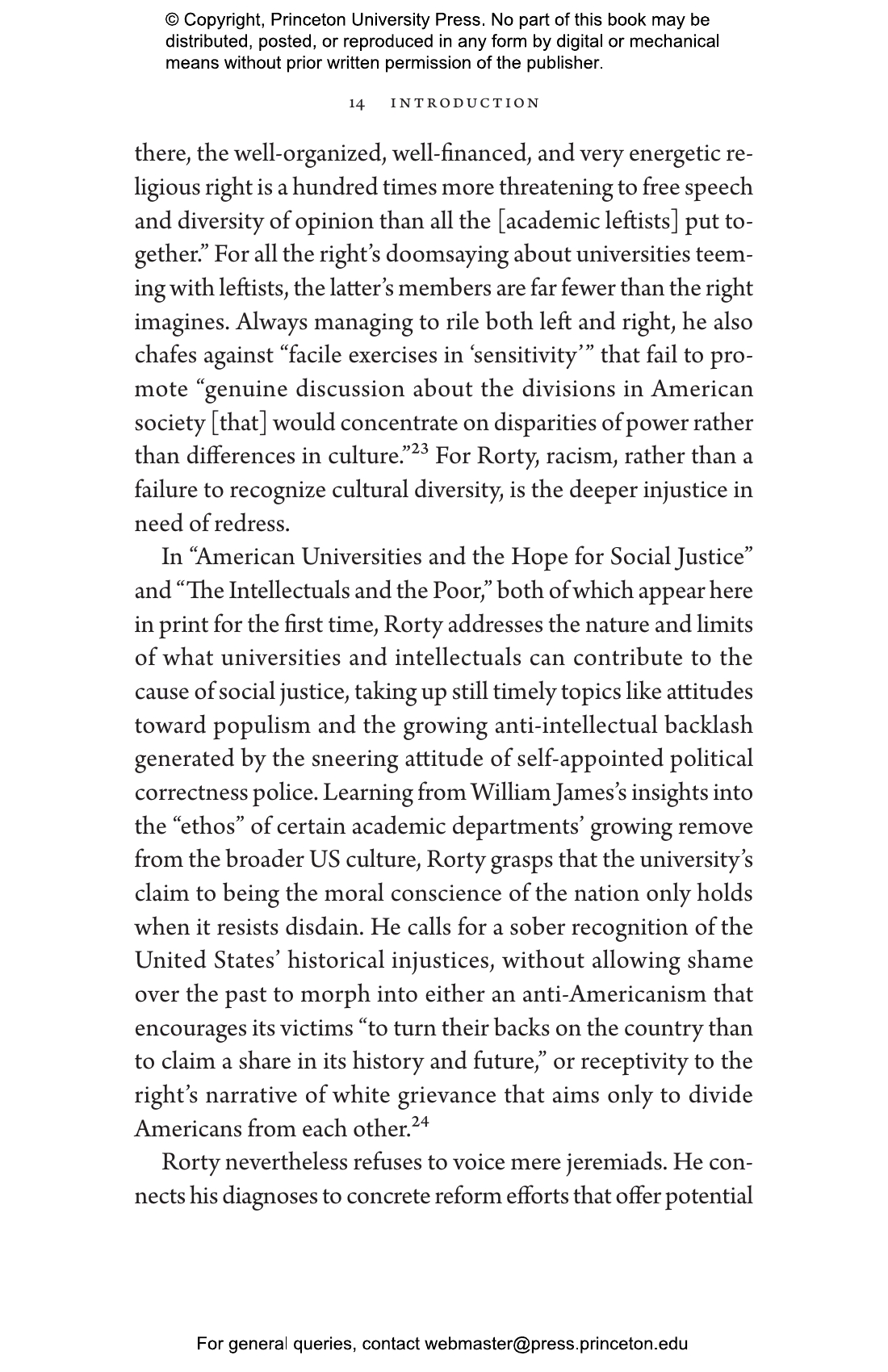 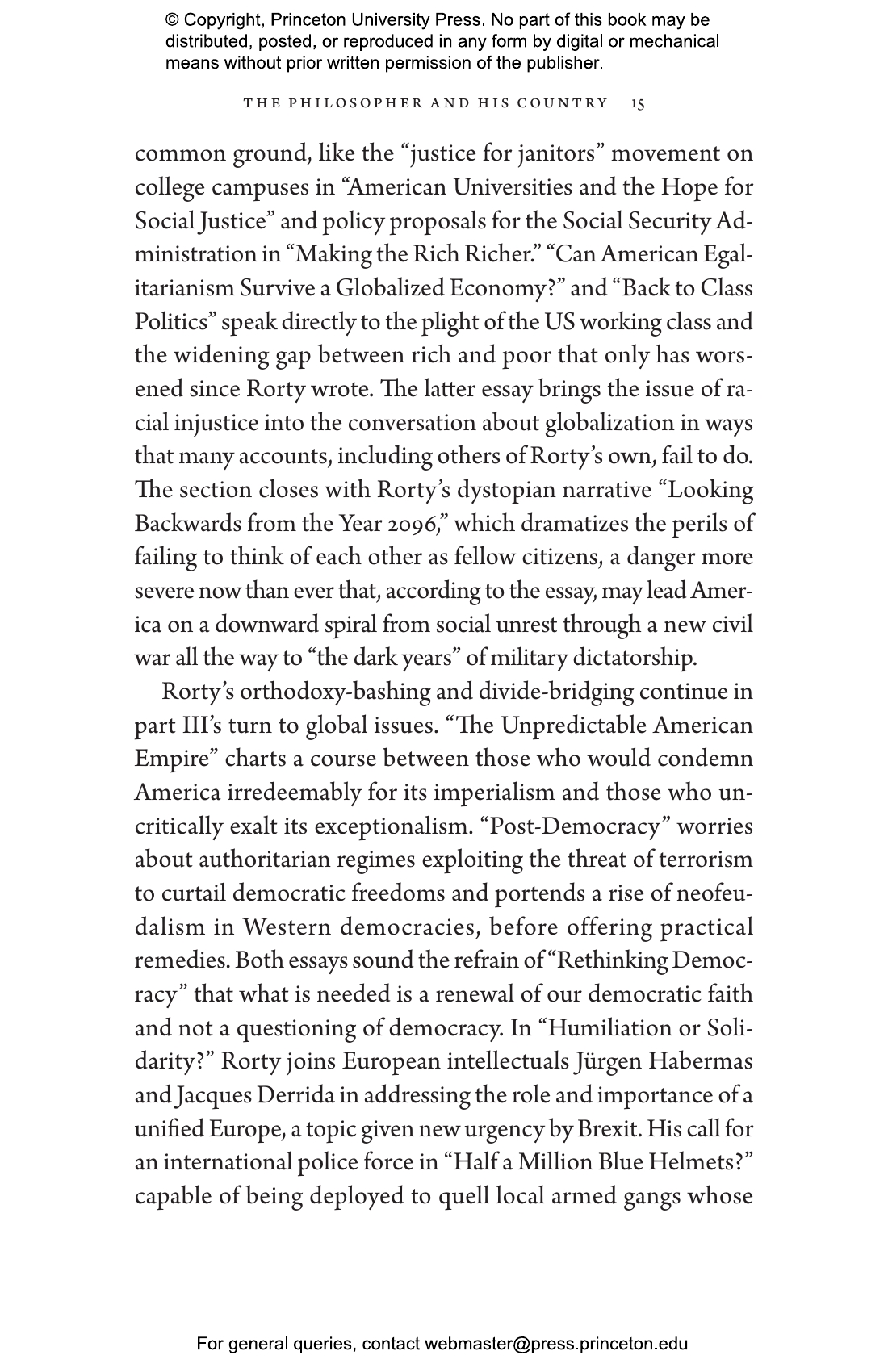 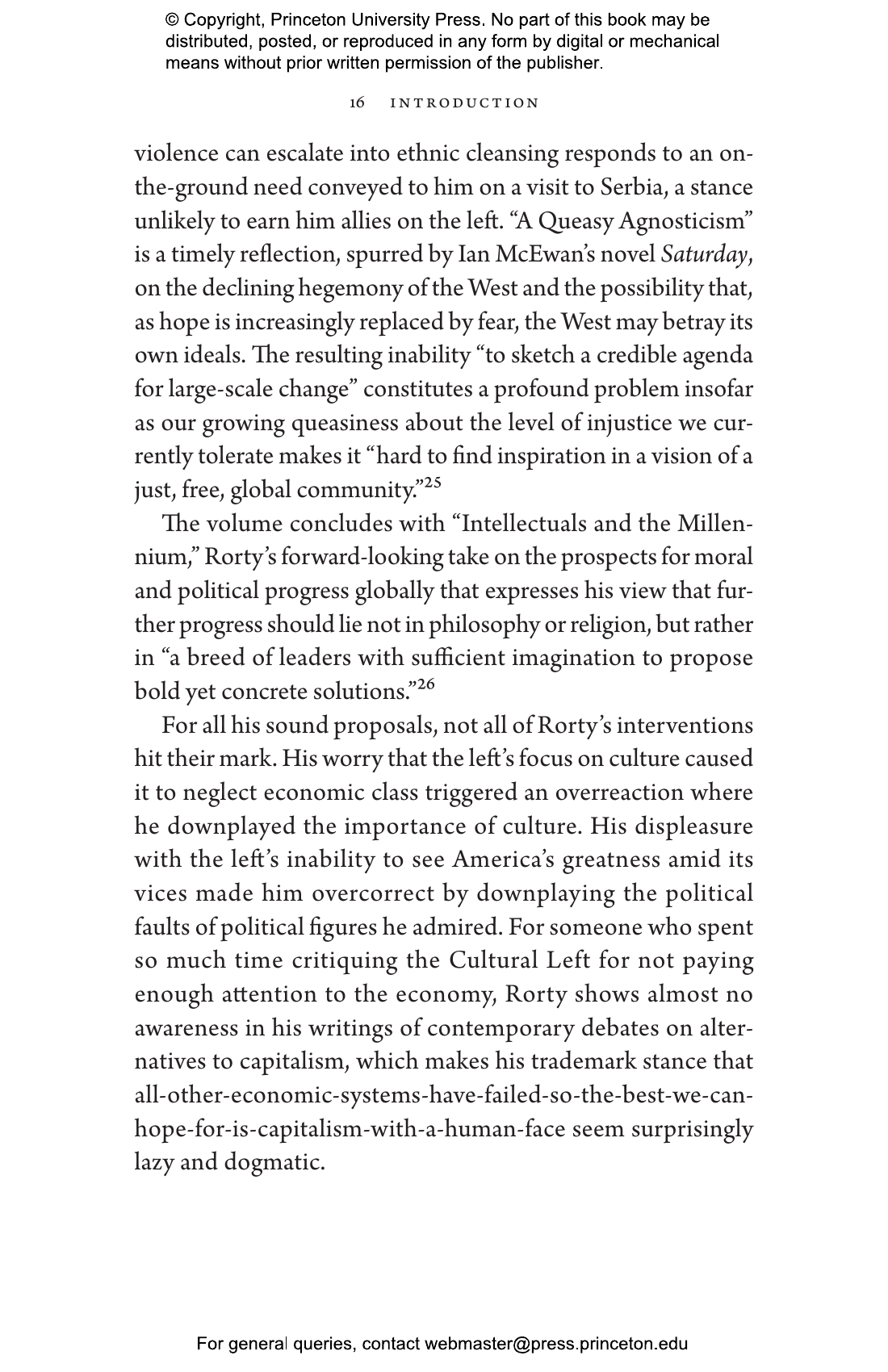 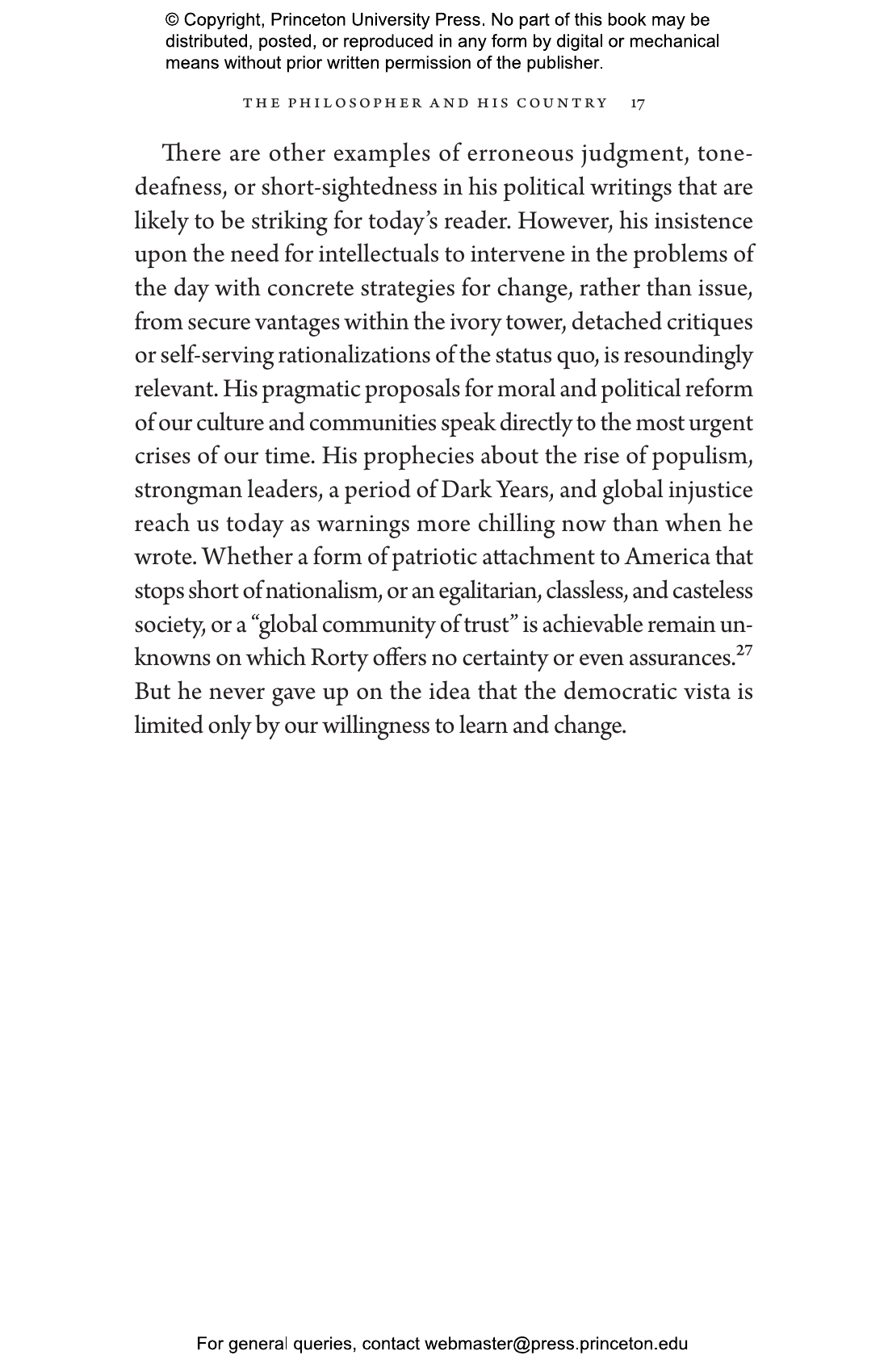 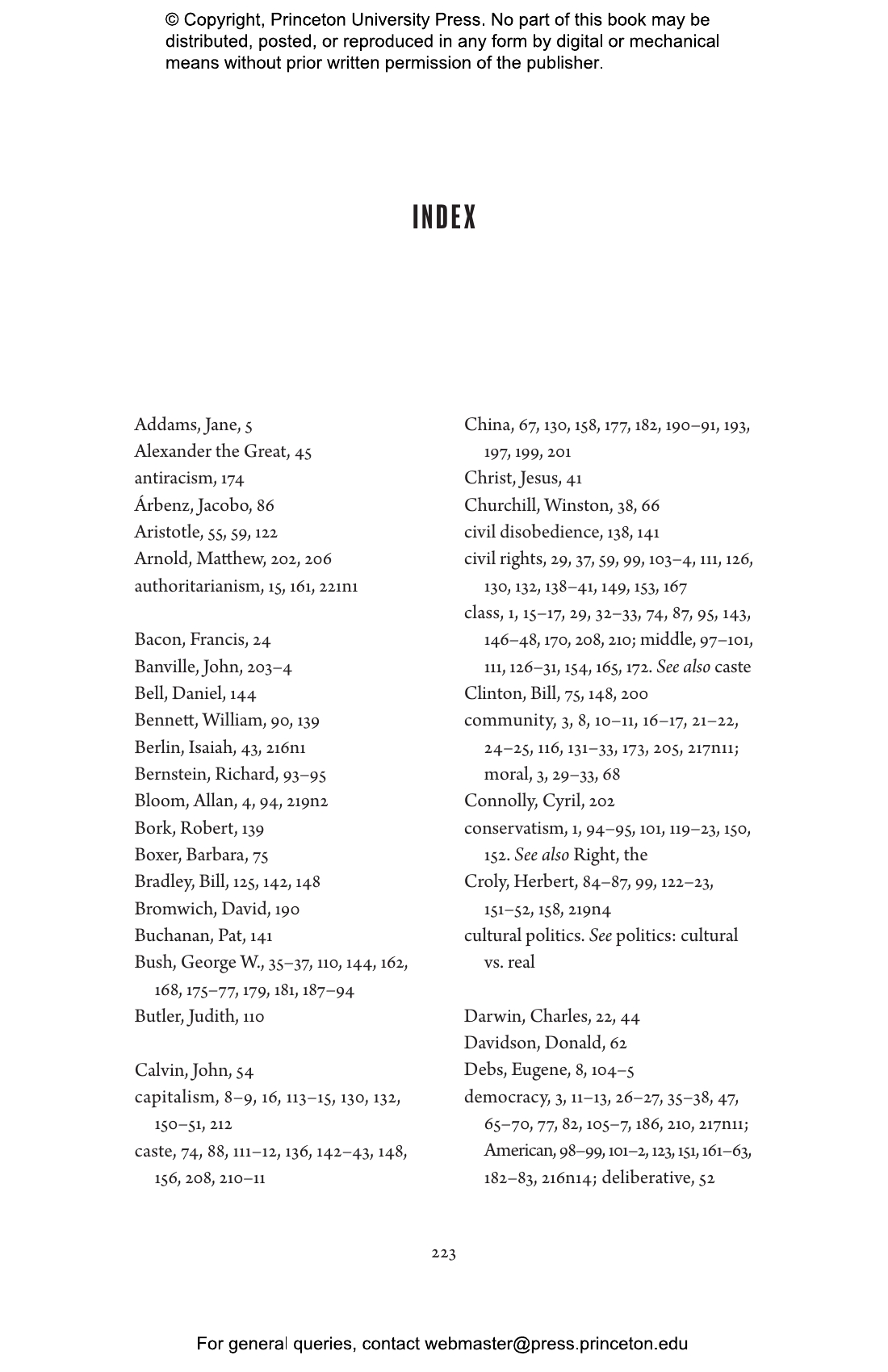 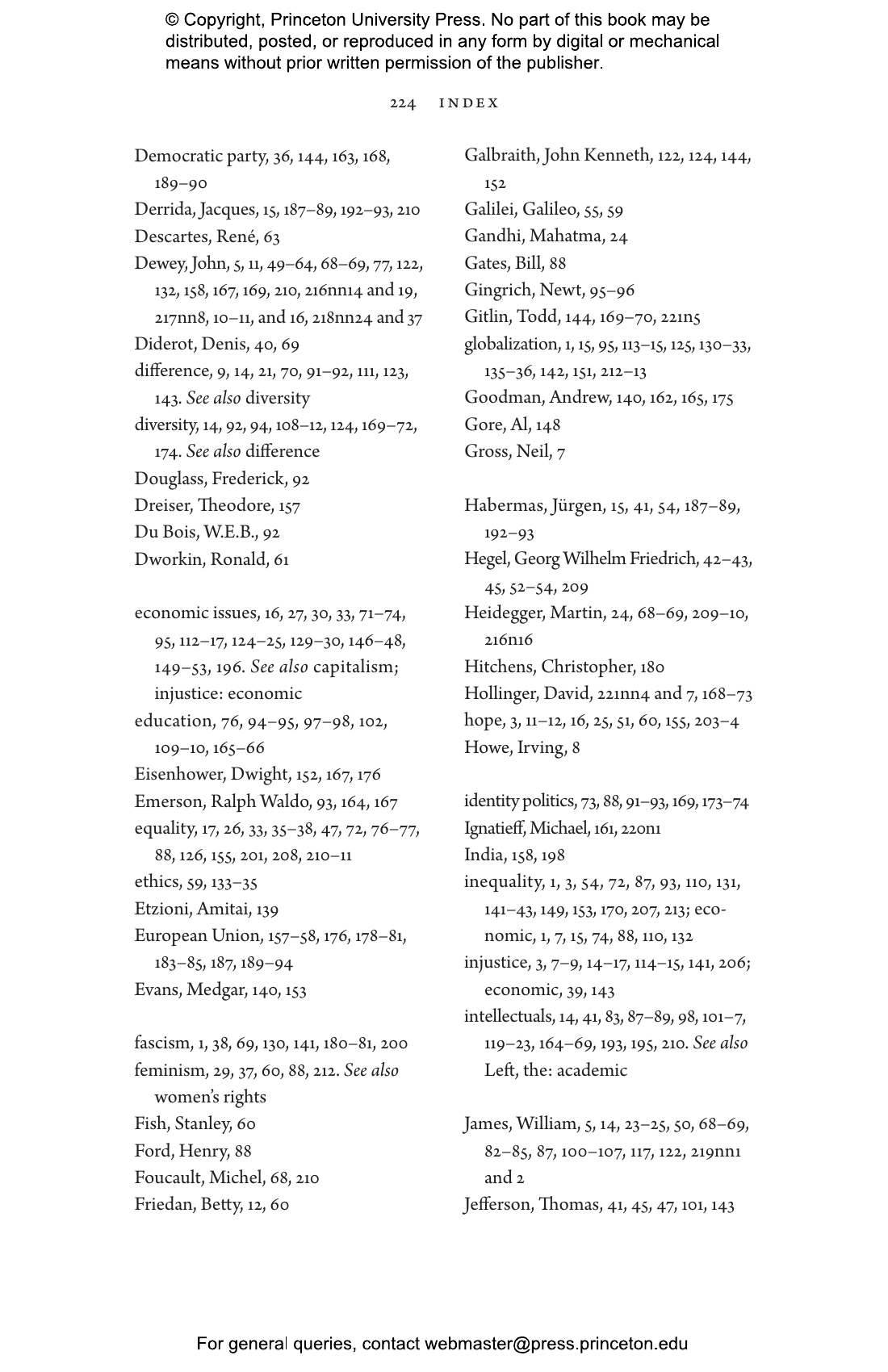 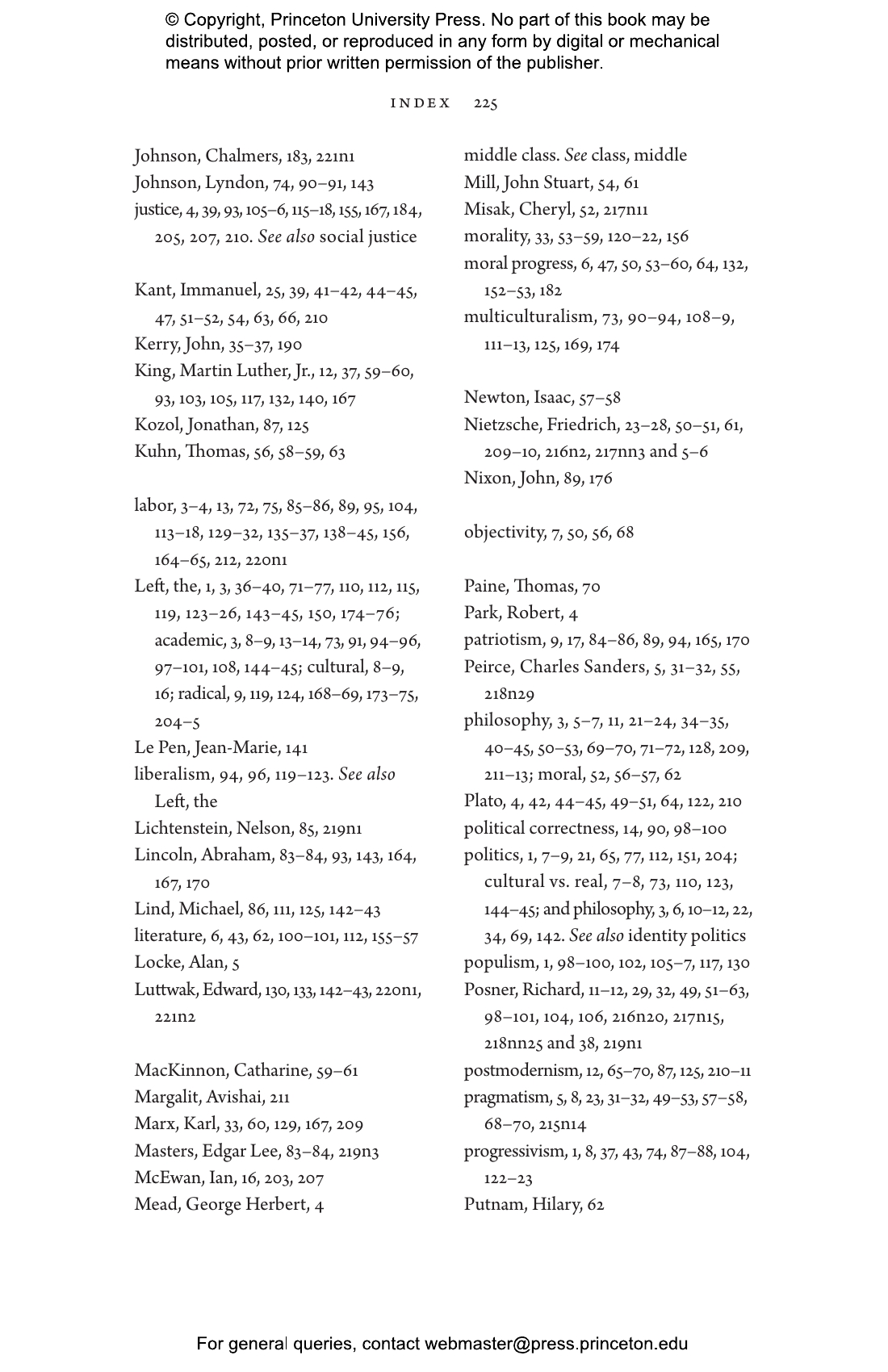 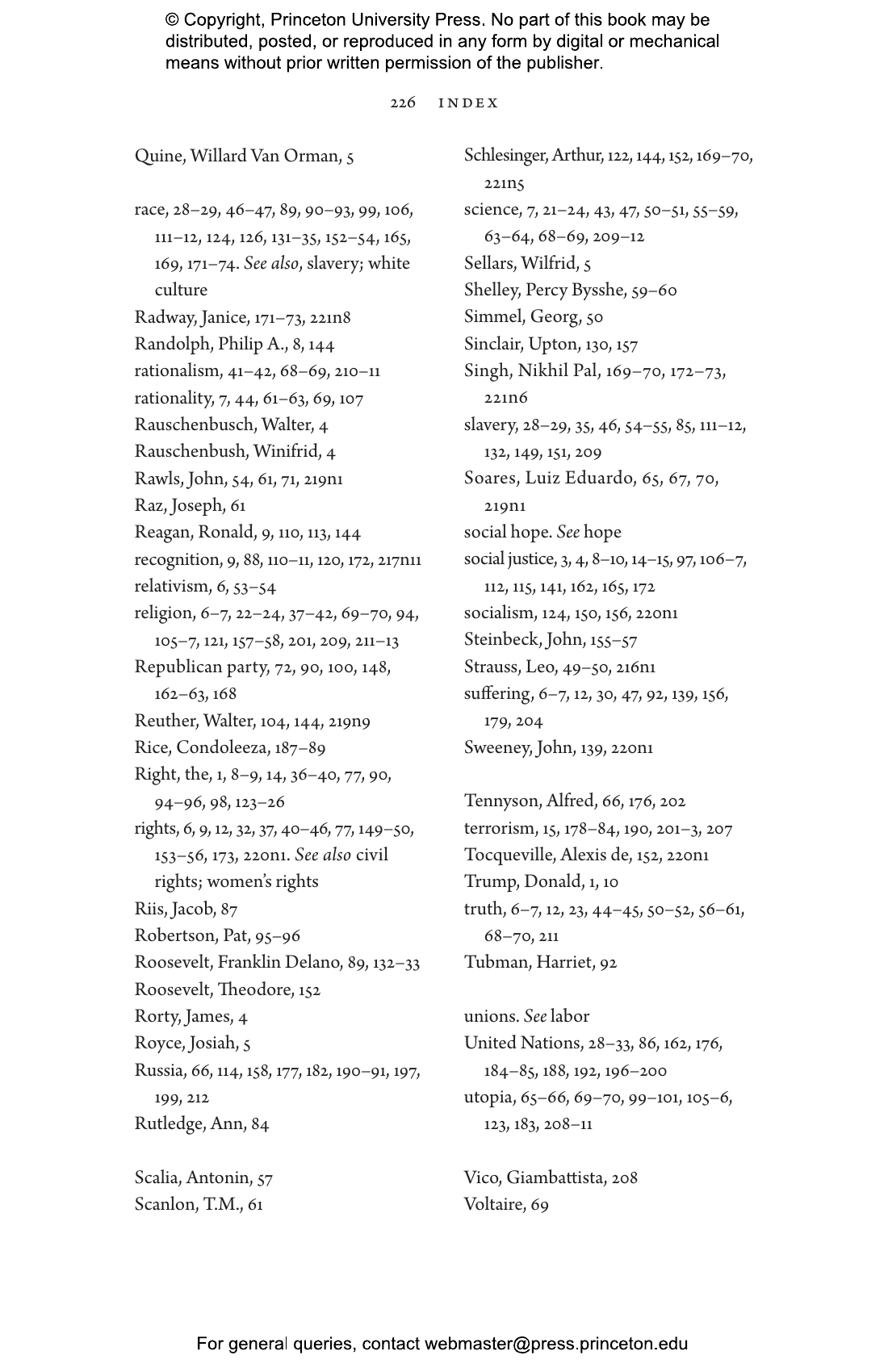 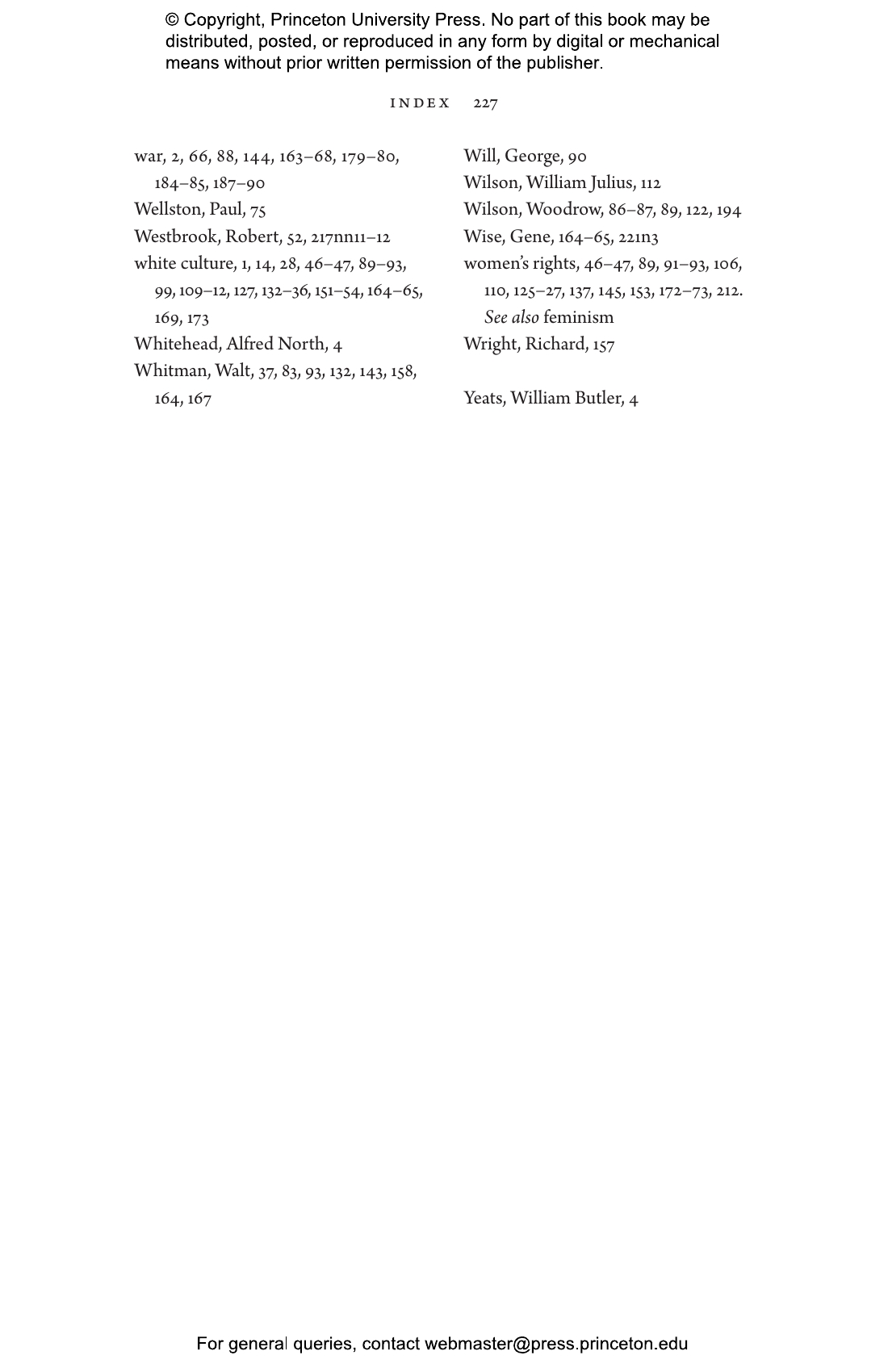 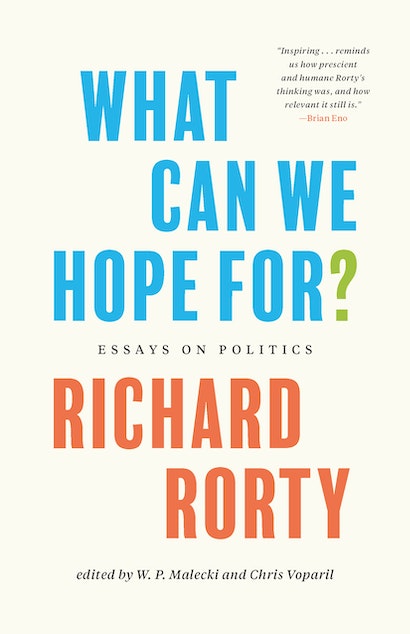 Richard Rorty, one of the most influential intellectuals of recent decades, is perhaps best known today as the philosopher who, almost two decades before the 2016 U.S. presidential election, warned of the rise of a Trumpian strongman in America. What Can We Hope For? gathers nineteen of Rorty’s essays on American and global politics, including four previously unpublished and many lesser-known and hard-to-find pieces.

In these provocative and compelling essays, Rorty confronts the critical challenges democracies face at home and abroad, including populism, growing economic inequality, and overpopulation and environmental devastation. In response, he offers optimistic and realistic ideas about how to address these crises. He outlines strategies for fostering social hope and building an inclusive global community of trust, and urges us to put our faith in trade unions, universities, bottom-up social campaigns, and bold political visions that thwart ideological pieties.

Driven by Rorty’s sense of emergency about our collective future, What Can We Hope For? is filled with striking diagnoses of today’s political crises and creative proposals for solving them.

Richard Rorty (1931–2007) was an eminent American pragmatist philosopher and public intellectual. Among his many books are Achieving Our Country, Philosophy and Social Hope, and Philosophy and the Mirror of Nature (Princeton). W. P. Malecki is associate professor of literary theory at the University of Wroclaw, Poland. His books include Human Minds and Animal Stories. Chris Voparil teaches philosophy and political theory on the Graduate Faculty of Union Institute & University in Cincinnati, Ohio. His most recent book is Reconstructing Pragmatism: Richard Rorty and the Classical Pragmatists.

“I have treasured Richard Rorty’s witty, urbane, and generous voice since first encountering his writings in the late 1980s. He was the first philosopher whose thinking really changed my mind, and it stayed changed. I missed his voice in the turbulent events of the past several years, but this inspiring collection of his political essays reminds us how prescient and humane Rorty's thinking was, and how relevant it still is.”—Brian Eno

“In our dark times, if you admit the country and the species are in a bad way, but do not yet think we’re doomed, you will find a bracing plea for hope in these unfamiliar, fugitive essays of the late Richard Rorty. His voice remains one we all still need to hear.”—Robert B. Westbrook, author of Democratic Hope: Pragmatism and the Politics of Truth

“What Can We Hope For? reveals a Rorty who’s rather more militant and less nonchalant than the one we’re used to. Many of his observations—about the state of universities, the Right and the Left, culture and economics, critique and practical politics—seem more timely than ever. Blunt, mordant, remarkably prescient, Rorty is always worth reading.”—Rita Felski, University of Virginia