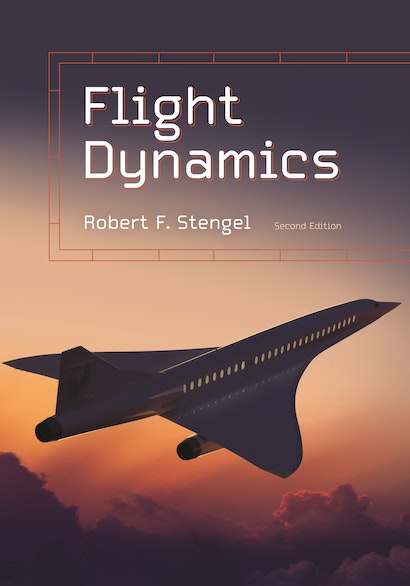 Since it was first published, Flight Dynamics has offered a new approach to the science and mathematics of aircraft flight, unifying principles of aeronautics with contemporary systems analysis. Now updated and expanded, this authoritative book by award-winning aeronautics engineer Robert Stengel presents traditional material in the context of modern computational tools and multivariable methods. Special attention is devoted to models and techniques for analysis, simulation, evaluation of flying qualities, and robust control system design.

Using common notation and not assuming a strong background in aeronautics, Flight Dynamics will engage a wide variety of readers, including aircraft designers, flight test engineers, researchers, instructors, and students. It introduces principles, derivations, and equations of flight dynamics as well as methods of flight control design with frequent reference to MATLAB functions and examples. Topics include aerodynamics, propulsion, structures, flying qualities, flight control, and the atmospheric and gravitational environment.

Robert F. Stengel is professor emeritus of mechanical and aerospace engineering and former associate dean of engineering and applied science at Princeton University. The author of Optimal Control and Estimation, he has conducted flight research and taught graduate and undergraduate courses on aircraft flight dynamics and control for more than forty years. He was a principal designer of the Apollo Lunar Module’s manual attitude control logic, and he contributed to the design of the Space Shuttle’s guidance and control system.

"[A] tour de force of a text. . . . An ambitious and important work. . . . [It] brings the material up to the minute, tackles more topics with more depth, buttresses its analysis with MATLAB examples, and still does a superb job of stimulating and informing the reader. . . . Its push toward computational synthesis does open a new door for this type of text."—John Hodgkinson, AIAA Journal

"This book provides a significant addition to the existing literature on flight mechanics. It deserves to be part of the library of scholars and practicing flight mechanics engineers alike."—Eric Feron, IEEE Control Systems

"This book is definitely a significant contribution to the field. It is more comprehensive than any other work on flight dynamics I have seen; it includes newer concepts, such as neural nets and wind shear effects, some of these reflecting the author's own research; and it gives a very broad view of flight dynamics. Not only is it a fine textbook on flight dynamics, but it is so thorough and so well written that it will undoubtedly catch the attention of practicing engineers and airplane enthusiasts."—Haim Baruh, Rutgers University