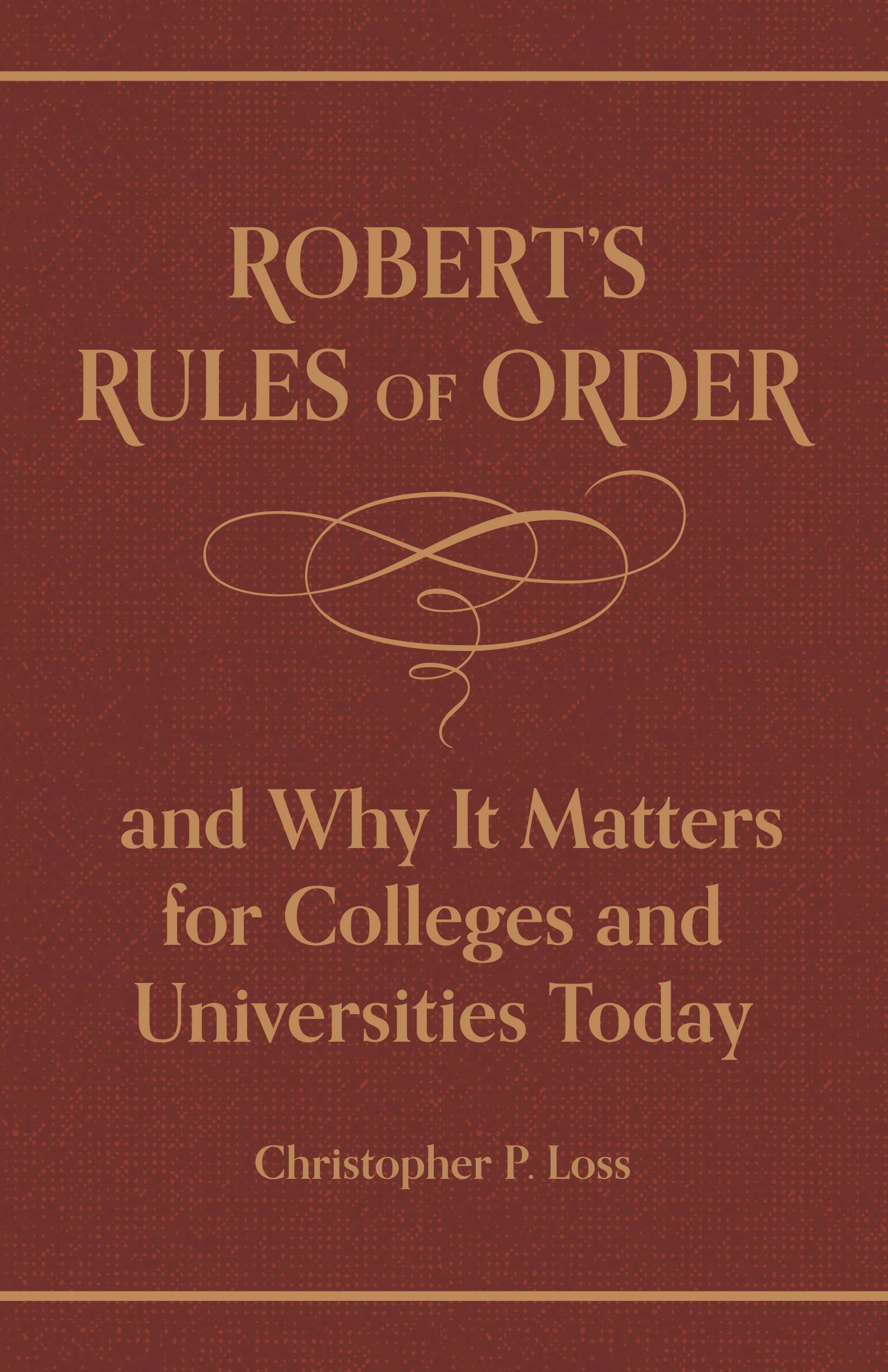 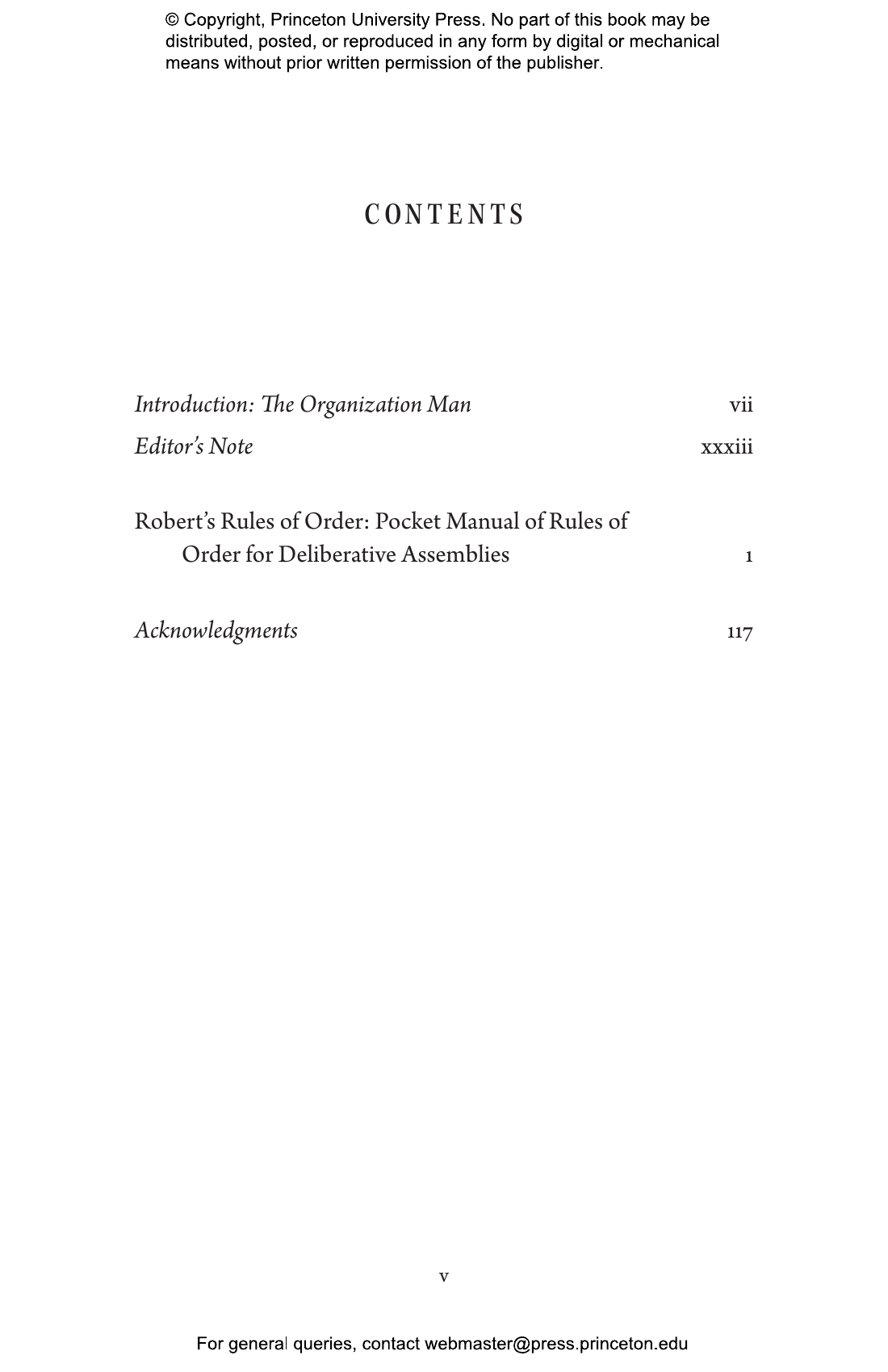 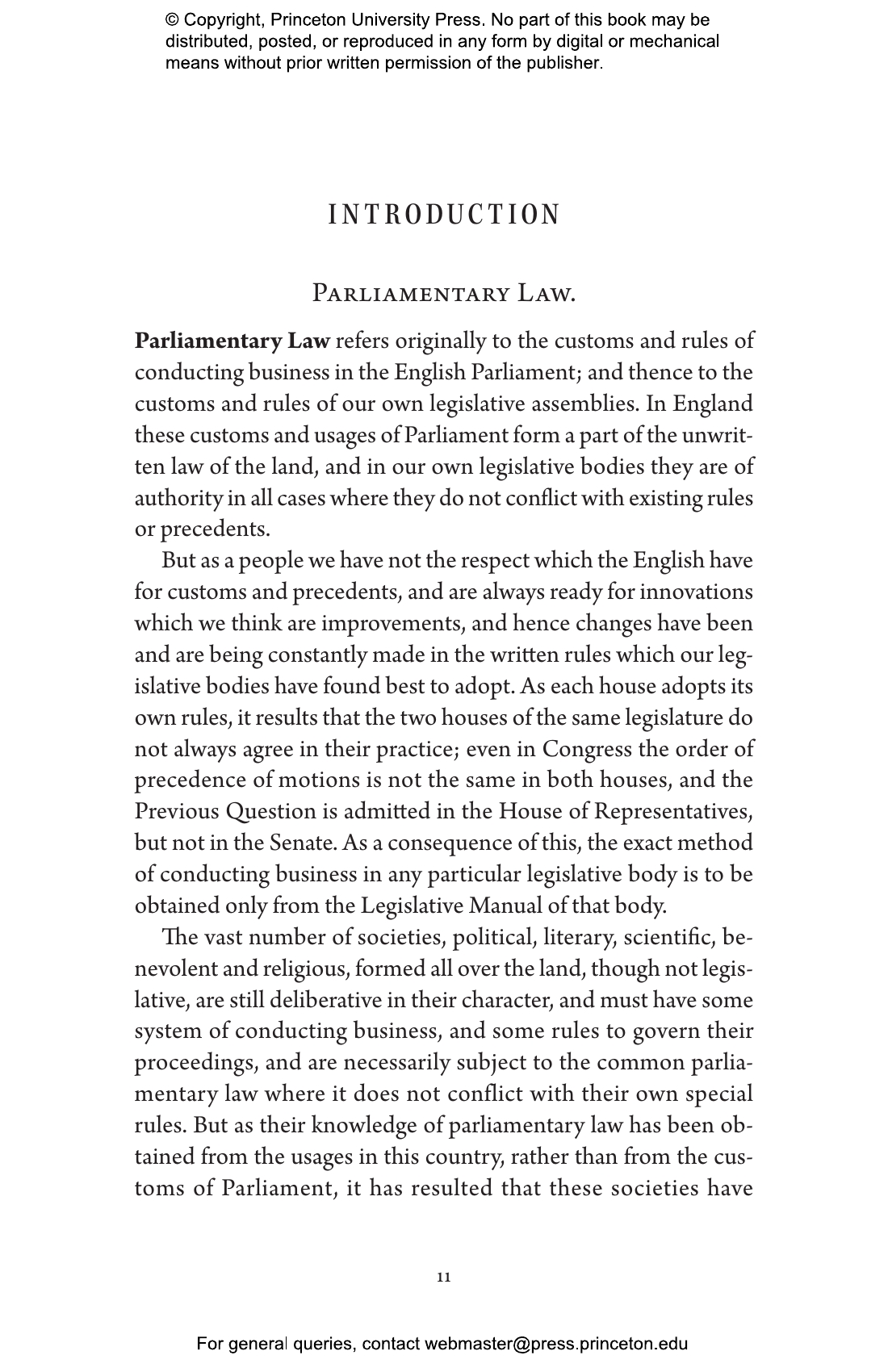 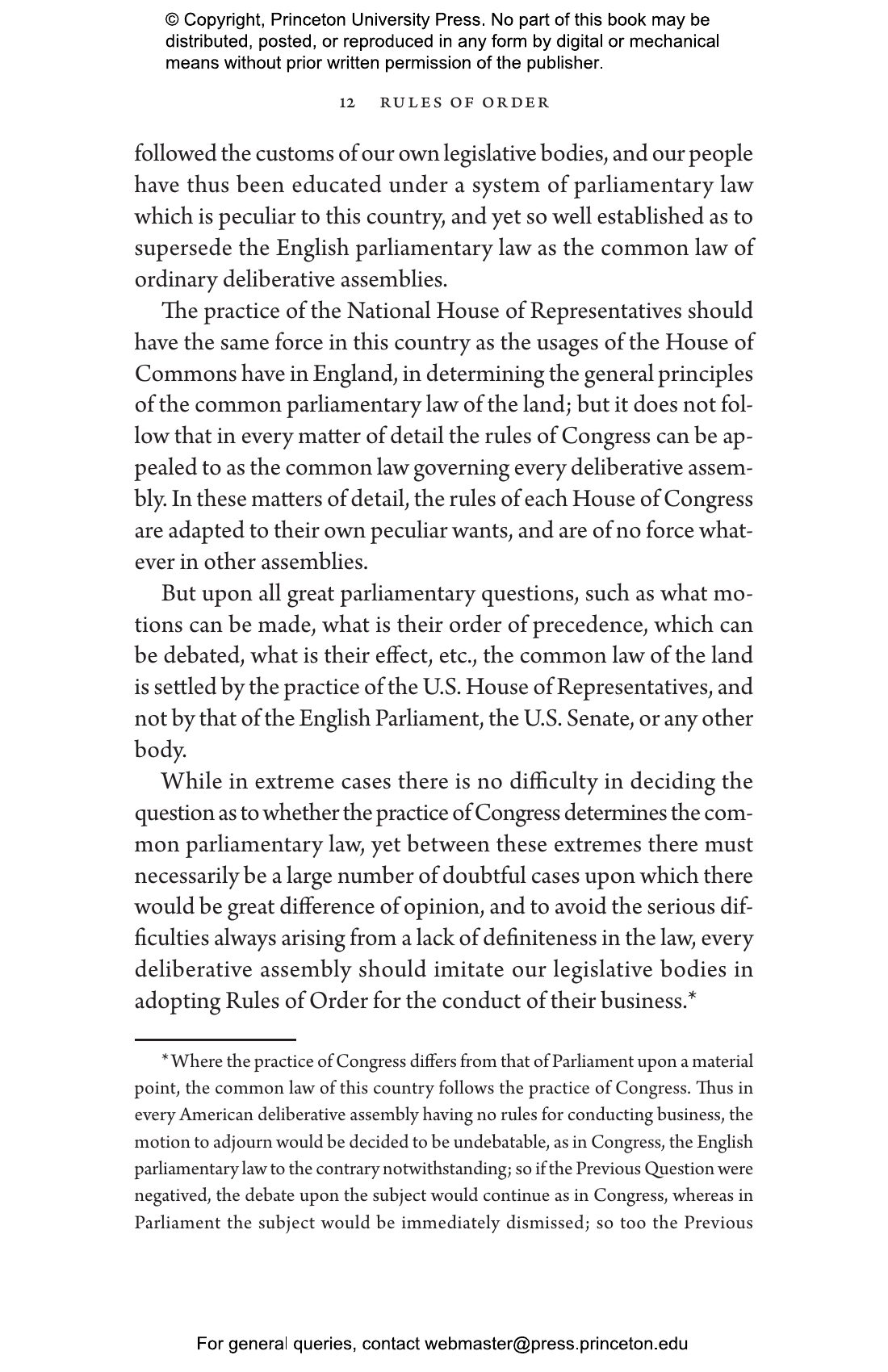 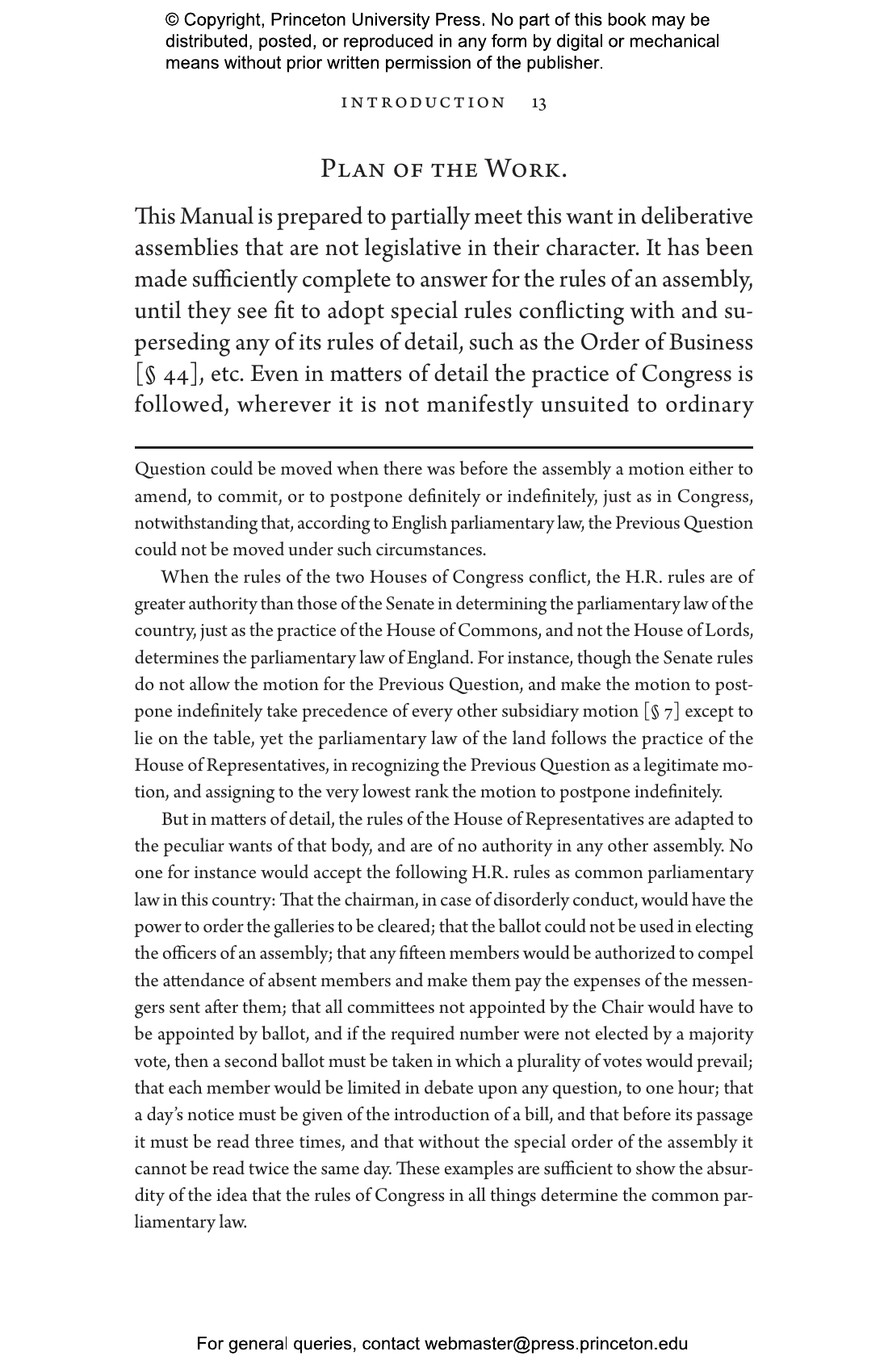 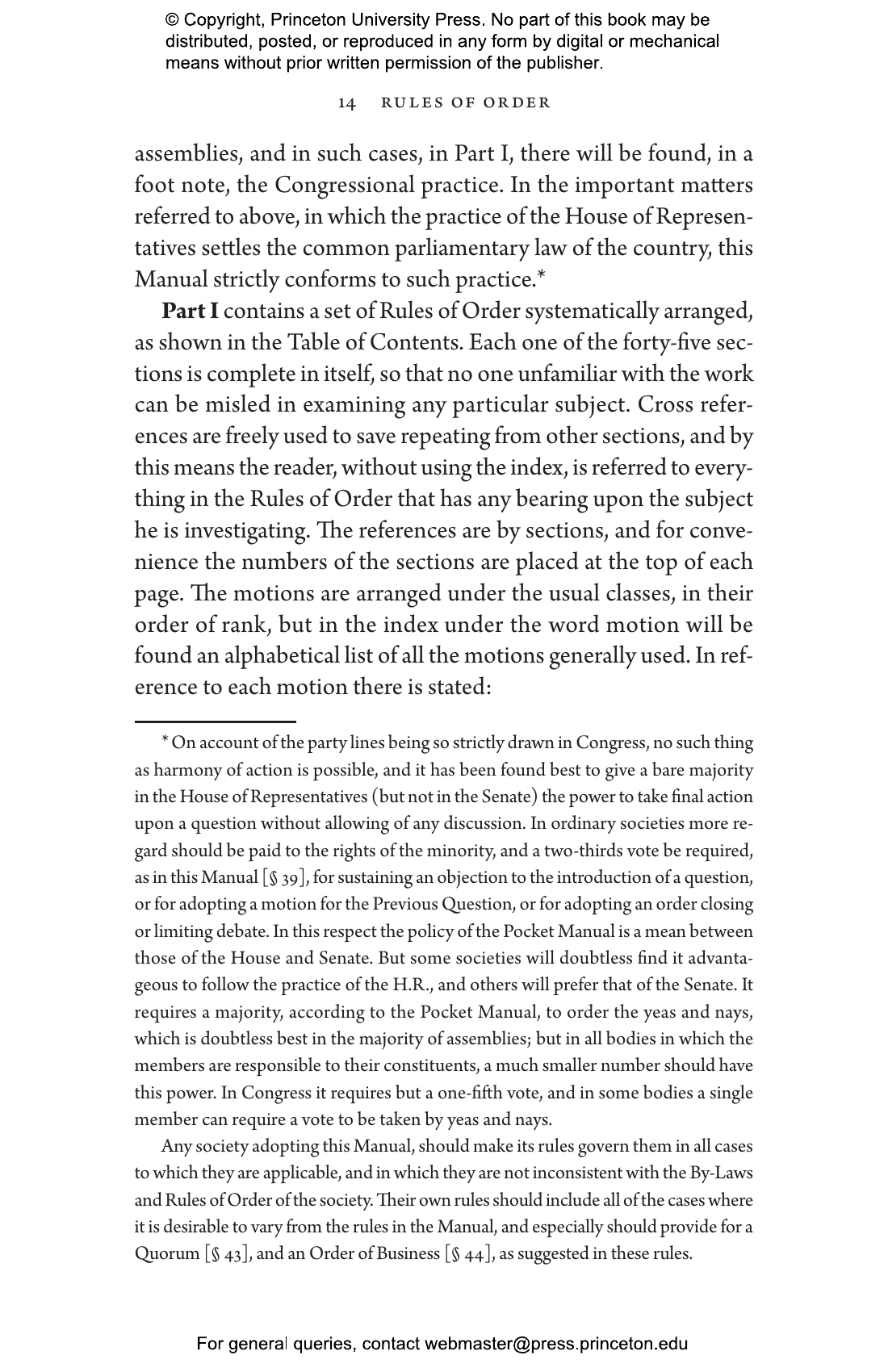 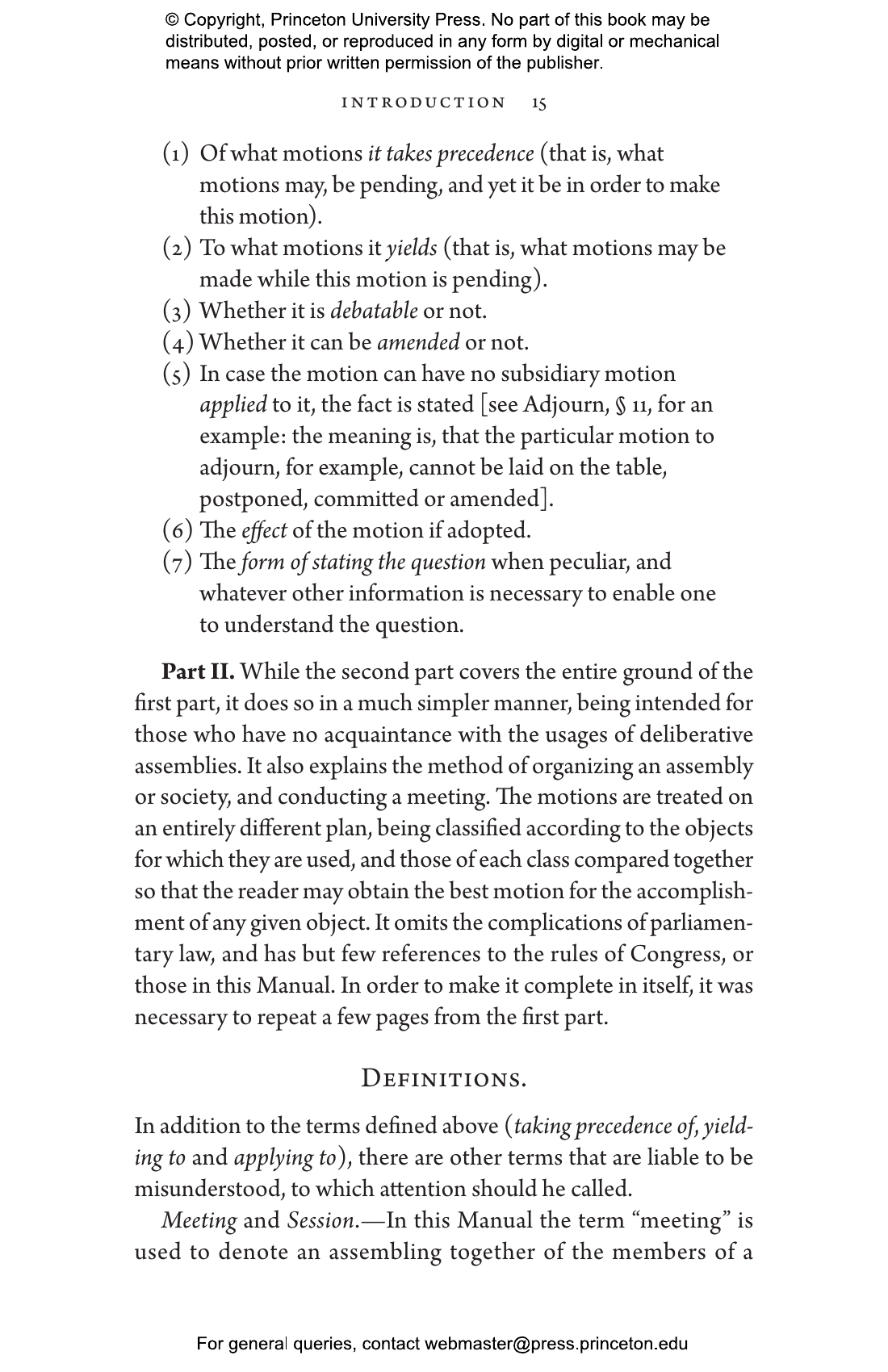 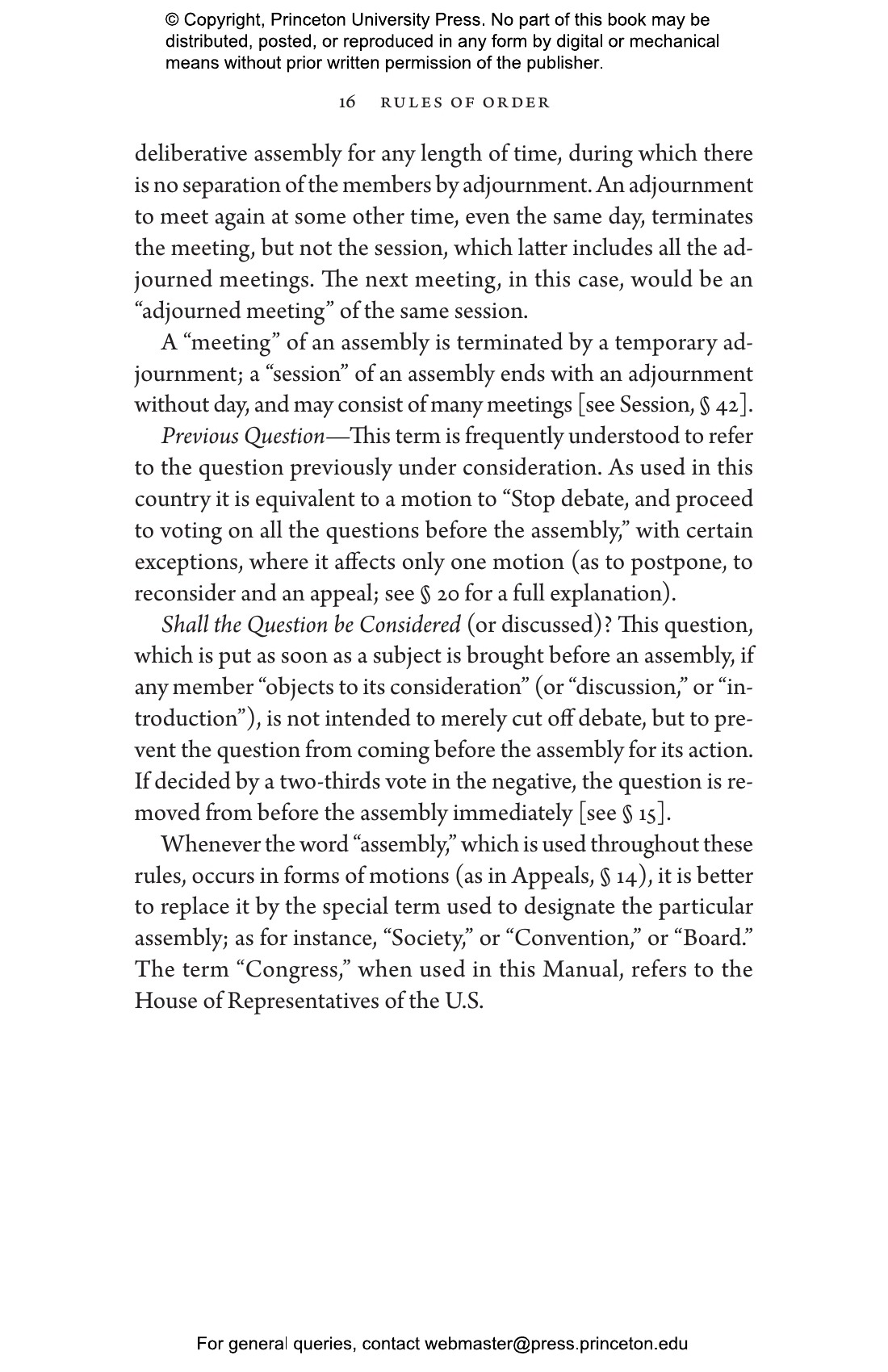 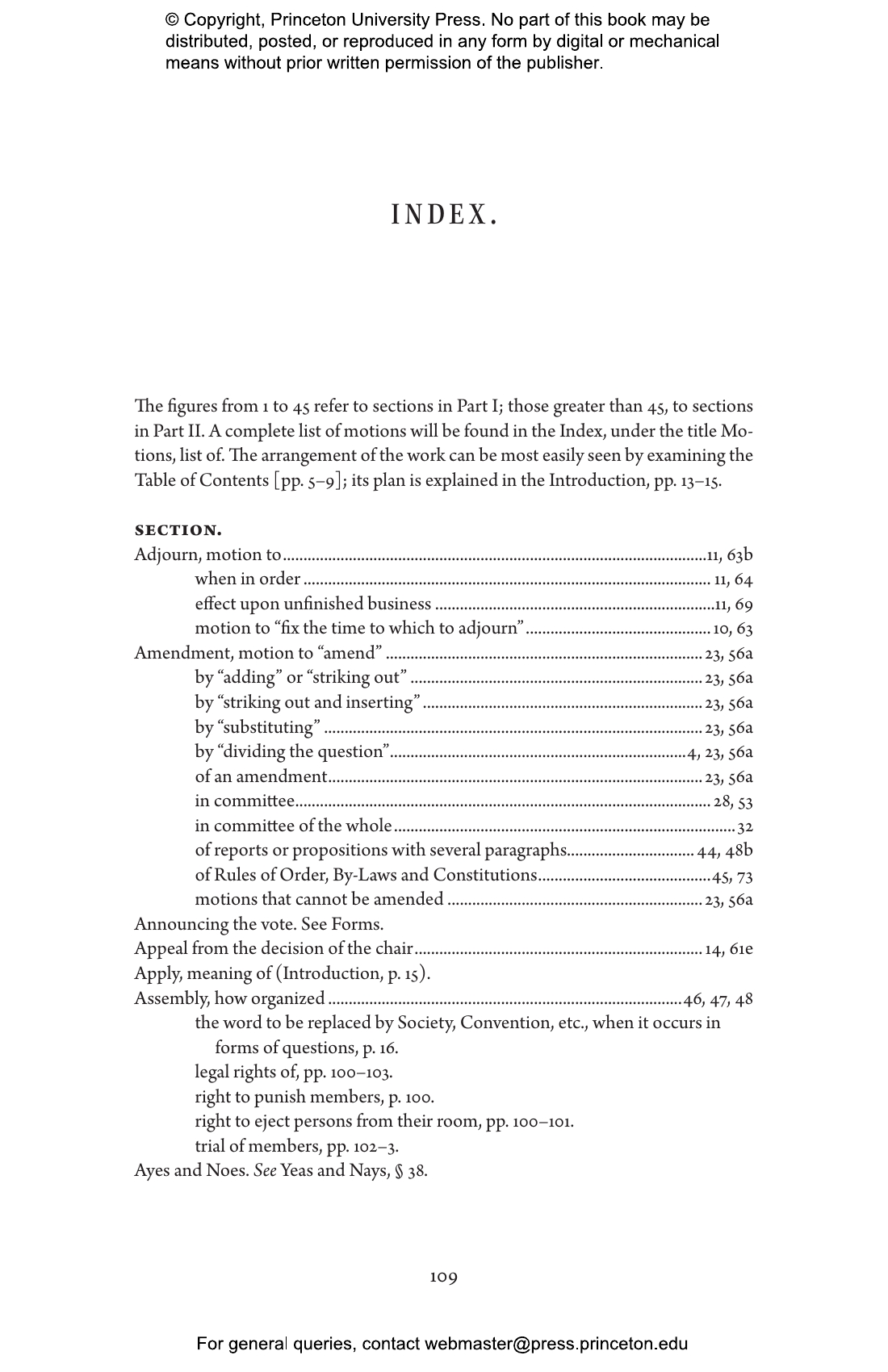 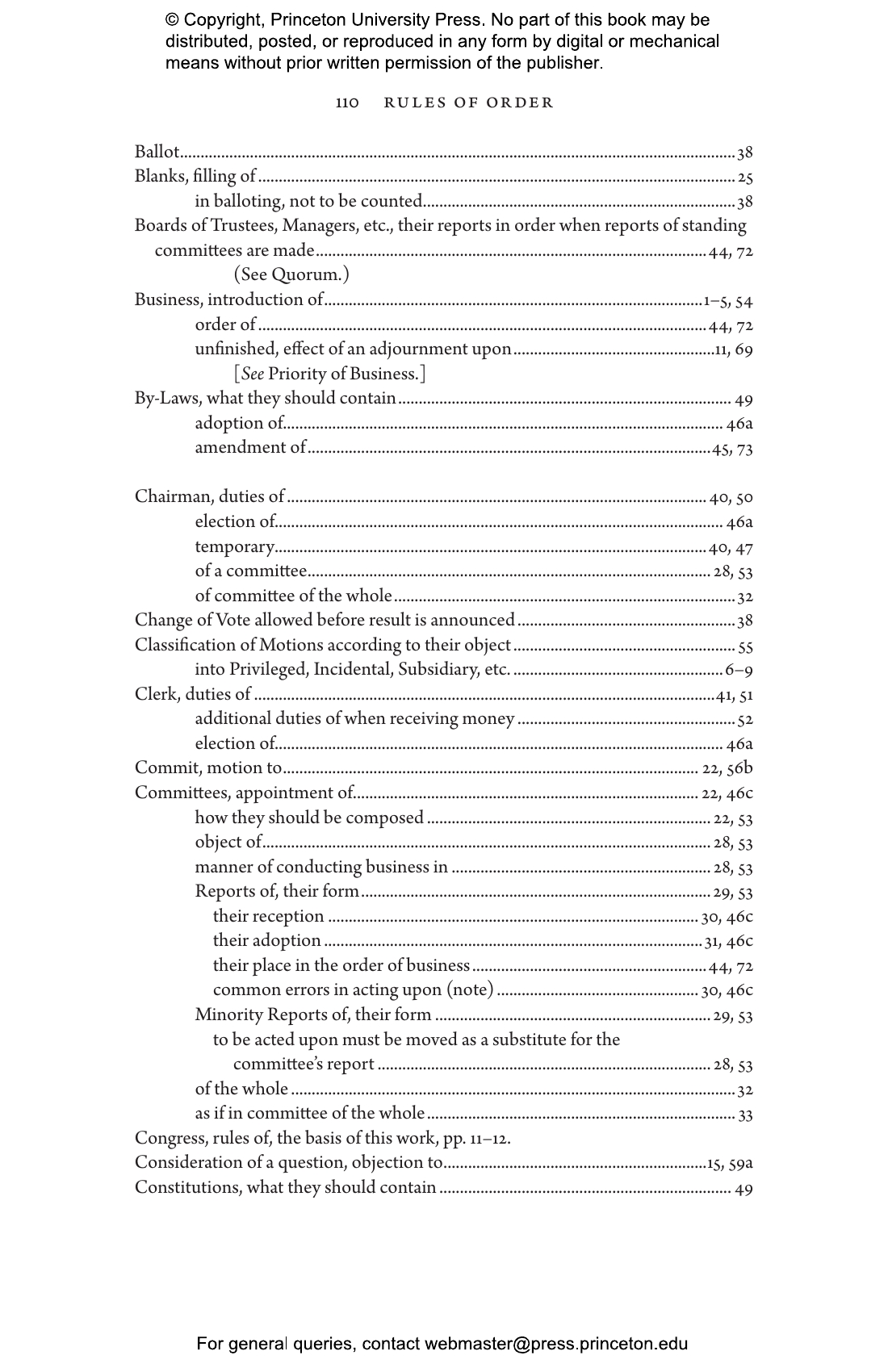 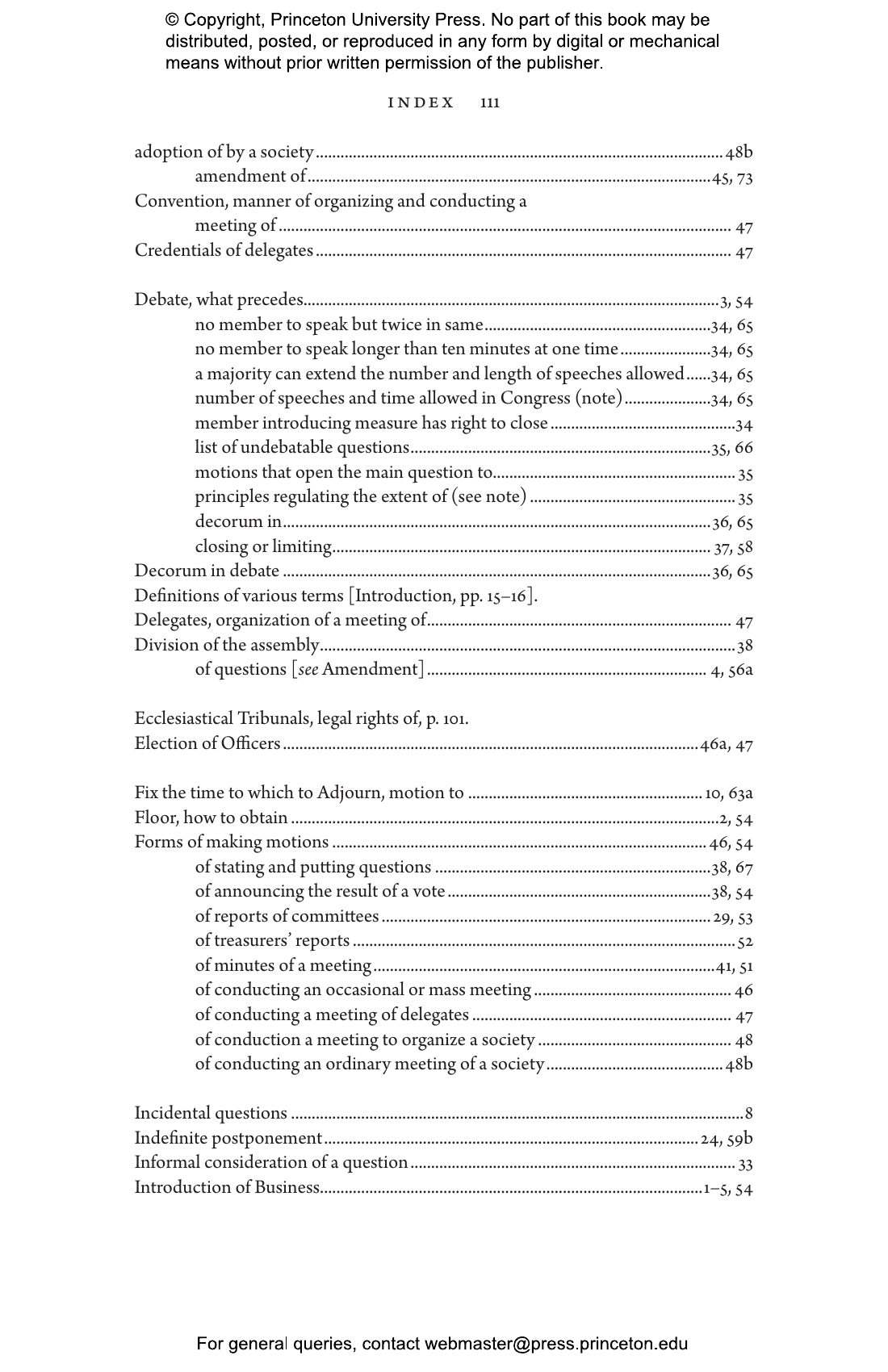 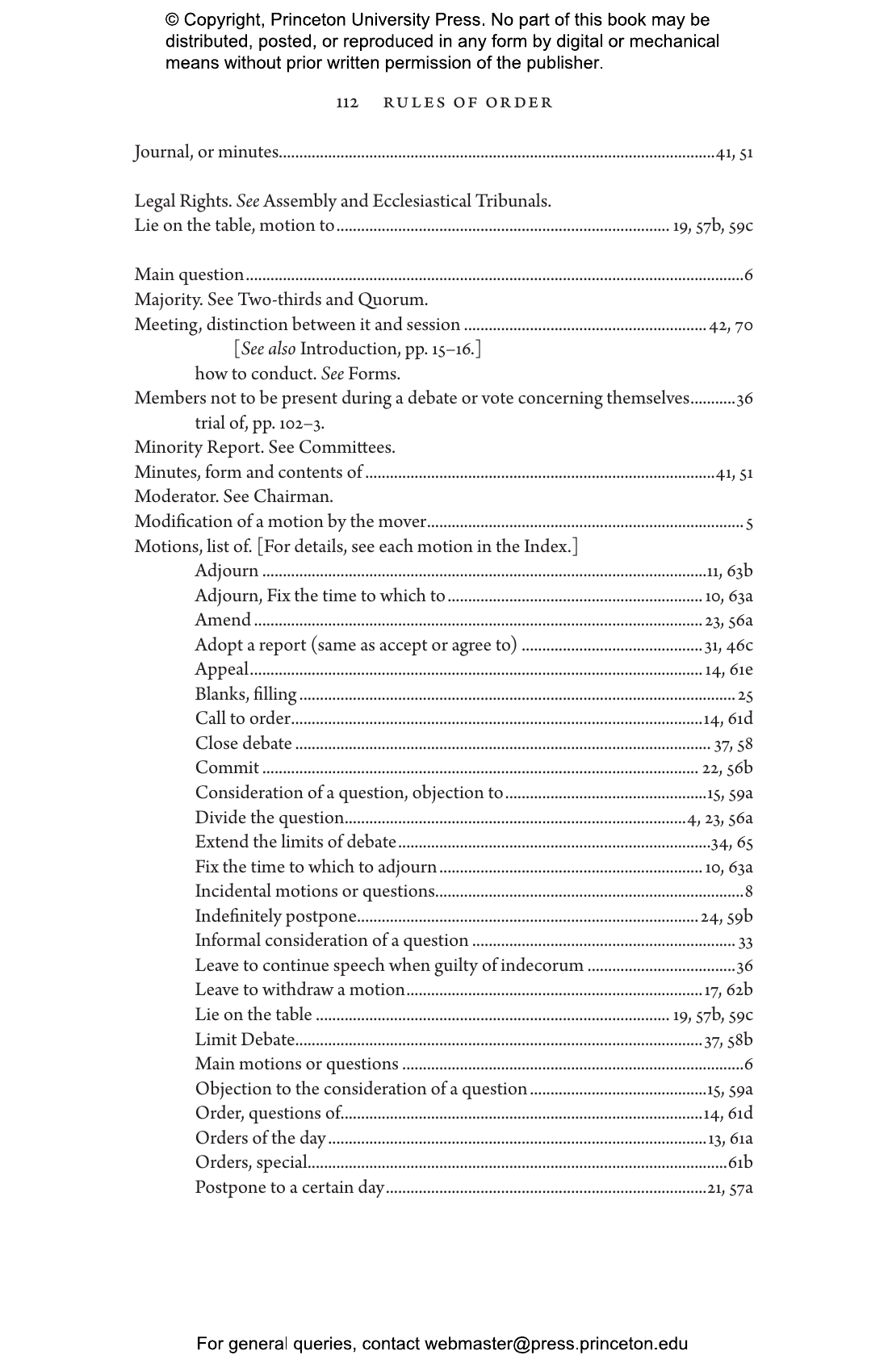 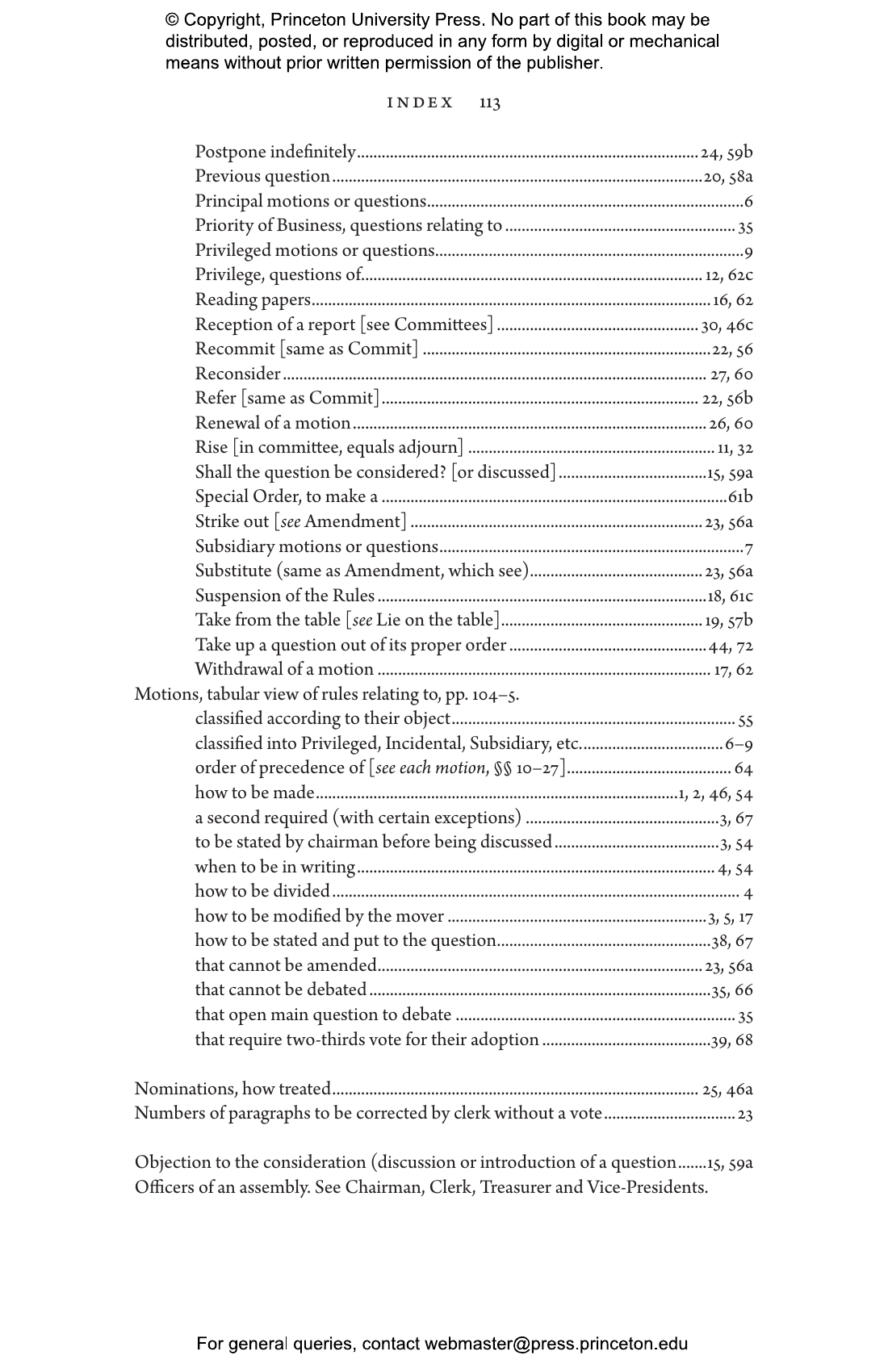 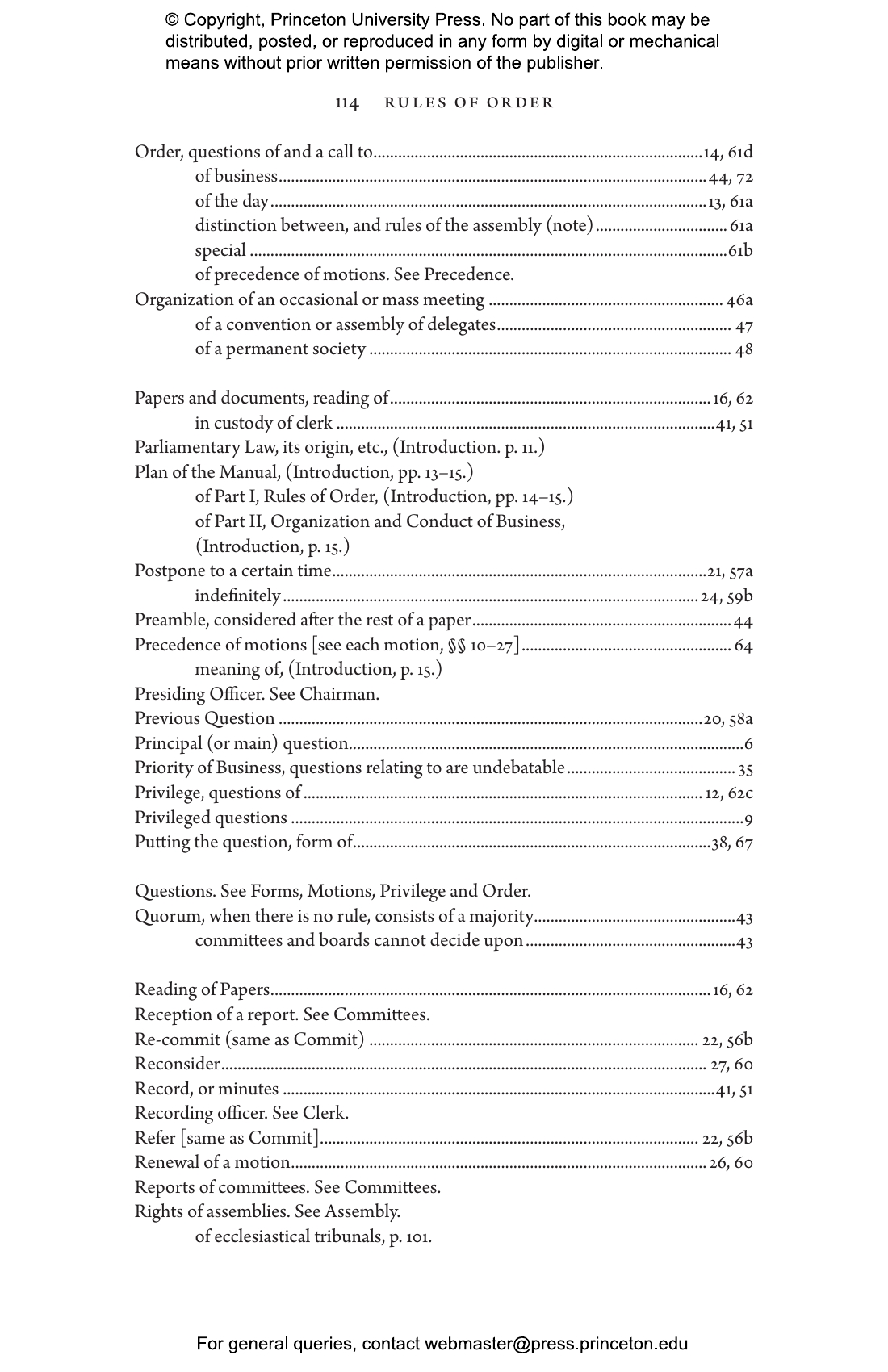 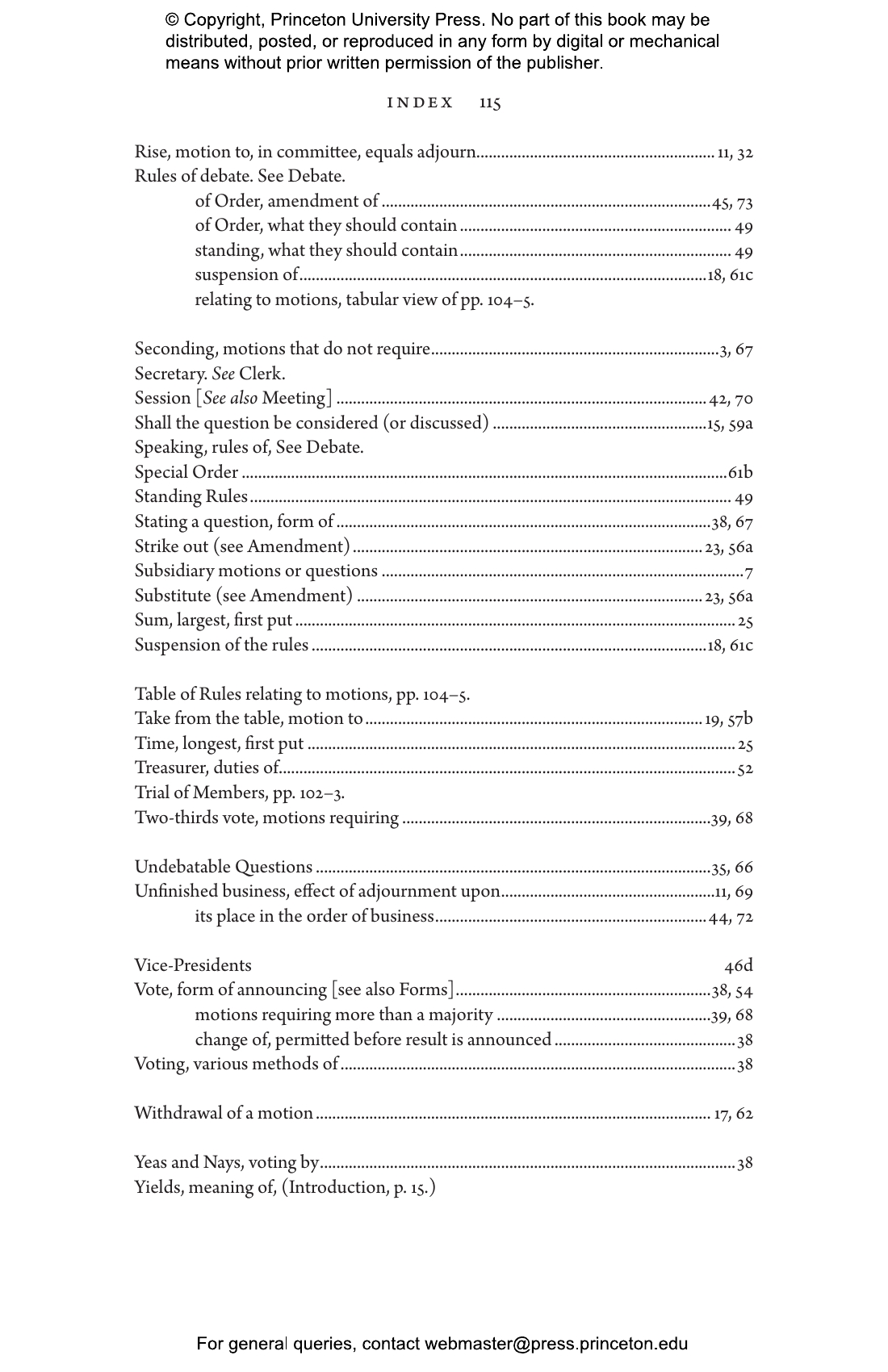 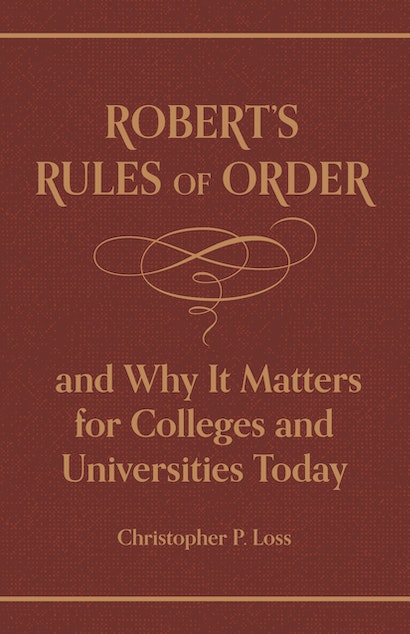 If you have ever attended a town meeting or business lunch, or participated in a church group or department meeting, or served on a faculty senate or maybe just watched C-SPAN, then you have likely encountered Robert’s Rules of Order. This critical edition of Henry M. Robert’s essential guide to parliamentary procedure features the original text from 1876 along with a companion essay by Christopher Loss, who artfully recounts the book’s publication and popular reception, and sheds light on its enduring value for one of the most vital bastions of democracy itself—the modern university.

Loss deftly explains why Robert’s simple, elegant handbook to democratic governance captured the imagination of so many ordinary citizens during the Gilded Age and how it has shaped the development of our colleges and universities ever since. He shows how Robert’s rules can help faculty, administrators, and students to solve problems and overcome challenges through collaboration, disciplined thinking, trust in the facts, and honesty and fairness from all sides.

At a time when people’s faith in democracy and higher education has been shaken to its core, Robert’s Rules of Order offers a powerful reminder of the importance of democratic norms and practices in American life and institutions.

Christopher P. Loss is associate professor of education and history at Vanderbilt University. He is the author of Between Citizens and the State: The Politics of American Higher Education in the 20th Century (Princeton) and the coeditor of The Convergence of K-12 and Higher Education: Policies and Programs in a Changing Era. He lives in Nashville. 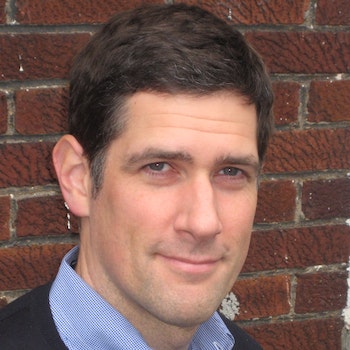 "The major contribution of this text is in Loss’s essay, which is historically-interesting and will appeal to historians of education and those interested in understanding the ways in which voluntary and civic organizations came to embrace a standardized set of governing procedures."—Lauren C. Bell, Journal of Political Science Education

“This is an insightful and timely book. Loss effectively has placed a guide written a century and a half ago in the context of its times and intervening history, offering fresh insight into Robert’s Rules of Order, its author, the challenges faced by universities, and democracy more broadly.”—Brian Balogh, University of Virginia

“We owe Christopher Loss a genuine debt for having the inspiration to contextualize the origins, evolution, and enduring place of the Rules in American life, with particular attention to higher education. Loss gracefully recounts Henry Robert’s story with care and nuance and makes a plausible argument for the widespread reengagement with the Rules by today’s colleges and universities.”—Eugene Tobin, former president of Hamilton College