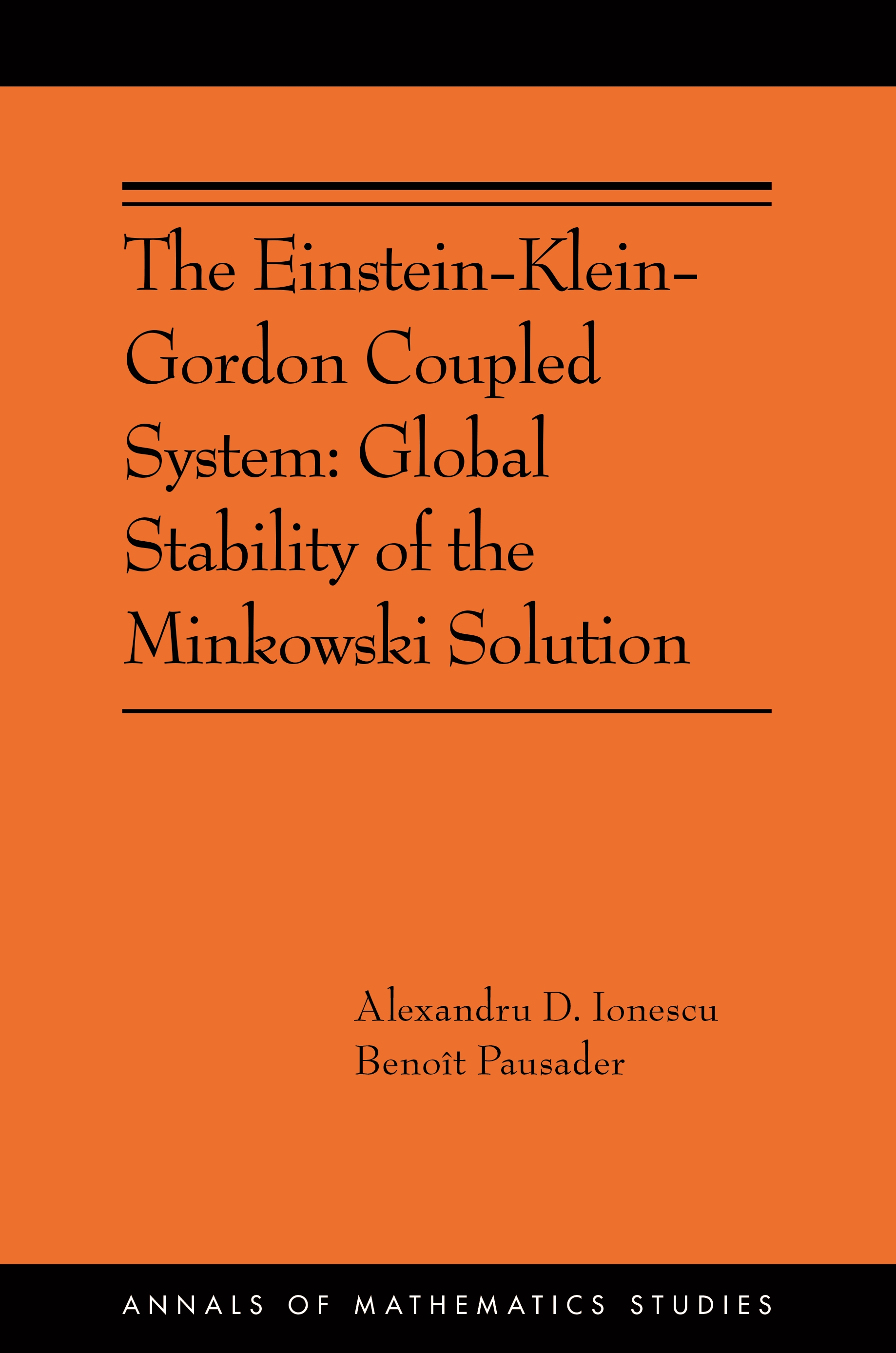 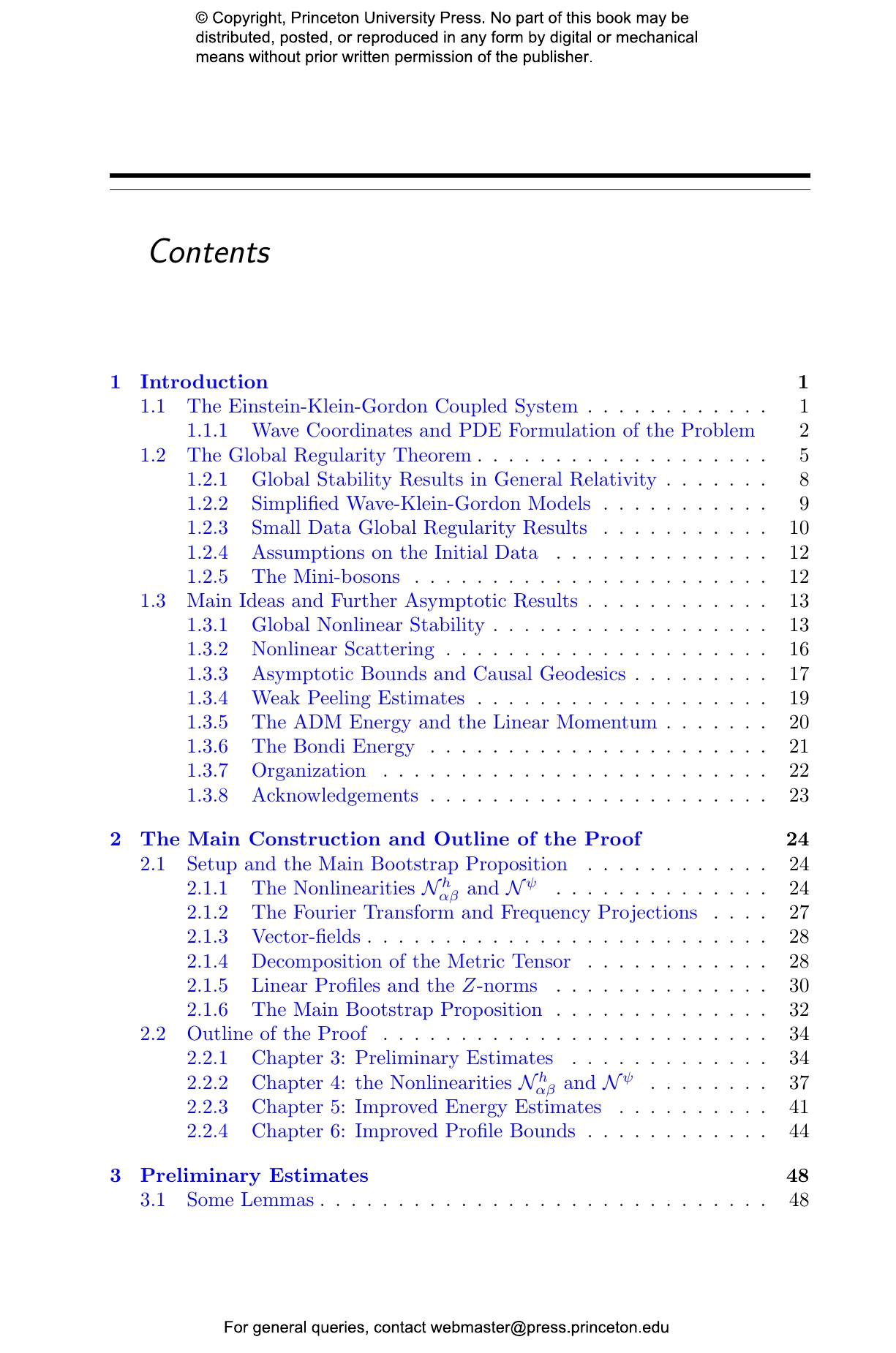 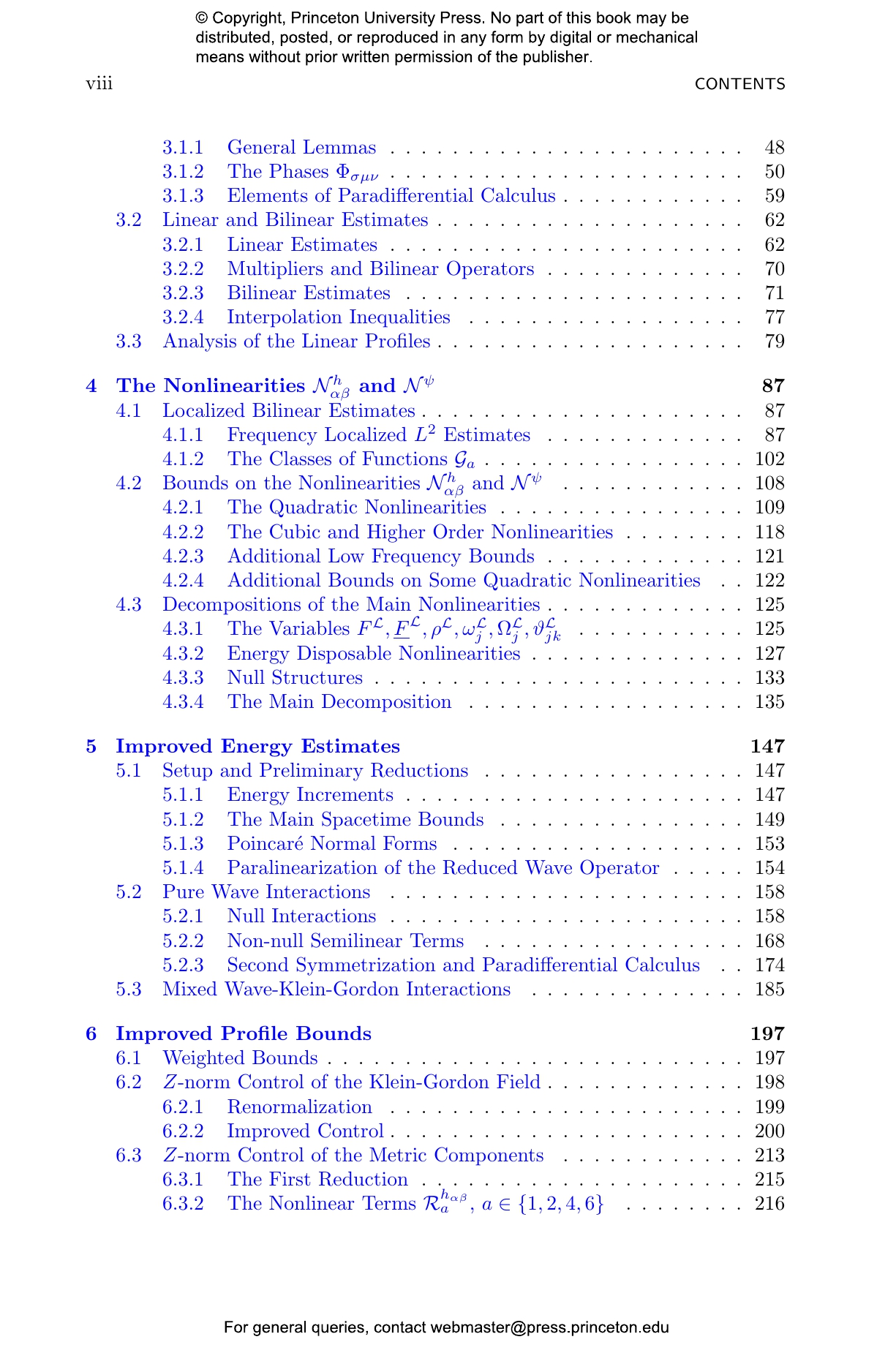 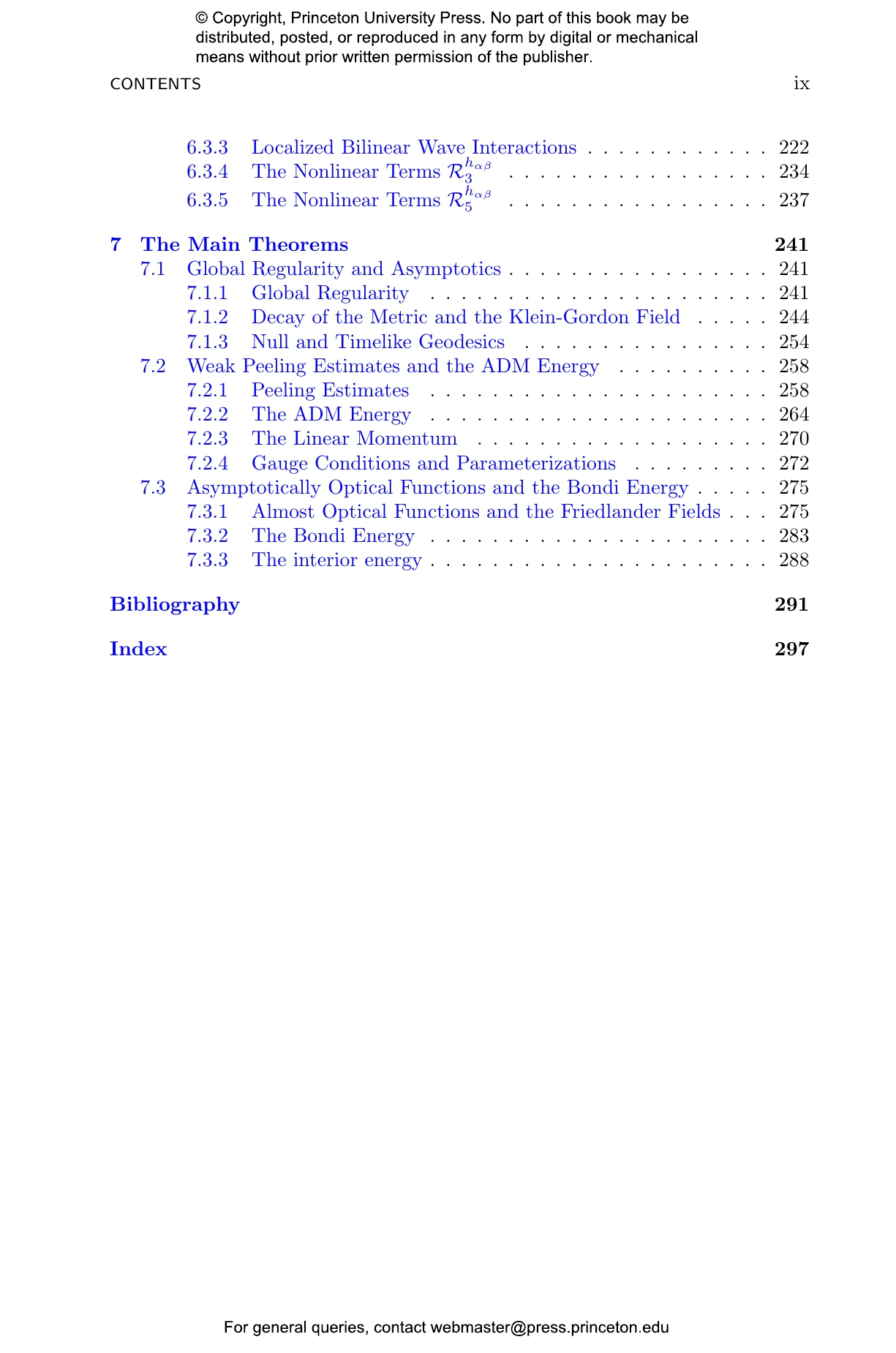 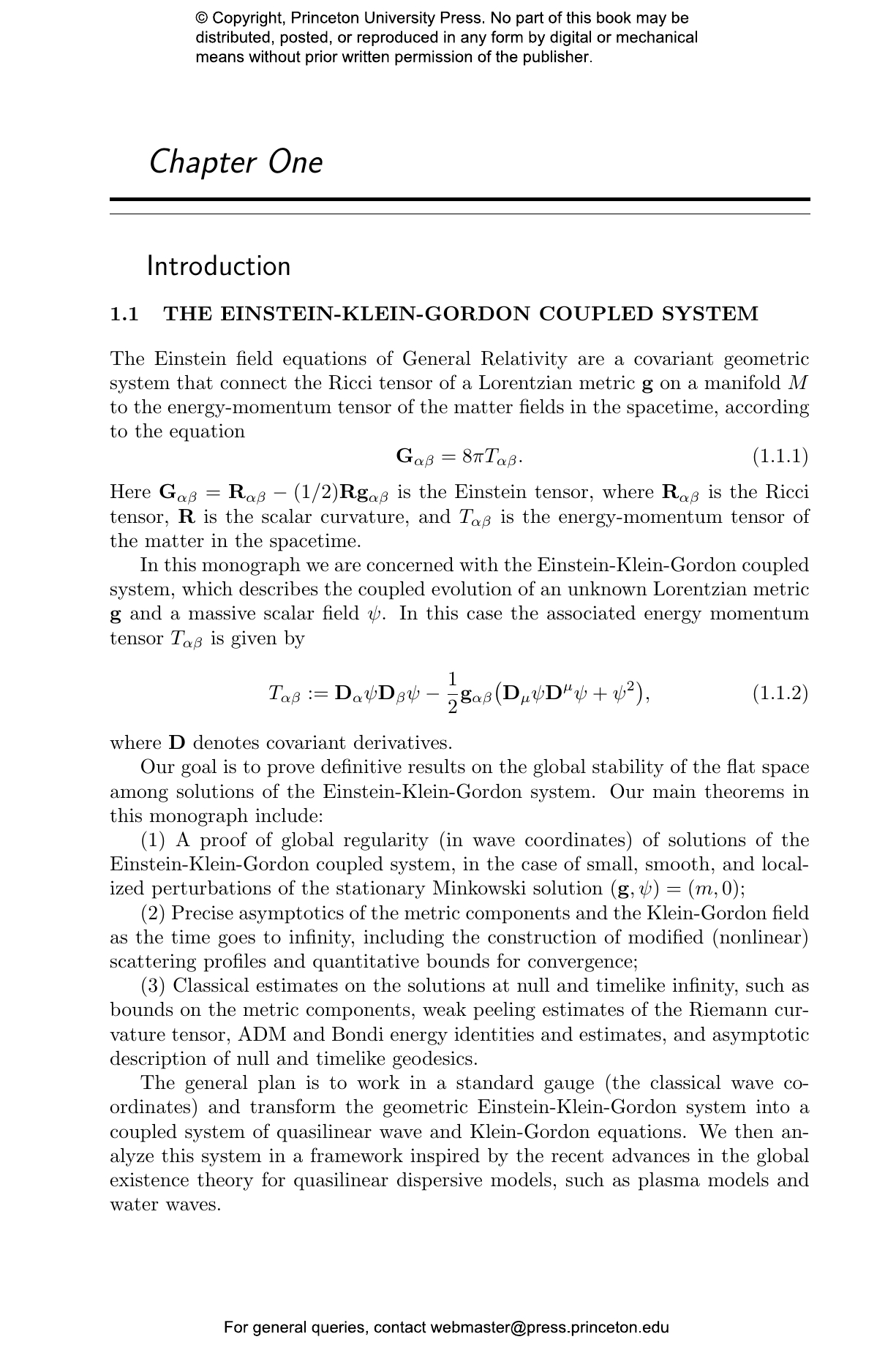 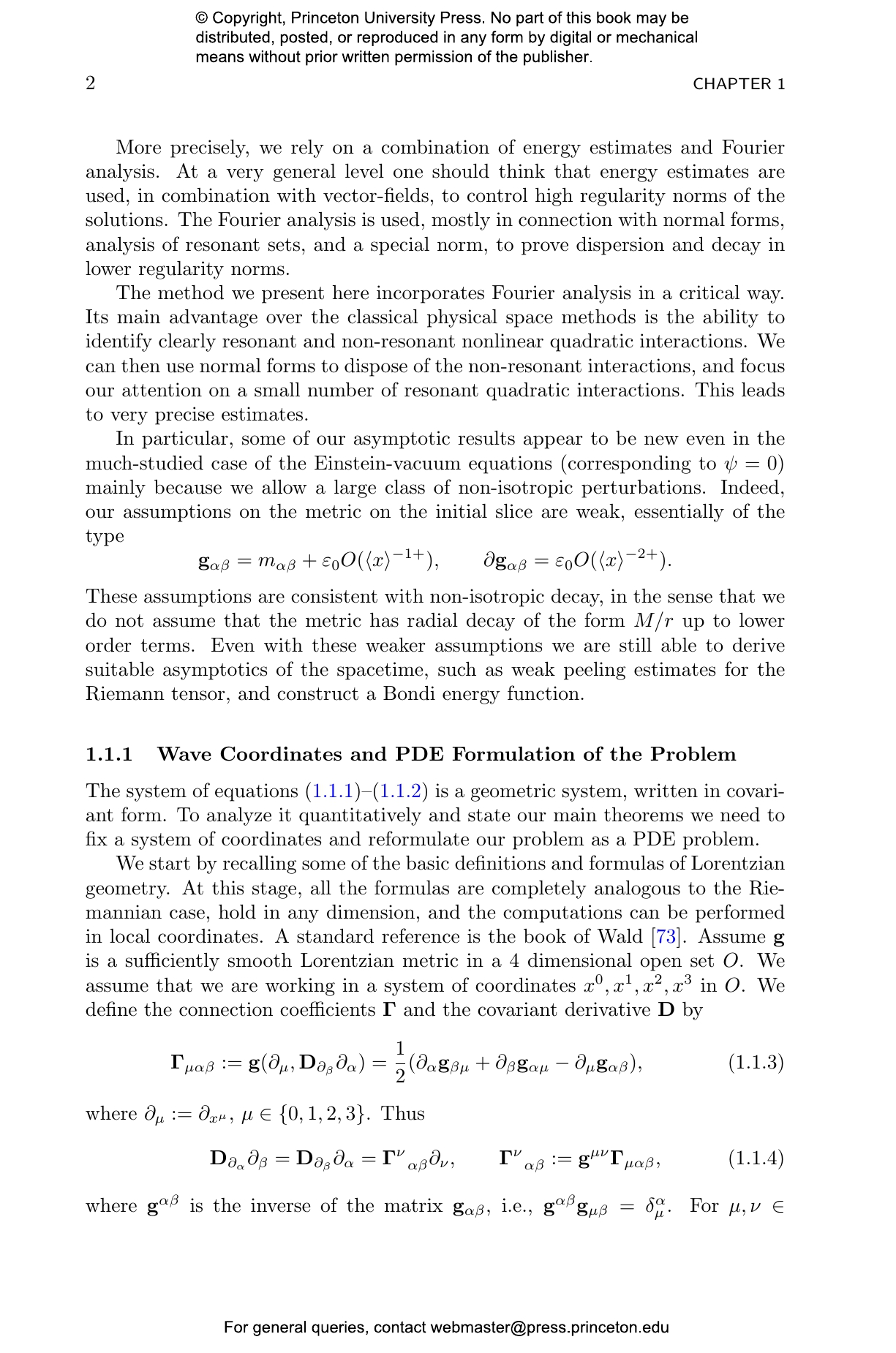 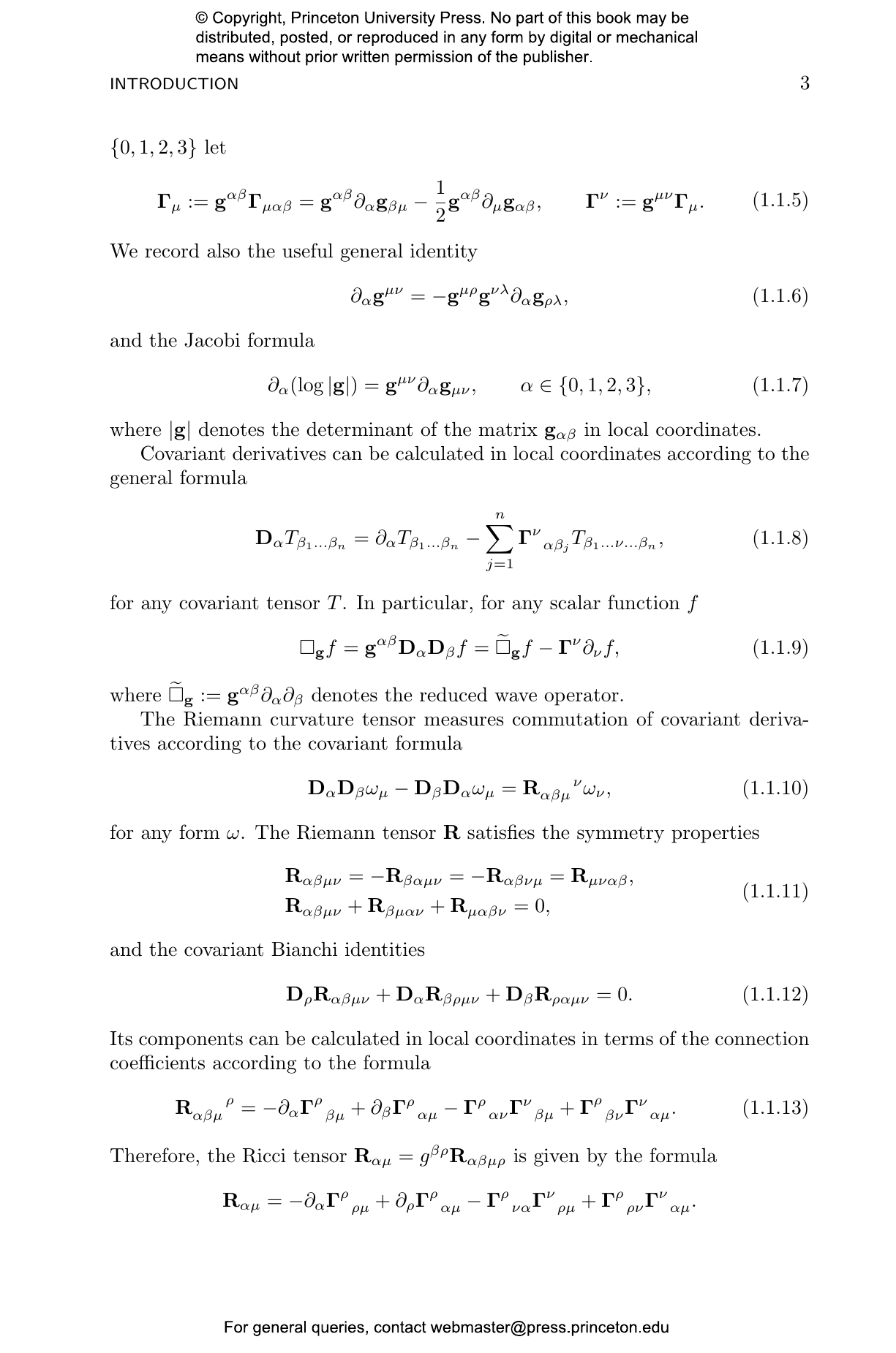 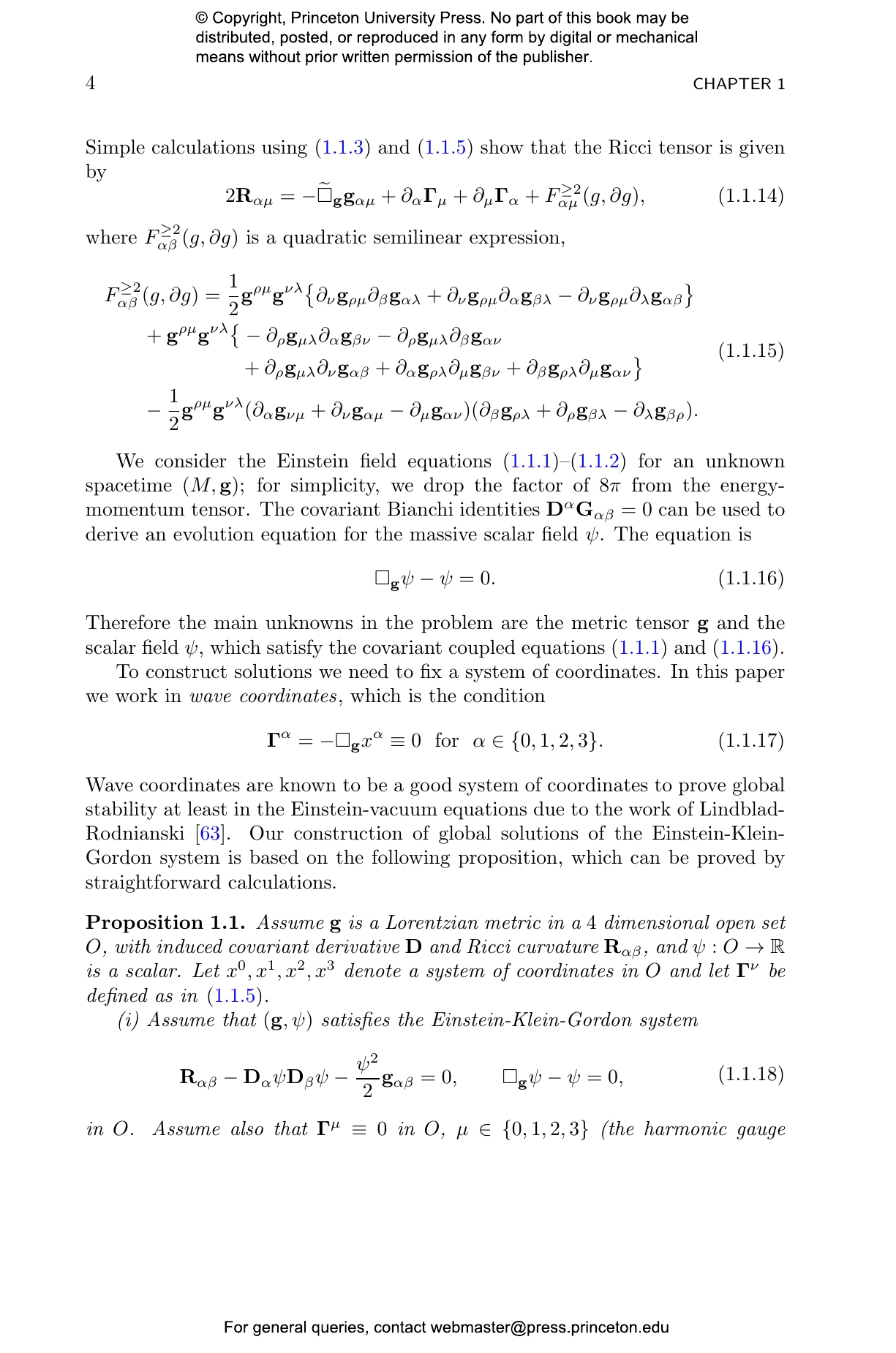 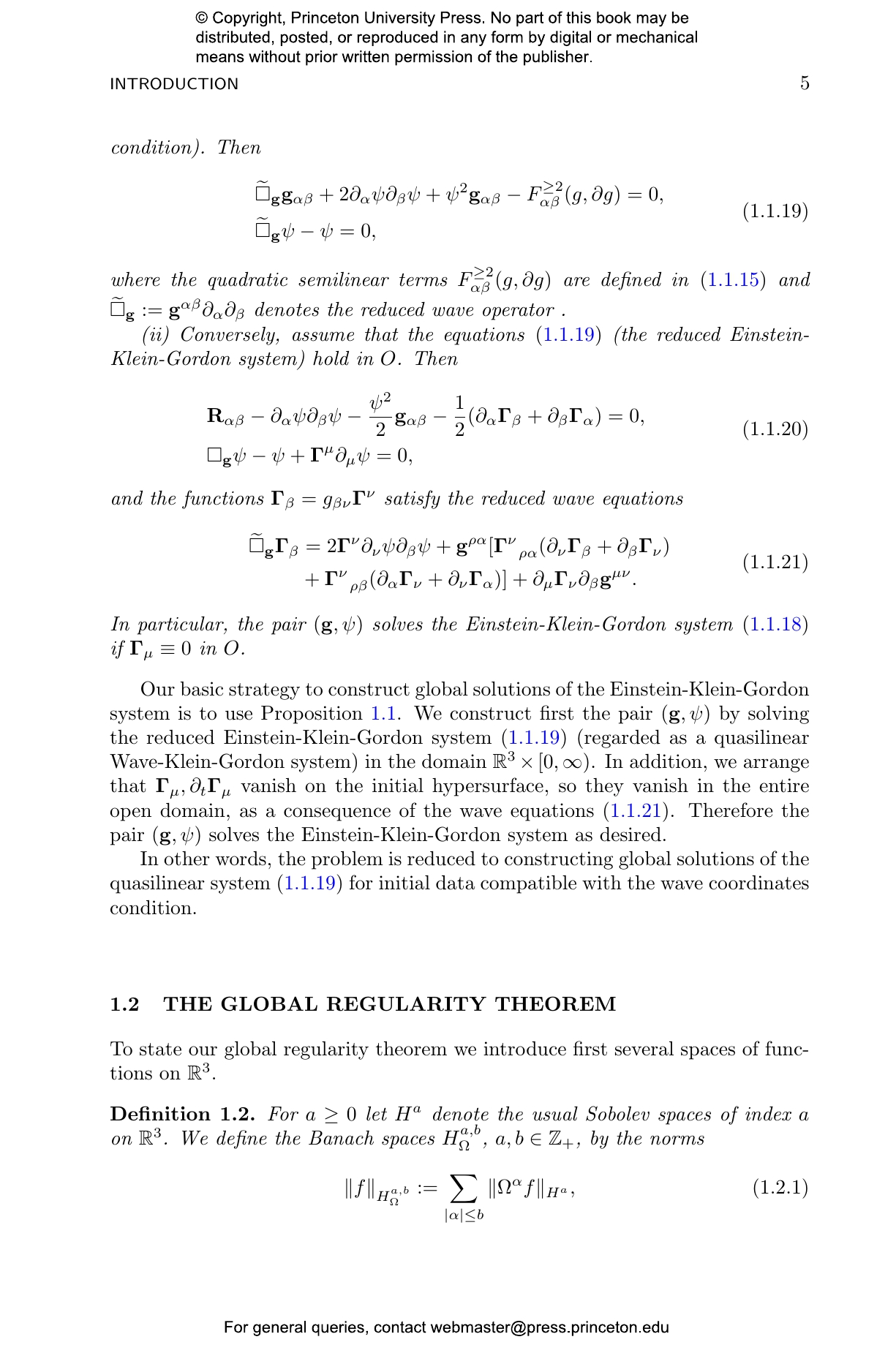 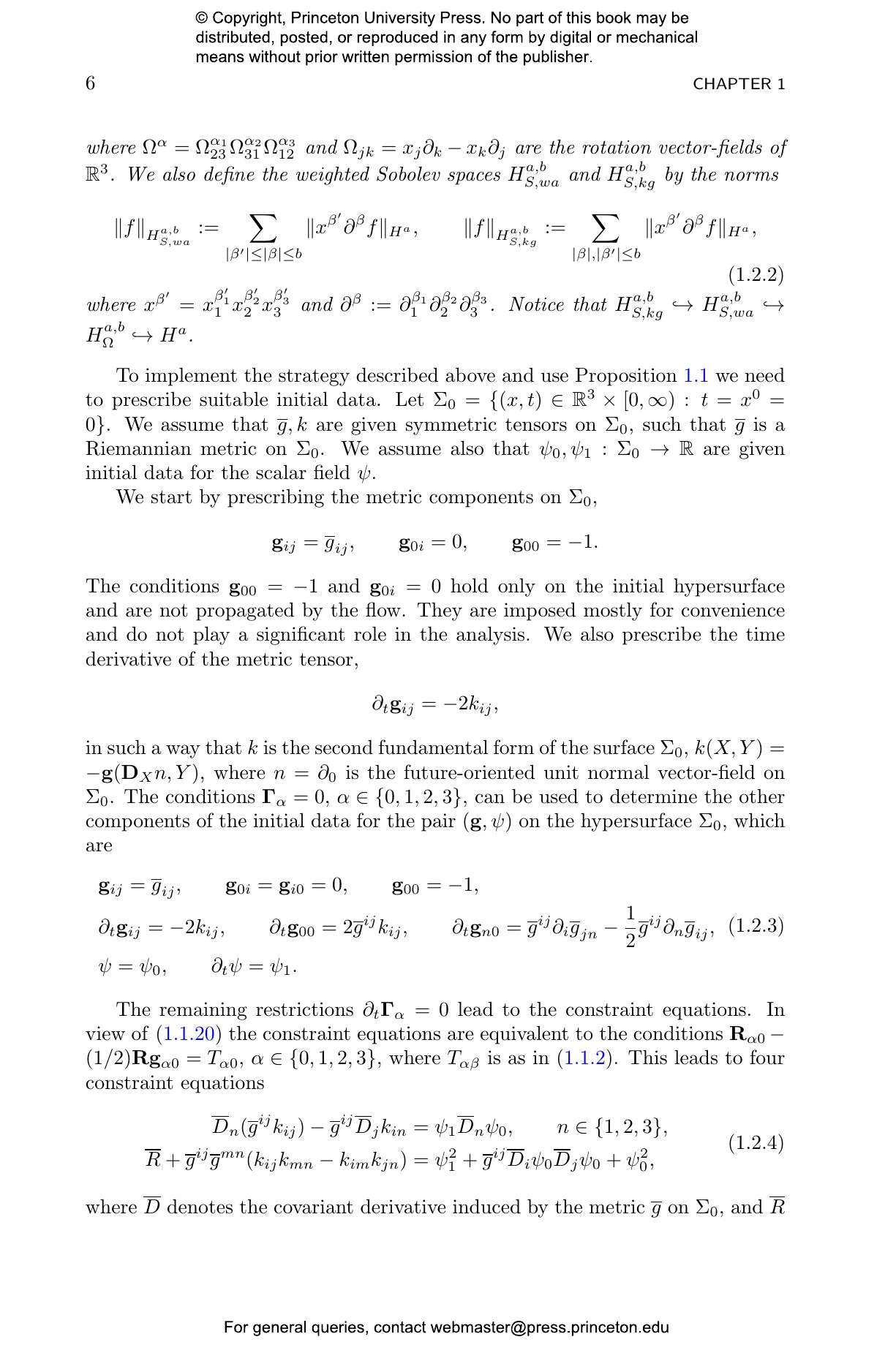 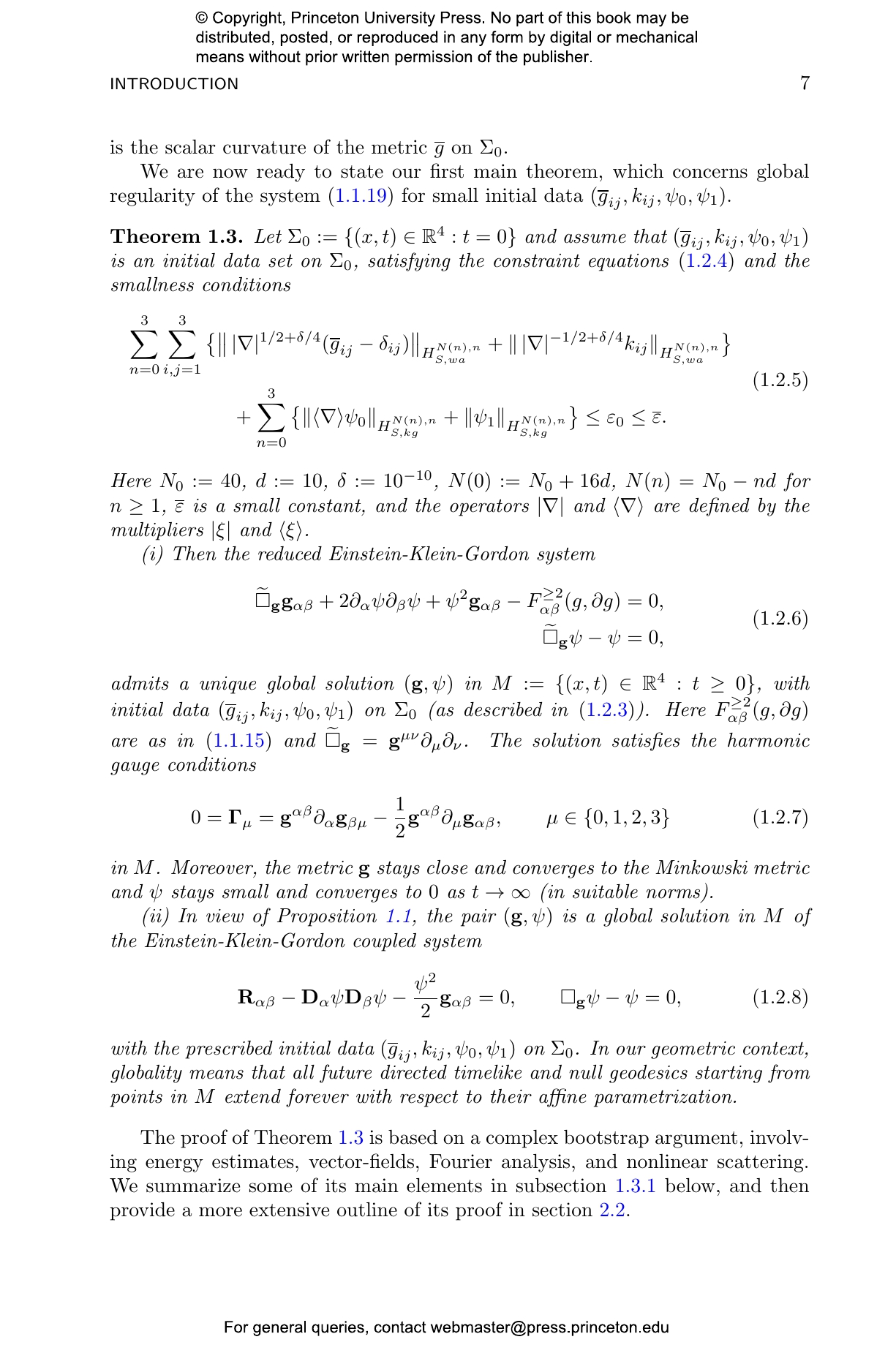 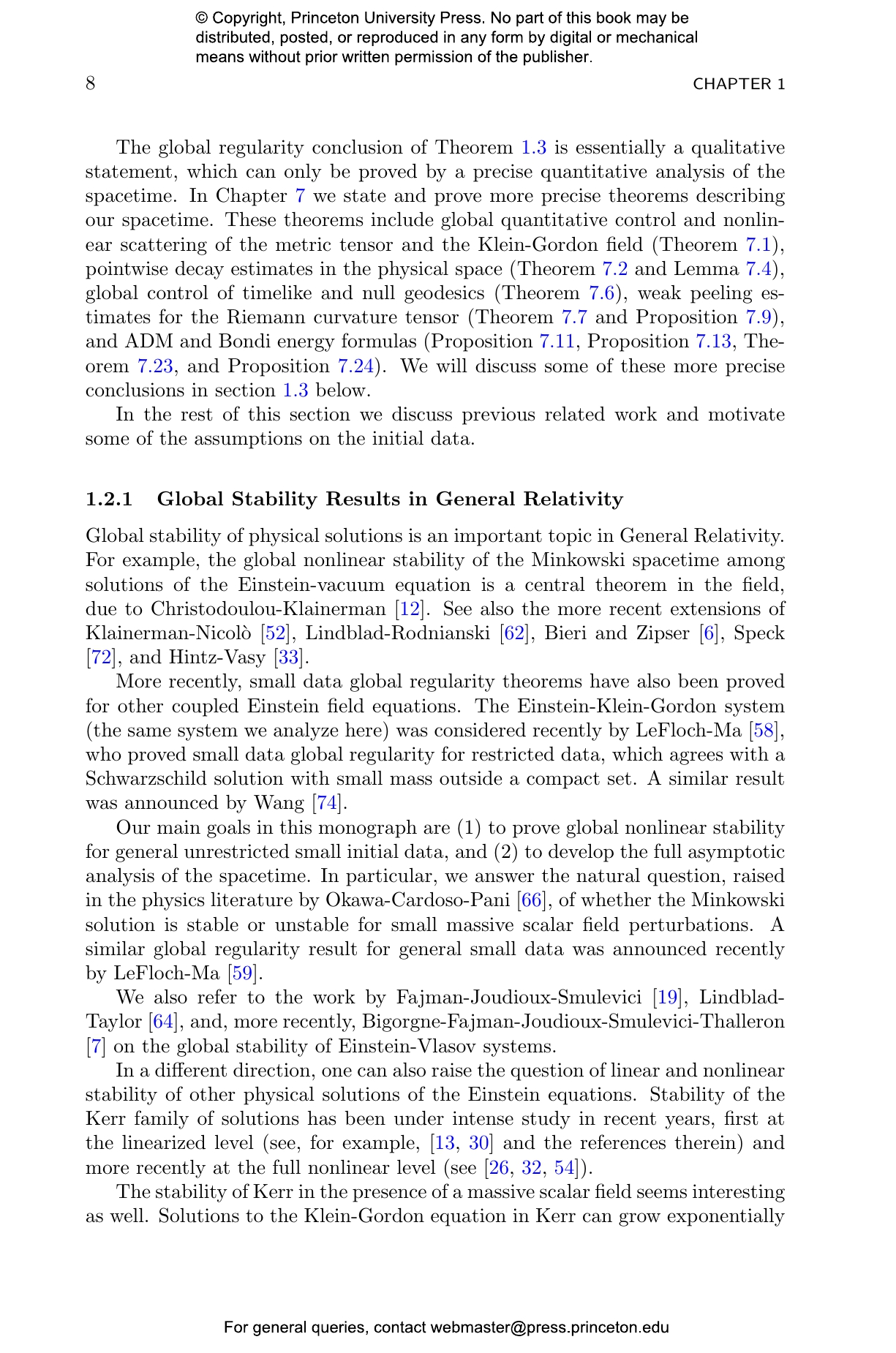 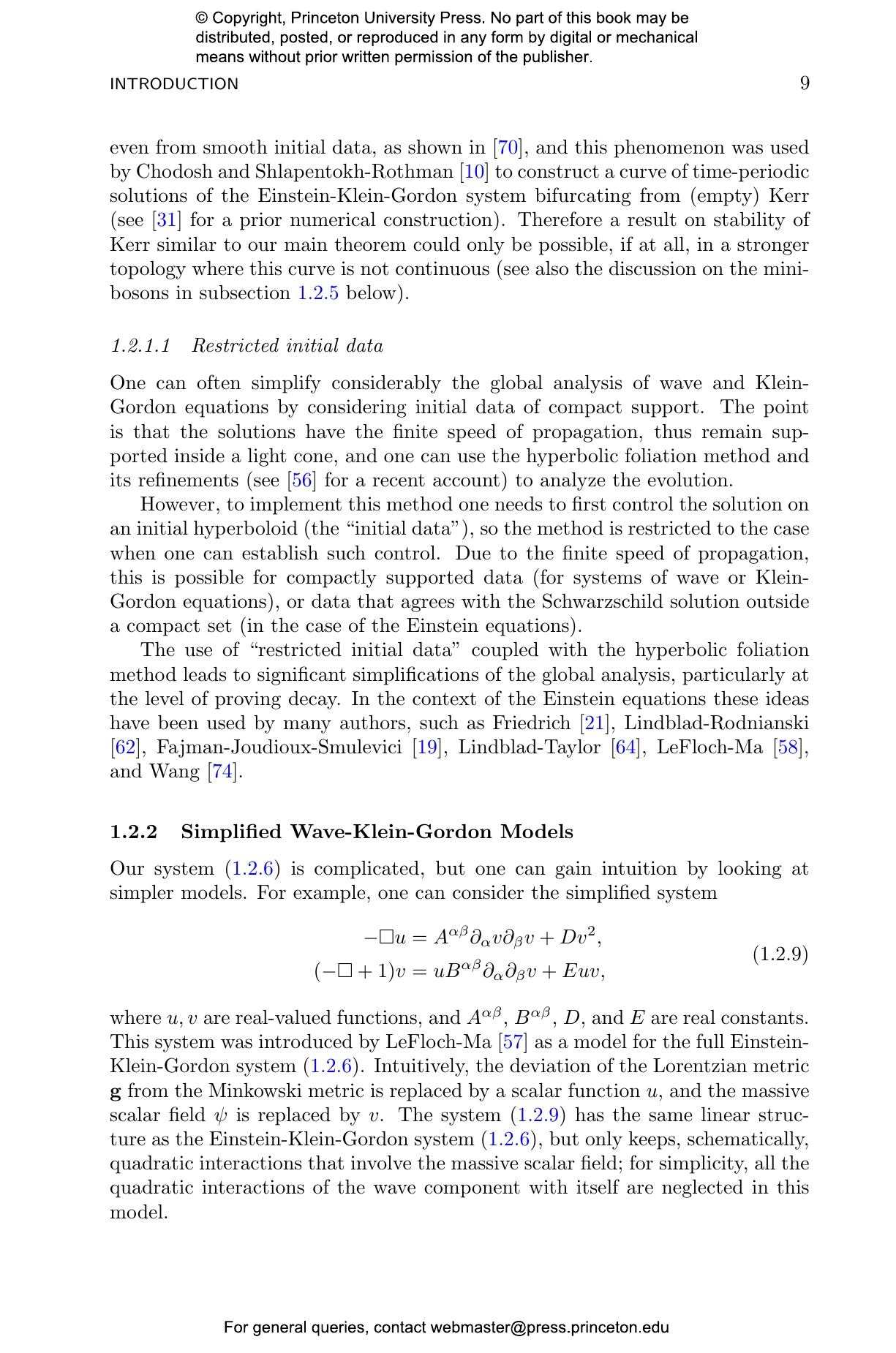 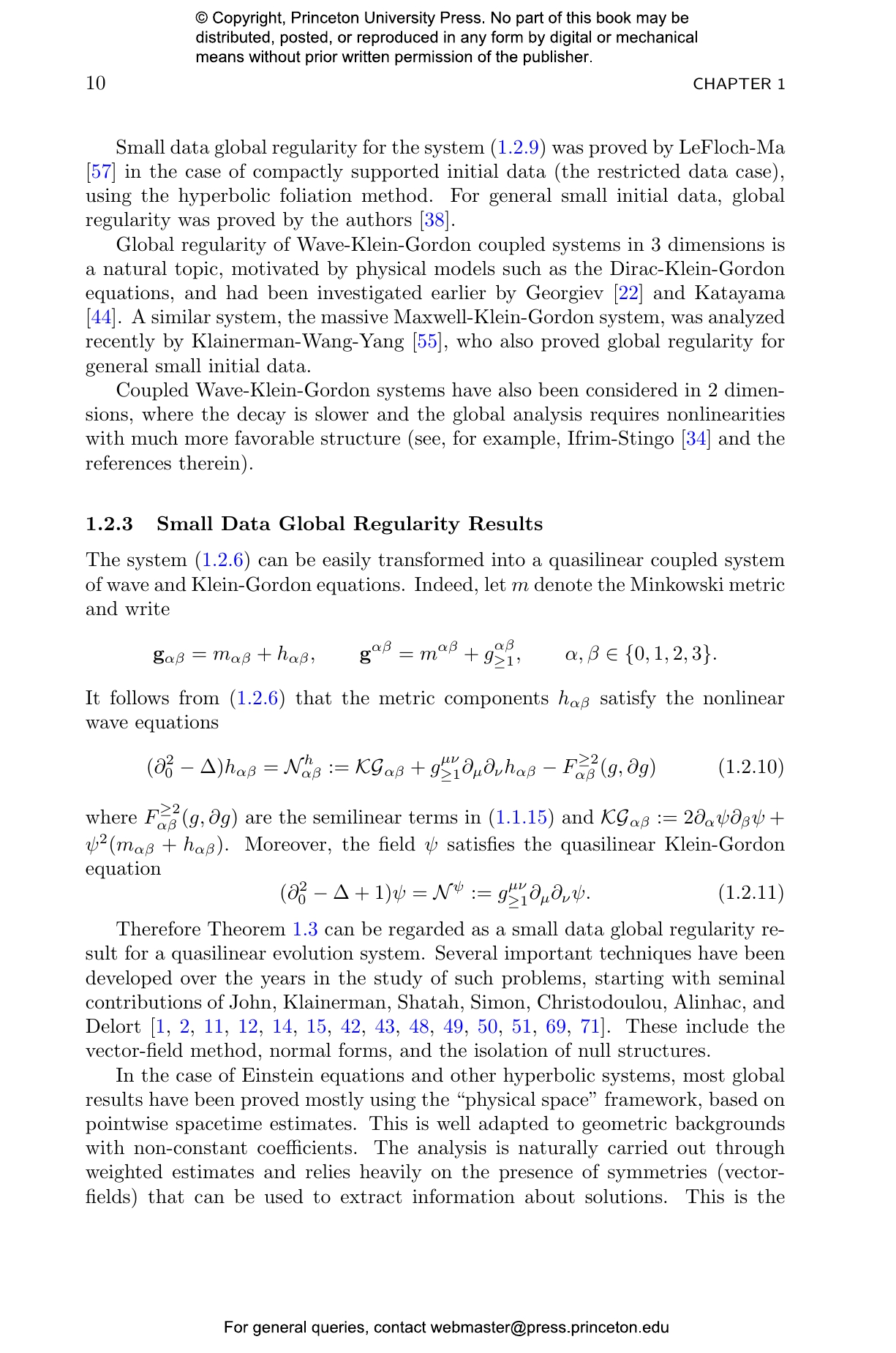 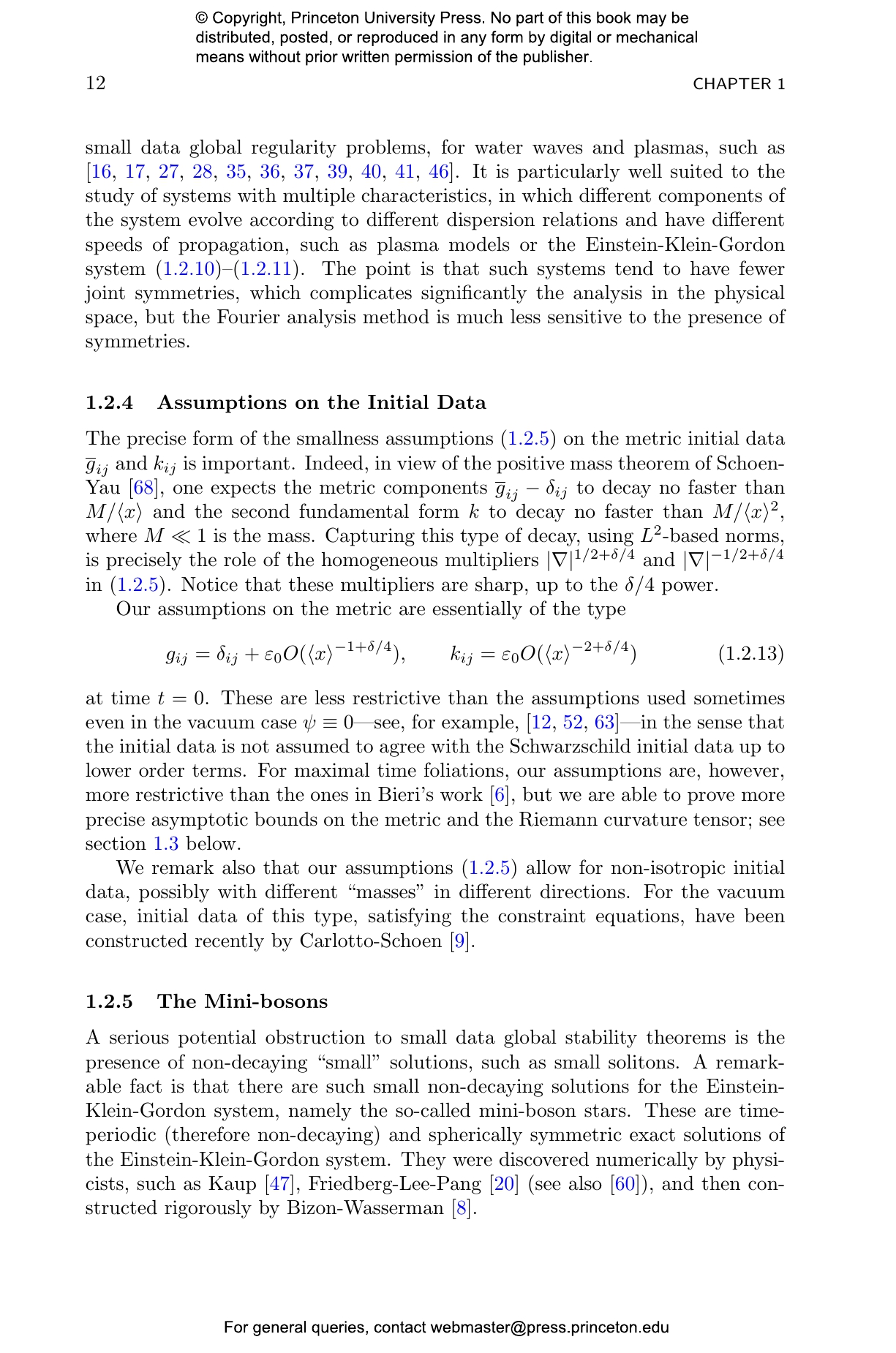 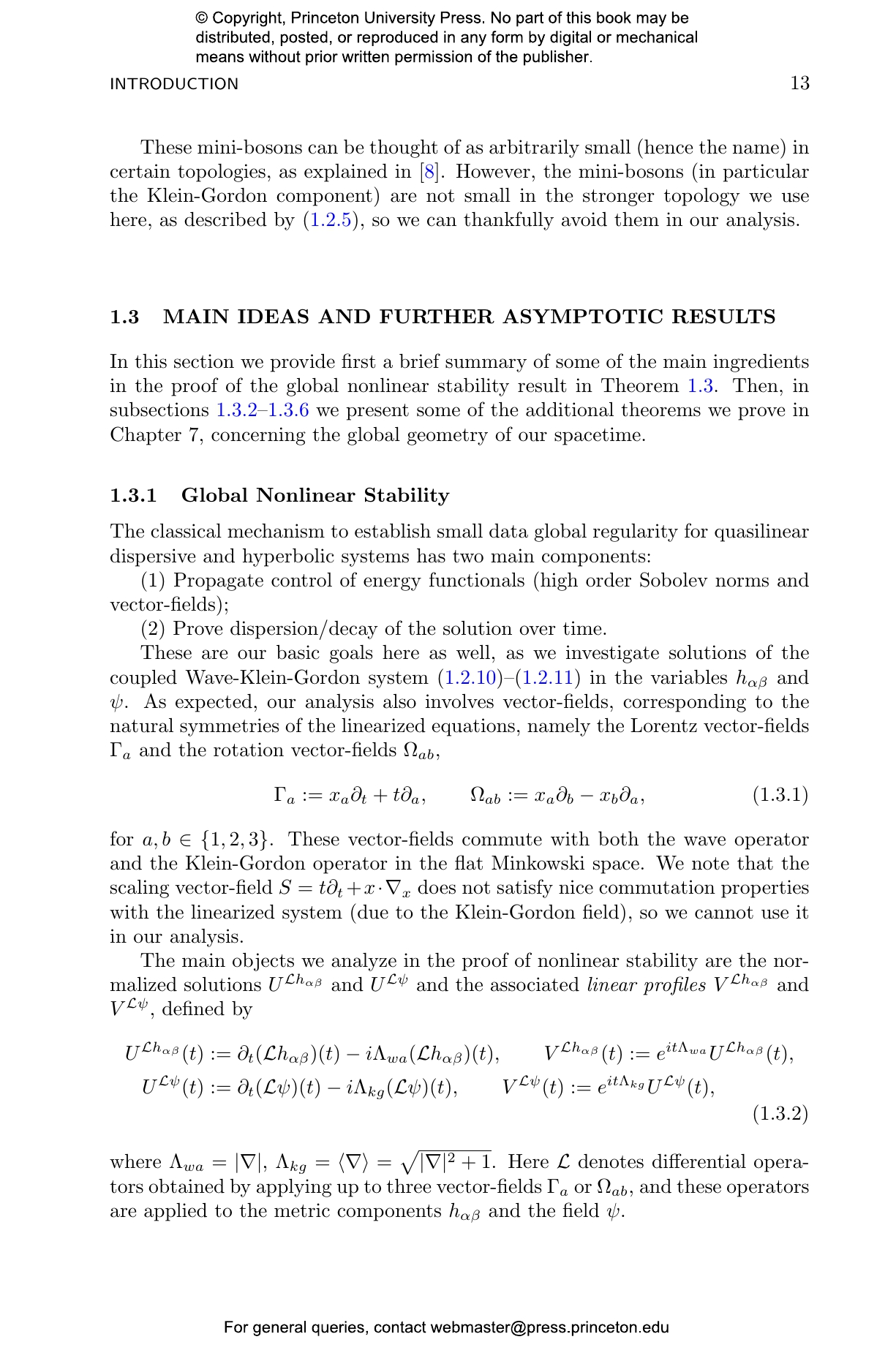 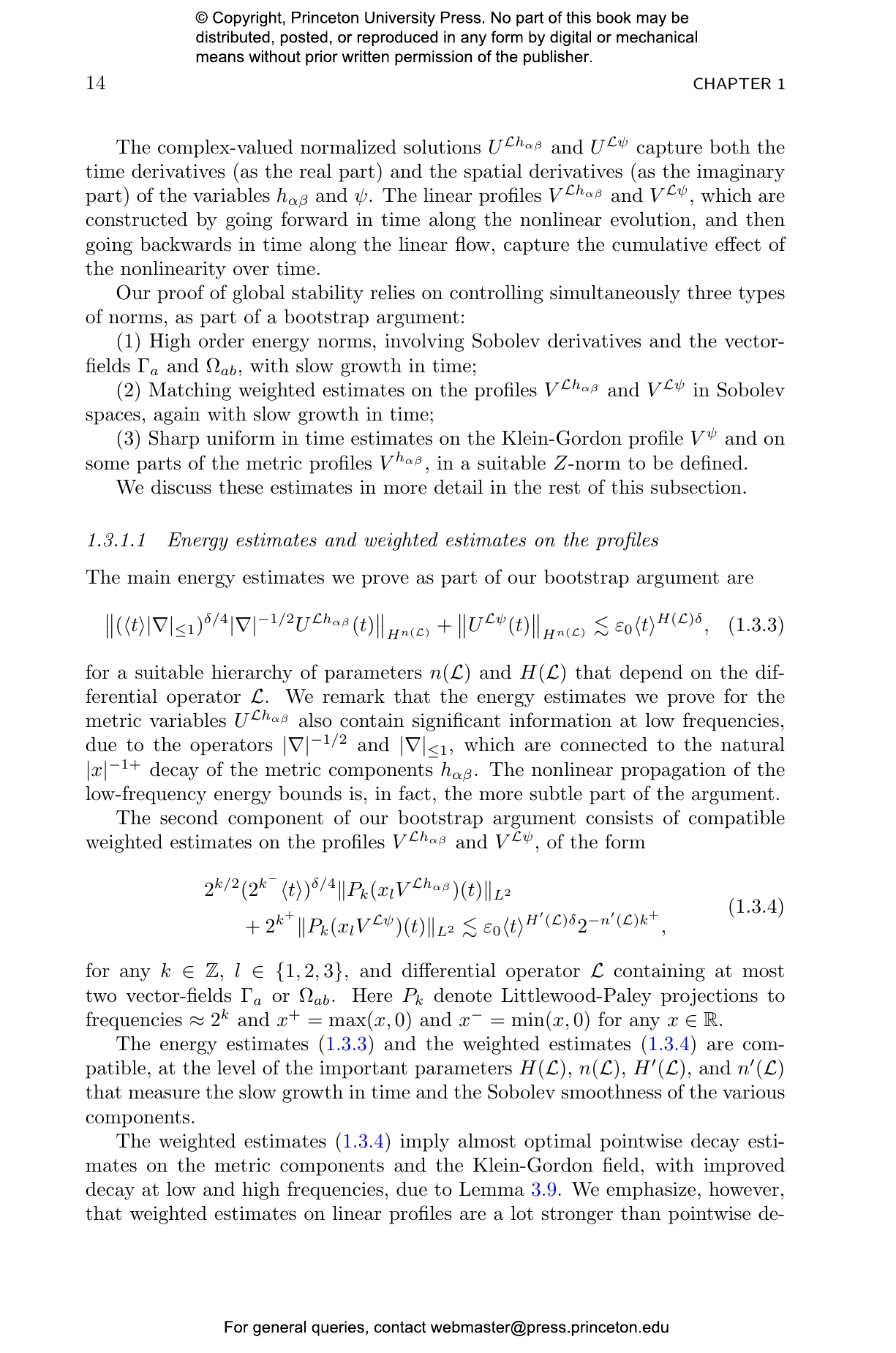 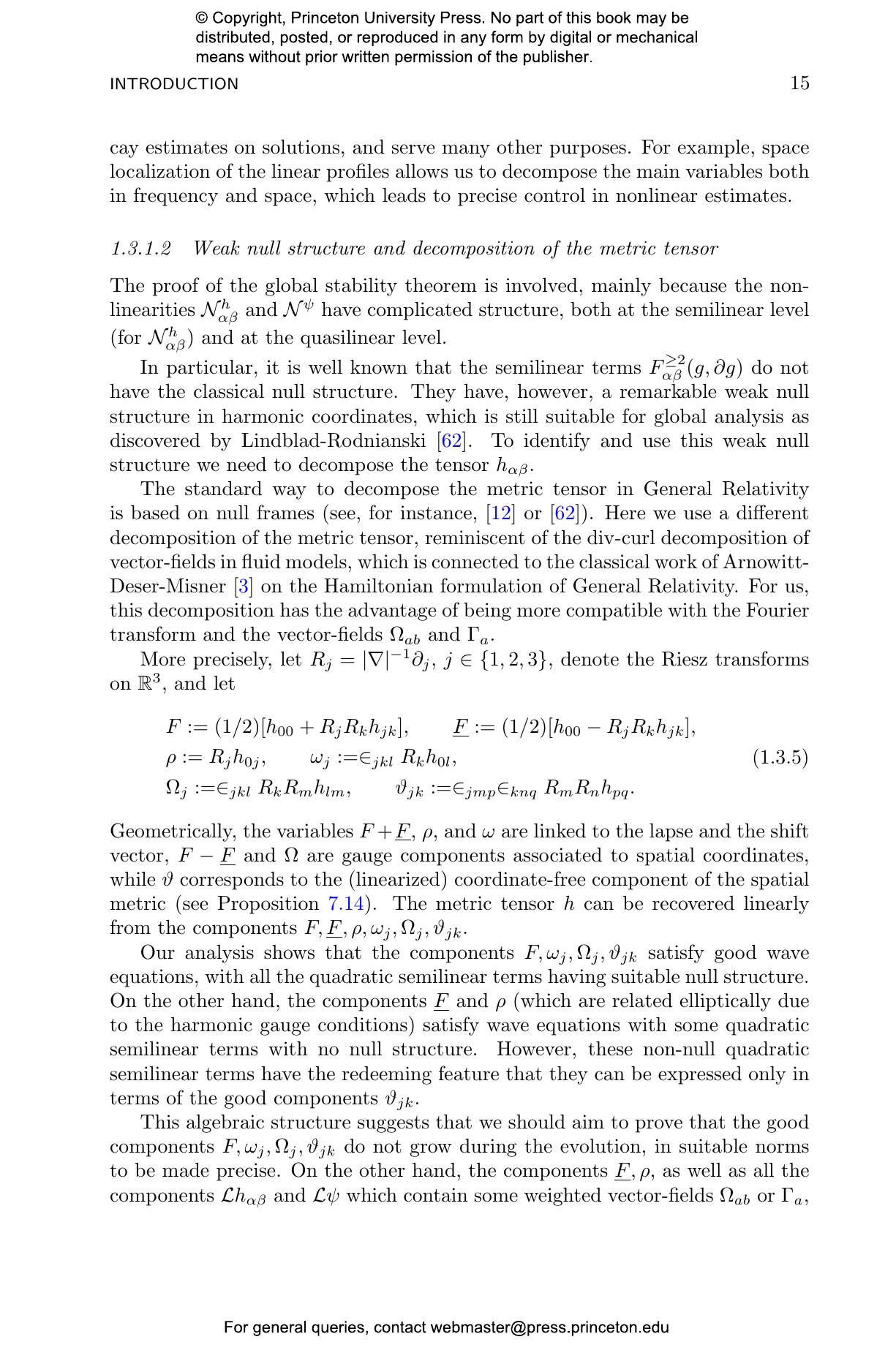 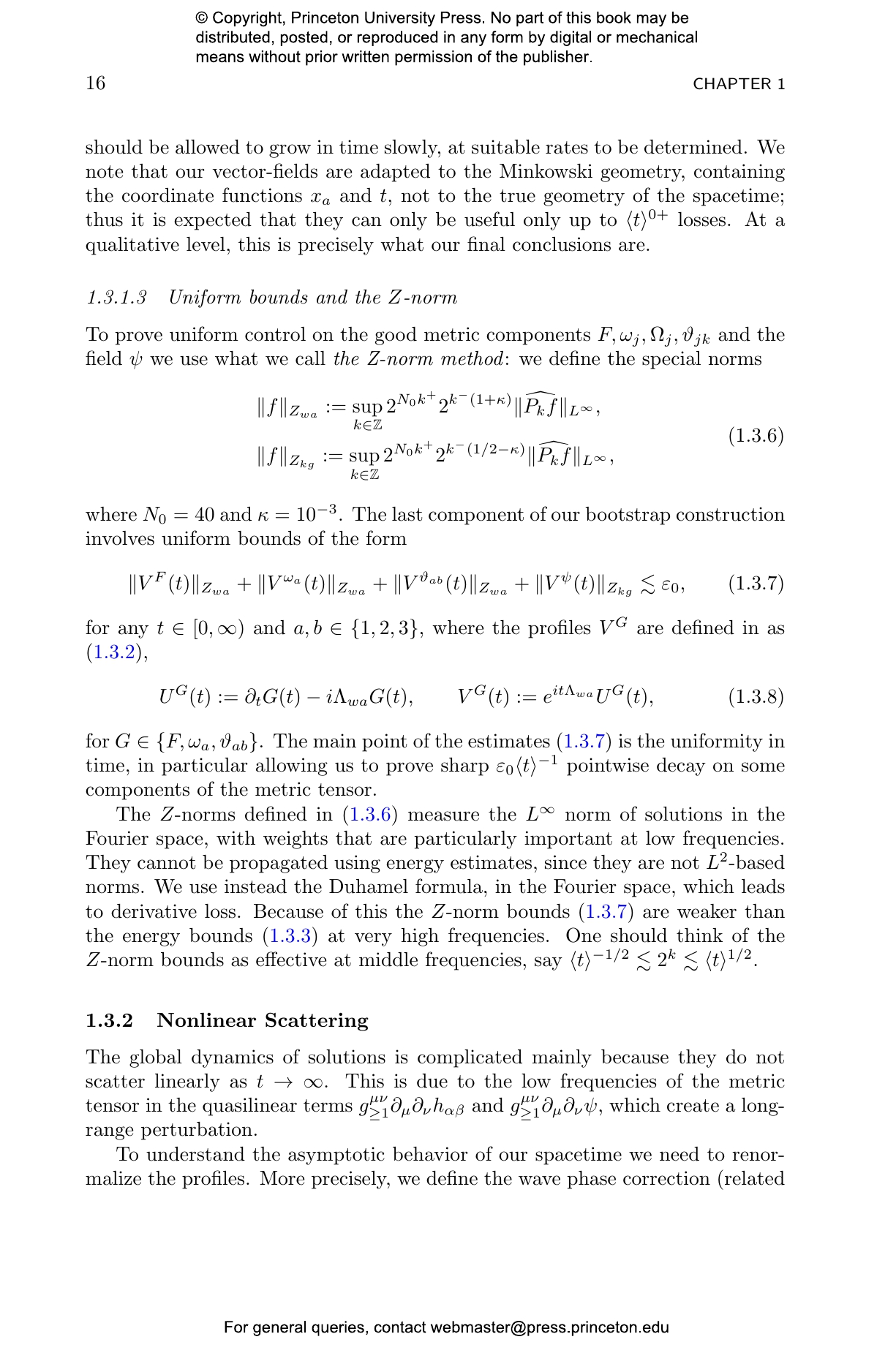 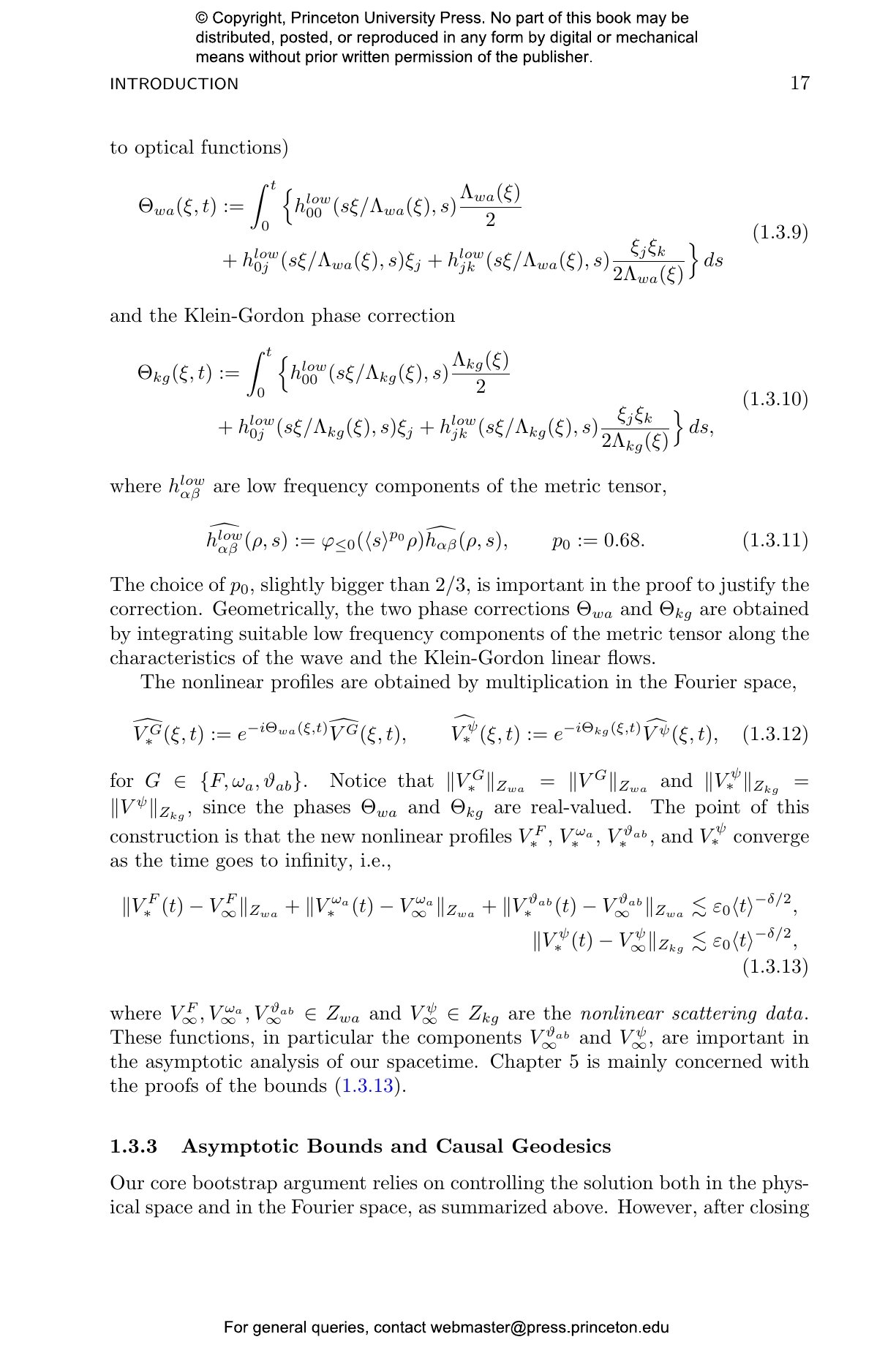 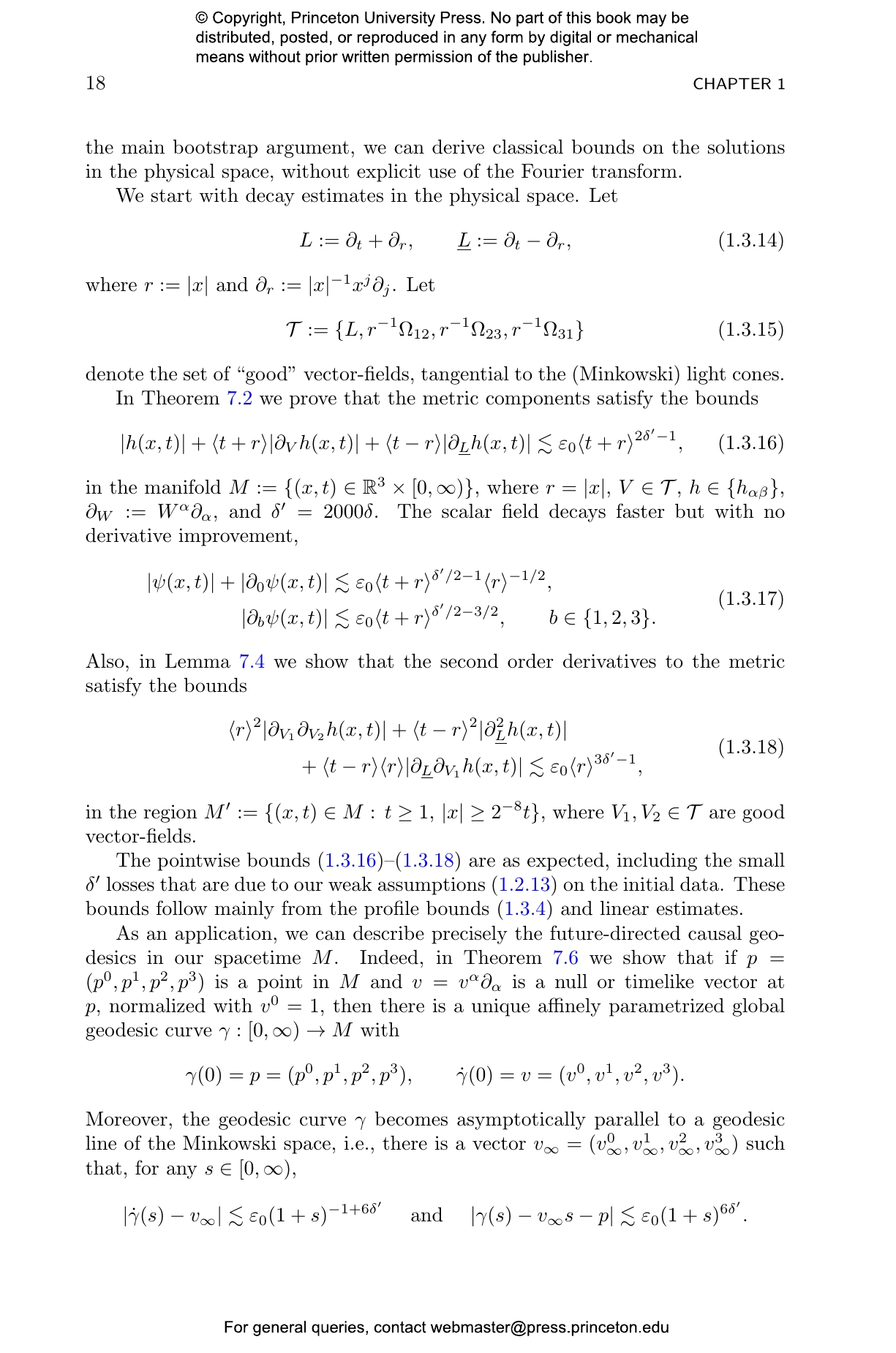 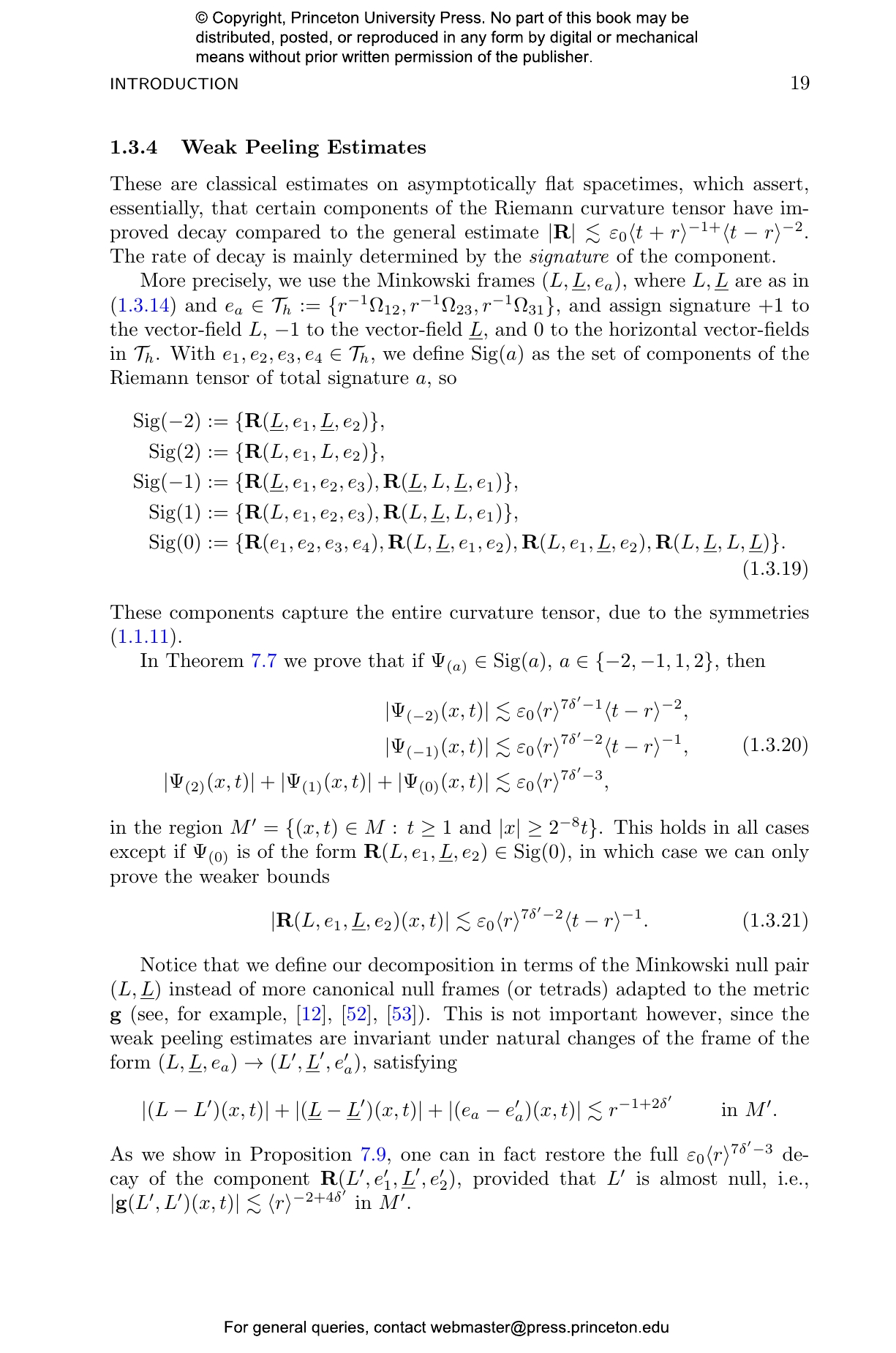 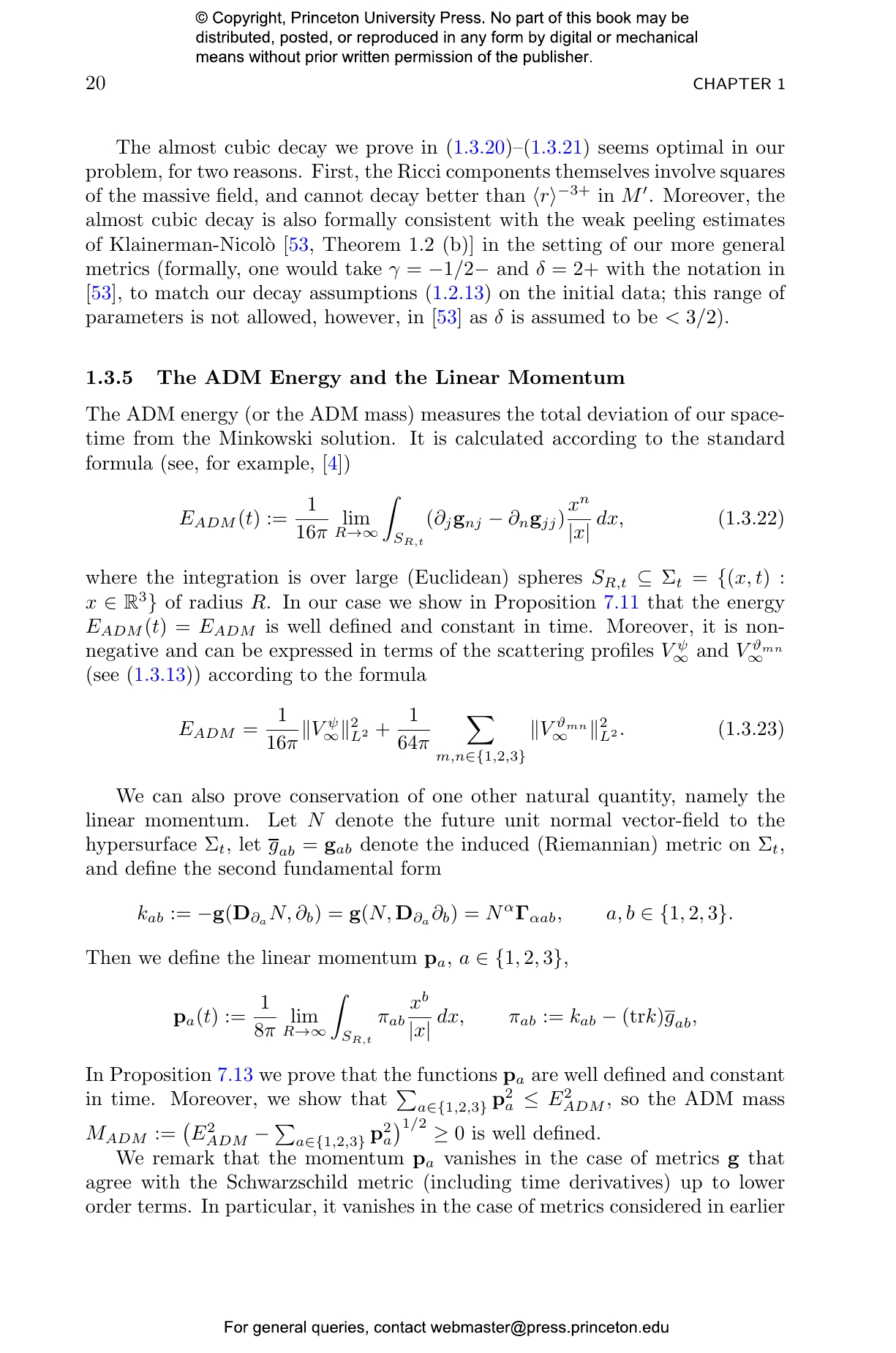 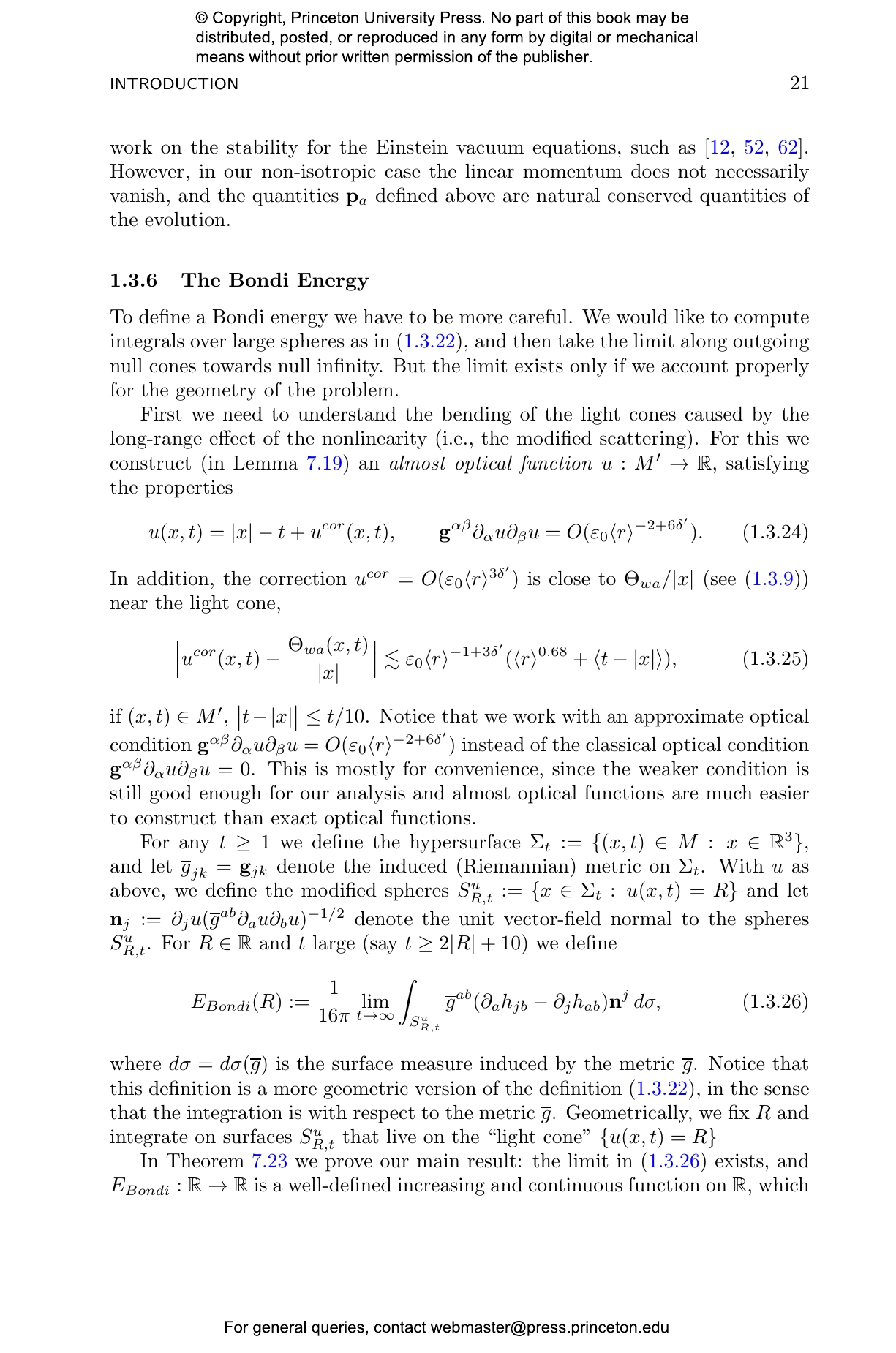 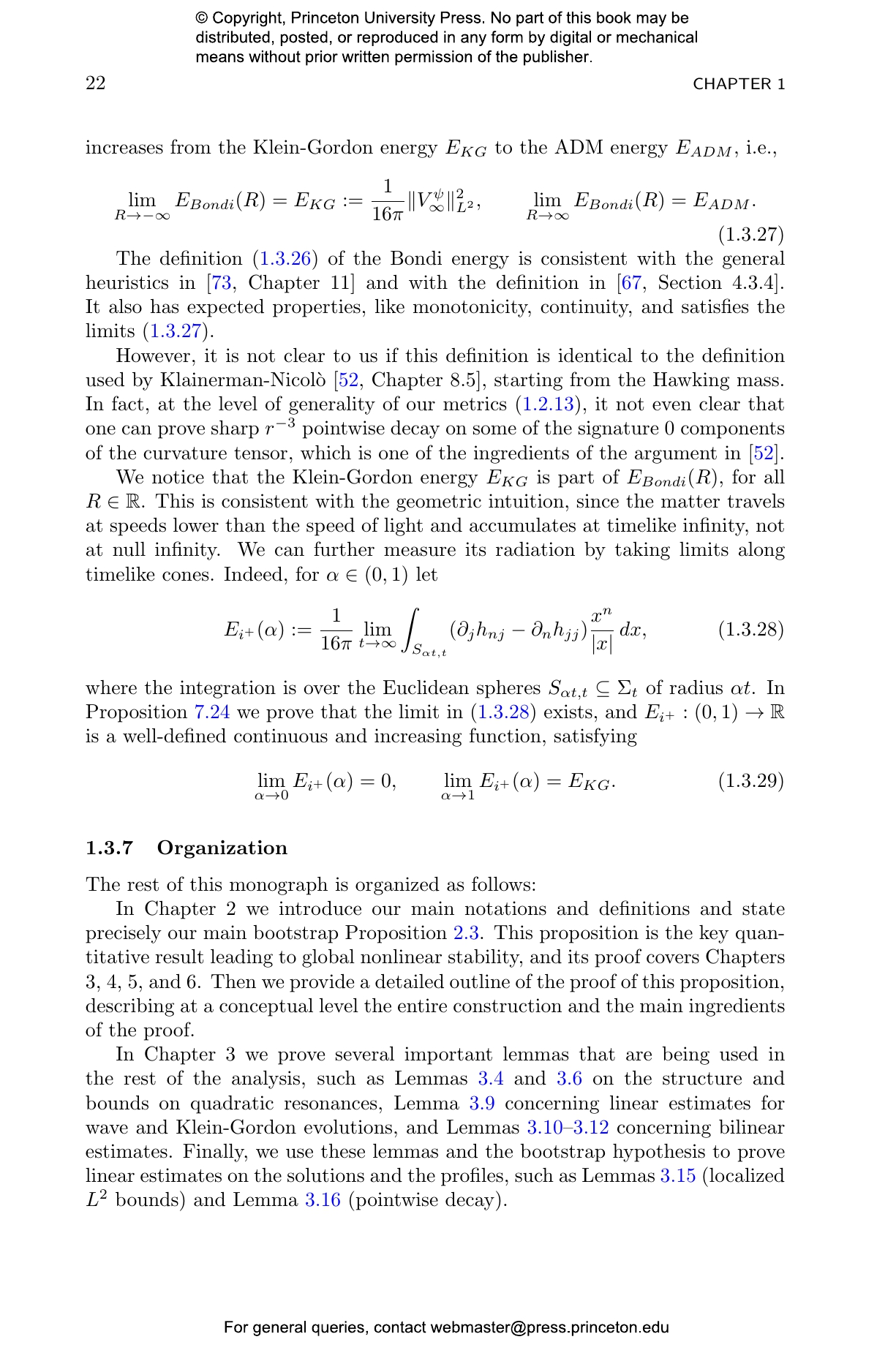 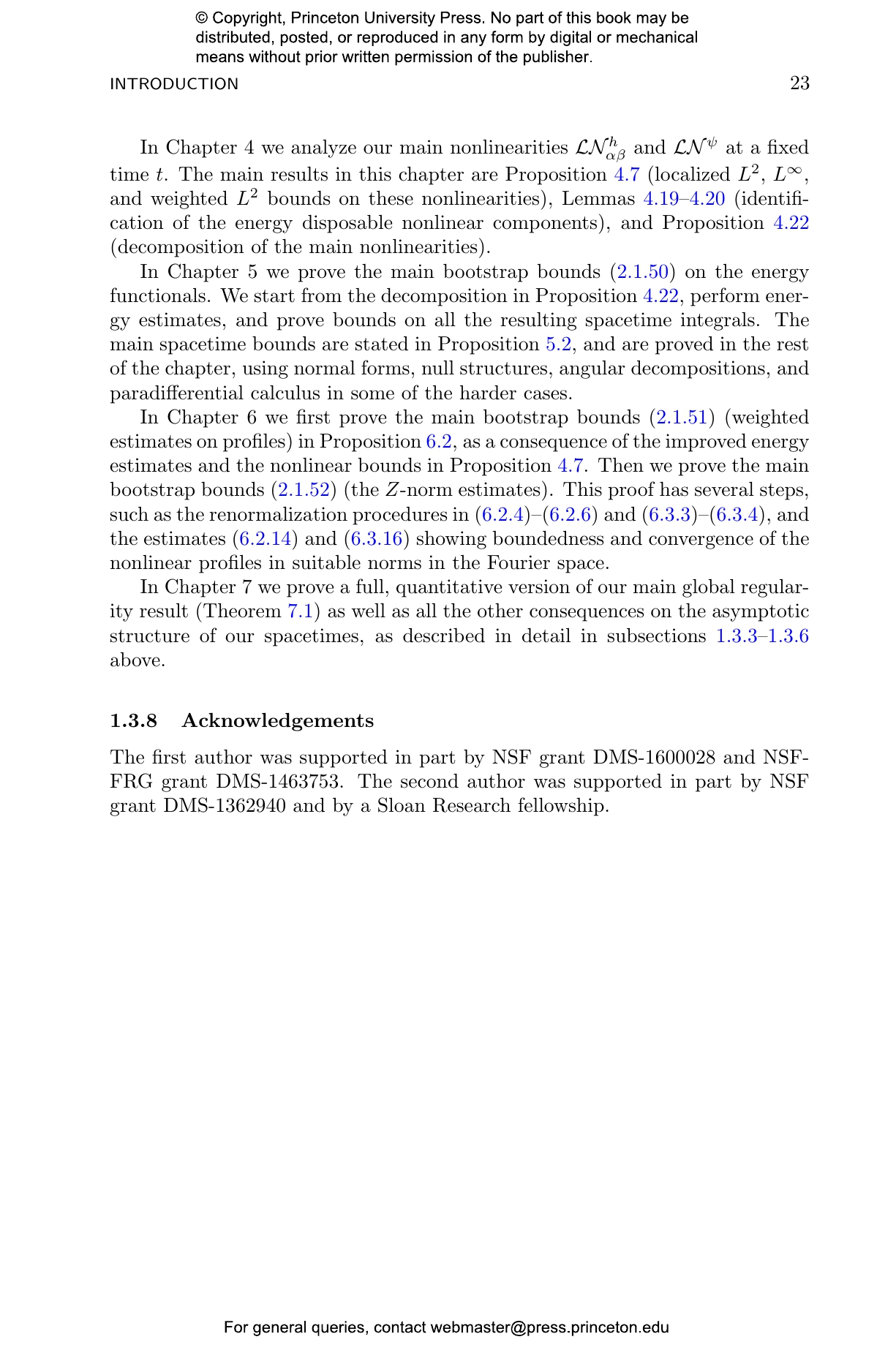 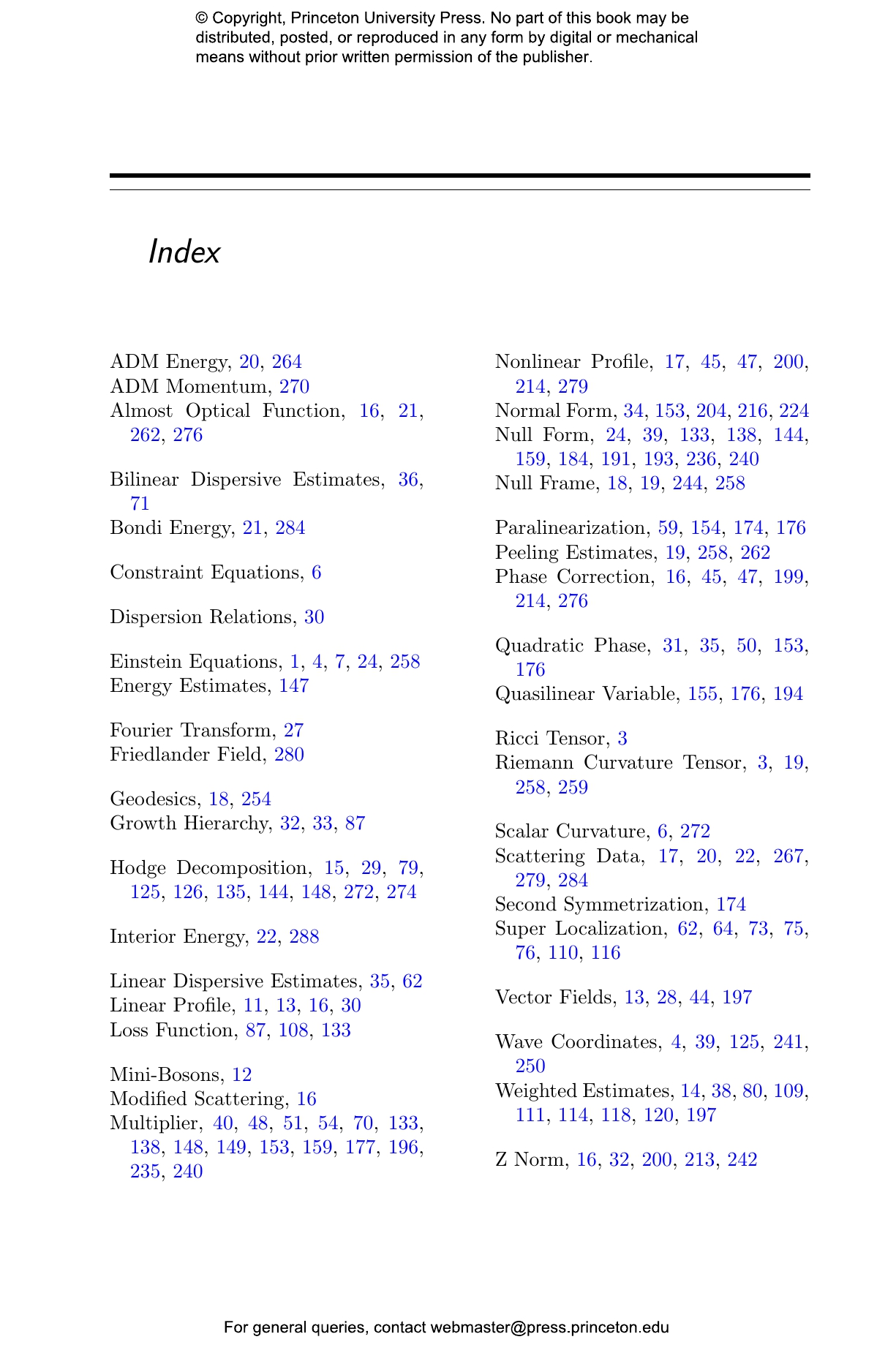 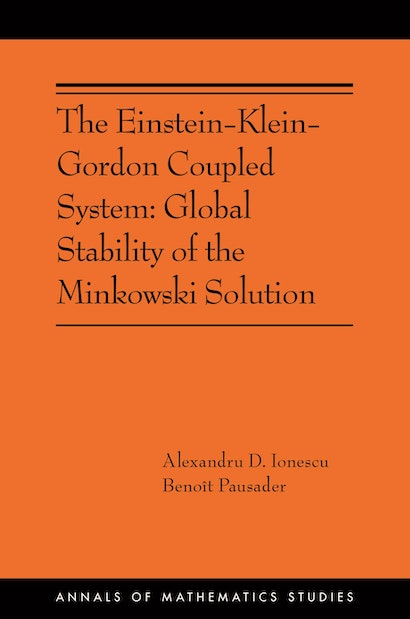 This book provides a definitive proof of global nonlinear stability of Minkowski space-time as a solution of the Einstein-Klein-Gordon equations of general relativity. Along the way, a novel robust analytical framework is developed, which extends to more general matter models. Alexandru Ionescu and Benoît Pausader prove global regularity at an appropriate level of generality of the initial data, and then prove several important asymptotic properties of the resulting space-time, such as future geodesic completeness, peeling estimates of the Riemann curvature tensor, conservation laws for the ADM tensor, and Bondi energy identities and inequalities.

The book is self-contained, providing complete proofs and precise statements, which develop a refined theory for solutions of quasilinear Klein-Gordon and wave equations, including novel linear and bilinear estimates. Only mild decay assumptions are made on the scalar field and the initial metric is allowed to have nonisotropic decay consistent with the positive mass theorem. The framework incorporates analysis both in physical and Fourier space, and is compatible with previous results on other physical models such as water waves and plasma physics.