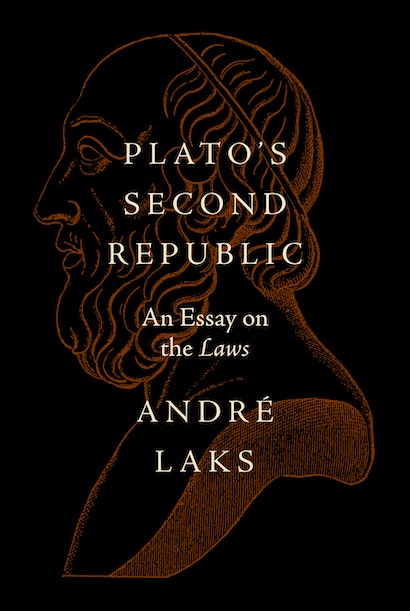 In Plato’s Second Republic, André Laks argues that the Laws, Plato’s last and longest dialogue, is also his most important political work, surpassing the Republic in historical relevance. Laks offers a thorough reappraisal of this less renowned text, and examines how it provides a critical foundation for the principles of lawmaking. In doing so, he makes clear the tremendous impact the Laws had not only on political philosophy, but also on modern political history.

Laks shows how the four central ideas in the Laws—the corruptibility of unchecked power, the rule of law, a “middle” constitution, and the political necessity of legislative preambles—are articulated within an intricate and masterful literary architecture. He reveals how the work develops a theological conception of law anchored in political ideas about a god, divine reason, that is the measure of political order. Laks’s reading opens a complex analysis of the relationships between rulers and citizens; their roles in a political system; the power of reason and persuasion, as opposed to force, in commanding obedience; and the place of freedom.

Plato’s Second Republic presents a sophisticated reevaluation of a philosophical work that has exerted an enormous if often hidden influence even into the present day.

André Laks is professor emeritus of ancient philosophy at the Paris-Sorbonne University and teaches at the Panamerican University in Mexico City. He is the coeditor of the Loeb Classical Library’s nine-volume Early Greek Philosophy.

“Laks is the leading expert on Plato’s Laws and his magisterial knowledge of the Greek corpus and Greek grammar is infused throughout this book. This is a landmark in the scholarly literature on Plato.”—Melissa Lane, Princeton University

“This is one of the most important books on Plato published in the last fifty years or more. Laks is one of the best, subtlest readers of Plato we have and Plato's Second Republic is a necessary corrective, whether for general readers, classicists, historians of philosophy, or indeed—and especially—political philosophers.”—Christopher Rowe, Durham University