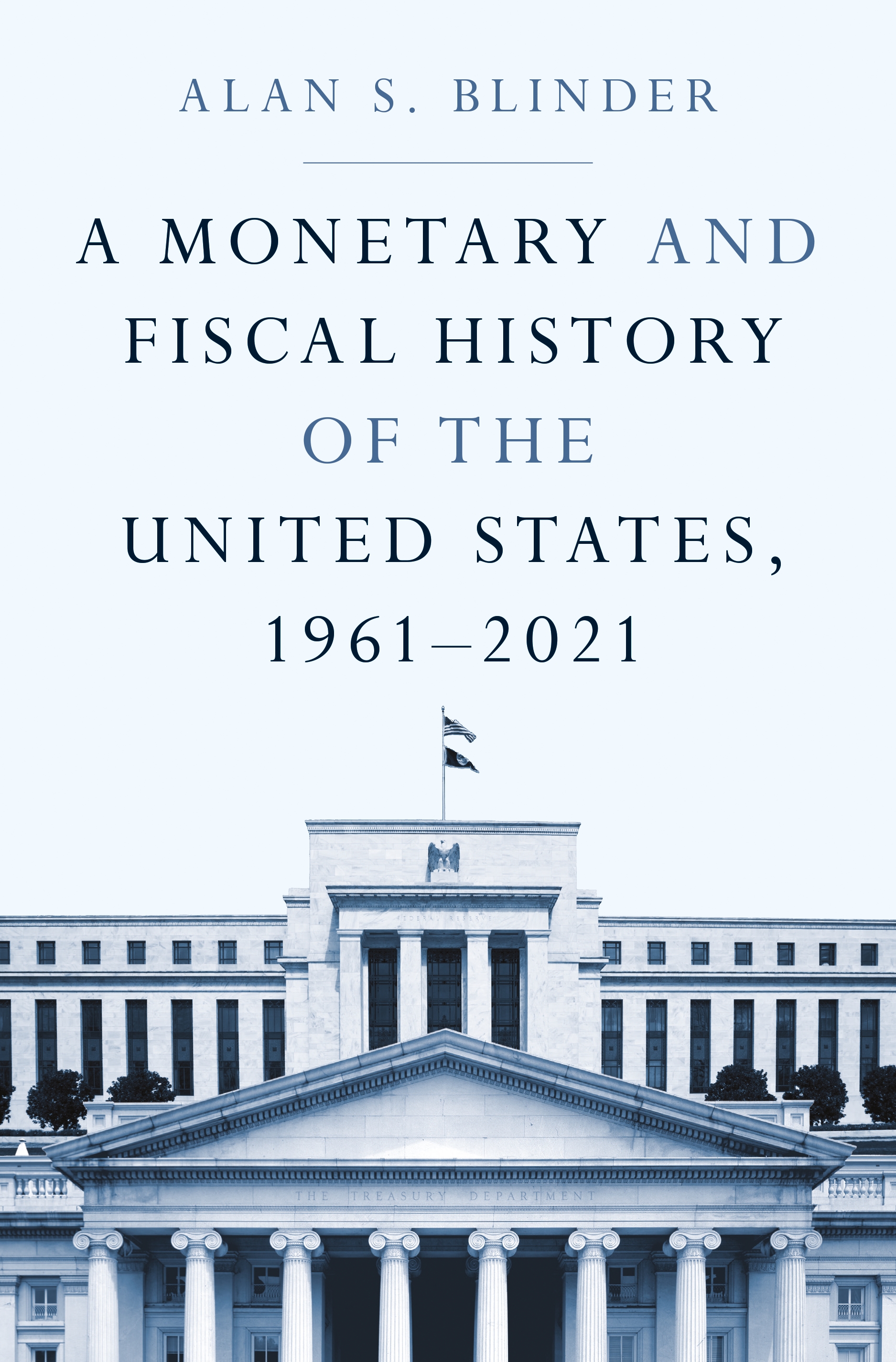 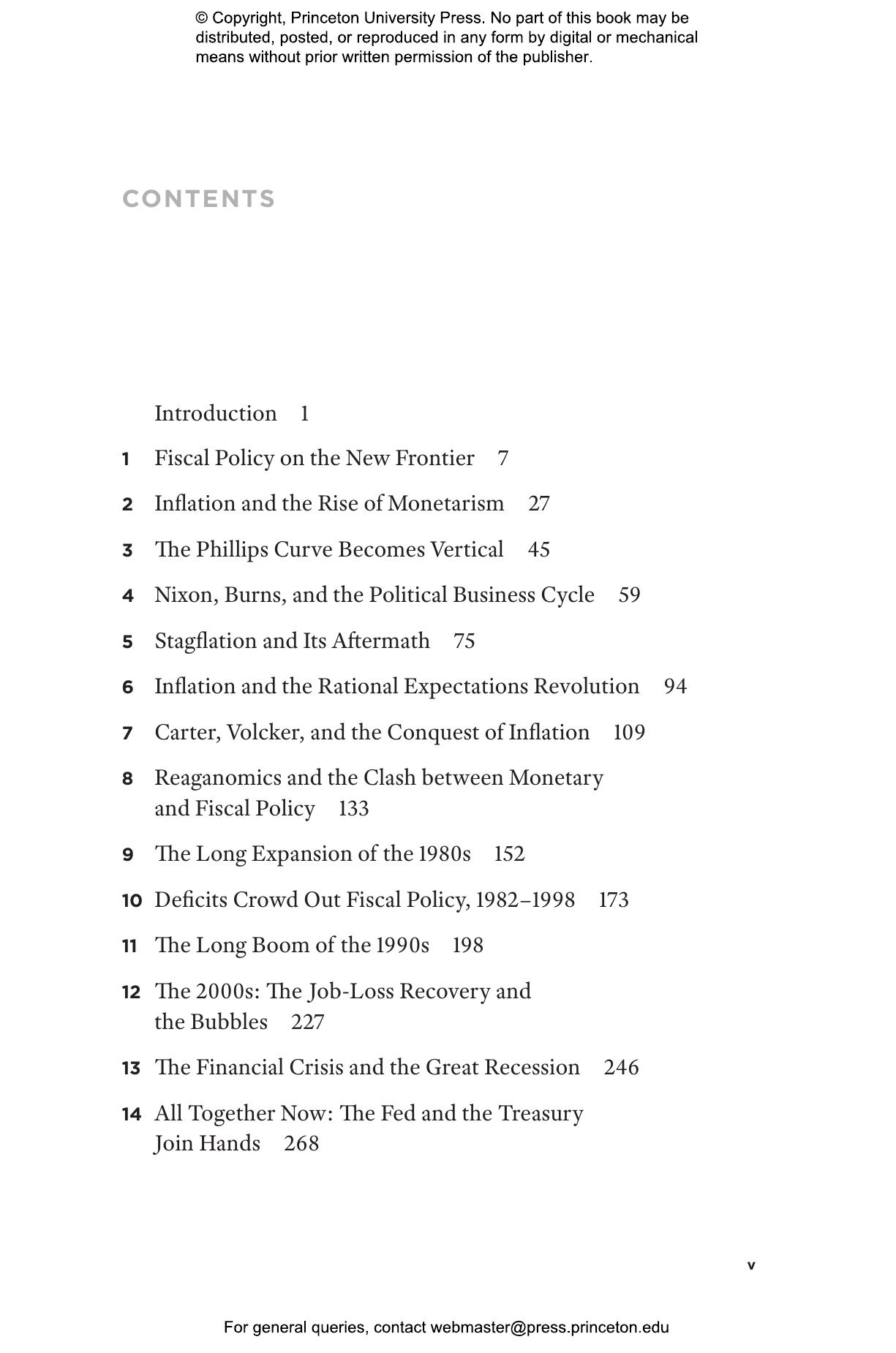 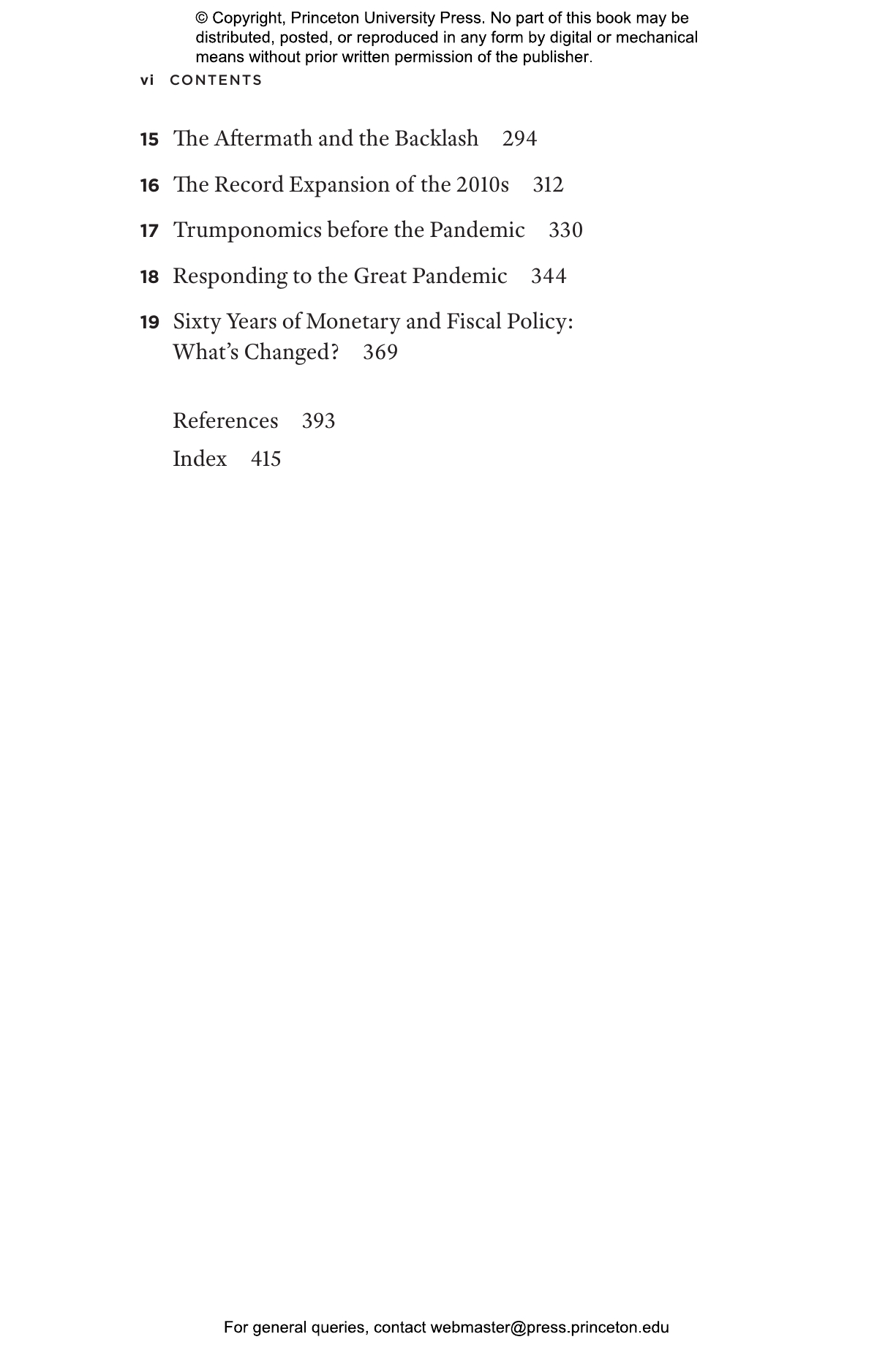 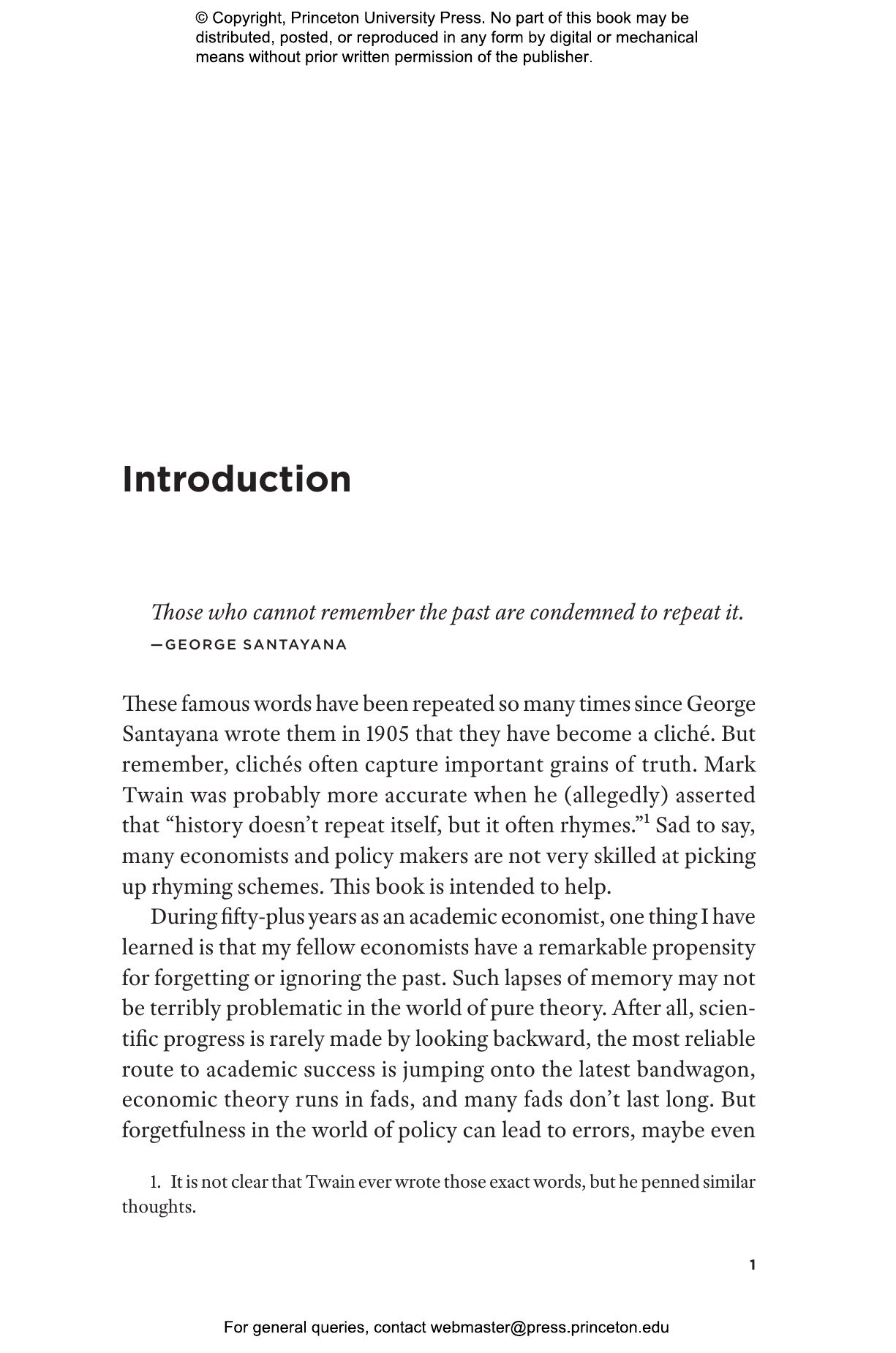 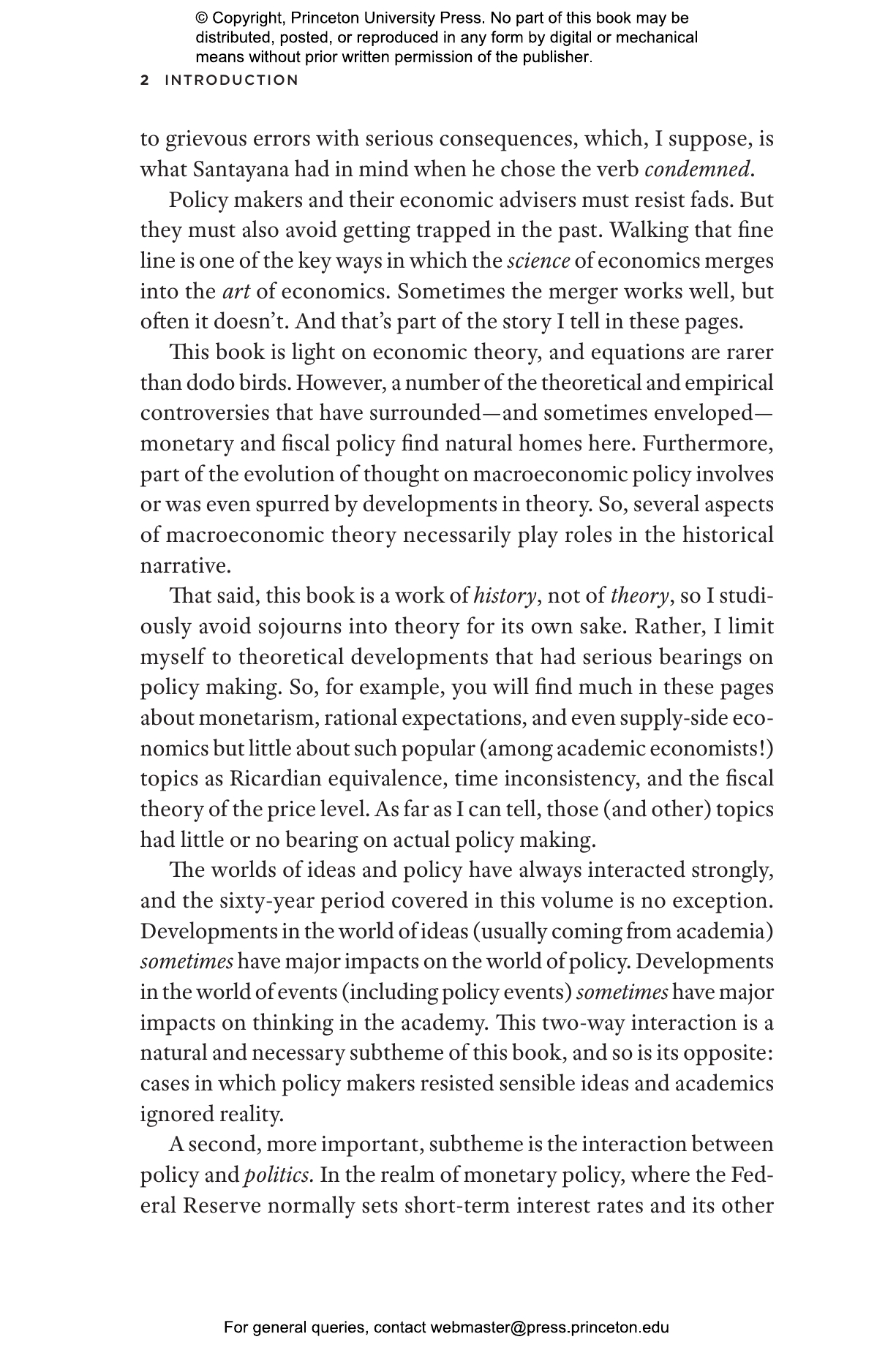 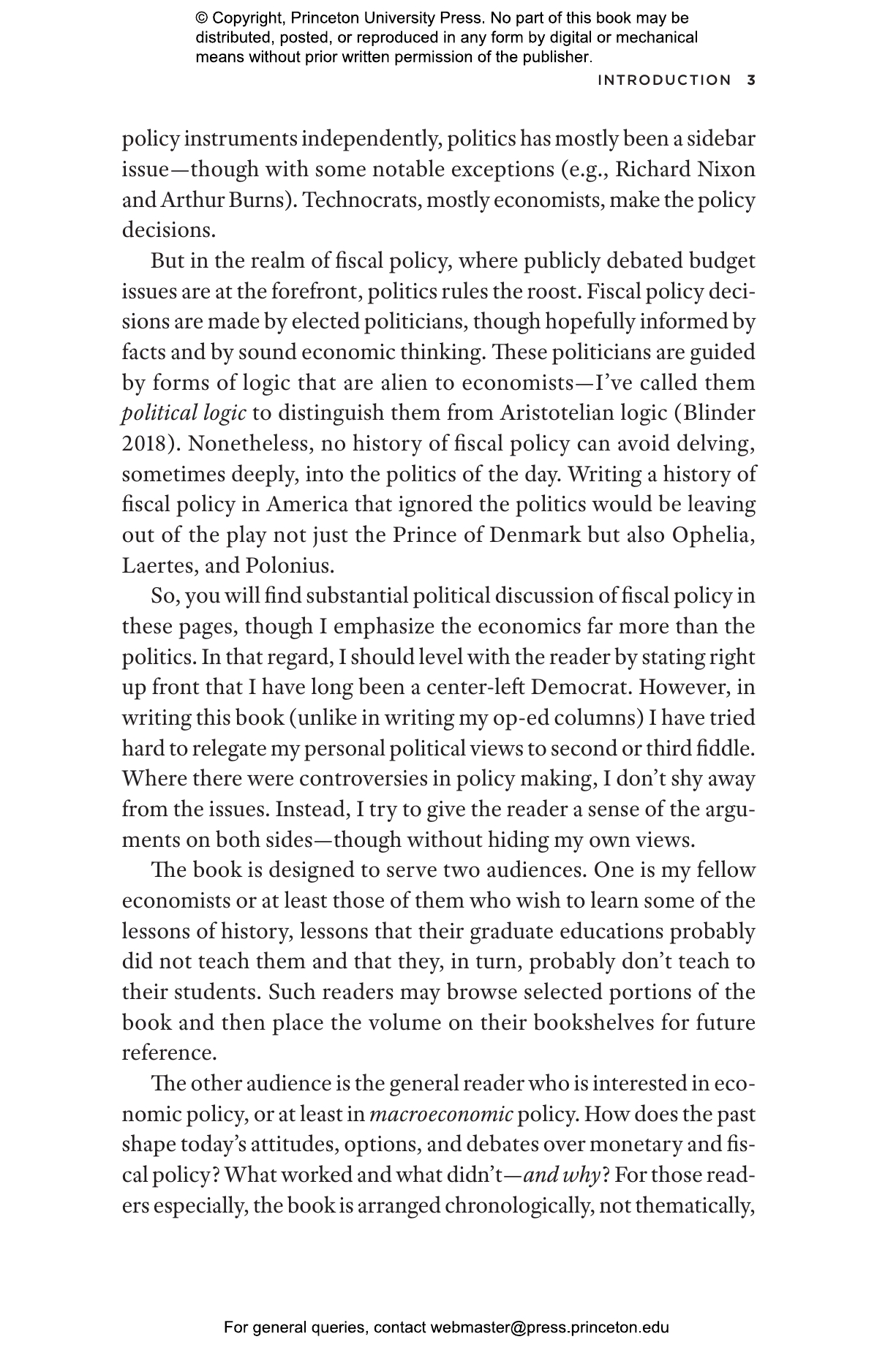 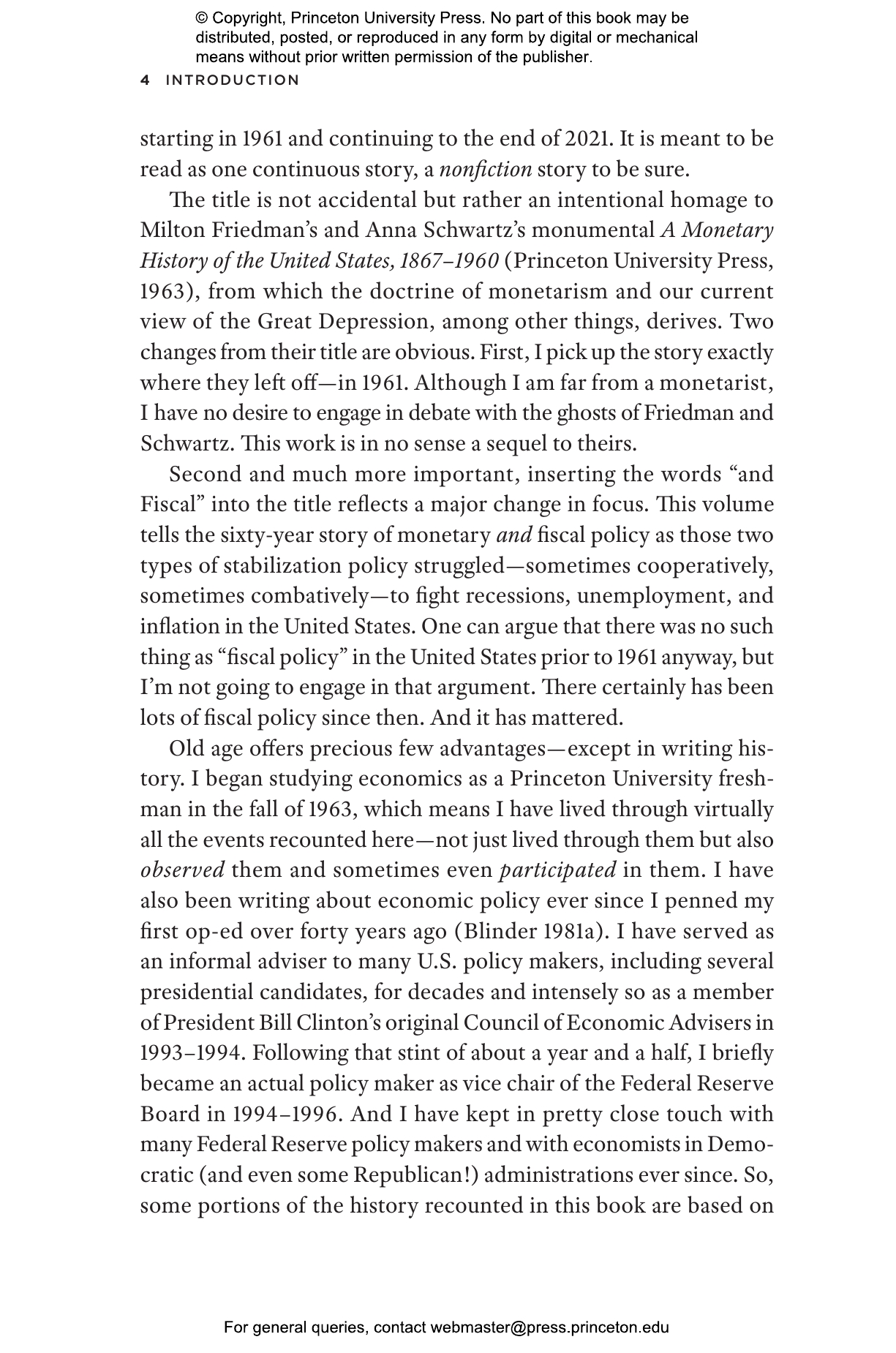 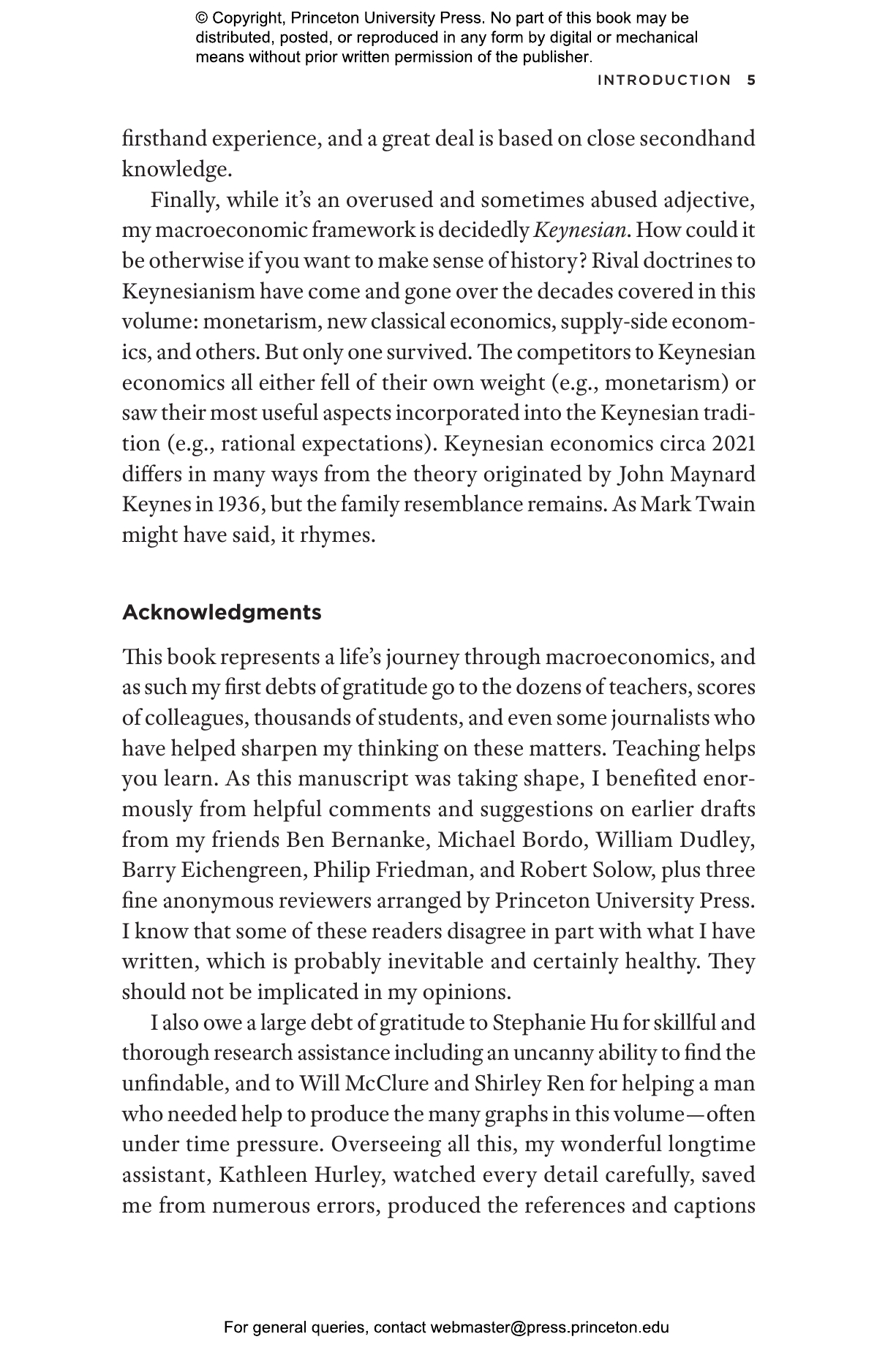 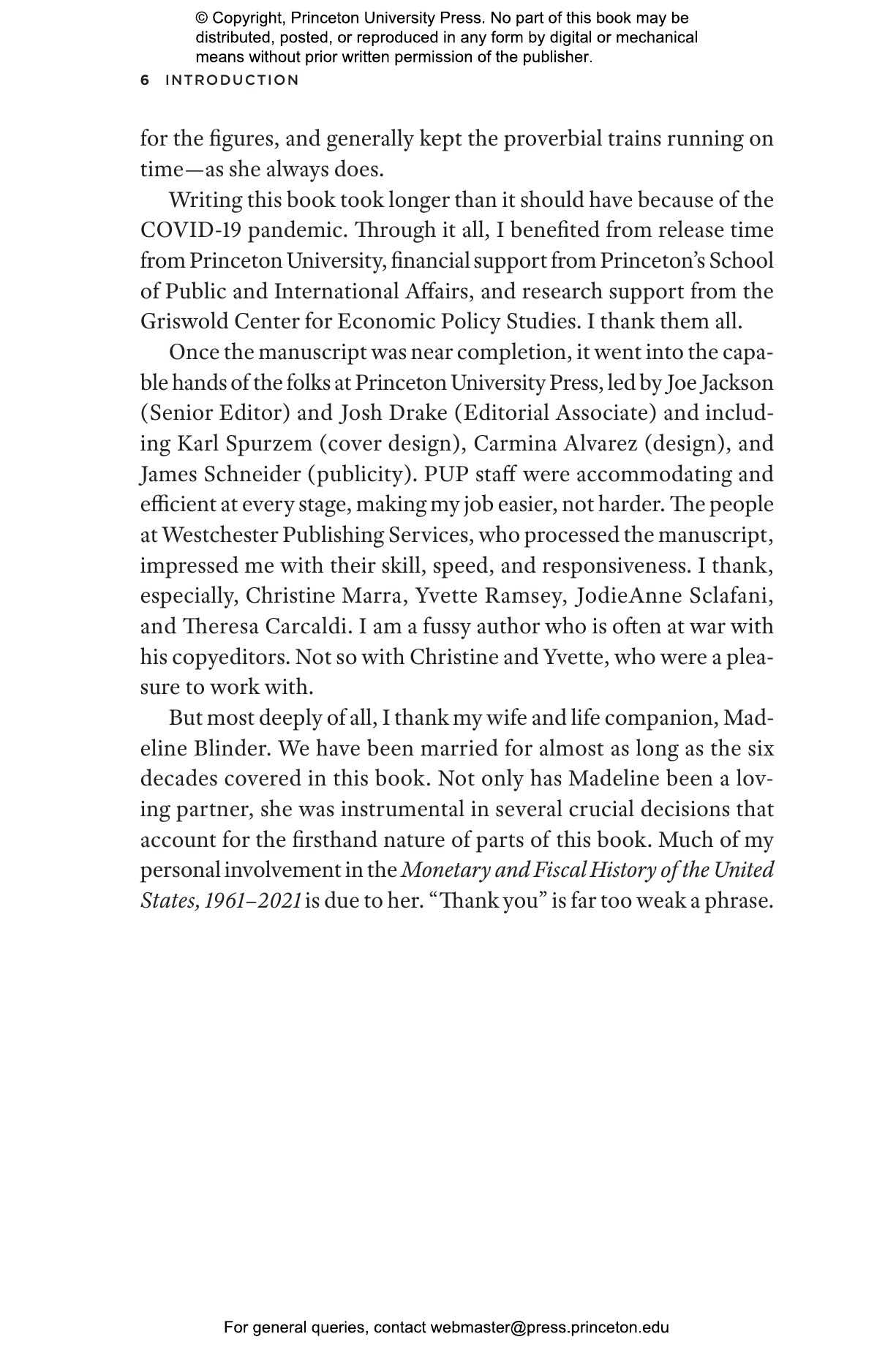 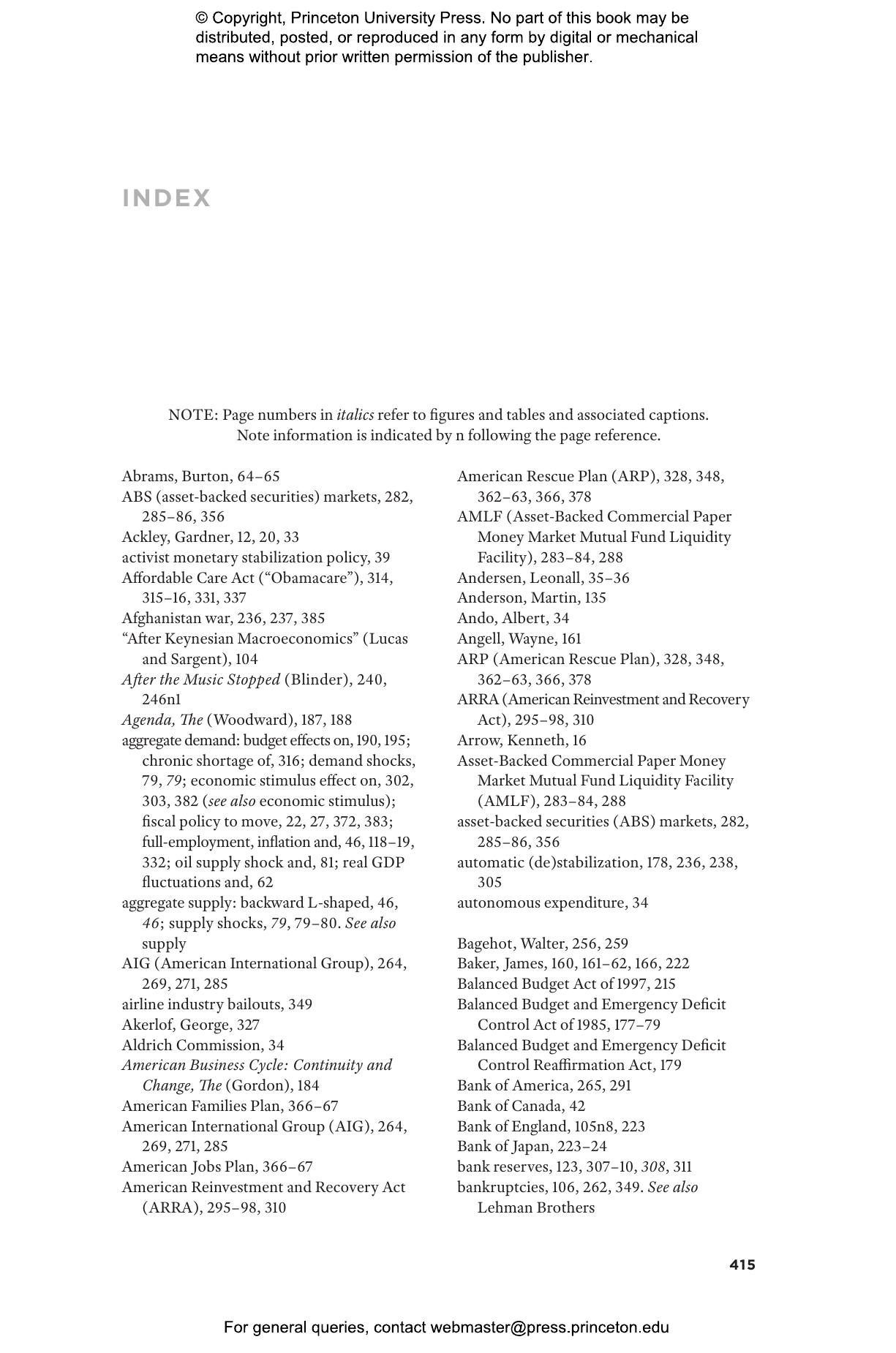 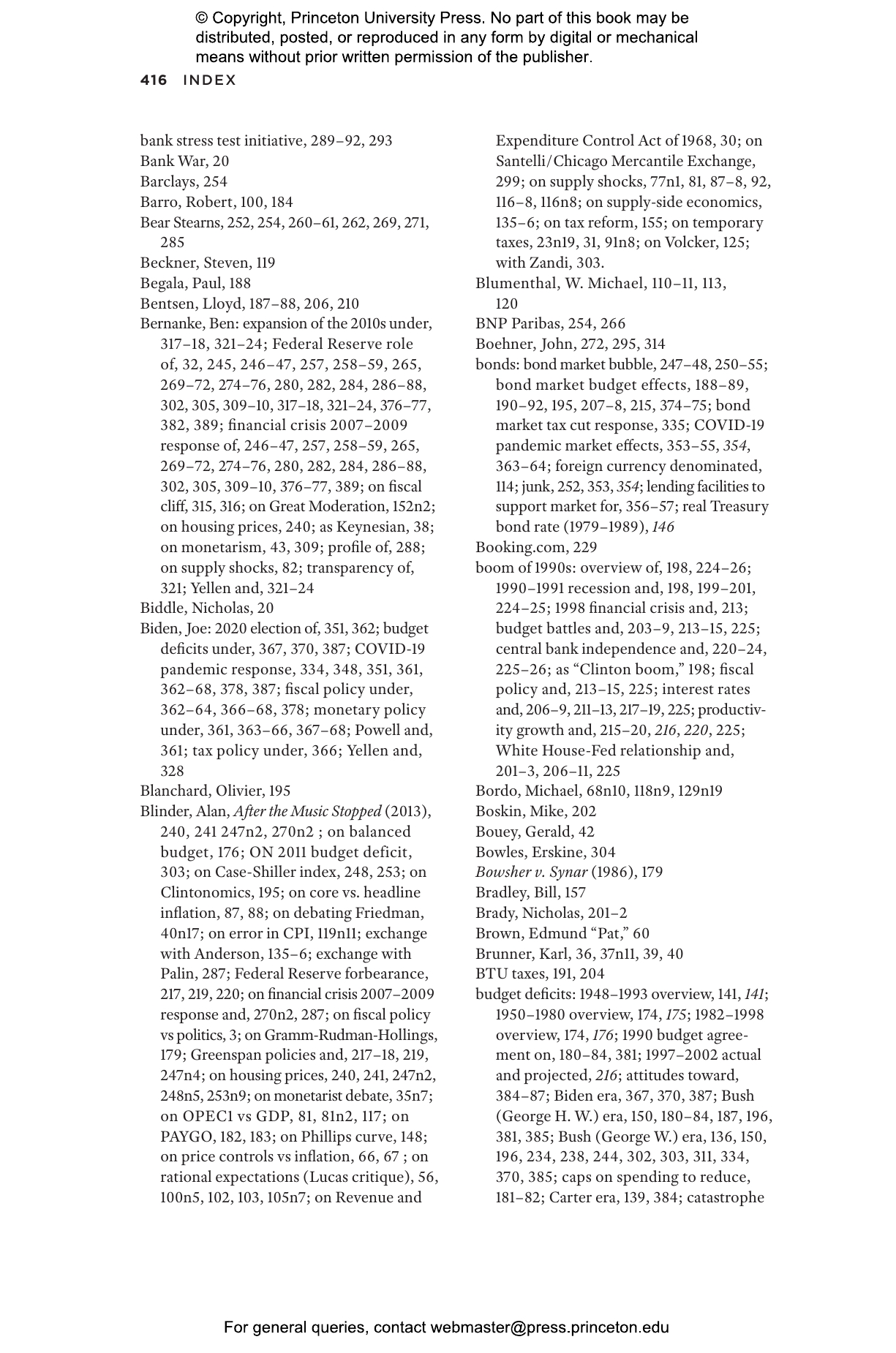 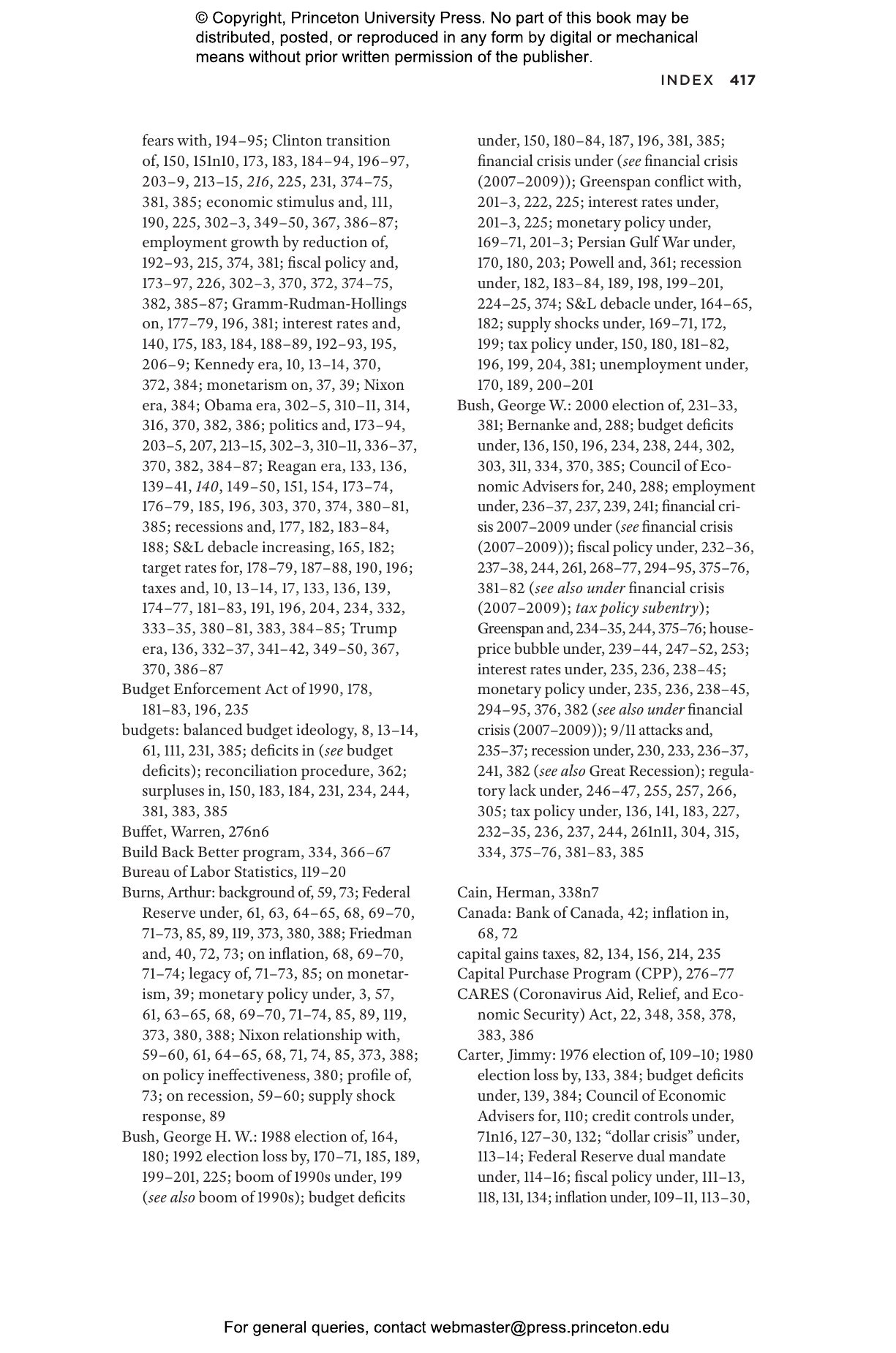 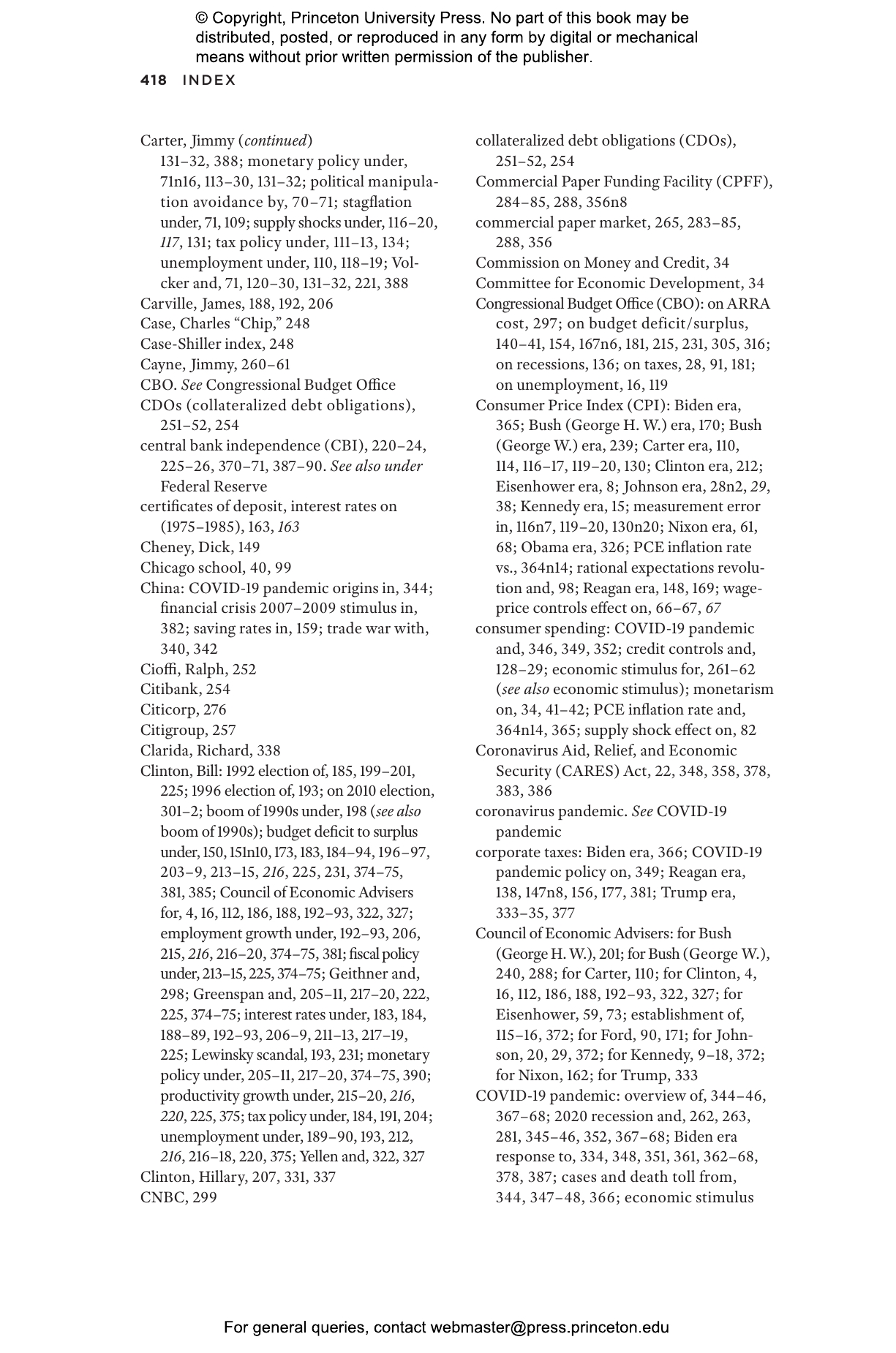 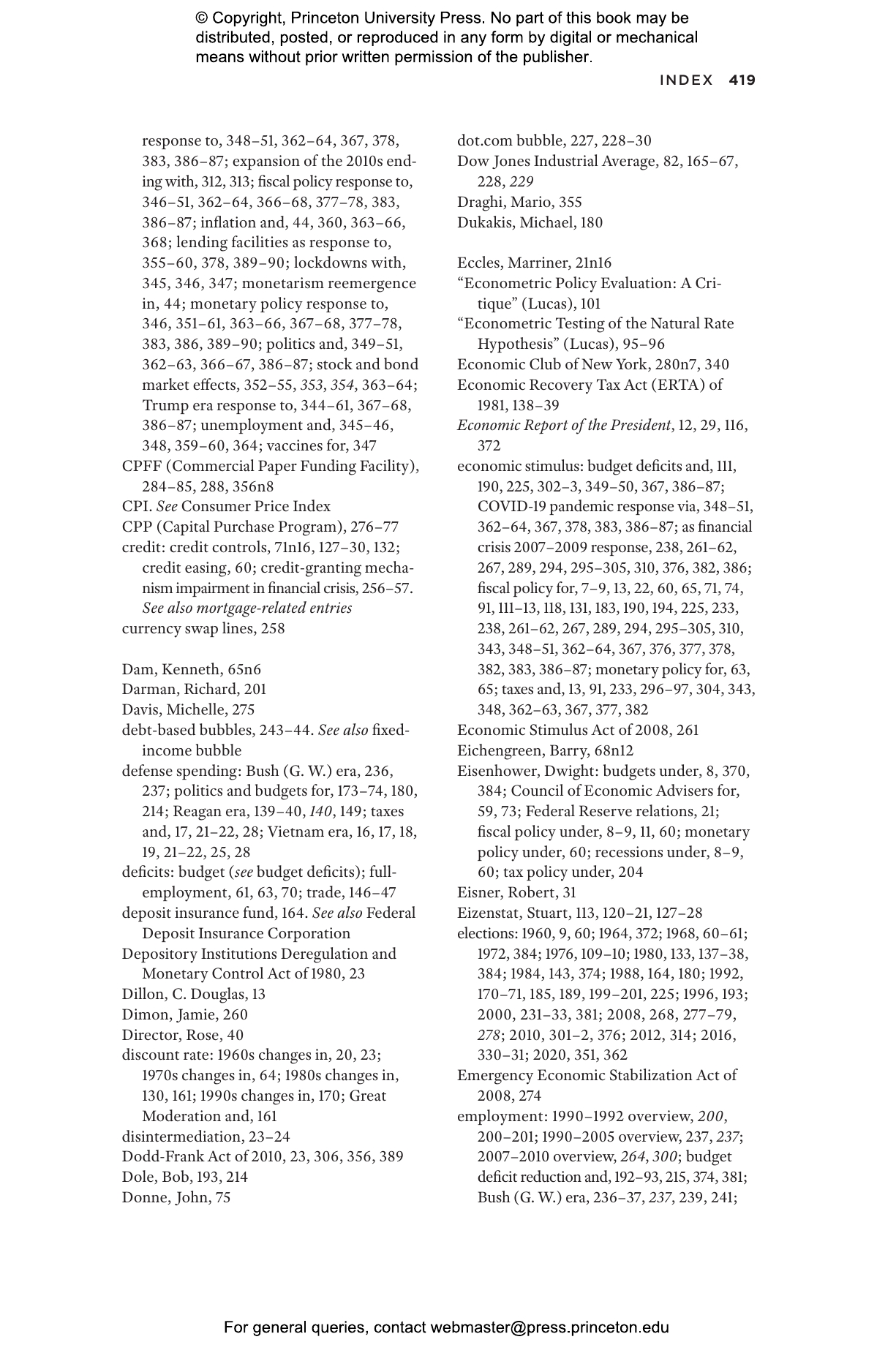 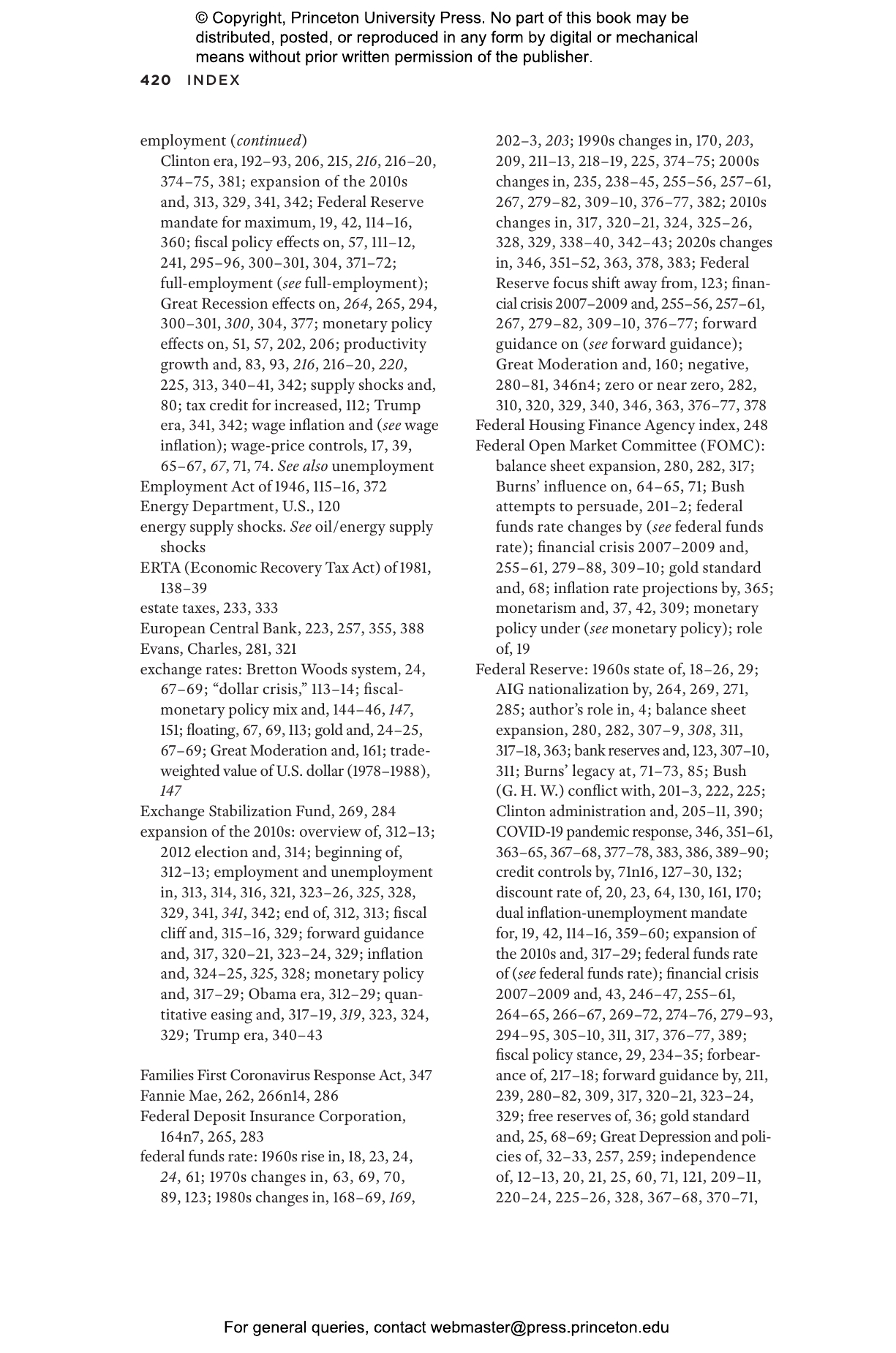 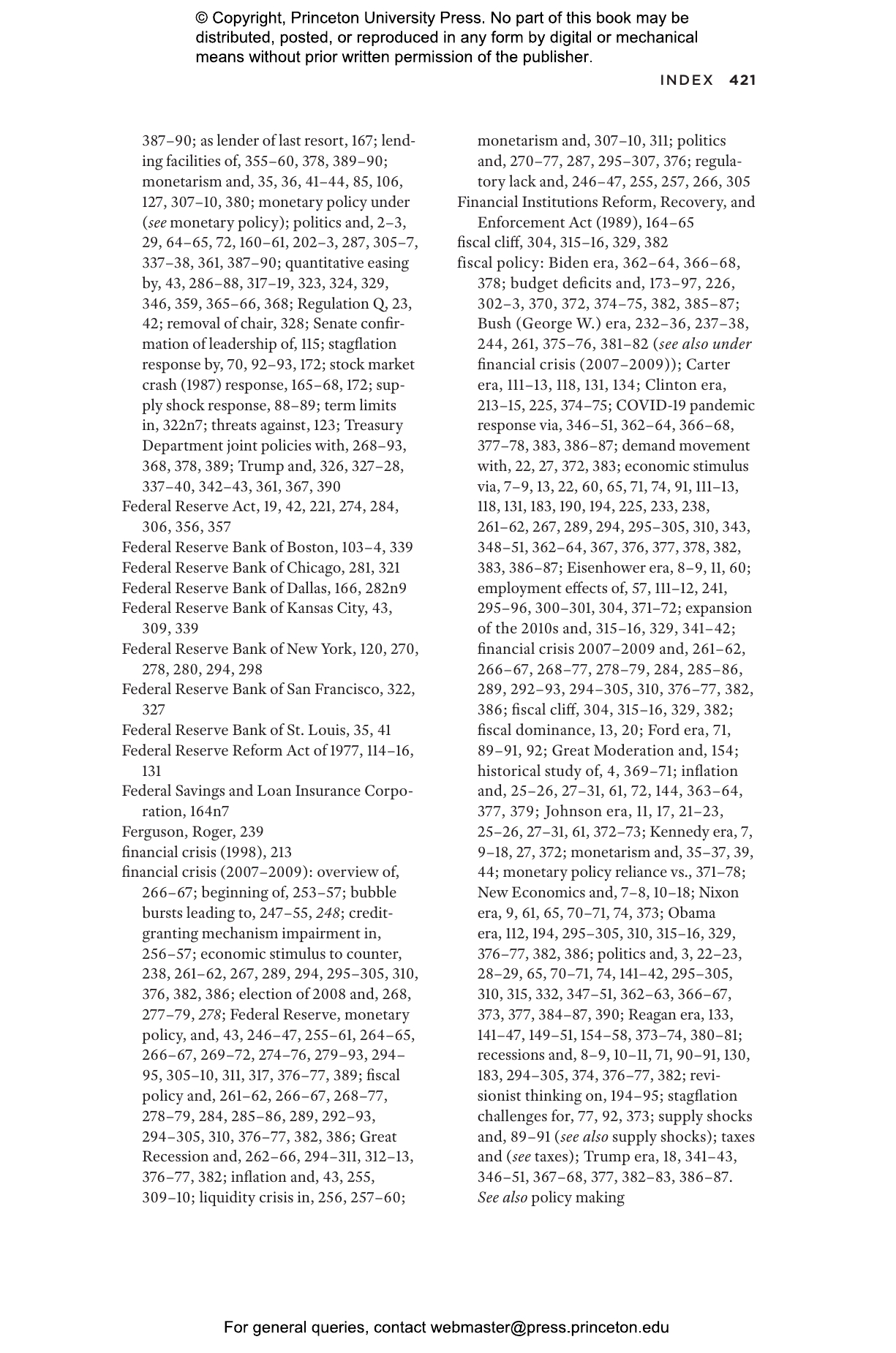 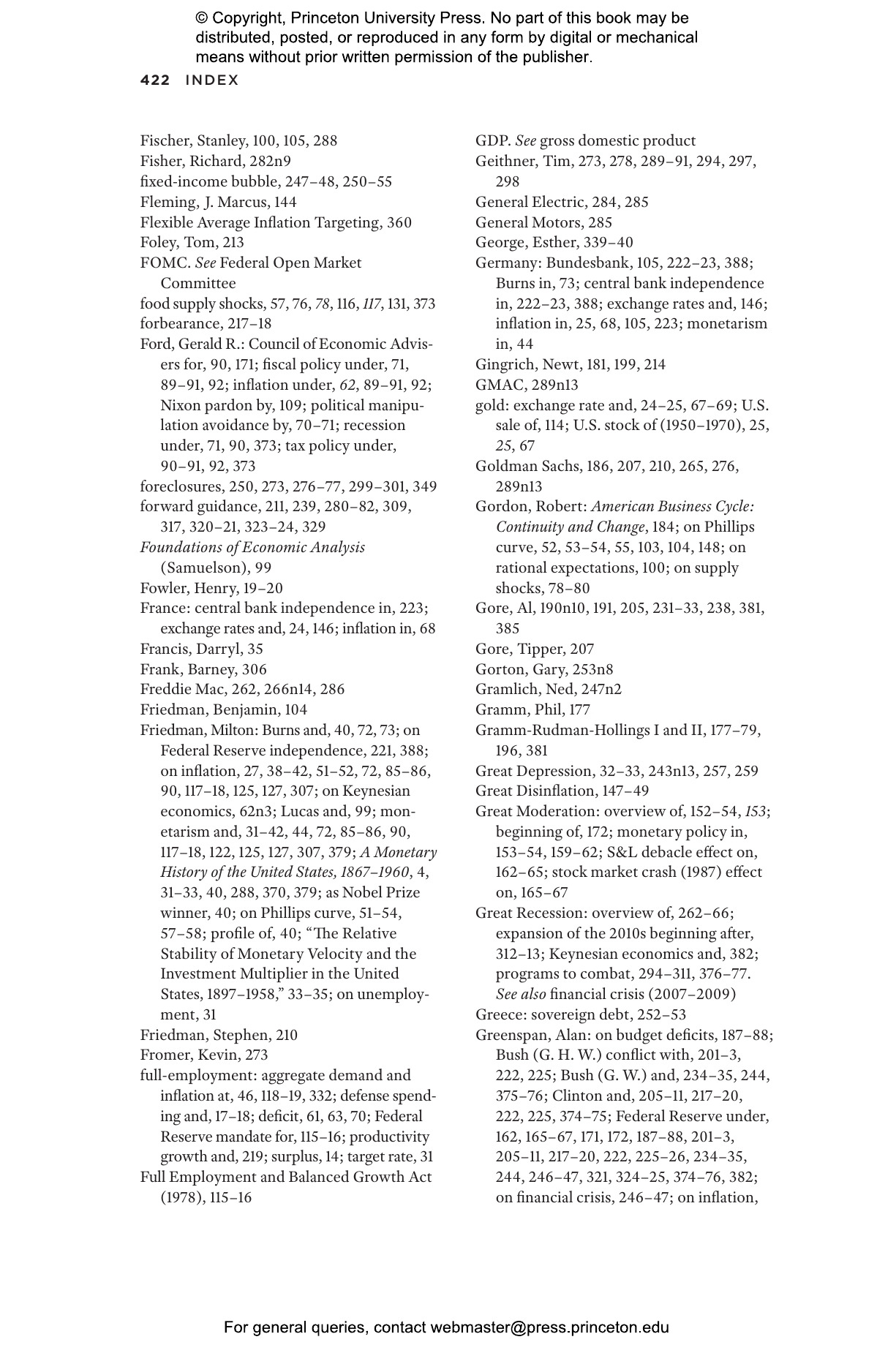 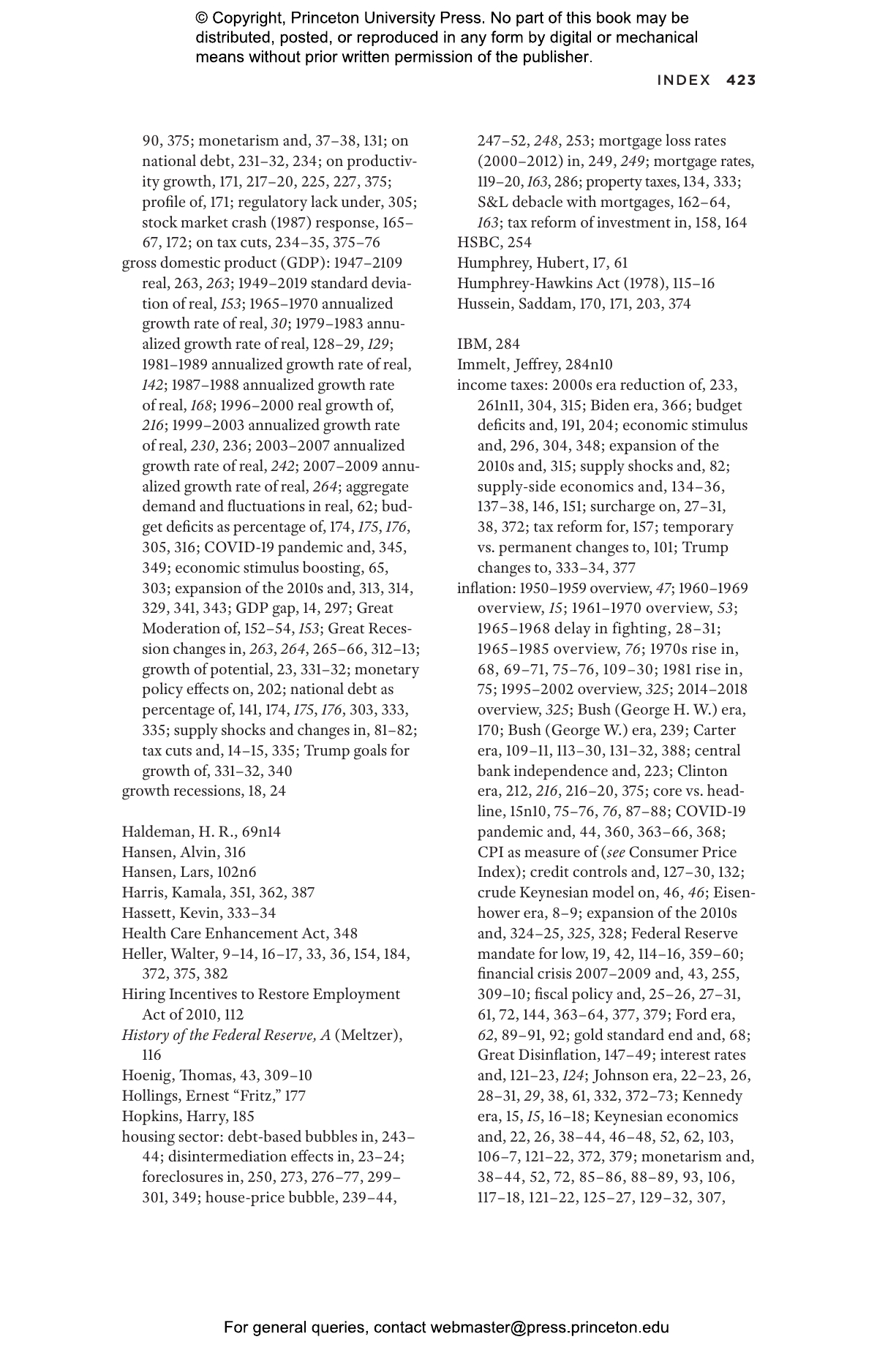 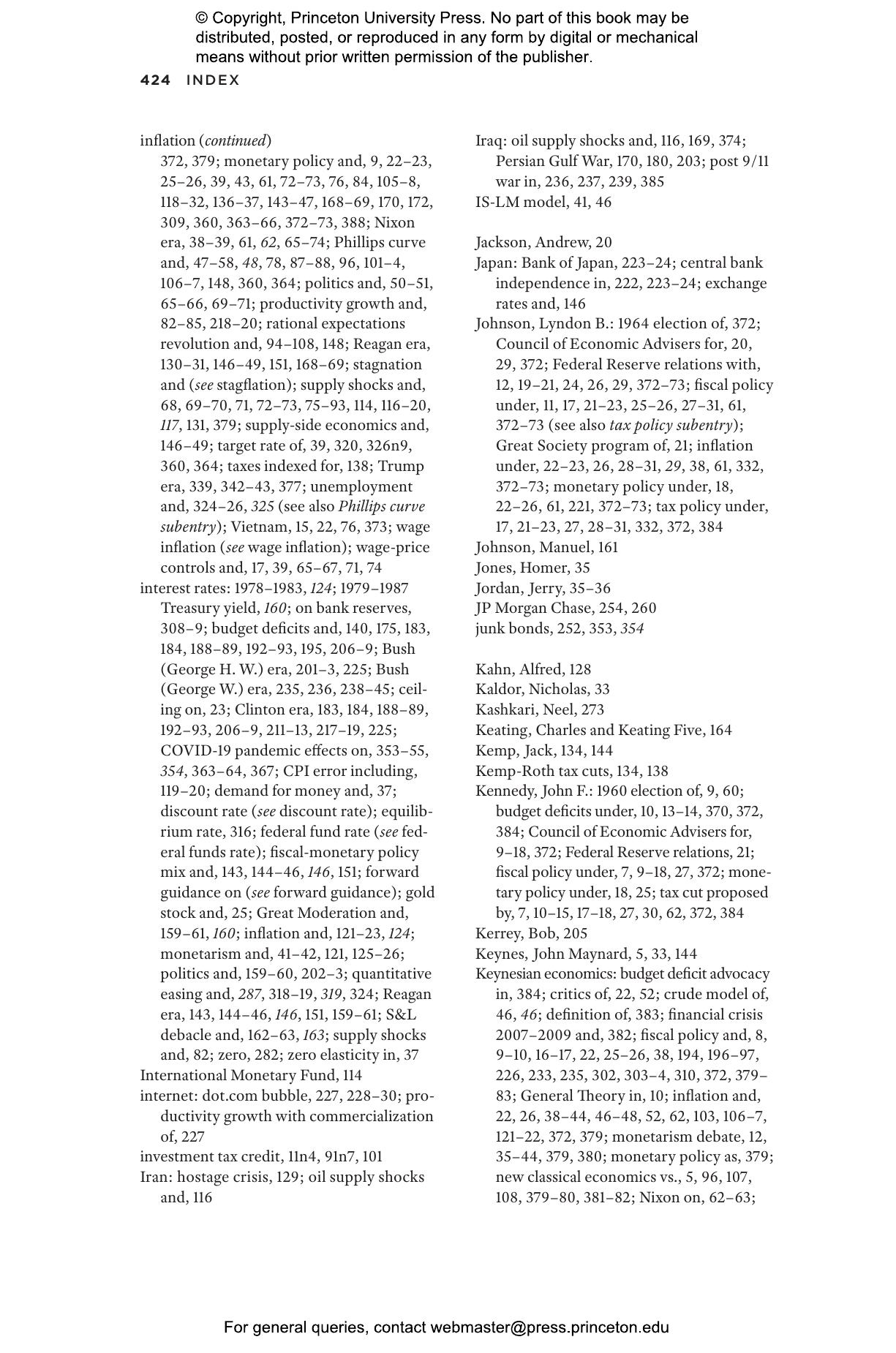 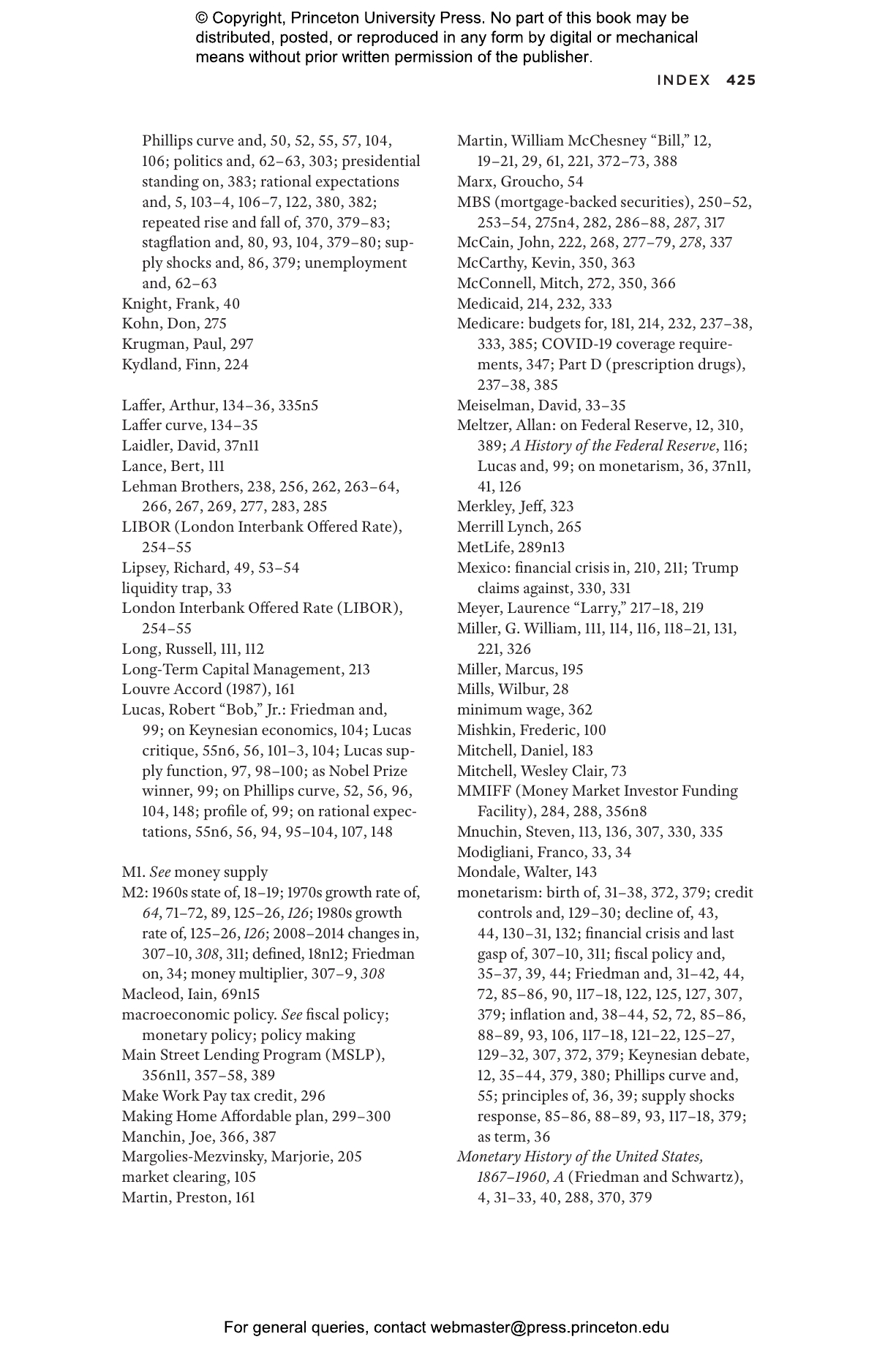 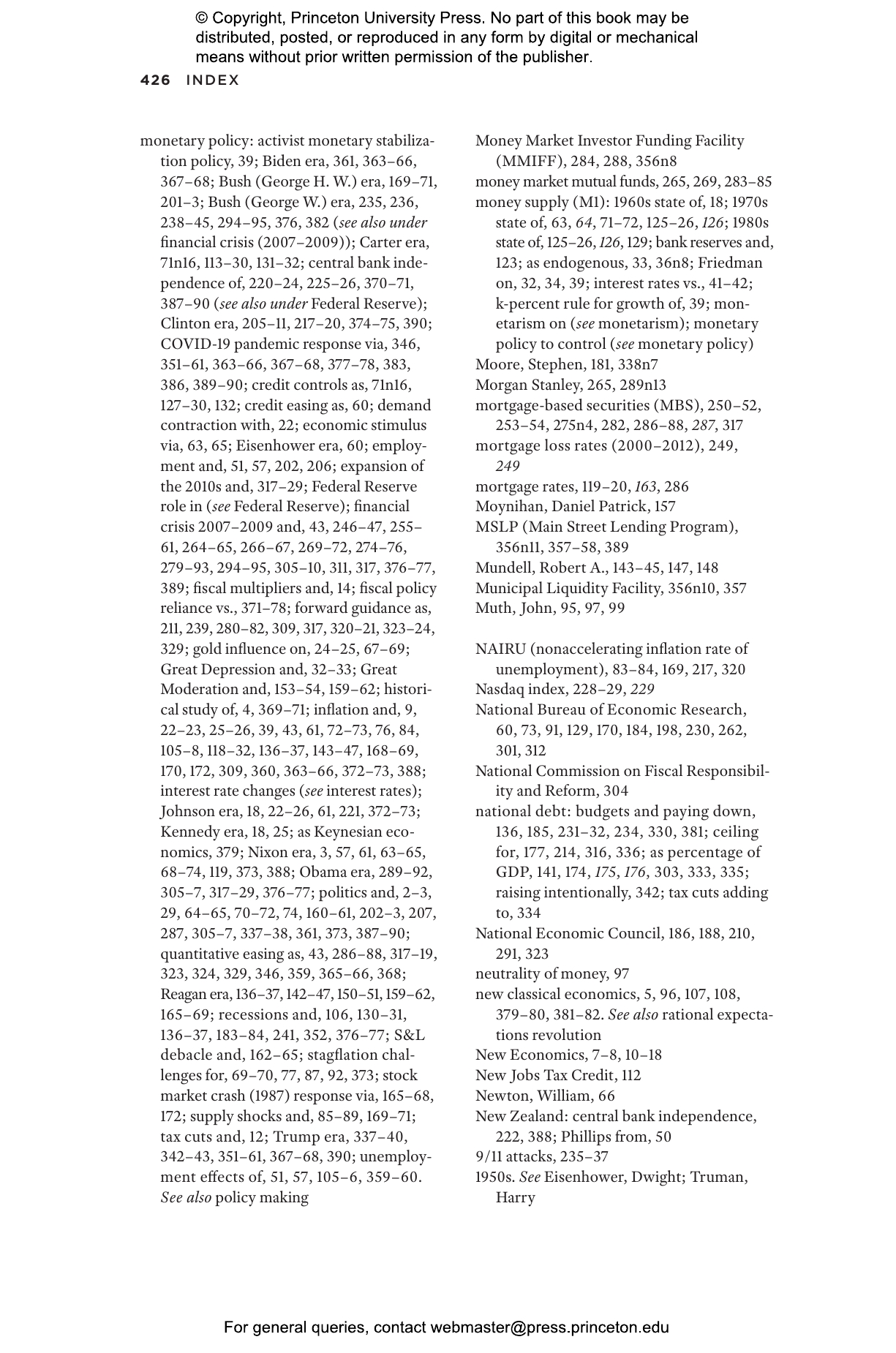 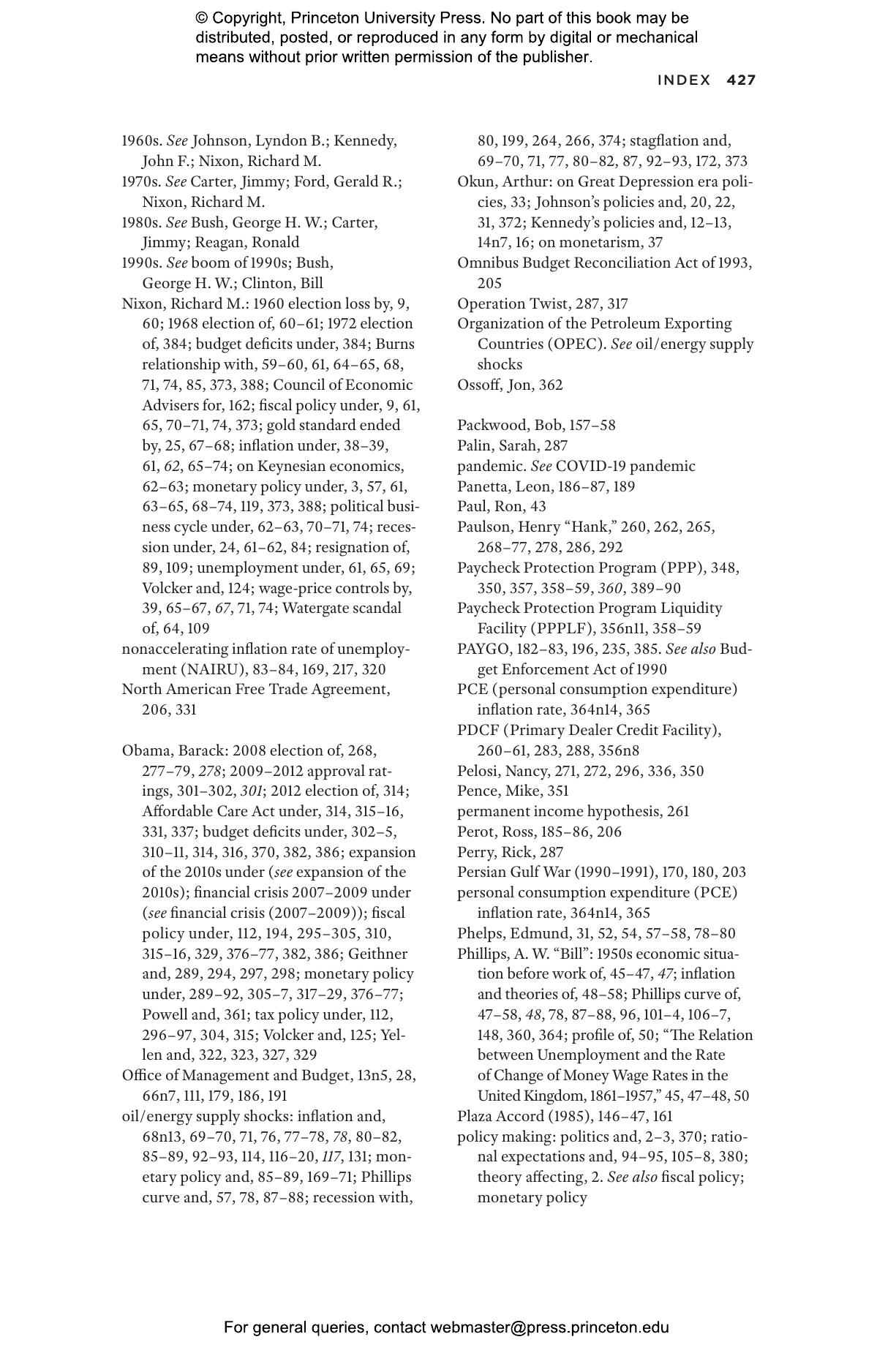 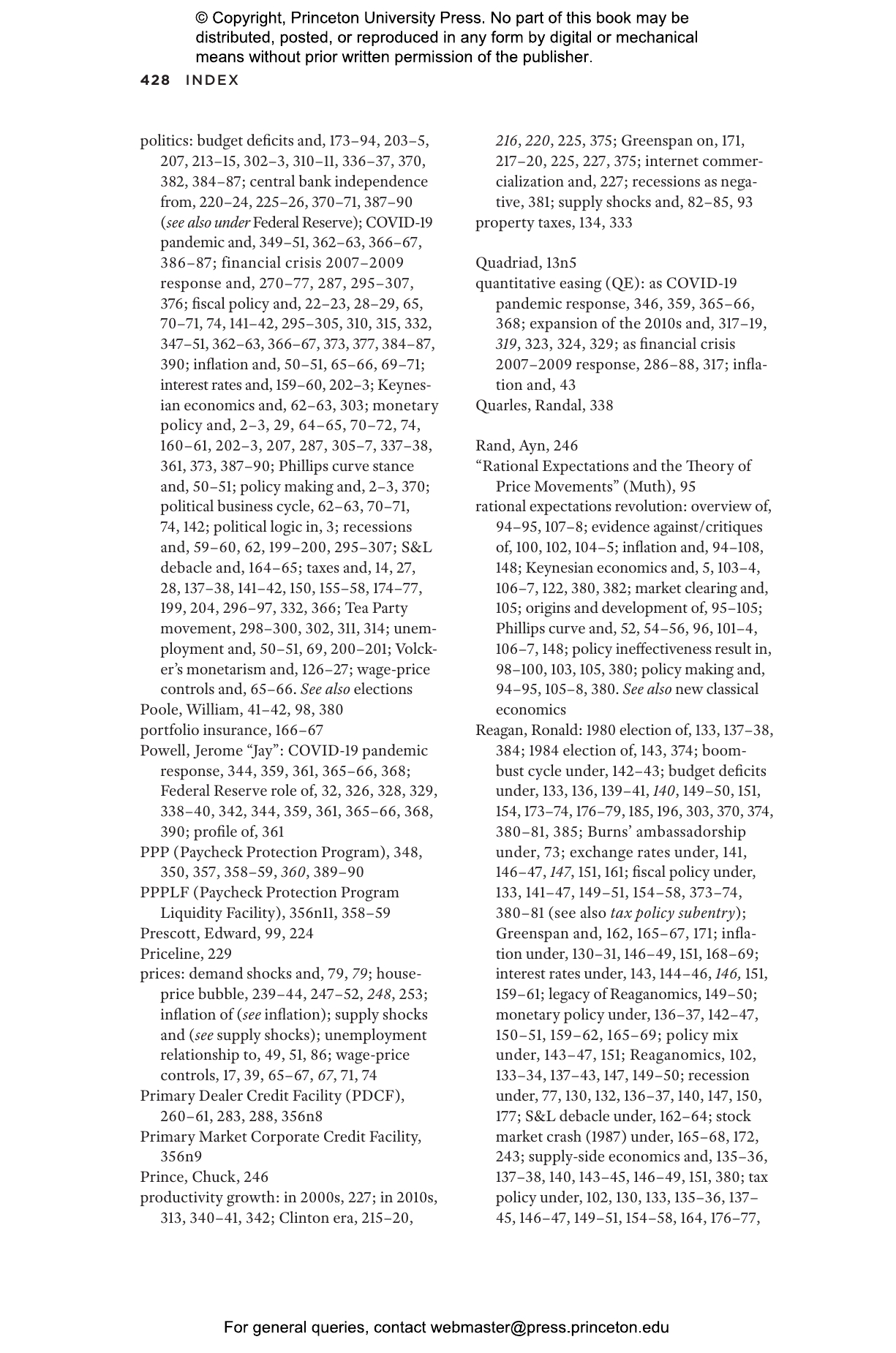 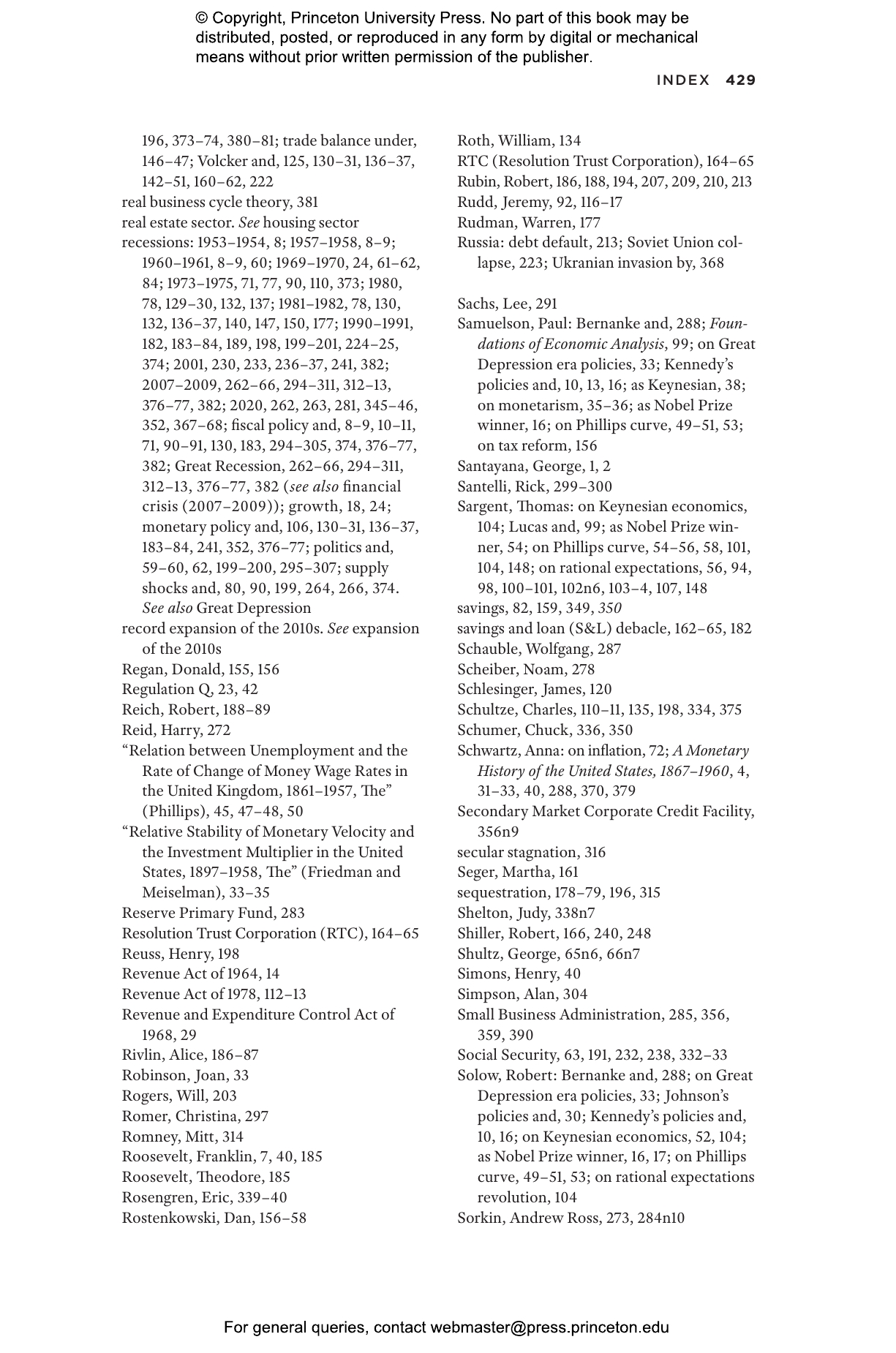 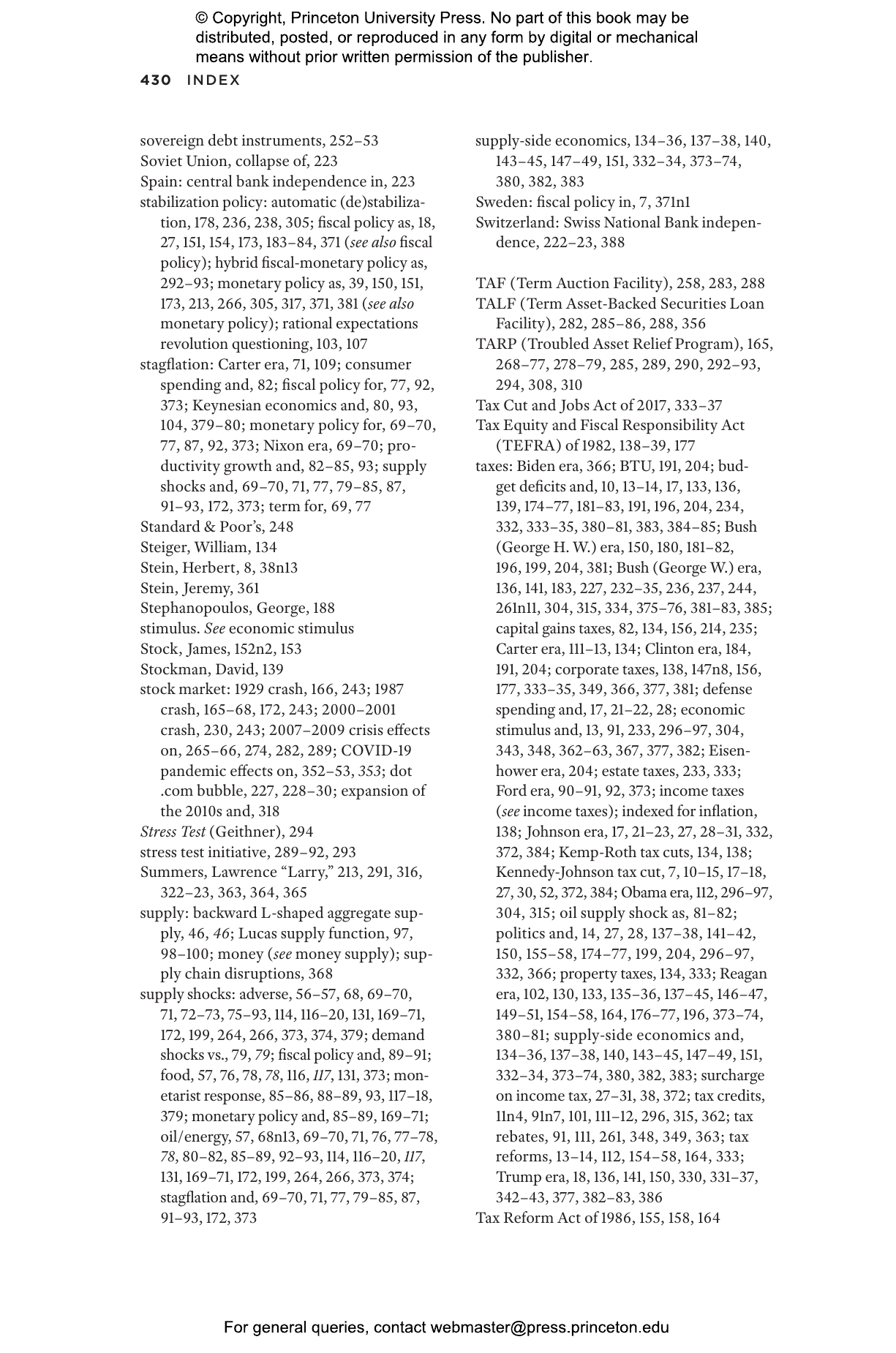 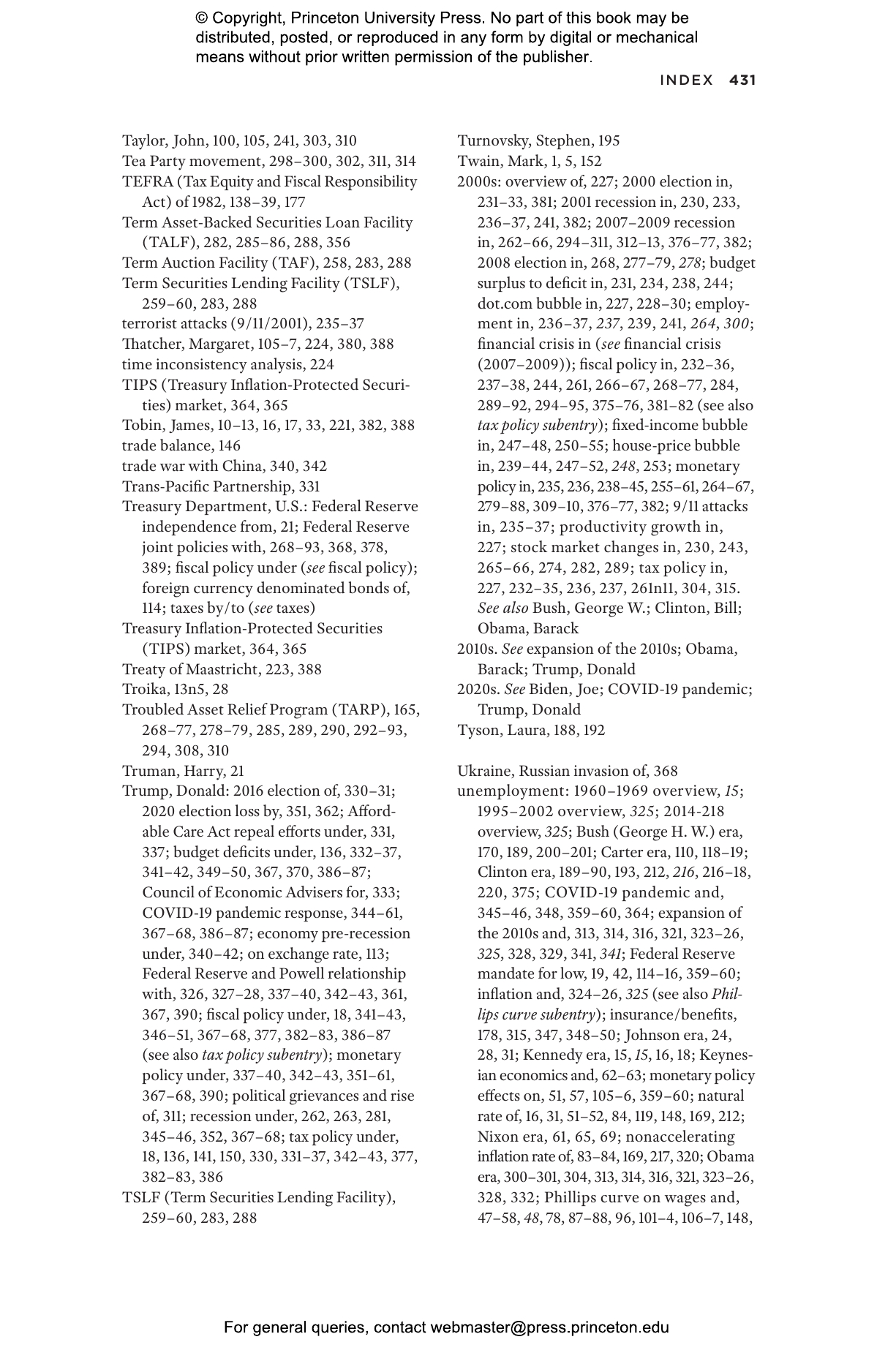 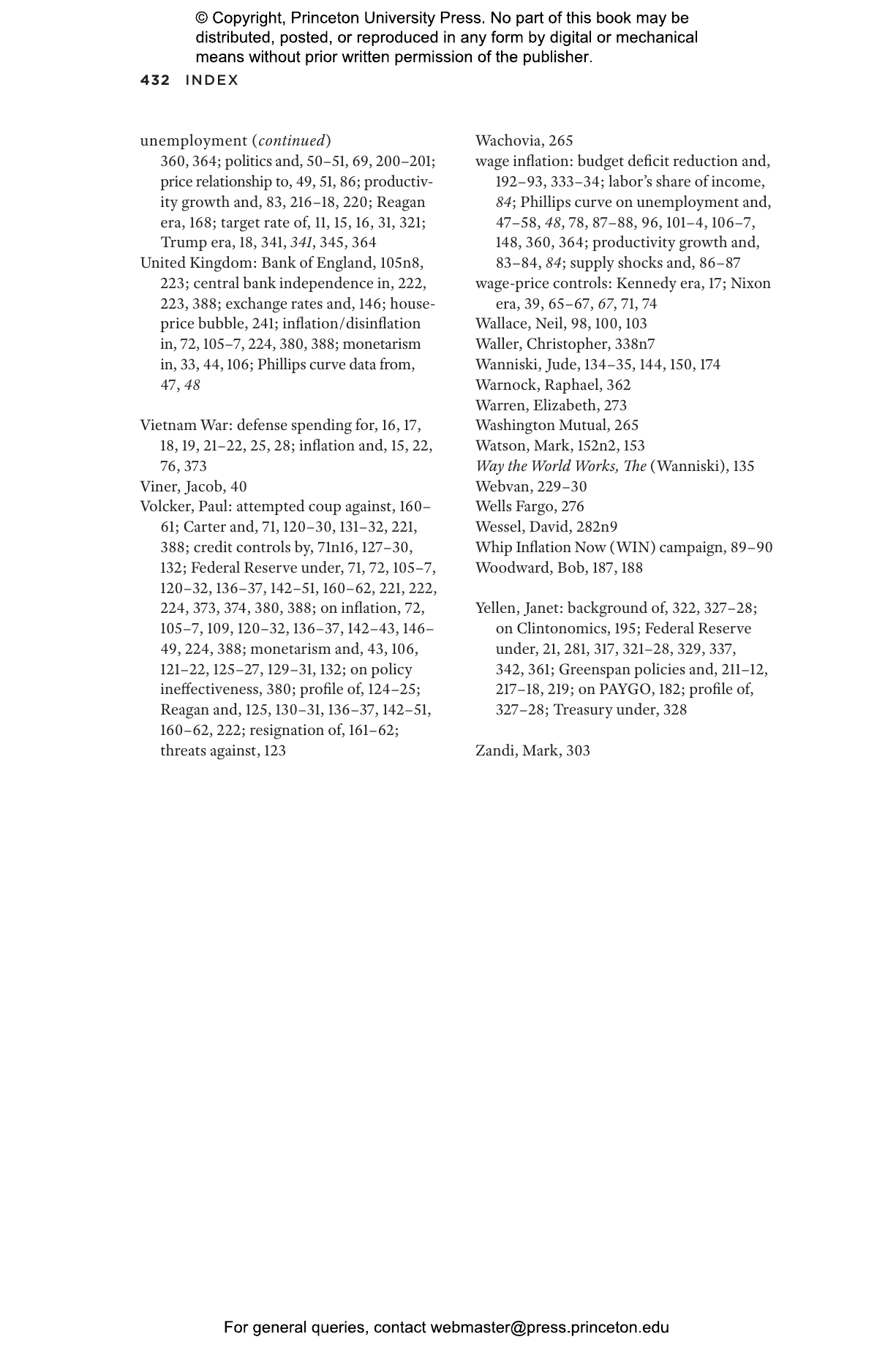 From the New York Times bestselling author, the fascinating story of U.S. economic policy from Kennedy to Biden—filled with lessons for today 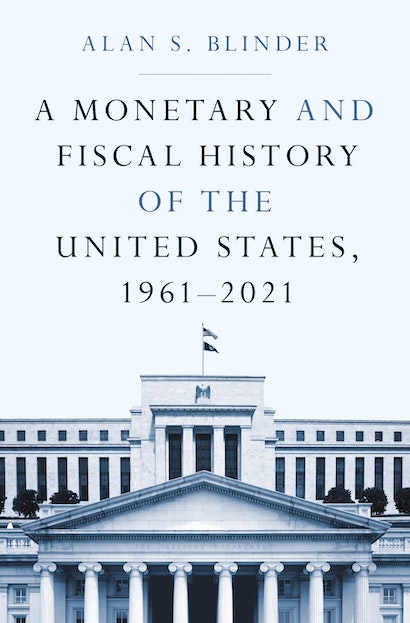 In this book, Alan Blinder, one of the world’s most influential economists and one of the field’s best writers, draws on his deep firsthand experience to provide an authoritative account of sixty years of monetary and fiscal policy in the United States. Spanning twelve presidents, from John F. Kennedy to Joe Biden, and eight Federal Reserve chairs, from William McChesney Martin to Jerome Powell, this is an insider’s story of macroeconomic policy that hasn’t been told before—one that is a pleasure to read, and as interesting as it is important.

Focusing on the most significant developments and long-term changes, Blinder traces the highs and lows of monetary and fiscal policy, which have by turns cooperated and clashed through many recessions and several long booms over the past six decades. From the fiscal policy of Kennedy’s New Frontier to Biden’s responses to the pandemic, the book takes readers through the stagflation of the 1970s, the conquest of inflation under Jimmy Carter and Paul Volcker, the rise of Reaganomics, and the bubbles of the 2000s before bringing the story up through recent events—including the financial crisis, the Great Recession, and monetary policy during COVID-19.

A lively and concise narrative that is sure to become a classic, A Monetary and Fiscal History of the United States, 1961–2021 is filled with vital lessons for anyone who wants to better understand where the economy has been—and where it might be headed.

Alan S. Blinder is the Gordon S. Rentschler Memorial Professor of Economics and Public Affairs at Princeton University, a former vice chair of the Federal Reserve Board, and a former member of the President’s Council of Economic Advisers. A regular columnist for the Wall Street Journal, he is the author of many books, including the New York Times bestseller After the Music Stopped: The Financial Crisis, the Response, and the Work Ahead. He lives in Princeton, New Jersey.

"Blinder has given us a very nice read. His book lets us ride shotgun along the extremely rocky road that US policymakers have traveled in their quest for price stability, full employment, financial resilience, and robust investment. Each episode produced by the Wheel of Fortuna is strikingly and – I believe – almost completely accurately described. Read and absorb Blinder’s account, and you will be qualified to present yourself as a respected elder statesmen who has seen much macroeconomic policymaking up close, and whose advice warrants attention."—Brad DeLong, Project Syndicate

“In his deft narrative of the last sixty years of American macroeconomic history, Alan Blinder reveals the various fiscal and monetary levers that policymakers can pull to try to influence the economy—and explores how things did or didn’t work out for those doing the pulling. This is a fascinating and important read for anyone who wants to better understand our economic past, present, and future.”—President Bill Clinton

“Alan Blinder’s extremely engaging history of the last sixty years of fiscal and monetary policy is an absolute must-read. It powerfully highlights the complex interactions between economic ideas, events, policy, and politics. Blinder’s historical insights can—and should—serve an important function in improving policy effectiveness and minimizing mistakes in today’s more uncertain and unsettled world.”—Mohamed A. El-Erian, New York Times bestselling author of The Only Game in Town and When Markets Collide

“This is the definitive history of post-1960 monetary and fiscal policy. The book crackles with artful turns of phrase and deftly weaves policy episodes with a lively account of the evolution of monetary and fiscal theory. It also includes fascinating short biographies of some of the main protagonists, including policymakers and economists.”—Robert J. Gordon, New York Times bestselling author of The Rise and Fall of American Growth

“Alan Blinder’s history of modern U.S. monetary and fiscal policy is a delightful blend of economic history, the history of economic doctrine, economic analysis, and personal insights from an inside player. Blinder’s deep knowledge and discernment are amplified by his acerbic sense of humor.”—Michael D. Bordo, author of The Historical Performance of the Federal Reserve

“Alan Blinder is one of the clearest and most engaging writers on economics we have.”—Ben Bernanke, former Chair of the U.S. Federal Reserve