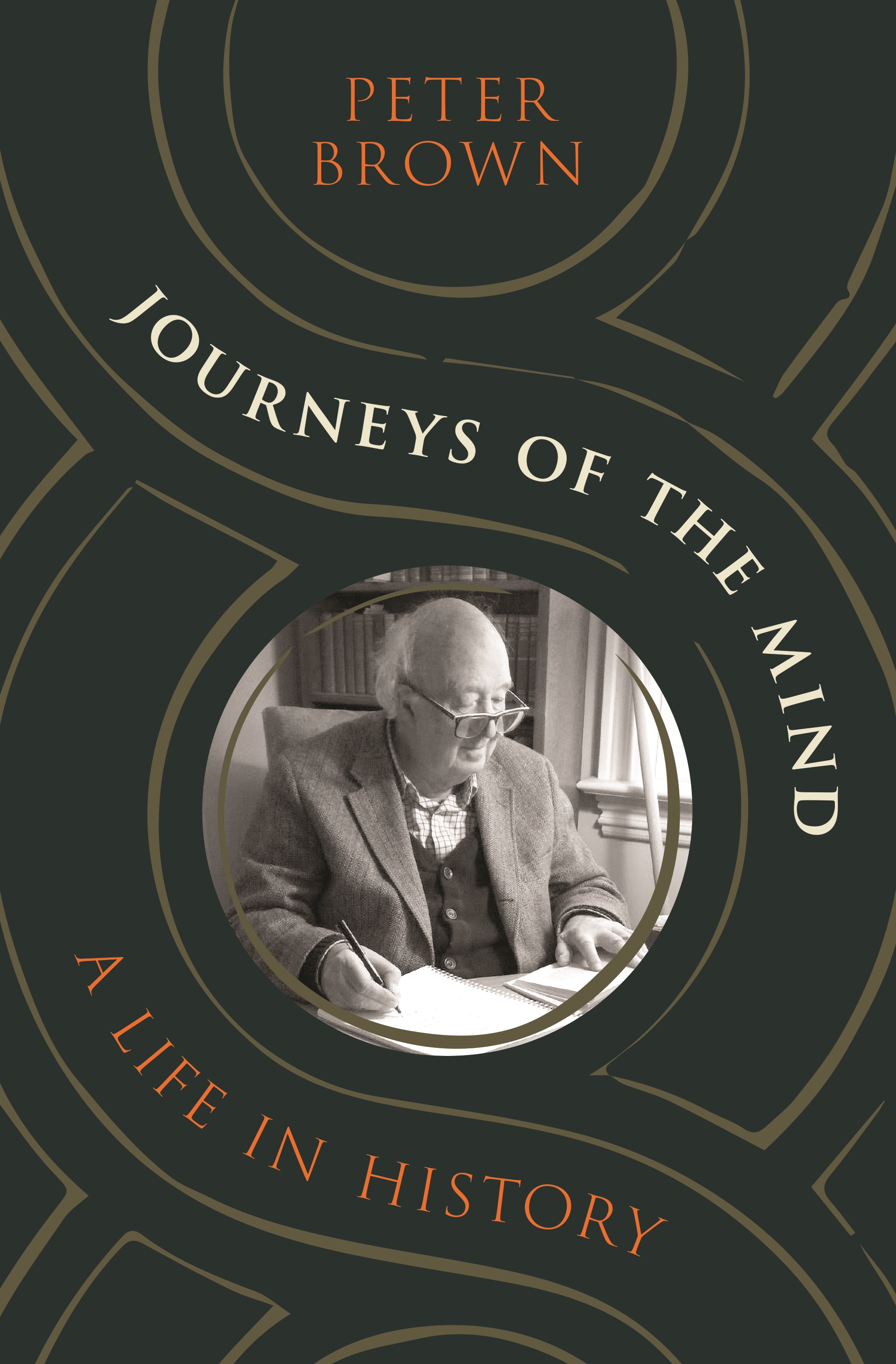 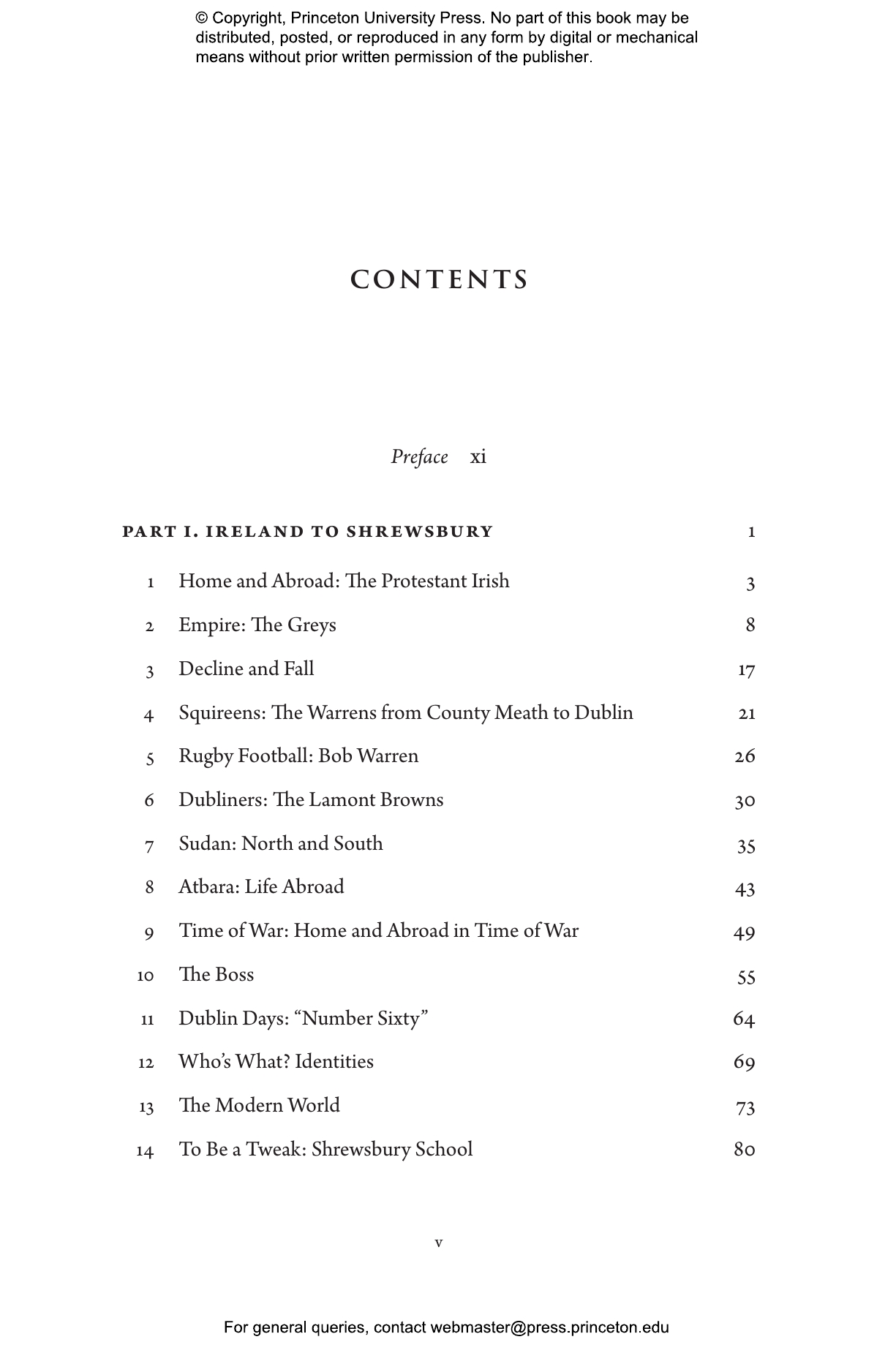 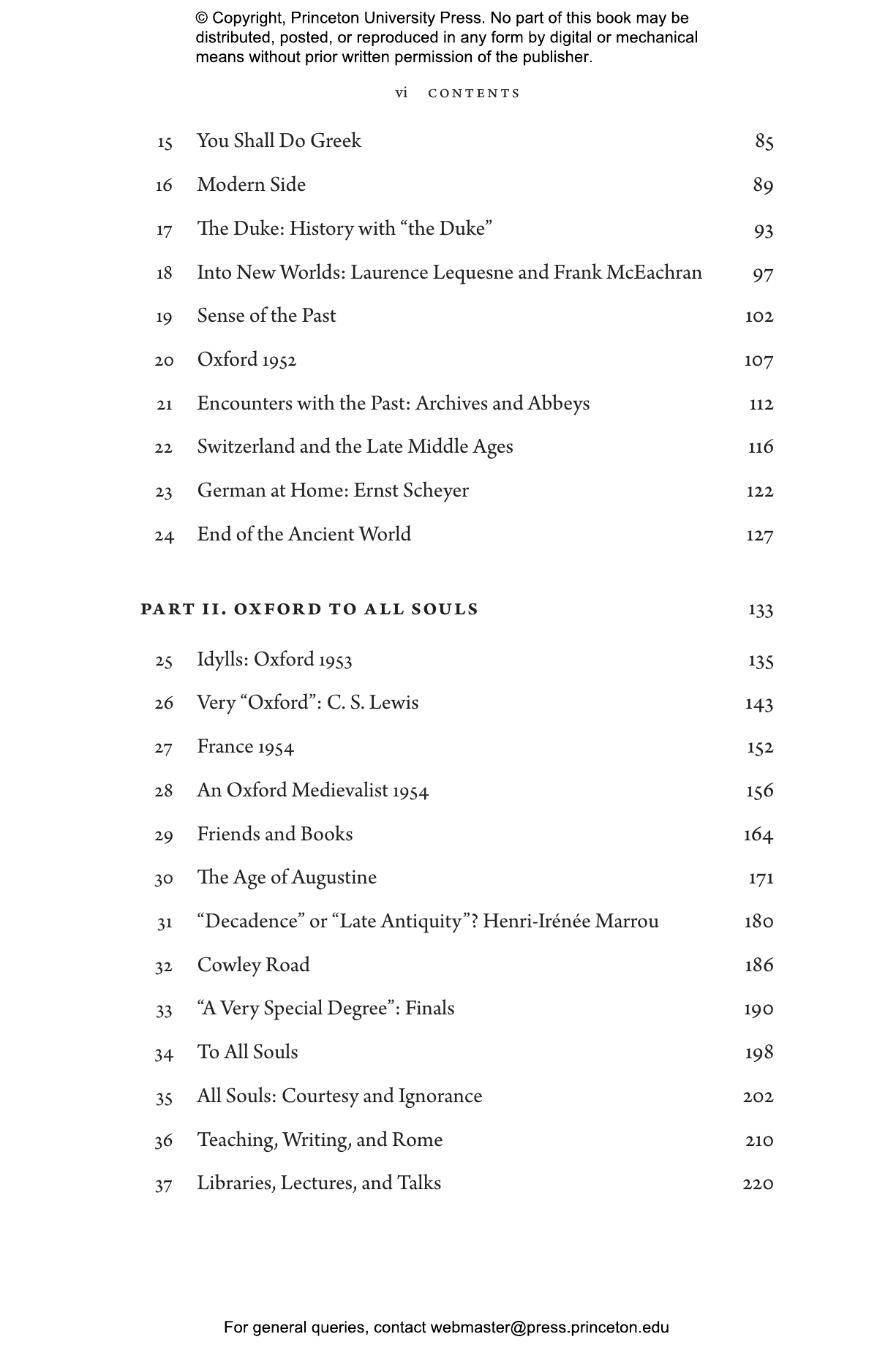 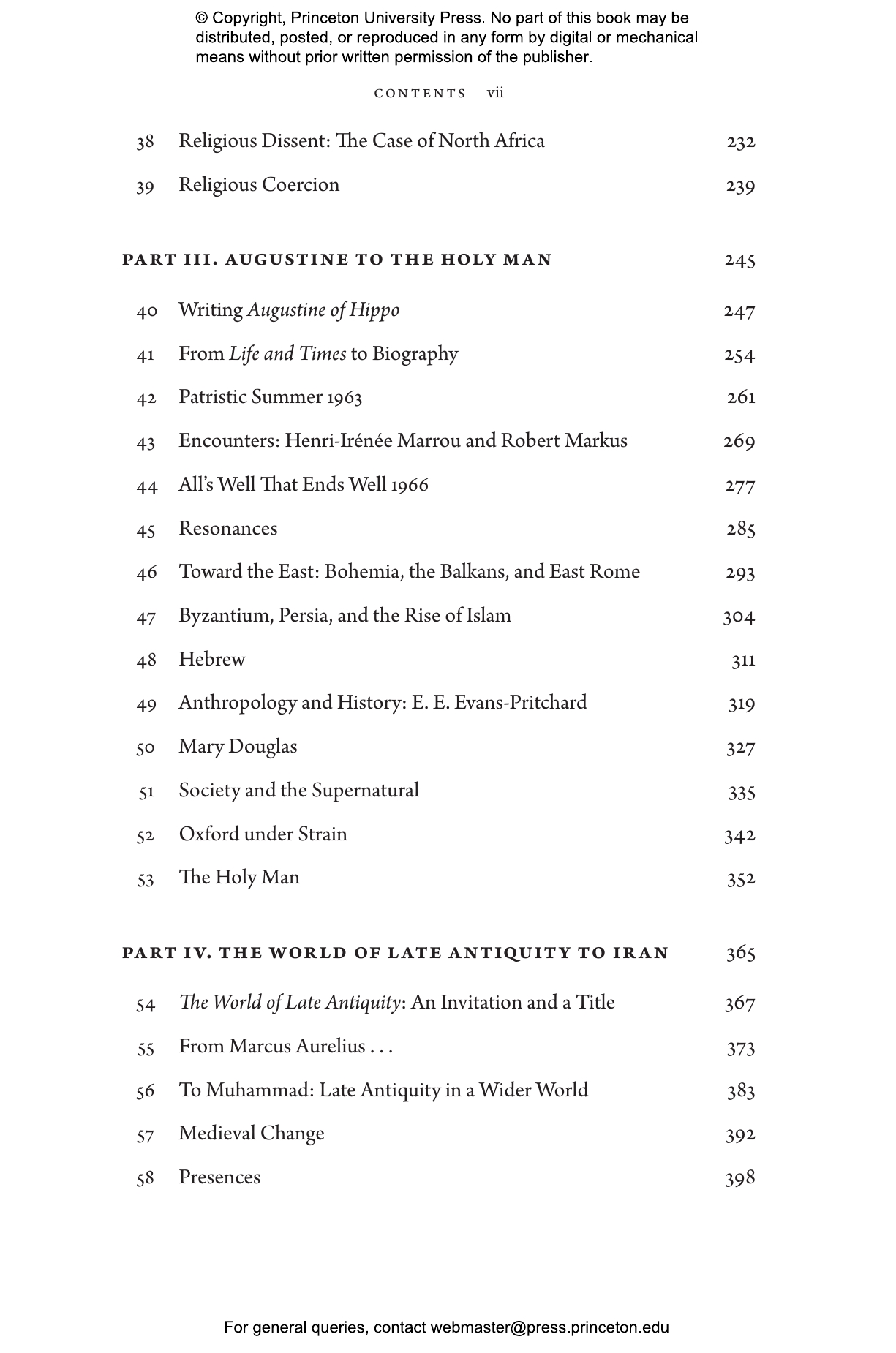 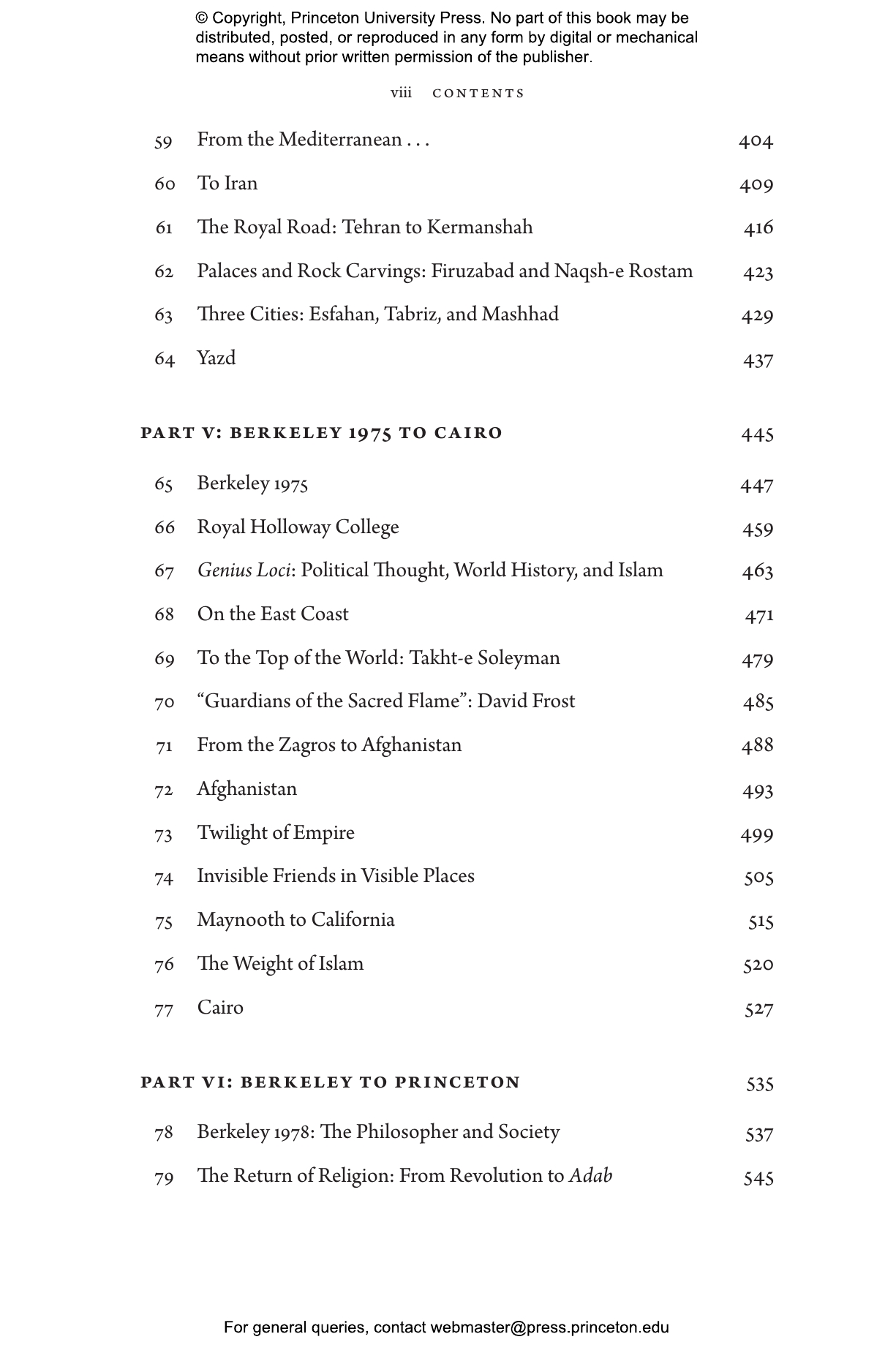 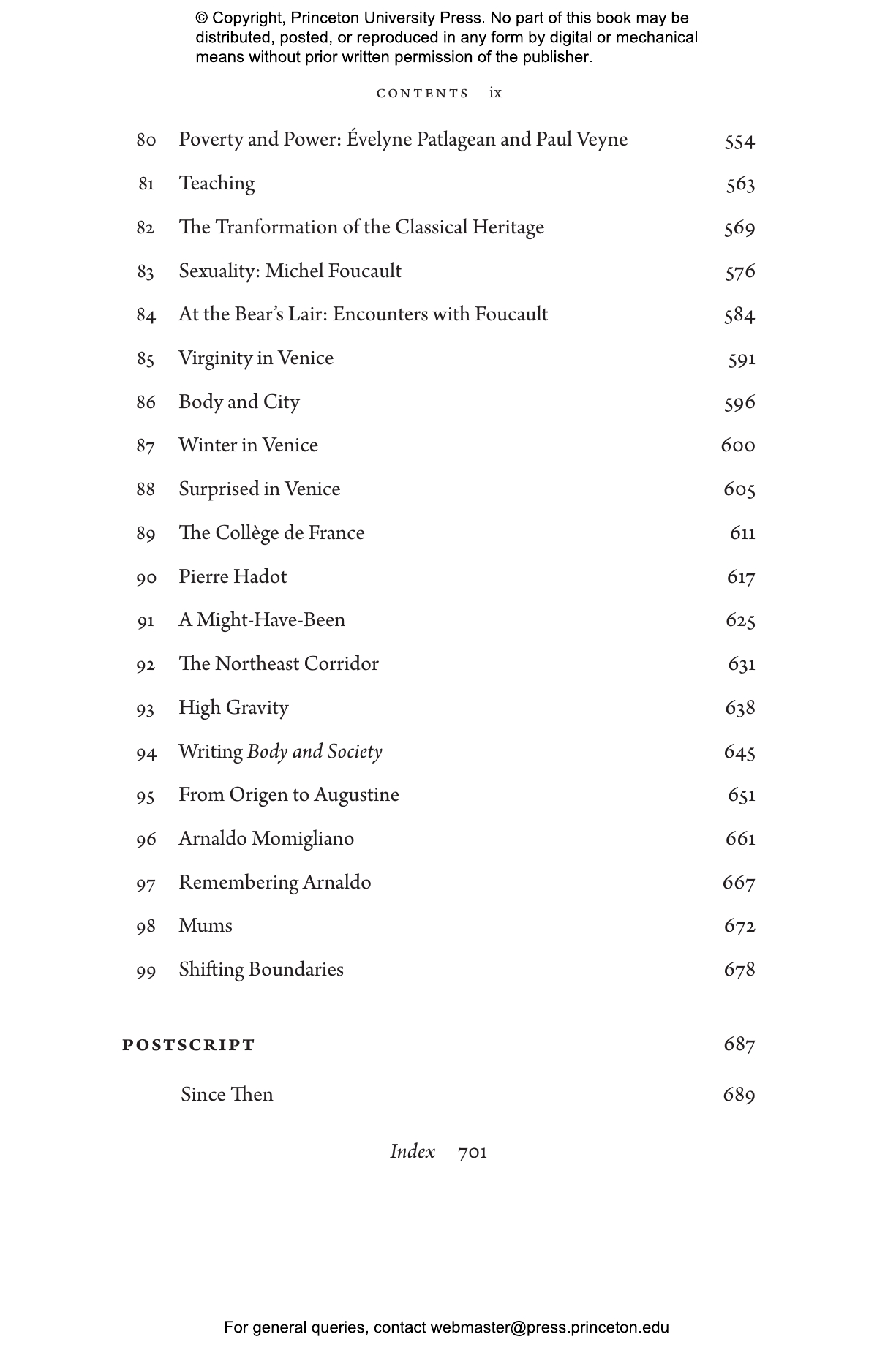 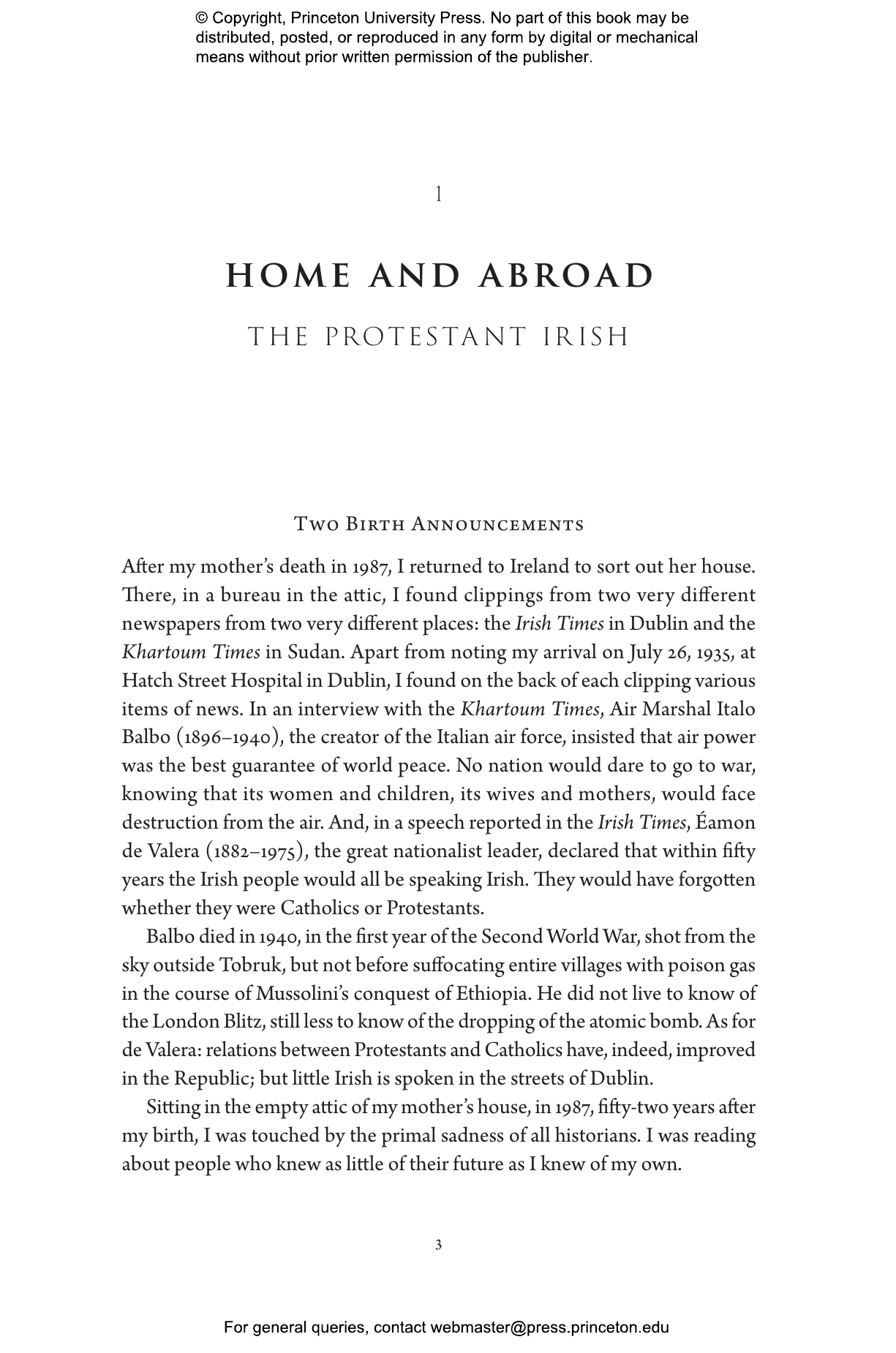 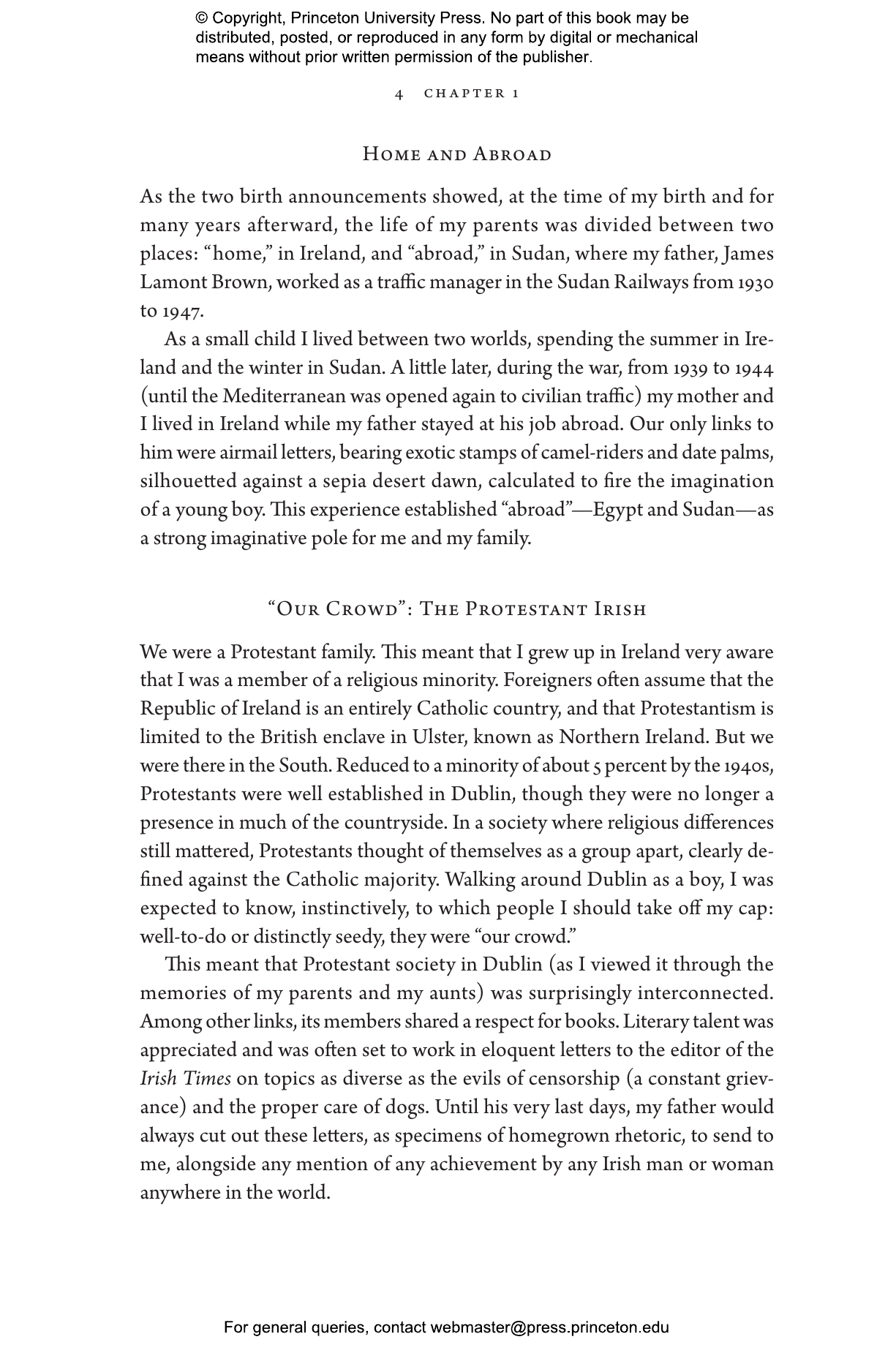 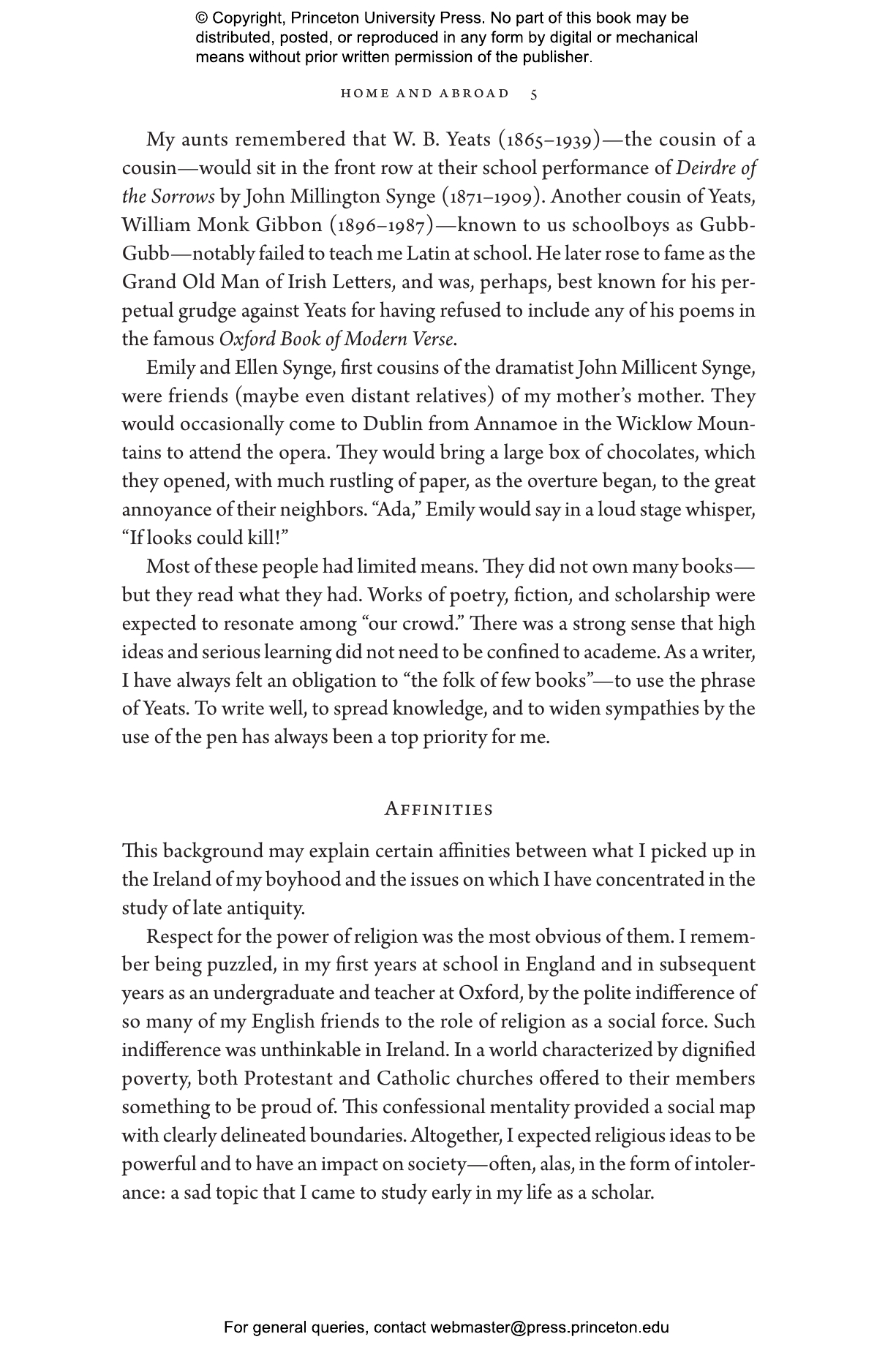 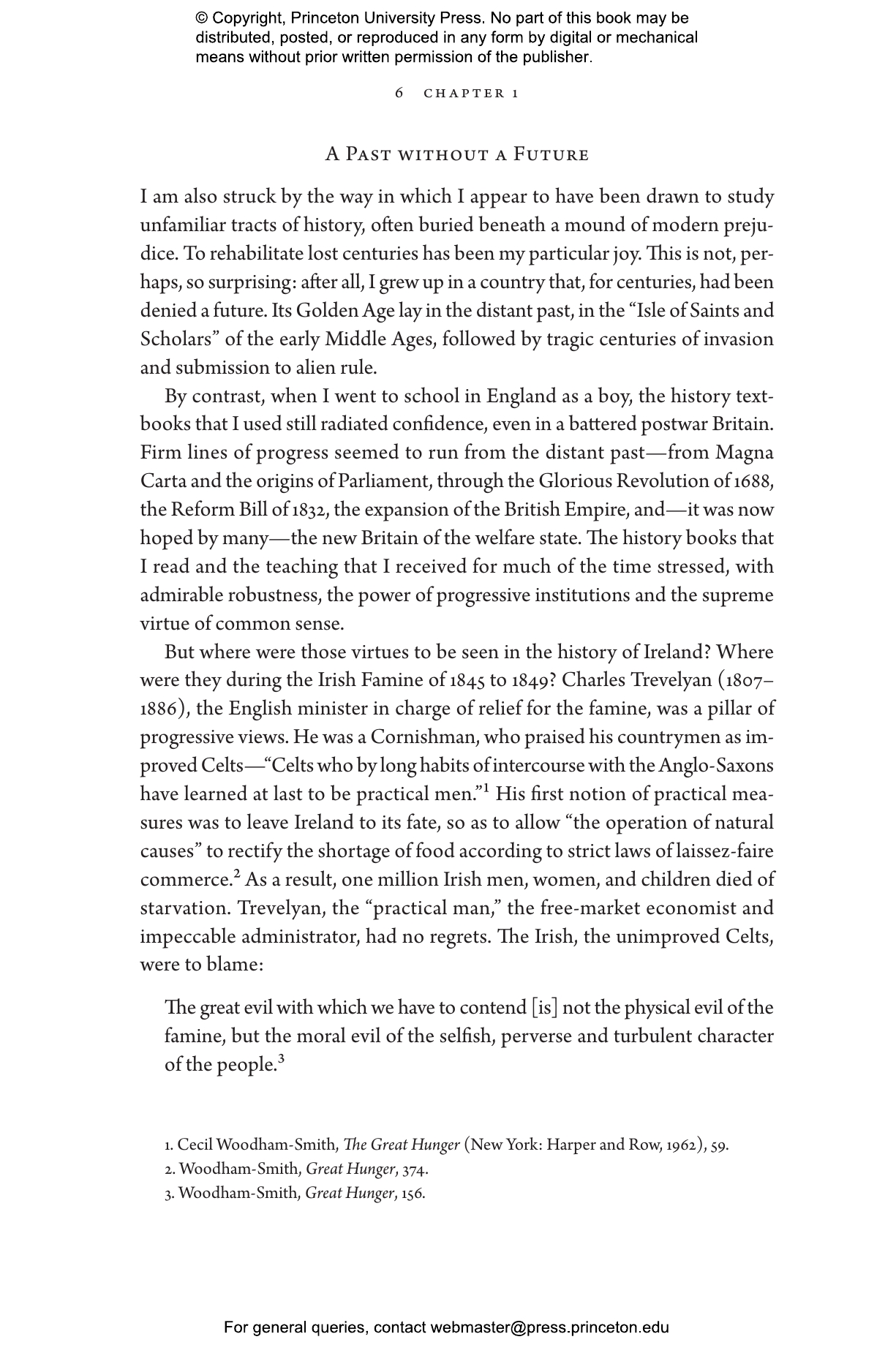 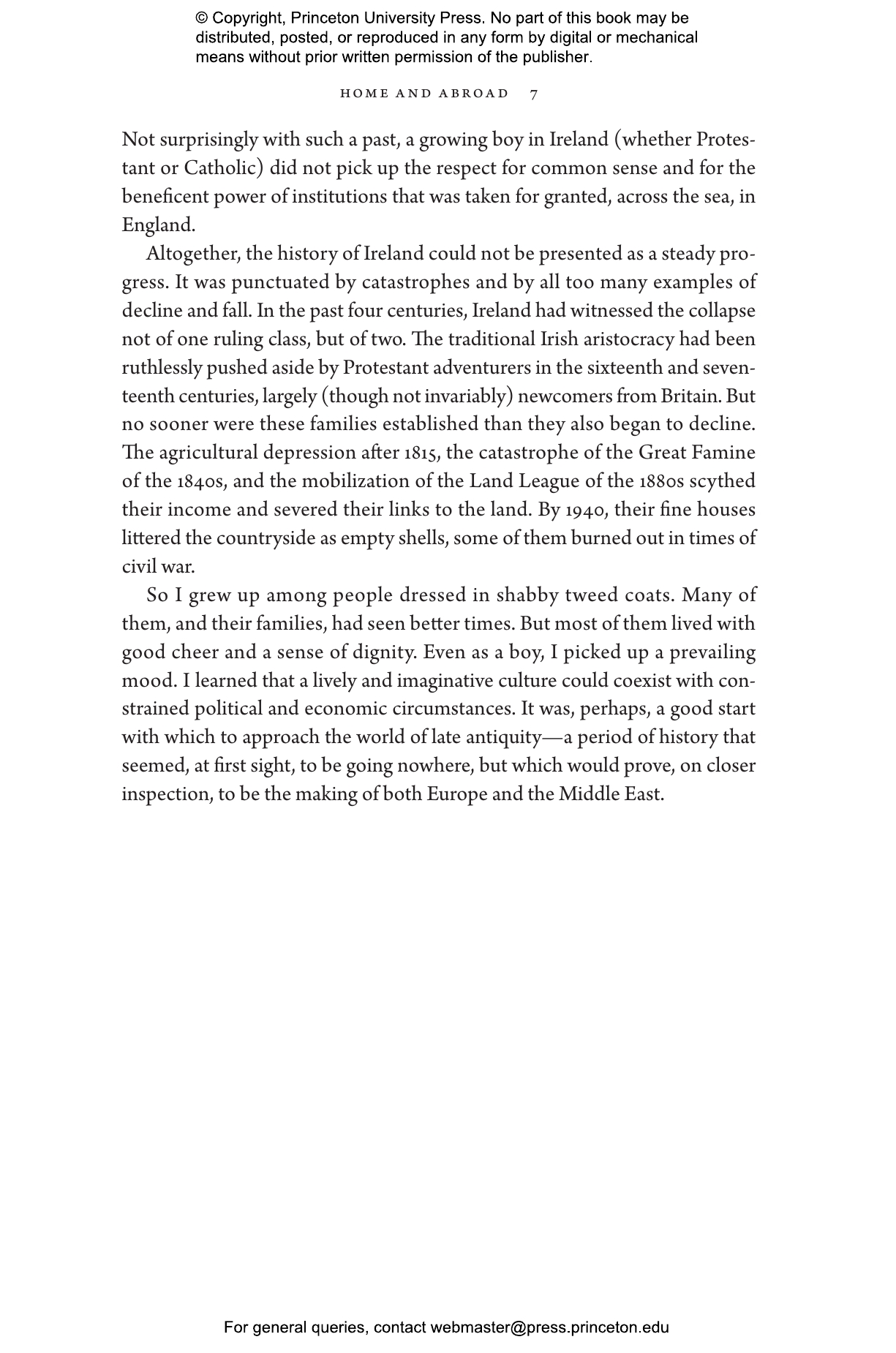 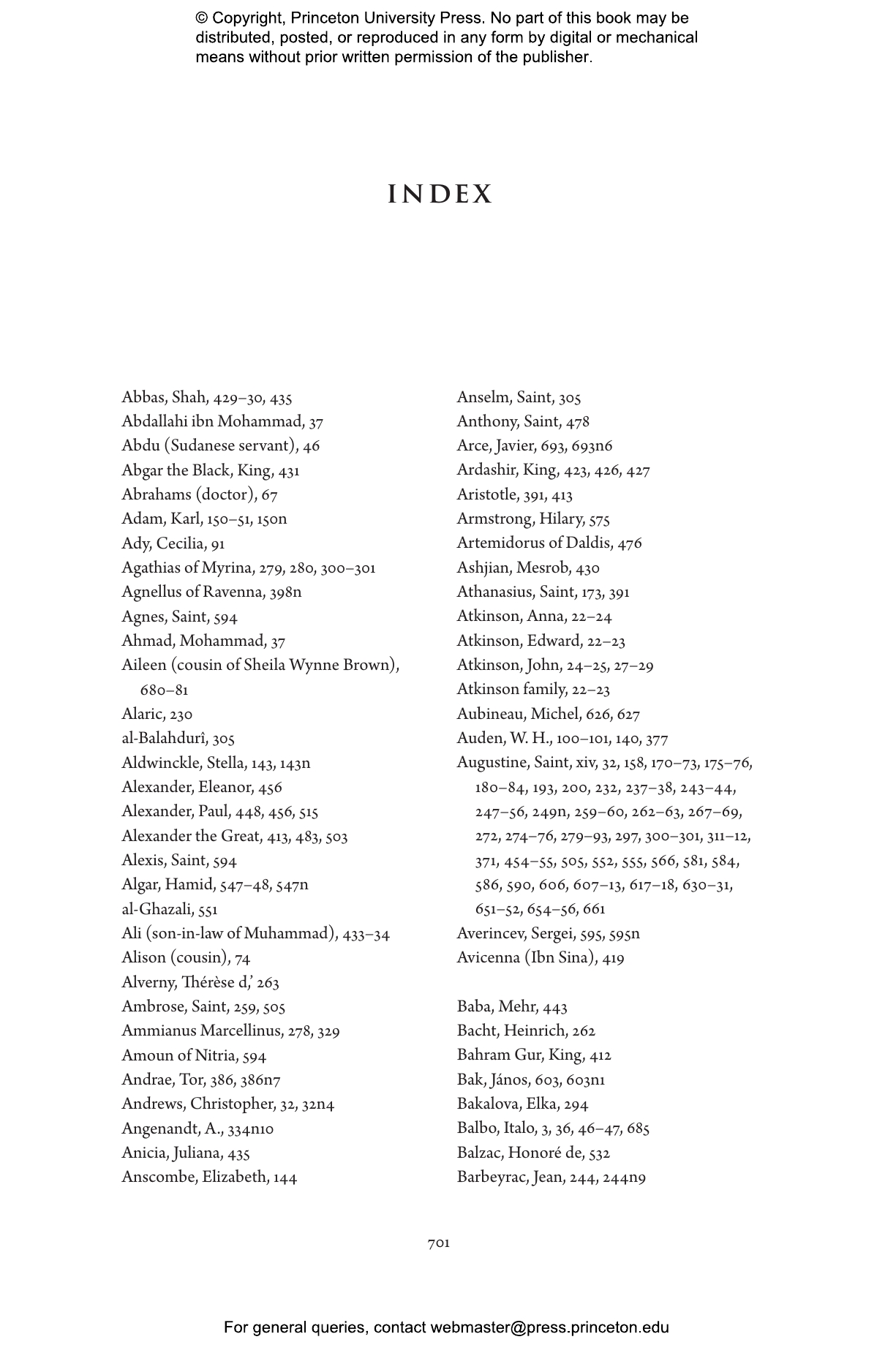 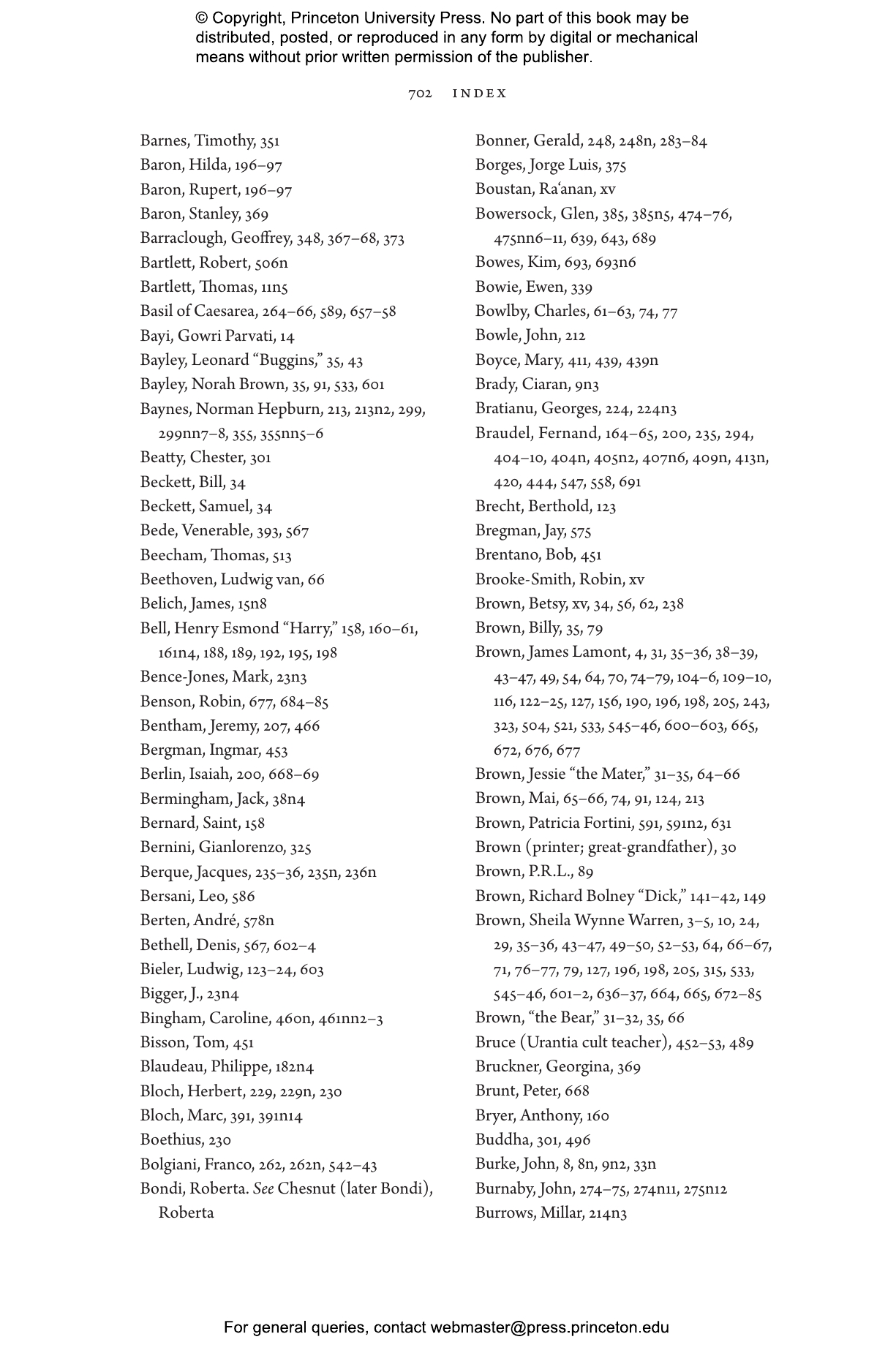 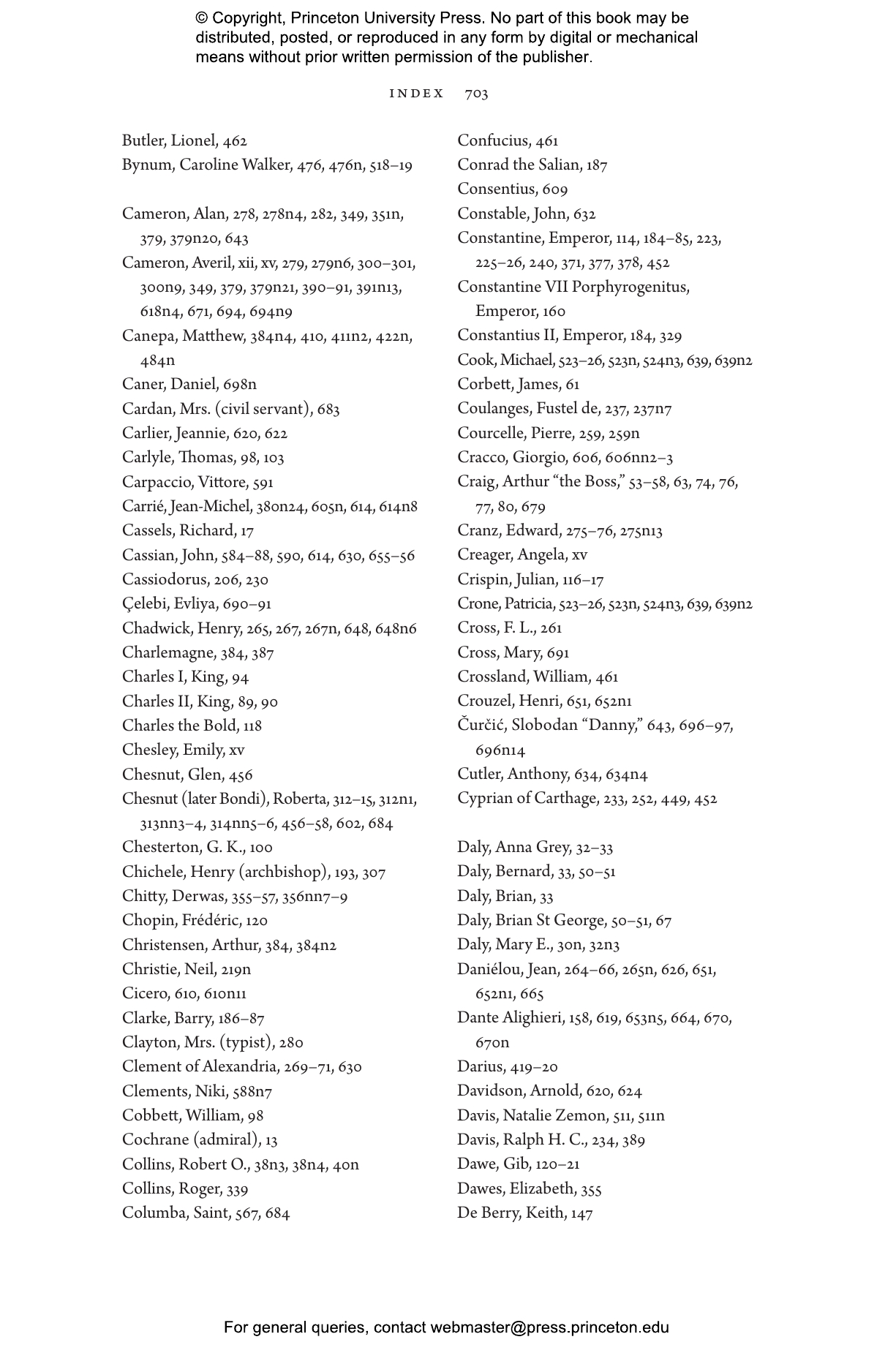 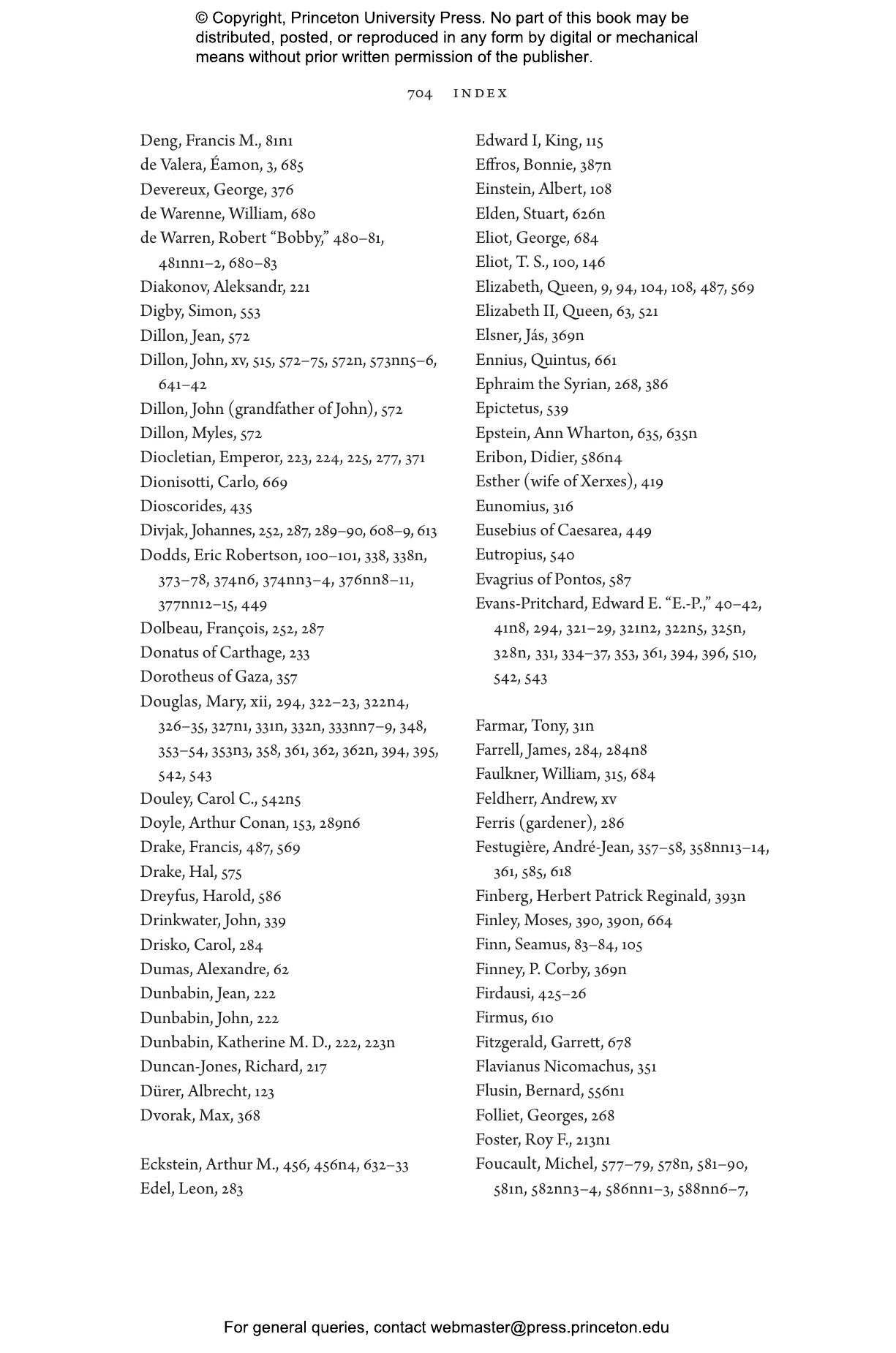 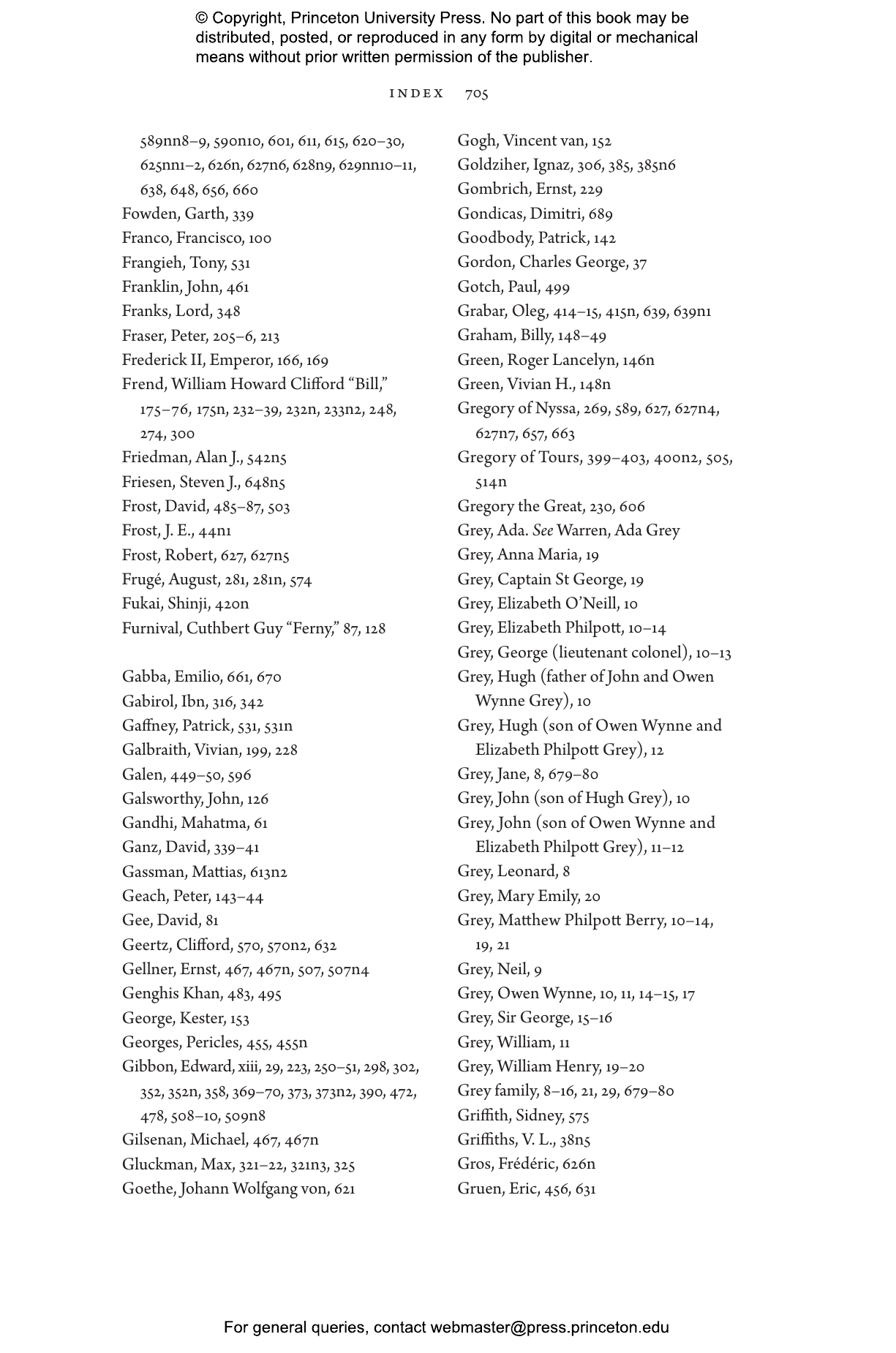 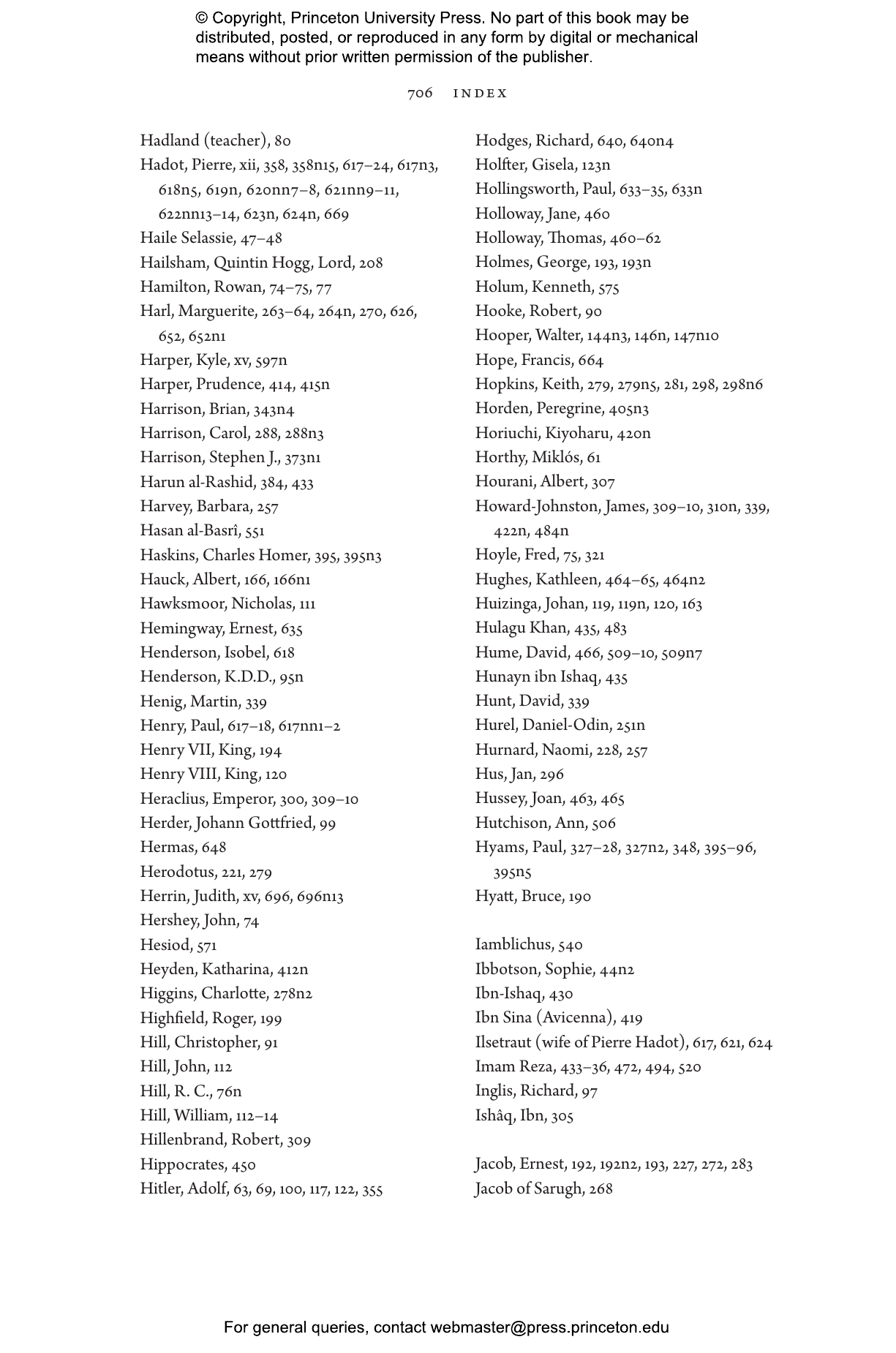 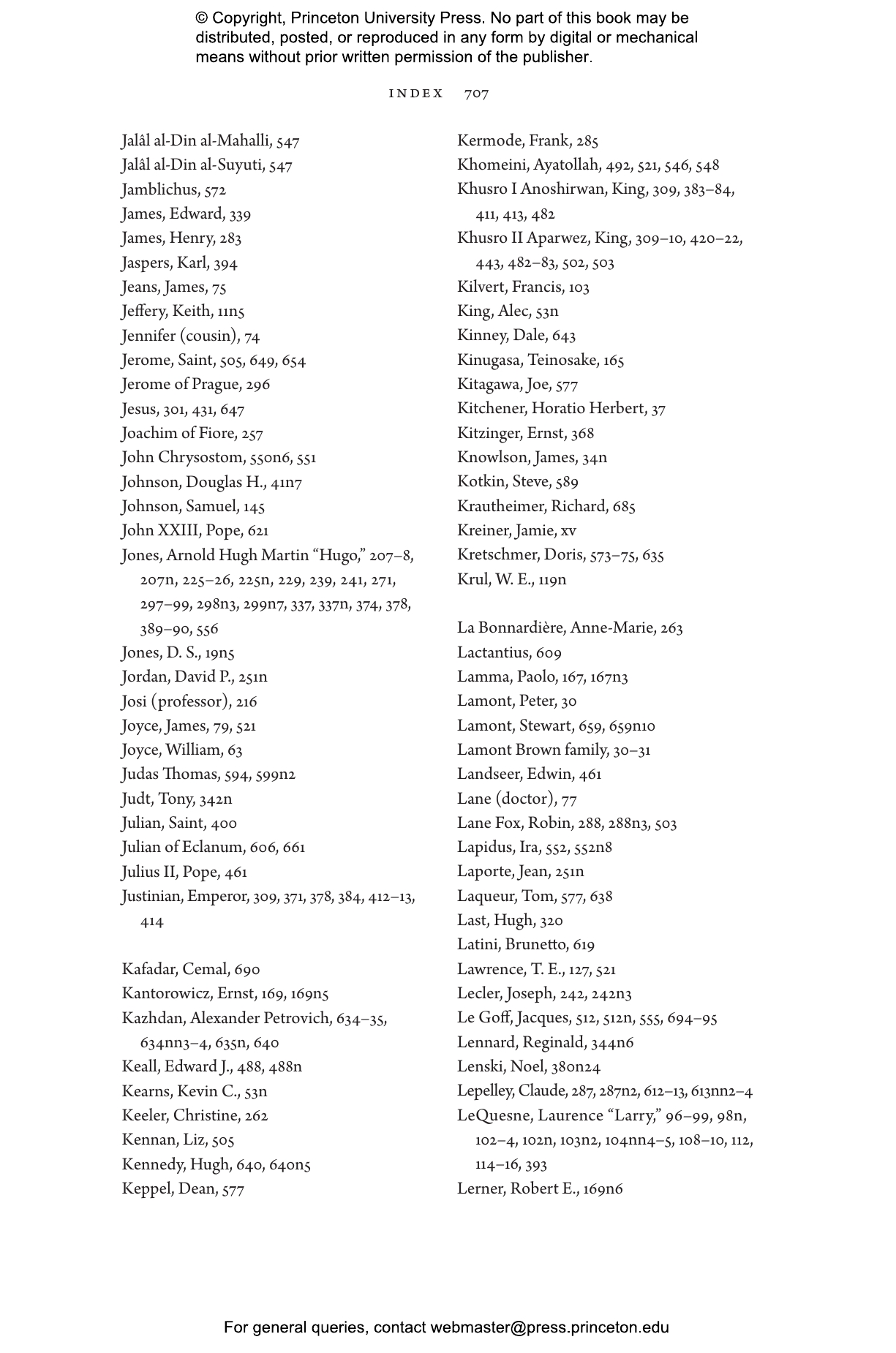 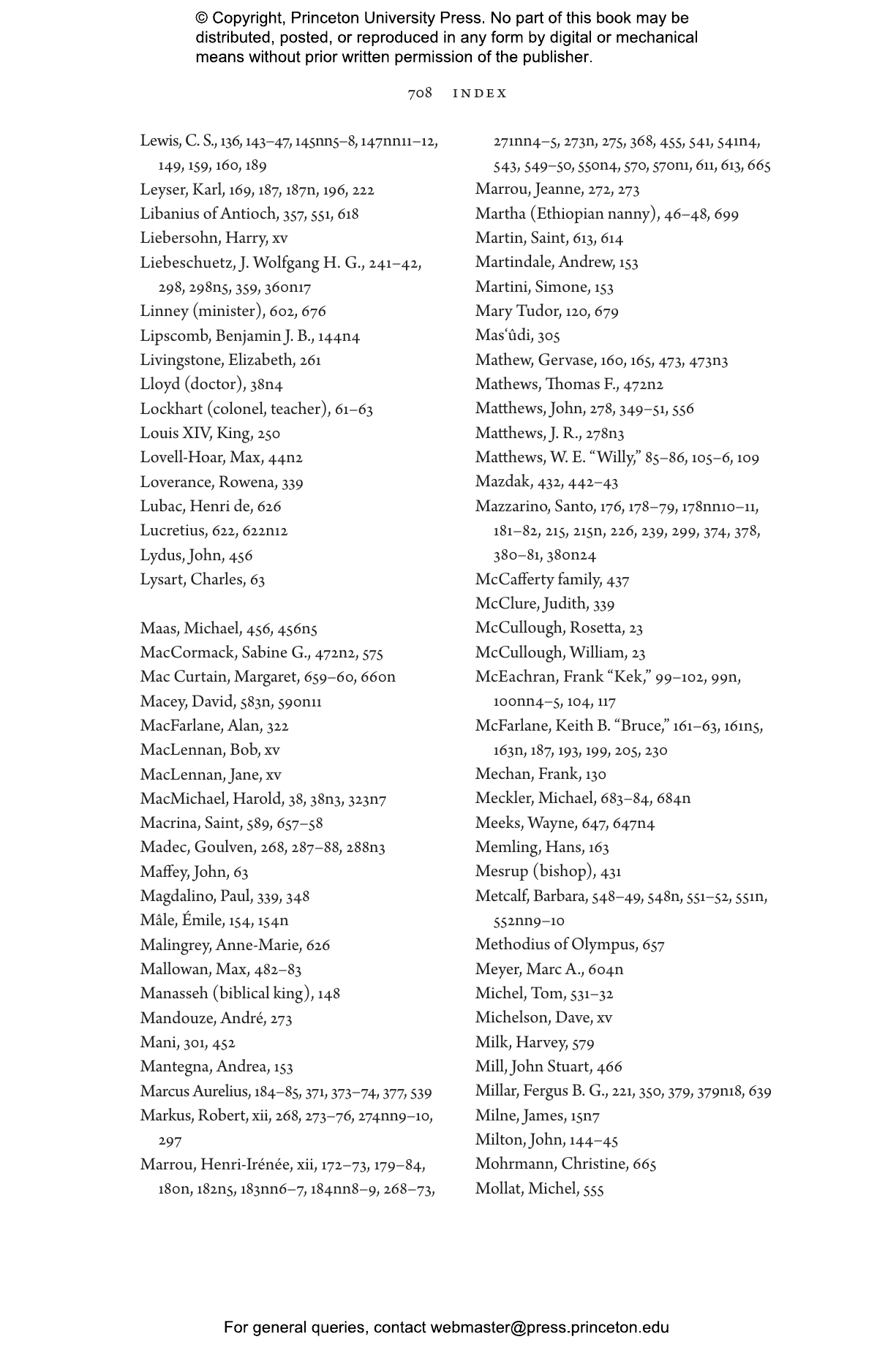 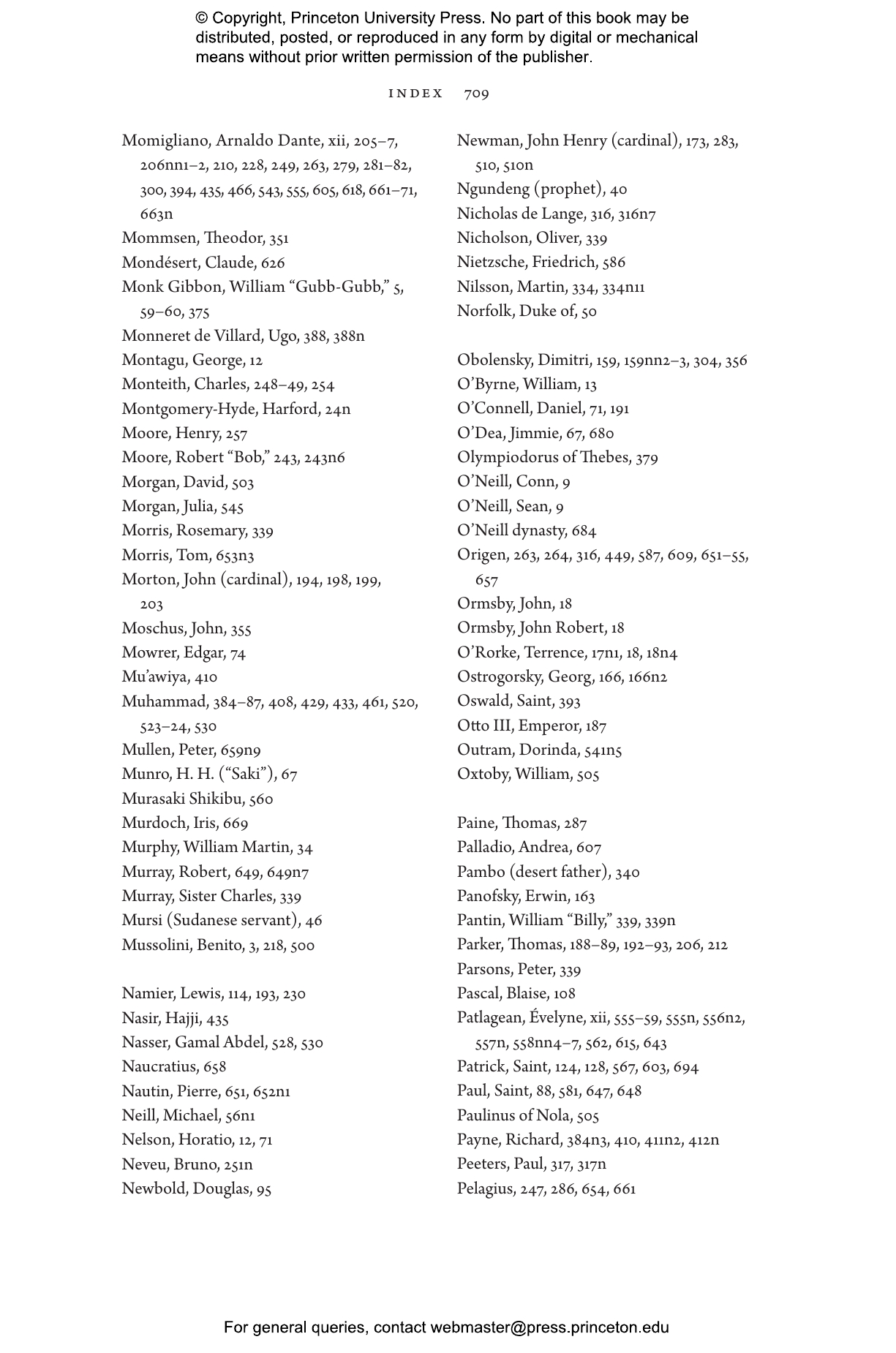 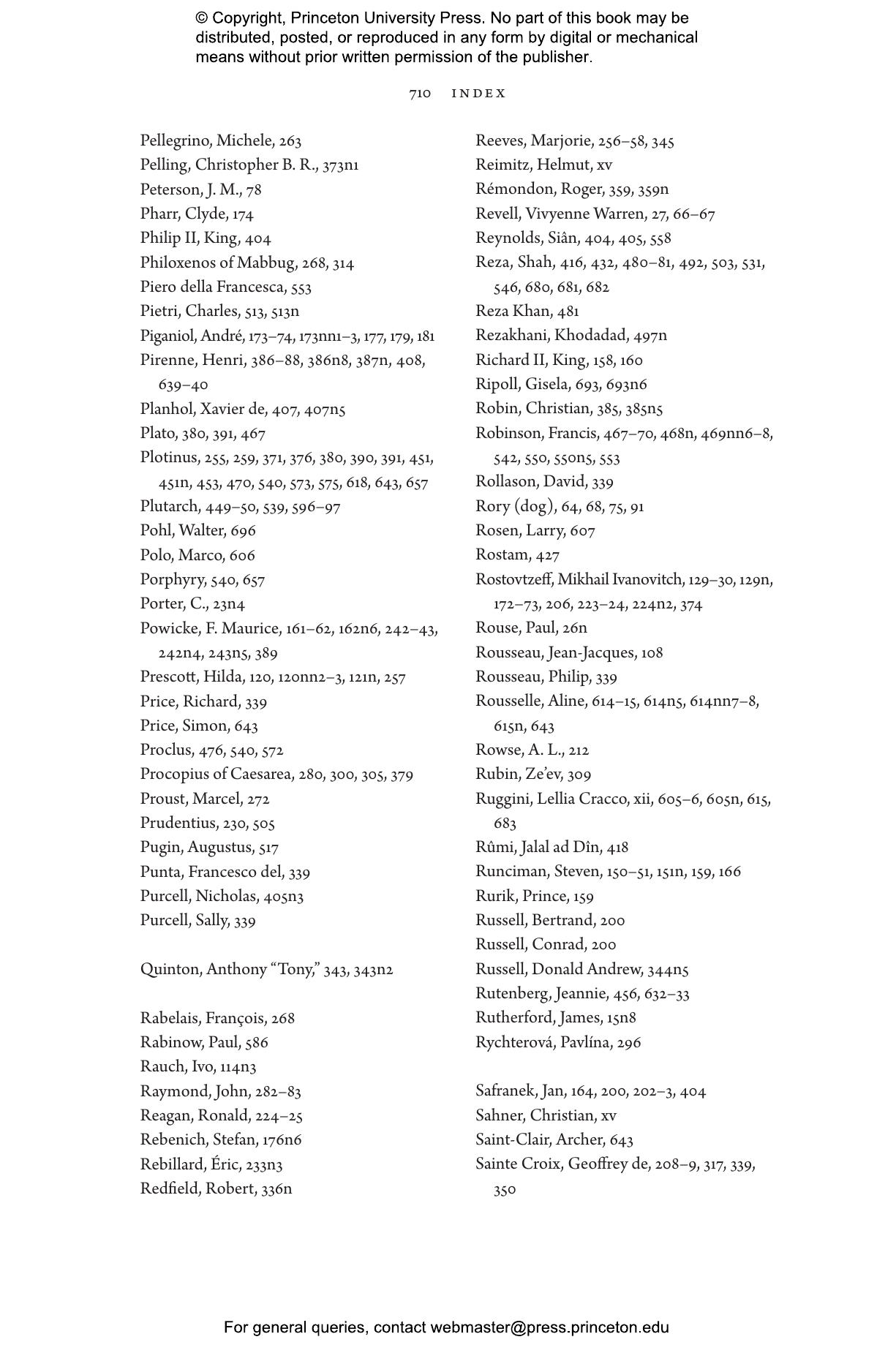 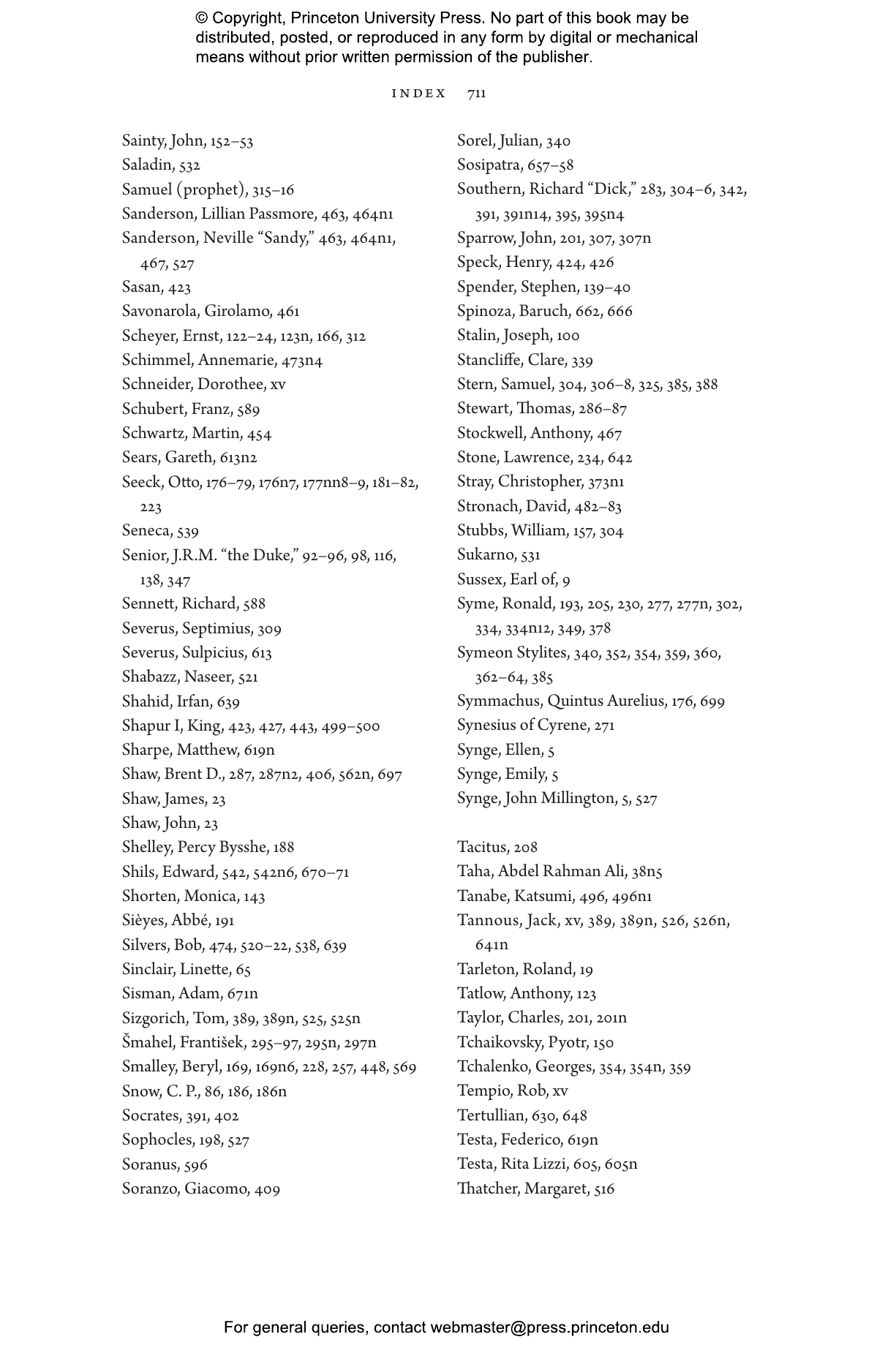 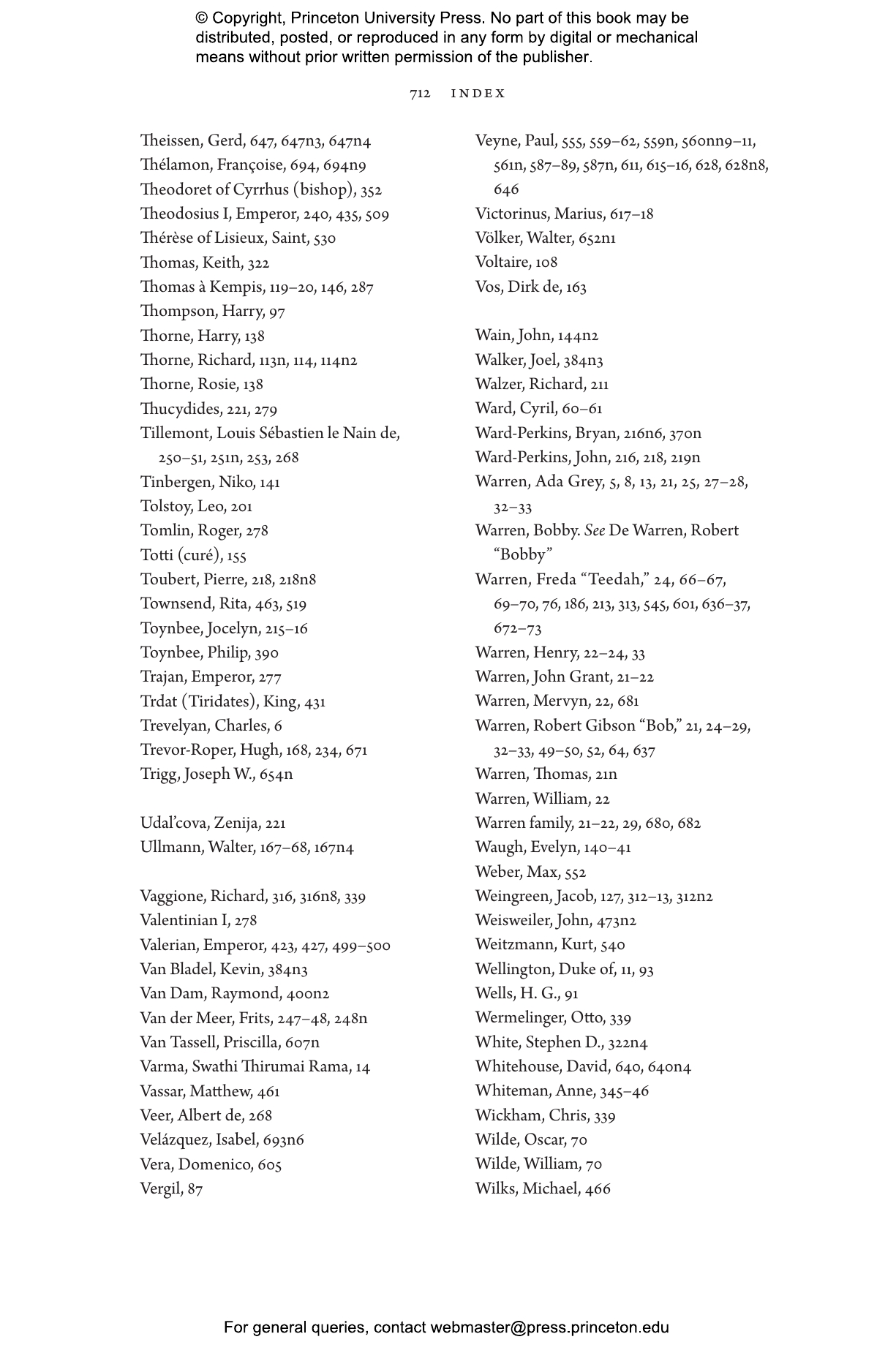 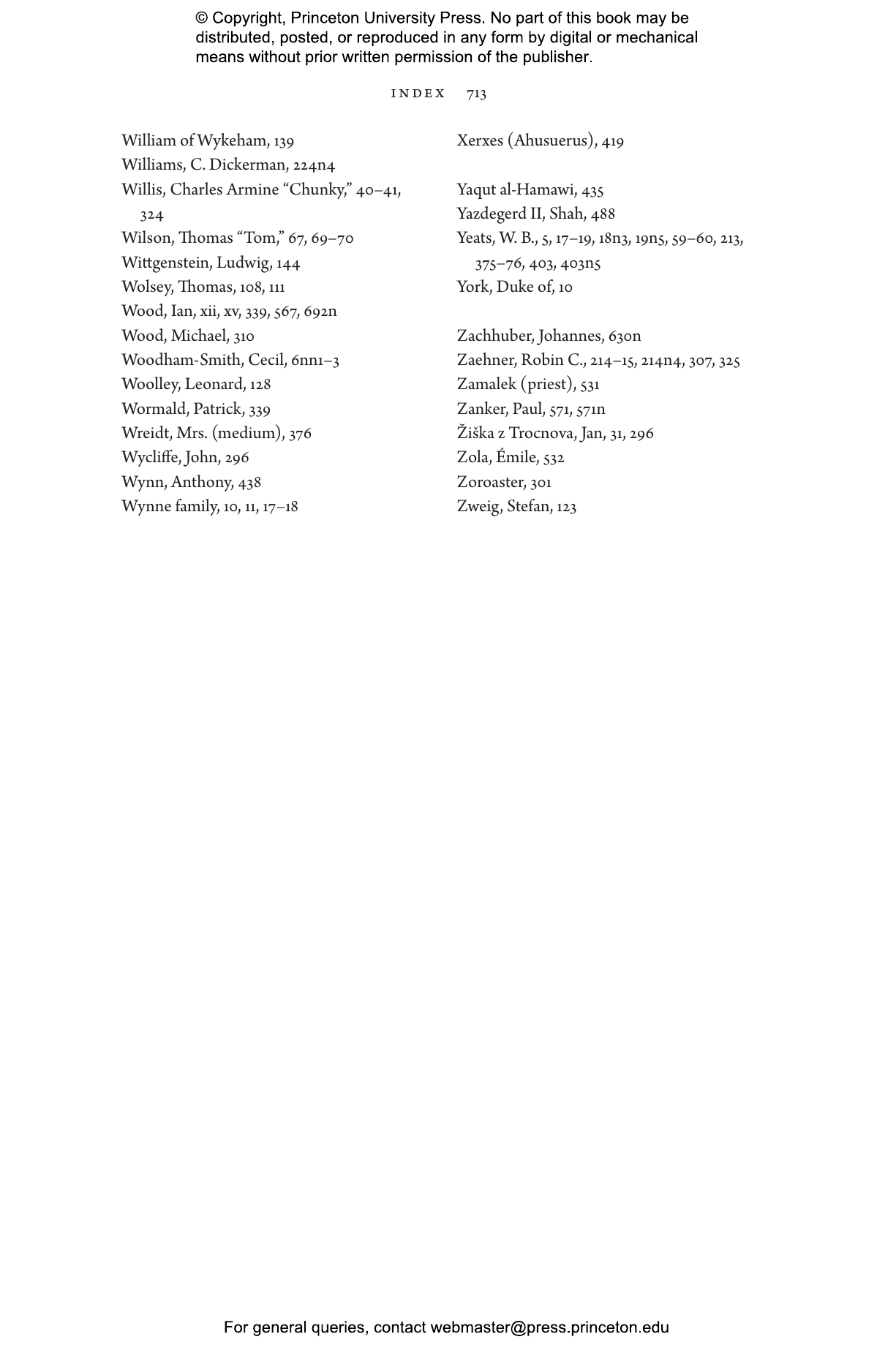 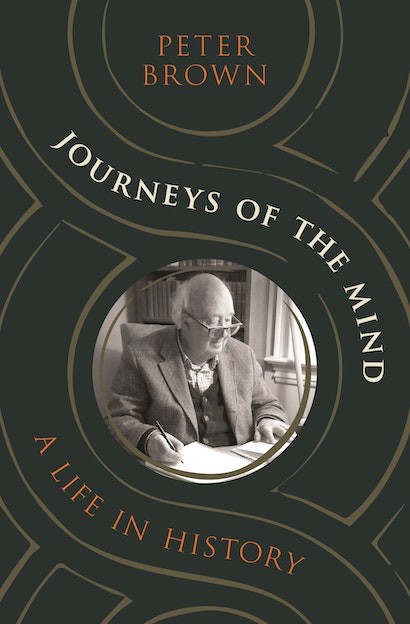 The end of the ancient world was long regarded by historians as a time of decadence, decline, and fall. In his career-long engagement with this era, the widely acclaimed and pathbreaking historian Peter Brown has shown, however, that the “neglected half-millennium” now known as late antiquity was in fact crucial to the development of modern Europe and the Middle East. In Journeys of the Mind, Brown recounts his life and work, describing his efforts to recapture the spirit of an age. As he and other scholars opened up the history of the classical world in its last centuries to the wider world of Eurasia and northern Africa, they discovered previously overlooked areas of religious and cultural creativity as well as foundational institution-building. A respect for diversity and outreach to the non-European world, relatively recent concerns in other fields, have been a matter of course for decades among the leading scholars of late antiquity.

Documenting both his own intellectual development and the emergence of a new and influential field of study, Brown describes his childhood and education in Ireland, his university and academic training in England, and his extensive travels, particularly in the eastern Mediterranean and the Middle East. He discusses fruitful interactions with the work of scholars and colleagues that include the British anthropologist Mary Douglas and the French theorist Michel Foucault, and offers fascinating snapshots of such far-flung places as colonial Sudan, midcentury Oxford, and prerevolutionary Iran. With Journeys of the Mind, Brown offers an essential account of the “grand endeavor” to reimagine a decisive historical moment.

Peter Brown is the Philip and Beulah Rollins Professor Emeritus of History at Princeton University. He is the author of Through the Eye of a Needle: Wealth, the Fall of Rome, and the Making of Christianity in the West, 350–550 AD (Princeton); The Rise of Western Christendom: Triumph and Diversity, A.D. 200–1000; The Ransom of the Soul: Afterlife and Wealth in Early Western Christianity; Treasure in Heaven: The Holy Poor in Early Christianity; and many other books. 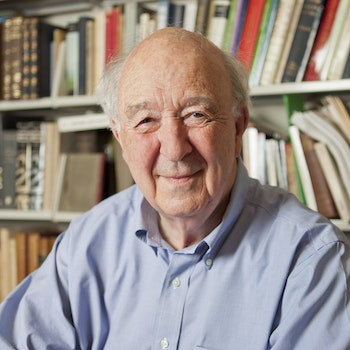 “In this masterpiece of a book, Peter Brown takes us on a journey from his native Ireland to Oxford, Berkeley, and Princeton as well as the Sudan, Iran, Turkey, and the Mediterranean. Along the way, we learn of the books and people who inspired him and contributed to the steady development of his influential ideas. It is written with deep humanity and generosity; one comes away richer, wiser, immensely grateful, and still wanting more.”—Averil Cameron, author of Byzantine Matters

“Journeys of the Mind is a rich and personal recounting of the birth of late antiquity, full of unexpected and fresh insights. It is also an engrossing tableau of now-vanished social worlds, from prewar Ireland to mid-twentieth-century Oxford to prerevolutionary Iran to 1970s Berkeley. Lyrical, profound, and deeply moving, the book puts Brown’s powers of empathy and imagination on full display and ranks as one of his finest accomplishments.”—Kyle Harper, author of Plagues upon the Earth: Disease and the Course of Human History

“Peter Brown has woven the conviviality and erudition of his company with the sweep and brilliance of his scholarship to create a unique, delightful journey through his life as the founding scholar of early Christendom.”—Judith Herrin, author of Ravenna: Capital of Empire, Crucible of Europe

“In Augustine of Hippo, Peter Brown unforgettably combined biographical sensitivity, fine-grained historical analysis, and lyrical writing to produce a life story of arresting beauty and depth. Now, drawing on these same gifts, he achieves this accomplishment yet again with his own life story, while tracing, as well, the twentieth century’s creation of the academic study of late antiquity. Told with grace, wit, and keen insight, Journeys of the Mind invites the reader to accompany this master storyteller as he relates his own thrilling intellectual autobiography. What variegated sojourns; what gifts of navigation; what wonderful journeys, indeed.”—Paula Fredriksen, author of When Christians Were Jews: The First Generation

“Journeys of the Mind is a profound meditation on what it means to be a historian, by one born between countries, religions, and classes. Peter Brown reminds us that to do history means to live in it, and to toggle backwards and forwards between our pasts, the past, and the ‘primal sadness’ of an unknowable future. This is not only an autobiographical account of a historian, or the shaping of a historical field, but a lyrical reminder of how history is born of families and friendships.”—Kimberley Bowes, University of Pennsylvania

“Peter Brown ranks among our greatest living historians and finest writers in the English language, and this book takes us on a trip across worlds and histories. Through his gimlet eye we walk the sectarian streets of his native Ireland, enjoy the gaudy nights of 1950s Oxford, navigate the buses of rural Iran and crowded Cairo, and experience the leafy sub-urbanity of Princeton. We accompany him to intense literary communions with early Christian monks in the deserts of Syria and to equally intense lunches with Michel Foucault in Paris. Along the way, we learn a great deal about both ancient and modern history. But the ultimate goal of Journeys of the Mind is even greater: to teach each of us in our own present what it means to think historically, through the example of a life that has done so.”—David Nirenberg, author of Communities of Violence: Persecution of Minorities in the Middle Ages