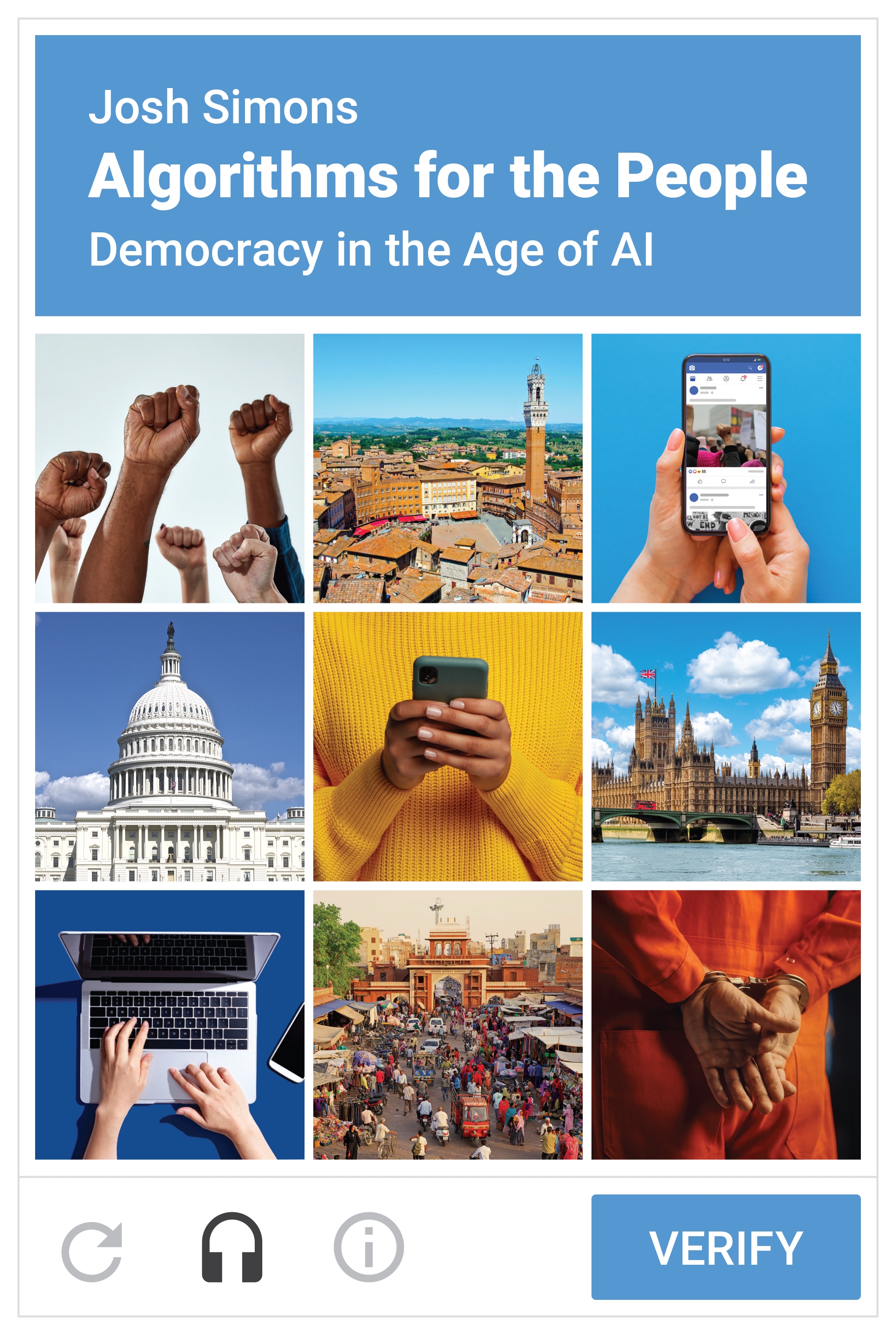 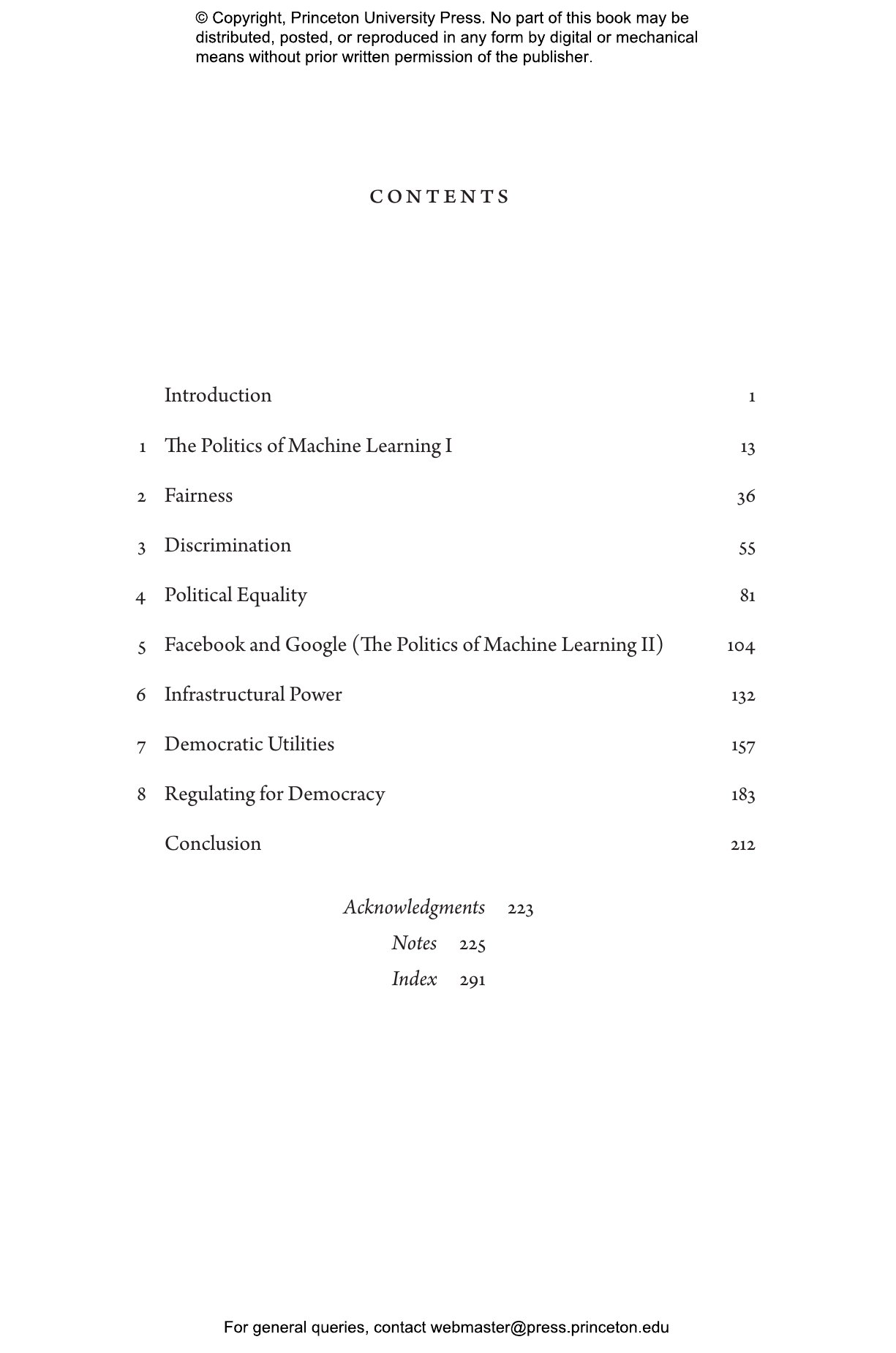 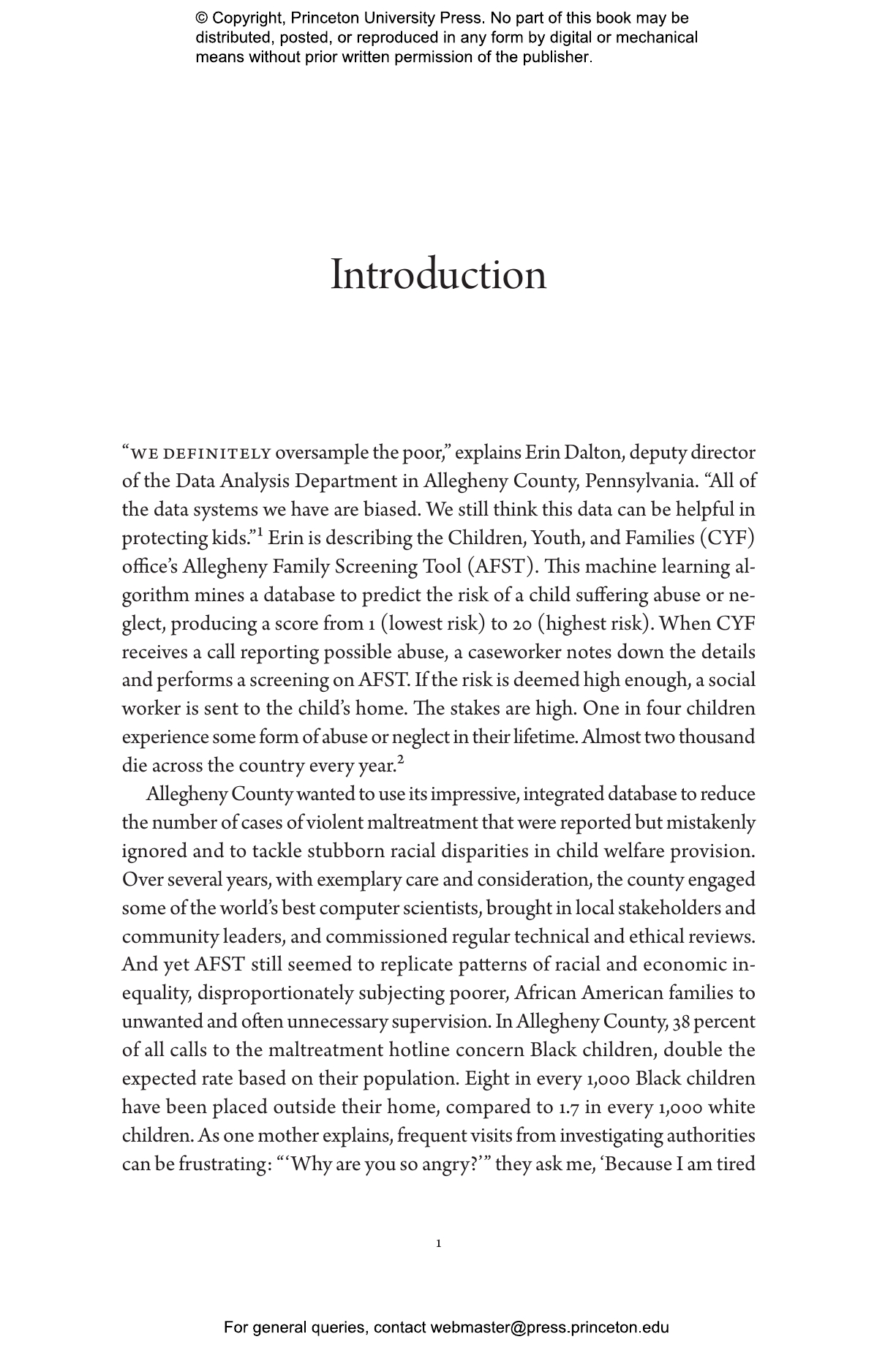 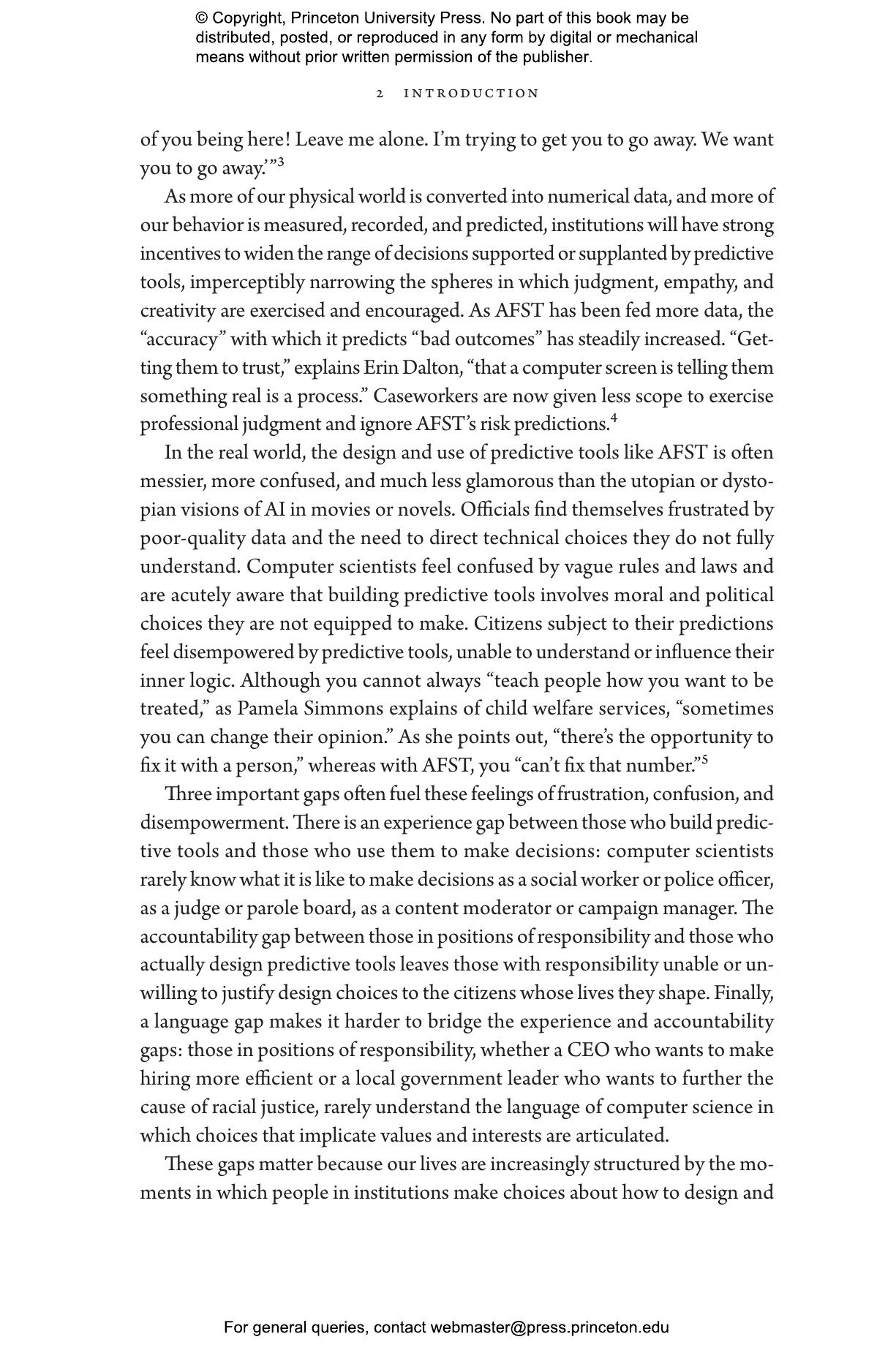 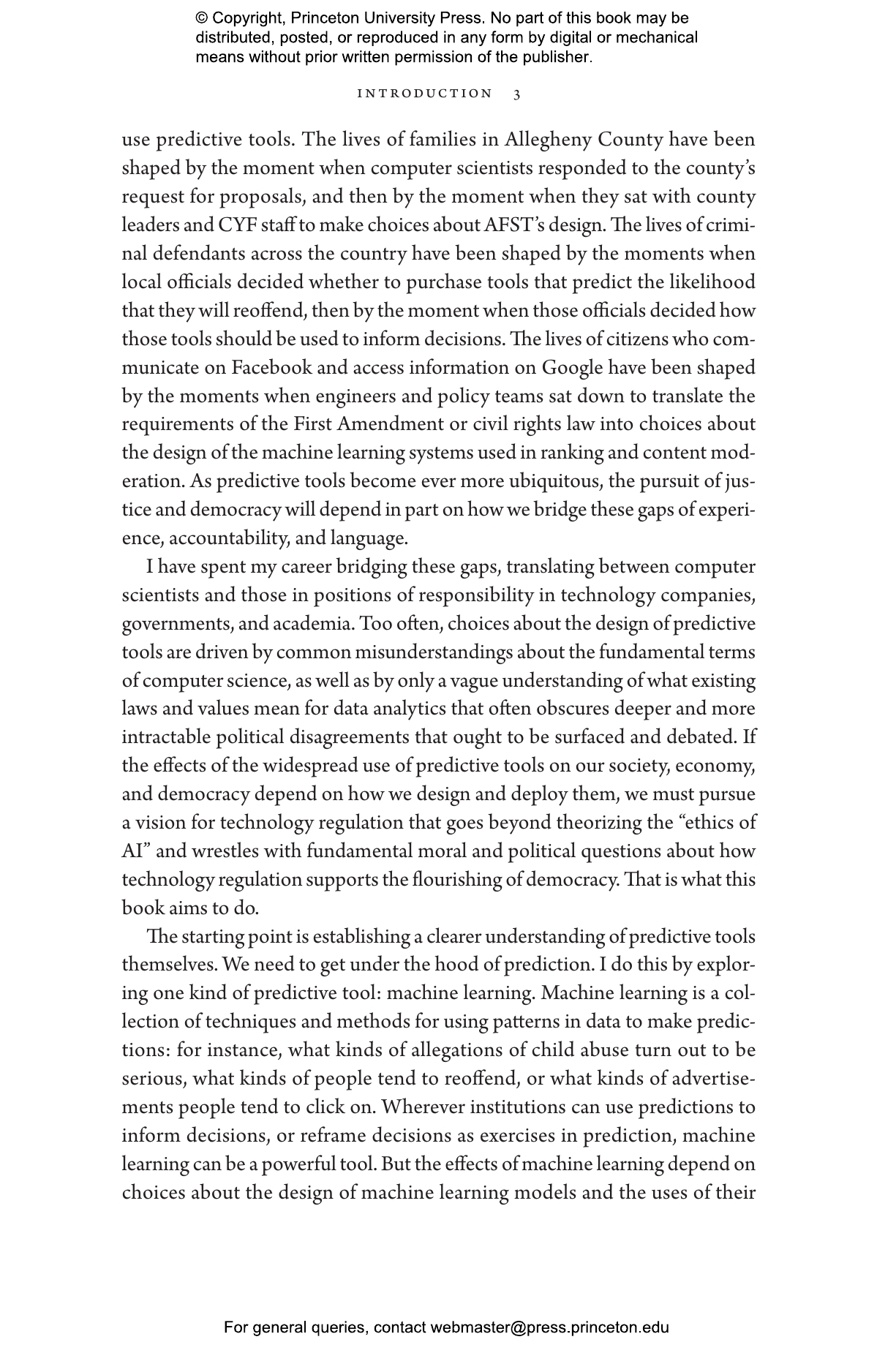 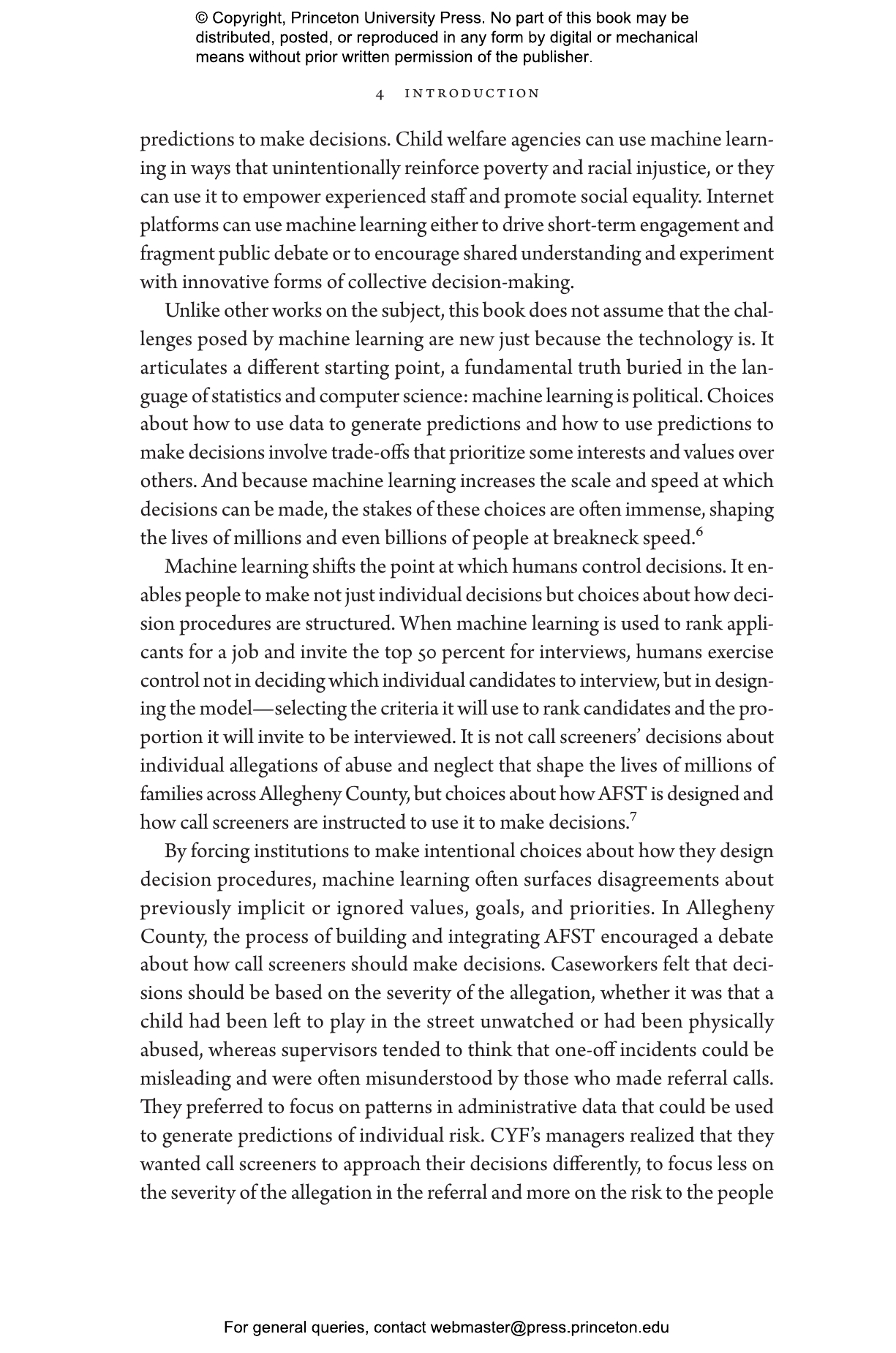 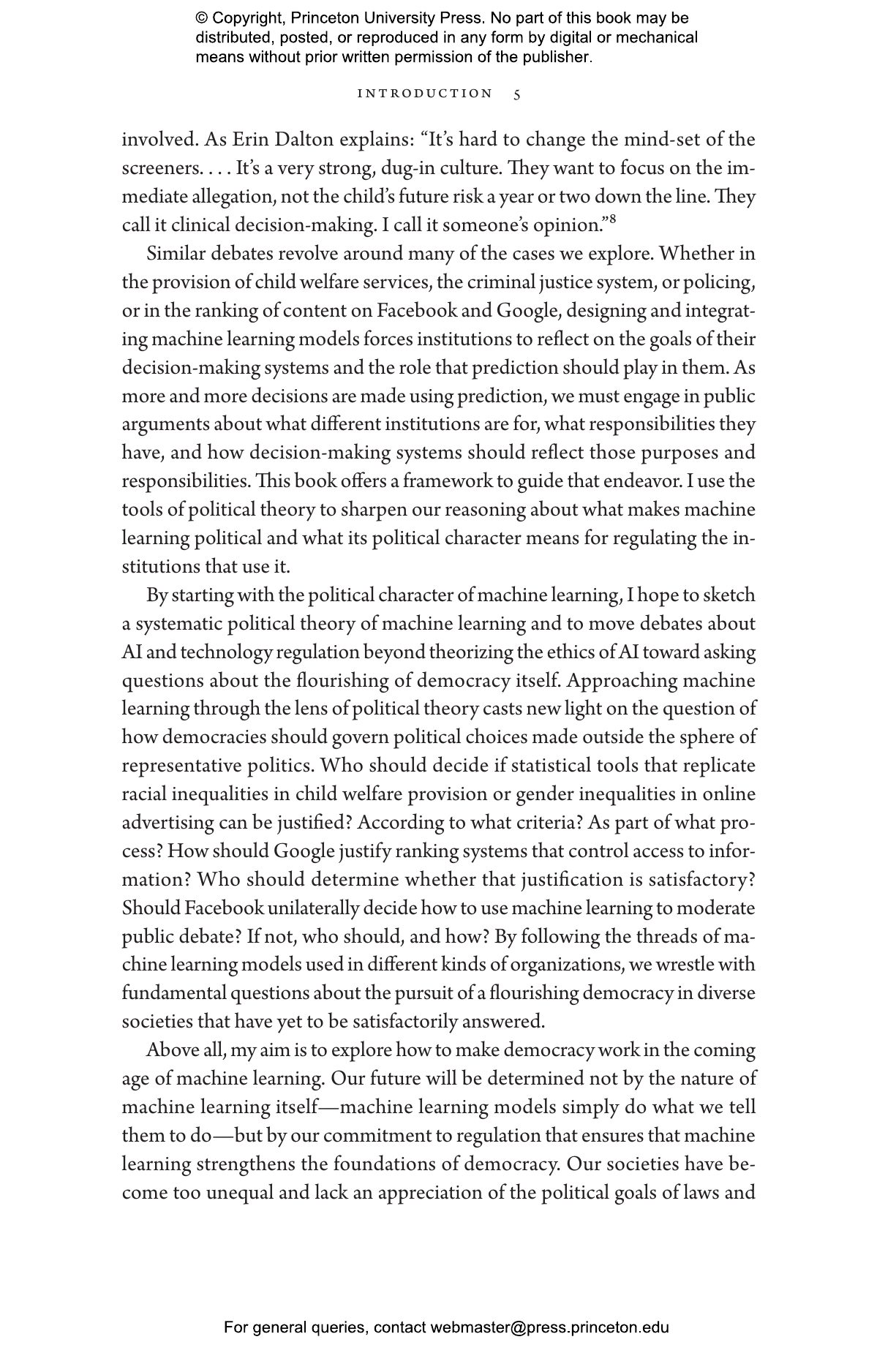 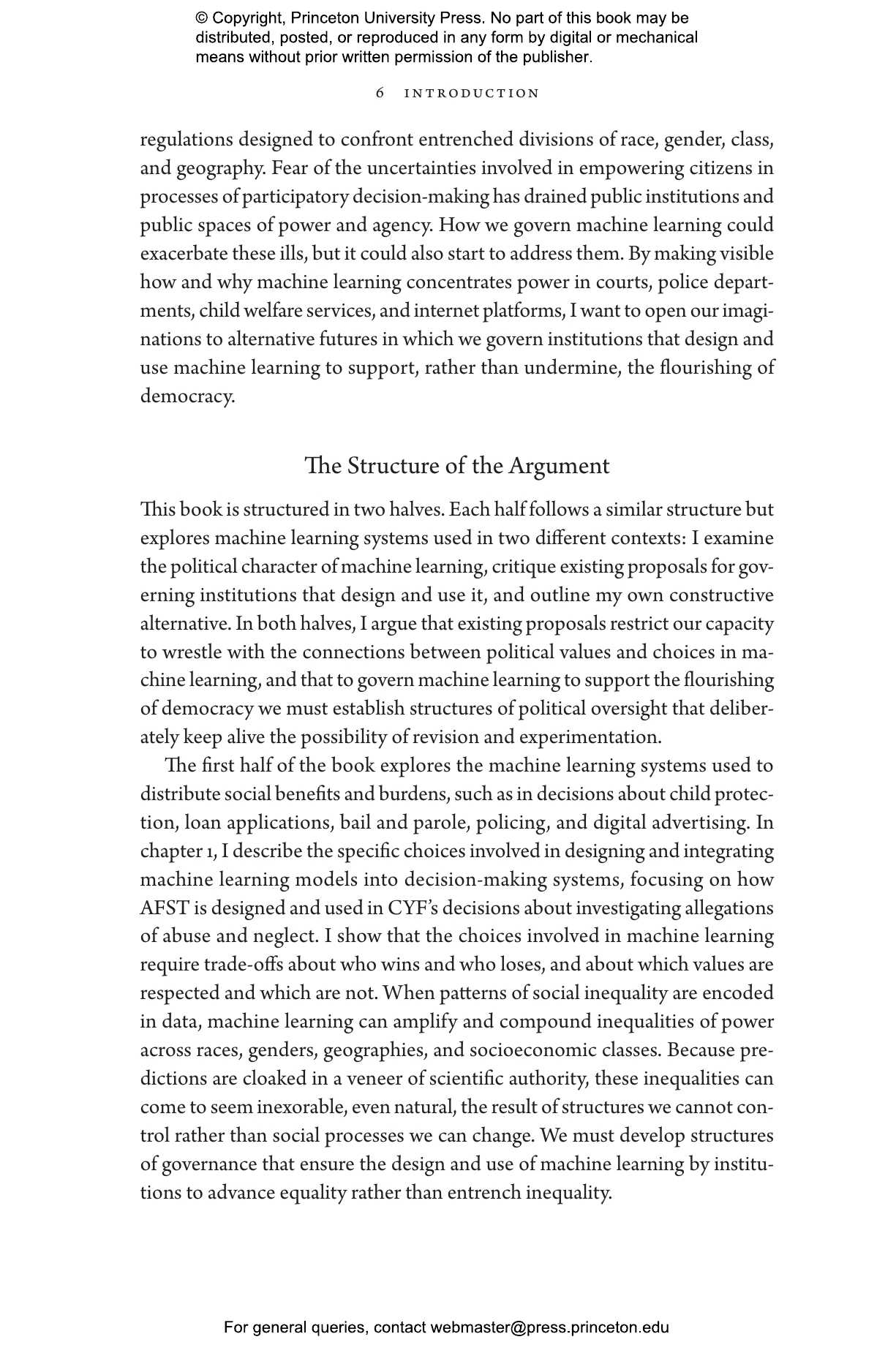 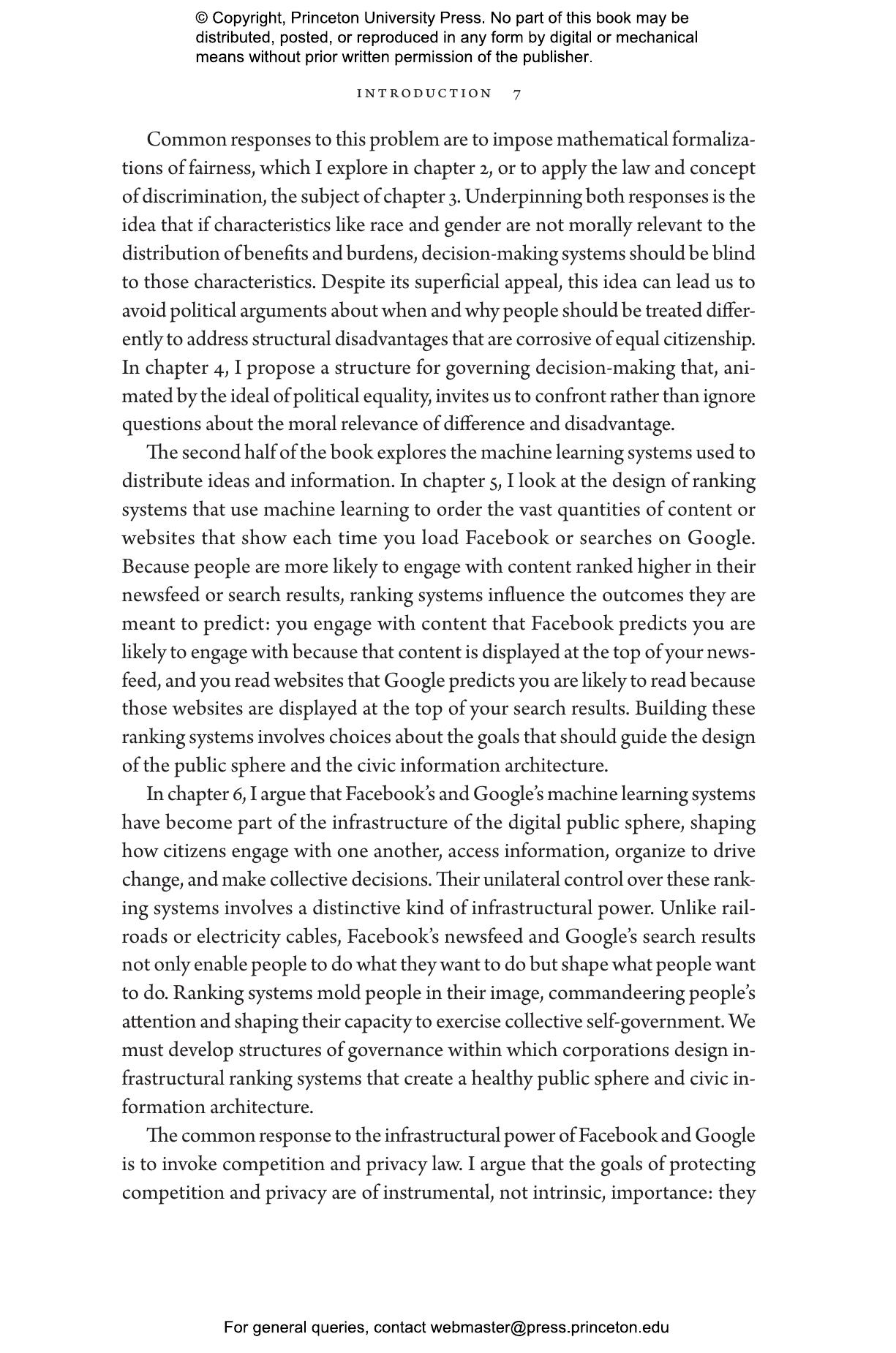 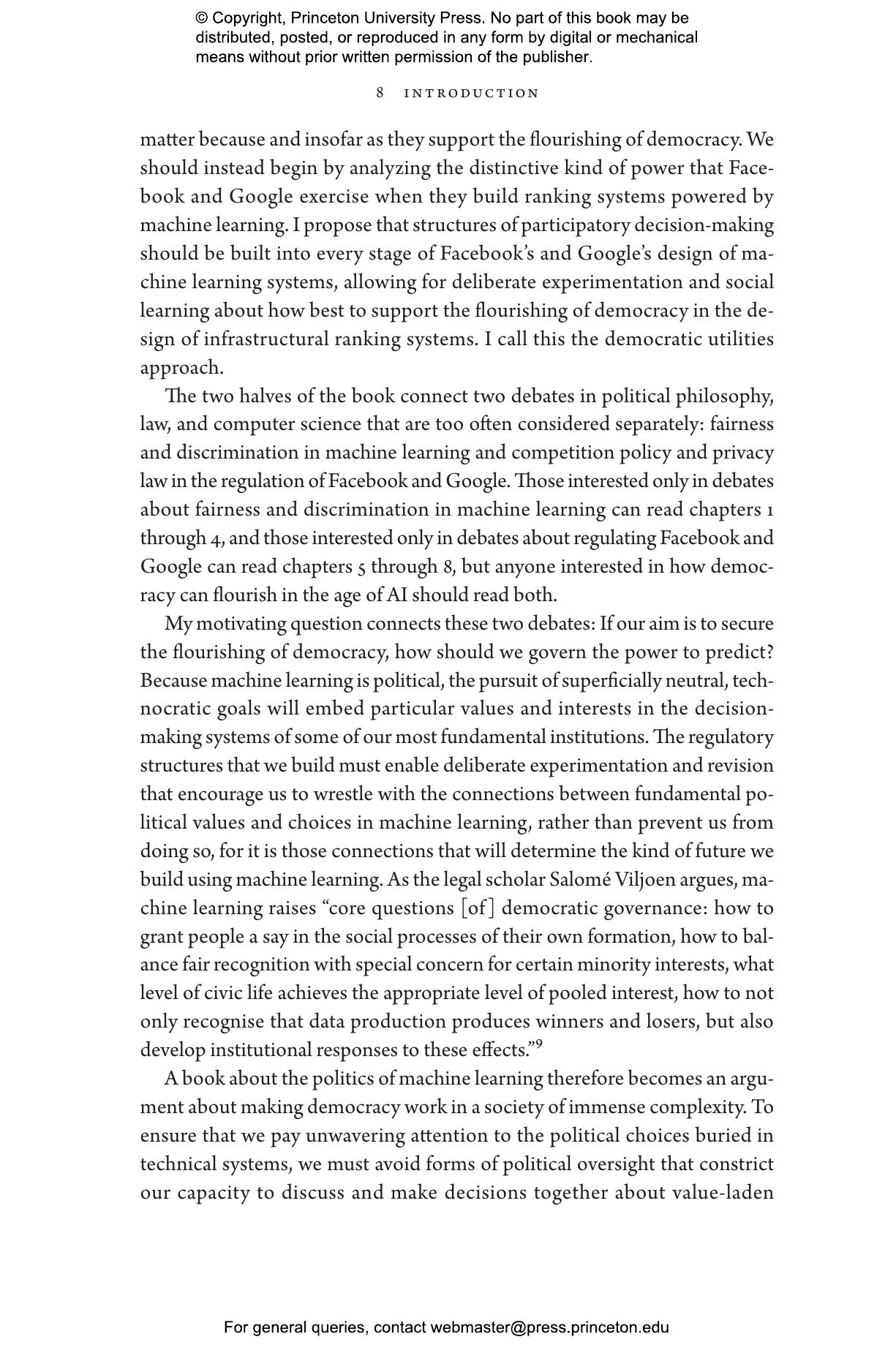 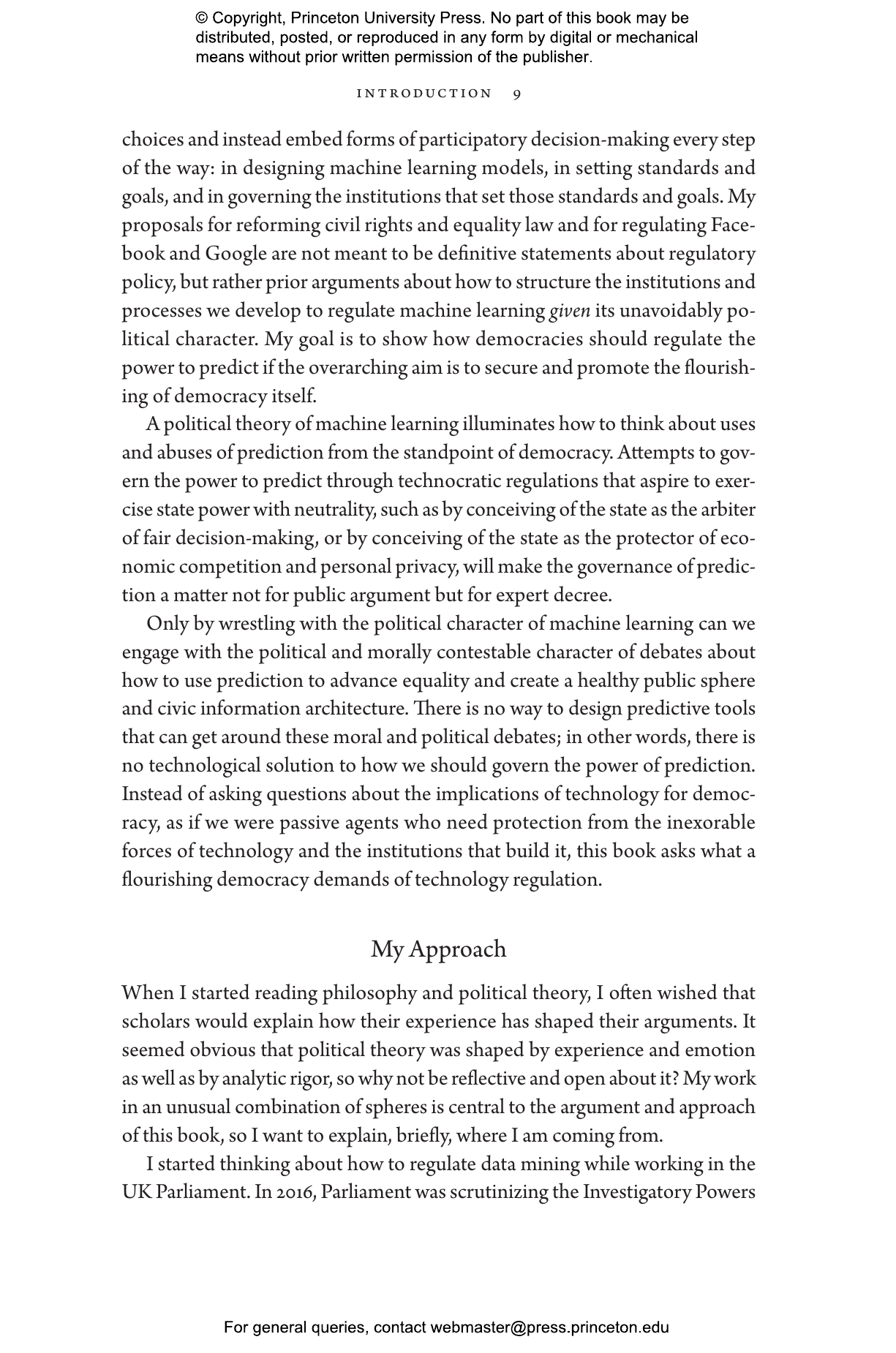 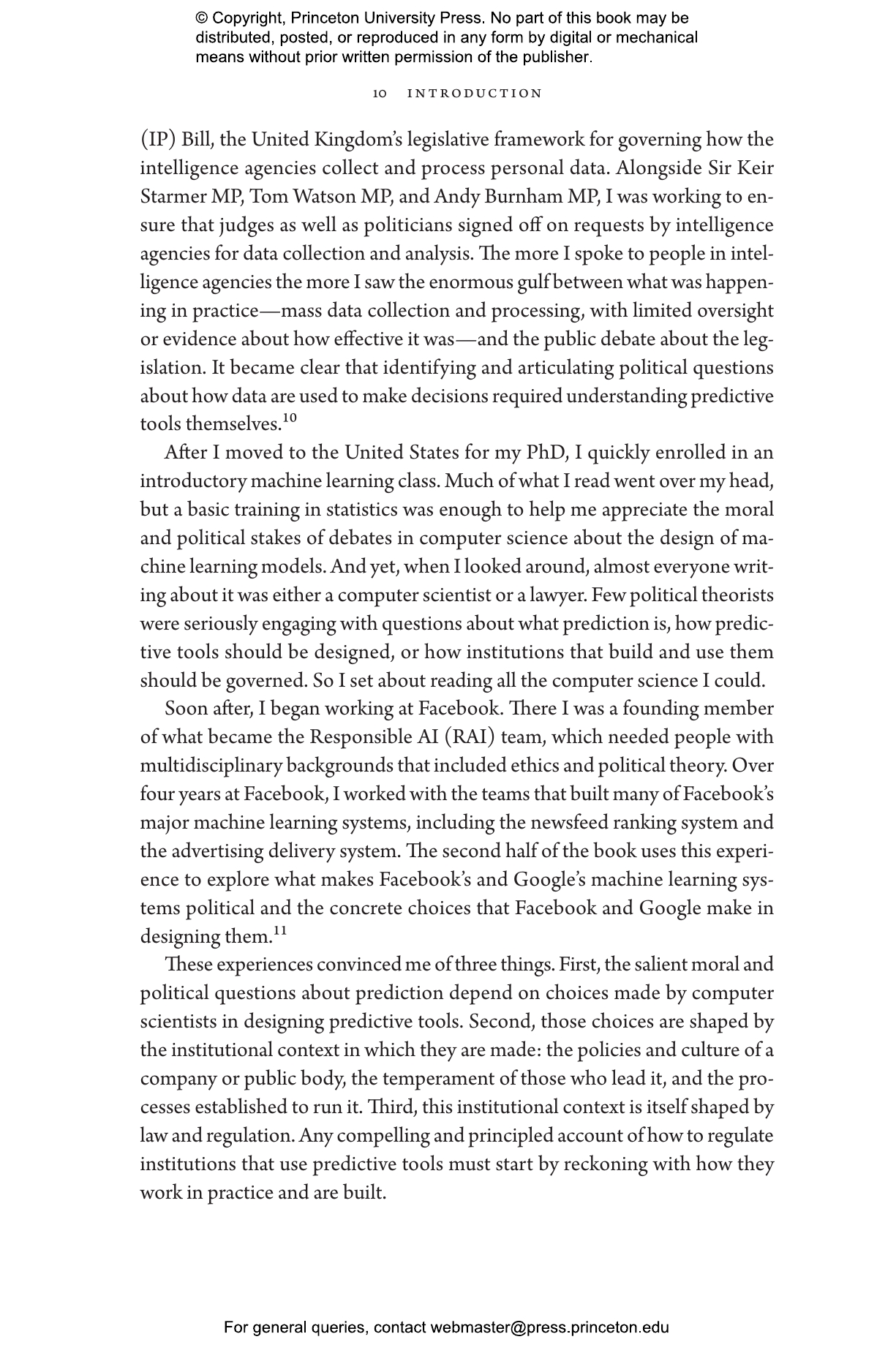 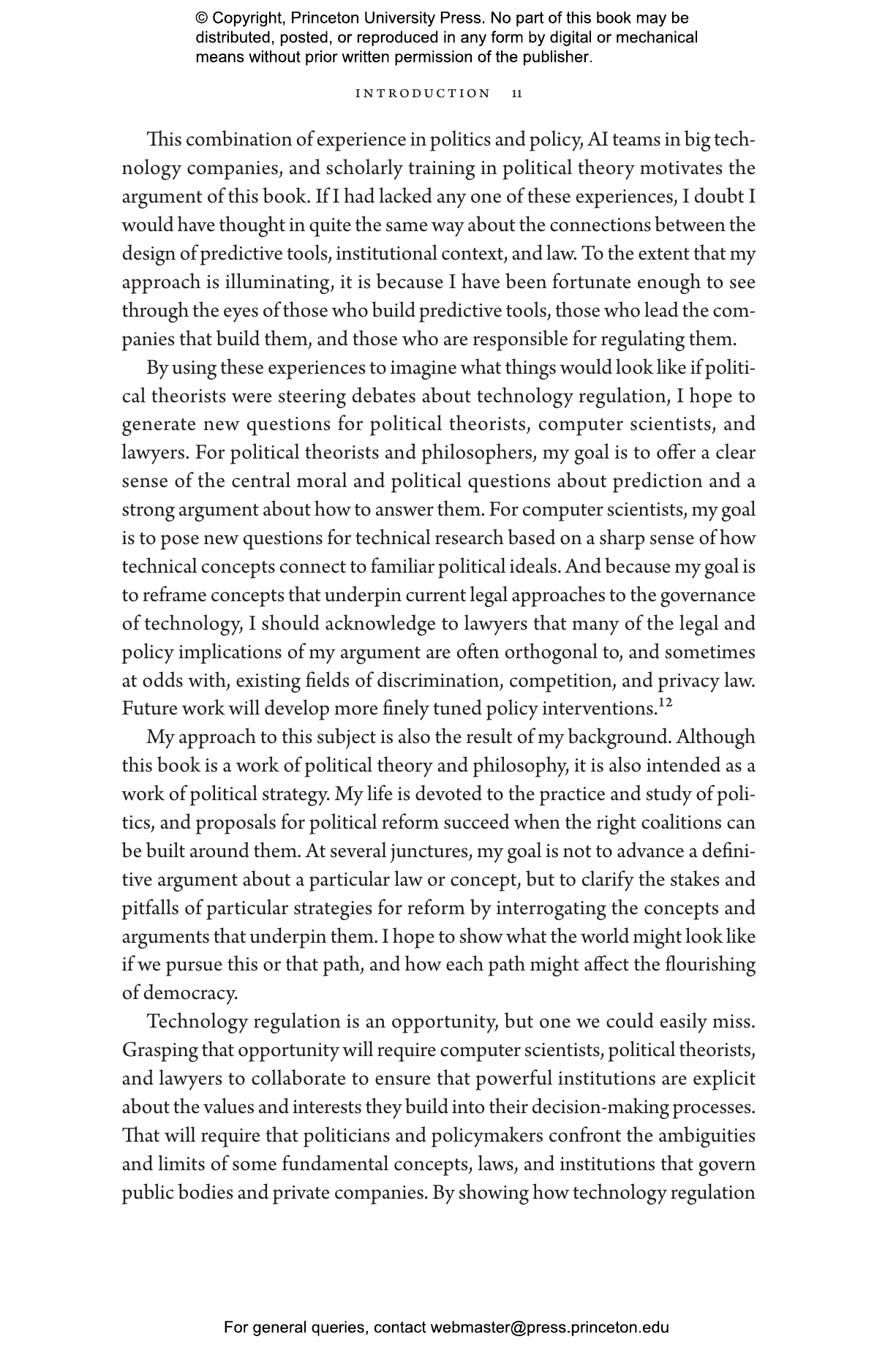 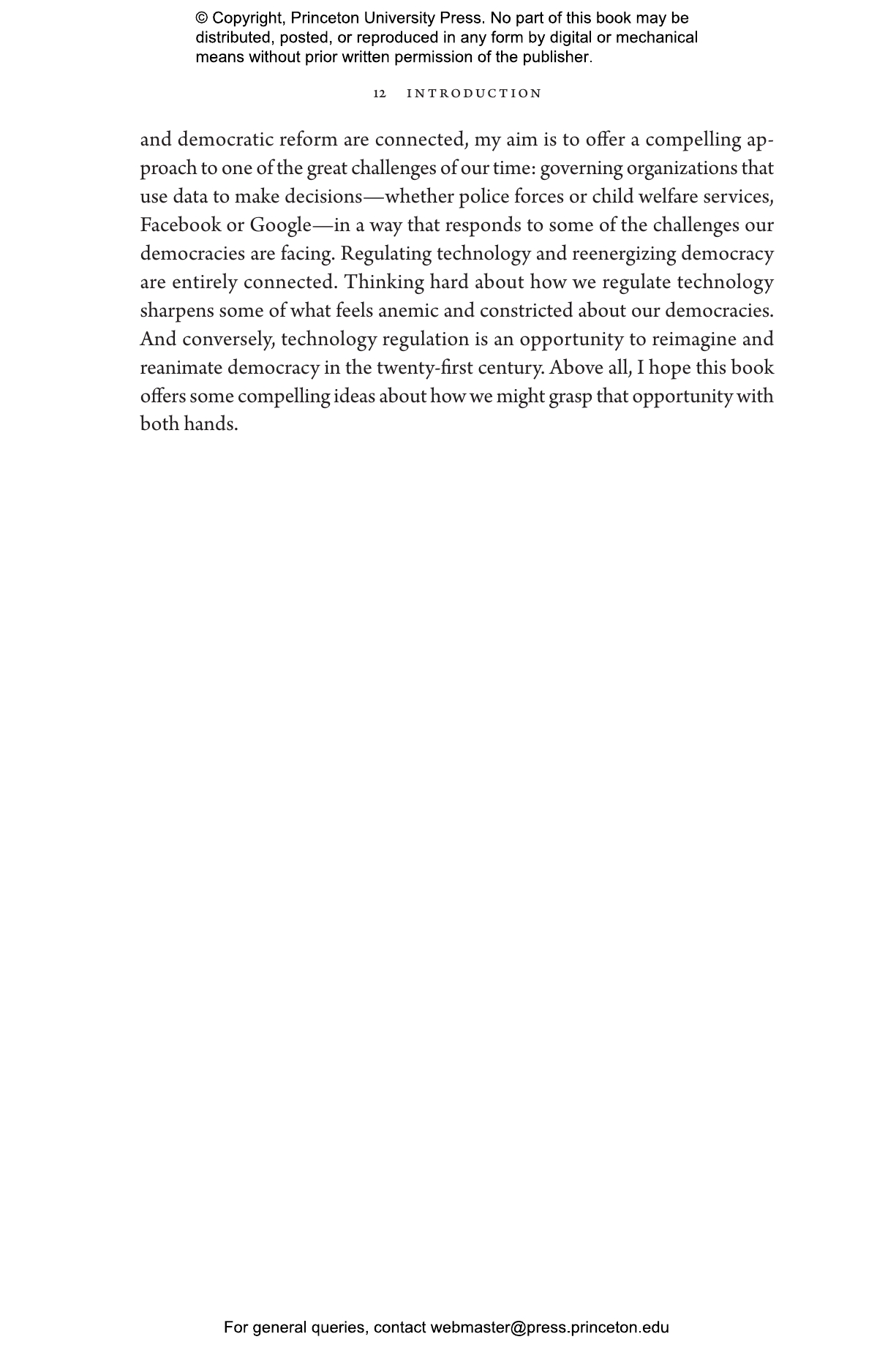 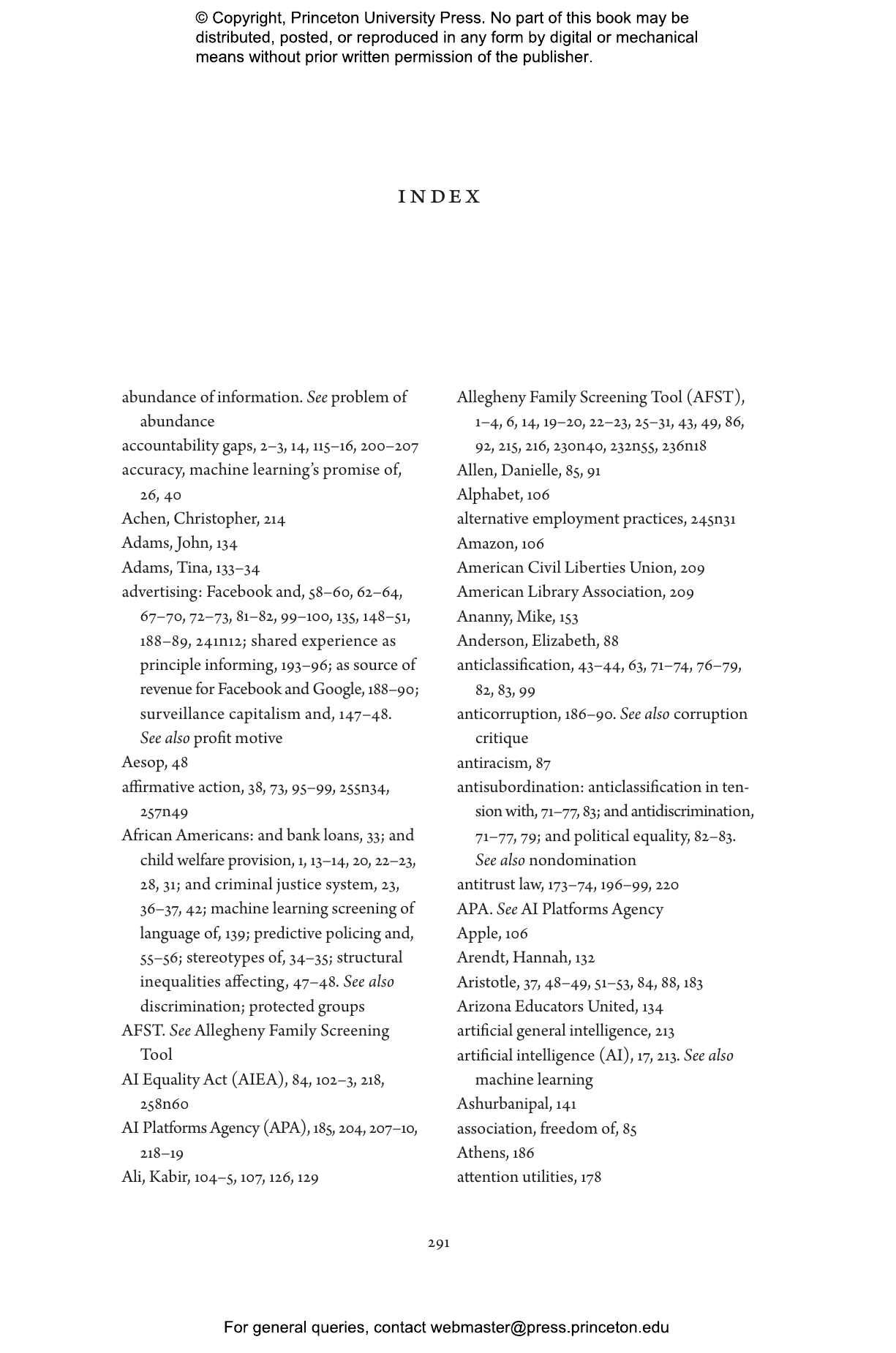 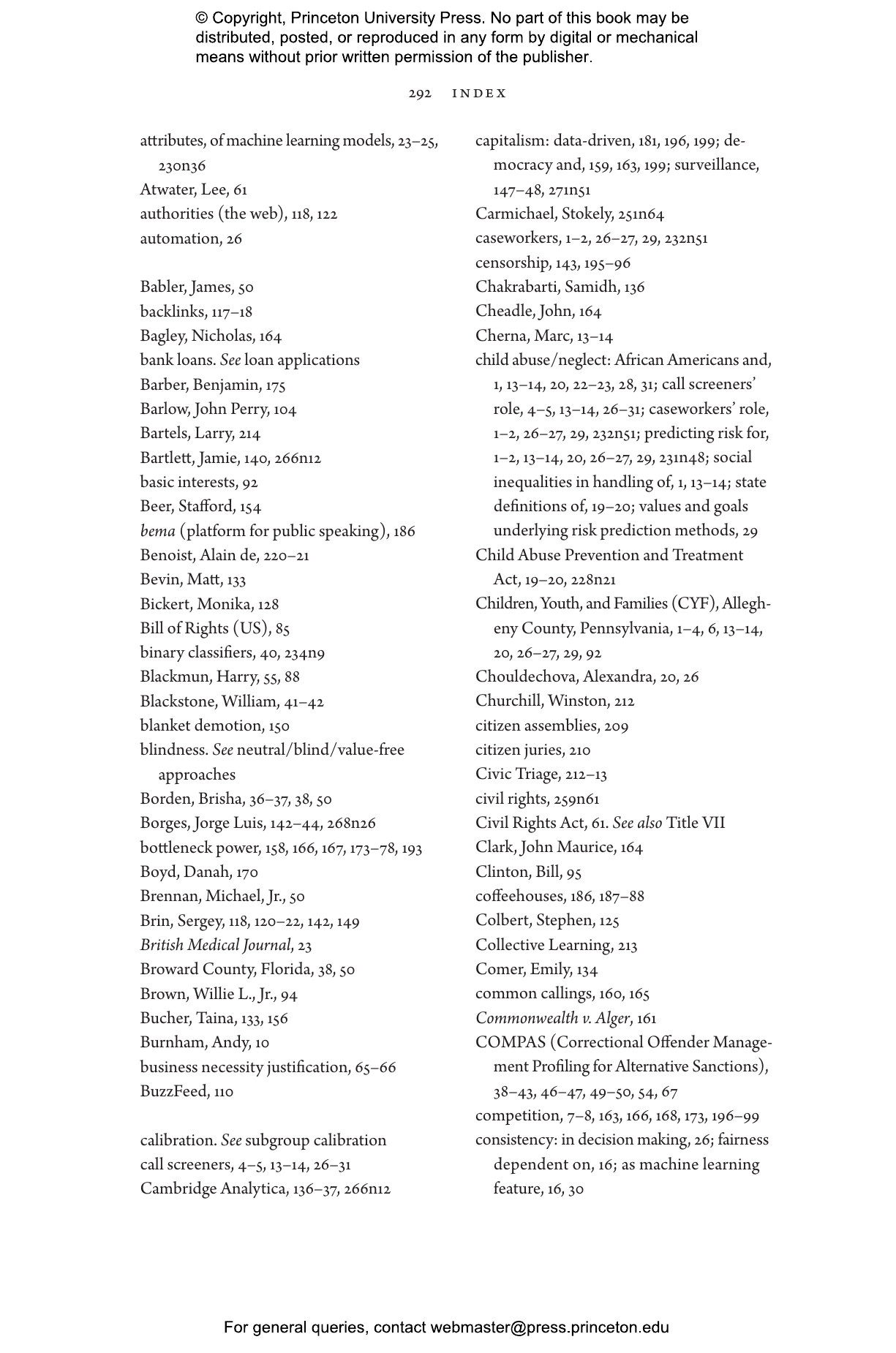 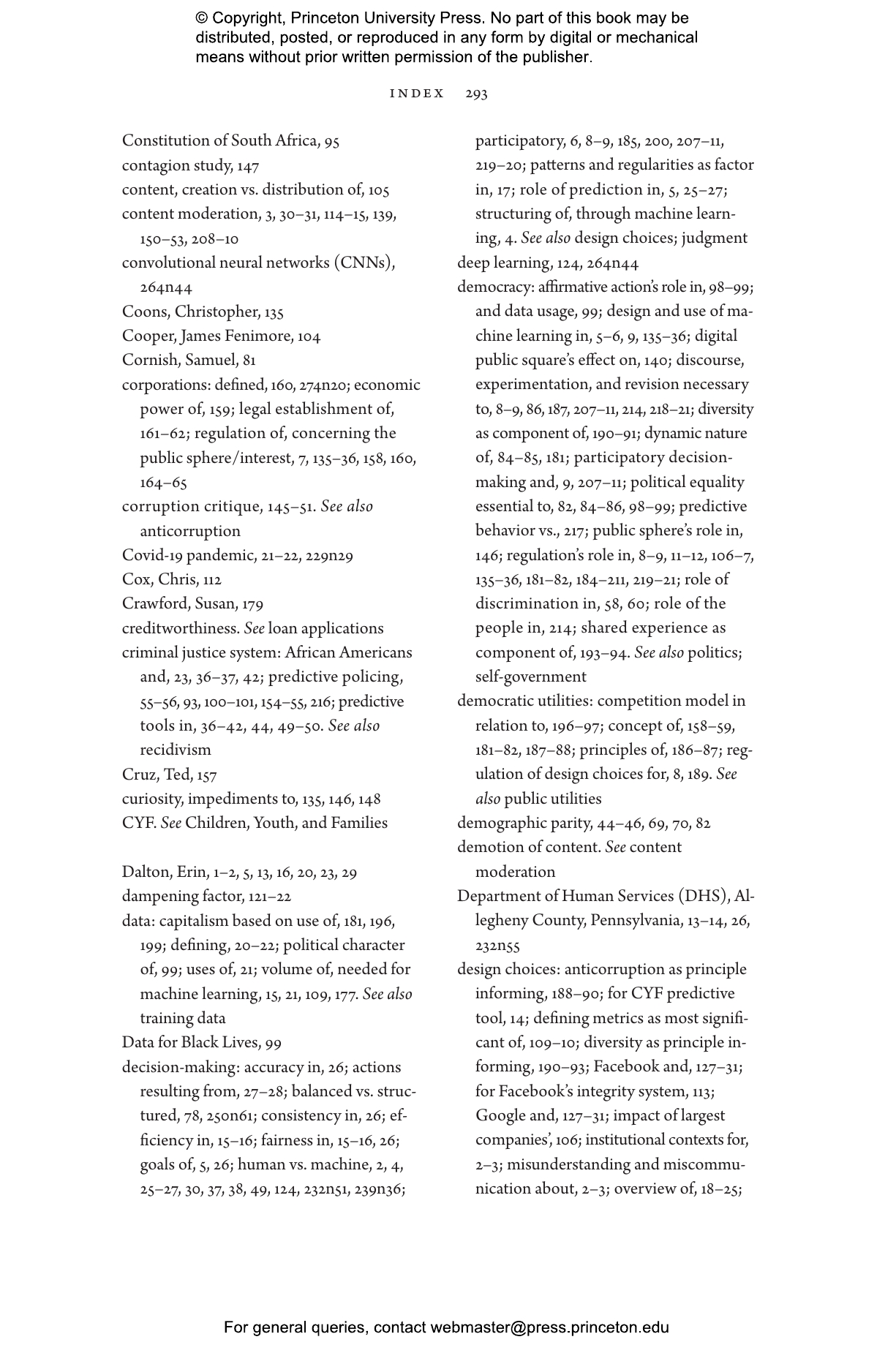 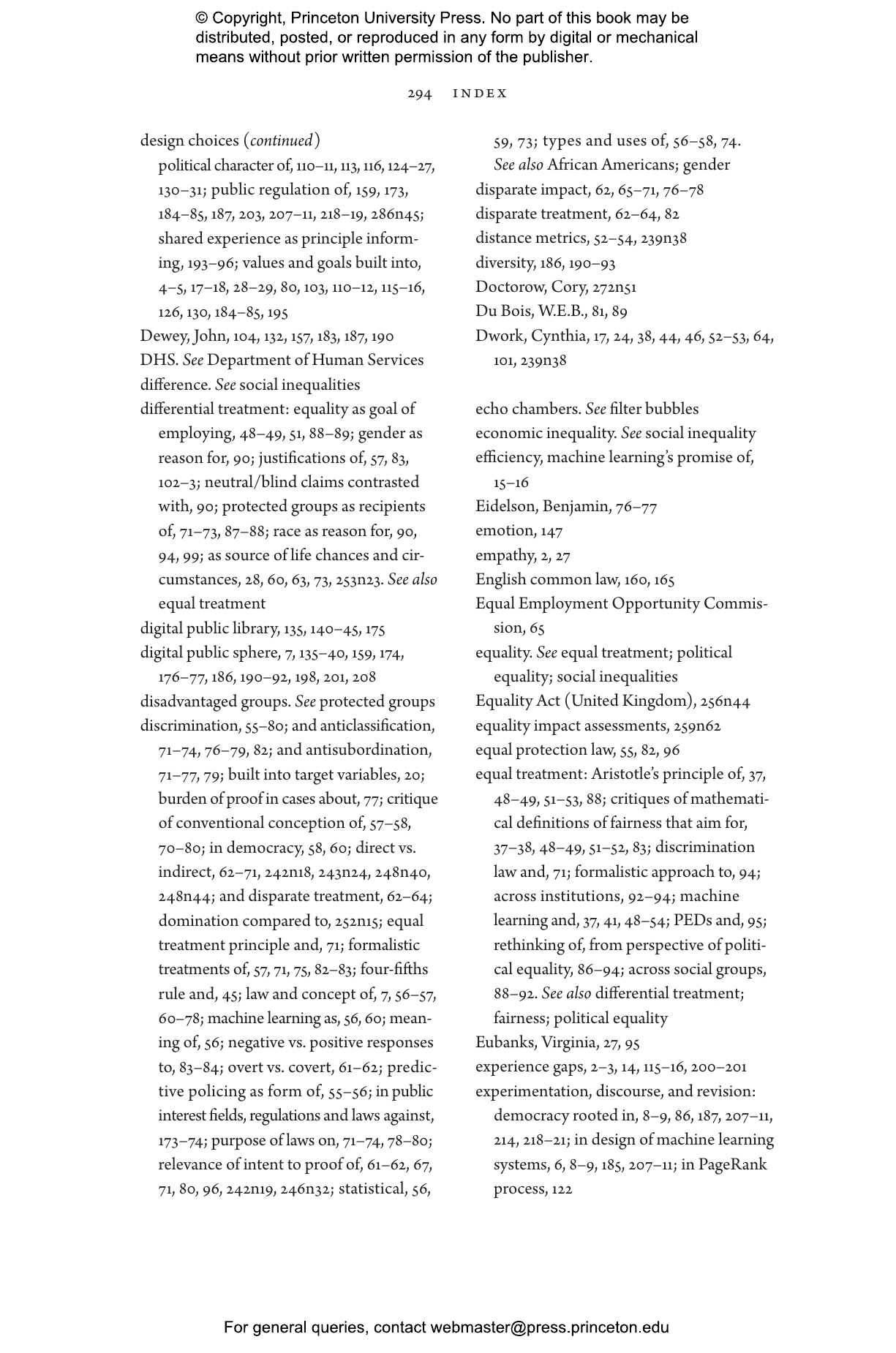 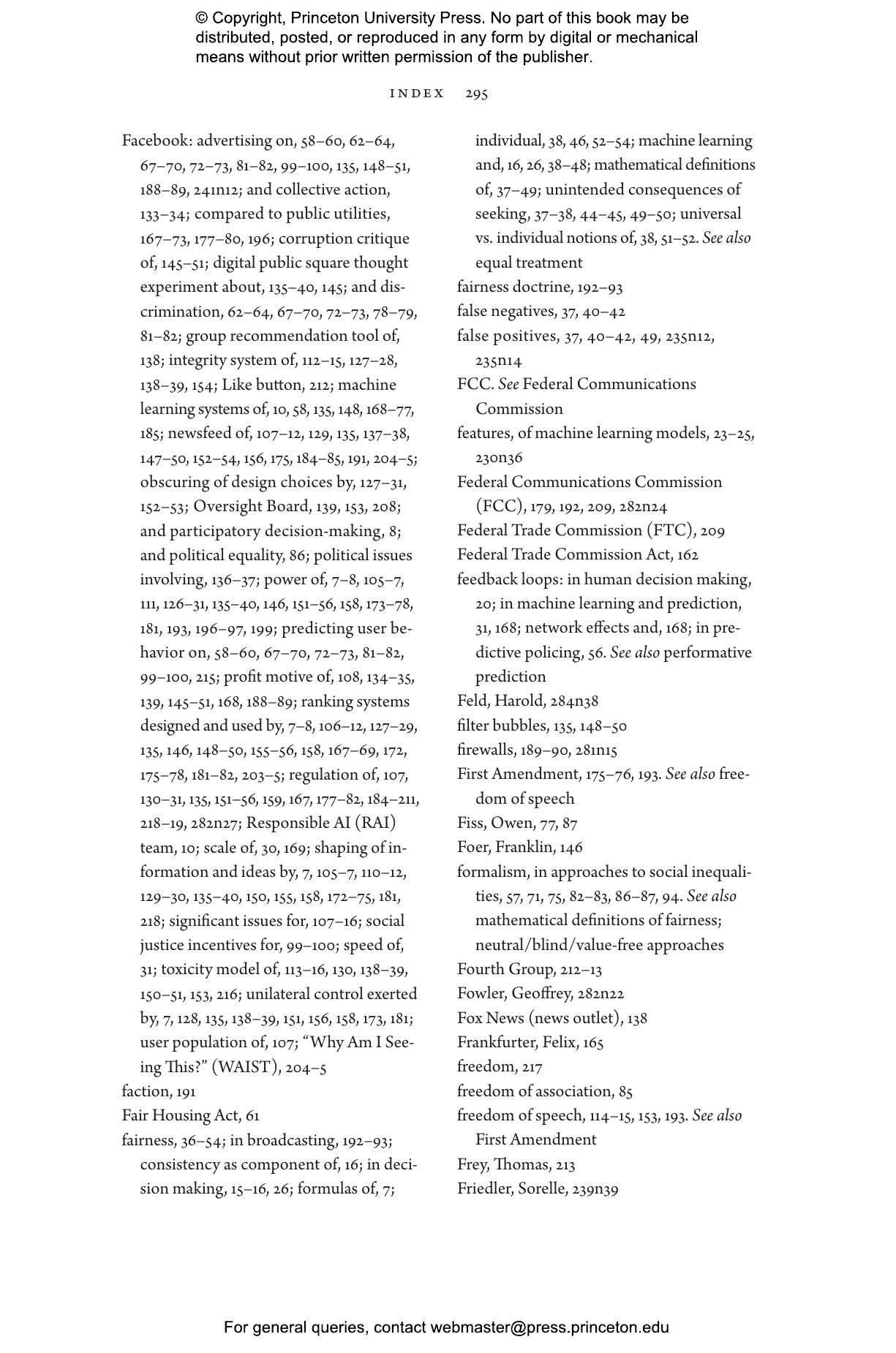 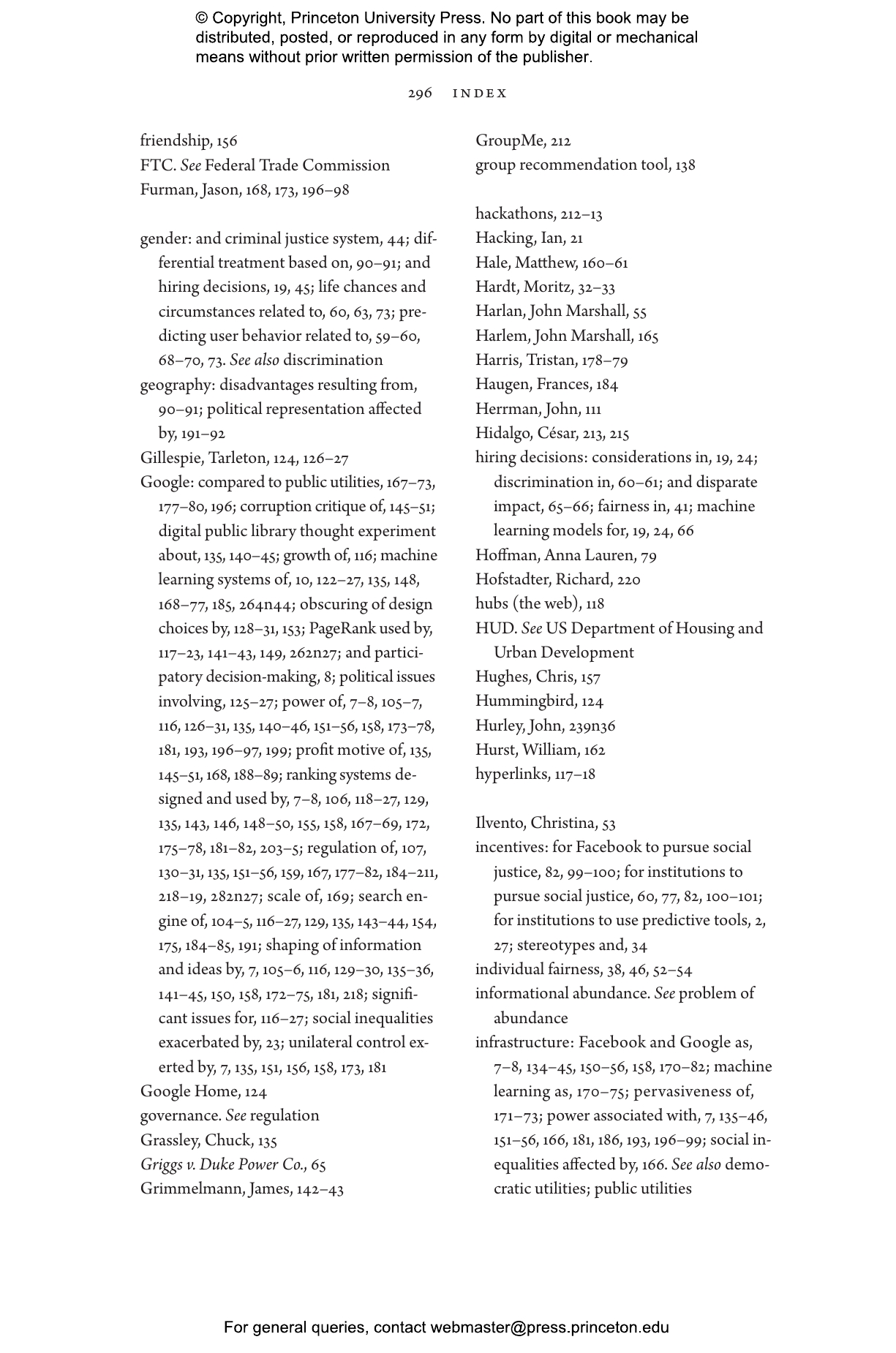 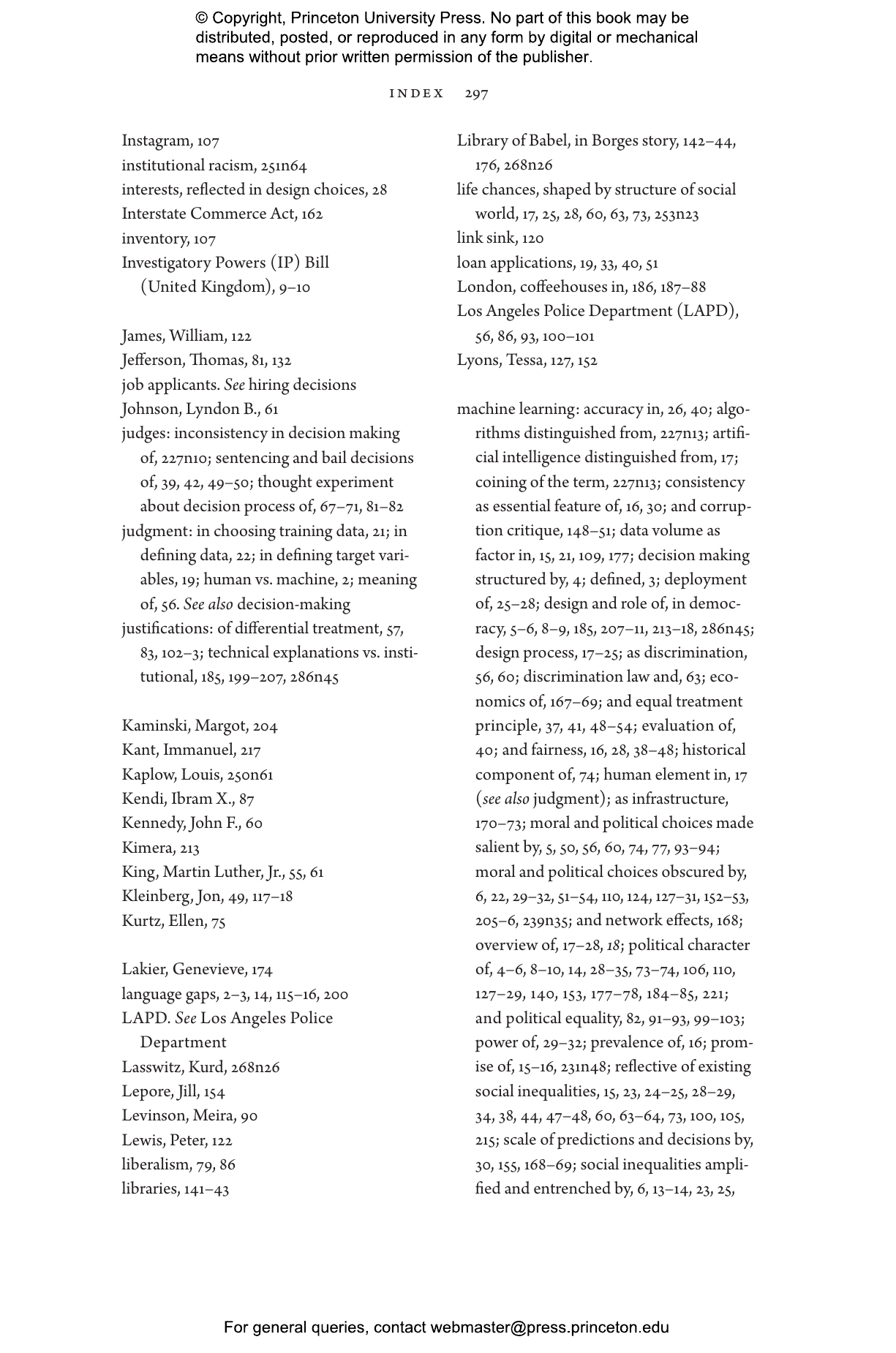 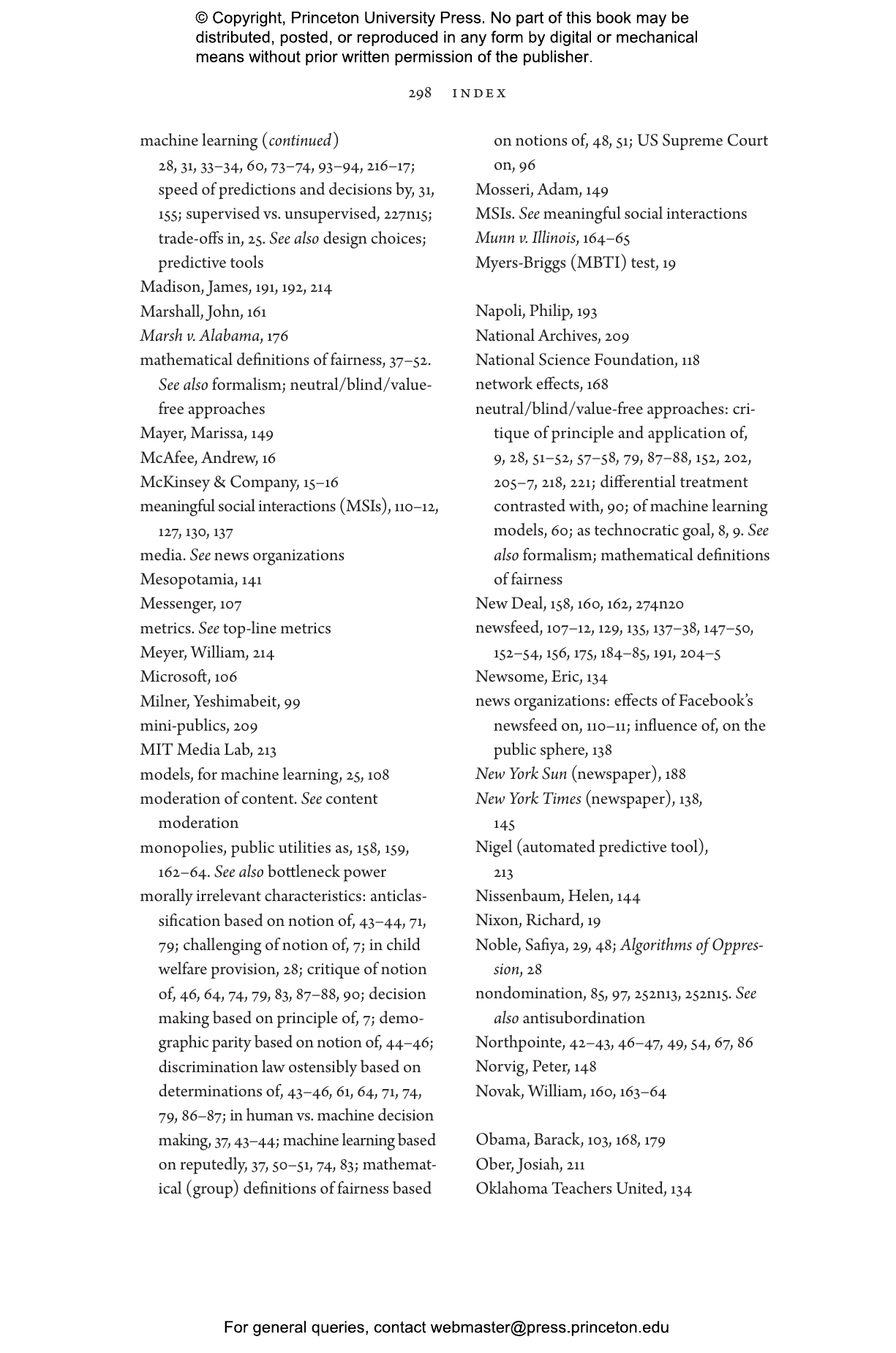 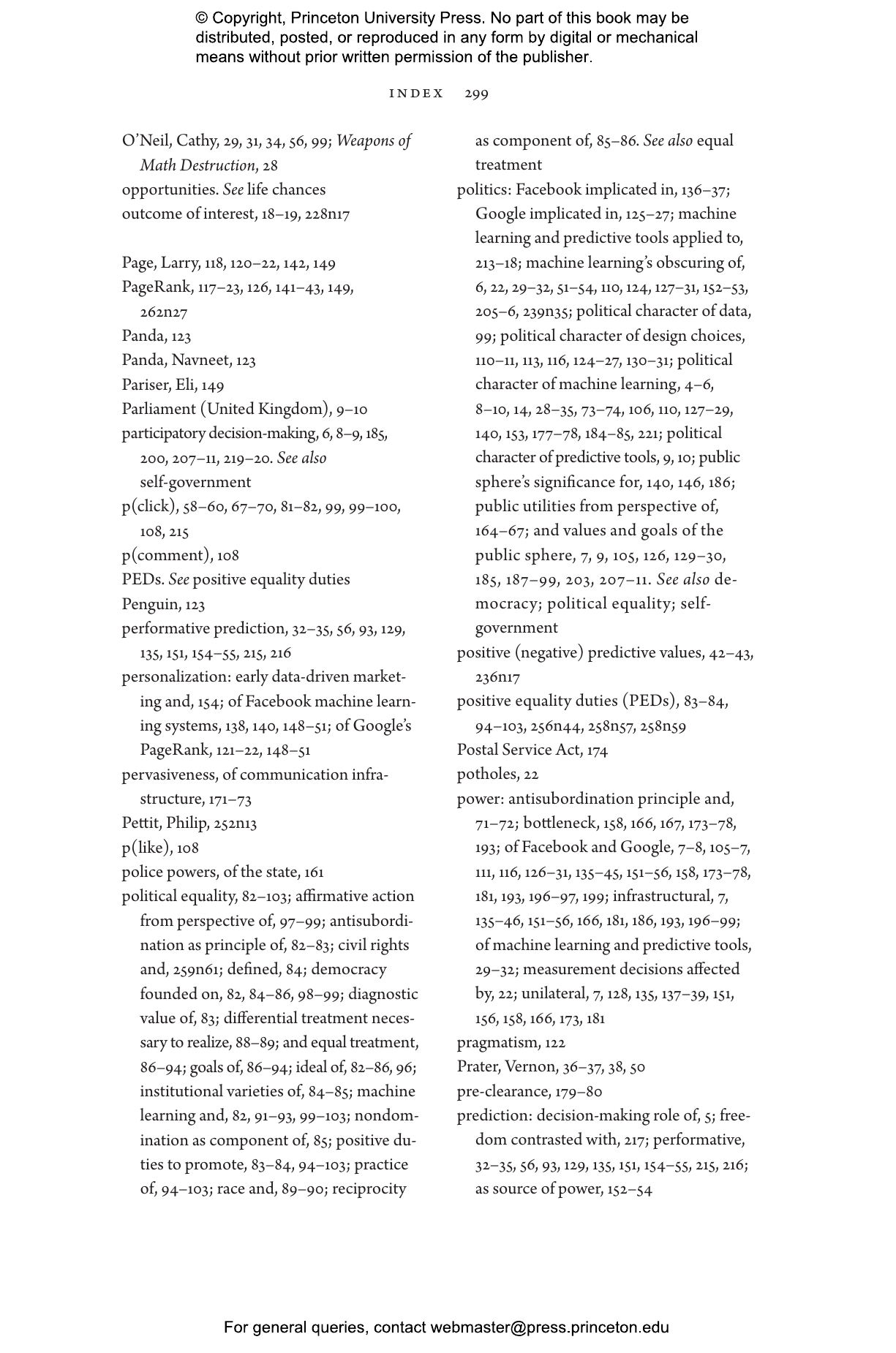 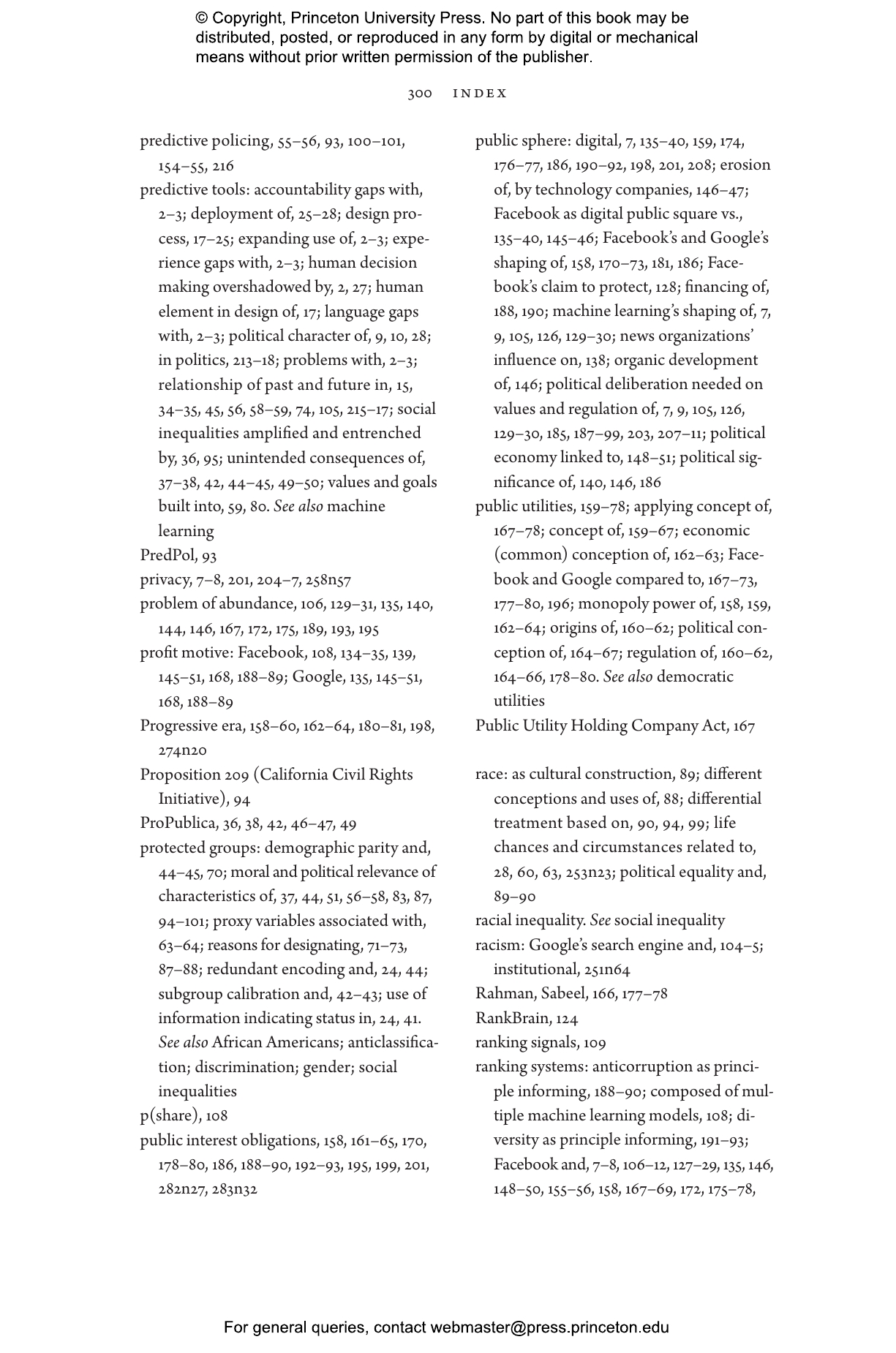 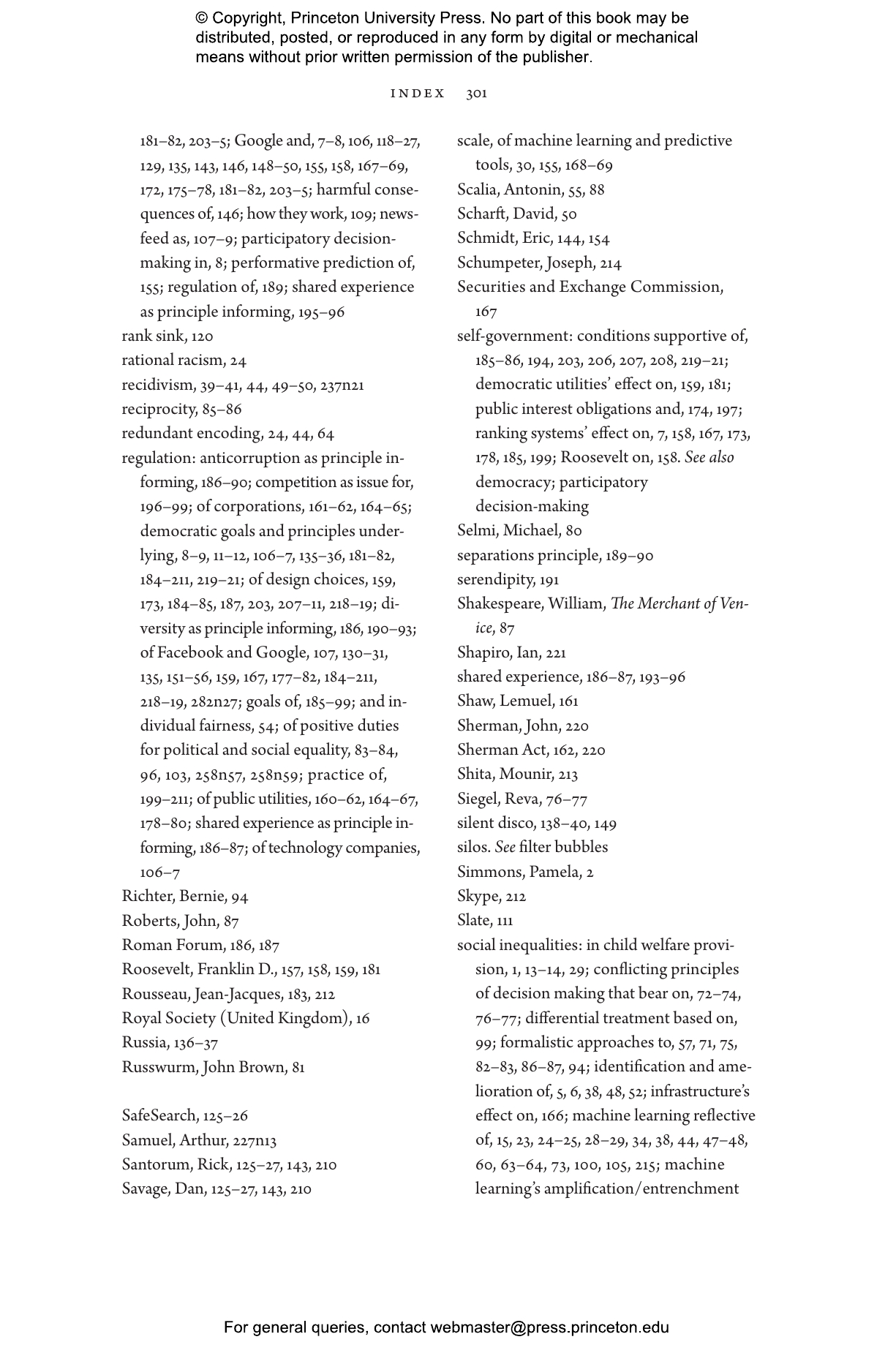 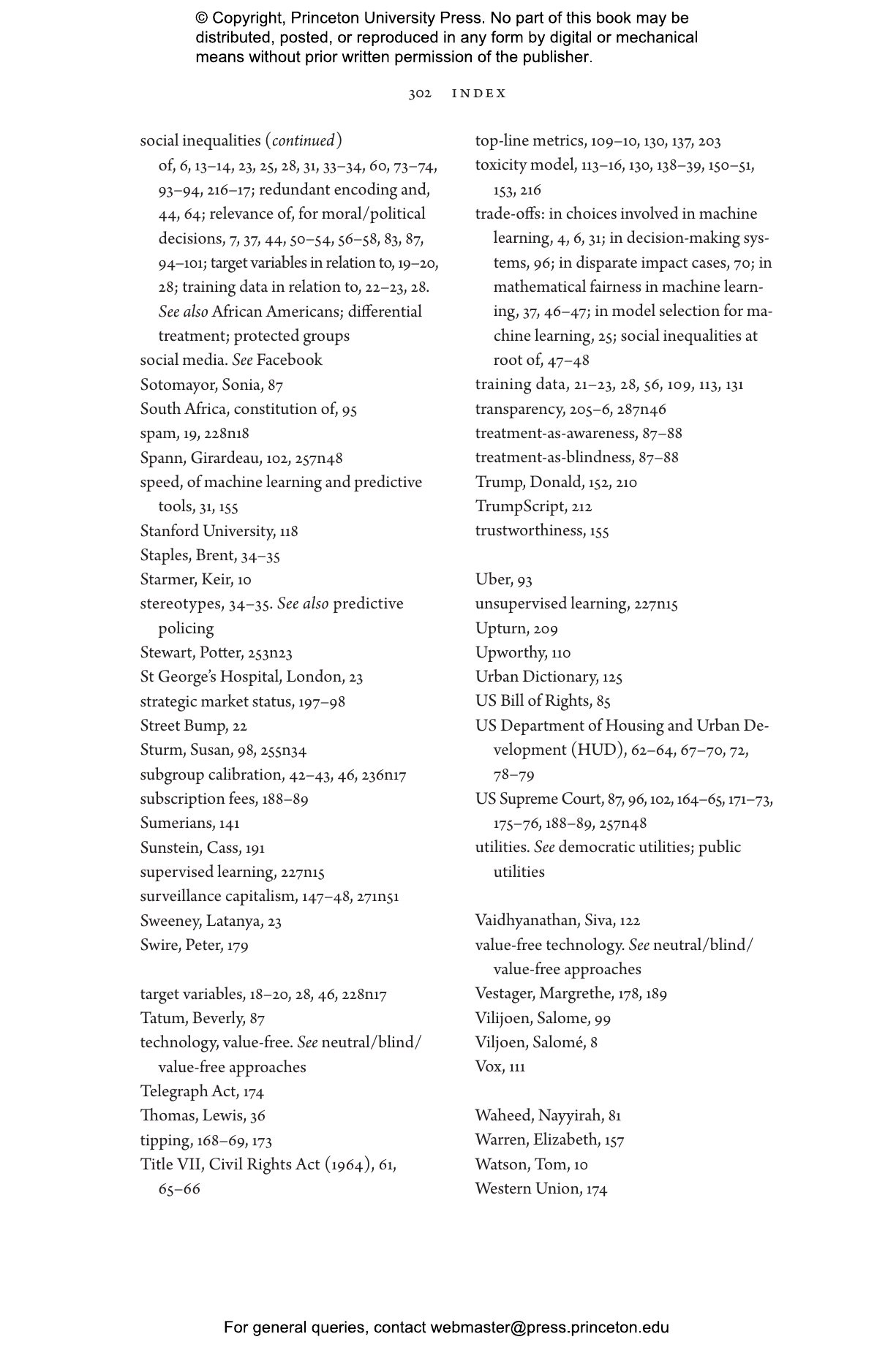 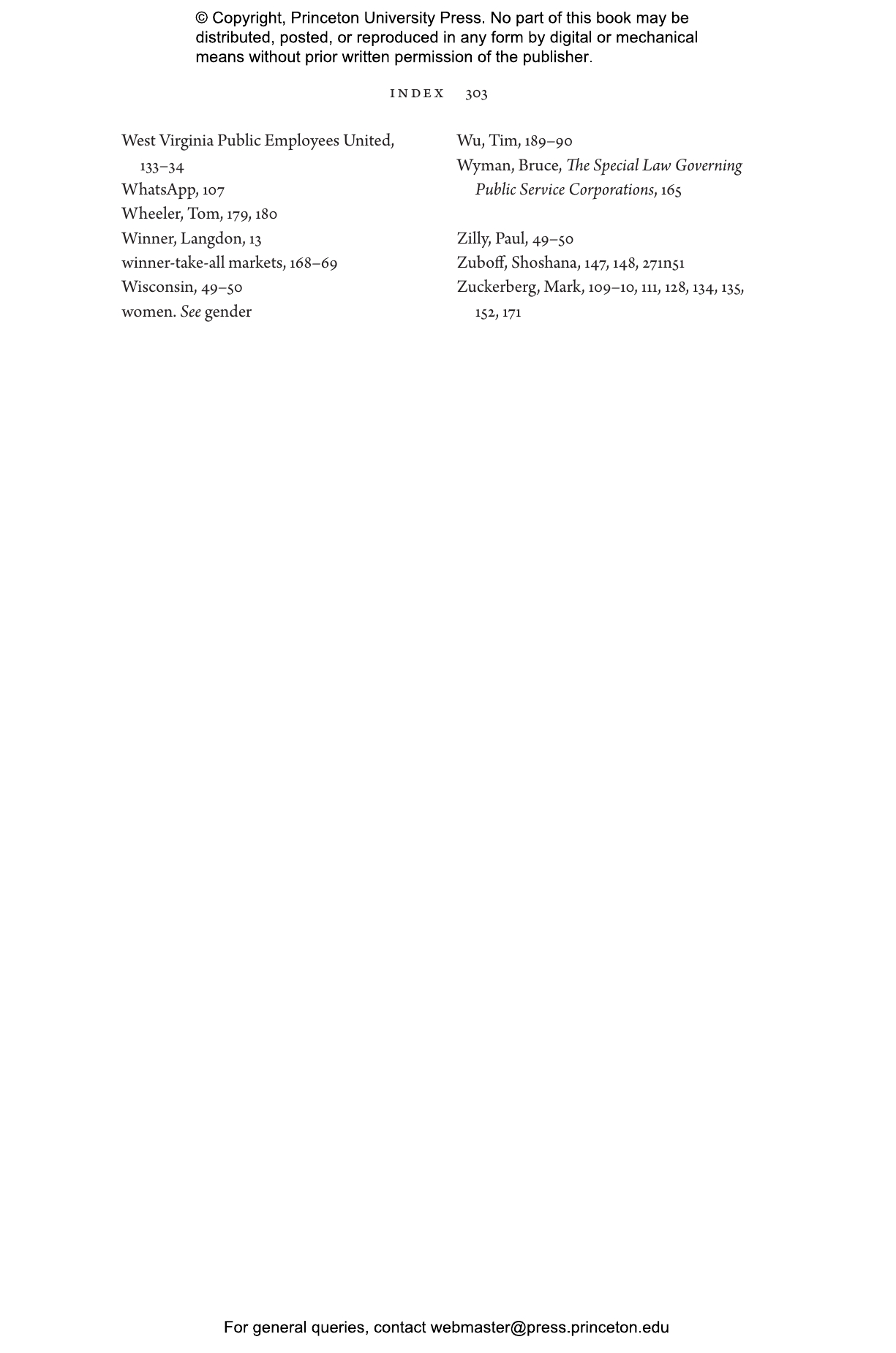 How to put democracy at the heart of AI governance 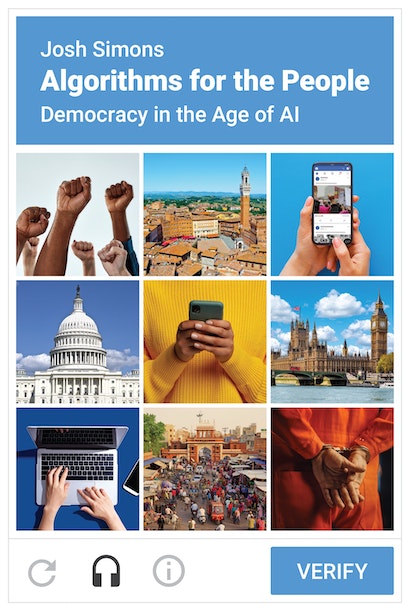 Artificial intelligence and machine learning are reshaping our world. Police forces use them to decide where to send police officers, judges to decide whom to release on bail, welfare agencies to decide which children are at risk of abuse, and Facebook and Google to rank content and distribute ads. In these spheres, and many others, powerful prediction tools are changing how decisions are made, narrowing opportunities for the exercise of judgment, empathy, and creativity. In Algorithms for the People, Josh Simons flips the narrative about how we govern these technologies. Instead of examining the impact of technology on democracy, he explores how to put democracy at the heart of AI governance.

Drawing on his experience as a research fellow at Harvard University, a visiting research scientist on Facebook’s Responsible AI team, and a policy advisor to the UK’s Labour Party, Simons gets under the hood of predictive technologies, offering an accessible account of how they work, why they matter, and how to regulate the institutions that build and use them.

He argues that prediction is political: human choices about how to design and use predictive tools shape their effects. Approaching predictive technologies through the lens of political theory casts new light on how democracies should govern political choices made outside the sphere of representative politics. Showing the connection between technology regulation and democratic reform, Simons argues that we must go beyond conventional theorizing of AI ethics to wrestle with fundamental moral and political questions about how the governance of technology can support the flourishing of democracy.

Josh Simons is a research fellow in political theory at Harvard University. He has worked as a visiting research scientist in artificial intelligence at Facebook and as a policy advisor for the Labour Party in the UK Parliament. 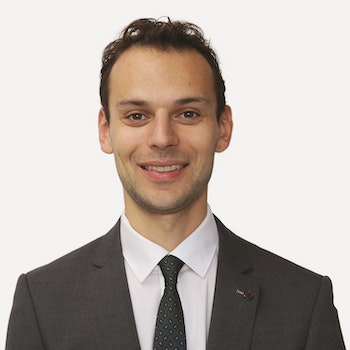 “A timely, thought-provoking, and distinct contribution to a fast-growing and crowded debate. It does an admirable job of bridging several disciplinary divides while maintaining a clear perspective.”—Reuben Binns, University of Oxford

“A sophisticated, politically, technologically, and economically informed manifesto for how to regulate big tech.”—John Zerilli, University of Oxford, author of A Citizen’s Guide to Artificial Intelligence

“If you have any concerns about the growing and pervasive impact of algorithms on society—and you should be concerned about how machine learning tools amplify and perpetuate unfairness, surveillance, and distrust—this is the book you need. Cogent and wise, bridging computer science, law and politics, it reveals human choices within machine learning used by public and private bureaucracies and dominant social media. And it identifies feasible approaches to reclaim accountability and public good.”—Martha Minow, Harvard University, author of When Should Law Forgive?

“Simons makes a provocative and persuasive case which shows that AI and machine learning are tools used to make decisions that shape our lives, whether by companies, courts or welfare agencies. It is not enough for these systems to be ‘efficient’ or ‘effective’—they must also reflect social values. By identifying approaches and tradeoffs that are rarely seen and often misunderstood, Algorithms for the People should become essential reading for technologists, corporate executives, ethicists and policymakers.”—Elliot Schrage, former VP, Global Communications and Public Affairs, Google

“This lucid and broadly informed book revives the philosophy of John Dewey that was central to inspiring the original internet to tackle the regulation of machine learning and monopolistic platforms that harness it to capture the digital public square the internet created. As Dewey saw and as this book urgently demonstrates, democracy must advance with technology to survive.” —Glen Weyl, Microsoft Research, coauthor of Radical Markets: Uprooting Capitalism and Democracy for a Just Society