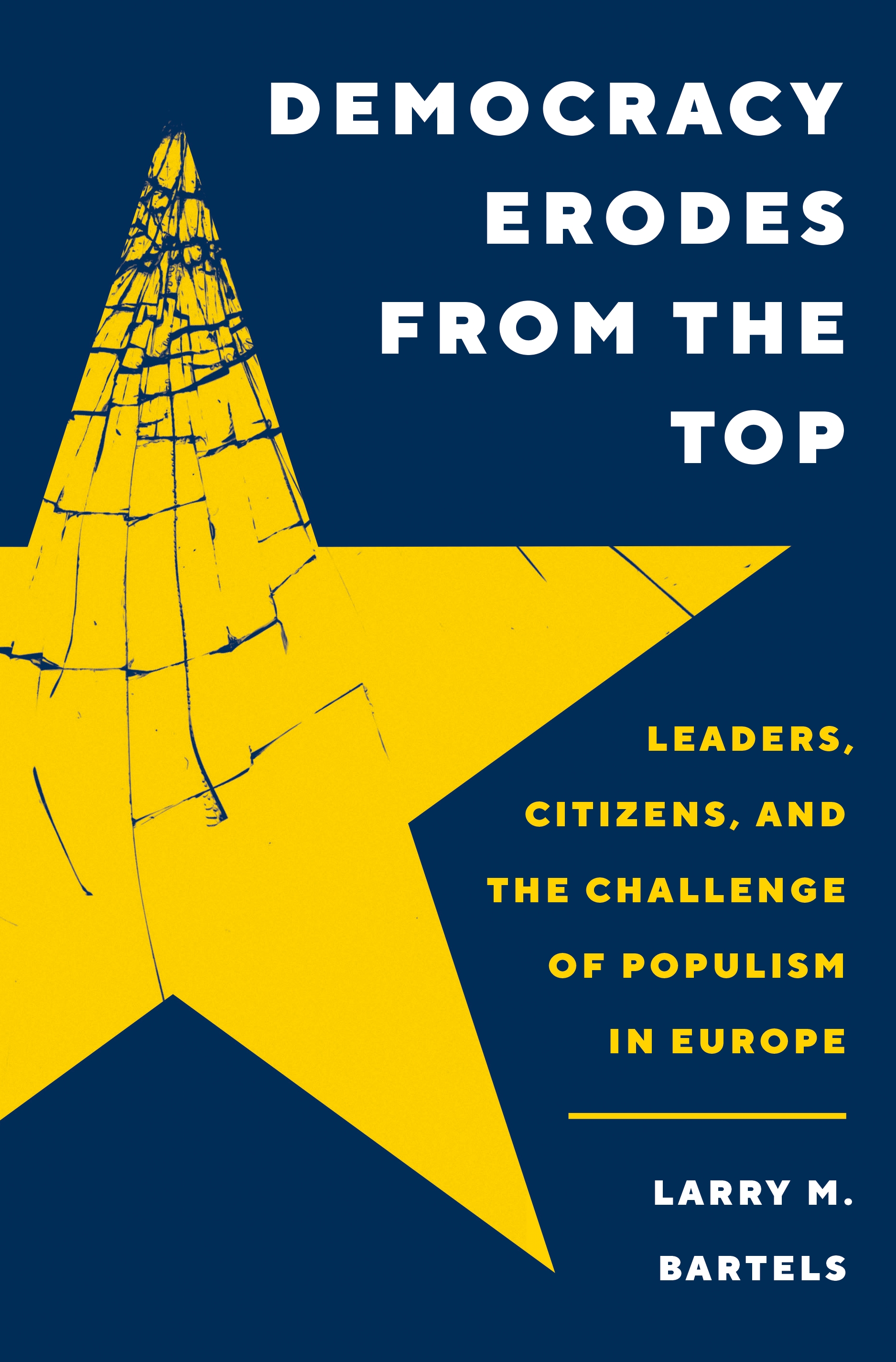 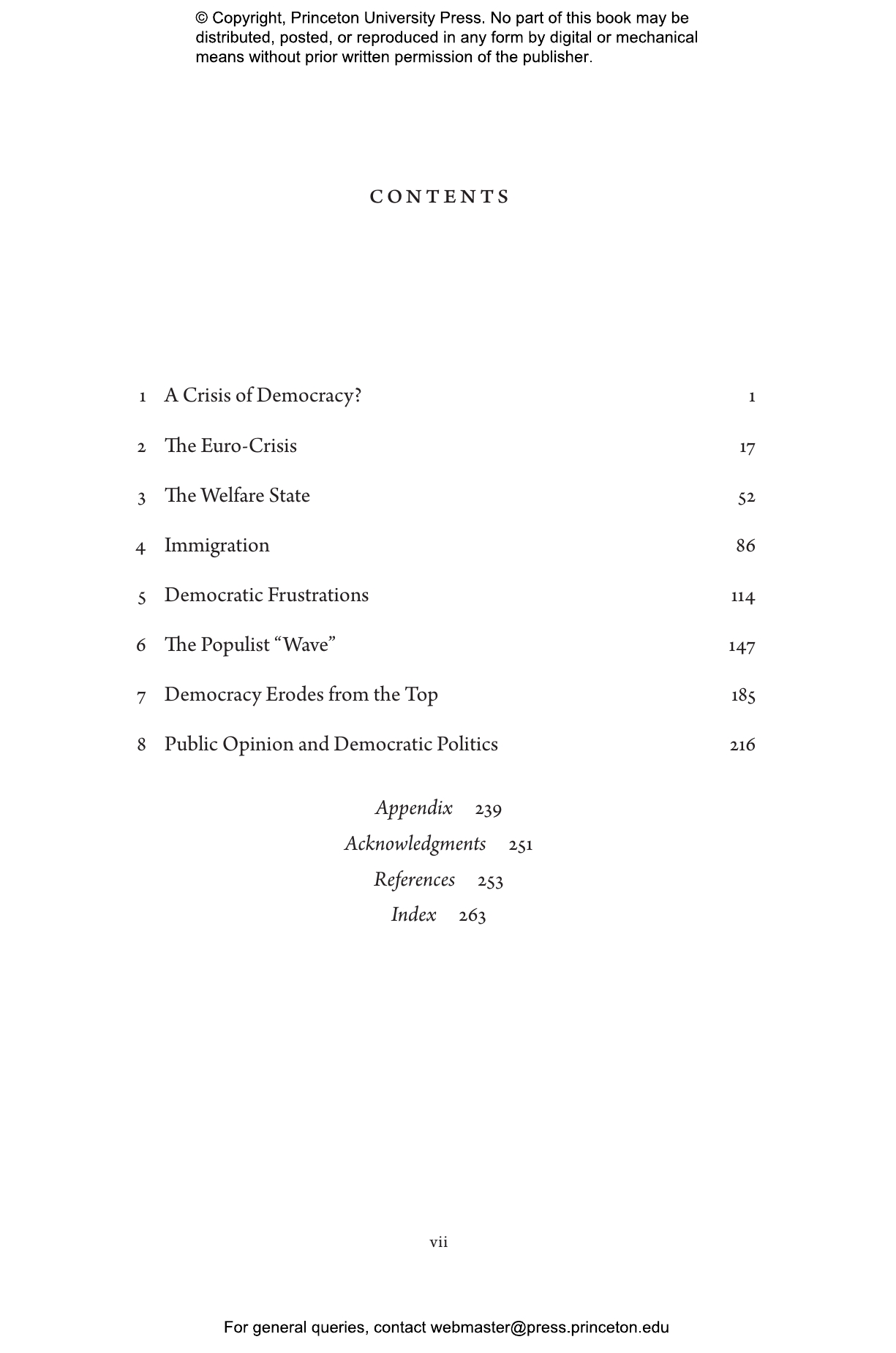 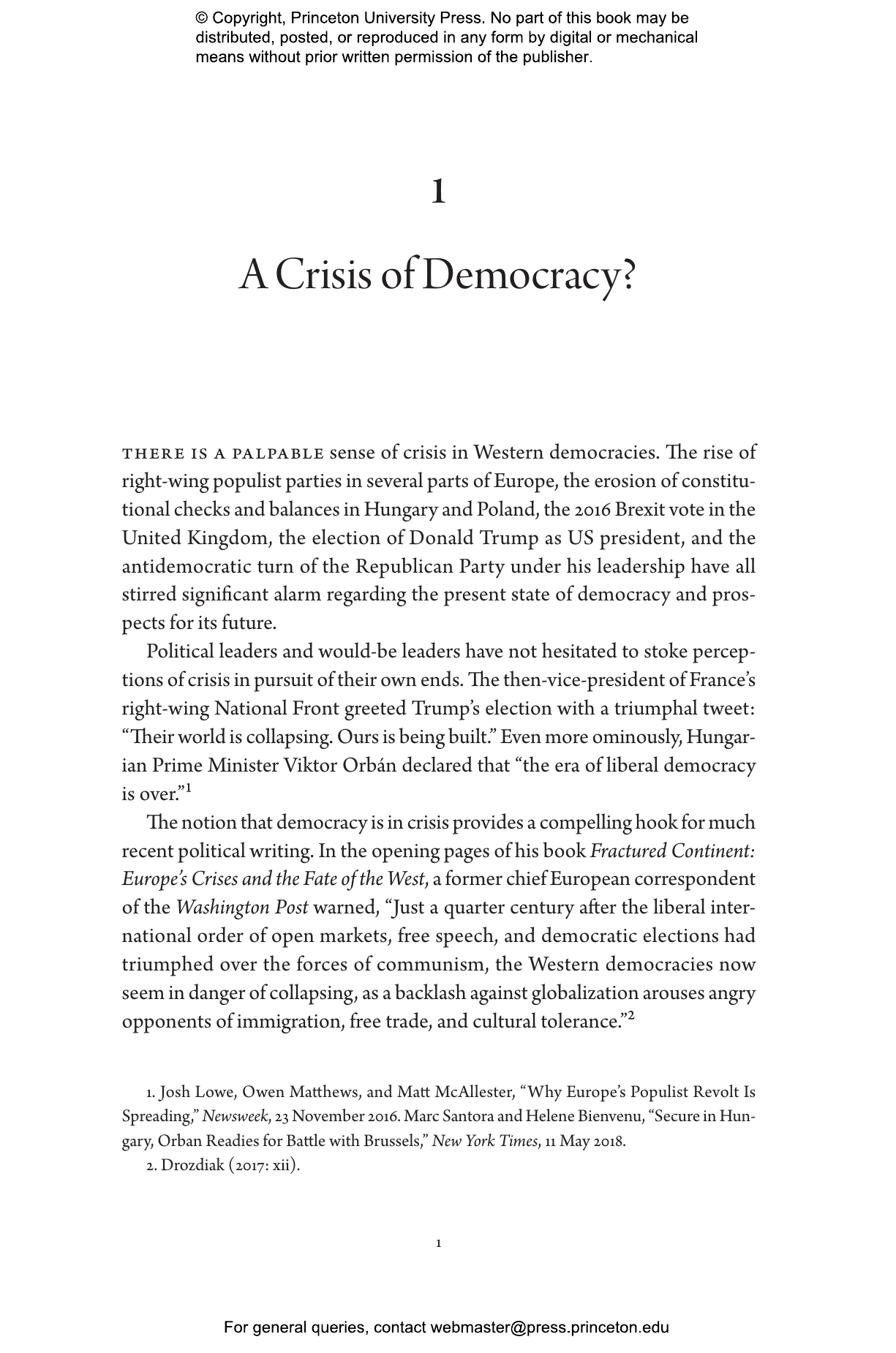 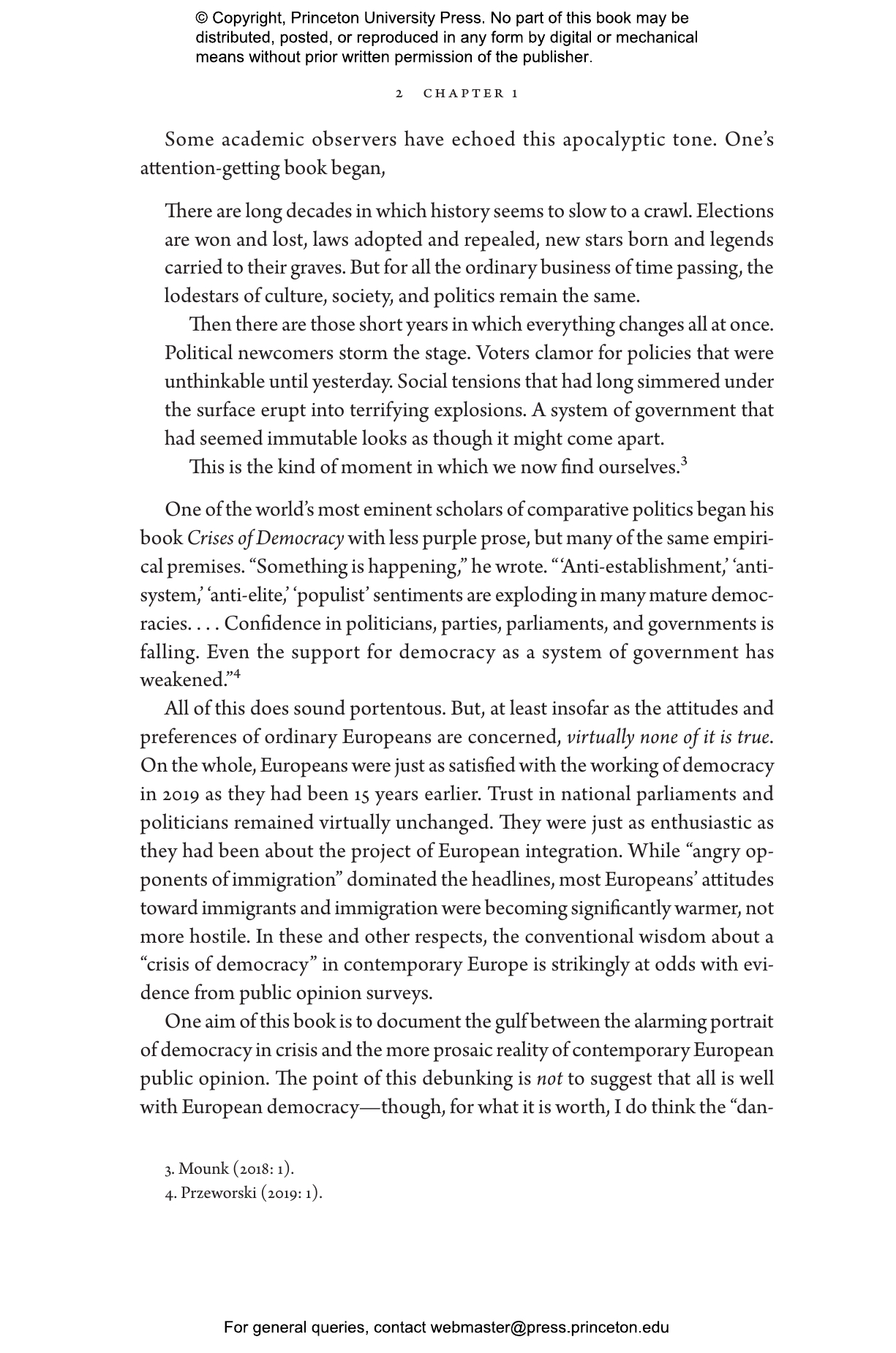 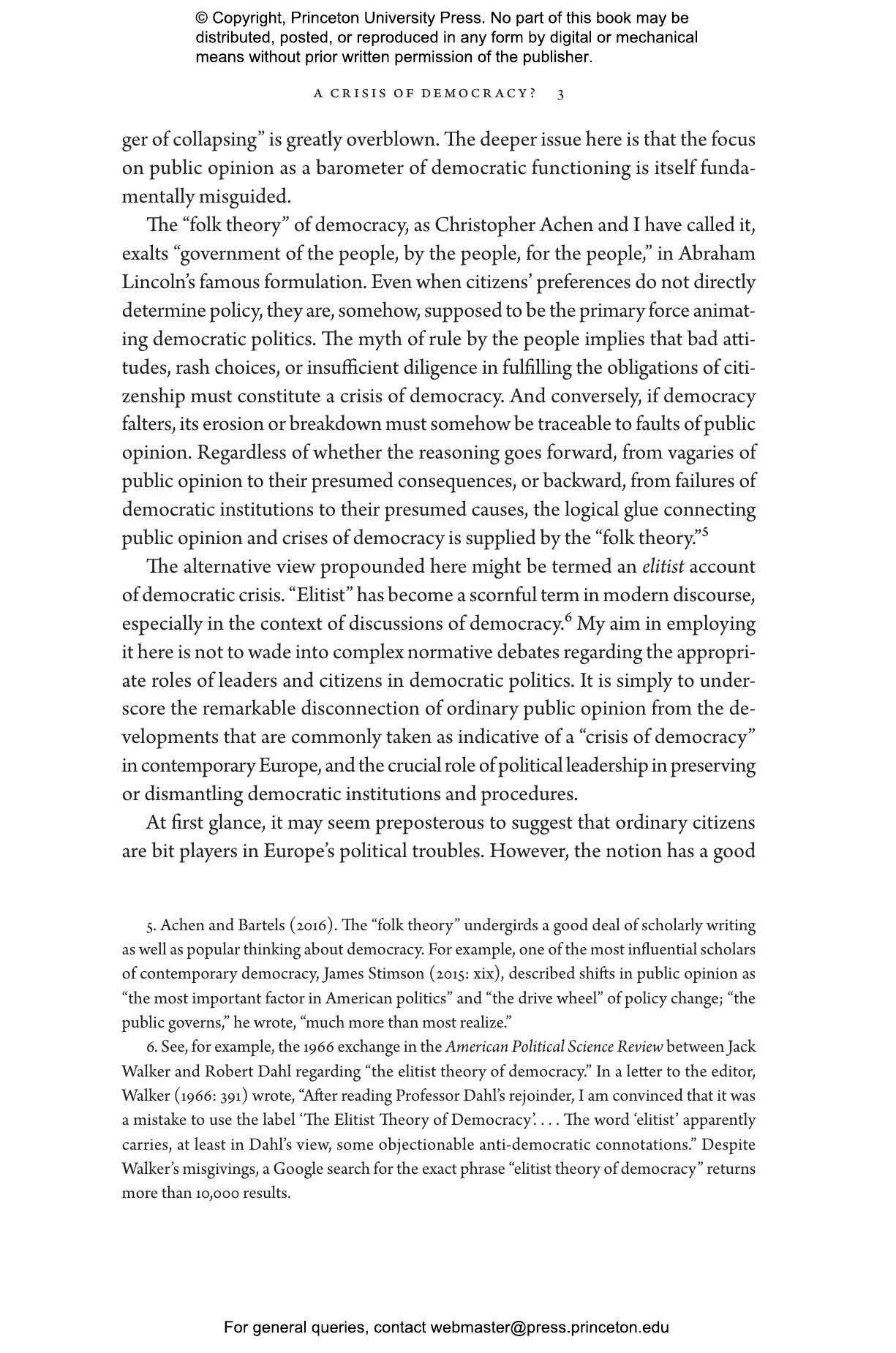 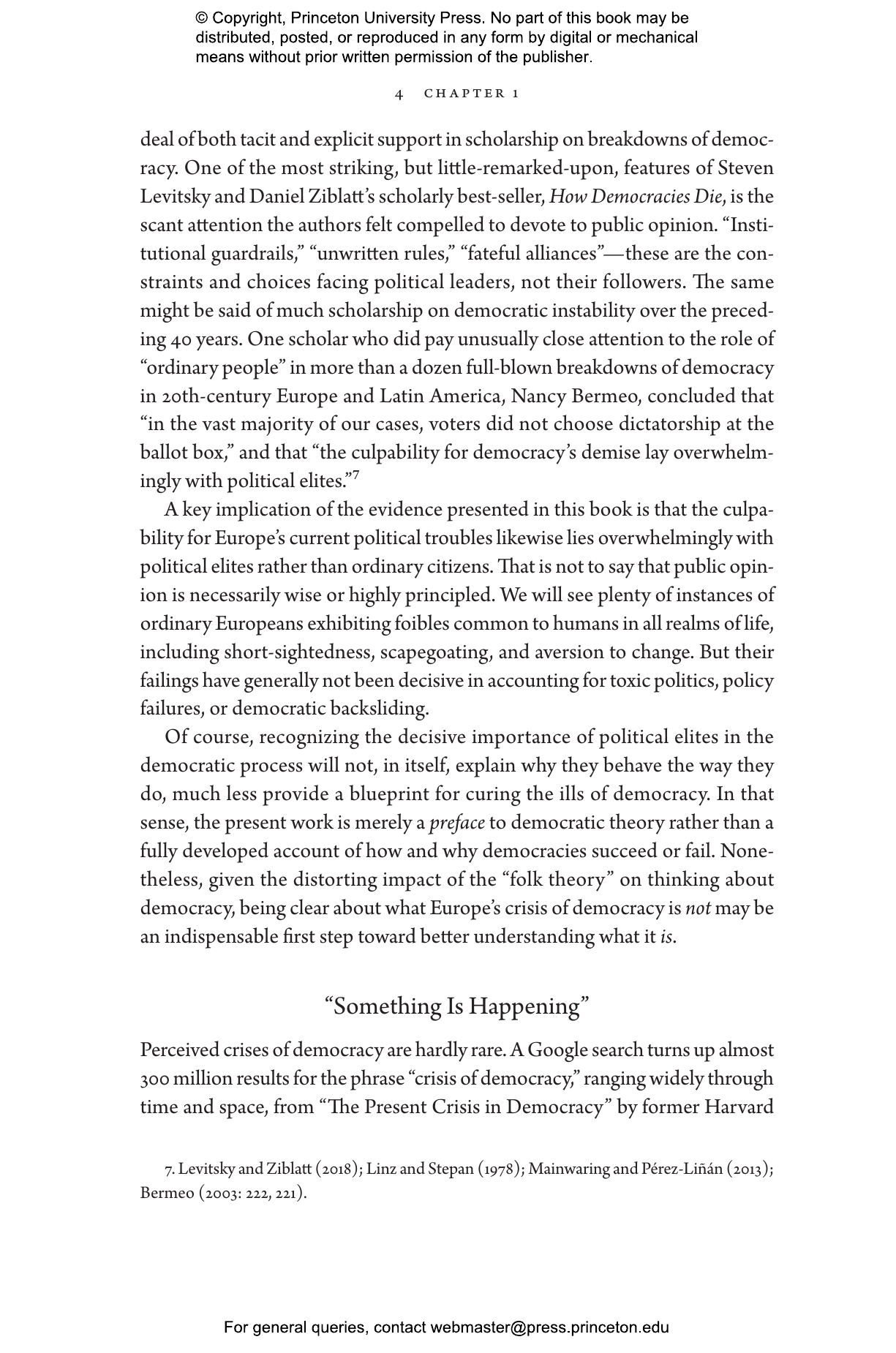 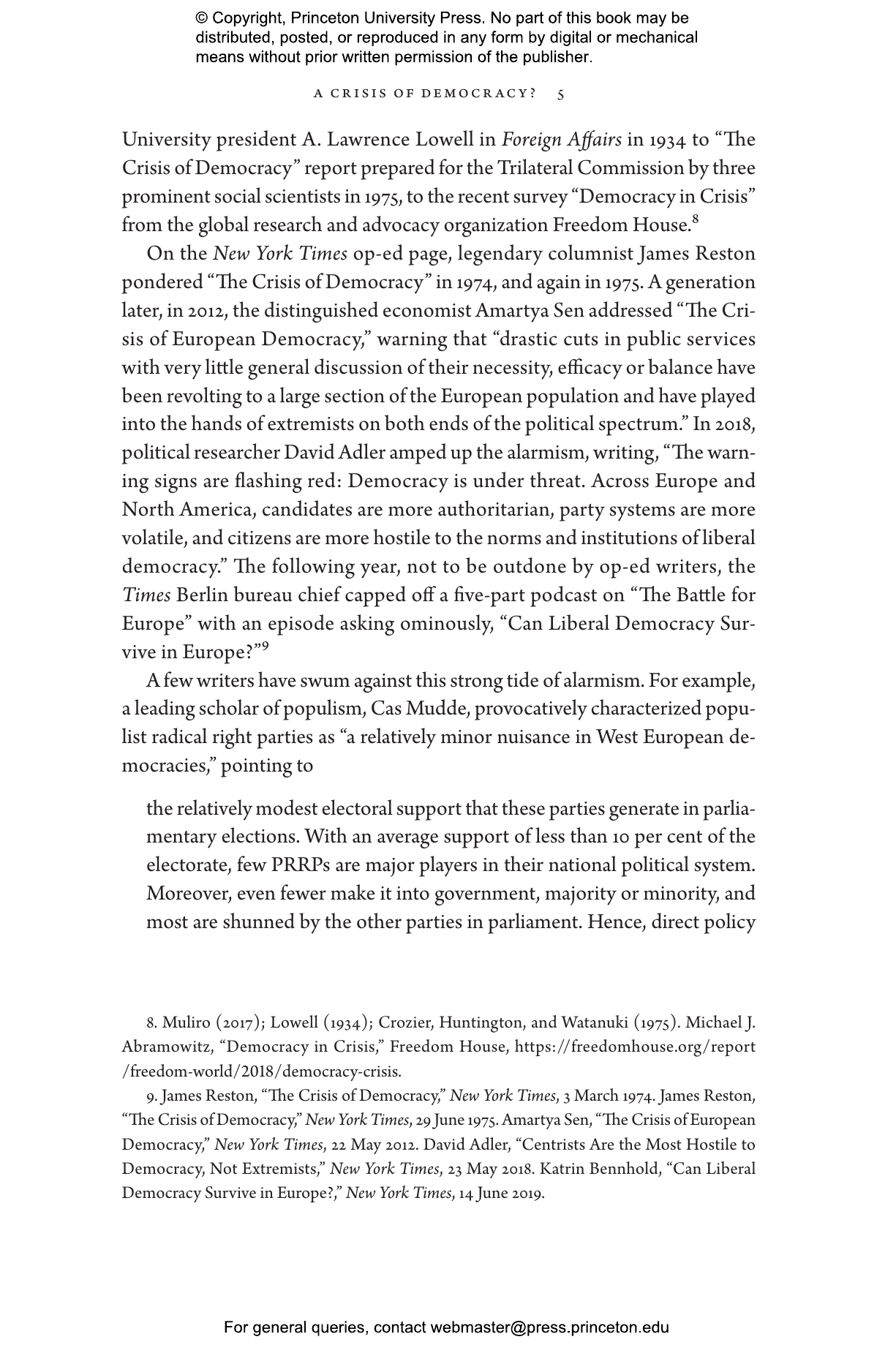 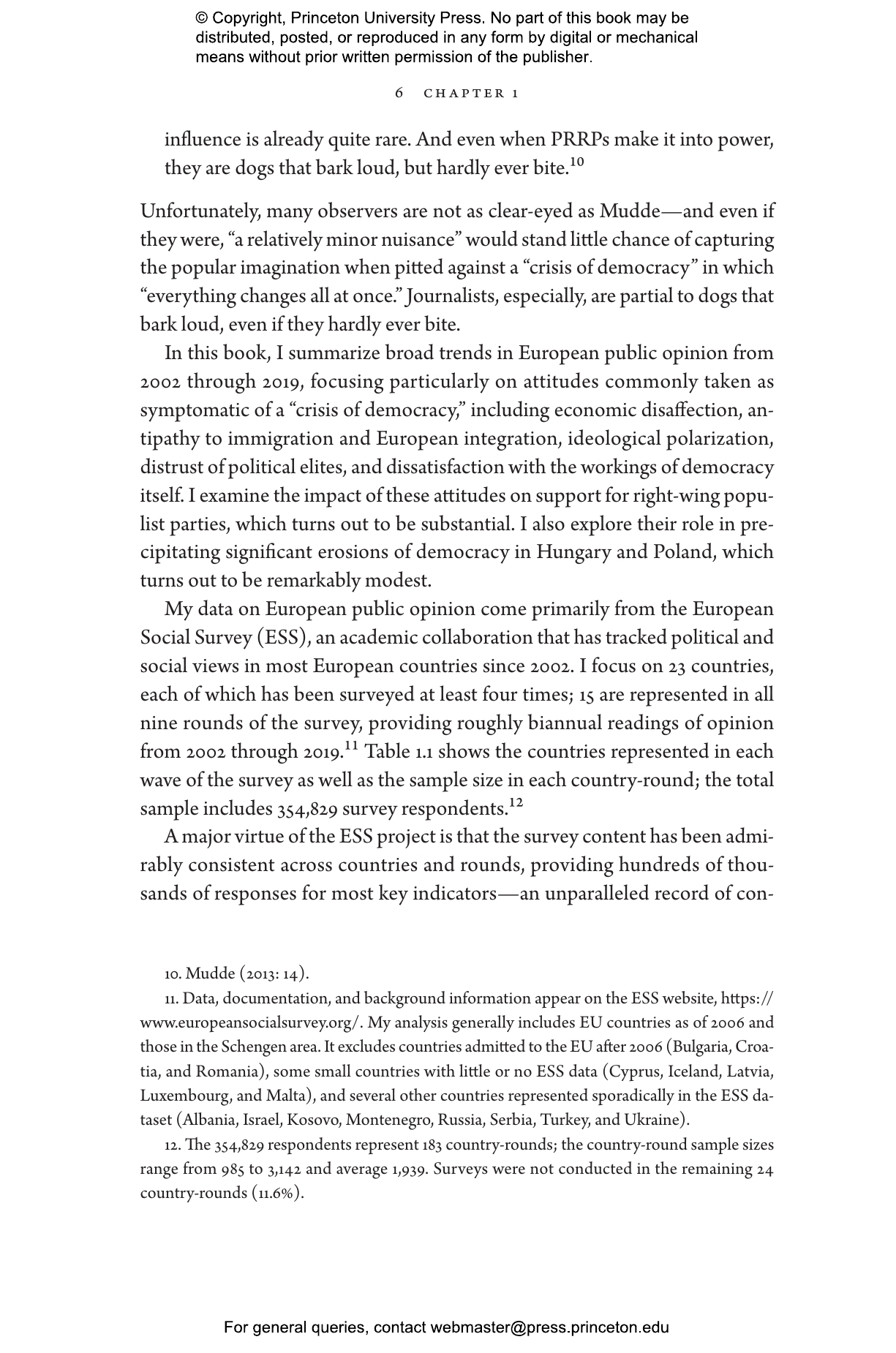 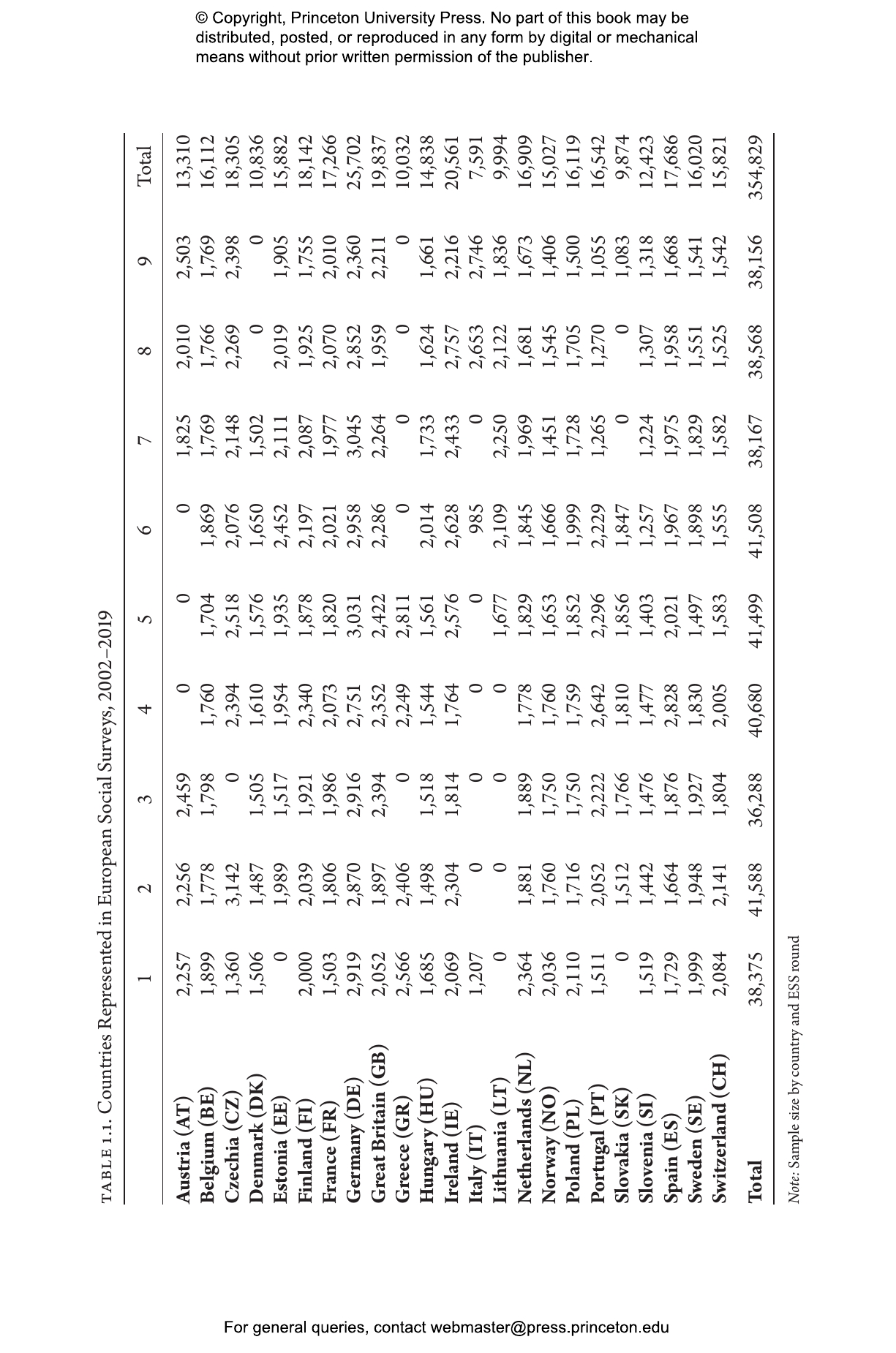 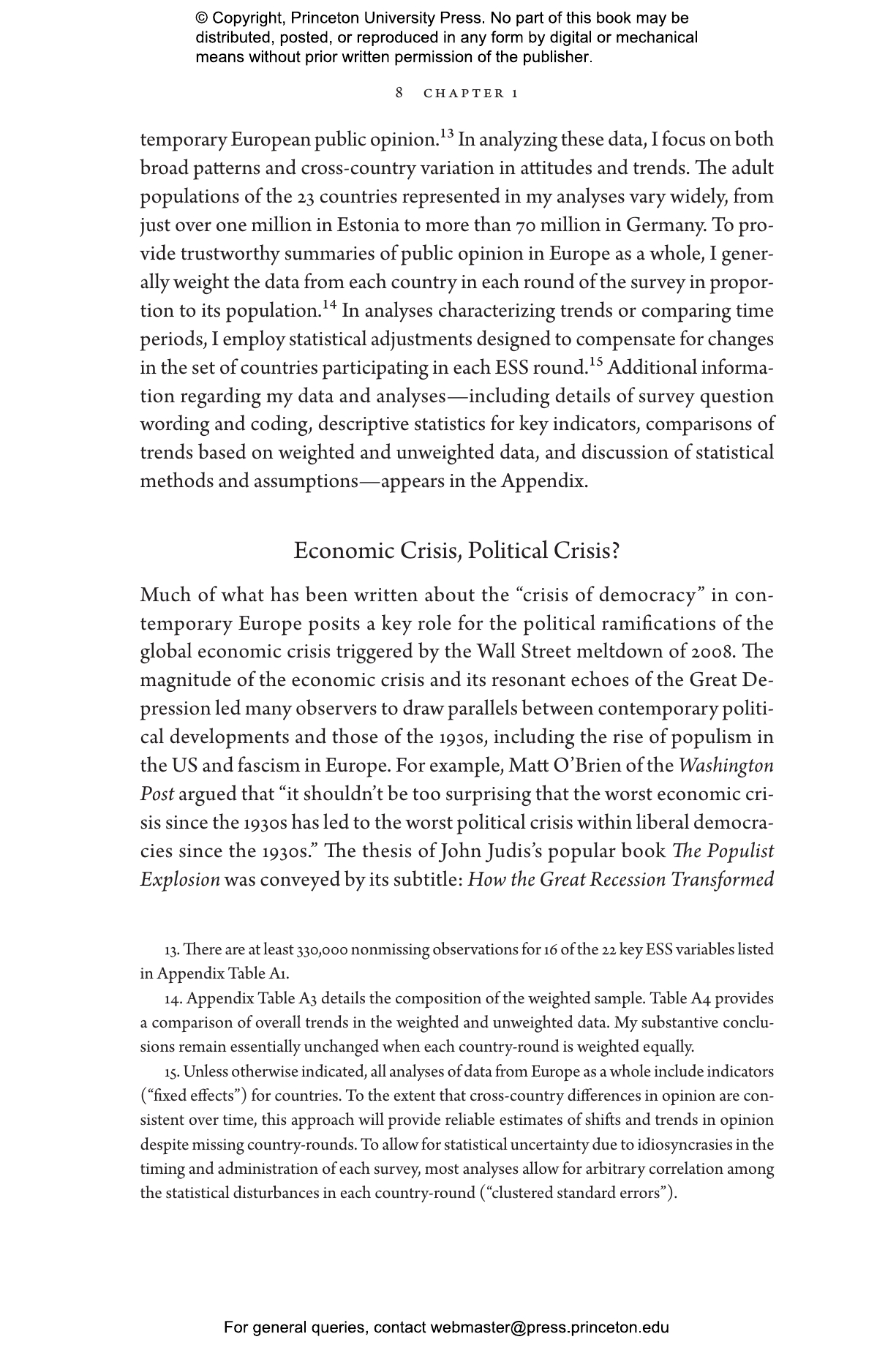 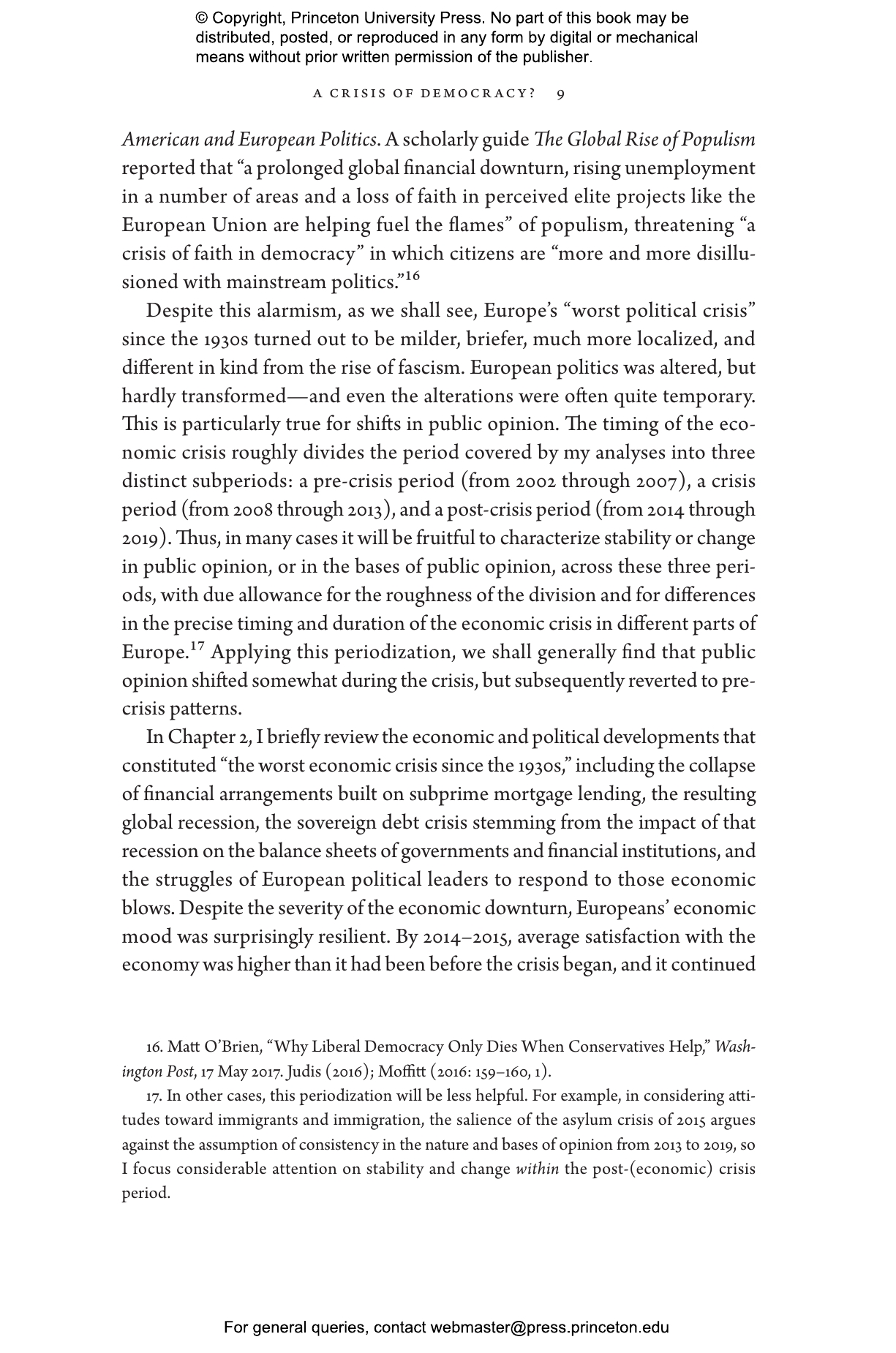 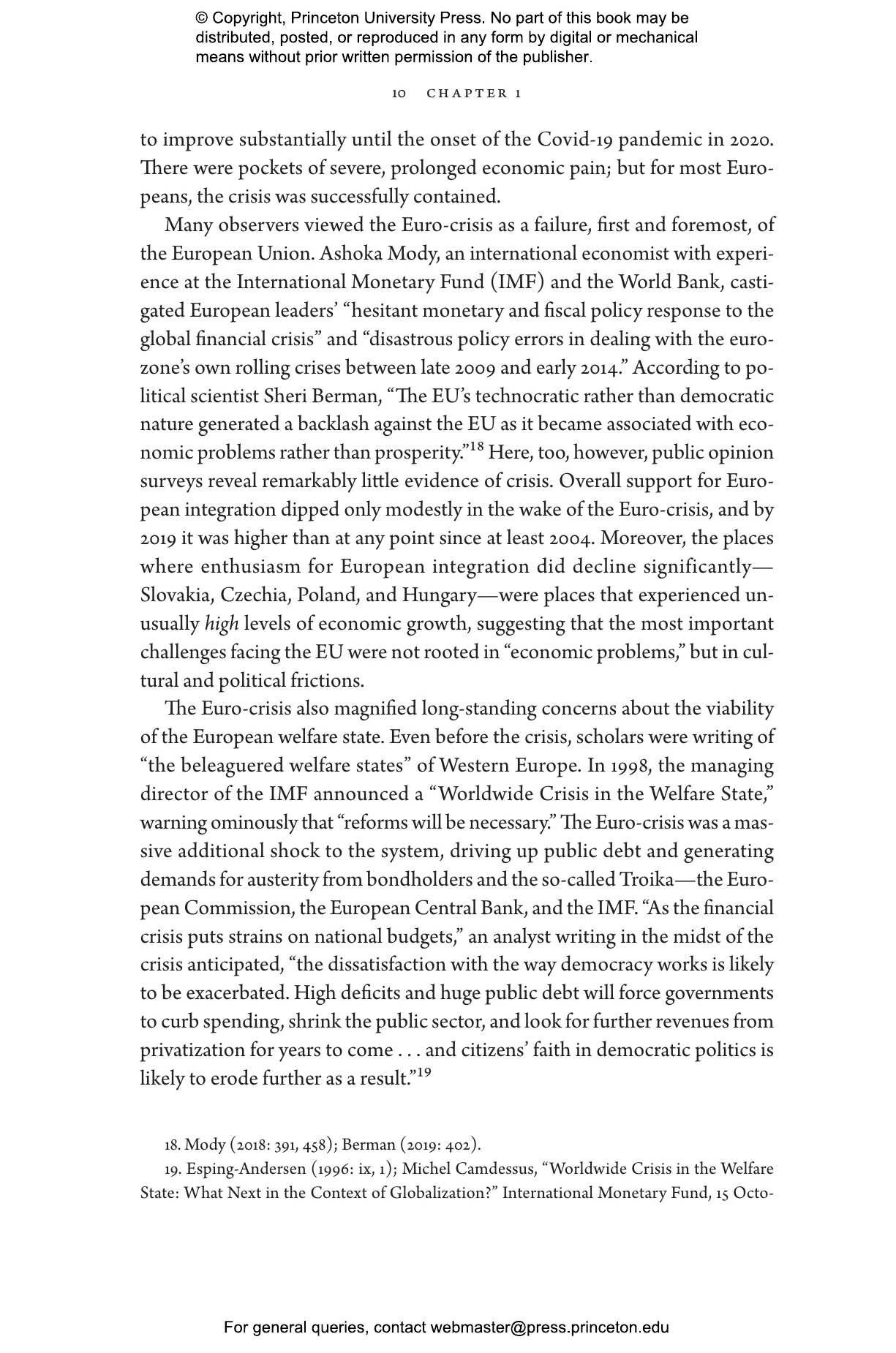 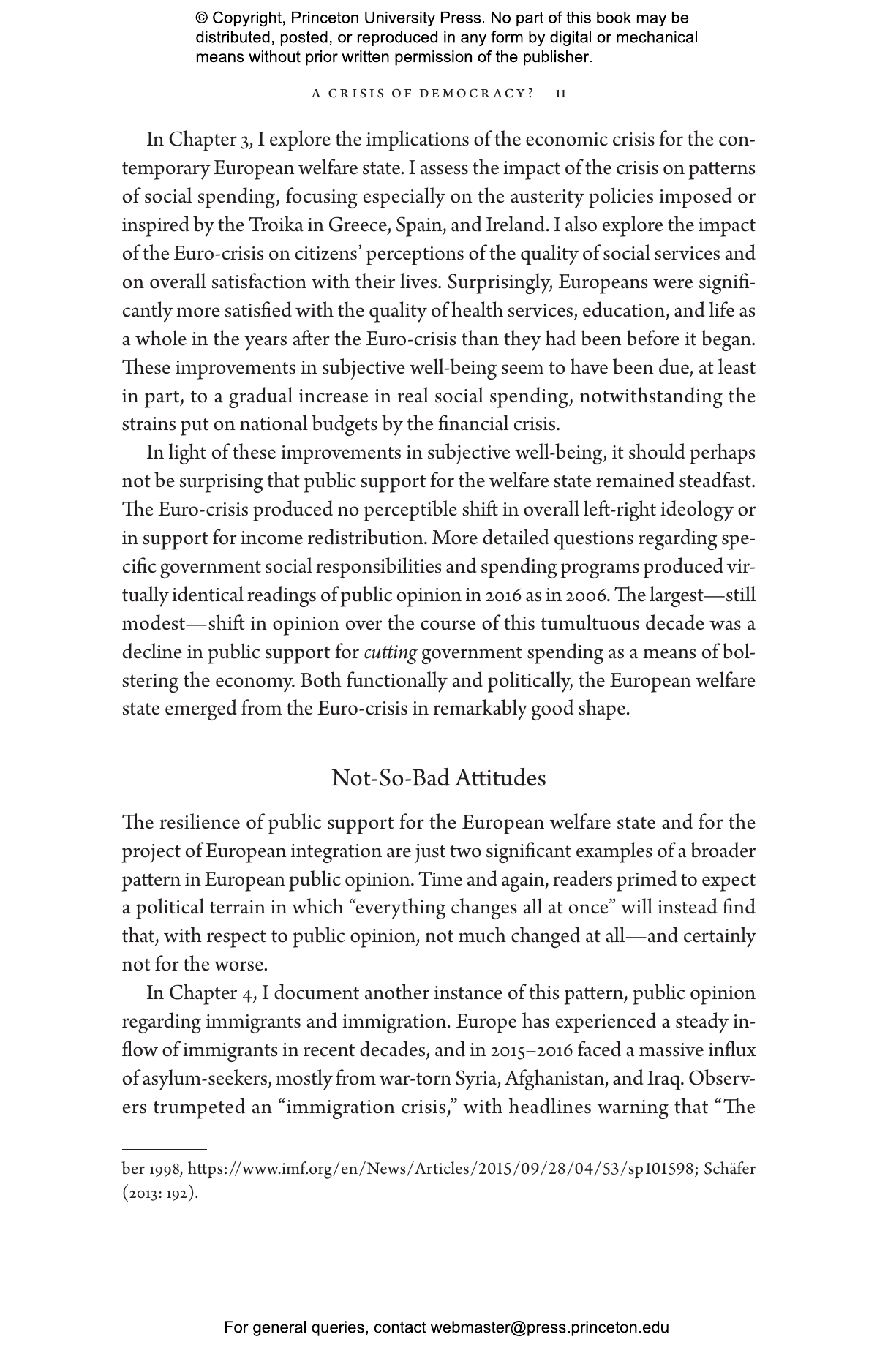 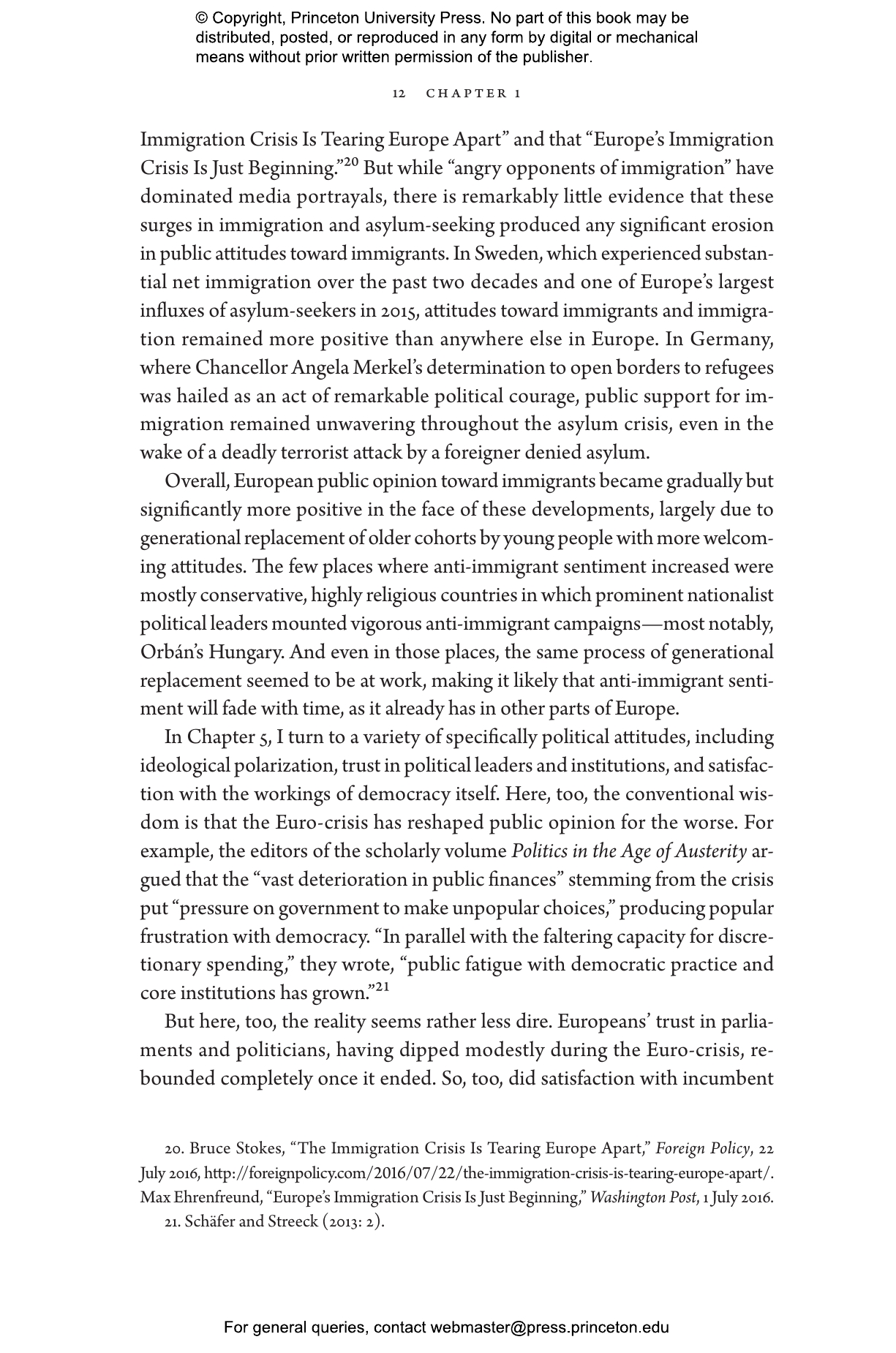 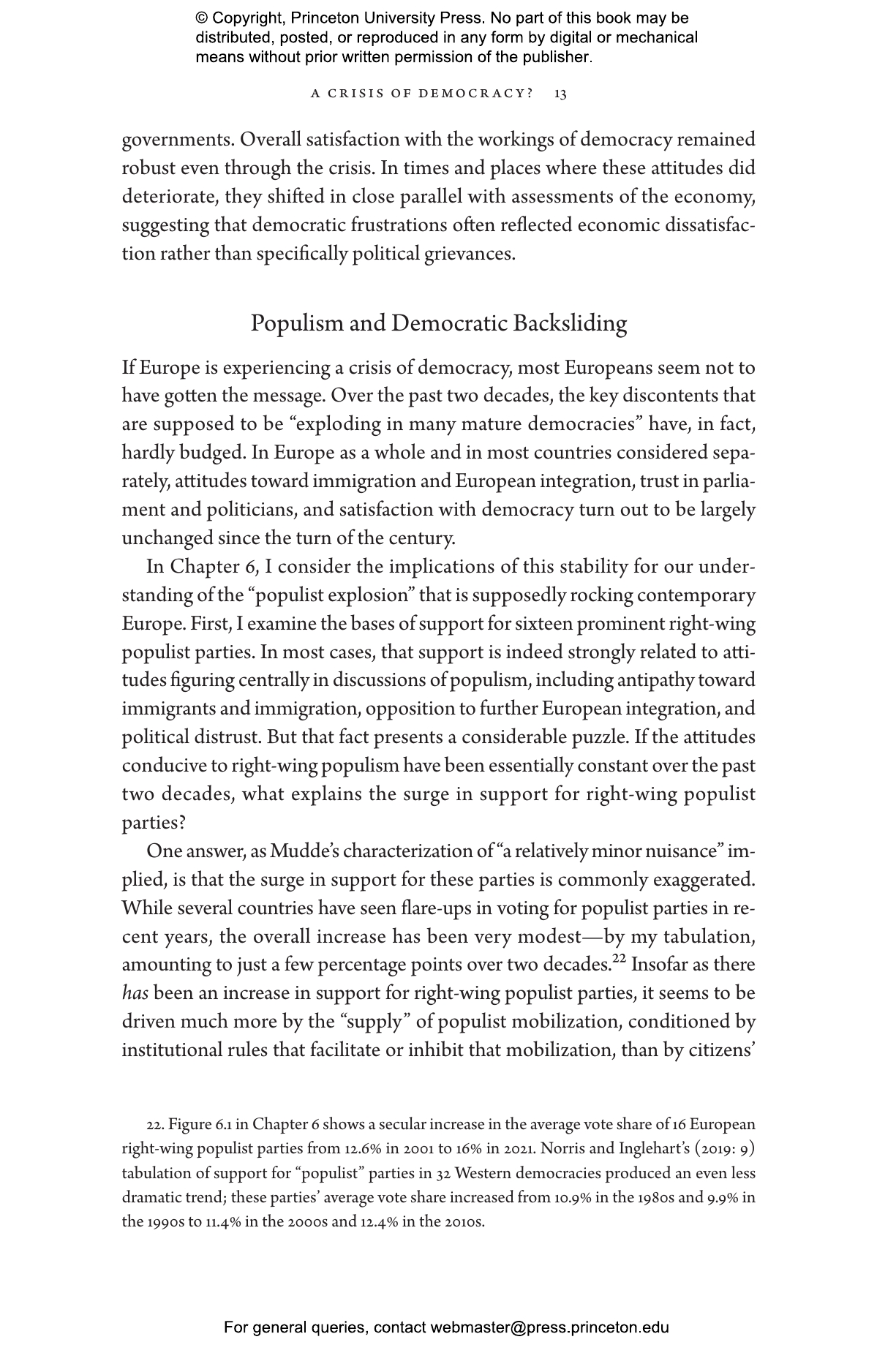 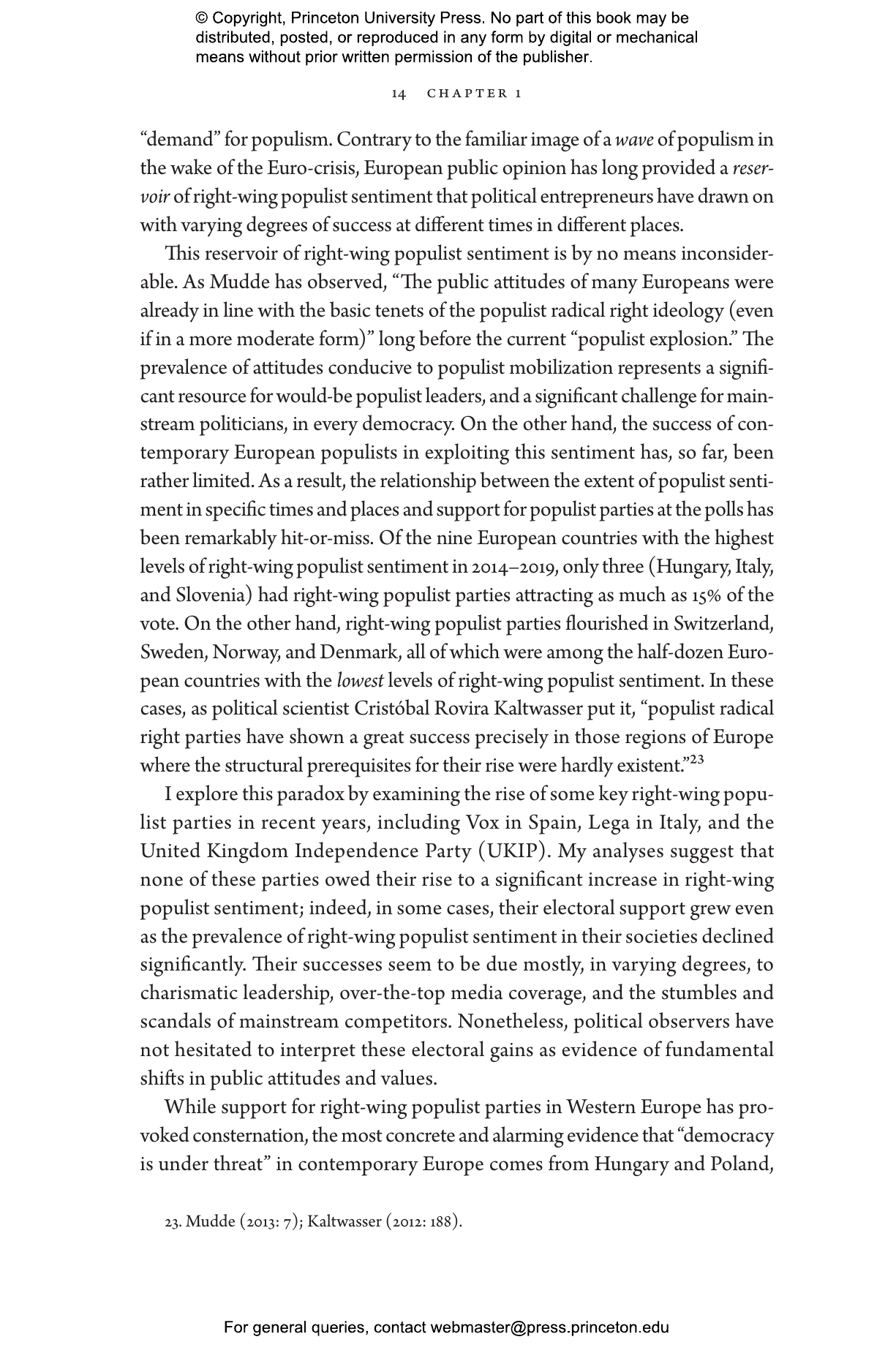 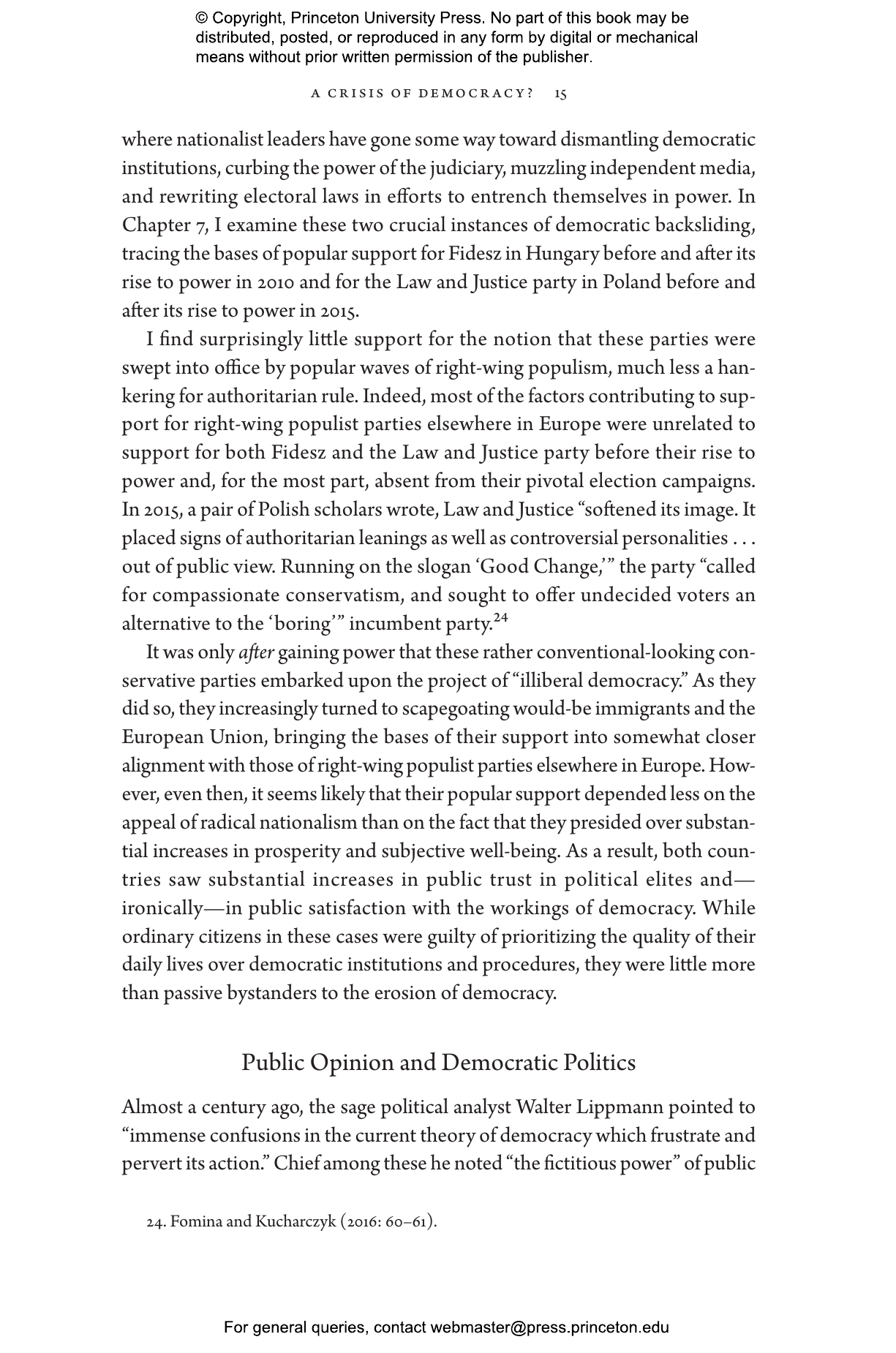 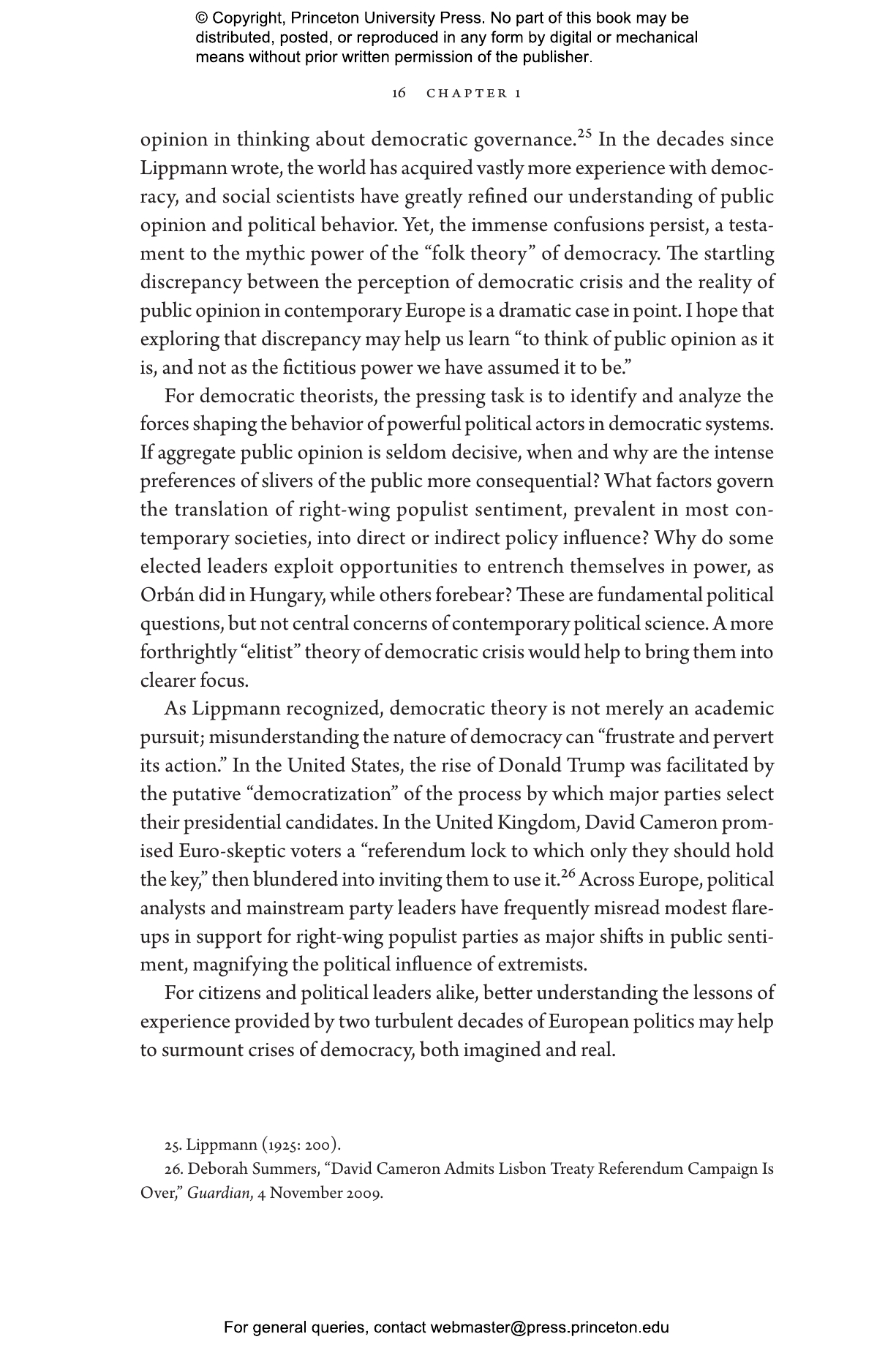 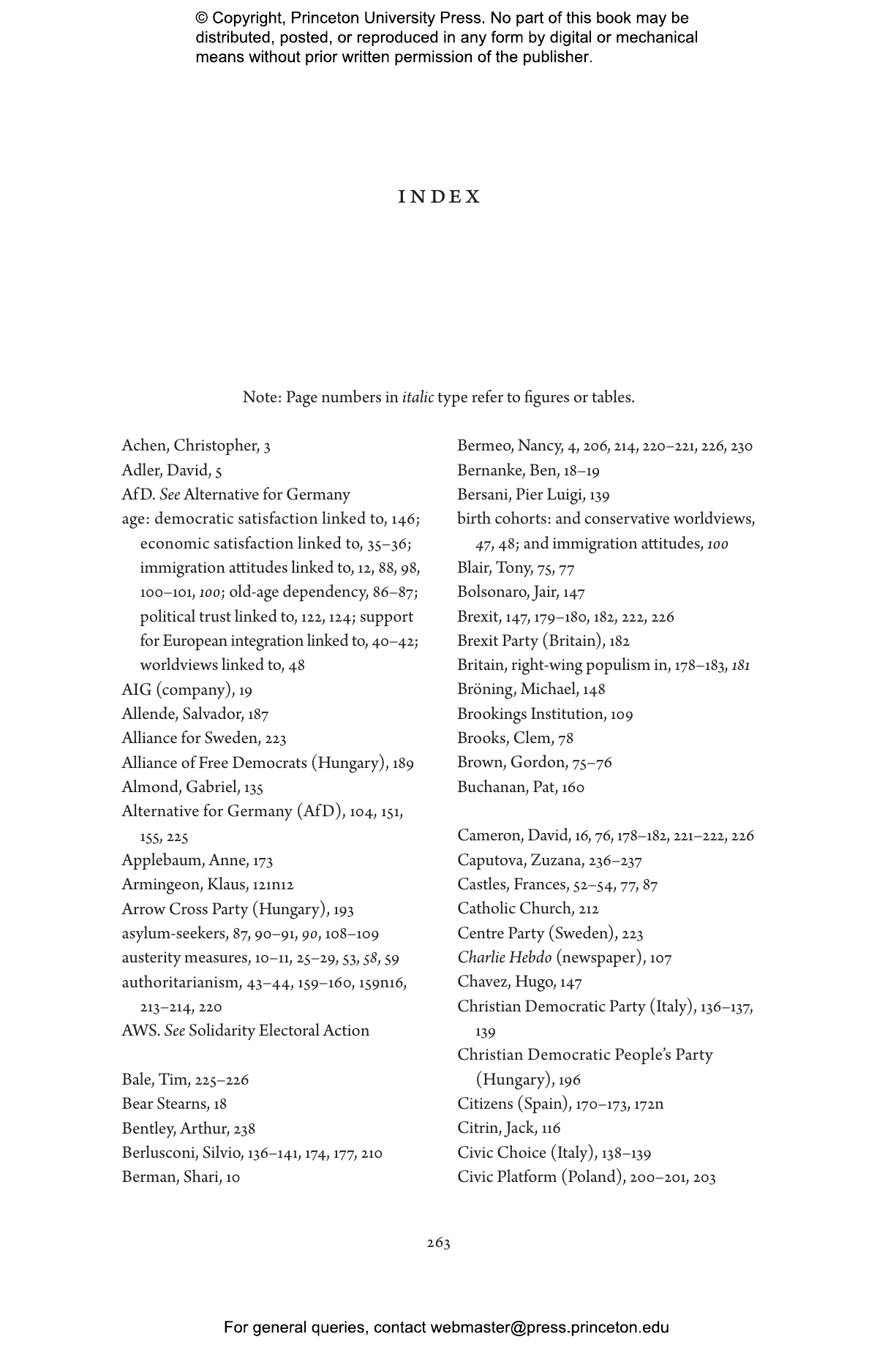 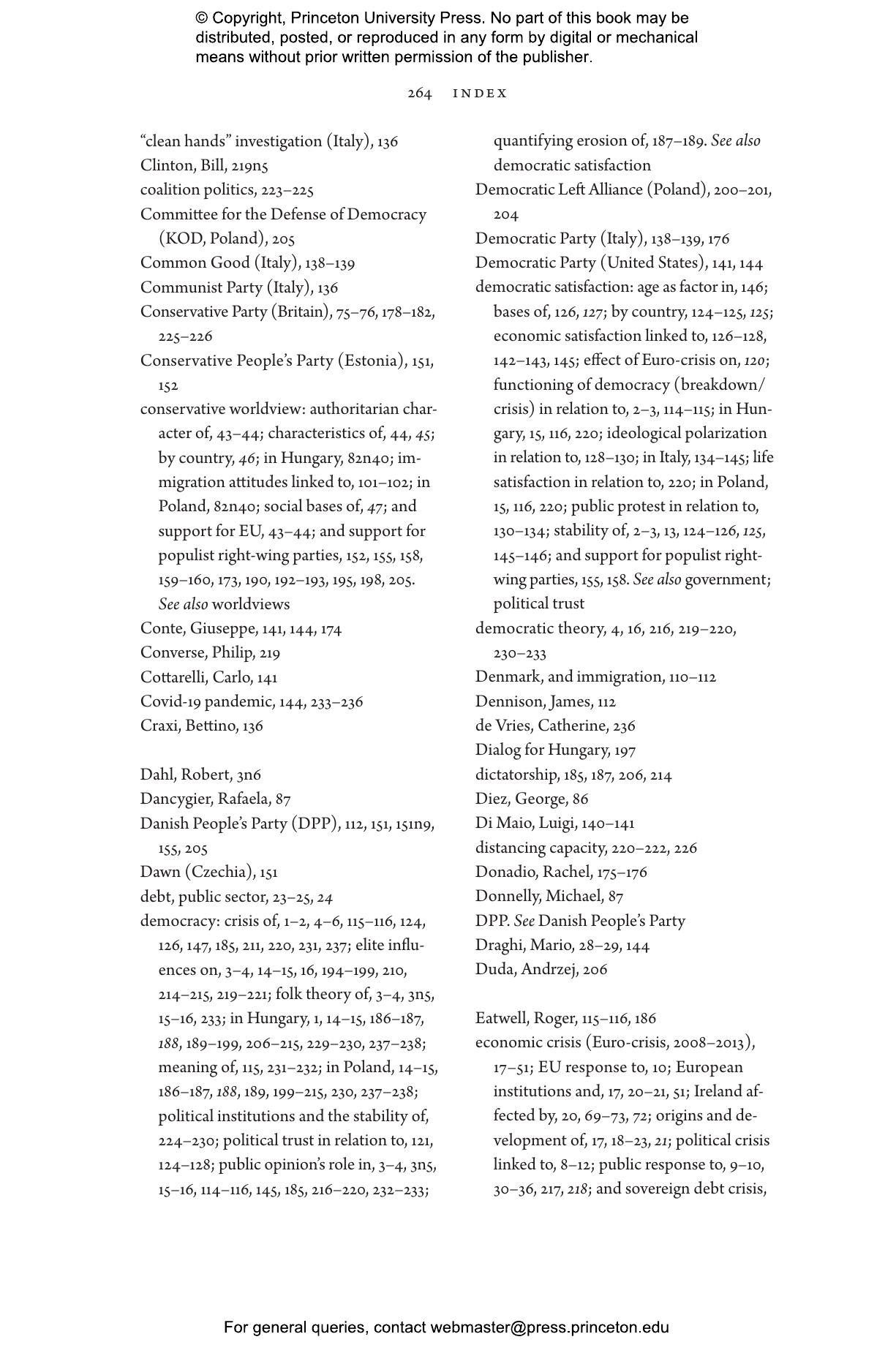 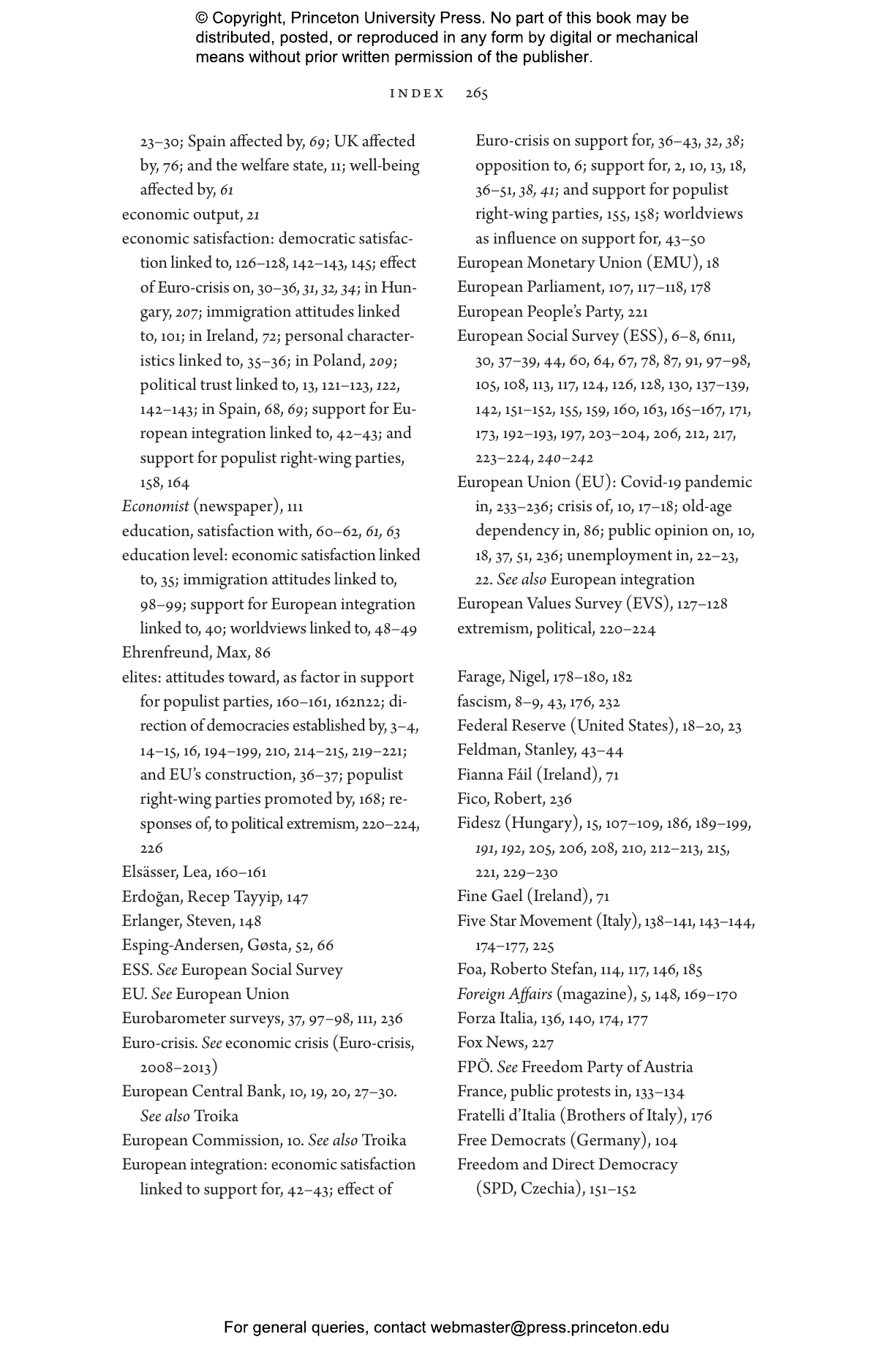 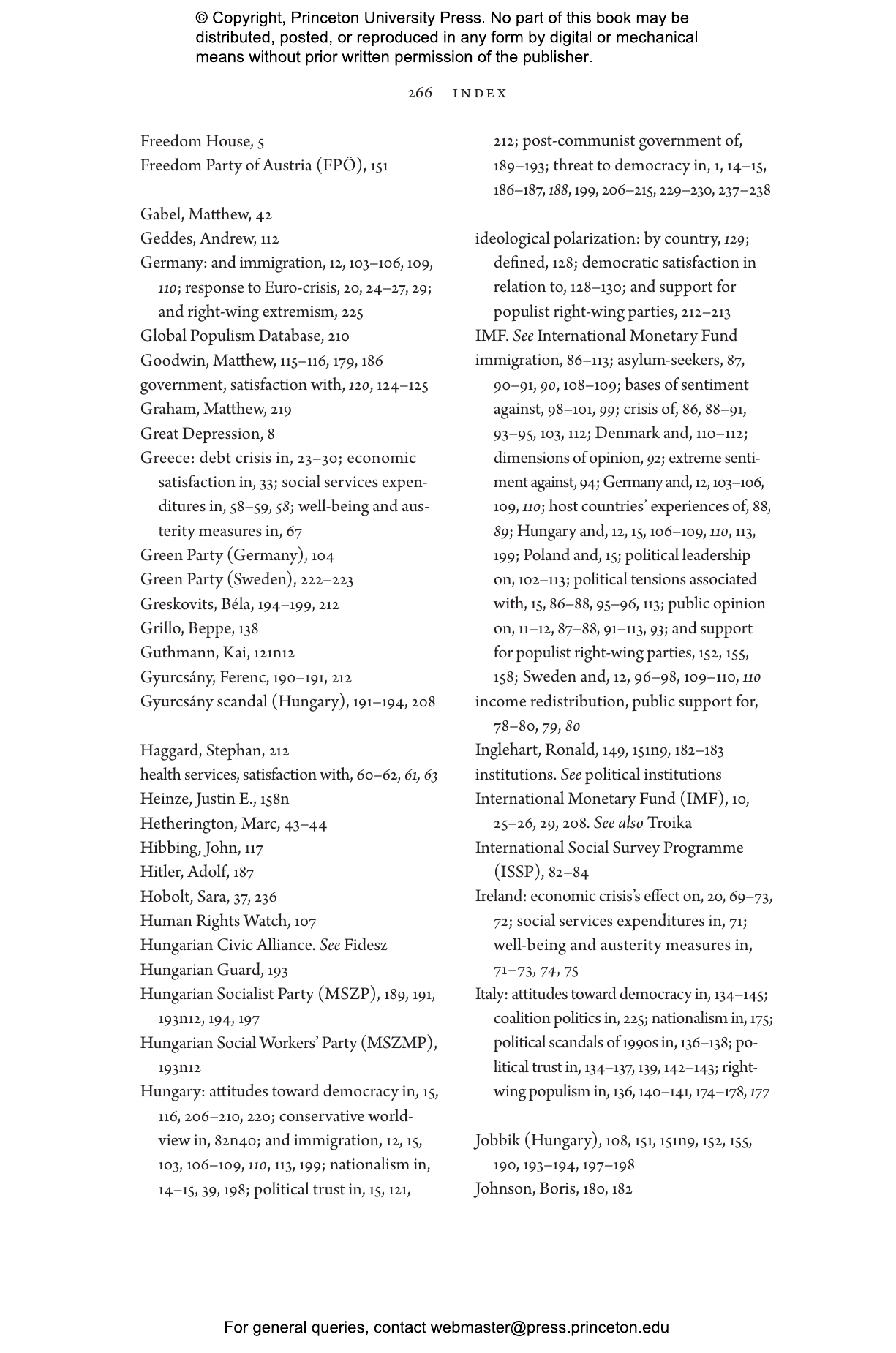 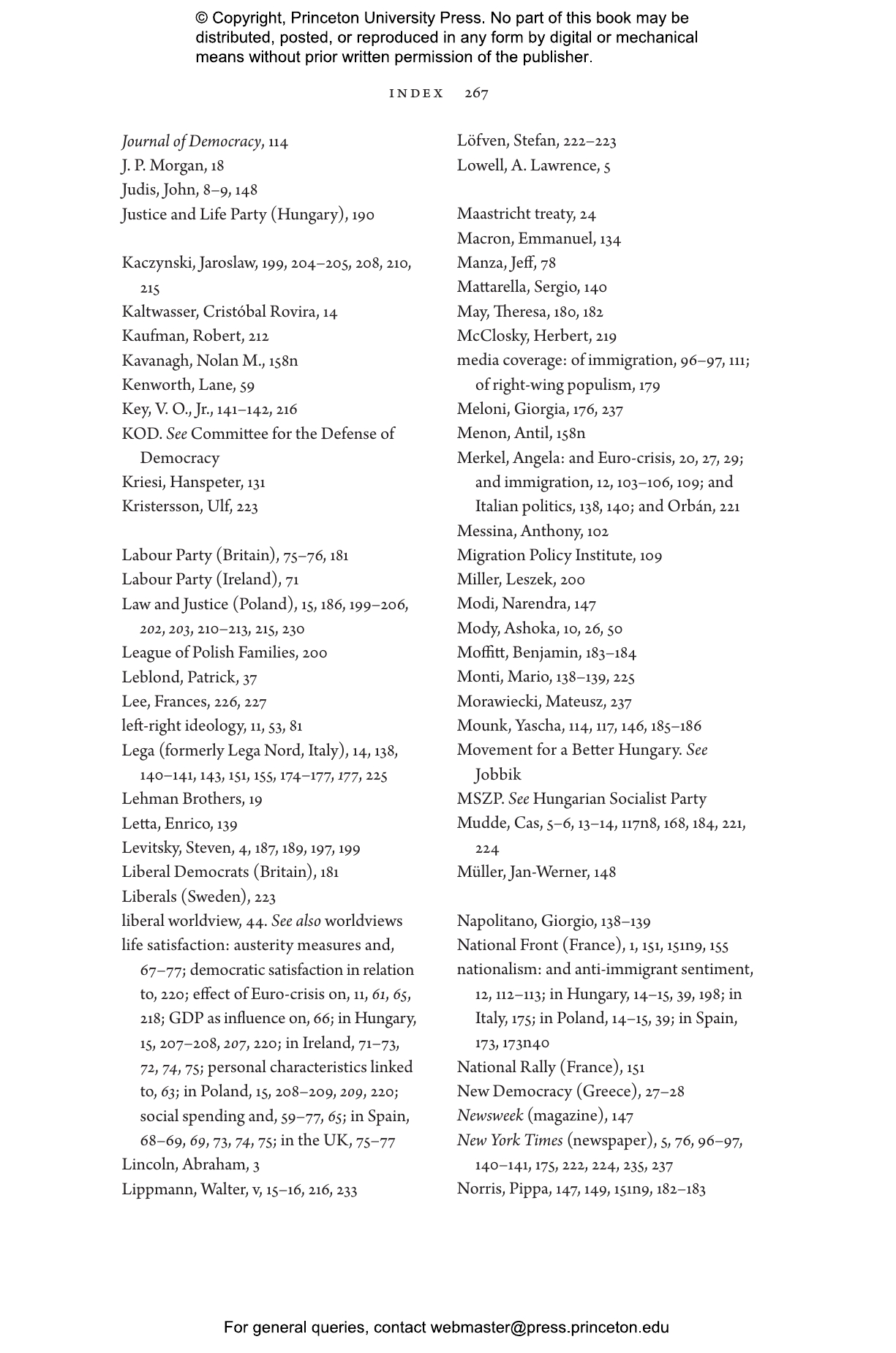 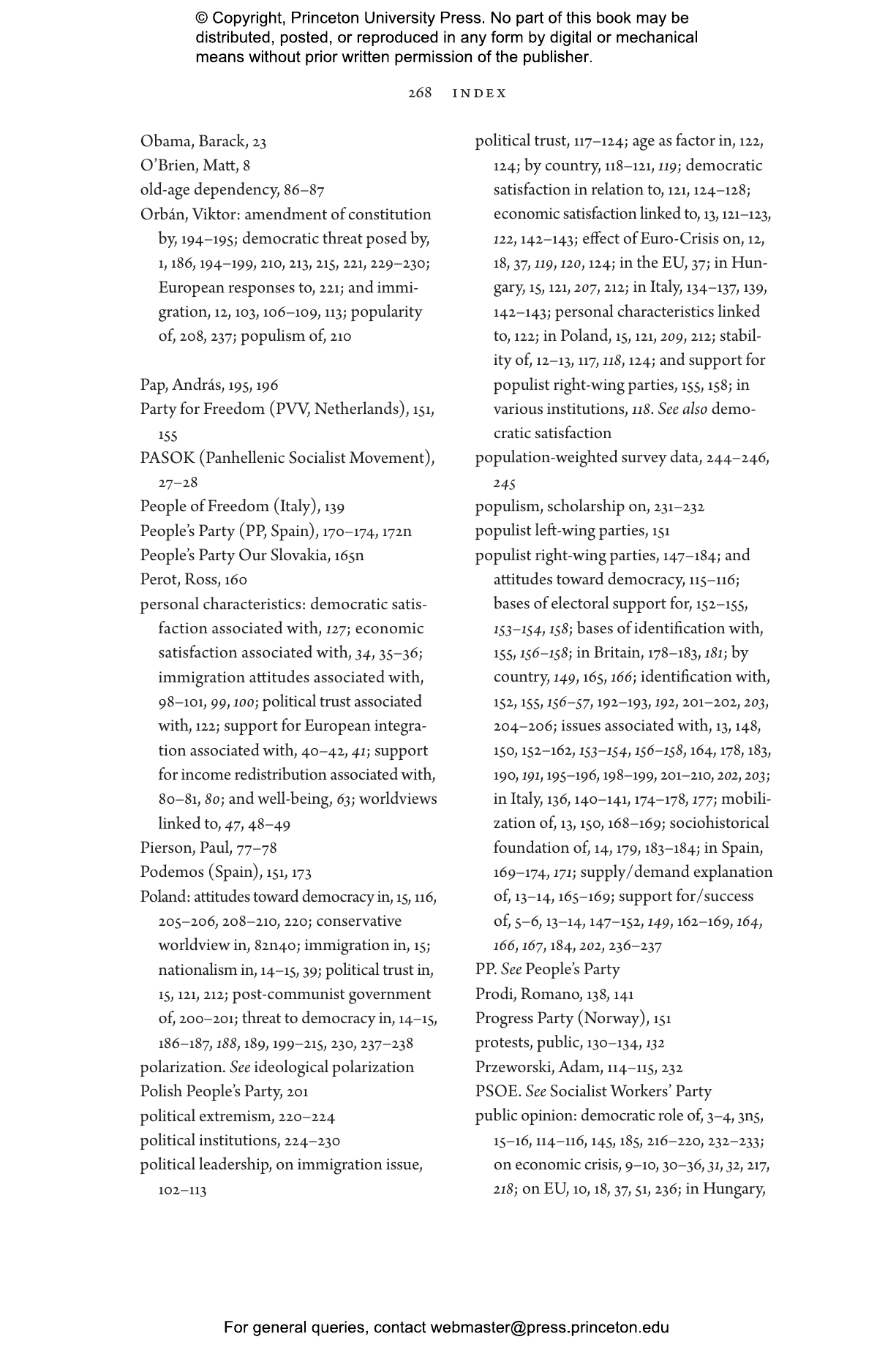 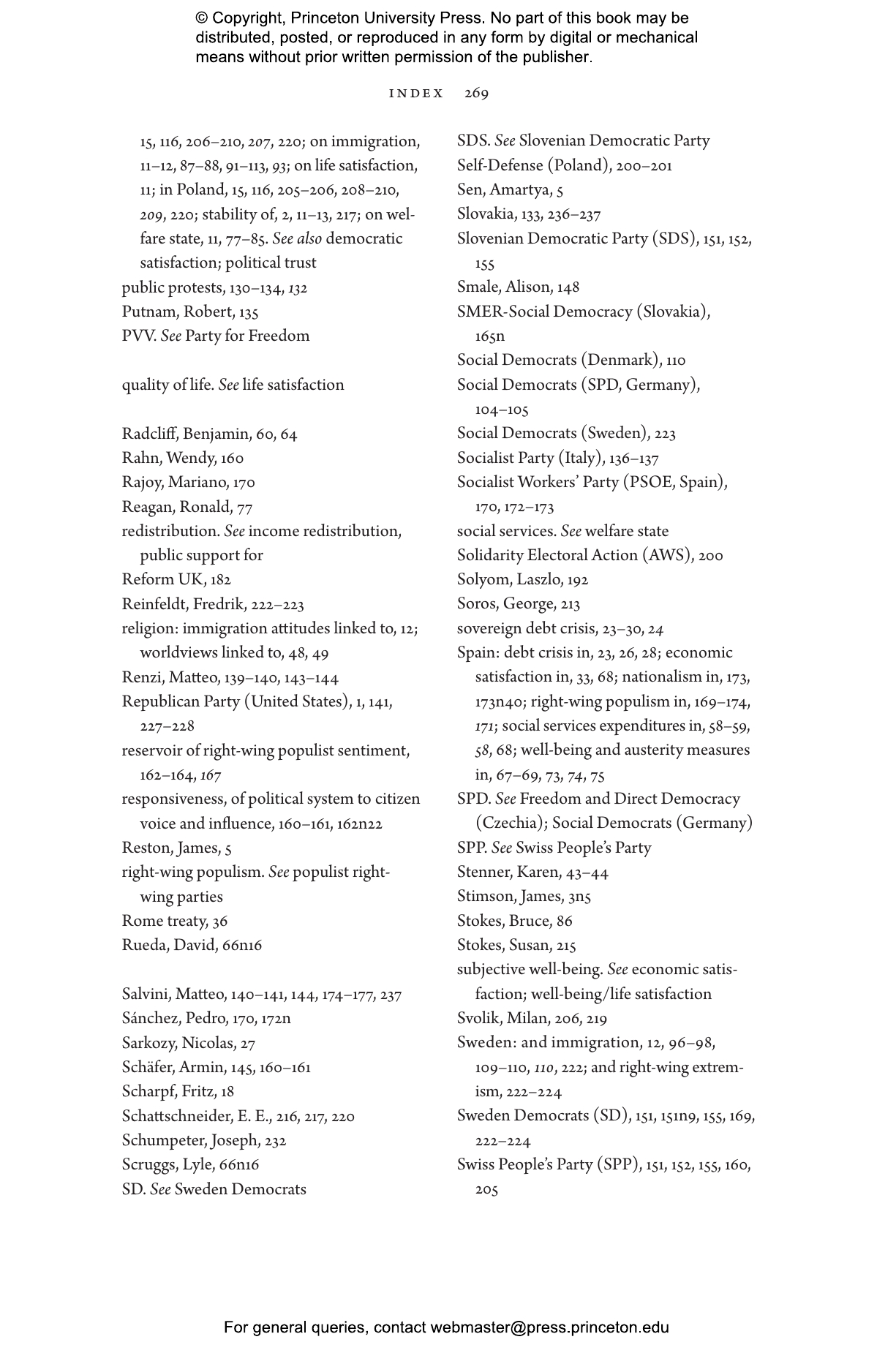 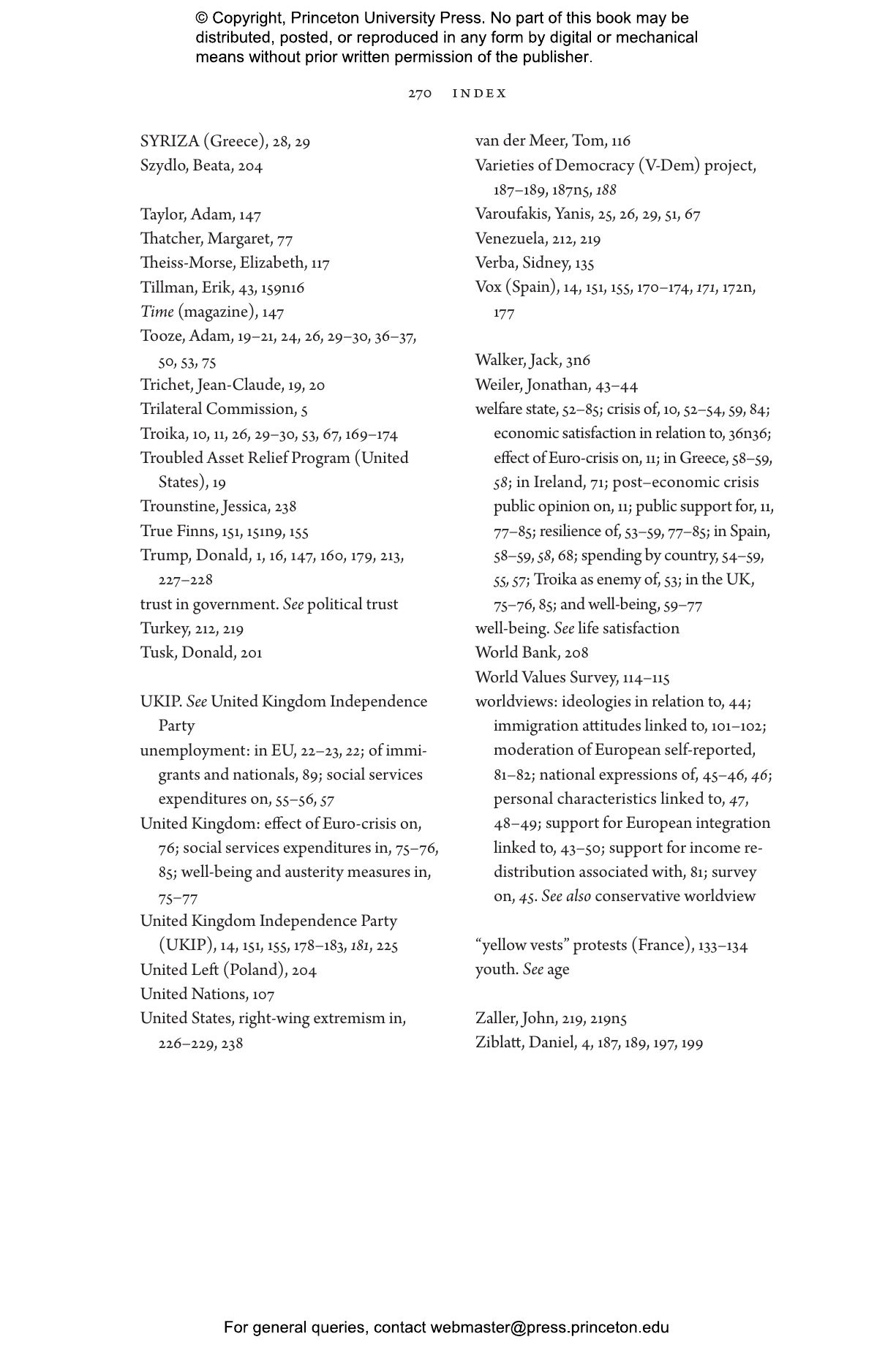 Why leaders, not citizens, are the driving force in Europe’s crisis of democracy 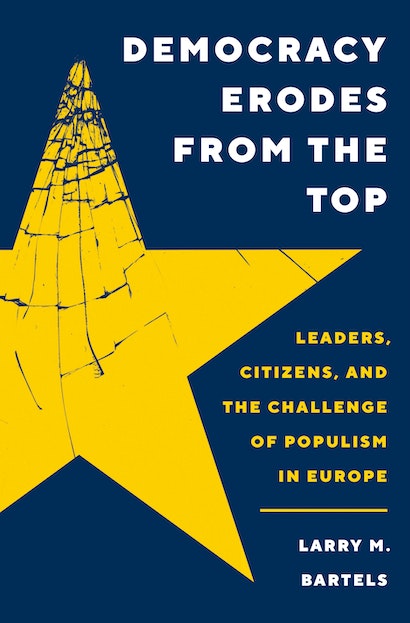 A seeming explosion of support for right-wing populist parties has triggered widespread fears that liberal democracy is facing its worst crisis since the 1930s. Democracy Erodes from the Top reveals that the real crisis stems not from an increasingly populist public but from political leaders who exploit or mismanage the chronic vulnerabilities of democracy.

In this provocative book, Larry Bartels dismantles the pervasive myth of a populist wave in contemporary European public opinion. While there has always been a substantial reservoir of populist sentiment, Europeans are no less trusting of their politicians and parliaments than they were two decades ago, no less enthusiastic about European integration, and no less satisfied with the workings of democracy. Anti-immigrant sentiment has waned. Electoral support for right-wing populist parties has increased only modestly, reflecting the idiosyncratic successes of populist entrepreneurs, the failures of mainstream parties, and media hype. Europe’s most sobering examples of democratic backsliding—in Hungary and Poland—occurred not because voters wanted authoritarianism but because conventional conservative parties, once elected, seized opportunities to entrench themselves in power.

By demonstrating the inadequacy of conventional bottom-up interpretations of Europe’s political crisis, Democracy Erodes from the Top turns our understanding of democratic politics upside down.

Larry M. Bartels is University Distinguished Professor of Political Science and Law and May Werthan Shayne Chair of Public Policy and Social Science at Vanderbilt University. His books include Unequal Democracy: The Political Economy of the New Gilded Age and (with Christopher H. Achen) Democracy for Realists: Why Elections Do Not Produce Responsive Government (both Princeton).

“This pathbreaking book offers compelling evidence that democratic erosion begins at the top and not with an autonomous surge in antidemocratic sentiments among the citizenry at the bottom. It should be read by anyone interested in Europe, democracy, or the interaction of elites and masses.”—Nancy Bermeo, Nuffield Senior Research Fellow, University of Oxford, and Professor of Politics Emeritus, Princeton University

“This compelling book is a powerful antidote to the widespread view that European democracy is facing a huge crisis and that voters are fleeing to support populist ideologies and parties. Democracy Erodes from the Top is a magisterial and refreshing debunking of alarmist views about European public opinion by a world-class political scientist.”—André Blais, University of Montreal

“Is populist sentiment on the rise? Does it imperil democracy? For evidence-based answers, there’s no one better to turn to than Larry Bartels. This careful investigation of the European experience suggests our concern ought to be focused on political leaders and institutions rather than ordinary citizens.”—Lane Kenworthy, author of Social Democratic Capitalism

“Bartels brilliantly challenges the apocalyptic literature about the coming death of democracy. Drawing on a wealth of data from the European Social Survey, he shows convincingly that citizens have not become more receptive to right-wing populism. When democracies turn illiberal as in Hungary or Poland, the key actors are the political elites, not public opinions. A refreshing perspective, a major book.”—Nonna Mayer, Sciences Po