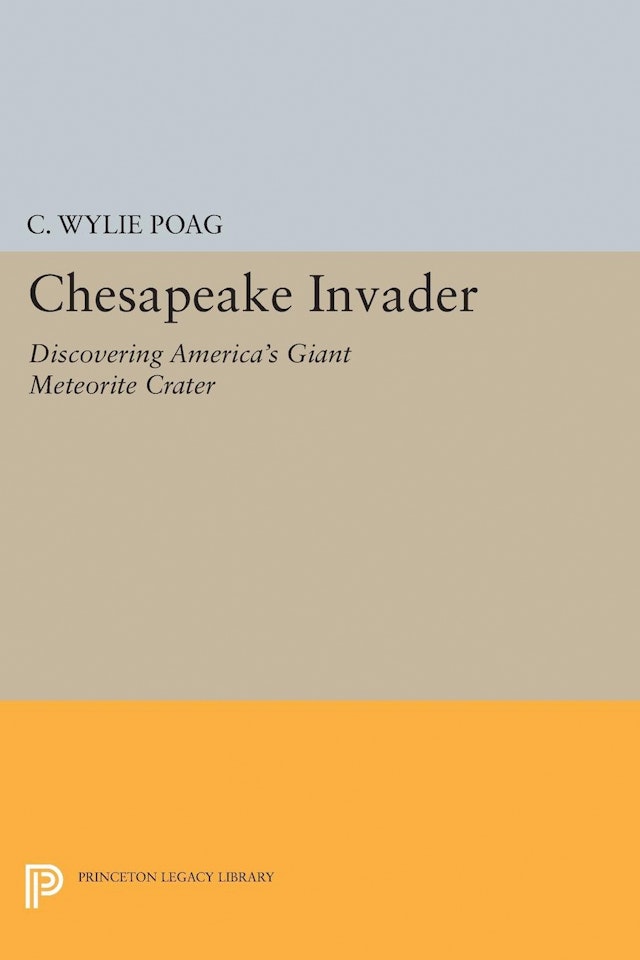 Thirty-five million years ago, a meteorite three miles wide and moving sixty times faster than a bullet slammed into the sea bed near what is now Chesapeake Bay. The impact, more powerful than the combined explosion of every nuclear bomb on Earth, blasted out a crater fifty miles wide and one mile deep. Shock waves radiated through the Earth for thousands of miles, shaking the foundations of the Appalachians, as gigantic waves and winds of white-hot debris transformed the eastern seaboard into a lifeless wasteland. Chesapeake Invader is the story of this cataclysm, told by the man who discovered it happened. Wylie Poag, a senior scientist with the U.S. Geological Survey, explains when and why the catastrophe occurred, what destruction it caused, how scientists unearthed evidence of the impact, and how the meteorite’s effects are felt even today. Poag begins by reviewing how scientists in the decades after World War II uncovered a series of seemingly inexplicable geological features along the Virginia coast. As he worked to interpret one of these puzzling findings in the 1980s in his own field of paleontology, Poag began to suspect that the underlying explanation was the impact of a giant meteorite. He guides us along the path that he and dozens of colleagues subsequently followed as — in true scientific tradition — they combined seemingly outrageous hypotheses, painstaking research, and equal parts good and bad luck as they worked toward the discovery of what turned out to be the largest impact crater in the U.S. We join Poag in the lab, on deep-sea drilling ships, on the road for clues in Virginia, and in heated debates about his findings. He introduces us in clear, accessible language to the science behind meteorite impacts, to life and death on Earth thirty-five million years ago, and to the ways in which the meteorite shaped the Chesapeake Bay area by, for example, determining the Bay’s very location and creating the notoriously briny groundwater underneath Virginia. This is a compelling work of geological detective work and a paean to the joys and satisfactions of a life in science.

"A light-handed tale of scientific exploration, fascinating as living theater, where the daily grind has a chance to reval more cosmic thrummings. . . . All this Poag relates with clipped vibrancy, and it makes for riveting reading."—Kirkus Reviews

"Chesapeake Invader is excitingly written.... Poag shows us how scientific discoveries are made and how there are many twists and turns along the way."—Donald Prothero, Occidental College