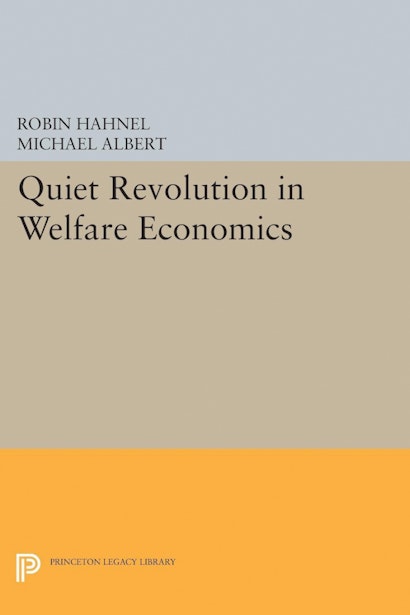 This ambitious work presents a critique of traditional welfare theory and proposes a new approach to it. Radical economists Robin Hahnel and Michael Albert argue that an improved theory of social welfare can consolidate and extend recent advances in microeconomic theory, and generate exciting new results as well. The authors show that once the traditional “welfare paradigm” is appropriately modified, a revitalized welfare theory can clarify the relationship between individual and social rationalitya task that continues to be of interest to mainstream and nonmainstream economists alike. Hahnel and Albert show how recent work in the theory of the labor process, externalities, public goods, and endogenous preferences can advance research in welfare theory. In a series of important theorems, the authors extend the concept of Pareto optimality to dynamic contexts with changing preferences and thus highlight the importance of institutional bias. This discussion provides the basis for further analysis of the properties and consequences of private and public enterprise and of markets and central planning. Not surprisingly, Hahnel and Albert reach a number of conclusions at odds with conventional wisdom.