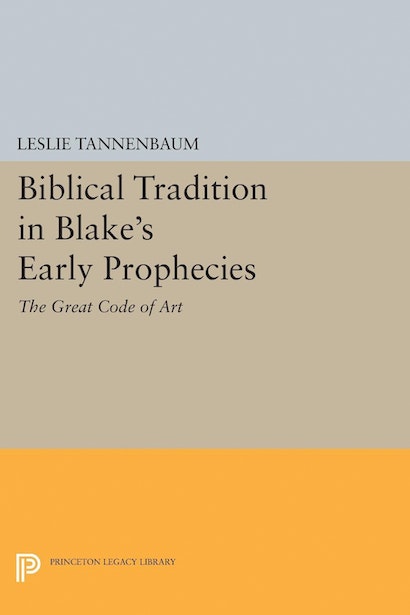 In a detailed examination of the ways in which Blake’s use of biblical tradition gives form and meaning to his early prophetic books, Leslie Tannenbaum shows what Blake meant when he called the Bible the Great Code of Art.”