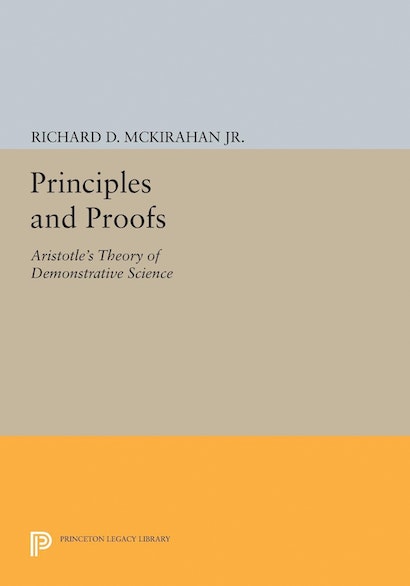 By a thorough study of the Posterior Analytics and related Aristotelian texts, Richard McKirahan reconstructs Aristotle’s theory of episteme — science. The Posterior Analytics contains the first extensive treatment of the nature and structure of science in the history of philosophy, and McKirahan’s aim is to interpret it sympathetically, following the lead of the text, rather than imposing contemporary frameworks on it. In addition to treating the theory as a whole, the author uses textual and philological as well as philosophical material to interpret many important but difficult individual passages. A number of issues left obscure by the Aristotelian material are settled by reference to Euclid’s geometrical practice in the Elements. To justify this use of Euclid, McKirahan makes a comparative analysis of fundamental features of Euclidian geometry with the corresponding elements of Aristotle’s theory. Emerging from that discussion is a more precise and more complex picture of the relation between Aristotle’s theory and Greek mathematics — a picture of mutual, rather than one-way, dependence.