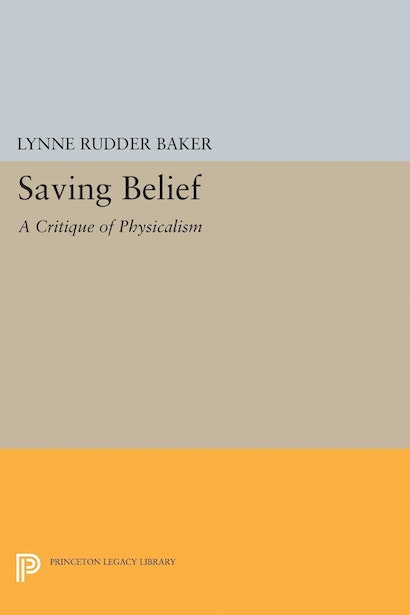 This stimulating book critically examines a wide range of physicalistic conceptions of mind in the works of Jerry A. Fodor, Stephen P. Stich, Paul M. Churchland, Daniel C. Dennett, and others. Part I argues that intentional concepts cannot be reduced to nonintentional (and nonsemantic) concepts; Part II argues that intentional concepts are nevertheless indispensable to our cognitive enterprises and thus need no foundation in physicalism. As a sustained challenge to the prevailing interpretation of cognitive science, this timely book fills a large gap in the philosophical literature. It is sure to spark controversy, yet its clarity makes it attractive as a text in upper-level undergraduate and graduate courses in philosophy of mind and cognitive science. Saving Belief should be read by philosophers, psychologists, and others interested in the philosophy of language, philosophy of mind, and cognitive science.

"This book is a comprehensive attack on several of the views that have been most influential in the philosophy of psychology during the last two decades. Professor Baker argues that mentalistic notions should not be eliminated, and need not be explained in terms of other notions, in 'cognitive science.' The book is interesting and shows an honest concern for clear argumentation. It deserves a wide readership."—Tyler Burge, University of California at Los Angeles

"This book is a provocative and relentlessly argued treatment of a deep and important topic: the fate of intentionality. Baker's arguments oblige those who wish to defend the current conception of cognitive science to rethink the discipline. She has put the ball squarely in the physicalists' court. ... Despite the technical character of the topic, the book is wonderfully readable."—John Heil, Visiting Fellow, University of California, Berkeley