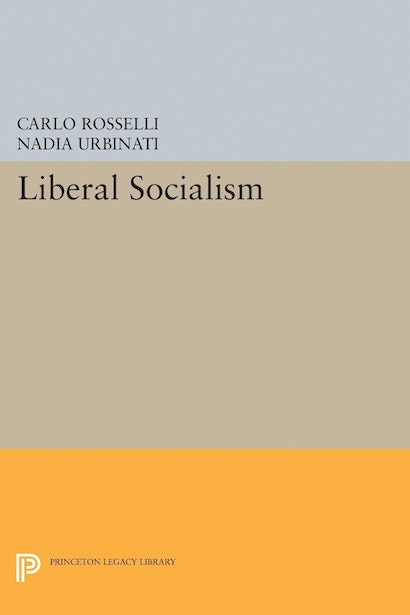 First published in 1930, amidst the collapse of socialist ideals and the onset of fascism throughout parts of Europe, Liberal Socialism is a powerful and timely document on the ethics of political action. During his confinement for his anti-fascist beliefs, the Italian political philosopher Carlo Rosselli (1899-1937) wrote this work not only as a critique of fascism, but also as an investigation into the history of Marxism and the need for a liberal reformulation of socialism. In this first English- language edition, Nadia Urbinati highlights both the historical and theoretical importance of Liberal Socialism, which continued to inspire the anti-fascist movement “Giustizia e Liberta.” long after Rosselli’s assassination by Mussolini’s agents, and which outlines a possible rebirth of the socialist and democratic movements. Rosselli’s analysis provides an illuminating interpretation of the ideological crisis of Marxism, in its positivistic version, during the late nineteenth century and exposes the intellectual weakness of revisionist efforts to delineate new versions of Marx’s doctrine. He encourages readers to view socialism as an ethical ideal and to consider whether Marxist or liberal methods combine better with socialism to achieve that ideal. Rosselli opts for a liberal socialism that avoids the shortcomings of uncontrolled laissez-faire but favors state intervention to secure public services and social rights.

"Nadia Urbinati's major achievement in bringing out this English edition of Carlo Rosselli's Liberal Socialismis to give a plausible ancestor to those of us on the left who are trying to cope with the contemporary crisis of socialist politics-determined to acknowledge its dimensions and to outlast it.... It is a remarkable text, with greater resonance today than any other that I can think of in the socialist tradition."—The New Republic

"In introducing Carlo Rosselli's Liberal Socialism to an English-speaking audience, Nadia Urbinati does us a double service. She contributes to our understanding of the history of democratic socialism and she also helps us reconsider the compatibility of liberal principles and socialist politics. Urbinati's introduction is an extremely informative guide to this important book."—Amy Gutmann, Princeton University