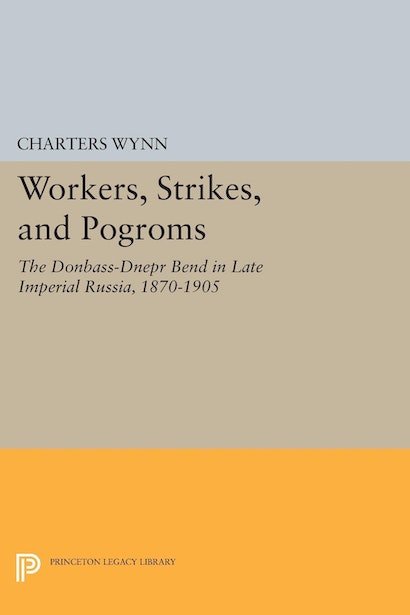 In this major reassessment of Russian labor history, Charters Wynn shows that in Imperial Russia’s primary steel and mining region the same class that posed a powerful challenge to the tsarist government also undermined the revolutionary movement with its pogromist violence. From the last decades of the nineteenth century through Russia’s First Revolution in 1905, the revolutionary parties succeeded in inciting the predominantly young, male “peasant-workers” of the Donbass-Dnepr Bend region to take part in general strikes, rallies, and armed confrontation with troops. However, the parties were never able to control the unrest their agitation helped unleash: Wynn provides evidence that the workers also committed devastating pogromist attacks on Jews, radical students, and artisans. Until now the prevailing image of the Russian working class has been largely based on the skilled and educated workers of St. Petersburg and Moscow. By focusing on the unskilled and semi-skilled laborers of the ethnically diverse Donbass-Dnepr Bend region, Wynn reveals the “low consciousness” that coexisted with radicalism within the Russian working class and traces its origins in the bleak and violent frontier culture of the pit villages and steel towns.