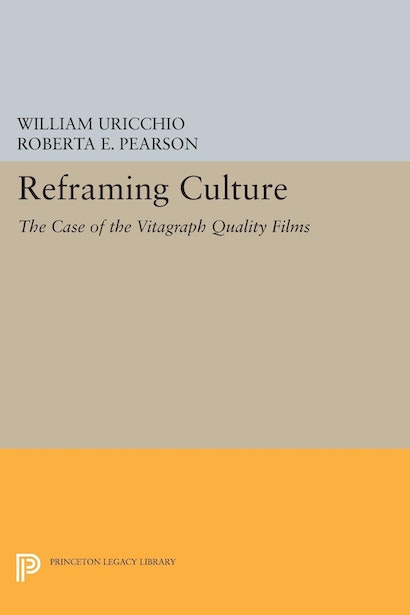 The works of Shakespeare and Dante or the figures of George Washington and Moses do not often enter into popular conceptions of the silent cinema, yet, between 1907 and 1910, the Vitagraph Company frequently used such material in producing “quality” films that promulgated “respectable” culture. William Uricchio and Roberta Pearson situate these films in an era of immigration, labor unrest, and mainstream American xenophobia, in order to explore the cultural views promoted by the films and the ways the audiences — the middle classes as well as workers and immigrants — related to what they saw. The authors associate the production of quality films with a top-down forging of cultural consensus on issues such as patriotism and morality, and reveal the surprising bottom-up negotiations of these films’ “meanings.”.

Devoting chapters to the literary, historical, and biblical subjects used by Vitagraph, this book draws upon plays, pageants, school textbooks, and even product advertisements to illuminate the conditions of cinematic production and reception. It provides a detailed look at one aspect of the film industry’s transformation from “despised cheap amusement” to the nation’s dominant mass medium, while showing how cultural elites engaged in a struggle similar to that of today’s American academy over the literary canon and national value systems.

"Vitagraph, the largest of the New York studios during the early part of the century, made numerous films based in literary classics, historical events, and Biblical Lore. The authors make a convincing case that the 'Vitagraph Quality Films' series played an important role in improving the cultural status of the movies."—American Cinematographer