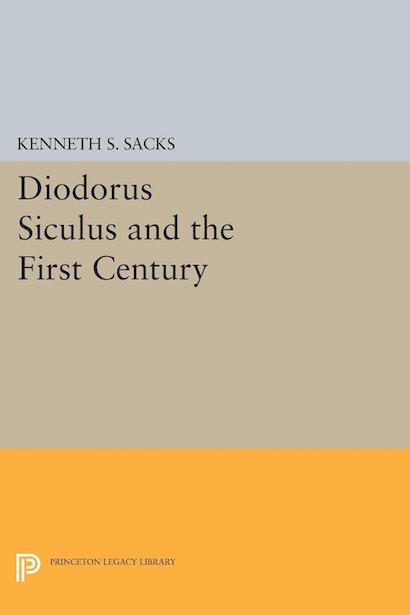 Living in Rome during the last years of the Republic, Diodorus of Sicily produced the most expansive history of the ancient world that has survived from antiquity — the Bibliotheke. Whereas Diodorus himself has been commonly seen as a “mere copyist” of earlier historical traditions, Kenneth Sacks explores the complexity of his work to reveal a historian with a distinct point of view indicative of his times.

Sacks focuses on three areas of Diodorus’s history writing: methods of organization and style, broad historical and philosophical themes, and political sentiments. Throughout, Diodorus introduced his own ideas or refashioned those found in his sources. In particular, his negative reaction to Roman imperial rule helps to illuminate the obscure tradition of opposition historiography and to explain the shape and structure of the Bibliotheke. Viewed as a unified work reflecting the intellectual and political beliefs of the late Hellenistic period, the Bibliotheke will become an important source for interpreting first-century moral, political, and intellectual values.