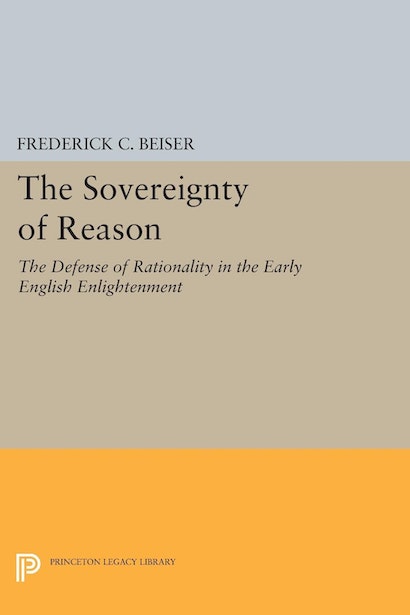 The Sovereignty of Reason is a survey of the rule of faith controversy in seventeenth-century England. It examines the arguments by which reason eventually became the sovereign standard of truth in religion and politics, and how it triumphed over its rivals: Scripture, inspiration, and apostolic tradition. Frederick Beiser argues that the main threat to the authority of reason in seventeenth-century England came not only from dissident groups but chiefly from the Protestant theology of the Church of England. The triumph of reason was the result of a new theology rather than the development of natural philosophy, which upheld the orthodox Protestant dualism between the heavenly and earthly. Rationalism arose from a break with the traditional Protestant answers to problems of salvation, ecclesiastical polity, and the true faith. Although the early English rationalists were not able to defend all their claims on behalf of reason, they developed a moral and pragmatic defense of reason that is still of interest today.

Beiser’s book is a detailed examination of some neglected figures of early modern philosophy, who were crucial in the development of modern rationalism. There are chapters devoted to Richard Hooker, the Great Tew Circle, the Cambridge Platonists, the early ethical rationalists, and the free-thinkers John Toland and Anthony Collins.

"The developments covered in this book have often been neglected, and it is more than useful to have the story well told."—Choice