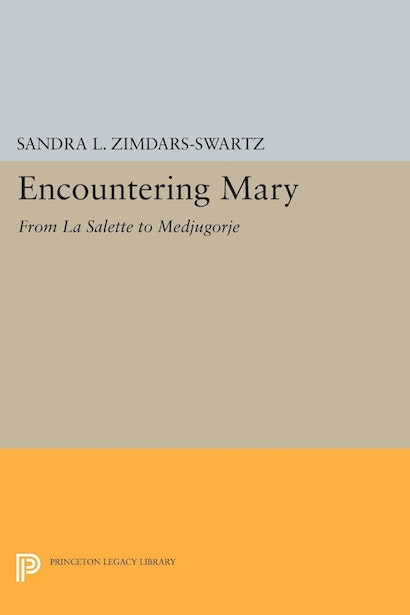 In the past two centuries hundreds of apparitions of the Virgin Mary have been reported, drawing crowds to the seers and the sites and constituting events of great religious significance for millions of people worldwide. Here Sandra Zimdars-Swartz provides a detective-like investigation of the experiences and interpretations of six major apparitions, including those at La Salette and Lourdes in France during the mid-nineteenth century; at Fatima, Portugal, in 1917; and the more recent ones at San Damiano, Italy; Garabandal, Spain; and Medjugorje, Yugoslavia, where the apparitions continue. Adopting a phenomenological approach to these “encounters with Mary” — one that is neither apologetic nor antagonistic — the author explores the tension between the personal meaning of the events for their subjects and the public appropriation of this meaning by a larger religious community. Along the way she examines the backgrounds of the seers, their willingness or reluctance to talk about the apparitions and their messages, the amount of emotional support they received from family and community as news of the apparitions spread, the reports of miracles at apparition sites, the reactions of local authorities, and the steps taken by the Roman Catholic Church in officially recognizing or rejecting the apparitions as worthy of belief. The author concludes with a survey of religious worldviews based on Marian apparitions, focusing especially on the now-popular transcultural apocalyptic nature of these messages to the modern world.

"A fascinating study of seven apparitions of the Virgin Mary reported since 1846 and of how such events, usually cryptic at first, are interpreted and accepted-or not-by ecclesiastical authority."—New York Times Book Review