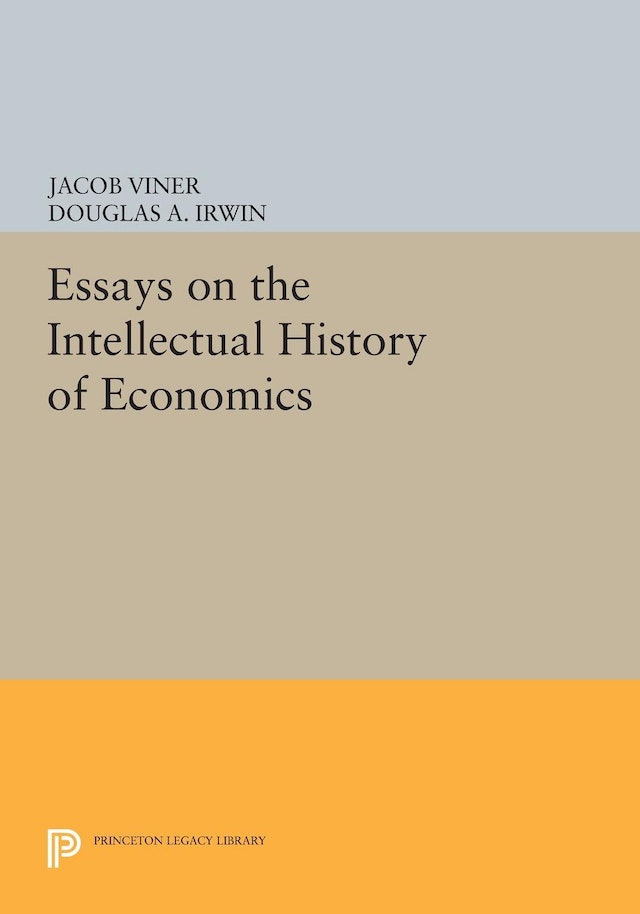 Ranking among the most distinguished economists and scholars of his generation, Jacob Viner is best remembered for his work in international economics and in the history of economic thought. Mark Blaug, in his Great Economists Since Keynes (Cambridge, 1985) remarked that Viner was “quite simply the greatest historian of economic thought that ever lived.” Never before, however, have Viner’s important contributions to the intellectual history of economics been collected into one convenient volume. This book performs this valuable service to scholarship by reprinting Viner’s classic essays on such topics as Adam Smith and laissez-faire, the intellectual history of laissez-faire, and power versus plenty as an objective of foreign policy in the seventeenth and eighteenth centuries. Also included are Viner’s penetrating and previously unpublished Wabash College lectures. “Jacob Viner was one of the truly great economists of this century as both teacher and scholar. This collection … covers a wide range with special emphasis on the history of thought. Today’s economists will find [the essays] just as thought-provoking and as illuminating as did his contemporaries. They have aged very well indeed.” — Milton Friedman, Hoover Institution “Jacob Viner was a great and original economic theorist. What is rarer, Viner was a learned scholar. What is still rarer, Viner was a wise scientist. This new anthology of his writings on intellectual history is worth having in every economist’s library — to sample at intervals over the years in the reasoned hope that Viner’s wisdom will rub off on the reader and for the pleasure of his writing.” — Paul A. Samuelson, MIT “I am frankly jealous of those who will be reading Viner’s essays for the first time, marvelling at his learning, amused by his dry wit, instructed by his wisdom. But although I cannot share their joy of discovery, I shall be able to savor the subtleties that emerge from rereading these splendid essays.” — George J. Stigler, University of Chicago “This volume will be a treat for the reader who appreciates scholarship, felicitous use of language, and the workings of a great mind. The Wabash lectures are gems, and the introduction by Douglas Irwin contributes significantly to our understanding of Viner’s accomplishments.” — William J. Baumol, Princeton University/New York University

"This attractive collection of nineteen of Viner's richest essay efforts concerning the evolution of economists' thinking ... is a rare book, one which anyone who aspires for his mind to be more than an intellectual machine should read, reflect upon, react to, and then decide what he thinks about what some call economic science."—Journal of the History of Economic Thought