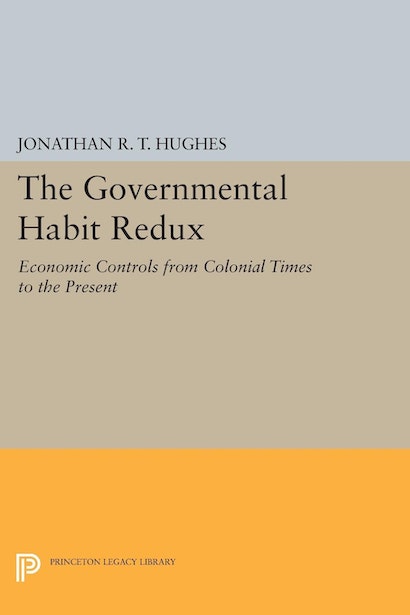 To the distinguished economic historian Jonathan Hughes, the ambiguous outcomes of attempted deregulation signal America’s urgent need to probe the origins of our vast and chaotic maze of government economic controls. Why do government restrictions on the economy continue to proliferate, in spite of avowed efforts to allow the market a freer rein? How did this complicated network of nonmarket economic controls come about and whose purposes does it serve? How can we render such controls less destructive of productivity and wealth-creating activity? While exploring these questions, Jonathan Hughes updates his classic book The Governmental Habit to reflect the experience of what he calls the “wild ride” of the last fifteen years and to include a survey of new thinking about the problems of government intervention and control of economic life. Hughes’s comprehensive work provides a narrative history of governmental involvement in the U.S. economy from the colonial period to the present, arguing convincingly that the “governmental habit” is deeply rooted in the country’s past. In the lively and accessible style of the earlier book, The Governmental Habit Redux contends that modern American government is basically an enormous version of American colonial regimes. Changes in scale have transformed what was once an acceptable pattern into a conglomeration of inefficient and wasteful bureaucracies.