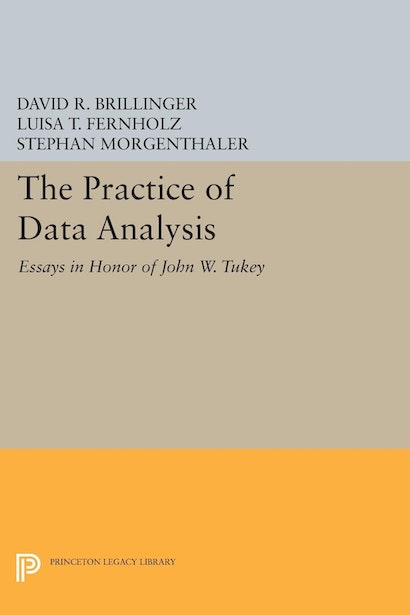 This collection of essays brings together many of the world’s most distinguished statisticians to discuss a wide array of the most important recent developments in data analysis. The book honors John W. Tukey, one of the most influential statisticians of the twentieth century, on the occasion of his eightieth birthday. Contributors, some of them Tukey’s former students, use his general theoretical work and his specific contributions to Exploratory Data Analysis as the point of departure for their papers. They cover topics from “pure” data analysis, such as gaussianizing transformations and regression estimates, and from “applied” subjects, such as the best way to rank the abilities of chess players or to estimate the abundance of birds in a particular area.

Tukey may be best known for coining the common computer term “bit,” for binary digit, but his broader work has revolutionized the way statisticians think about and analyze sets of data. In a personal interview that opens the book, he reviews these extraordinary contributions and his life with characteristic modesty, humor, and intelligence. The book will be valuable both to researchers and students interested in current theoretical and practical data analysis and as a testament to Tukey’s lasting influence.

"An eclectic but consistently stimulating collection of essays. . . . Students of statistics will find fresh ideas (and a few potential research topics). Those interested in data analysis will find provocative articles. All will find a remarkably diverse and readable book in which the wisdom/theorem ratio is unusually high."—Journal of the American Statistical Association