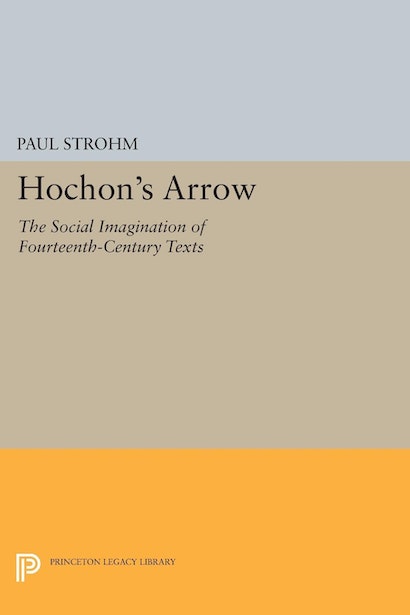 “The paradox of the lie that might as well be true,” writes Paul Strohm, “must interest anyone who seeks to understand texts in history or the historical influence of texts.” In these seven essays, all recent and most published here for the first time, the author examines historical and literary texts from fourteenth-century England. He not only demonstrates the fictionality of narrative and documentary sources, but also argues that these fictions are themselves fully historical. Together the essays institute a dialogue between texts and events that restores historical documents and literary works to their larger environments. Strohm begins by inspecting legal records that accuse Hochon of Liverpool in 1384 of threatening to shoot an arrow at a political adversary urinating against a wall, and shows how the text embodies and interconnects language, social space, and historical interpretation itself. Throughout his analyses, which cover such topics as Chaucer’s verses on the accession of Henry IV, Froissart’s account of Queen Philippa interceding for the burghers of Calais, and Thomas Usk’s accusations against John Northampton, Strohm alerts us to the distortions of textuality itself while challenging our notions of “invented” and “true.”

"An original and facinating study . . . Neither traditional literary criticism nor traditional historiography, this book develops a highly effective position from which to consider medival texts in relation to their moment. Stroem's intellectual generosity and the and the ugaurded accessiblity of his writing serve his erudition admirably, resulting in a baook that holds rewards for all who read it."—Modern Philology