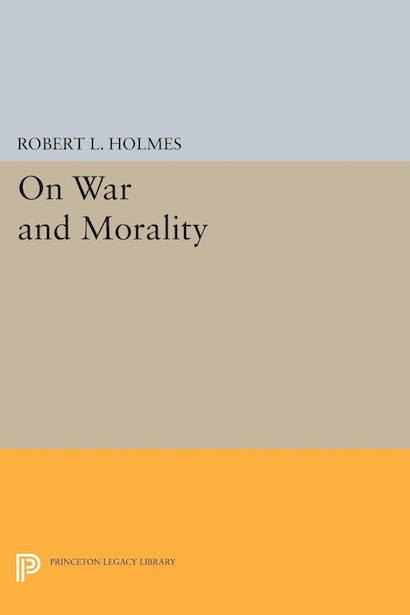 The threat to the survival of humankind posed by nuclear weapons has been a frightening and essential focus of public debate for the last four decades and must continue to be so if we are to avoid destroying ourselves and the natural world around us. One unfortunate result of preoccupation with the nuclear threat, however, has been a new kind of “respectability” accorded to conventional war. In this radical and cogent argument for pacifism, Robert Holmes asserts that all war — not just nuclear war — has become morally impermissible in the modern world. Addressing a wide audience of informed and concerned readers, he raises dramatic questions about the concepts of “political realism” and nuclear deterrence, makes a number of persuasive suggestions for nonviolent alternatives to war, and presents a rich panorama of thinking about war from St. Augustine to Reinhold Niebuhr and Herman Kahn.

Holmes’s positions are compellingly presented and will provoke discussion both among convinced pacifists and among those whom he calls “militarists.” “Militarists,” we realize after reading this book, include the majority of us who live a friendly and peaceful personal life while supporting a system which, if Holmes is correct, guarantees war and risks eventual human extinction.