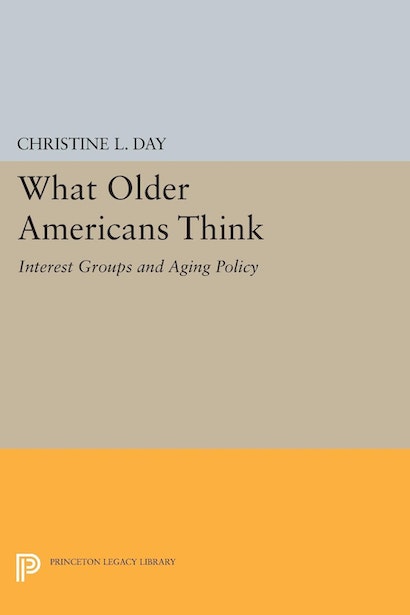 As the much publicized “graying of America” progresses, political groups that lobby for the elderly have achieved enormous power and organizational success, with no sign of decline in the foreseeable future. What Older Americans Think provides a fresh look at these groups. Are older people united in support of increasing old-age benefits — or perhaps even obsessed with their own financial self-interest, as is sometimes alleged? Do younger people tend to oppose old-age benefits? Why do aging-based political organizations attract so many members? How do Washington policymakers see the “gray lobby”? Focusing on the last decade, Christine Day offers new answers to these and other questions.

Drawing on survey data and interviews with organization leaders, congressional staff, and executive branch employees, Day presents an objective, rather than an impressionistic, view. Her findings dispel the myth that older people agree in a desire to receive expanded government benefits: they are no more likely than younger people to support more federal spending on the elderly, or to consider aging policy a highly salient issue. Day also reveals that while older people have become wealthier as a group, they have also become economically more diverse. Old-age interest groups have little control over the degree of inequality between the rich and the poor.