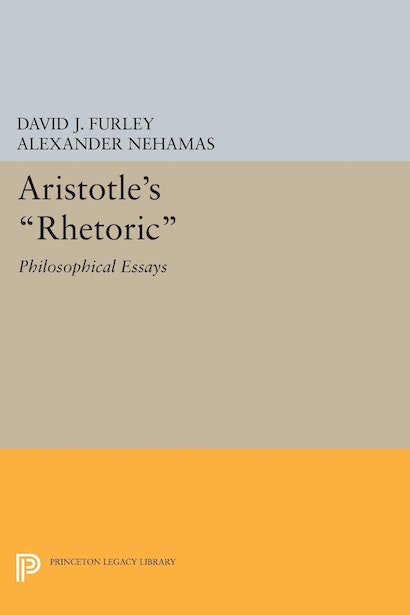 In the field of philosophy, Plato’s view of rhetoric as a potentially treacherous craft has long overshadowed Aristotle’s view, which focuses on rhetoric as an independent discipline that relates in complex ways to dialectic and logic and to ethics and moral psychology. This volume, composed of essays by internationally renowned philosophers and classicists, provides the first extensive examination of Aristotle’s Rhetoric and its subject matter in many years. One aim is to locate both Aristotle’s treatise and its subject within the more general context of his philosophical treatment of other disciplines, including moral and political theory as well as poetics. The contributors also seek to illuminate the structure of Aristotle’s own conception of rhetoric as presented in his treatise.

The first section of the book, which deals with the arguments of rhetoric, contains essays by M. F. Burnyeat and Jacques Brunschwig. A section treating the status of the art of rhetoric features pieces by Eckart Schütrumpf, Jürgen Sprute, M. M. McCabe, and Glenn W. Most. Essays by John M. Cooper, Stephen Halliwell, and Jean-Louis Labarrière address topics related to rhetoric, ethics, and politics. The final section, on rhetoric and literary art, comprises essays by Alexander Nehamas and André Laks.