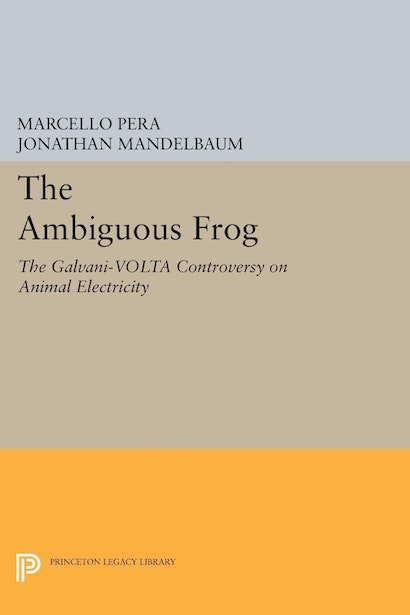 How do ideas become accepted by the scientific community? How and why do scientists choose among empirically equivalent theories? In this pathbreaking book translated from the Italian, Marcello Pera addresses these questions by exploring the politics, rhetoric, scientific practices, and metaphysical assumptions that entered into the famous Galvani-Volta controversy of the late eighteenth century. This lively debate erupted when two scientists, each examining the muscle contractions of a dissected frog in contact with metal, came up with opposing but experimentally valid explanations of the phenomenon. Luigi Galvani, a doctor and physiologist, believed that he had discovered animal electricity (electrical body fluid existing naturally in a state of disequilibrium), while the physicist Alessandro Volta attributed the contractions to ordinary physical electricity. Beginning with the electrical concepts understood by scientists in the 1790s, Pera traces the careers of Galvani and Volta and explains their laboratory procedures. He shows that their controversy derived from two basic, irreducible interpretations of the proper nature of a common domain: Galvani saw the frog phenomenon as the work of biological organs, Volta as that of a physical apparatus. The initial preference for Volta’s theory, maintains Pera, depended not on clear-cut methodological rules, but on a dialectical dispute for which the renowned physicist was better equipped, partly because he shared the dominant metaphysical views of his time.