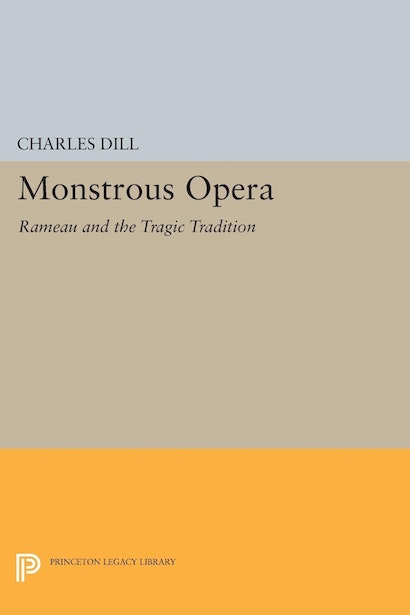 One of the foremost composers of the French Baroque operatic tradition, Rameau is often cited for his struggle to steer lyric tragedy away from its strict Lullian form, inspired by spoken tragedy, and toward a more expressive musical style. In this fresh exploration of Rameau’s compositional aesthetic, Charles Dill depicts a much more complicated figure: one obsessed with tradition, music theory, his own creative instincts, and the public’s expectations of his music. Dill examines the ways Rameau mediated among these often competing values and how he interacted with his critics and with the public. The result is a sophisticated rethinking of Rameau as a musical innovator.

In his compositions, Rameau tried to highlight music’s potential for dramatic meanings. But his listeners, who understood lyric tragedy to be a poetic rather than musical genre, were generally frustrated by these attempts. In fact, some described Rameau’s music as monstrous — using an image of deformity to represent the failure of reason and communication. Dill shows how Rameau answered his critics with rational, theoretical arguments about the role of music in lyric tragedy. At the same time, however, the composer sought to placate his audiences by substantially revising his musical texts in later performances, sometimes abandoning his most creative ideas.

Monstrous Opera illuminates the complexity of Rameau’s vision, revealing not only the tensions within the music but also the conflicting desires that drove the man — himself caricatured by his contemporaries as a monster.