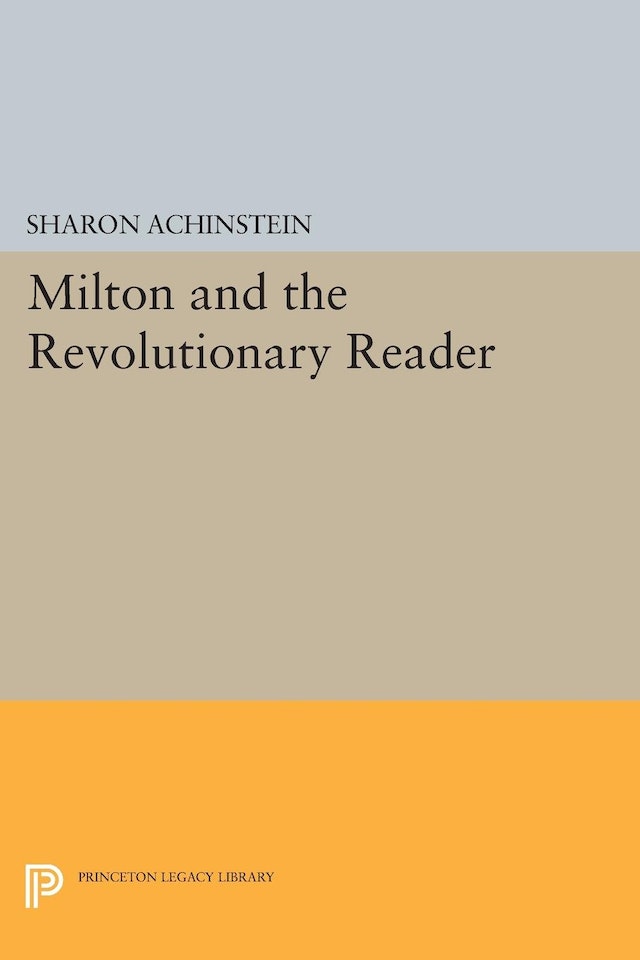 The English Revolution was a revolution in reading, with over 22,000 pamphlets exploding from the presses between 1640 and 1661. What this phenomenon meant to the political life of the nation is the subject of Sharon Achinsteins book. Considering a wide range of writers, from John Milton, Thomas Hobbes, John Lilburne, John Cleveland, and William Prynne to a host of anonymous scribblers of every political stripe, Achinstein shows how the unprecedented outpouring of opinion in mid-seventeenth-century England created a new class of activist readers and thus helped to bring about a revolution in the form and content of political debate. By giving particular attention to Miltons participation in this burst of publishing, she challenges critics to look at his literary practices as constitutive of the political culture of his age.

Traditional accounts of the rise of the political subject have emphasized high political theory. Achinstein seeks instead to picture the political subject from the perspective of the street, where the noisy, scrappy, and always entertaining output of pamphleteers may have had a greater impact on political practice than any work of political theory. As she underscores the rhetorical, literary, and even utopian dimension of these writers efforts to politicize their readers, Achinstein offers us evidence of the kind of ideological conflict that historians of the period often overlook. A portrait of early modern propaganda, her work recreates the awakening of politicians to the use of the press to influence public opinion.

"This is an exciting study that all readers of Milton, at whatever level of competence will benefit from reading . . . the value of this book is its opening up of Milton's later poetry as a proper aspect of the cultural history of the period."—Modern Language Review