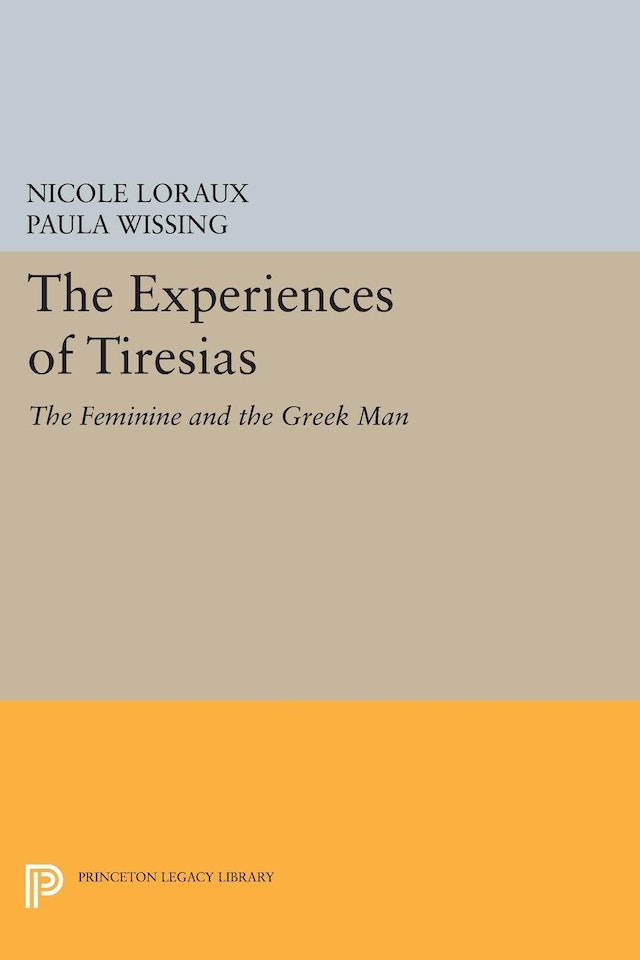 Nicole Loraux has devoted much of her writing to charting the paths of the Greek “imaginary,” revealing a collective masculine psyche fraught with ambivalence as it tries to grasp the differences between nature and culture, body and soul, woman and man. The Experiences of Tiresias, its title referring to the shepherd struck blind after glimpsing Athena’s naked body, captures this ambivalence in exploring how the Greek male defines himself in relationship to the feminine. In these essays, Loraux disturbs the idea of virile men and feminine women, a distinction found in official discourse and aimed at protecting the ideals of male identity from any taint of the feminine. Turning to epic and to Socrates, however, she insists on a logic of an inclusiveness between the genders, which casts a shadow over their clear, officially defined borders.

The emphasis falls on the body, often associated with feminine vulnerability and weakness, and often dissociated from the ideal of the brave, self-sacrificing male warrior. But heroes such as the Homeric Achilles, who fears yet fights bravely, and Socrates, who speaks of the soul through the language of the body, challenge these representations. The anatomy of pain, the heroics of childbirth, the sorrows of tears, the warrior’s wounds, and the madness of the soul: all these experiences are shown to engage with both the masculine and the feminine in ways that do not denigrate the experiences for either gender.

"Nicole Loraux documents, with delicate sensitivity to text and context, the mobility of the contrast between 'man' and 'the feminine'. . . . [Her] readings of tragedy are particularly compelling."—Mary Margaret McCabe, The Times Literary Supplement

"Nicole Loraux invites us on a journey across the Greek representations of the human body-its sufferings, its wounds, its death, as well as its beauty.... [Whereas the writings of such historians as Herodotus and Thucydides render women opaque,] Loraux washes the palimpsest and makes us rediscover the flesh and blood presence of the female body."—Pierre Chuvin, Le Monde

"Nicole Loraux's book is not only a subtle and rigorous study of the opposition between the masculine and the feminine, which so strongly shapes the Greek `imaginary.' It is also, through consistently illuminating rereadings of texts ranging from epics to works of historians, [an examination] of the diverse ways in which Greek men have denied femininity, not without having appropriated it to themselves in various forms."—Louise Bruit, Qinzaine littéraire

"Loraux is a pioneer in the analysis of gender difference and sexuality in classical Greece. Strongly opposed to polarized interpretations of `masculine' and `feminine,' she illuminates the complex and often contradictory interrelationship of the sexes in real life and in the Greek/Athenian social `imaginary.'. . . An essential work of classical scholarship."—Choice

"In her generous and passionate manner, Nicole Loraux brings into bloom an entire field of Greek studies and discovers, behind the serene images that Athenian democracy has created of itself, a terra incognita full of noise and fury."—Catherine David, Le Nouvel Observateur

"An incisive study of ancient Greek ideas about gender and sexuality, combining the perspectives of history, anthropology, and literary criticism."—Gregory Nagy, Harvard University

"Nicole Loraux's original and provocative The Experiences of Tiresias should be read by all those interested in gender studies and the classics. This diverse collection of essays explores the construction of the Greek male self through his imagined relationship to the feminine. Wissing's translation preserves much of the striking style of the original."—Helene P. Foley, Barnard College