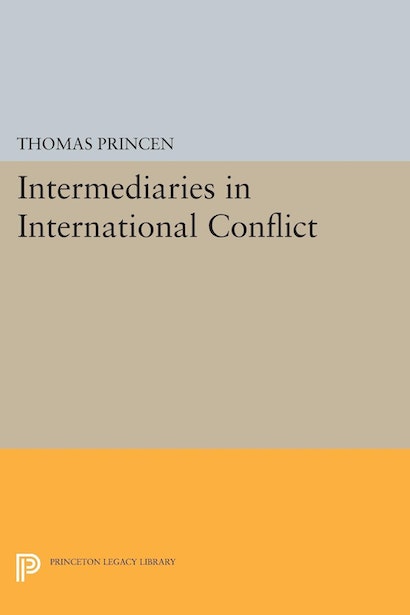 Few scholars have attempted to evaluate critically the role mediators play in managing international conflicts. Thomas Princen examines where mediation fits in the larger realm of diplomatic practice, going beyond the usual state-centric focus to account for the mediating activities of a wide range of actors-from superpowers to small states, from international organizations to nongovernmental groups.

"In the context of international politics, Princen provides enlightening answers to how intermediaries learn, how they develop their role, and how they function in the context of both the international system and domestic politics. The work draws from extensive contemporary research in the field of conflict resolution and will replace Oran R. Young's The Intermediaries: Third Parties in International Crises (1967) as the definitive text."—Choice

"Princen's book is an excellent—indeed, outstanding—work of its kind.... [Policymakers], like scholars, can draw on such work most profitably to deepen their understanding of this important international process."—Alan James, Survival