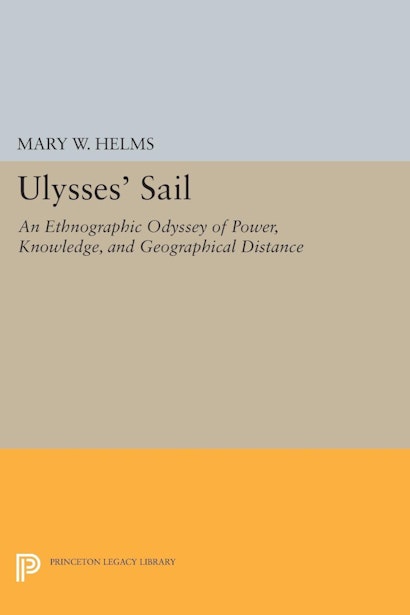 What do long-distance travelers gain from their voyages, especially when faraway lands are regarded as the source of esoteric knowledge? Mary Helms explains how various cultures interpret space and distance in cosmological terms, and why they associate political power with information about strange places, peoples, and things. She assesses the diverse goals of travelers, be they Hindu pilgrims in India, Islamic scholars of West Africa, Navajo traders, or Tlingit chiefs, and discusses the most extensive experience of long-distance contact on record — that between Europeans and native peoples — and the clash of cultures that arose from conflicting expectations about the “faraway.”.

The author describes her work as “especially concerned with the political and ideological contexts or auras within which long-distance interests and activities may be conducted … Not only exotic materials but also intangible knowledge of distant realms and regions can be politically valuable `goods,’ both for those who have endured the perils of travel and for those sedentary homebodies who are able to acquire such knowledge by indirect means and use it for political advantage.”