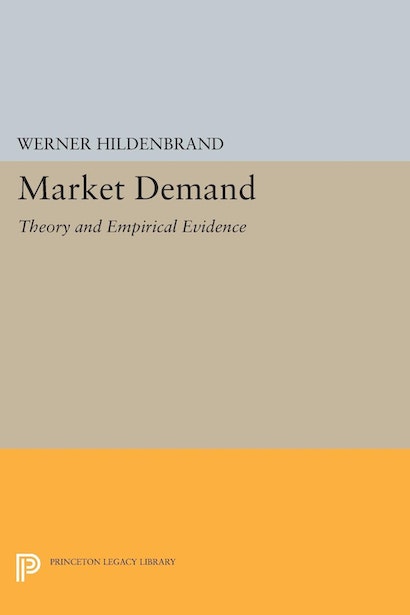 In a major work that is the culmination of over a decade of intensive research, Werner Hildenbrand presents a new theory of market demand, the principal aim of which is to identify the conditions under which the Law of Demand holds true. Hildenbrand argues that the Law of Demand is due mainly to the “heterogeneity” of the population of households. In his view, “rationality” of individual behavior plays only a minor role. While the traditional approach to the theory of market demand is to analyze the question, To what extent are the postulated properties of individual behavior preserved by going from individual to market demand?, this book asks the question, Which properties of the market demand function are created by the aggregation process?.

Two hypotheses on the population of households play a key role in Hilden-brand’s thinking. The first is the “increasing dispersion” and the second the “increasing spread” of households’ demand. These hypotheses can easily be interpreted and are a priori plausible. For a positive theory of market demand, according to Hildenbrand, it is more important that the hypotheses are well supported by empirical evidence. His claims in this important new book are based on a nonparametric statistical data analysis of the U.K. Family Expenditure Survey and the French Enquête Budget de Famille.