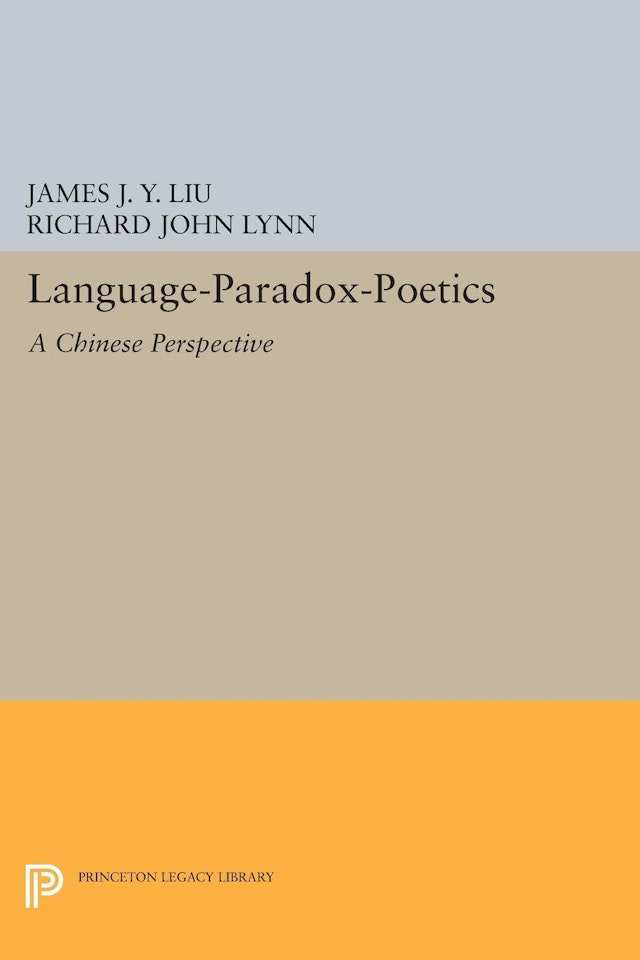 In attempting to define a “poetics of paradox” from a traditional Chinese standpoint, James Liu explores through a comparative approach linguistic, textual, and interpretive problems of relevance to Western literary criticism. Liu’s study evolves from a paradoxical view — originating from early Confucian and Daoist philosophical texts — that the less is “said” in poetry, the more is “meant.” Such a view implied the existence of paradox in the very use of language and led traditional Chinese hermeneutics to a study of “metaparadox” — the use of language to explicate texts the meaning of which transcends language itself.

As Liu illustrates elements of traditional Chinese hermeneutics with examples of poetic and critical works, he makes comparisons with the works of such Western literary figures as Shakespeare, Mallarme, Pound, Ionesco, Derrida, and Shepard. The comparisons bring to light a crucial difference in conceptualization of language: Chinese critics, especially those influenced by Daoism and Buddhism, seem to have held a deitic view of language (language points to things), whereas Western critics seem to have thought of language as primarily mimetic (language represents things). Liu examines the consequences of these views, showing how both offer insights into the “meaning” of text and to what extent both have led to a “metaparadox of interpretation.”